thd9791 said:
Yes, I have some suggestions too.

Painter's tape is great for masking off stuff to protect it - but stick the tape to your shirt or pants first, and rip it off. Less chance of it peeling off paint.

I'm amazed the lacquer didn't mess with the Ace enamel! You can usually lay acrylic over enamel over lacquer but not the other way around. Harder stuff goes on bottom (lacquer) and the solvents are usually stronger or something. but hey, if it worked, don't mess with it, you nailed it!

The real props themselves did not stay pretty either. In the close-ups you can see damage, scratches, etc. so I consider light damage to be authentic
Click to expand...

It depends on how long the enamel has cured, and especially which brand of lacquer you're using. The old Krylon crystal clear aerosol was a lacquer that was advertised as being able to topcoat anything, as it was SUPER thin and so dried in only a minute or two. Even then, it was possible for it to cause problems if you didn't follow the directions to use multiple thin coats.

Other lacquer aerosols are advertised as being "triple thick" and the can says they take 15 minutes to dry. You'd likely not get away with using those lacquers over enamel, no matter how thin you attempt to spray them or how long the enamel has had to dry.

RPF PREMIUM MEMBER
I'm here to cause more trouble. Can those with better castings of the hero answer some questions I have?

First off, my casting caught the texture of crap all over the left button and the underside of both buttons have striations on them, as if they were cut with a saw. This could change my idea of the source of these, and I can't make the underside out in pictures of the prop. is this another glue smear or is the underneath totally different?

Also I had a really obvious resin bubble in between the buttons on this casting. (2nd Gen from the recent run, forgot the member, but he brought it out of retirement for one more run, brundlefly?) so I decided to pick out the bubble with an X-acto knife and folded sandpaper to see what was under it. Welp...

1) at the top of the buttons, the recess goes all the way back to the box.
2) at the bottom there is actually something there, but it's not flush with the buttons underneath and I don't see any straight lines anywhere, as you'd see with a factory made attached button. 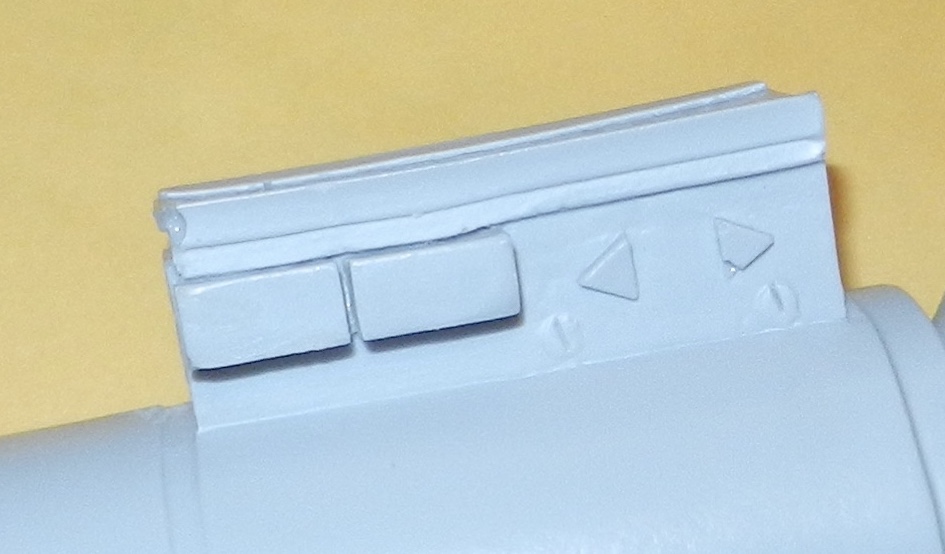 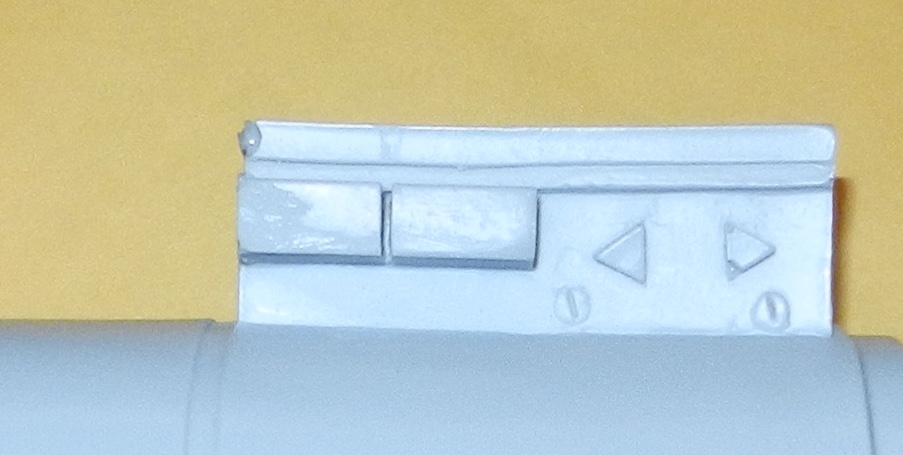 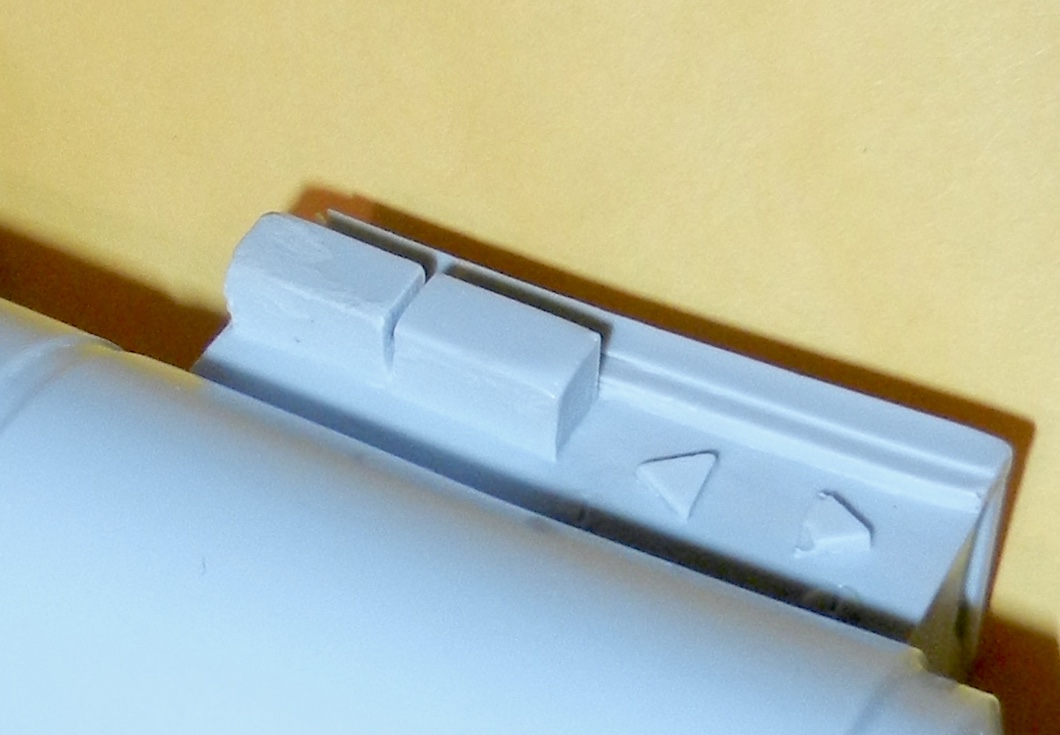 this casting is a little soft in detail (no arrow plate line for example), so it's hard to tell what is original to the first cast or something from the recent pull.

So, it's initially looking like glue in the channel or resin that is covering a spine that's actually there, but it would have to be tiny. The topography here is basically a ramp leading to that curved area at the bottom.
A

RPF PREMIUM MEMBER
Tom, it could also just be the point at which the silicon stopped drippling down. Depending on how viscous the rubber was, at some point, it won't separate and fill any crevasse, it will just cling to itself.

RPF PREMIUM MEMBER
Yea, that's right, I've had that happen with Unimax switch molds... so maybe whatever is in there wasn't molded if thats the case?

Also very curious if anyone's casts have those ridges underneath the buttons, as an aside

RPF PREMIUM MEMBER
mine does. I’m pretty firmly in my camp of jeweler saw and file marks where they cut the Yuma lever to look like two squared buttons.

thd9791 said:
Yes, I have some suggestions too.

Painter's tape is great for masking off stuff to protect it - but stick the tape to your shirt or pants first, and rip it off. Less chance of it peeling off paint.

I'm amazed the lacquer didn't mess with the Ace enamel! You can usually lay acrylic over enamel over lacquer but not the other way around. Harder stuff goes on bottom (lacquer) and the solvents are usually stronger or something. but hey, if it worked, don't mess with it, you nailed it!

The real props themselves did not stay pretty either. In the close-ups you can see damage, scratches, etc. so I consider light damage to be authentic
Click to expand...

Yeah I wasn't sure what the ACE paint was made of (acrylic/lacquer/etc.) so it was a risk using lacquer based topcoat. BUT Tamiya's topcoat is a synthetic lacquer and not very hot at all. I spray really thin coats and build them up. I even use it on waterslide decaled models, with no adverse effects. I'm using their modeling tape as well to protect the paint during install. Like you suggested, I've "linted it up" so to speak. But it's a reallllly mild cling to begin with as well. I use it on really delicate papers for fine art purposes and it's gentle as hell.

RPF PREMIUM MEMBER
This shot makes me think even the bottom has a groove. 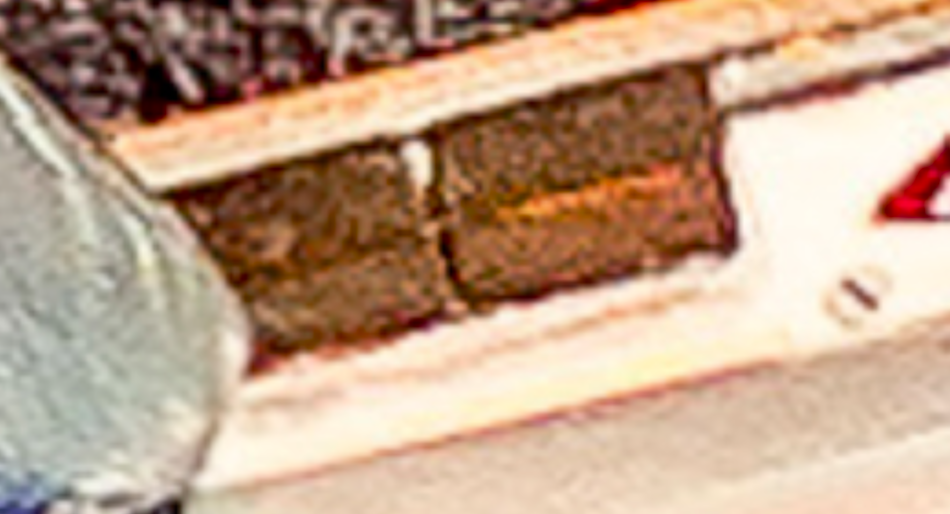 Some other shots, showing how dull and absorbing of light the finish is, not like painted metal but plastic

I may have said it before, I see saw marks in between the buttons on that last photo

RPF PREMIUM MEMBER
I used the 3mm rail as a very general thing to compare to (Edit: I could be wrong about the first one, if we are seeing a hole peek out behind the front button, then it's at least a perfect rectangle. Not square though)

I think the front one is cut crooked on the back, making it tilt forward. 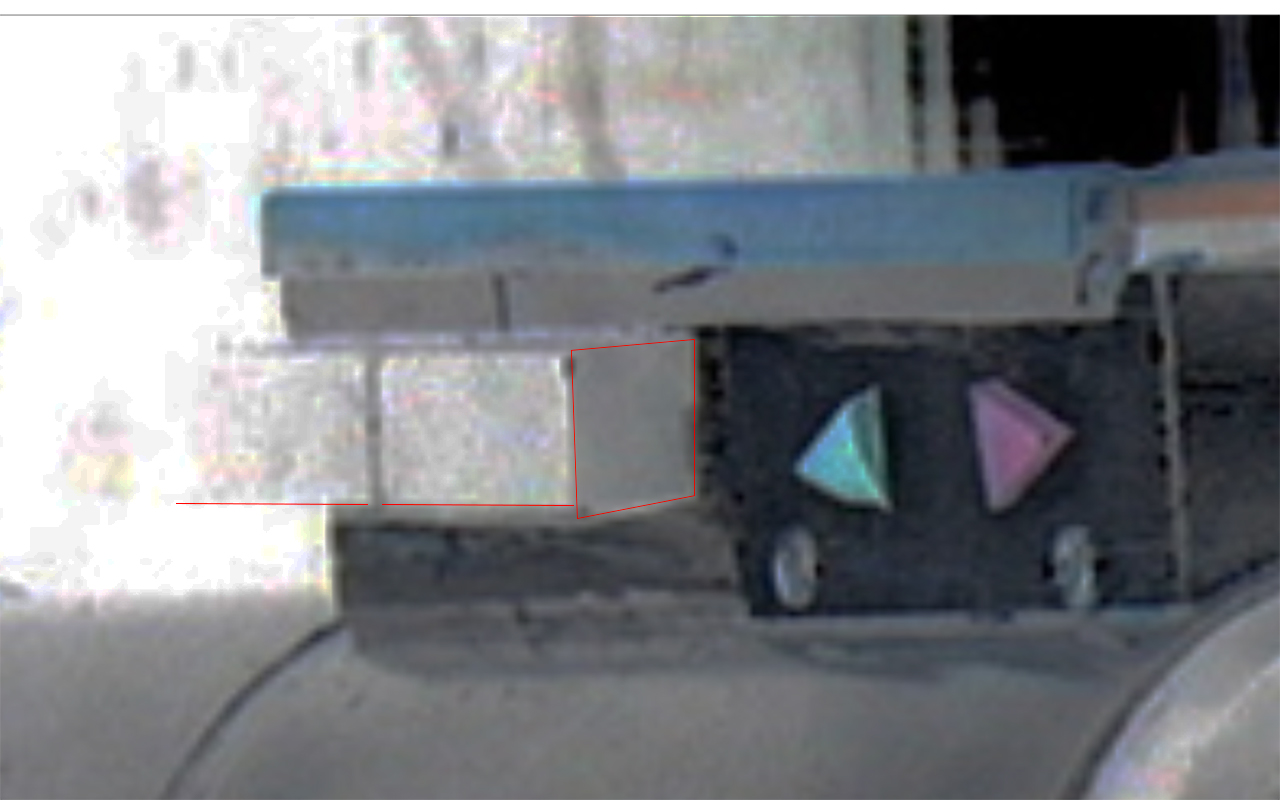 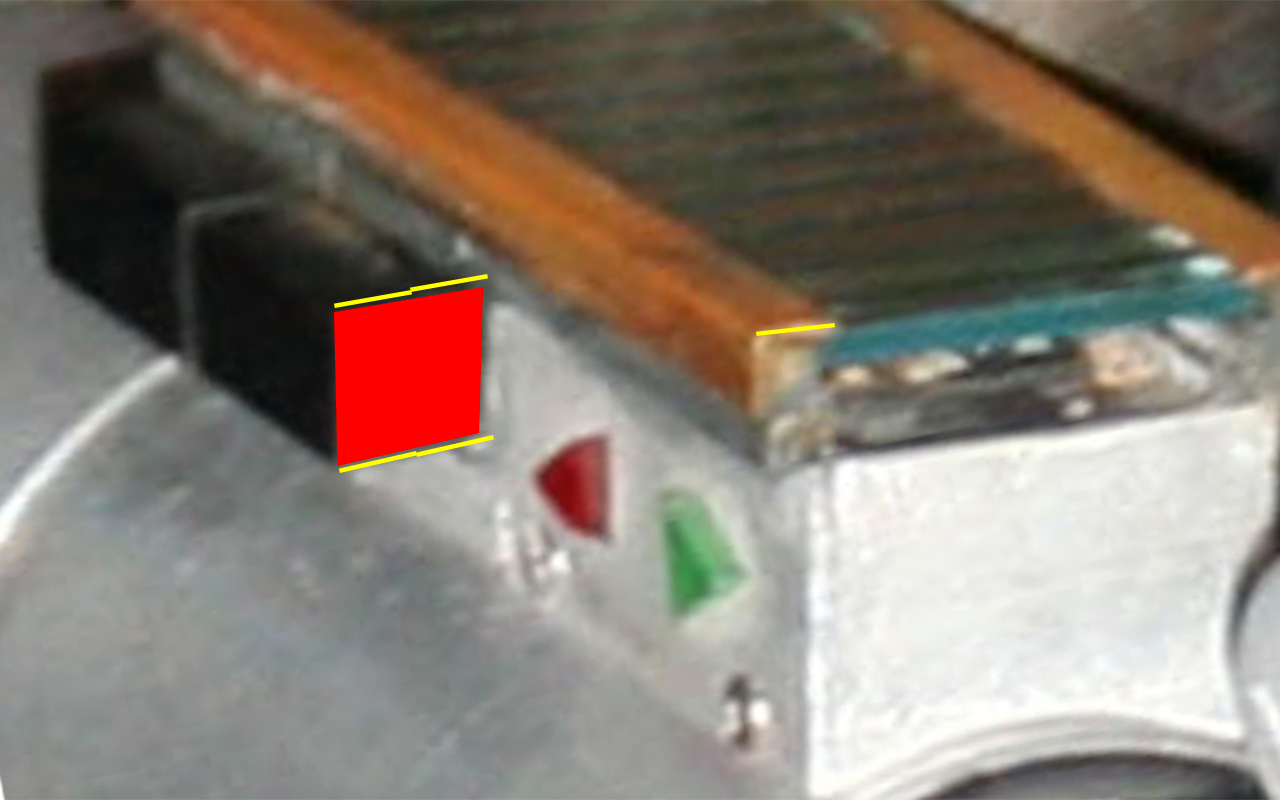 The back one looks straight but it's not a perfect square.

Amazing what you guys show with photoshop. Nice work! 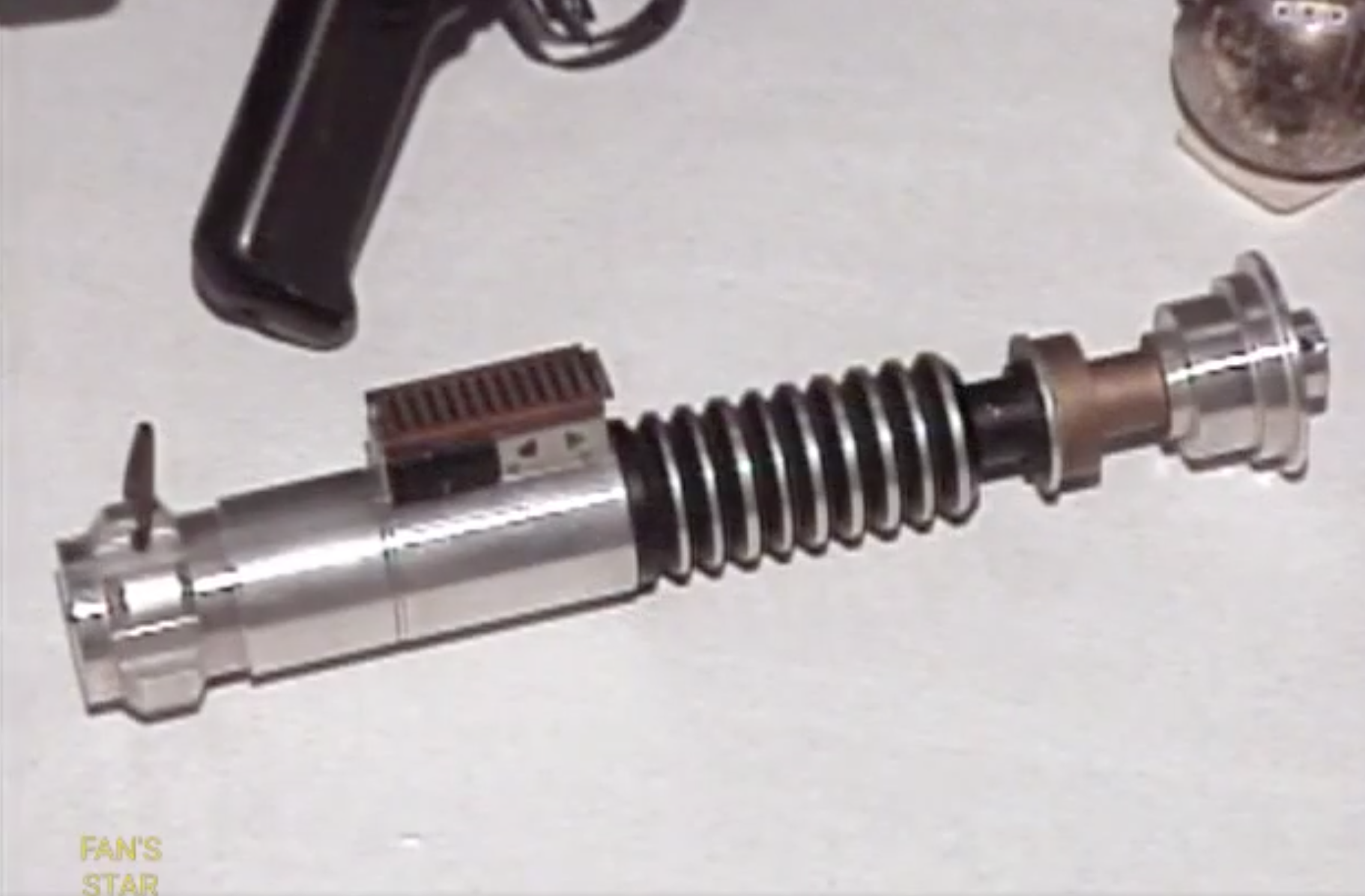 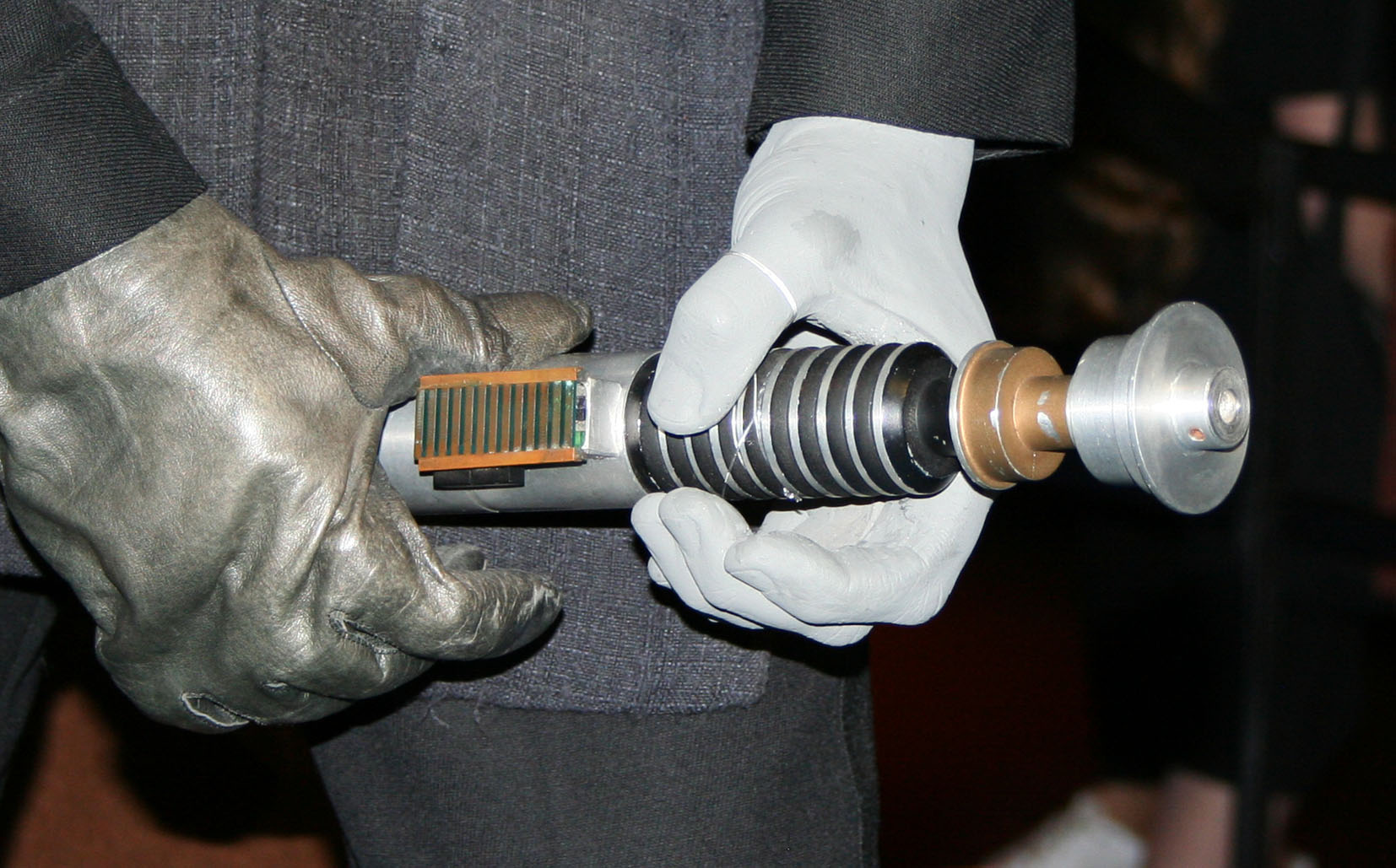 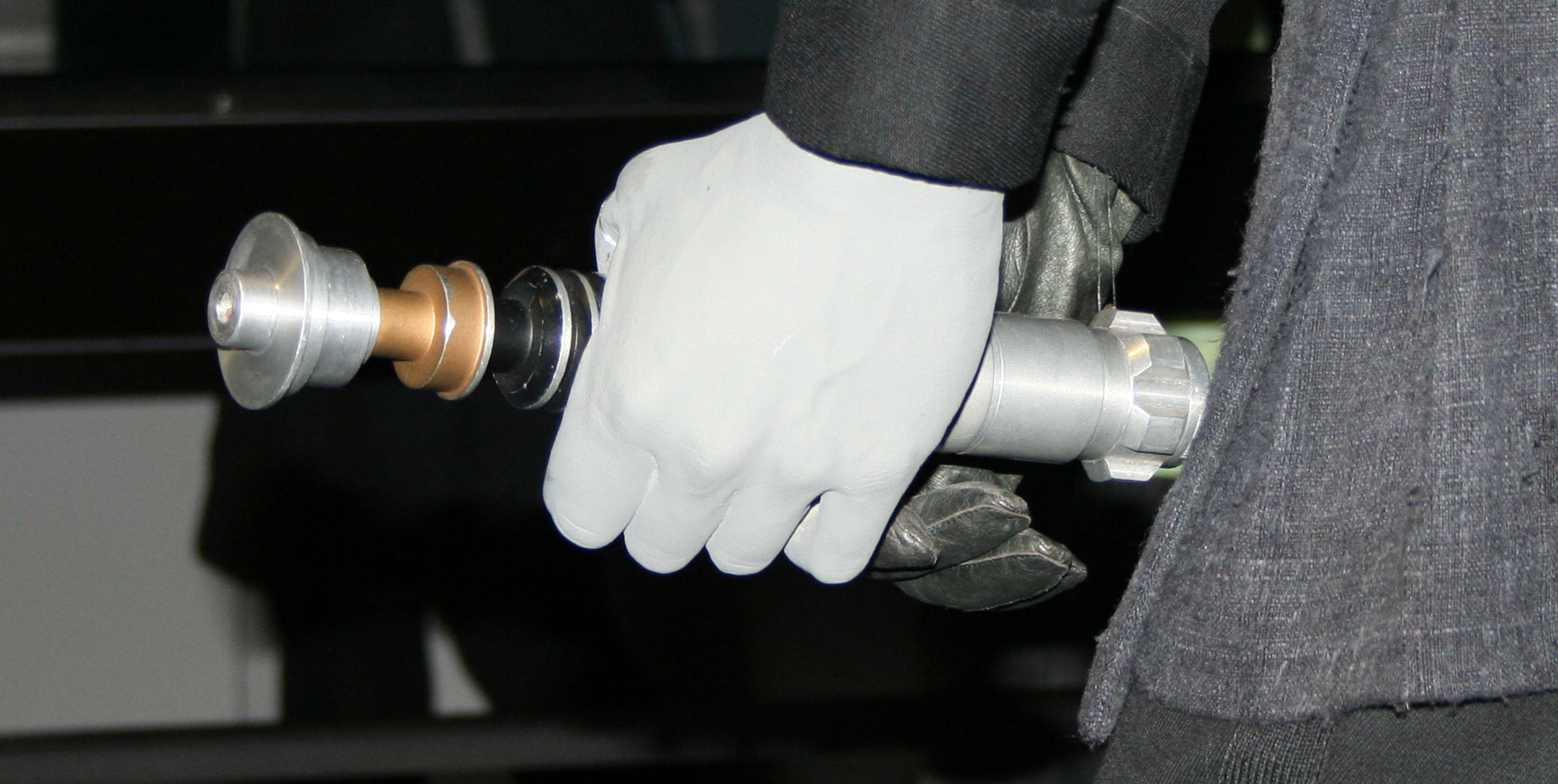 On my monitor these look exactly like how ACE Antique Gold looks painted on my saber (under incandescent light). But when I take a picture of it with my phone it turns out more yellowish/brassy looking. I guess what I'm trying to say is this paint seems to be tricky for the cameras to capture correctly and it also changes nuances based on the light condition. Add to this monitor gamut and calibration and it's hard to tell 100% what the real color is (I've never seen the prop in person)

I've personally been using Humbrol 54 (spray can version) and really love the color of it.

It's a bit of a challenging paint in terms of adhesion, but has that look of the original prop where it will look anywhere from a dark gold to a more copper-like tone.

You can see some pictures of mine here (slightly weathered on top of the Humbrol):

So, quite a few updates on this one! I planned on making relatively small changes, but after royally messing up my triangle plate while trying to accomodate a set of new triangles, I decided to expand my modifications. Initially planning to replace the triangle plate with whatever exisiting...