RPF PREMIUM MEMBER
DaveP Those look great! I’m itching to do another build, can’t wait! Will your future projects also be lightsaber related?

Dewy said:
DaveP Those look great! I’m itching to do another build, can’t wait! Will your future projects also be lightsaber related?
Click to expand...

Thanks Drew. They will indeed I'll be announcing soon. Still very much in the research/planning stages. Most of my time's focussed on this run for the time being. I'm excited to share what I'll be working on next though.

RPF PREMIUM MEMBER
Holy crap. the job on the nipple face is phenomenal

thd9791 said:
Holy crap. the job on the nipple face is phenomenal

The crossover between engineering terms and pure filth never fails to amuse me!

thd9791 said:
Holy crap. the job on the nipple face is phenomenal

Nipple, coupling, screw, bast**d cut file....
Someone was having a laugh when they named all this stuff!
Either that, or we're just typical men and see what we want to see

RPF PREMIUM MEMBER
I'm interested in a Luke hero kit. Are there any left?
If so do I pay by Paypal??
Thanks.

redbutton said:
I'm interested in a Luke hero kit. Are there any left?
If so do I pay by Paypal??
Thanks.
Click to expand...

Hi Everyone. Just a quick update to say that the Body sections have arrived! All of them have had a quick check over to make sure they've arrived unharmed. It's going to take me a few days to go through them all properly and give each of them a going over to remove any tooling marks (as with the previous run).

This doesn't take too long at all, but this is a larger run than the last time, and it took several hours just to inspect them all!

With that in mind, I'm going to drop off the radar for a few days while I work my way through them. Rest assured that I will be hard at work getting everything ready to ship out very soon!

The plates will be arriving early next week too, so the wait is finally over nearly!

Thank you all so much for your patience!

As promised, here are a couple of pics of one of the body sections: 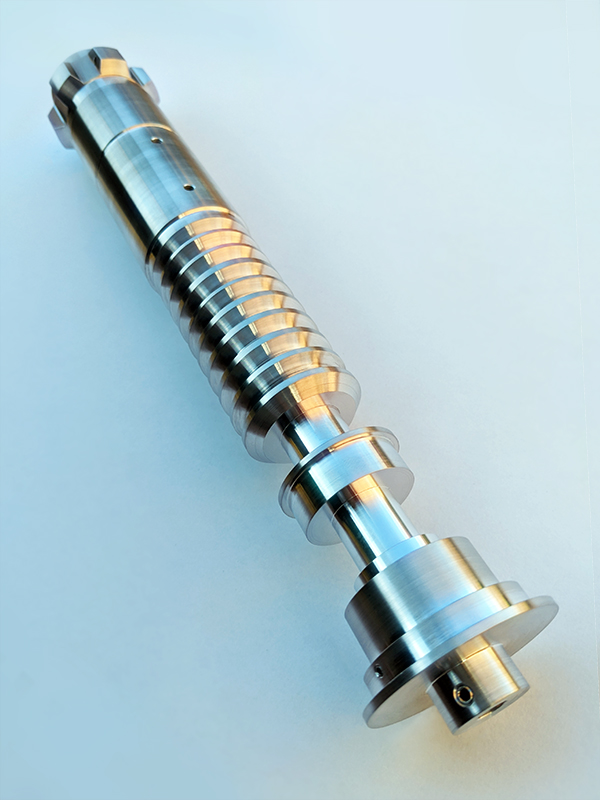 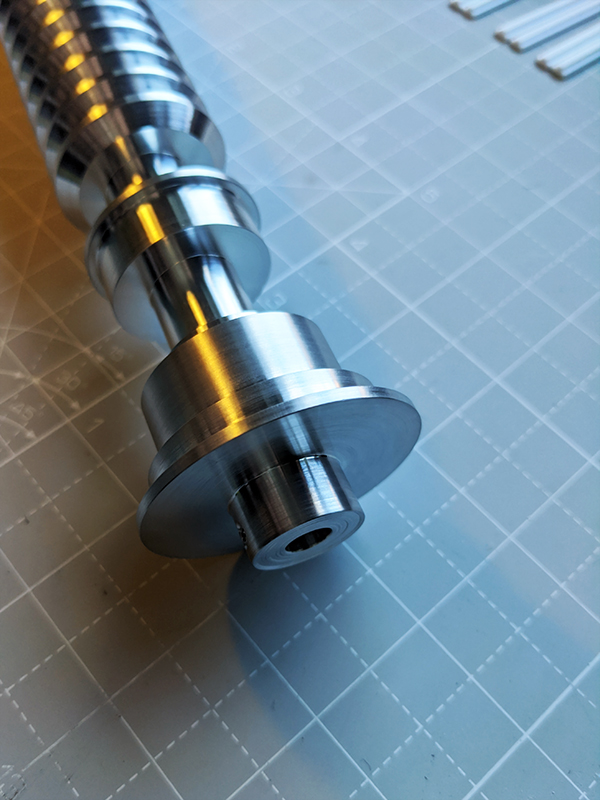 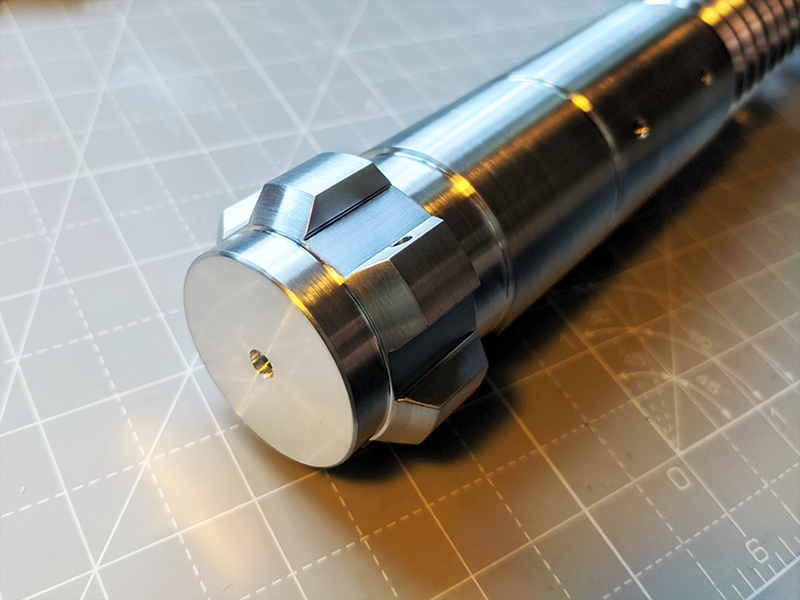 The first transport is away!!!

I figured that since the Yuma and ISYHCANL kits were good to go, and didn't require the Hero plates, I'd get them sent out first.

The Plates are arriving this afternoon, so I'm busy working my way though the first batch of Hero kits, So I can get those out ASAP.

I've broken the orders down in to manageable chunks of around 10 with the aim of getting through a block of orders per day. That said, I have pre-existing freelance commitments on Thursdays/Fridays I'm afraid. I'm turning down all other work until this run is completed though, so rest assured I'm working as fast as I can to get everyone's orders to them as soon as I can.

I'll be doing what I can in my spare time, and over the weekend, but the vast majority of orders will be packaged up through Mon/Tue/Wed next week.

When the Plates arrive this afternoon, I'll have everything needed to complete the remaining orders, but just getting everything boxed up is very time consuming, along with making sure everything is perfect, so I'll be dropping back off the radar while I work my way through everything.

For those waiting on commissions, I'll be making a start on those as soon as the kits have shipped out.

A huge THANK YOU to everyone for your patience!

RPF PREMIUM MEMBER
Thank you! This takes so much effort, we really appreciate it

Hi Everyone. Just a quick update on my previous post. Those last four kits have now been taken.

I still have 10X Bodies from my previous run which were damaged slightly in transit. I've ordered Gen2 Hero boxes for these and will be repairing them further down the line to sell as either hybrid kits or complete builds. These will probably be available sometime in December, after I've completed any commissions I have for this run.

Some exciting projects planned for after that (next year), which I'll be announcing soon!

Work going well on the run:

All Hero boxes have been checked for tool marks and put aside for safe keeping (along with their PCBs).

I've trimmed all the brass rails and T-Profile to size. Just need to trim down the middle strut to the correct length and tidy up the ends.

I'm expecting the Boby sections back any day now! The emitters have been drilled to the new depth

I'll post some better ones once they've arrived back with me.

Still waiting for an ETA on the plates for the hero box. That will be the last thing to come in (still in QC). As soon as I know more on that, I'll update everyone.

Thanks again everyone and all the best,

What is the new depth of the emitters?

darthcue said:
What is the new depth of the emitters?
Click to expand...

Hi Ted. I've done them to 25mm. Just enough to make use of the second grub screw. The first run was around 7mm I think, which was correct for the Hero (which I believe has been filled to that depth along with the 2nd fixing point).

Hi Everyone. Just want to keep you all updated on current developments...

As you know the plates turned up, and they are perfect. Very happy with those. I needed the plates in order to finish the coloured triangles.

I sandwich two plates together and use these as a guide to sand down the triangles to 2mm thickness. Having made a few of these resin triangles, I've decided that I'm just not happy with the quality.

Because of their small size, the colours are not strong enough, and due to the nature of the material, its impossible to get the surface finish that I'm looking for, or that you'd expect. Also, I found that they chipped far to easily when installing....

So, I've made the decision to make the triangles in the same way I did for the first run (from Acrylic). The results are FAR superior! (acrylic ones on the right) 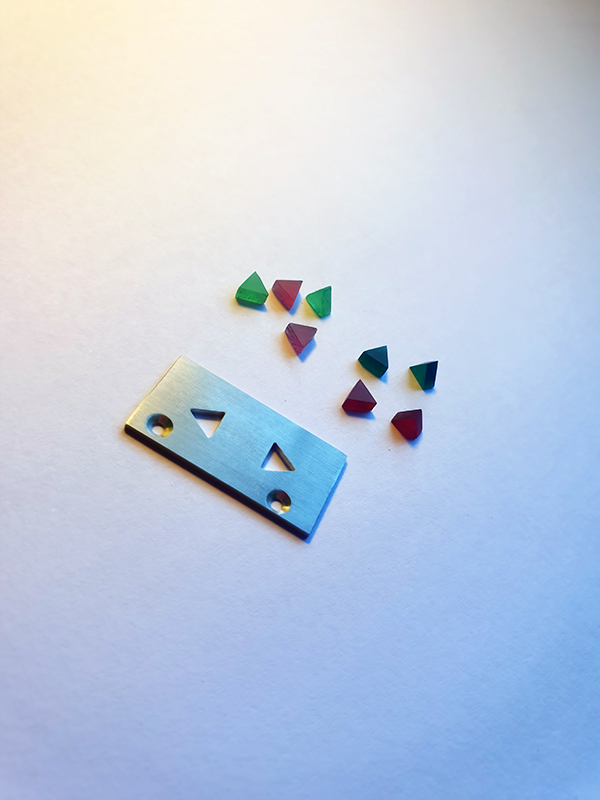 The resin ones were "passable", but I hope you understand that I'm aiming for perfection.

This shouldn't impact things too much with regards to time. I'm still going to be working through batches of ten, and making the triangles for each batch as I work my way through them.

Apologies for this minor setback. I just wanted to keep you all informed about what's going on behind the scenes.

It's a shame the resin ones didn't work. But you live and learn!

As always, your patience is very much appreciated. The first batch of Hero kits will be shipping out early next week.

There arent many on here that go that extra step, but rest assured, your effort on these sabers will be remembered for a while.
Thanks again from all of us in this run!

Hi everyone. It's been a busy few days, and the first few orders of Hero kits are away! Please keep an eye out for tracking numbers. I still have a LOT of orders to get through though, so your patience is much appreciated. I suspect that it will take at least another week to get everyone's orders out. Hopefully that's ok.

The triangles are the main thing taking up my time (along with packaging), as each pair is made entirely by hand. I'm working my way through them as fast as I can, whilst maintaining the high quality that you deserve and expect.

Here are a couple of pics I took to give you an idea of the process: 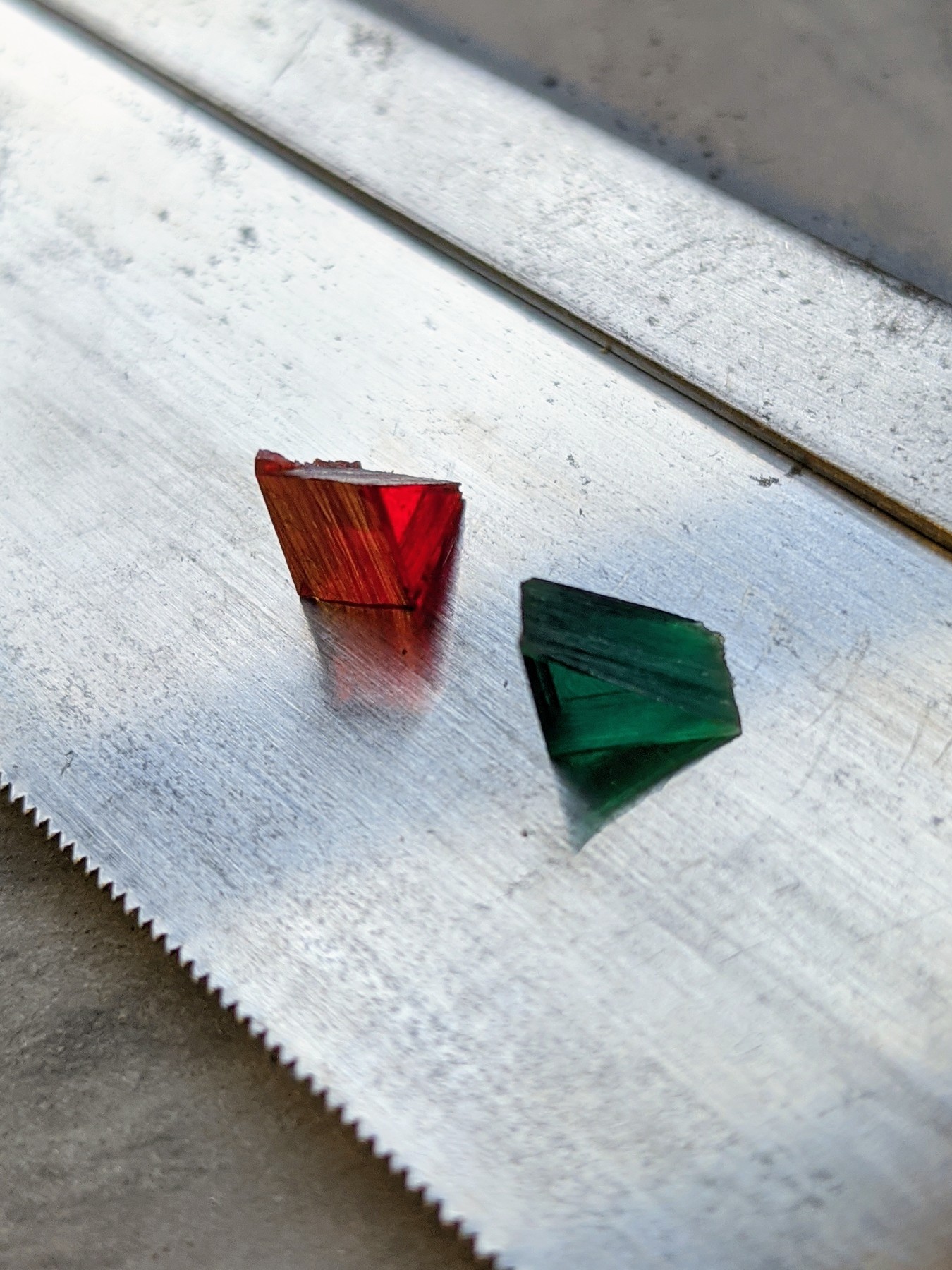 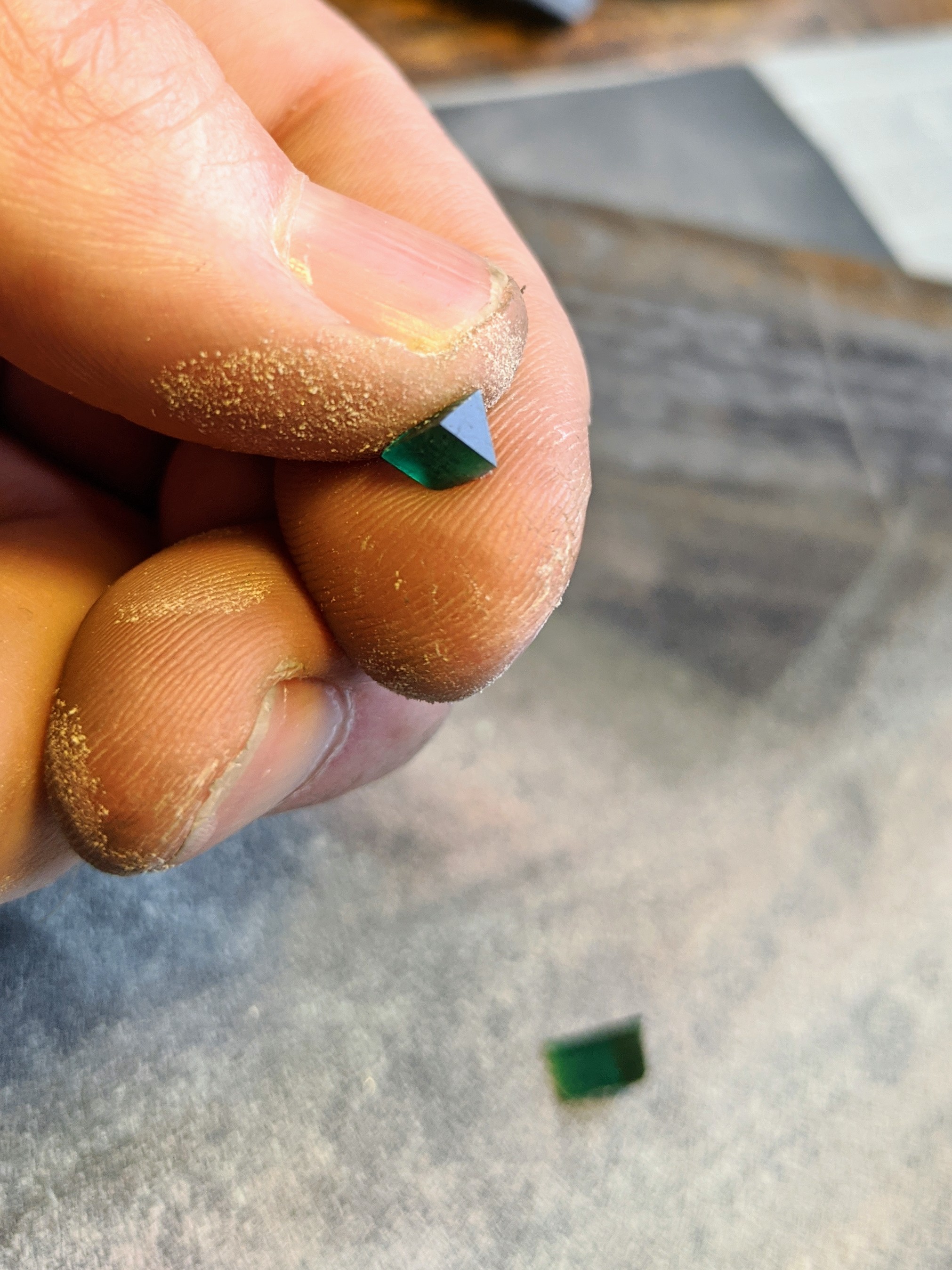 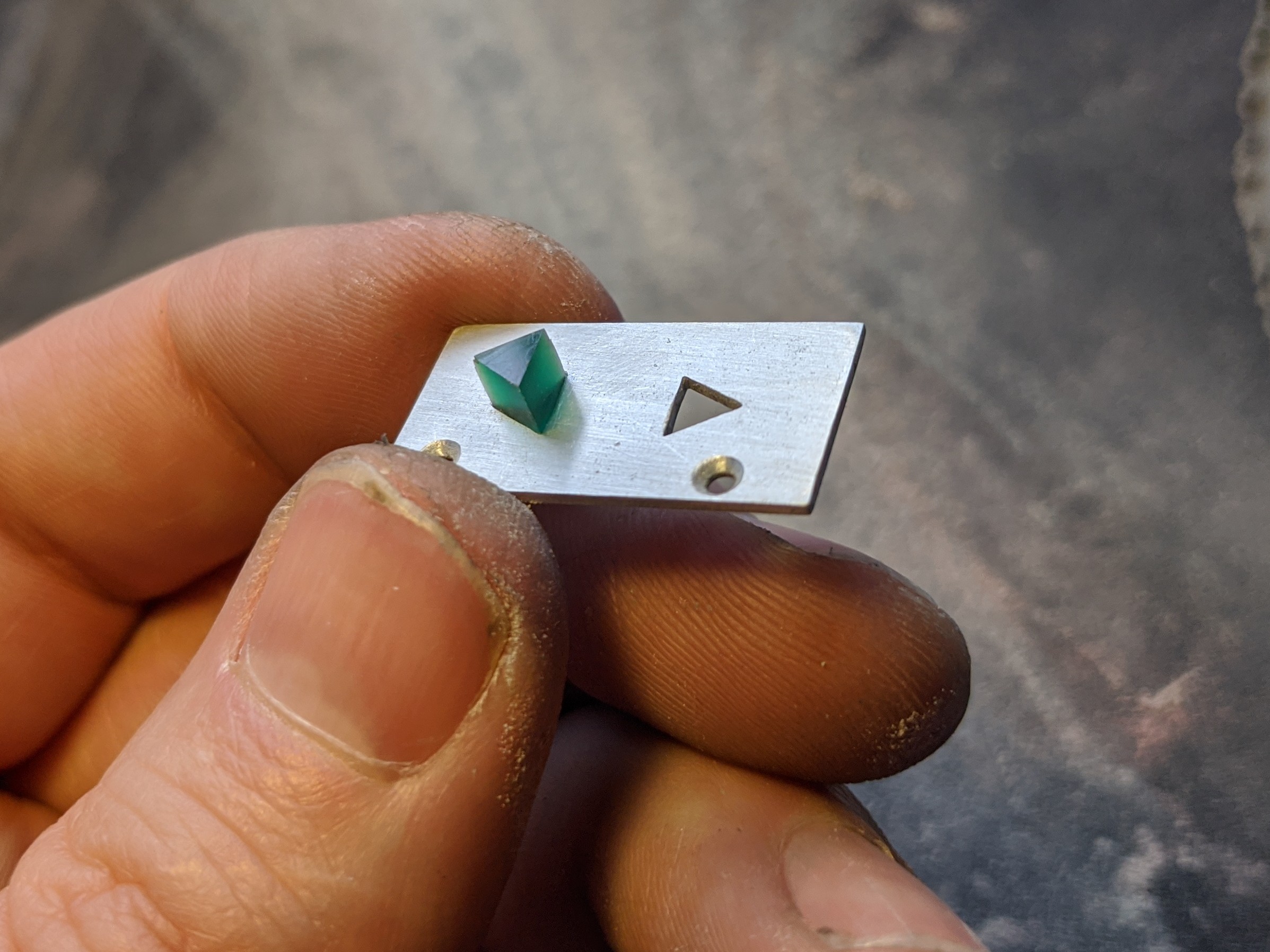 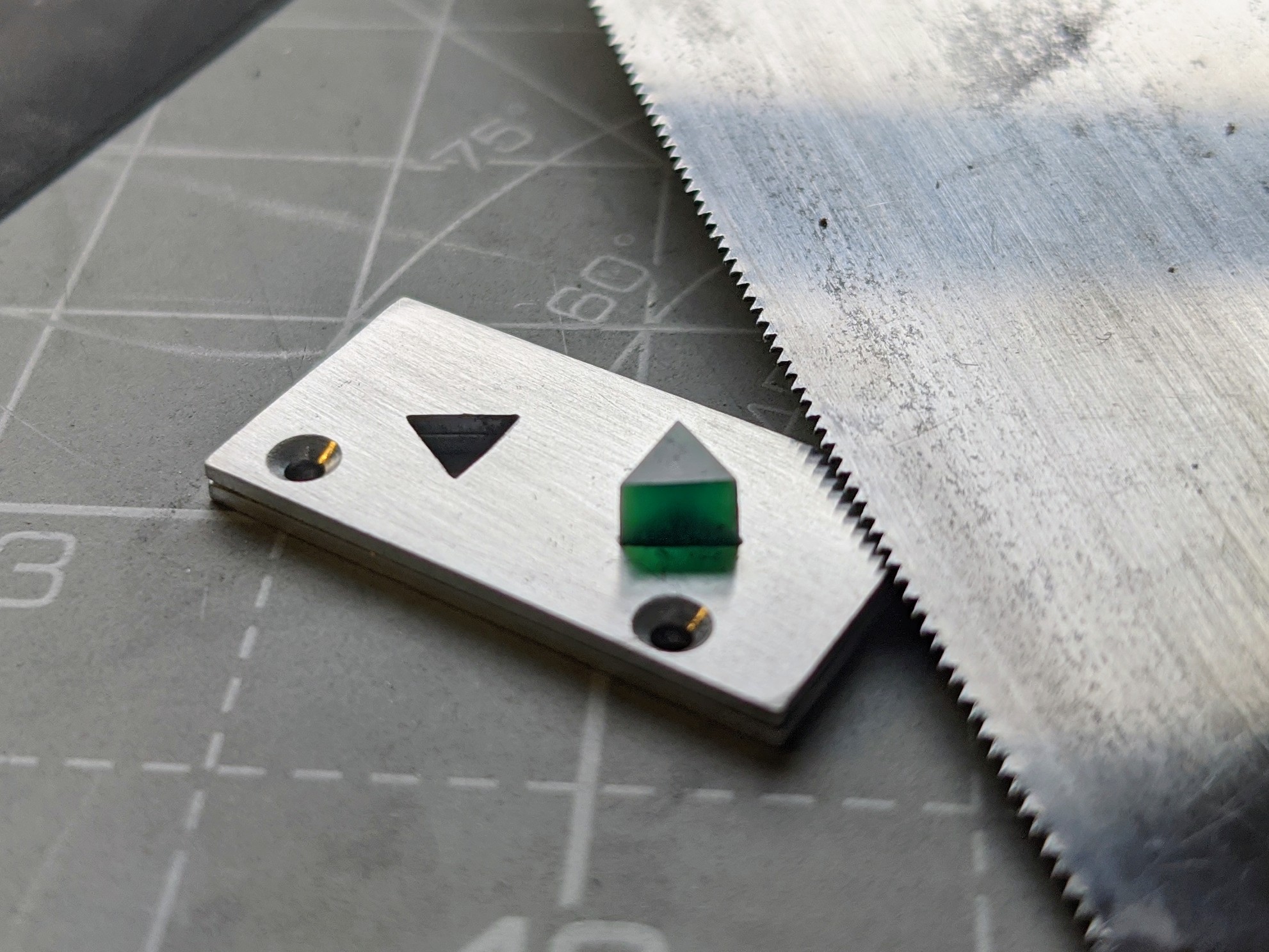 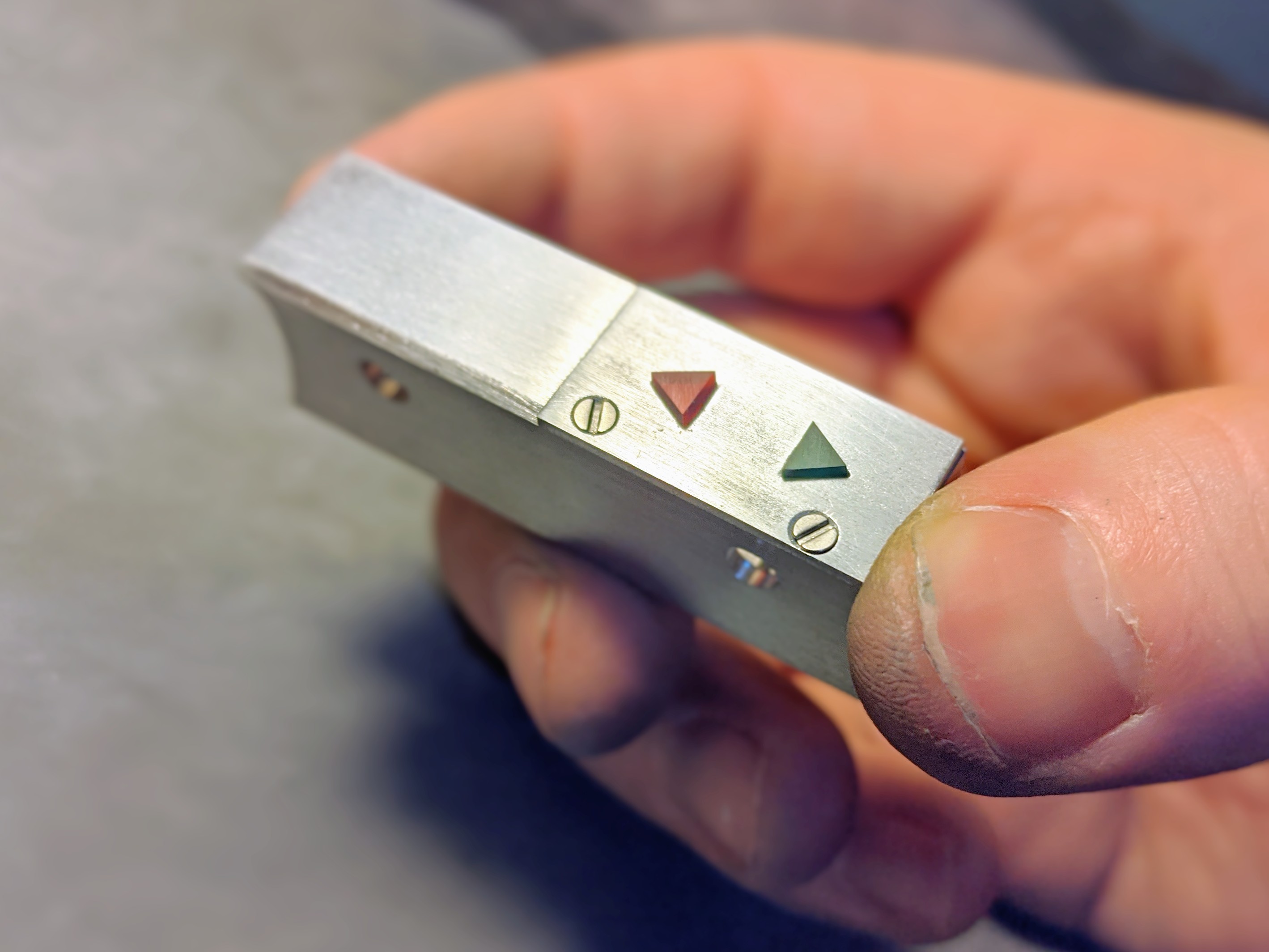 As you can see, it's laborious stuff, but worth it for the end result

I have freelance commitments tomorrow and Friday, but I'll continue to plough away as and when I can, to get these out to everyone ASAP.

As always, thanks to everyone for your support!

RPF PREMIUM MEMBER
Well done. That looks great.
Those are the fingers tips of a hard working man !

Hi Everyone. It's been an incredibly busy couple of weeks, but I'm making good progress through the orders...

Now that I have a better idea of the time it's taking to prepare the parts for shipping and how many triangles I can realistically make within a certain time, I've updated the orders list on the first page.

The list is in the order that people paid, with the exception of Yuma/ISYHCANL kits, which I was able to get out before all the parts were in for the Hero kits.

I'm very much aware that people will want to work on these over the holiday period, so I've made it my mission to get everything out before then!

It's also been brought to my attention that after the 31st, there could be additional fees for those within the EU, depending on what happens regarding Brexit. So I will do everything within my power to keep to the dates I've allocated to each group!

I'll be setting aside some time each week to work on commissions. It didn't seem fair for those who have paid for complete builds to have to wait until the entire run has shipped, before starting on their builds. I'll give an expected shipping date for these closer to the time, but it will be before Christmas.

Hopefully this all sounds ok to everyone? As always, thank you for your support (and patience!).

Fantastic - thanks so much!