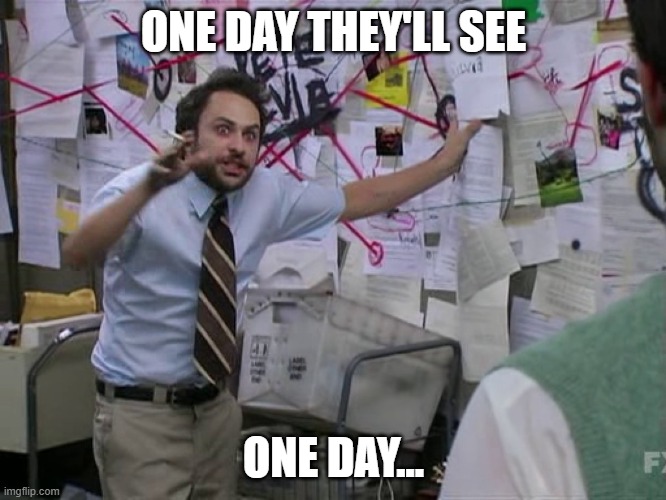 Joek3rr said:
He only survives because he performs a transference and sends his spirit into a clone. As far we know a spirit can't exist in Canon, in a any form of limbo. It's either with the Cosmic Force, or bound to an object(like Darth Momin and his mask) or a body. And dark side user can't return from the Cosmic Force either. So unless his spirit went to an object, he's gone, most likely for good. However there are ways of opening portals to the Netherworld. Vader has tried twice to bring Padmé back this way.

So hypothetically, if Palpatine had sent his spirit into Rey. And then she dies, he would have needed an object, probably imbued with the dark side of the Force, or another body standing by, somewhere, on another hidden Sith World.
Click to expand...

It was beyond unlikely that Palpatine would've survived being thrown down a reactor shaft. Improbable is not impossible. On top of that Lucasfilm reinvents the rules to suit their needs and if Palpatine is ever needed again for the current story they will not hesitate to retcon him into existence. I'm definitely not saying they should bring him back, but they could. 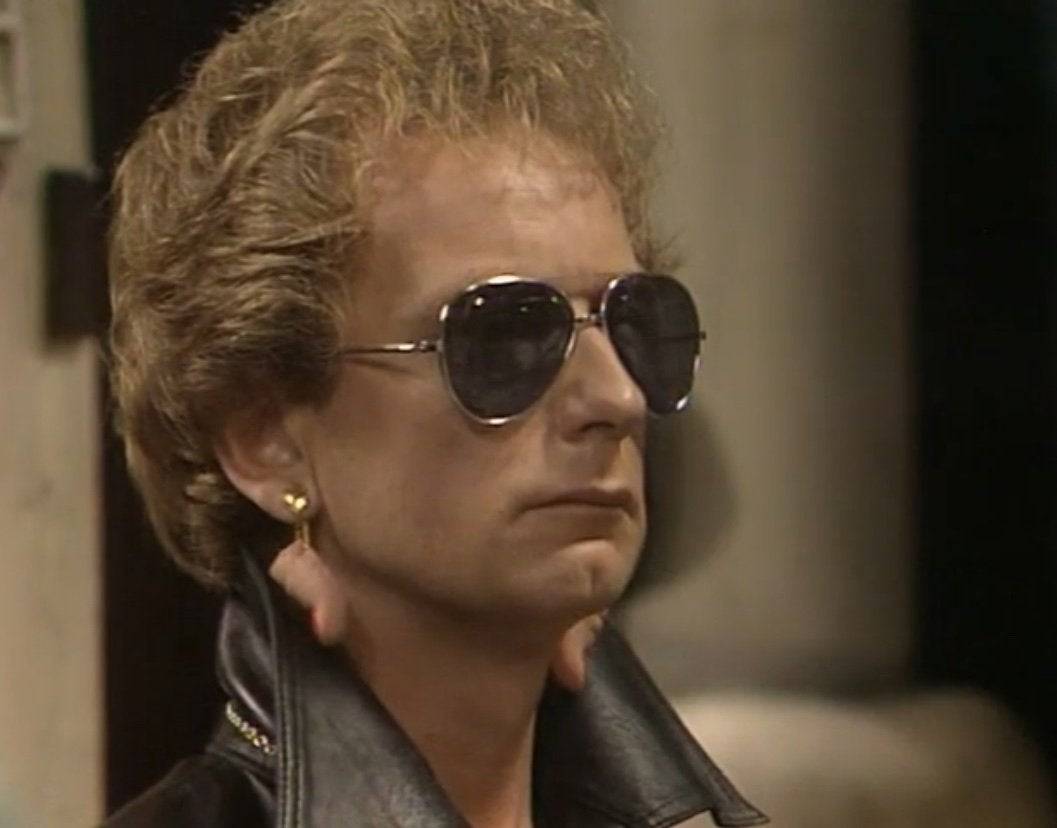 So this year I thought I try something a little different. I'm calling it 25 days of Star Wars Music. Each day I'm going to post a favorite piece of Star Wars music. This won't be limited to John Williams or the films. But everything, including the shows and games.

So starting it all off is my favorite piece of music in all of Star Wars. It's the little variation on "Luke's theme/Main Title" that is played over Luke's introduction. It can found on the track (on the Special Edition release) called "Moisture Farm."

John Williams is on the top again for me this year.

In 2021, there was no such thing as normal. Find out how your year sounded with #SpotifyWrapped
open.spotify.com

Wolfsburg said:
I’m just trying to wrap my head around the prospect that it was actually Palpatine that Ben swapped spit with at the end…
Click to expand...

We have officially derailed this thread.

The worst part is that I'm sure the Emperor made it so he's exempt from Imperial HR rules!

I'm mostly ignorant when it comes to tales outside from the movies. Mostly because I was never really interested.
But this I find very interesting.

Yeah, I've always liked this more nuanced take on the Force. In a perhaps similar vein (and as hamfisted as Anakin's turn to the darkside was in ROTS, imo), as I recall the ROTS novelization essentially suggests the "darkside" is not known as such because it's evil per se but that it is murky, mysterious and largely unknown (and thus dangerous according to the Jedi). The deeper you delve into the recesses of the Force, the greater the odds of learning and wielding power that is "unnatural". Presumably this power and knowledge could technically be used for good but the unbelievable potential of power tends to corrupt even those meaning well. I almost think of the concept as a variation of the One Ring. While Gandalf or Galadriel might mean well in carrying the ring, the corruption it foments was too dangerous to flirt with. Regardless, the darkside gets a bad rap because by its very nature, the allure of easy power tends to attract maladjusted ne'er do wells who are willing to dive deep into what it can offer with reckless abandon. If anything, the greatest asset a true blue Jedi can have is restraint and the mental fortitude to ignore the allure of learning what lives in the shadows. Once you entwine yourself and taste that power, it's virtually impossible to give it up.

Anyway, as a kid reading the novelization, it was a revelation to me that the darkside wasn't dark because it was necessarily evil, but instead because it was unexplored (at least from a Jedi POV).
Last edited: Dec 1, 2021

RPF PREMIUM MEMBER
I always thought of the light and dark stemming more from the choices the characters make. The Force itself is impersonal but becomes personal depending on the use and end result of the one weilding it.

RPF PREMIUM MEMBER
Both of those feature heavily in my big rewrite. The Second Great Schism came about when some Jedi were conducting experiments into influencing midi-chlorians to alter the natural growth cycle of living things. Later, this would be taken further to impel these microscopic Force-conduits to spontaneously generate whole life forms from nothing. But the Jedi Order reacted by forbidding the experiements. Then, when they didn't stop, exiling them ('cause that'll make 'em stop ). A fear response. When the Sith came on the galactic scene, it was because of those exiled Jedi. Once the Order realized this, they got even more afraid of the Dark Side --all the while no doubt protesting they weren't. The detachment of the Order we saw in the Prequels was the ultimate extent of that -- rejection of emotion to an unbalanced, unhealthy extreme.

I have a bit more nuance in my take on things, including, as I'd mentioned previously, tensions between the Jedi who are out in the galaxy versus those sitting in their high tower. I have Obi-Wan discover that dark secret from the Order's past, the revelation that the last age of the Republic, millennia of war, the rise and fall of the Mandalorians, the existence of the Sith... It's all the Jedi's fault and they haven't told anyone out of a festering sense of guilt. Which feeds the Dark Side. What you refuse to look at or know within yourself has power over you. The Jedi are effective when acting out of compassion, not passion, and not dispassion. The Jedi and Sith of the film era are like an off-balance washing maching knocking itself to pieces.

The Jedi grail is giving without overgiving, involved without being attached, optimism that is not panglossianism... Constant mindfulness of individual motive. Don't try to control others. Don't see yourself as "better" just because you can do a thing most can't. Power corrupts -- but has less opportunity to do so if one has been conditioned most of one's life to this kind of constant... well, basically Dialectic Behavior Therapy. *lol* I would be a burden for some. Corruption is a part of nature, too, as Rey saw under Luke's guidance in TLJ. It just needs to be in balance with everything else. The "temptation" of the Dark Side is that over-reliance on the easier thing throws the whole out of balance. Fear and anger are healthy and natural -- but when one is unaware that's what one is feeling, or in denial about it, it skews to unnatural extent that drowns out the other stuff.

As I've said before, the problem wasn't that the Sith used the Dark Side -- the problem was that they wallowed in it, rubbed the Jedi's noses in it, flaunted it. And the Jedi... Well, there's an old aphorism: "What you resist persists." It's part of the underlying principles of Tai Chi and Aikido. The harder you push against a rock, the harder that rock "pushes" back. Meeting force with force just means ever escalating force on both sides. The Jedi were blinded by fear and guilt, and pushed back against the Sith over and over and over. Never occurred to them, in their fear, to go with it. Stop resisting and, in finding their own balance again, let the Sith use their imbalance against themselves. That could almost have been the point when Darth Bane came along. The Sith were well on the way to wiping themselves out when he created balance in them, of a sort.

But I have stuff later on -- in my own version of the Sequel era -- where, rather than magic vague "Force-healing", I have a couple very specific instances. One where a Force-user exhausts himself channeling the Force to speed up someone's natural healing mechanisms to keep what would have been a fatal wound from being so... But also once where someone uses Force Lightning to jolt someone else's heart back into rhythm, like a defibrillator. Showing what balanced use of abilities looks like once you look into the places you previously dared not look.

As quintessential as John Williams music is to Star Wars. The music, and theme in particular from Rogue Squadron 3 was the music to most of my childhood Star Wars adventures. From the game to LEGO, to toy blasters and lightsabers in the snow.

Joek3rr said:
Except she didn't kill him out anger. No transference happening without that. On top of that, she dies herself. So let's say he had transferred, his brand new host is now dead, and he's one with the Force now.
Click to expand...

Her face looked pretty angry to me… 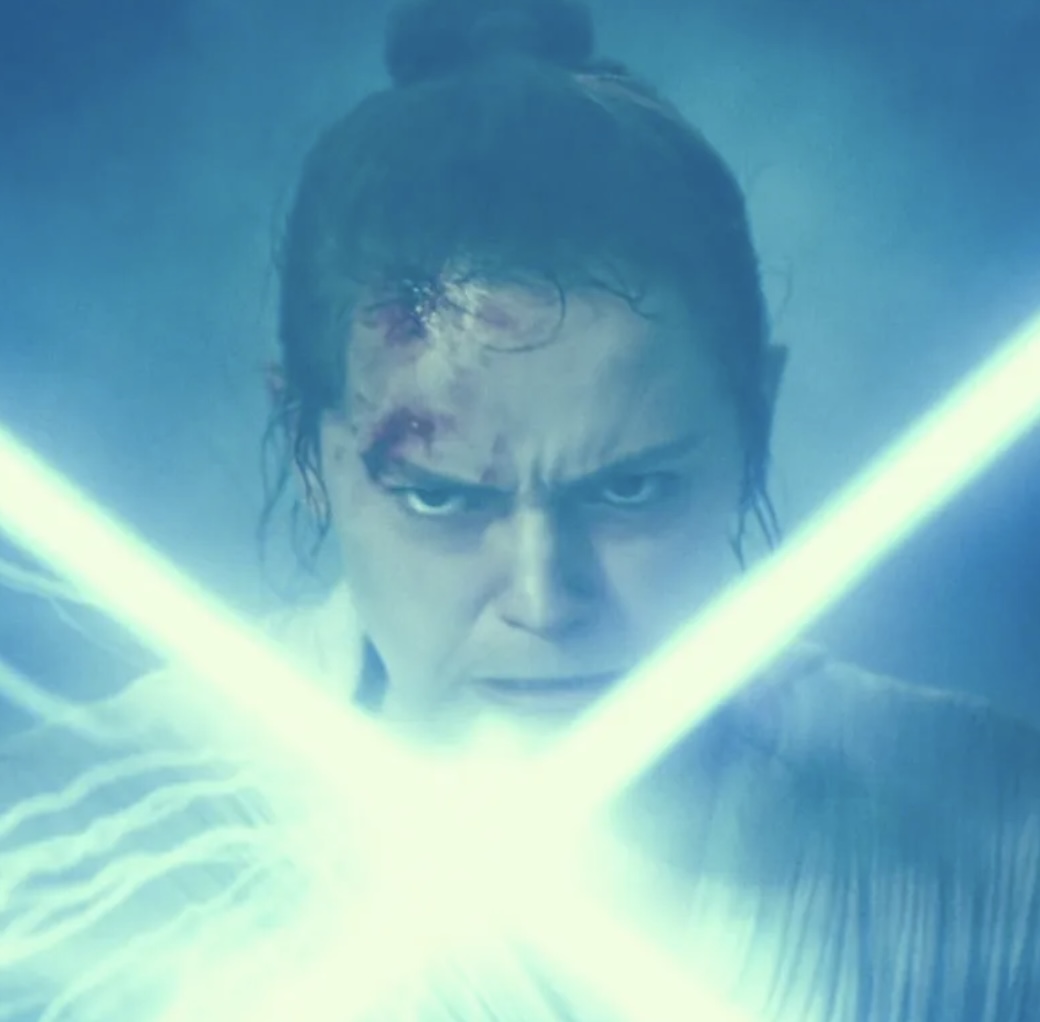 Looks like she's just straining against the dark energies that end up killing her.

There's actually a really cool little detail in this scene. As she begins to reflect his dark energies back at him. You can actually see the dark side energies passing through her. Which as I recall is detail mentioned in either the Revenge of the Sith novel or one of the reference books. When Mace does it to Palpatine, it's not just simply reflecting the energy with the lightsaber. But the energy actually has to pass through the user holding the saber. It's incredibly difficult.

No that's just Rey taking a dump all over the Skywalker legacy.

Joek3rr said:
Looks like she's just straining against the dark energies that end up killing her.

There's actually a really cool little detail in this scene. As she begins to reflect his dark energies back at him. You can actually see the dark side energies passing through her. Which as I recall is detail mentioned in either the Revenge of the Sith novel or one of the reference books. When Mace does it to Palpatine, it's not just simply reflecting the energy with the lightsaber. But the energy actually has to pass through the user holding the saber. It's incredibly difficult.
Click to expand...

You never let me down

For those of us who remember between ANH and ESB..
2 3