sztriki said:
I so respect Zemeckis and Gale for finishing BTTF as a trilogy in 1991 and not letting franchising take over. Sure, there was an animated series, video games, comic books, but the three original movies are complete, untouched, unmolested and closed.
I often wonder how much better it would have been if SW had been left at 3 movies as well, have your cartoons, comics and whatever, but the three staples are still the staples.
Click to expand...

My biggest fear is them caving and doing a reboot…

Halliwax said:
My biggest fear is them caving and doing a reboot…
Click to expand...

Apparently it's in the contract w the copyright that as long as they are alive there is no reboot or remake. TBF I don't care about remakes as they can be totally disregarded. Robocop, Nightmare on Elm Street, Evil Dead, Ghostbusters...they literally have no effect whatsoever on the original. I think this is why the SW special editions are such a sore point because the originals are gone. Most people would not have cared whatever was done to the movies if the originals were still officially available.
H

Going through the thread, so many old arguments rehashed lol. Like how RJ ruined the series by writing the story into a dead end (something other directors had reiterated for a while) which really made Abrams sort of set to fail with RoS. I dont think TLJ is a good movie but understand if people disagree on those merits. I do think its an objective fact that TLJ is a terrible middle movie in a supposed trilogy. Would have made a great end to the trilogy but bad middle.

Yeah I have no faith in Star Wars anymore and its a dead franchise like Star Trek imo (doomed to circle the drain as writers scrounge up content to extract money). KK’s contract is extended to 2024 which means Disney is ok with what she is doing and if there is an incompetent captain, the ship will sink. 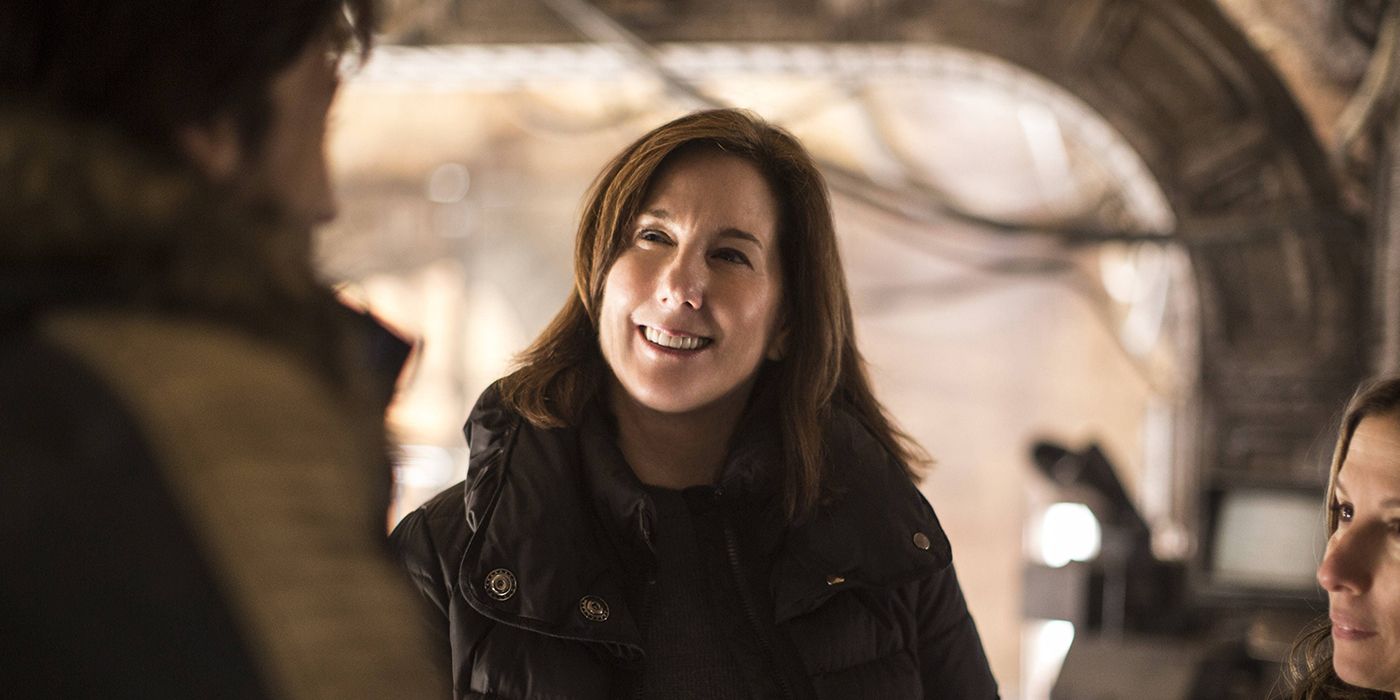 Not going to lie, Disney has been really disappointing as of late. Star Wars is dead, Indiana Jones had ended with 3, and the MCU ended with Endgame imo. Pixar hasnt been exciting and Disney themselves seem to be creatively bankrupt.

Not going to say there isnt stuff to look forward to. The Boys is amazing, as is Cobra Kai. The Batman might be good and who knows about the Matrix.

And in other news, Anthony Mackie REALLY likes "Jimmy Bulloch"

Someone needs to get that man a better Boba Fett helmet.
Last edited: Nov 18, 2021

A Don Post? Come on, man, you're Anthony Mackie!
H

Someone introduce him to Jordan Schlansky. That dude is a pretty die hard Star Wars collector at least. Has the lego falcon, an eFX legend Vader bucket, and was seen ordering Star Wars toys in one of the vignettes. Probably knows where Mackie should spend his money.
B

It needs a break and some reinvention. IMO the franchise is too broad (history, scope, potential, fans, etc) to go calling it dead yet. Same with 'Trek'.

I don't think SW will ever be what it was in the early 1980s. That wasn't a realistic goal even in the early 2000s when George was doing his second round. But it can be something good again. Disney hasn't fired Kennedy but IMO her influence is clearly waning. I think they are trying to dial it back without giving the press anything to talk about.


IMO the problem for most of these franchises is the expectations. By the time you are making a 3rd or 4th movie, the crowd expects it to live up to several previous movies at once.

I like that "Jeremy" is clearly written on the helmet he's holding. At least he got the last name right lol. Still love the comments he's made about Hollywood, films and acting although it's kind of ironic that an actor who occasionally points out the faults & bs of Hollywood is himself being a bit fake. Oh well, no one's perfect.

Off topic as always for me, but I just got around to episode four of SW:Visions “The Village Bride” and I legitimately welled up with tears in some of the moments. Really nailed the emotional beats in that one IMO.

HeartBlade said:
Yeah I have no faith in Star Wars anymore and its a dead franchise like Star Trek imo (doomed to circle the drain as writers scrounge up content to extract money).
Click to expand...

It's like I was saying about Batman, I had no faith either - then Batman Begins came along.
My belief was always that Batman's franchise status within WB had diminished enough to where Nolan/Goyer/Legendary & Co were able to make it happen without attracting too much internal attention, allowing them some creative space. I believe The Matrix went through a similar birth (at WB).

I choose to believe that Star Wars can become special again. It's just that there's a thick layer of money-sucking around that'll have to be scraped-off before that happens - if that's even possible.

Star Trek: I don't know. I don't know if it can be "refreshed" without being rebooted. I'd say yes, but I have no clue.

HeartBlade said:
KK’s contract is extended to 2024 which means Disney is ok with what she is doing and if there is an incompetent captain, the ship will sink.
Click to expand...

Keep in mind that KK (and Marshall) were behind some of the biggest grossing movies of the 80s and 90s. And there were a lot of them. Even though her stint as head of LFL hasn't met expectations, they're still profitable, AND the major players in HWood still owe her for their Bel Air mansions and their private jets.

HeartBlade said:
Pixar hasnt been exciting and Disney themselves seem to be creatively bankrupt.
Click to expand...

Yes and yes.
But for me, the Lightyear trailer was the first time in a looong while that I got pseudo-excited about anything coming out of Pixar. Maybe in part because I had no clue it was coming? Not sure, but I liked it, and thought it was a fun idea. I hope it delivers.

It needs a break and some reinvention. IMO the franchise is too broad (history, scope, potential, fans, etc) to go calling it dead yet. Same with 'Trek'.
Click to expand...

They'll never give it a break, unfortunately. Reinvention without rebooting: yes.

batguy said:
IMO the problem for most of these franchises is the expectations. By the time you are making a 3rd or 4th movie, the crowd expects it to live up to several previous movies at once.
Click to expand...

Along those lines, do you think marketing for these big movies should be adjusted? Is marketing at least partly to blame?
Do stories need 3 or 4 movies?

Halliwax said:
My biggest fear is them caving and doing a reboot…
Click to expand...

That was my first (and continuing) fear about Star Wars after D acquired LFL.
My other fear is crossovers. Crossover with Alien, or the MCU, or Predator, or whatever else they'll be acquiring next.
B

Remember when they rebooted 'Robocop' and 'Batman' and 'Ghostbusters' and 'Lion King' and it ruined all the originals? Me neither. The original SW OT is so universally known (and has aged so well) that I don't think a remake poses much threat to it.

IMO remaking the prequels actually has potential if it was done by great people. Lucas built a good strong framework and didn't polish the details very well.

Crossovers? I never really thought about it. SW happened a long time ago and far away from here.

I dunno, I think it's just human nature. People walk into the latest entry in a franchise series and they aren't remembering all the past entries "fairly." Their memories are more of a highlight reel. It would help if the marketing departments didn't try so hard to oversell everything, but that's their job.

I'm curious what else happens with 'Terminator' now. It's a more extreme example of running a big modern franchise into the ground. The franchise actually worked fine when they scaled it down to a weekly TV show. But no, they had to keep aiming for the sky with gigantic tentpole movies. They killed a decent franchise because they misjudged how much weight it could carry.

Disney has been doing the same thing with Star Wars. I think they are able to deliver decent content when the expectations are low or moderate. They fail when they aim for the level of George Lucas episodes & characters.
Last edited: Nov 19, 2021

RPF PREMIUM MEMBER
So I haven't seen any comment about this. I'm narrow-eyed sus about Dark Horse and Marvel publishing in parallel. I was only recently talking about how the post-Disney releases are nowhere near the saturation they were during the Prequels, but it looks like they're trying to flood the market again, after all.

Except it doesn't seem to be Legends...

If the content is well done it doesn't matter who publishes it. That really is the key and neither Marvel or Darkhorse have ever really consistently delivered with SW IMO. Also whatever is put out still has to get approval and meddling from Lucasfilm. Maybe this will be a catalyst for change.

RPF PREMIUM MEMBER
Saw this and thought it was pretty cool
( for some reason he doesn't allow shared links of part one, edit copy paste url below)