gabri said:
Where you buy the net suit?

Thanks, I actually bought it from Amazon, it was like $7 from China. Just search fishnet suit....but be warned it may be adult themed

Ohhh i know i know... hehehe...what is your fishnet size? And have you got the link where you buy it?

gabri said:
Ohhh i know i know... hehehe...what is your fishnet size? And have you got the link where you buy it?
Click to expand...

Amazing suit bro where did u get the claws from?

casey said:
Amazing suit bro where did u get the claws from?
Click to expand...

They were quite large so I had to modify them quite a bit.

Your suits looking really good man. Sounds like not far to go.

Just a small update, should have another large post this weekend. Been working on a few things when I get time, have the trophy sash and necklace completed. Also just finished the paint work on the Bio. 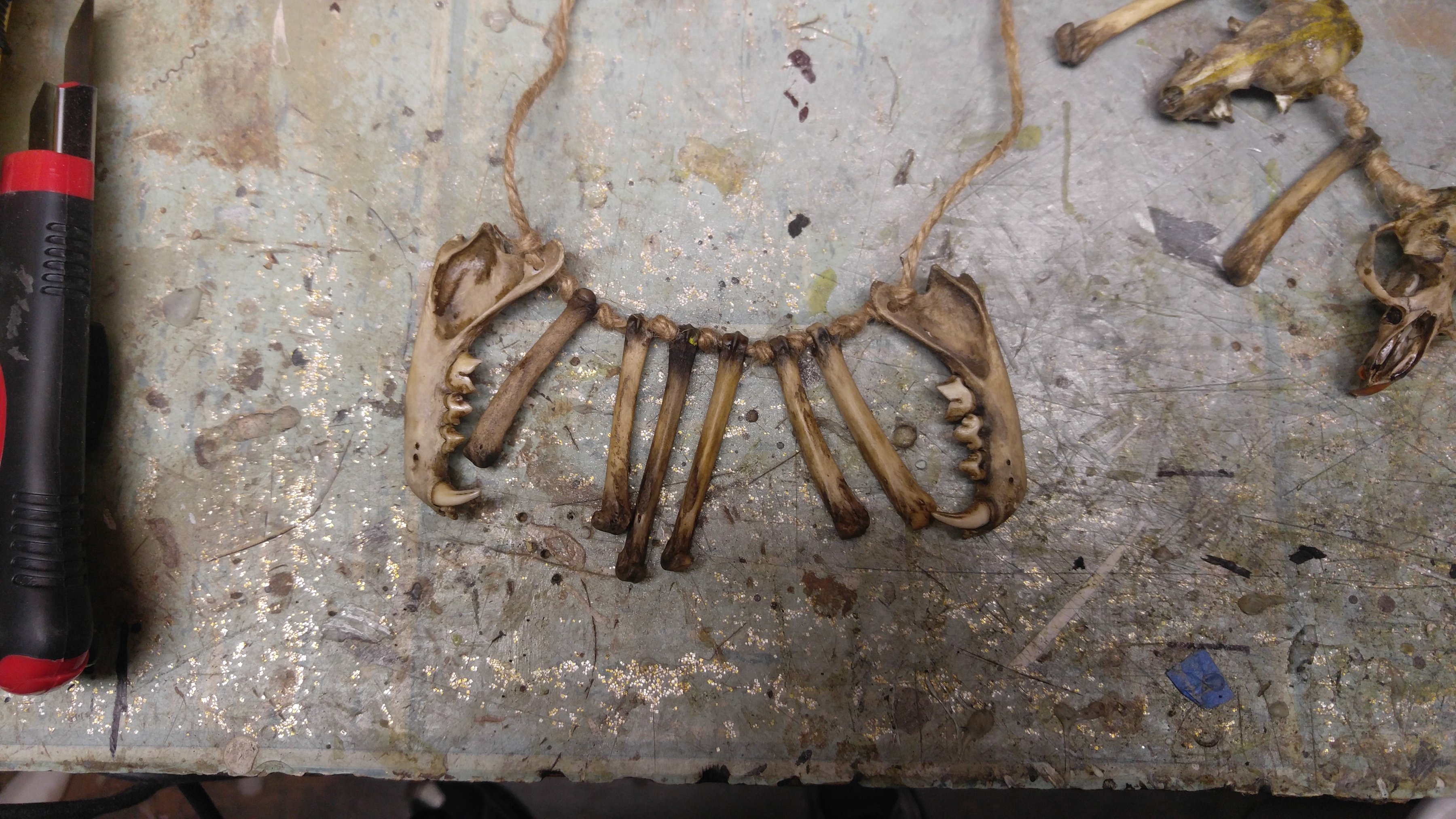 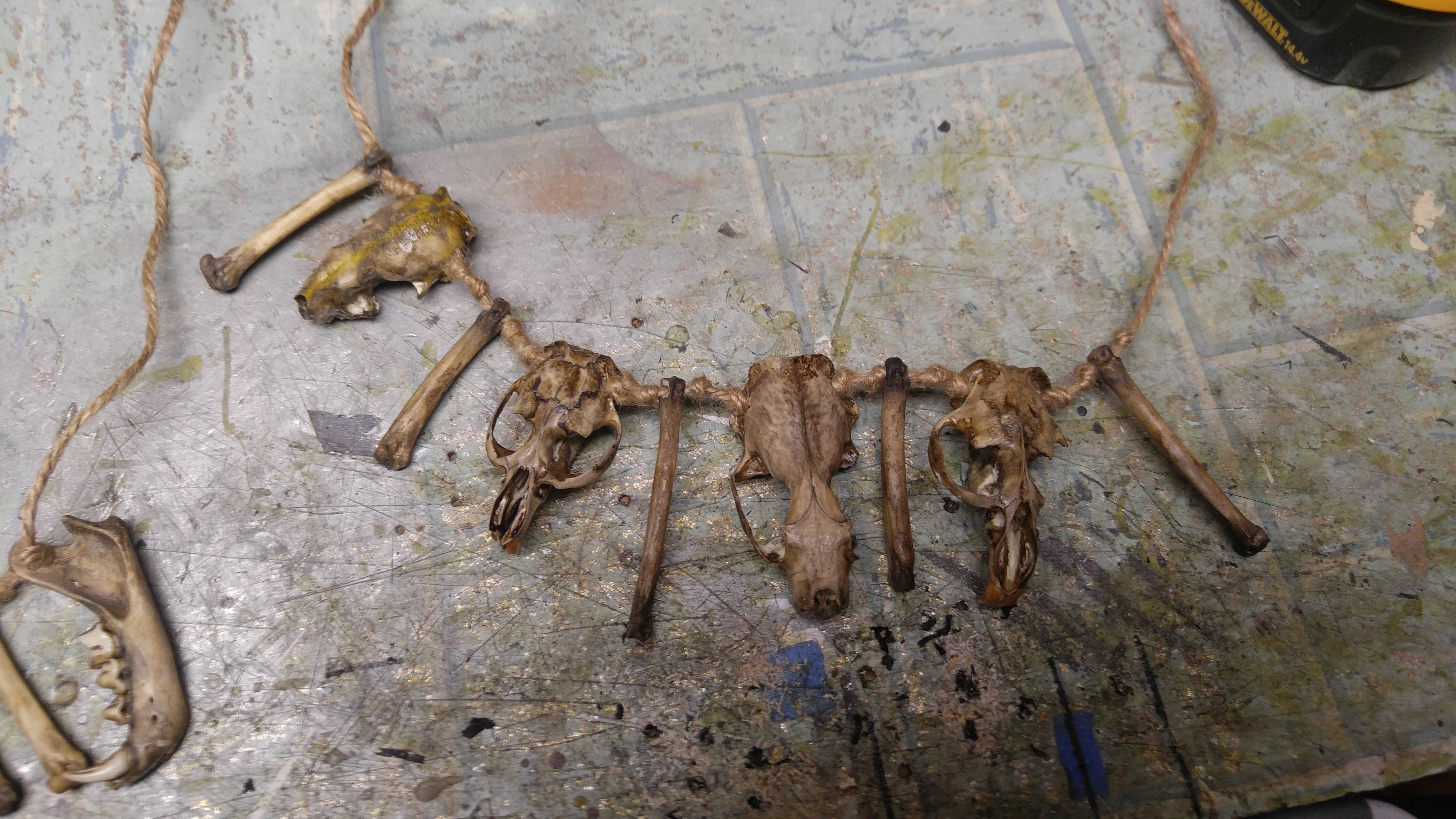 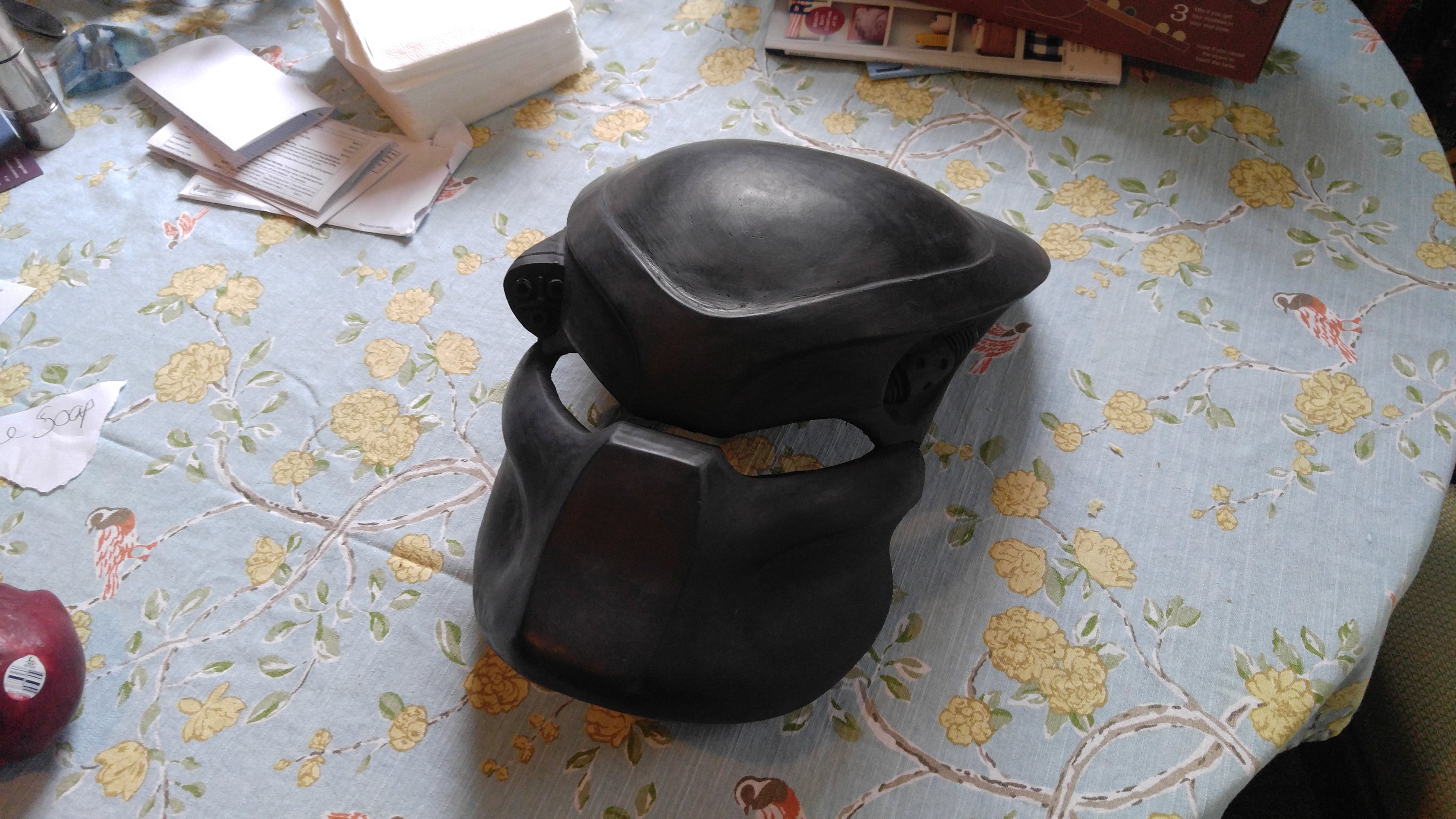 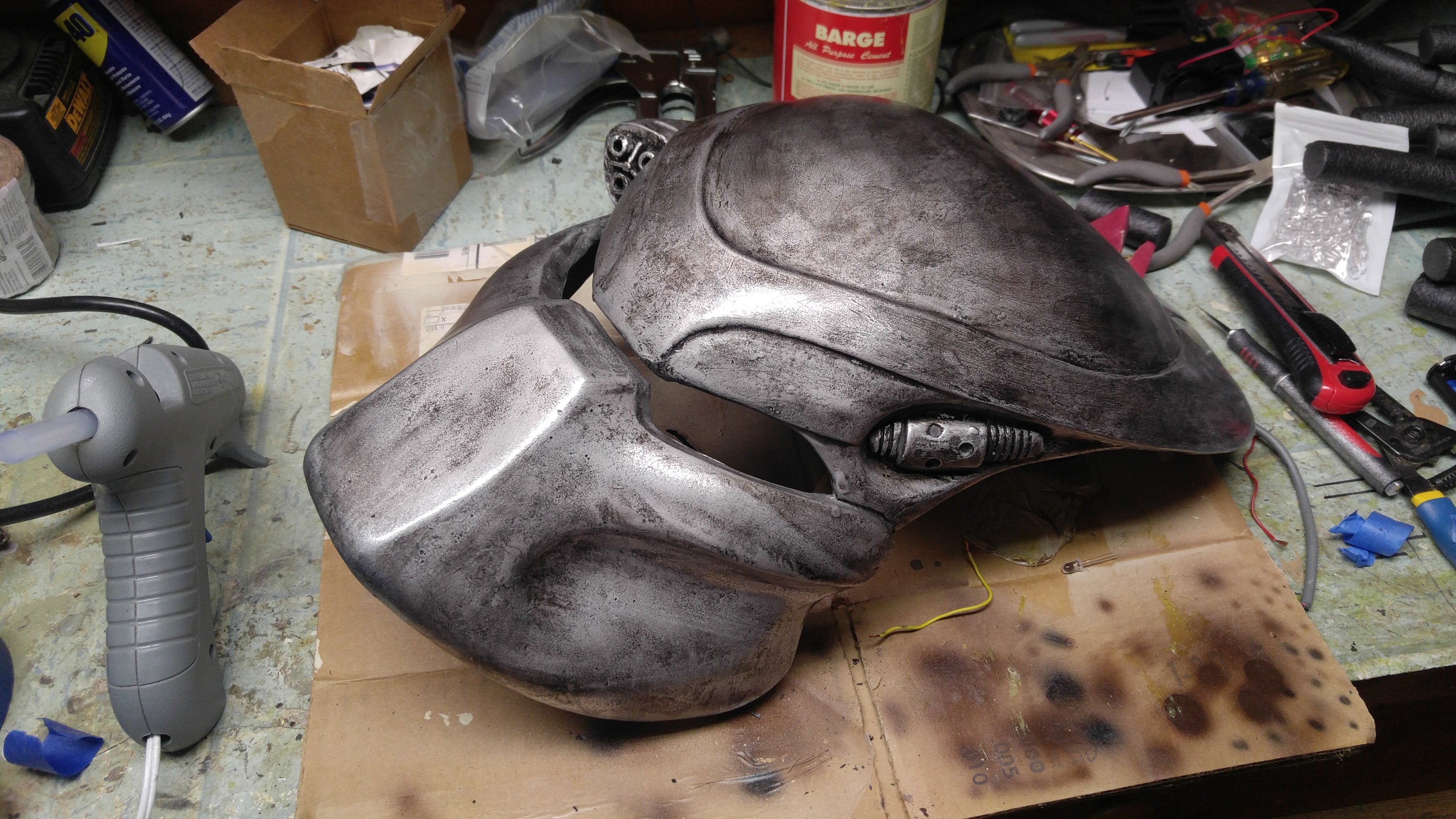 Wats the necklace peices made from where did u get them

I must eat a lot of chicken in theese days

casey said:
Wats the necklace peices made from where did u get them
Click to expand...

Haha, real bones! Necklace is made of Coyote femur and jaw bones, sash is made from Muskrat skulls and Coyote femur bones. You can buy them off of Esty if you just search animal bones. They are cleaned and bleached so they have an off-white color. I took some wood varnish and applied it over the bones, let it sit for a minute then wiped it off to give it a grosser look

Shogun said:
gabri Yes it looks like real Chicken bones and some real skulls as well
Click to expand...

No need to eat a lot of chicken....but high in protein 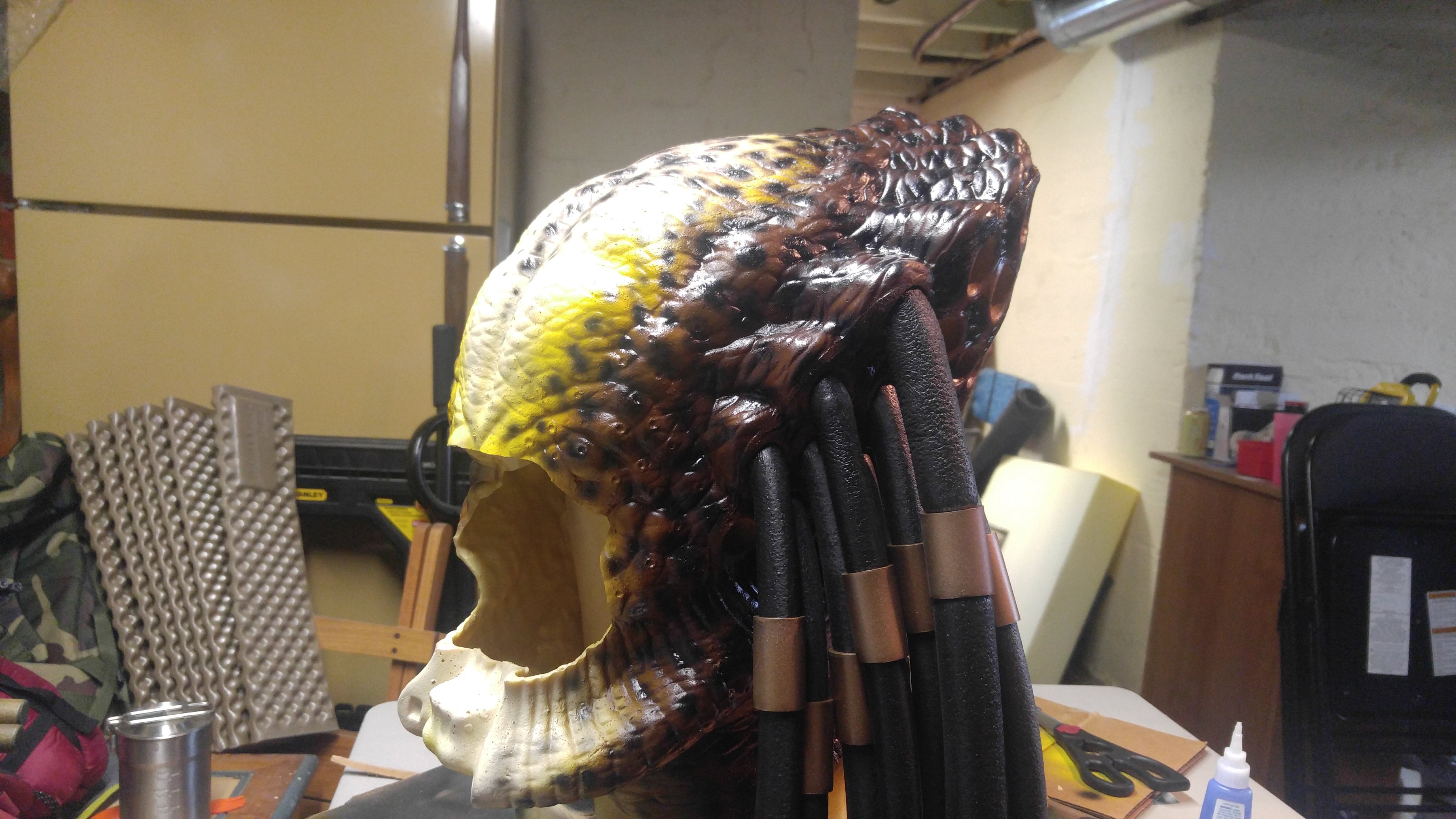 Alright, a lot of this went much faster than I thought it would so here is a large update. At this time the only thing I have left is to mount the plasma caster, attach the back strap to cover the suit zipper, feet, repaint some of the latex suit, and a bit of wiring/lighting.

I hope you guys/gals have enjoyed this build to this point....more to come!!

Start of the helmet paint job and the finished paint under that. 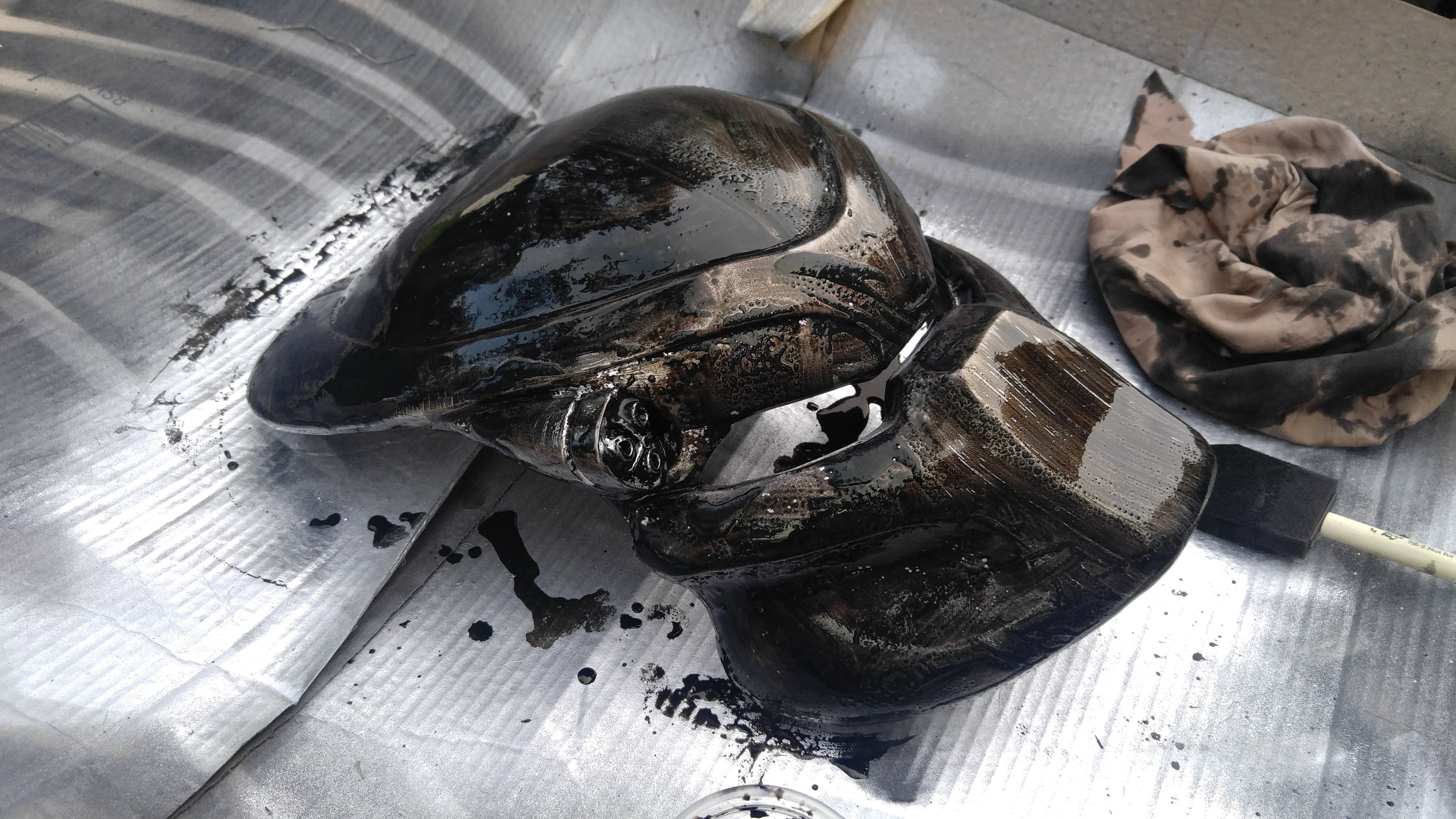 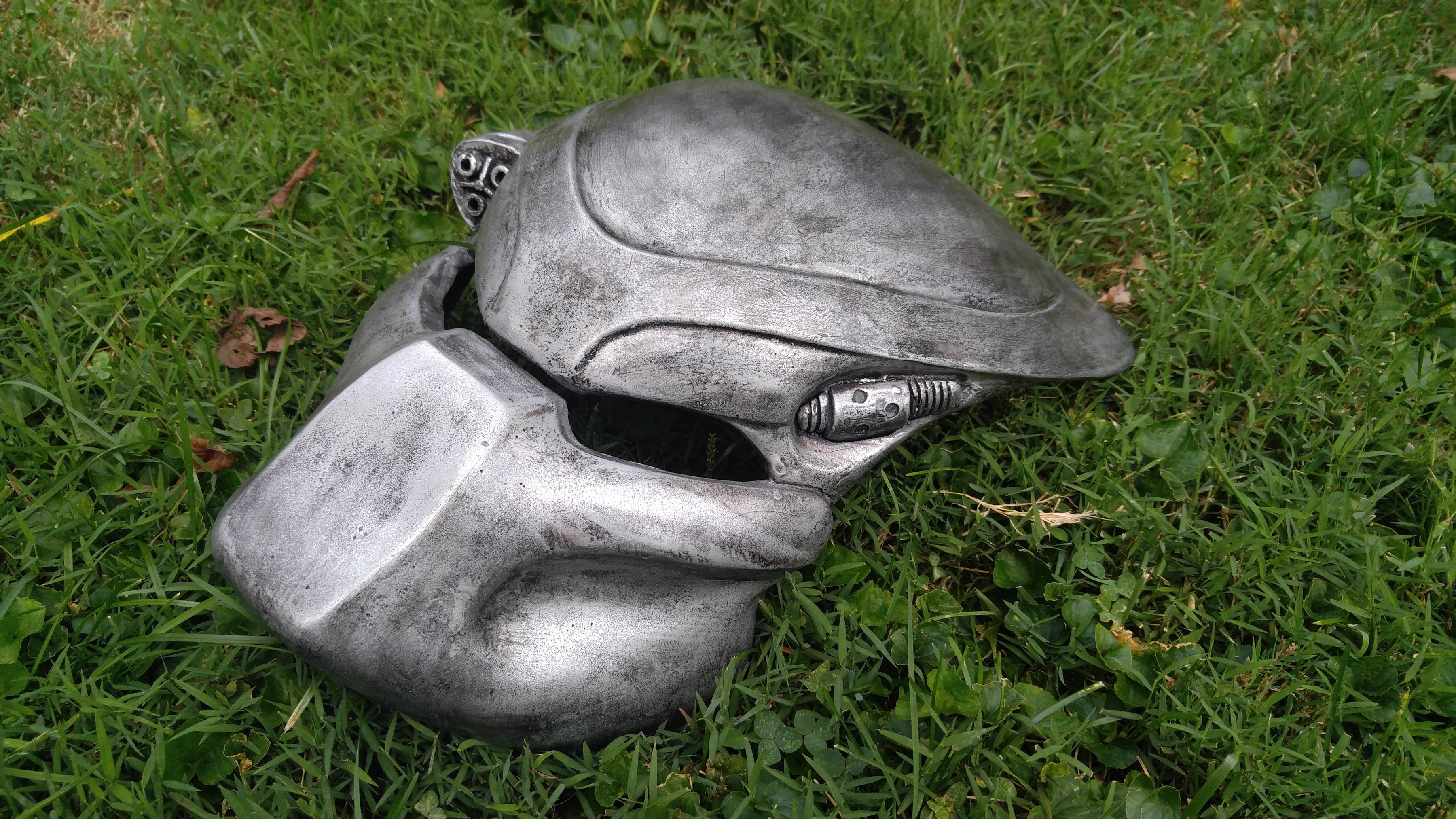 For the dreads I decided to go the cheap route for now. I made the beads out of thin walled PVC tubing, the dreads from backer rod (Ø.75" and Ø1.0") and painted with Plasti-Dip. As far as look I think they turned out good for the price, they do add some weight to the head but nothing I can handle. There are a total of 60 dreads. 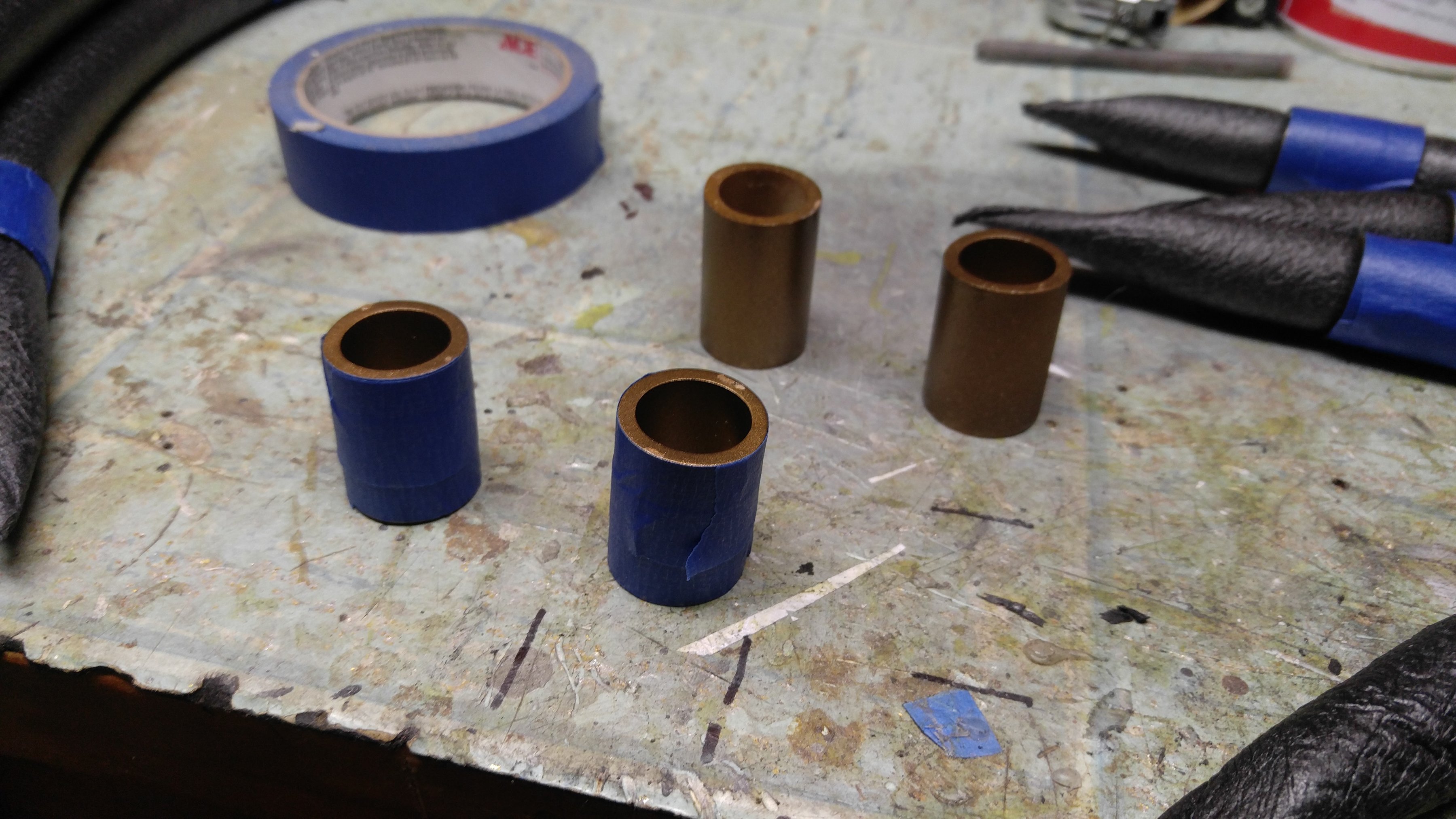 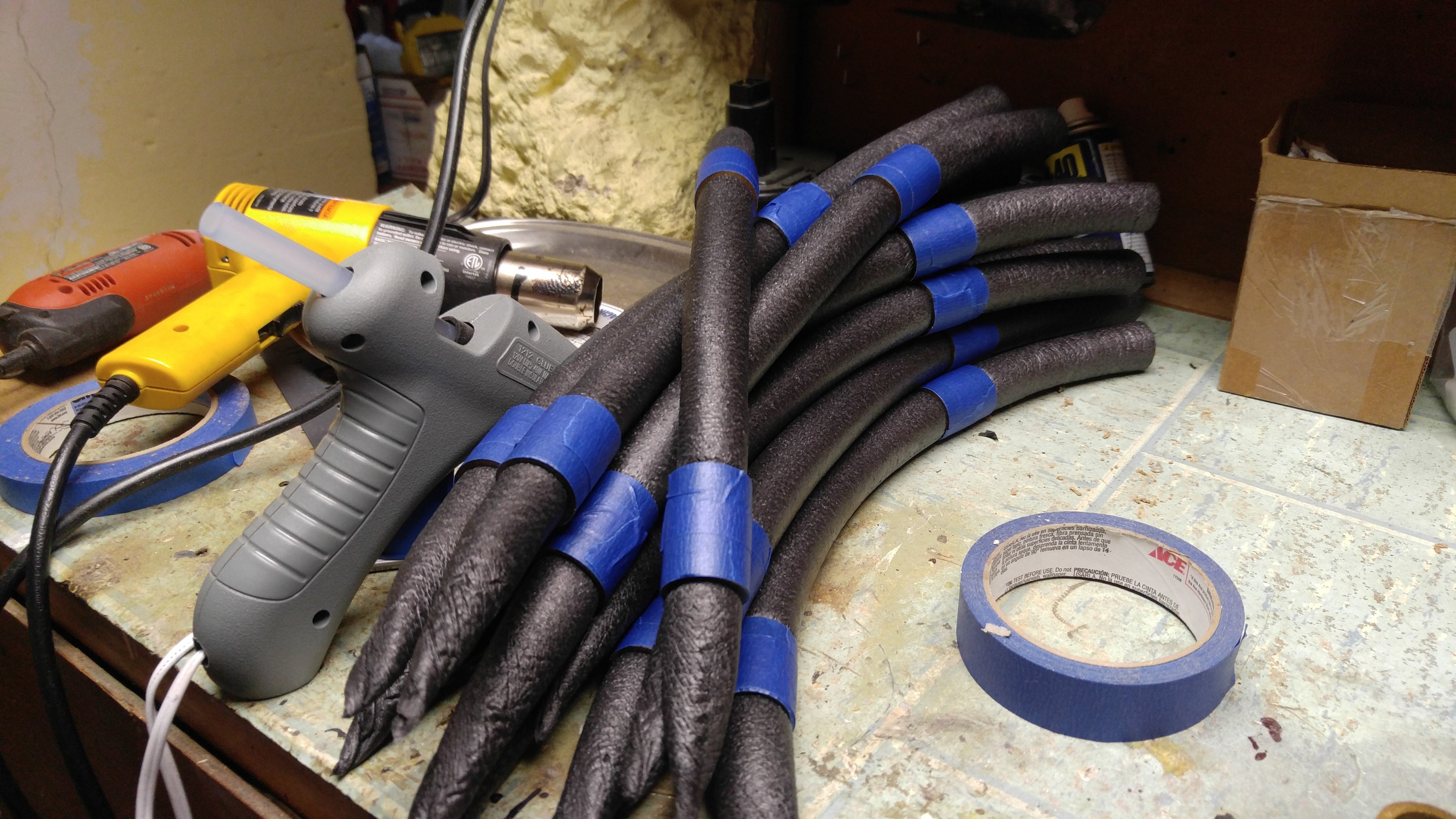 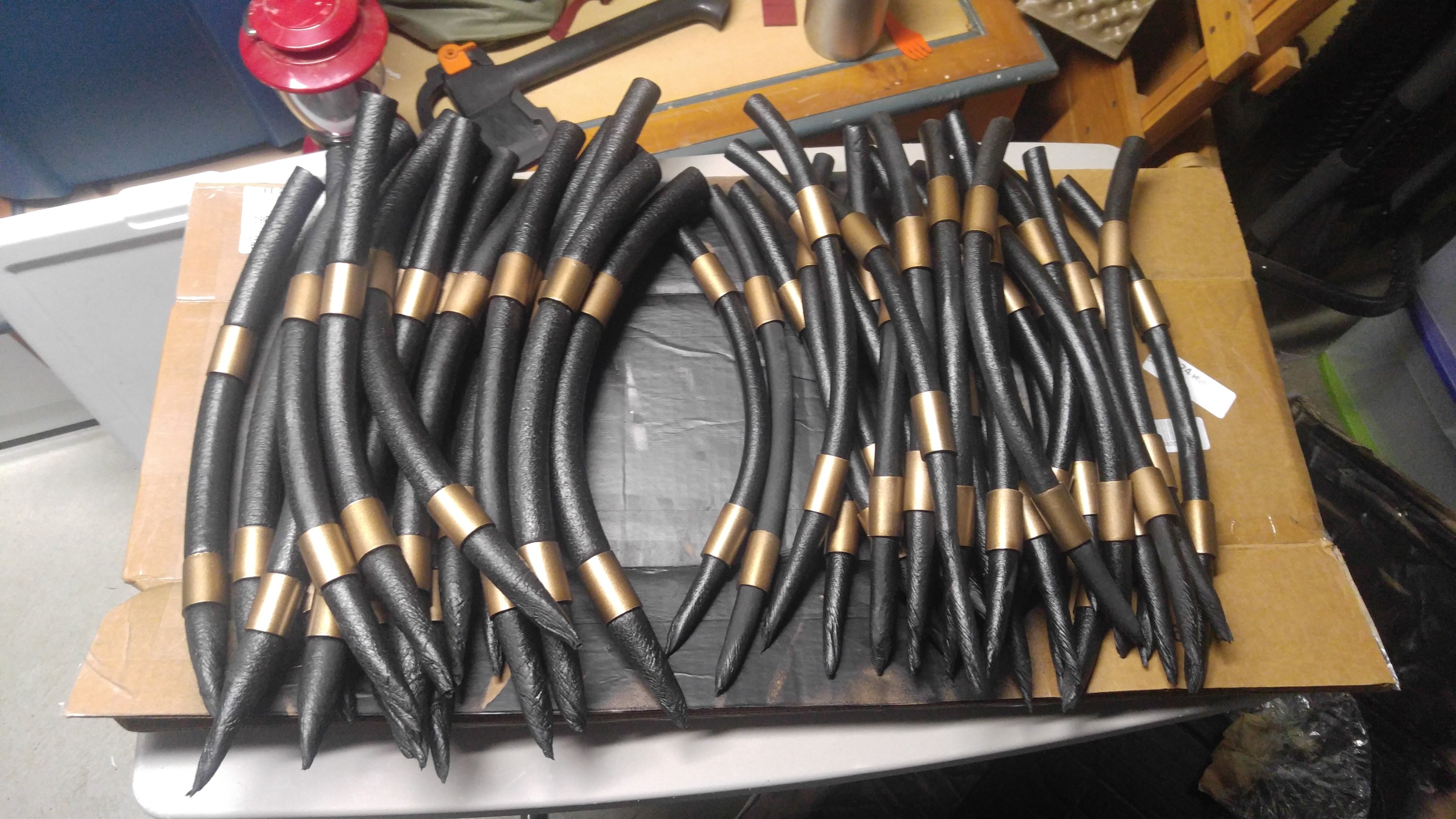 To attach the dreads I cut the ends on a 45° angle then notched them out to fight tight against the head, I didn't want them to stick way out as you see with some people who use backer rod. 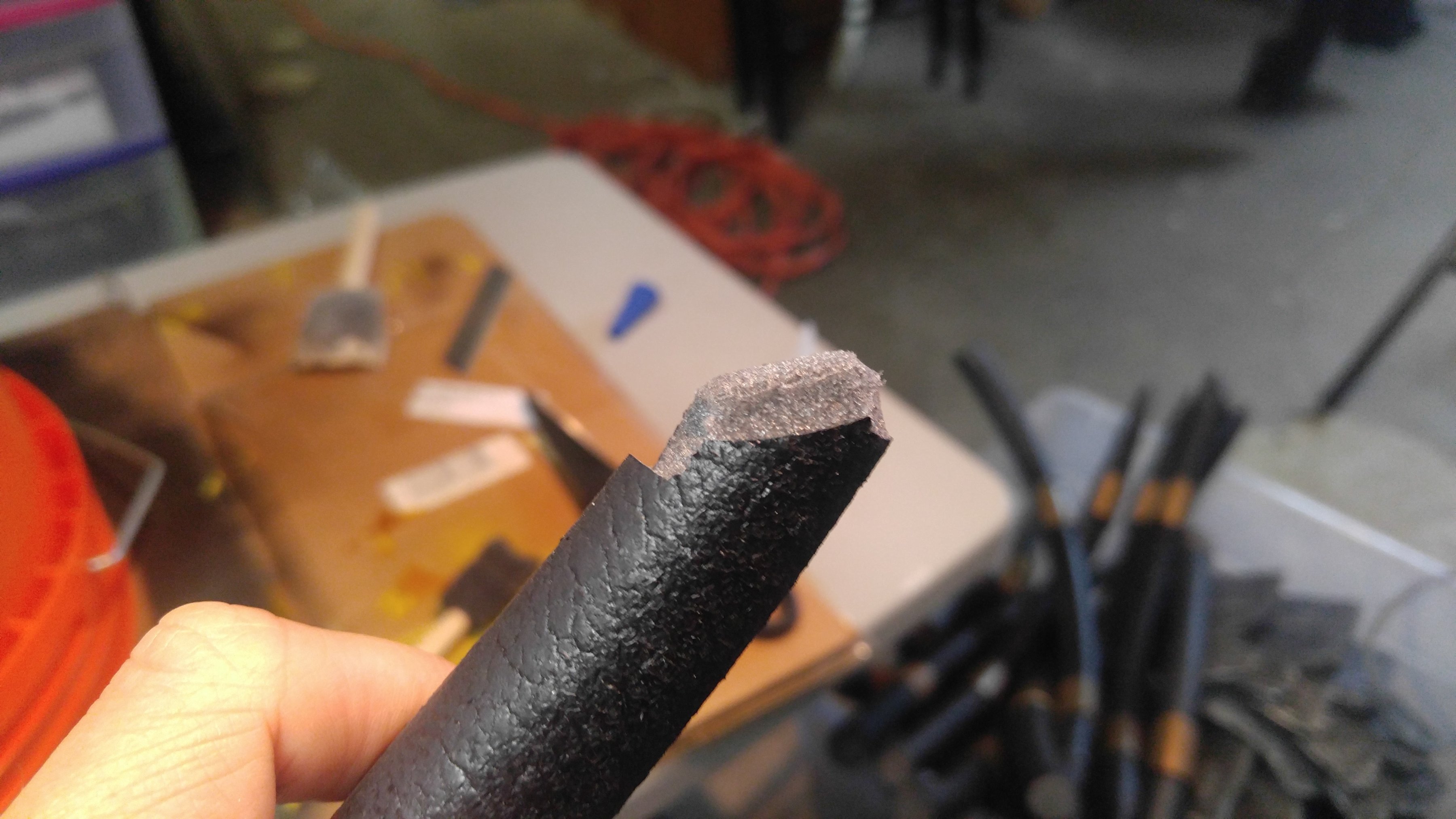 I then began the process of painting the head. Started with a light tan as the base coat mixed with some liquid latex, I then moved to a yellow, orange, brown, then eventually black for detail. I did paint more of the mask than I needed to since its a half mask but I wanted to do it for the practice. I'll probably get a full mask in the future after having fun painting this one. 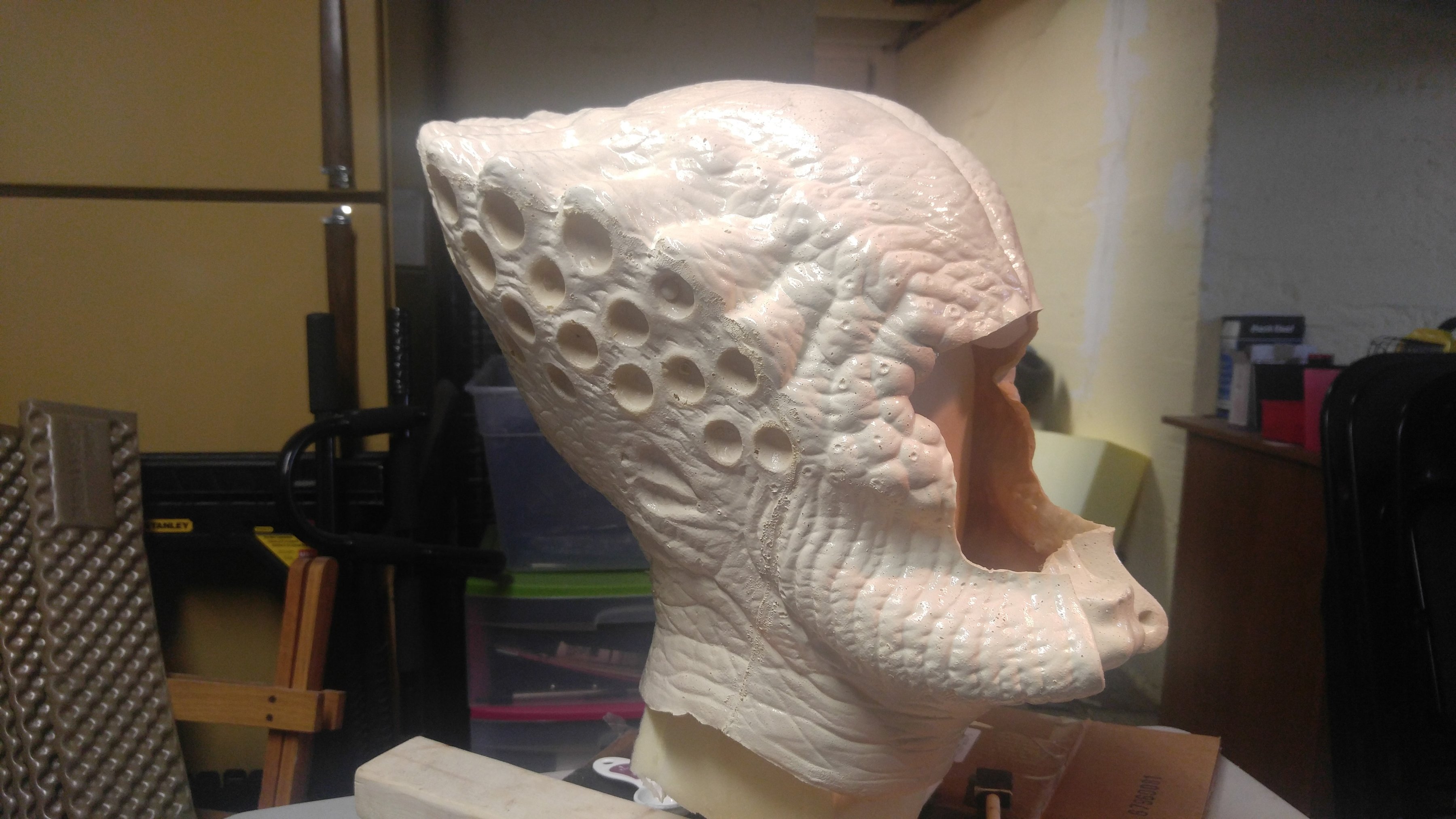 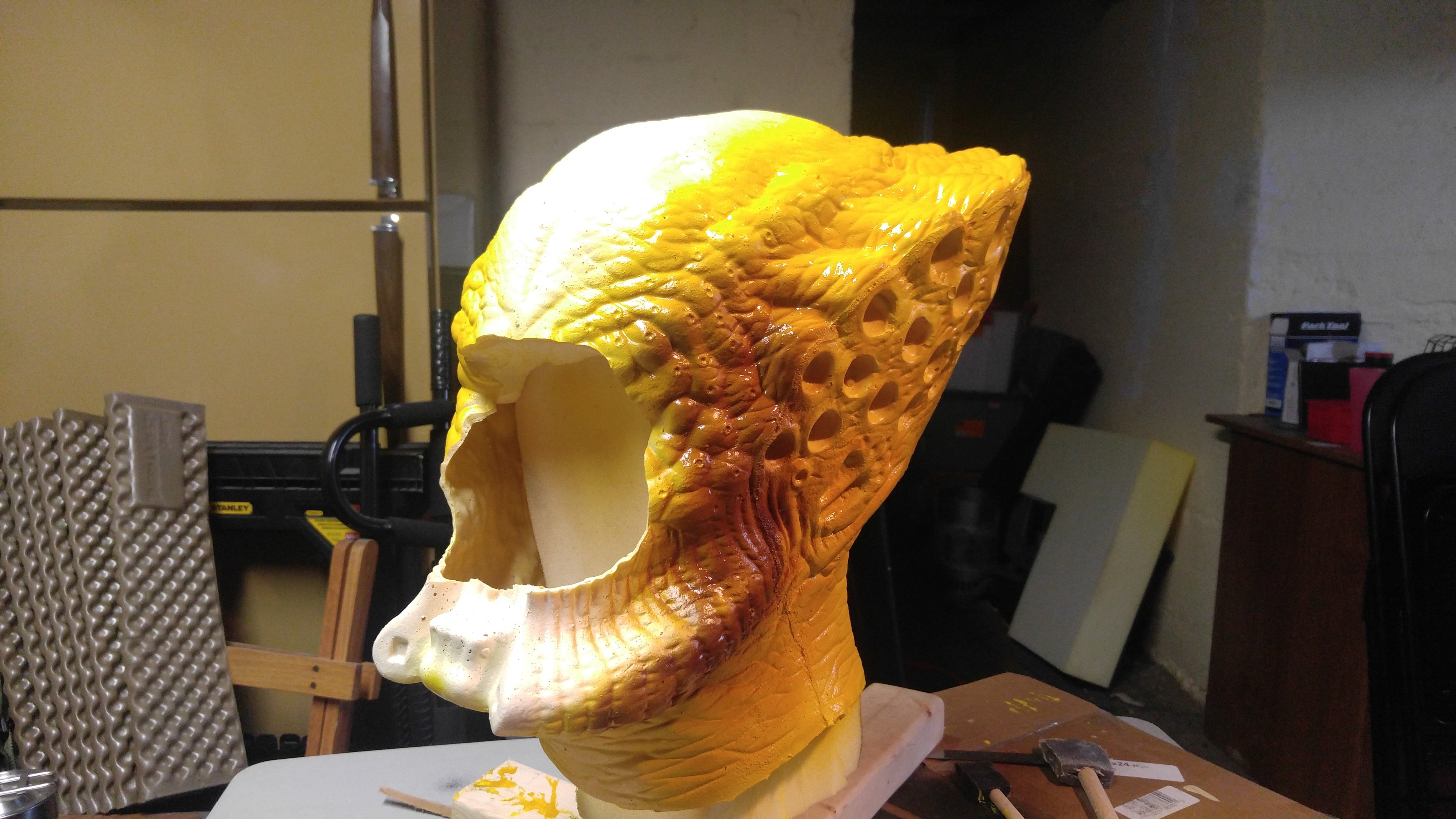 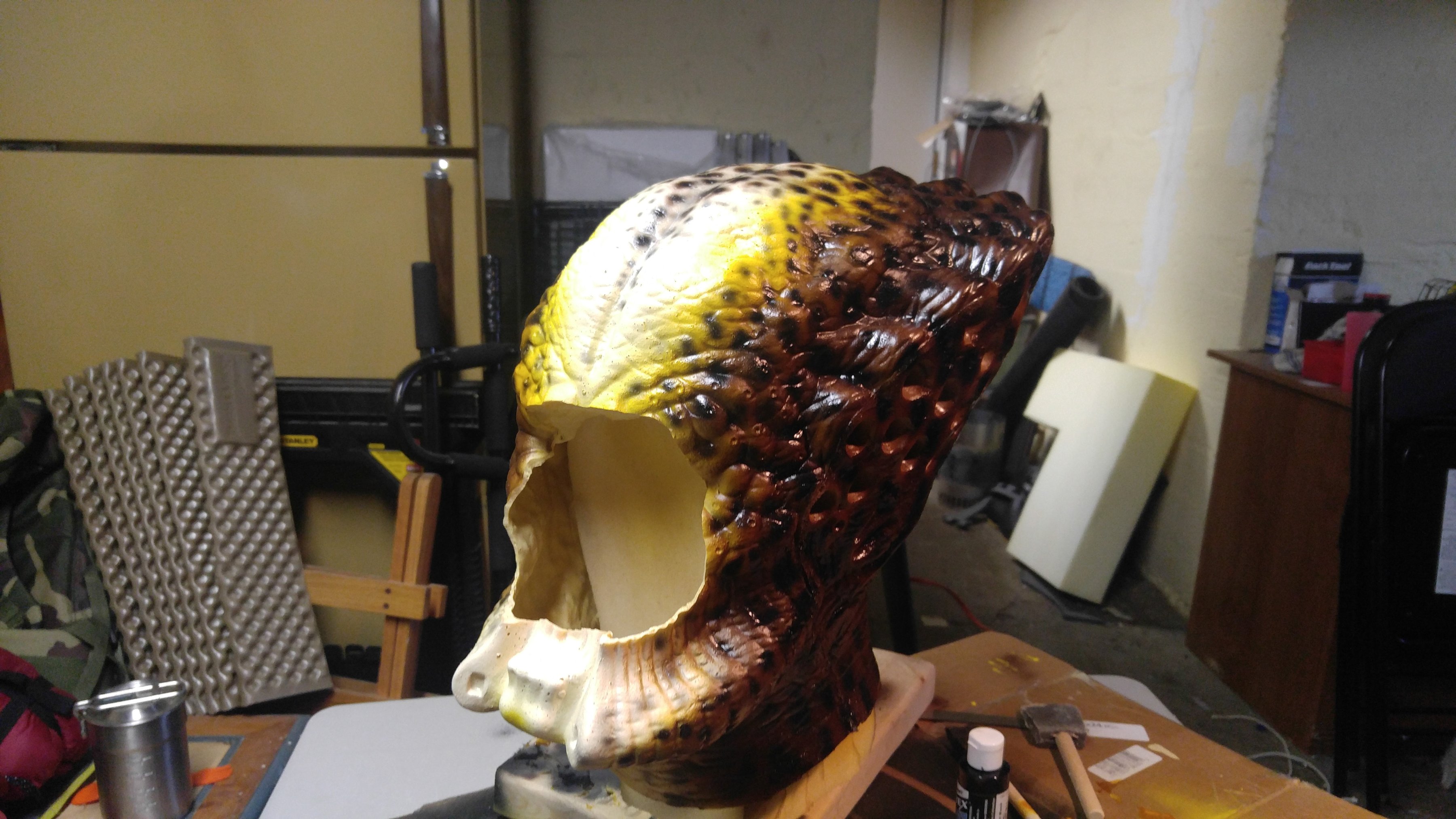 After the mask was painted I started the process of fitting the dreads, used super glue for attaching them. Super glue seems to attach them very well, I tried to pull one off because I didn't like the position but it was stuck on for good. 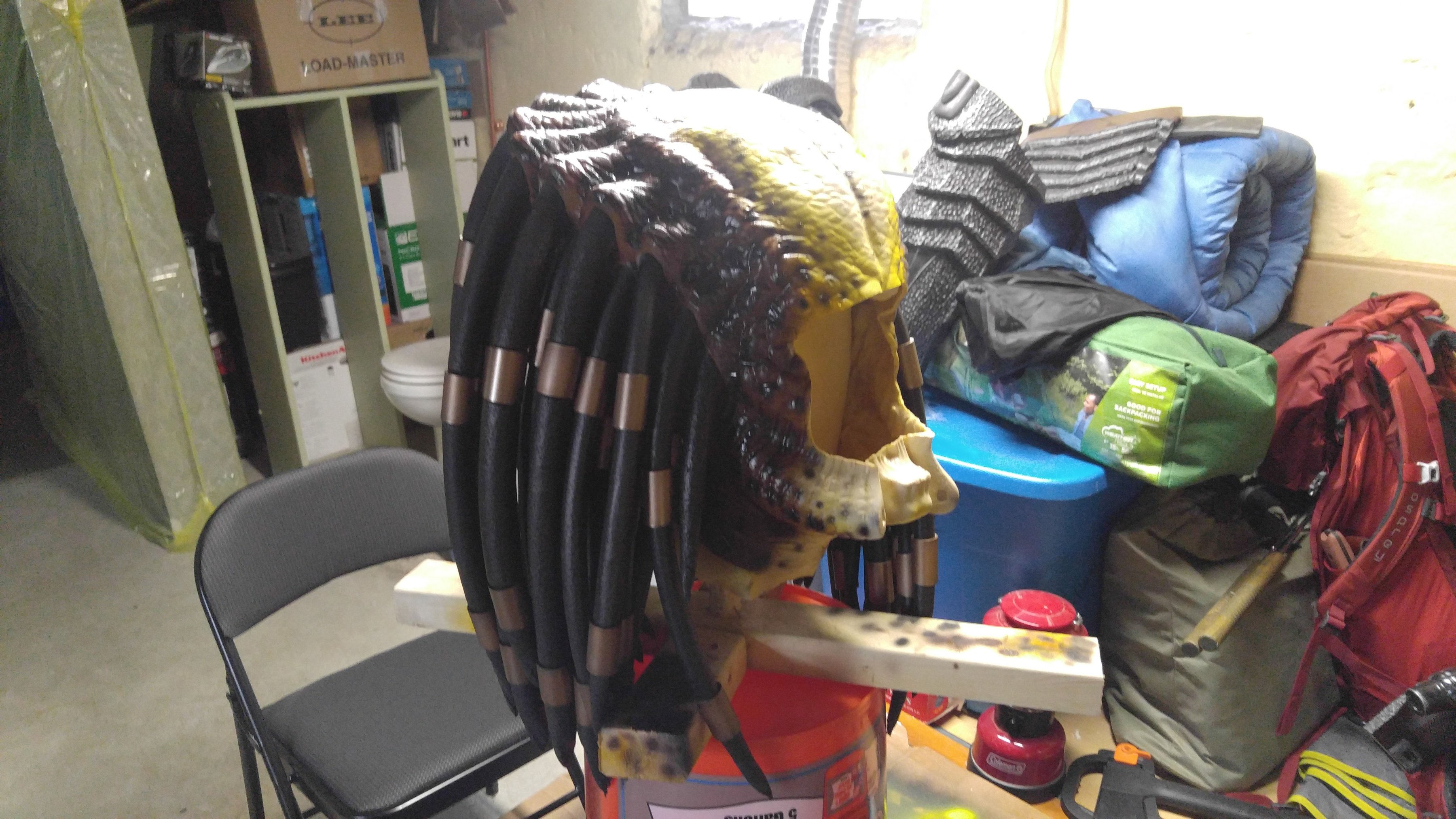 After those were added I glued the visor into the helmet, head is done except for the electronics and the magnets to hold the helmet on. 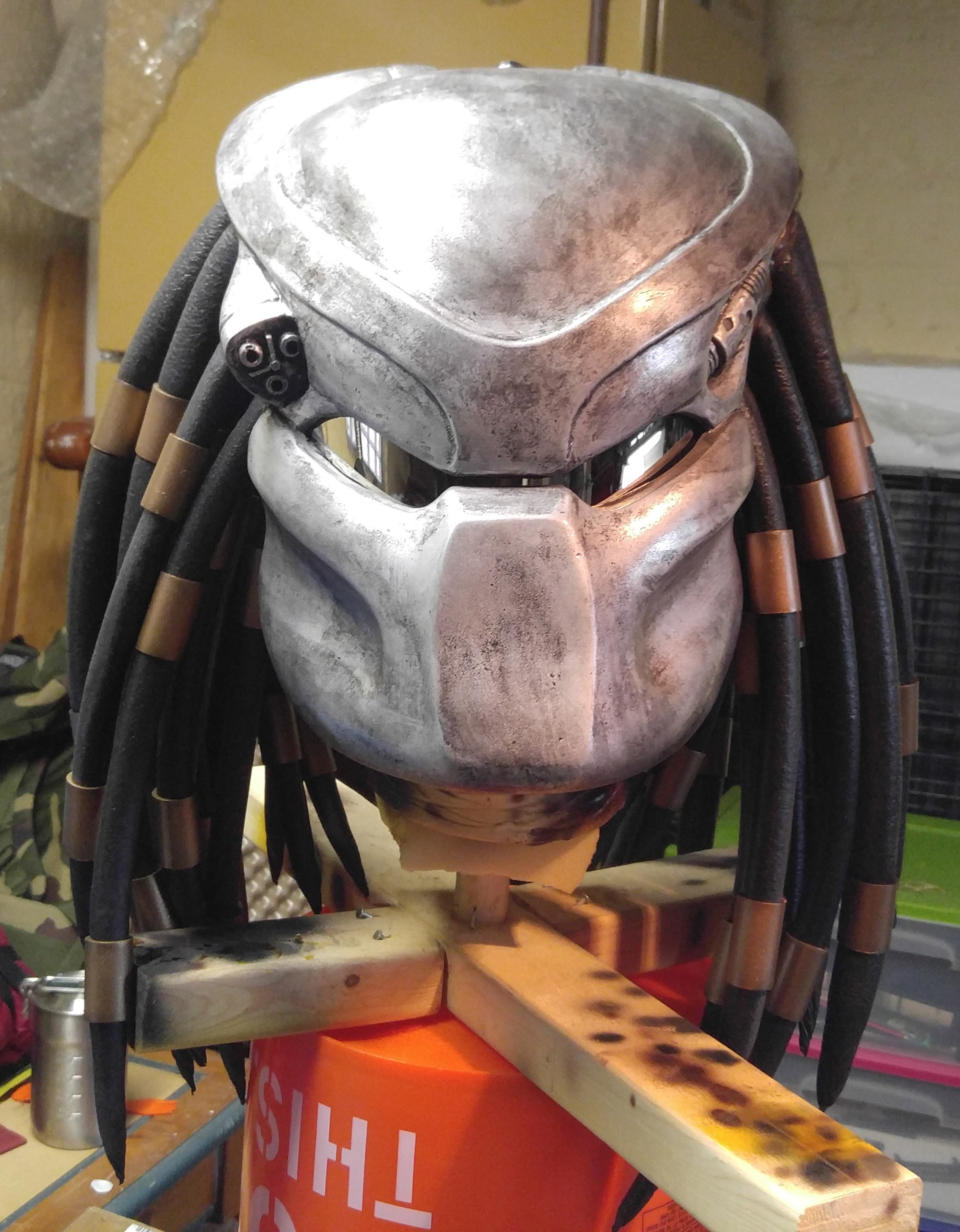 Lastly here are some pictures suited up fully, I forgot to put on the skull necklace and sash so pictures of that will be done later. All in All I'm happy with the look, one issue is that I have trouble turning my head because of the stiffness of the backer rod. I plan to add some foam to the mask to assist with the head turning. Also I need to figure out how to attach the plasma caster so the dreads don't knock it around. 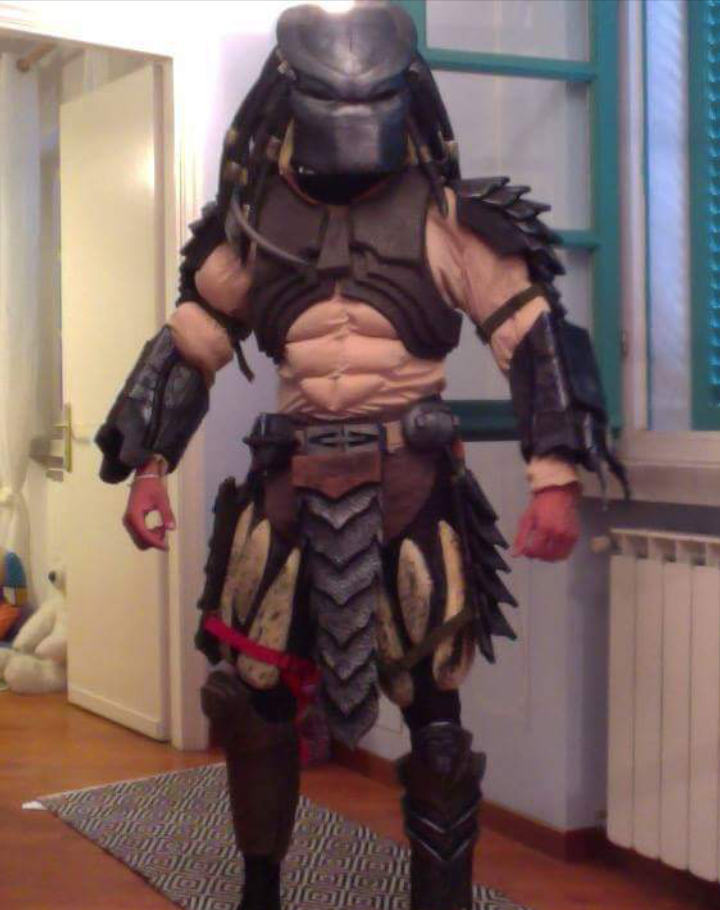 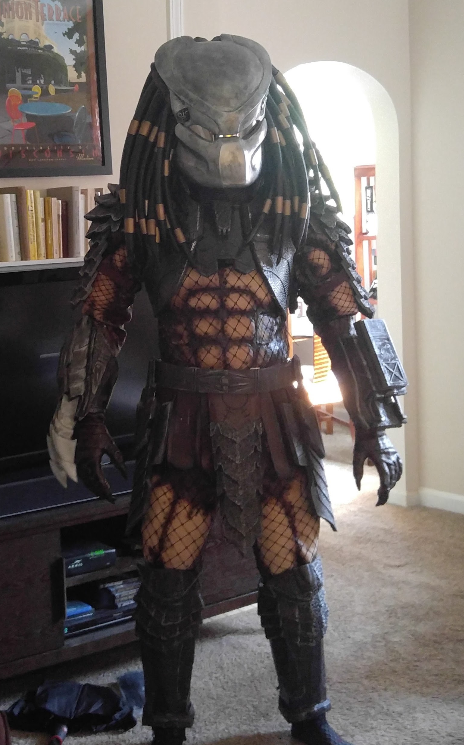