How lucky am I. The 4th DLC (no spoilers) has a part where there are a few broken ammo dump machines just laying around. So I can have a good look inside, get some screenshots of the separator panel which isn't obstructed by shelves, and also get some other angles of the front panel which is normally covered up by the holographic hand icon.

It's a really good timing as I've only just started the sheet work and haven't got to this part yet. 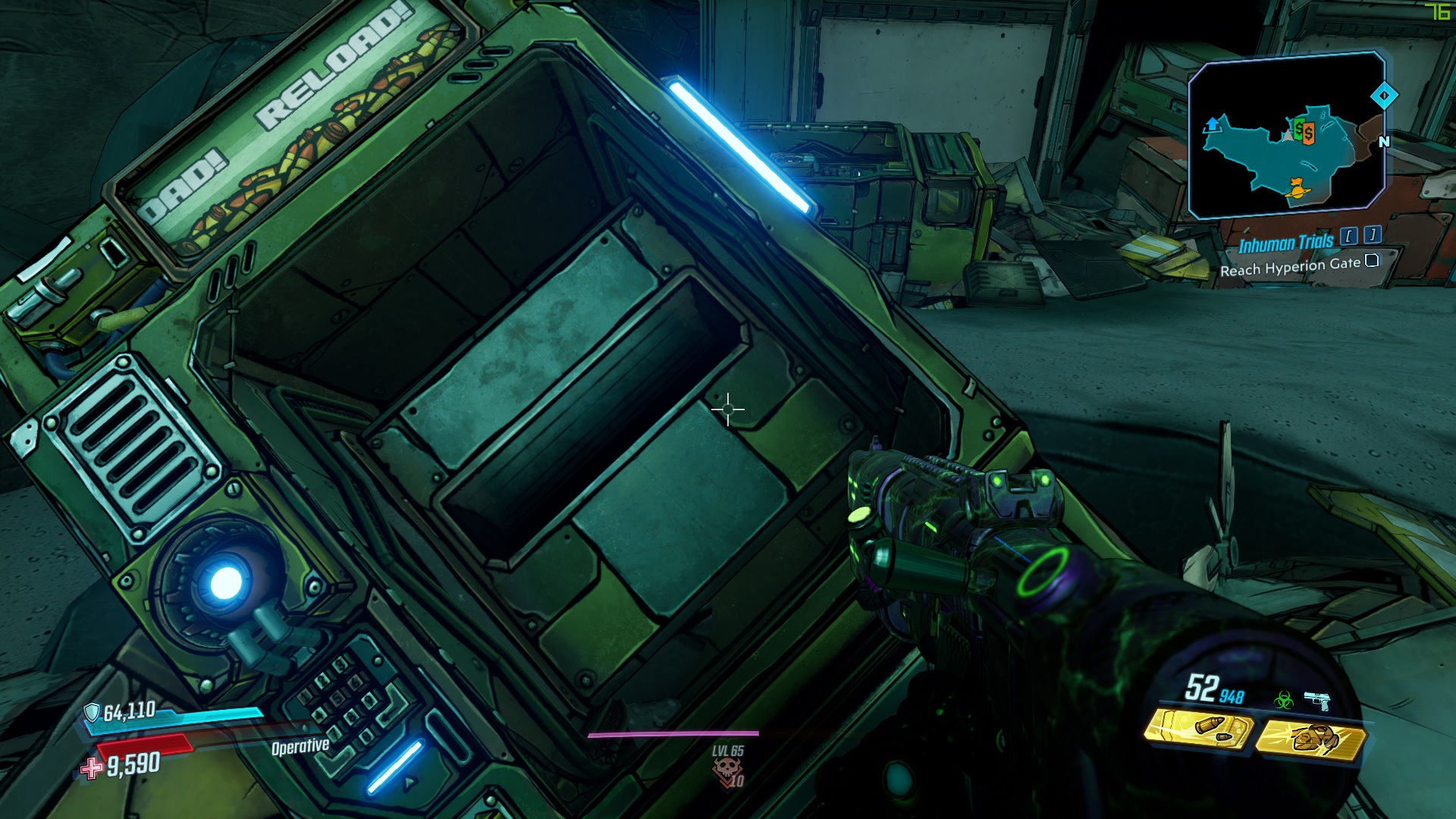 RPF PREMIUM MEMBER
What do you suppose you'll stock it with when you're done? Ammo? Or... I dunno, Tic-tacs?

Haha my daughters reckon that we should use chocolate bars in there.

Have been working on the front panel today, I only managed to get a 1mm sheet this time as my regular steel guy was out of stock, so going from 0.8 to 1mm is a bit of a difference. Defintely struggling to cut it as good but its ok, if anything it definitely feels a lot beefier. 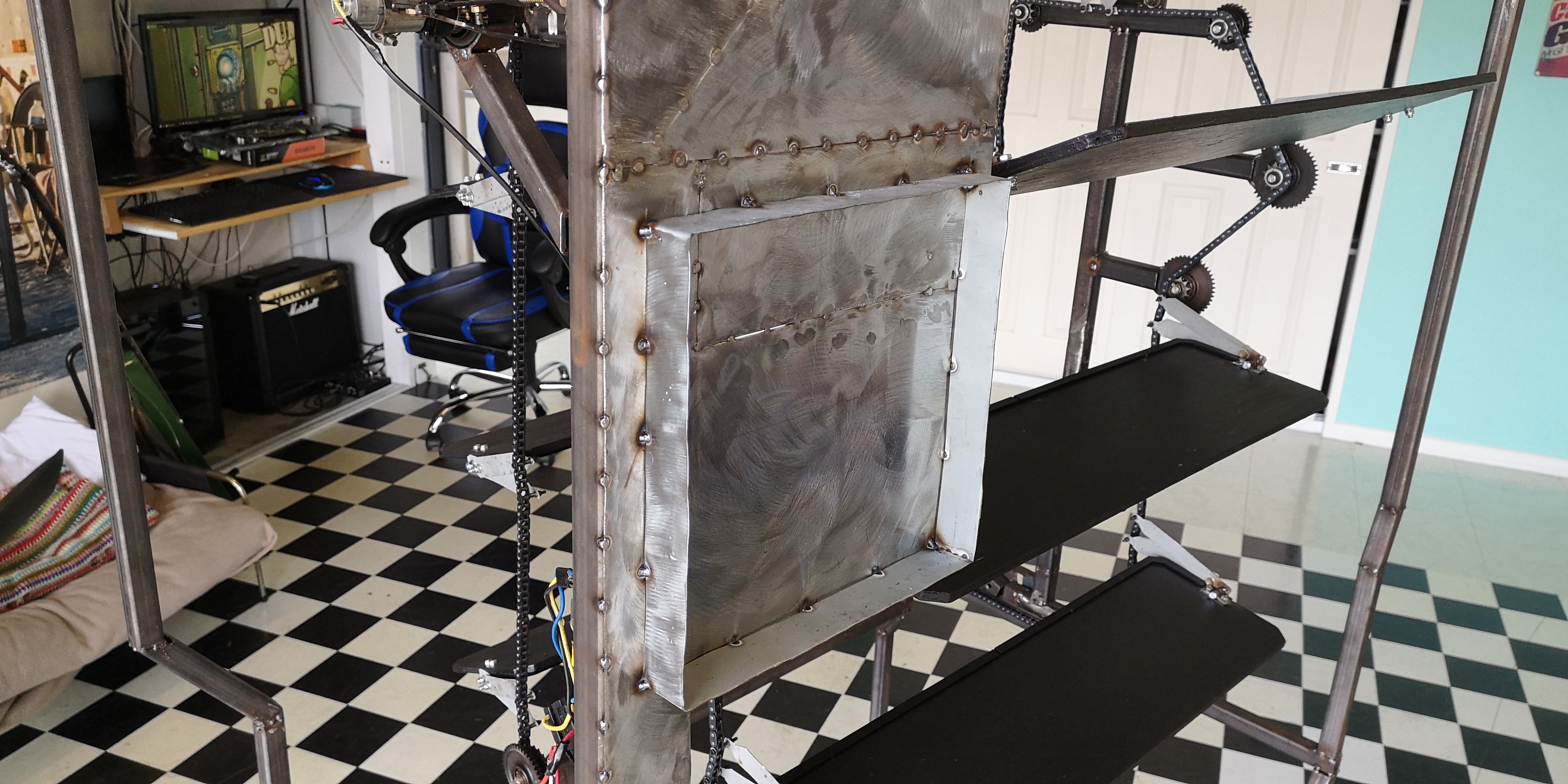 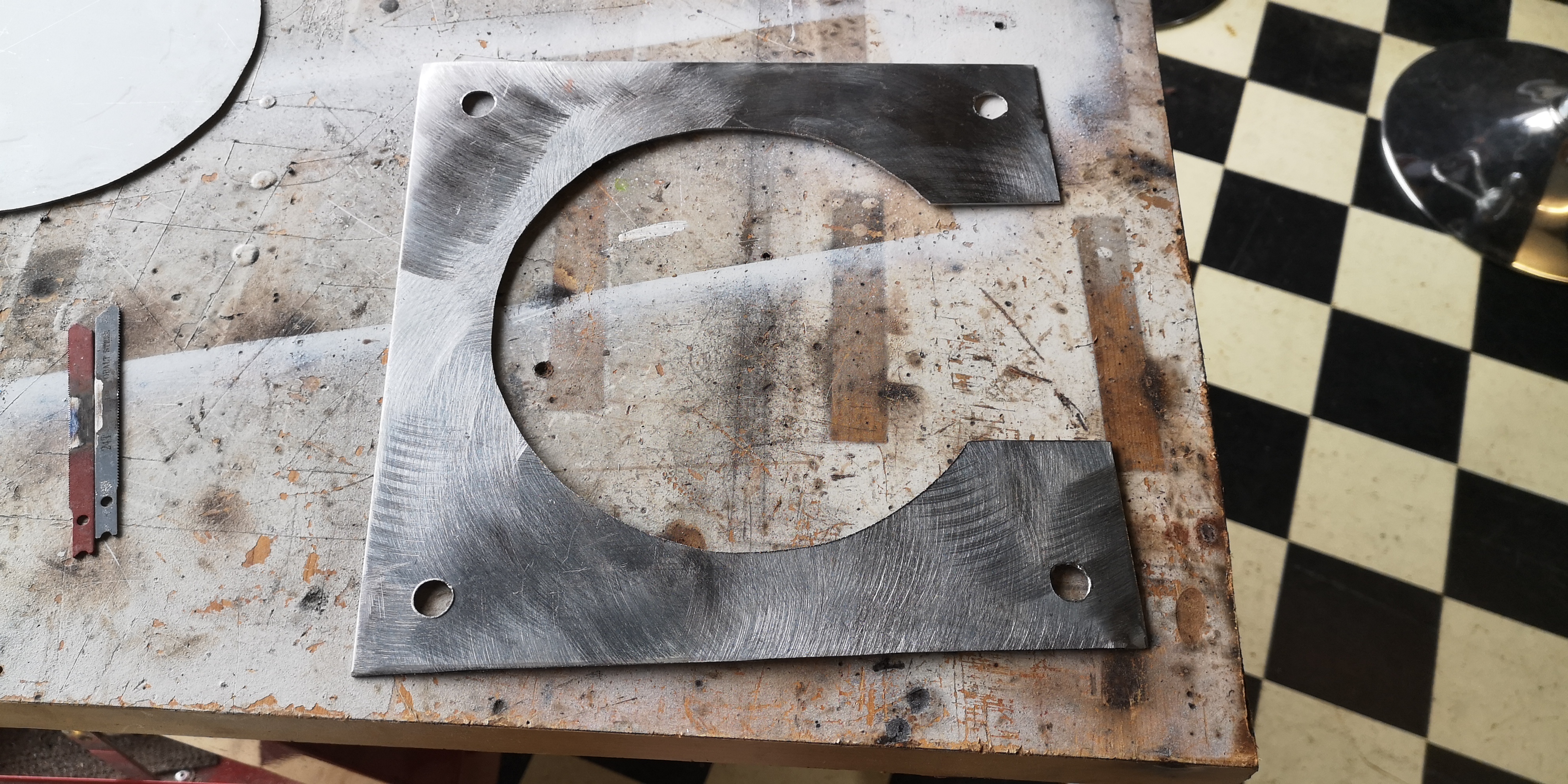 Tried replicating some details as well as I could where it was easy at least, so using one flathead in the top right corner, 1 smoothhead bolt, and 2 bolts that are meant to look like rivets - had to drill them out a bit. 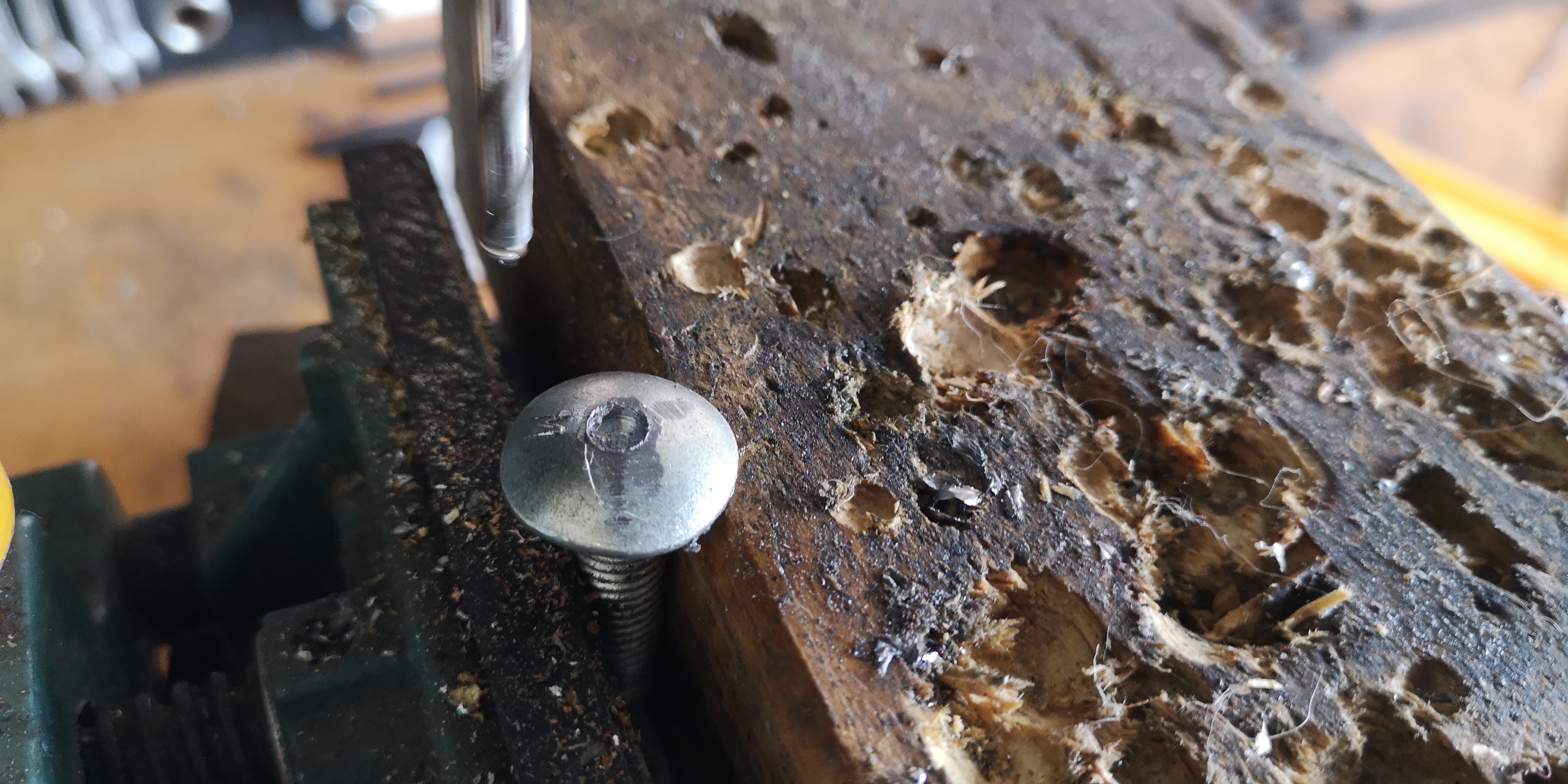 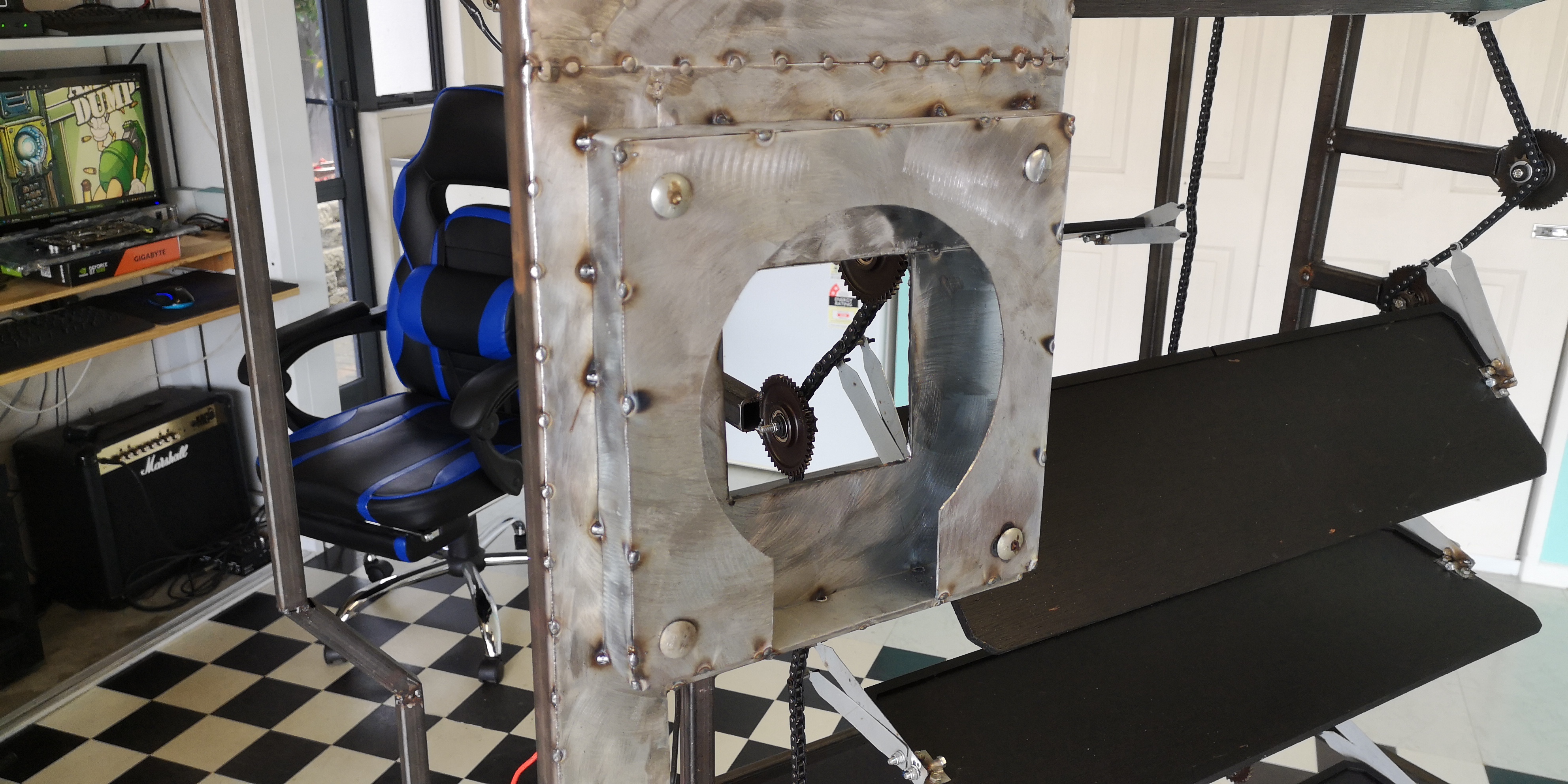 Rolling this 1mm stuff was also a bit different, you dont realise how much you get used to a certain grade of sheet, changing to something different slowed things down but we got there. 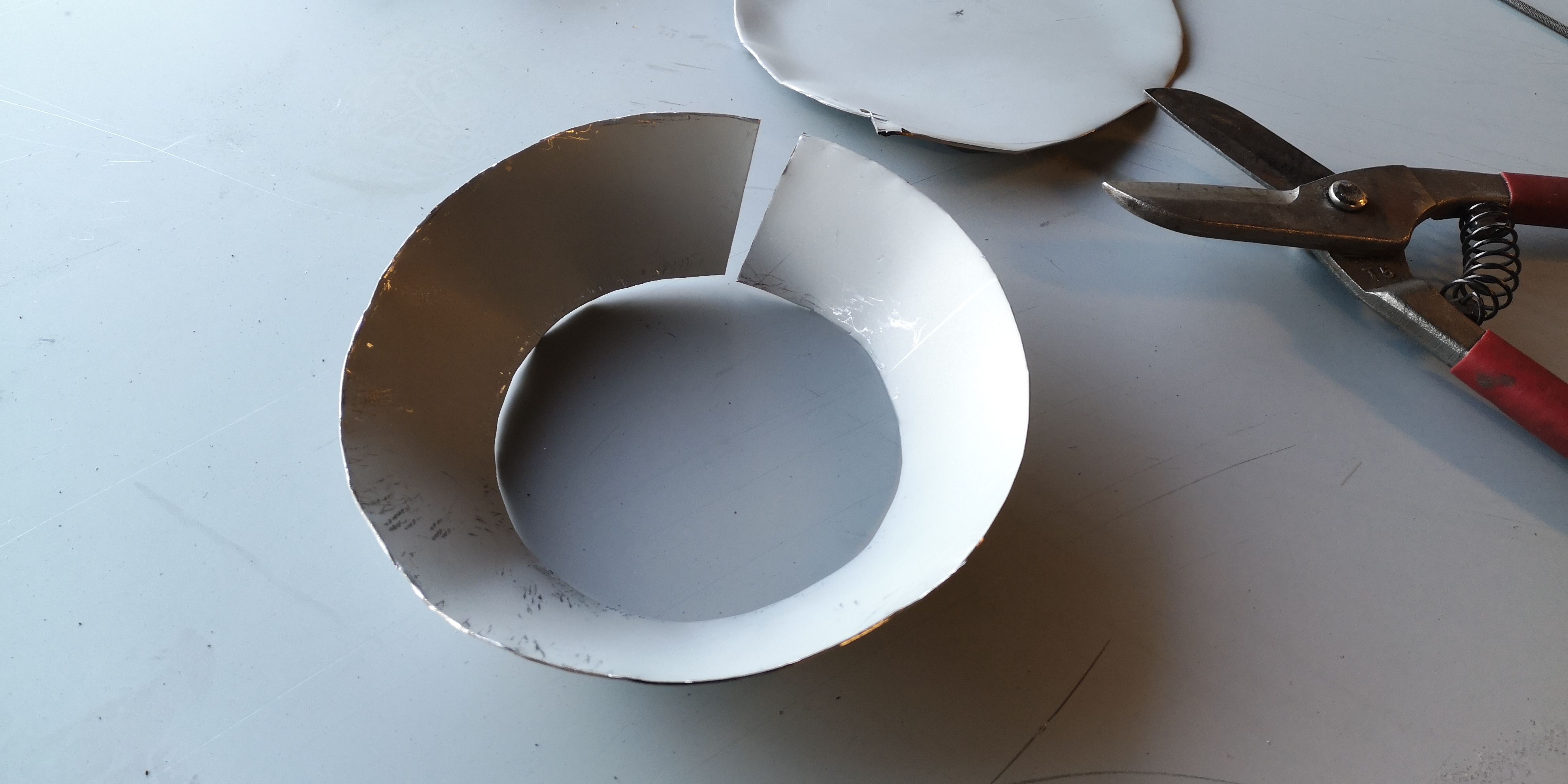 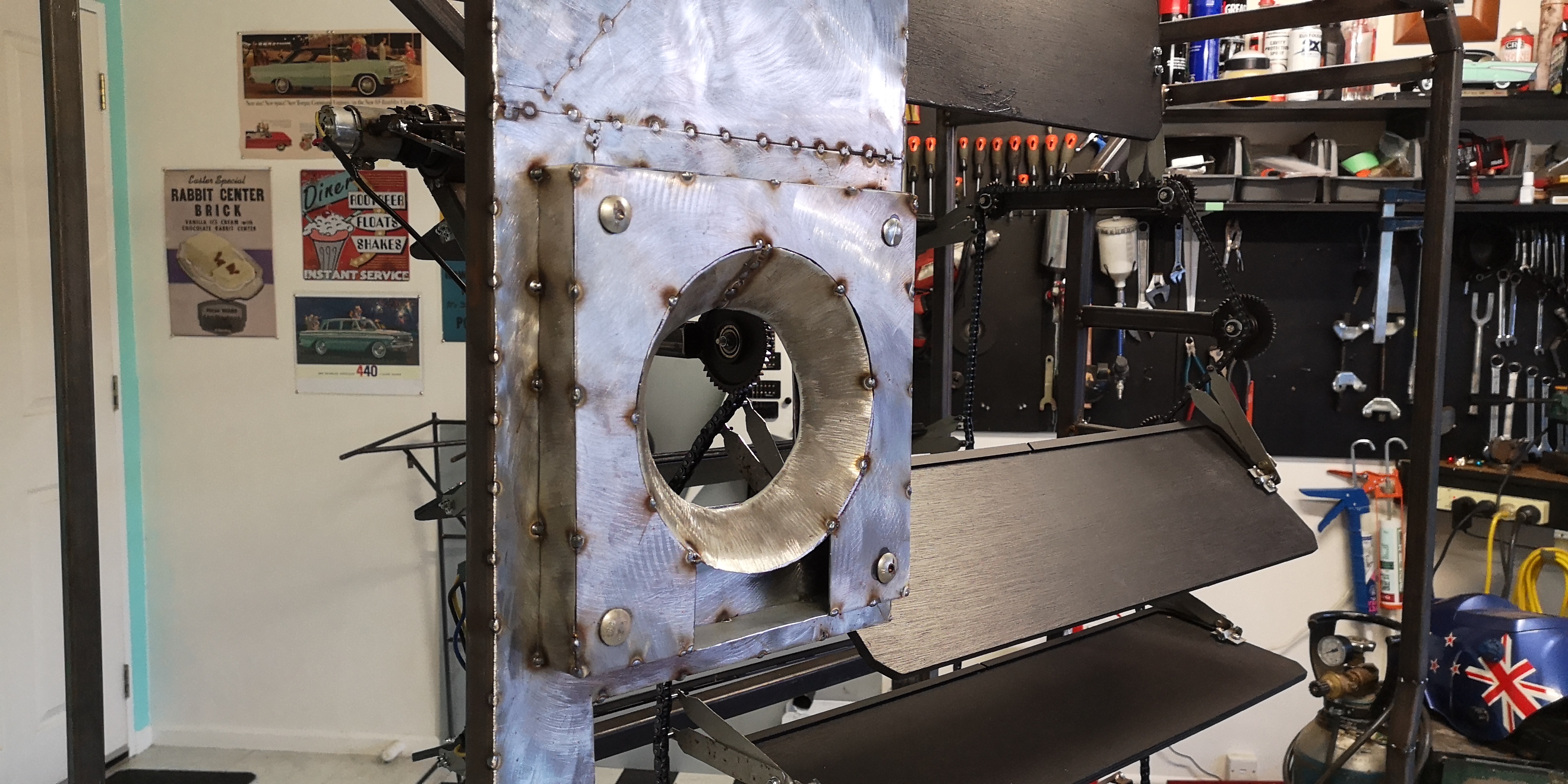 Comparing to the screenshot the depth looks a bit less than what it's mean to be, I think some of my proportions got a bit munted as I only measured the painted part not the black line. But I think it'll be ok. Pretty happy with how the cone part came out. 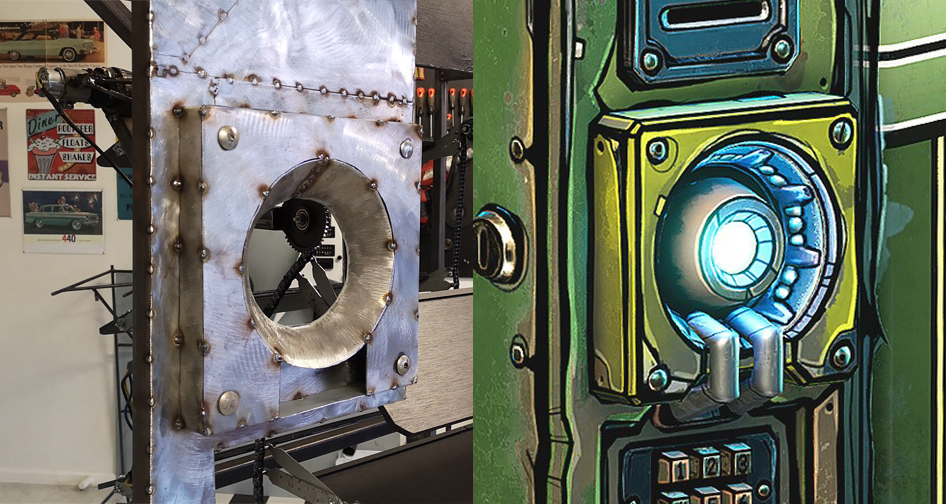 RPF PREMIUM MEMBER
This thing is going to be heavy. The metal already looks amazing.

Hey so I'm using 1mm sheet which is pretty much exactly 24kgs per full 1220x2440 sheet. I estimate I'll probably end up using maybe 1.5 full sheets so that'll add about 36kgs. At the moment (I havent weighed it but it feels to be at least 40-50kgs, plus the screen, internal battery charger and other bits and pieces when done I think we'll be looking at at least 100kgs in the end. Might need to make some hidden handles if I ever want to transport it. We are thinking of selling the house in the next 2 years or so, so moving this thing safely will definitely be a priority lol.

Started sorting out some wiring last couple of nights after work. Sorted the voltmeter, a bit hesitant hooking up the ammeter part though as it's 10A max, and I know ive blown a 10amp fuse already for the motor, so might leave it off, or just replace it with a straight voltmeter only.

Also sorting out a master on/off switch as I need to be able to shut down the entire thing when I'm not working on it. 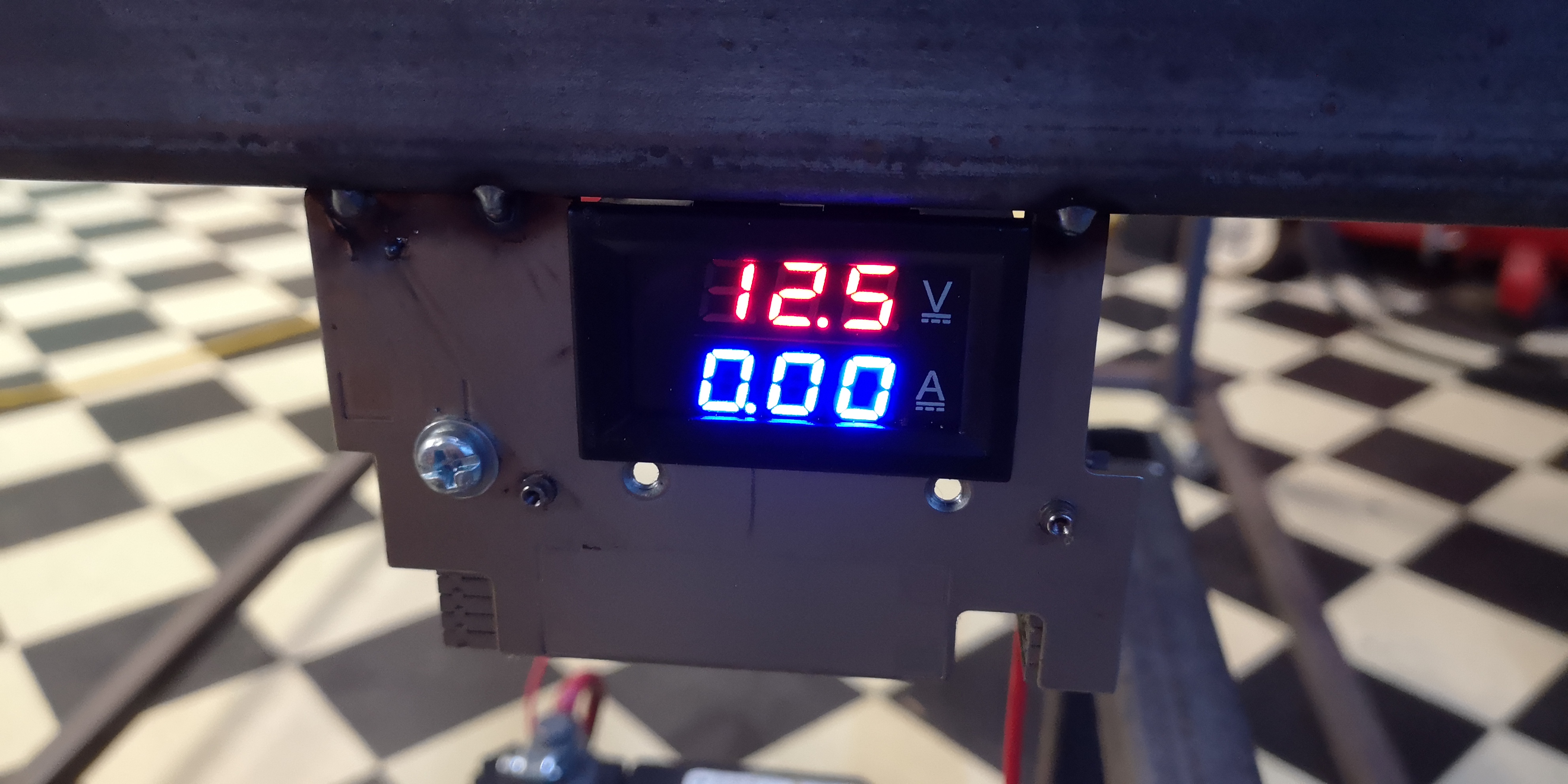 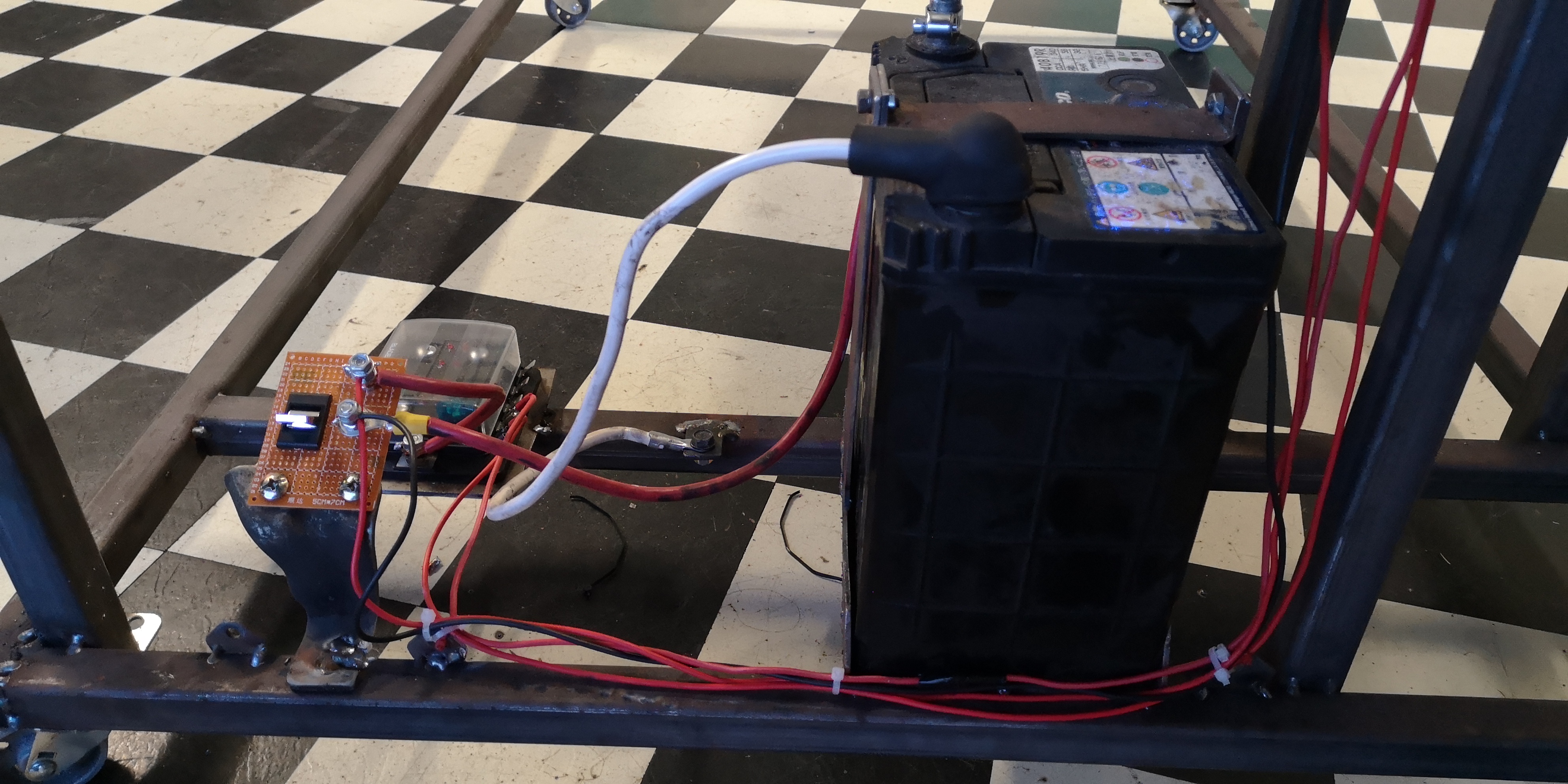 Spent a decent part of the day today trying to see if I can get a keypad to work with the toggle switch to reverse direction of the chaindrive, my goal was to not resort to momentary switches which would drive relays, but to get a "mechanical click" feel to it, so the buttons actually toggle a switch.

This turned to a bit of a can of worms, I'll still have a go at sorting it tomorrow but unless I can get it 100% reliable I'll start over just using relays. Still was an interesting attempt. 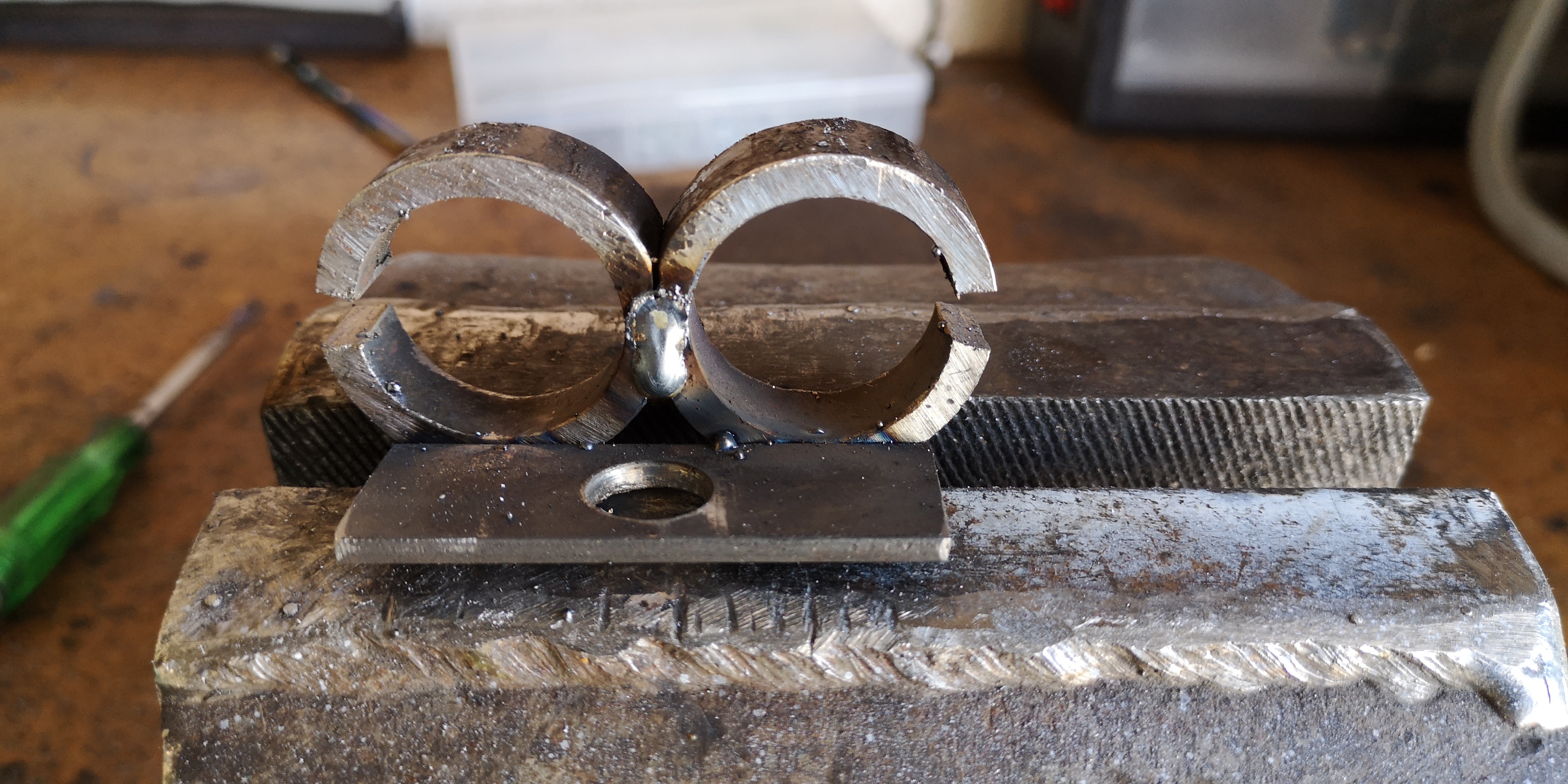 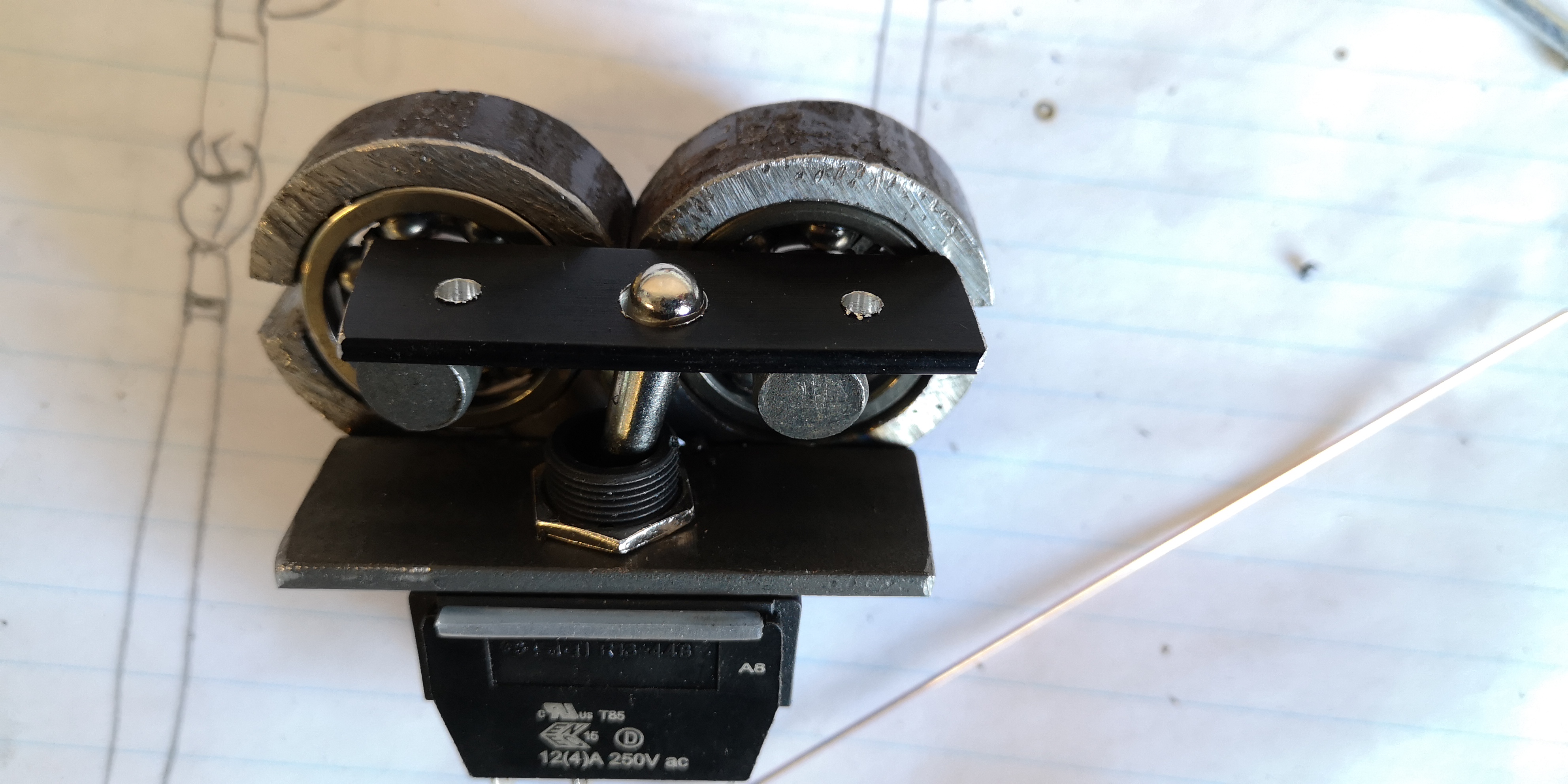 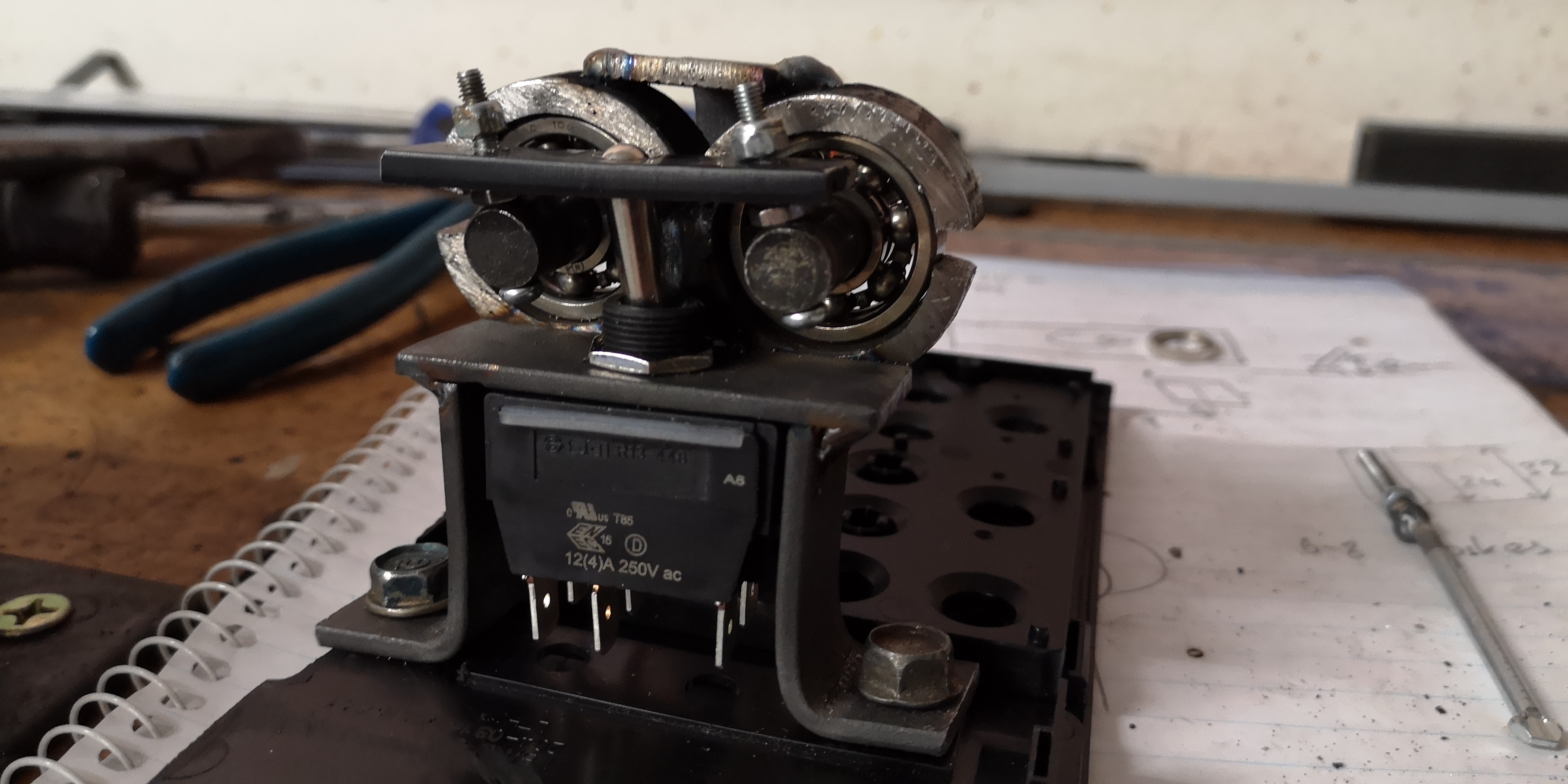 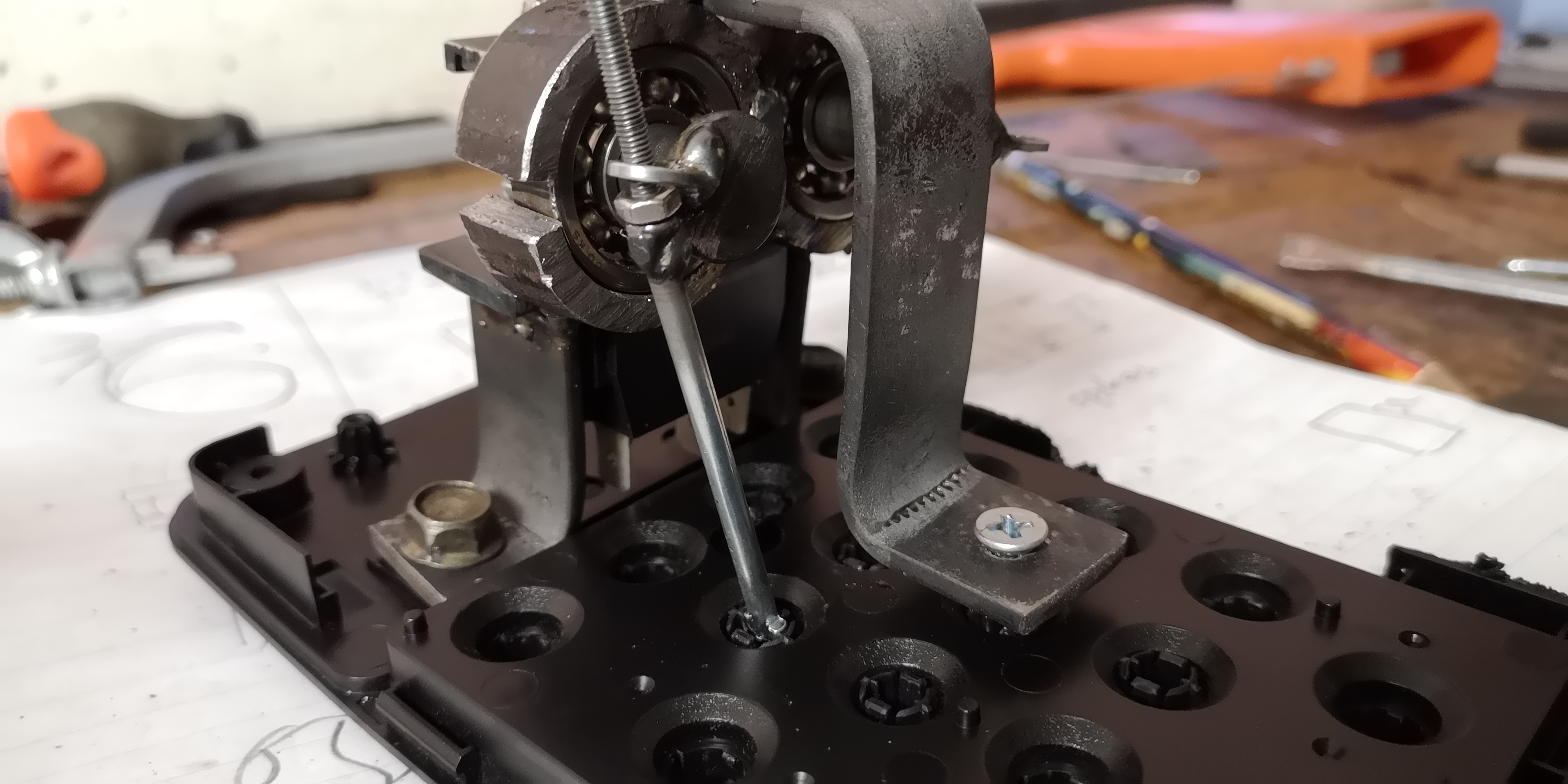 RPF PREMIUM MEMBER
Crazy mechanism. Relays can still sound quite chunky if you get them oversized. You could also look at using heavier keypad switches. Thanks to mechanical keyboard freaks you can get them in all sorts these days.

zapwizard said:
Crazy mechanism. Relays can still sound quite chunky if you get them oversized. You could also look at using heavier keypad switches. Thanks to mechanical keyboard freaks you can get them in all sorts these days.
Click to expand...

Haha yeah man the more I look at it the more im like.. wtf was I thinking. So I'm gonna look at what else I can do here, and will probably end up using relays, but will see if there is some kind of "clicking" setup I can do that doesnt mechanically link to the actual toggle switch.

The button is coming along. I found an old gauge which had the dial size pretty much spot on what I needed. Made a steel cone - its not perfect but pretty close. The idea is to mount the cone on the trigger, so the entire cone sinks in when the button is pressed. Will also need to lightly sandblast the inside of the glass so once I mount blue LEDs in there it'll be diffused. 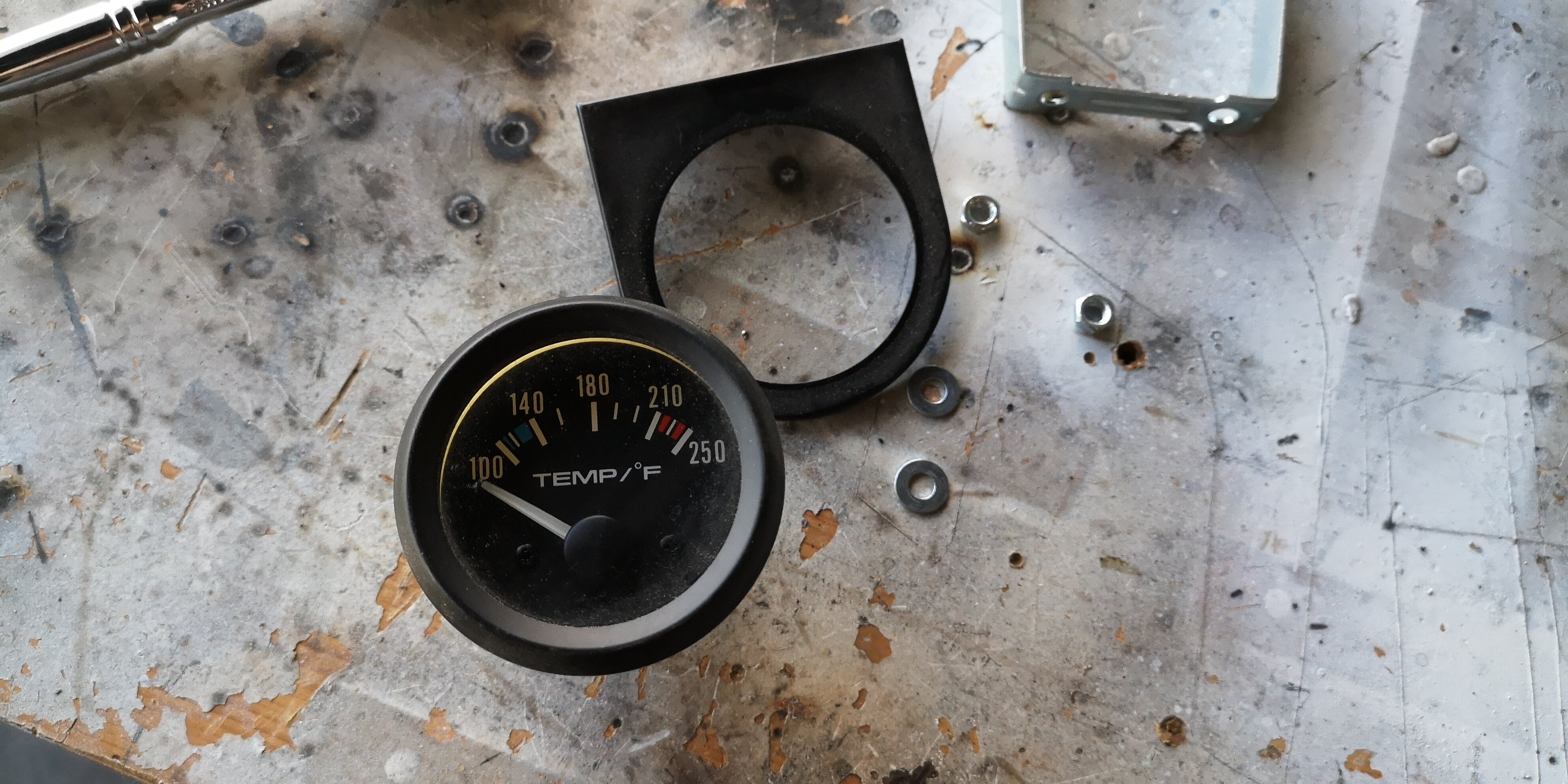 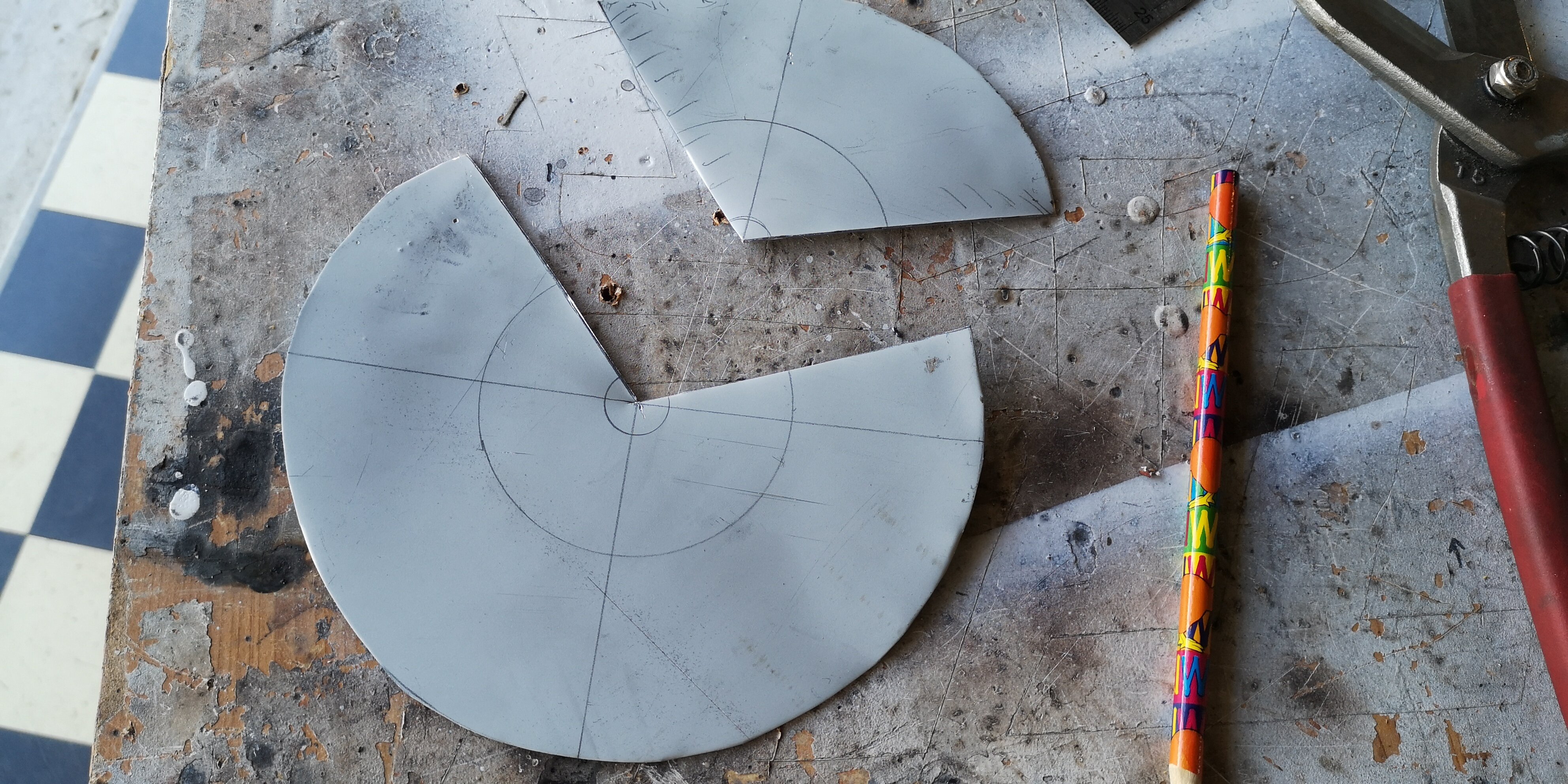 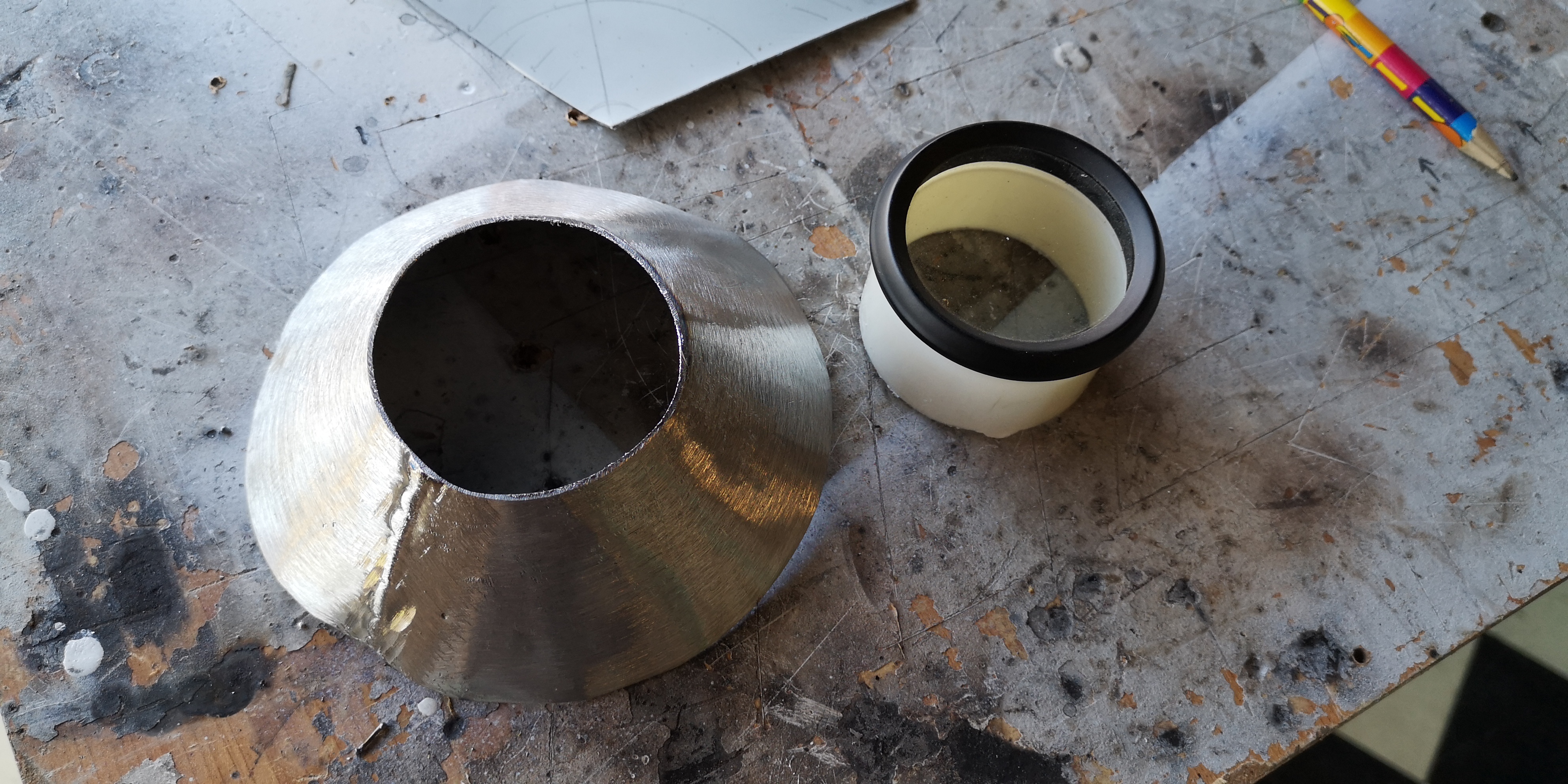 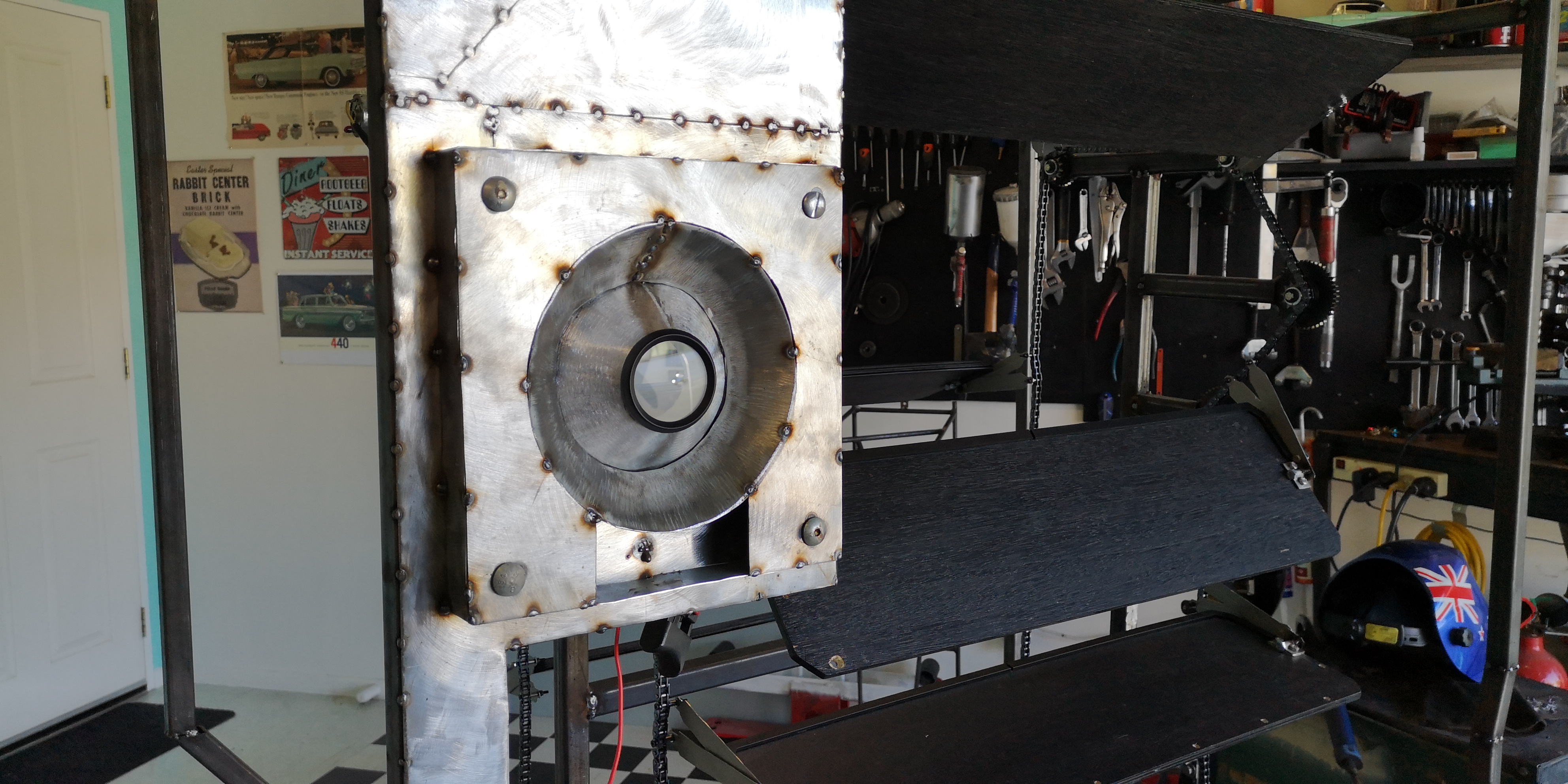 Got the button connected to the trigger, mounted everything up. Also connected the LEDs to illuminate inside of the gauge (the glass is now sandblasted so diffuses the light pretty well). I'm pretty happy with it so far. 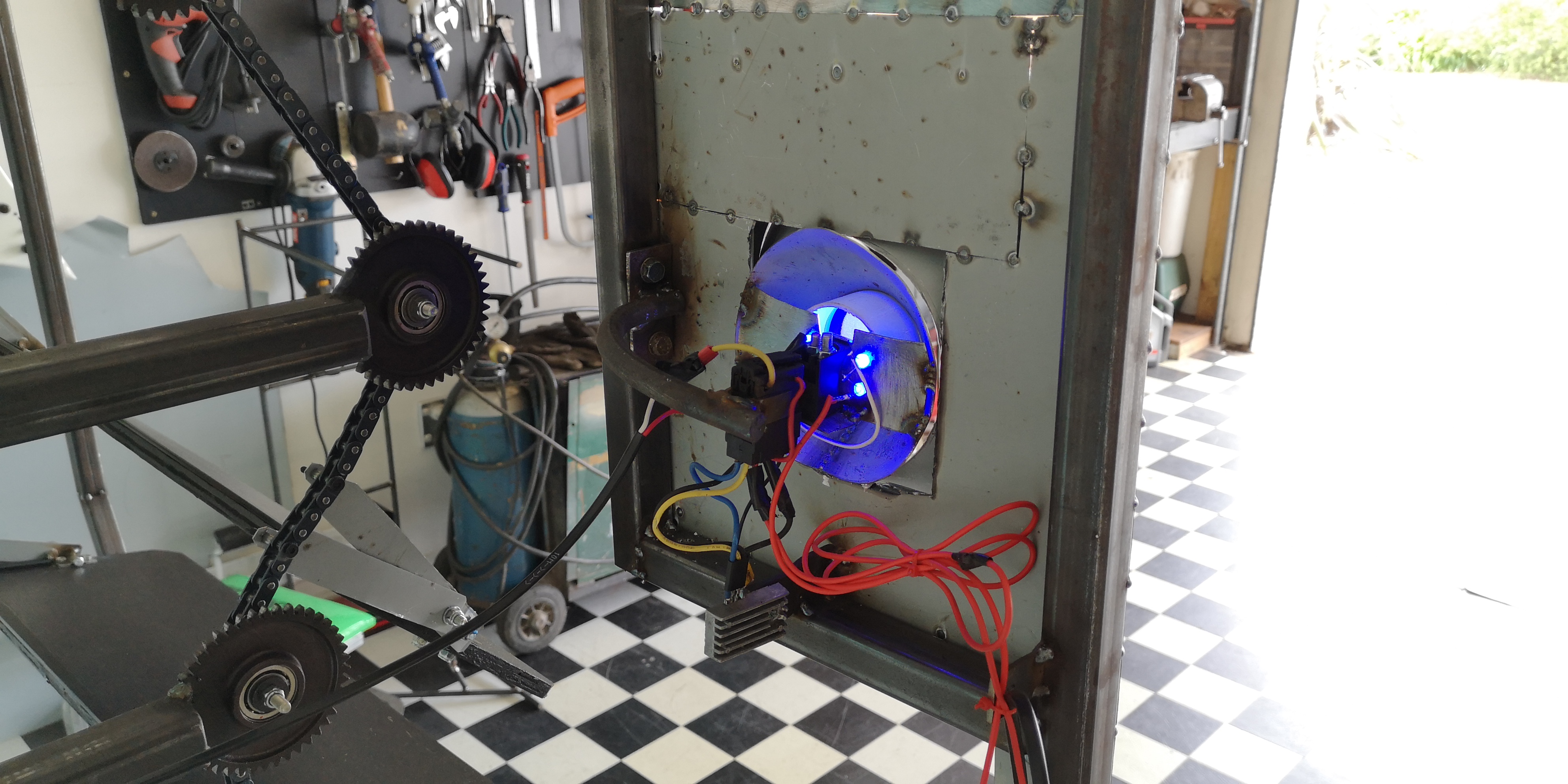 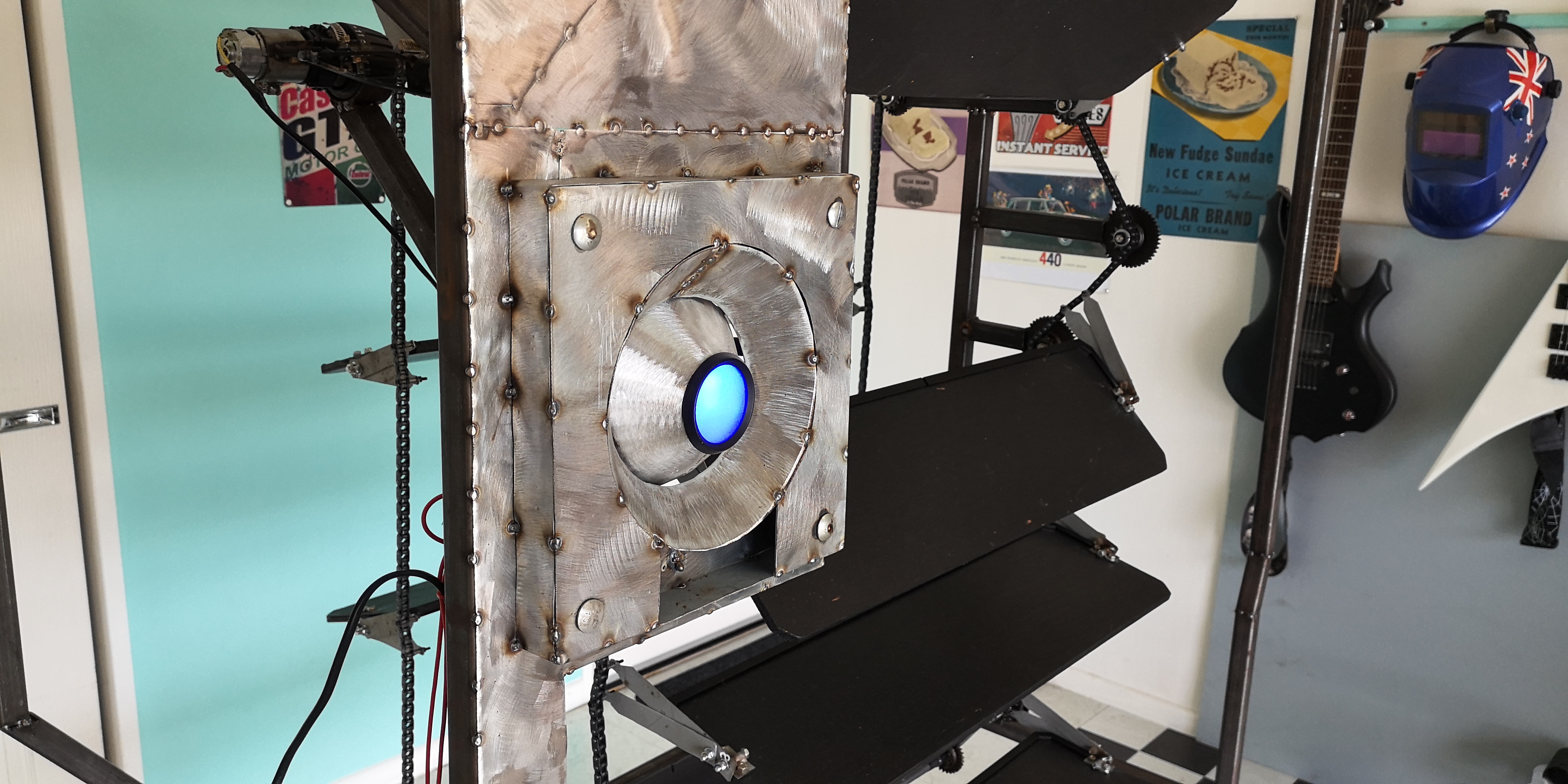 Did some work on the front panel today, going to do each section separately just to make sure I get the dimensions right. 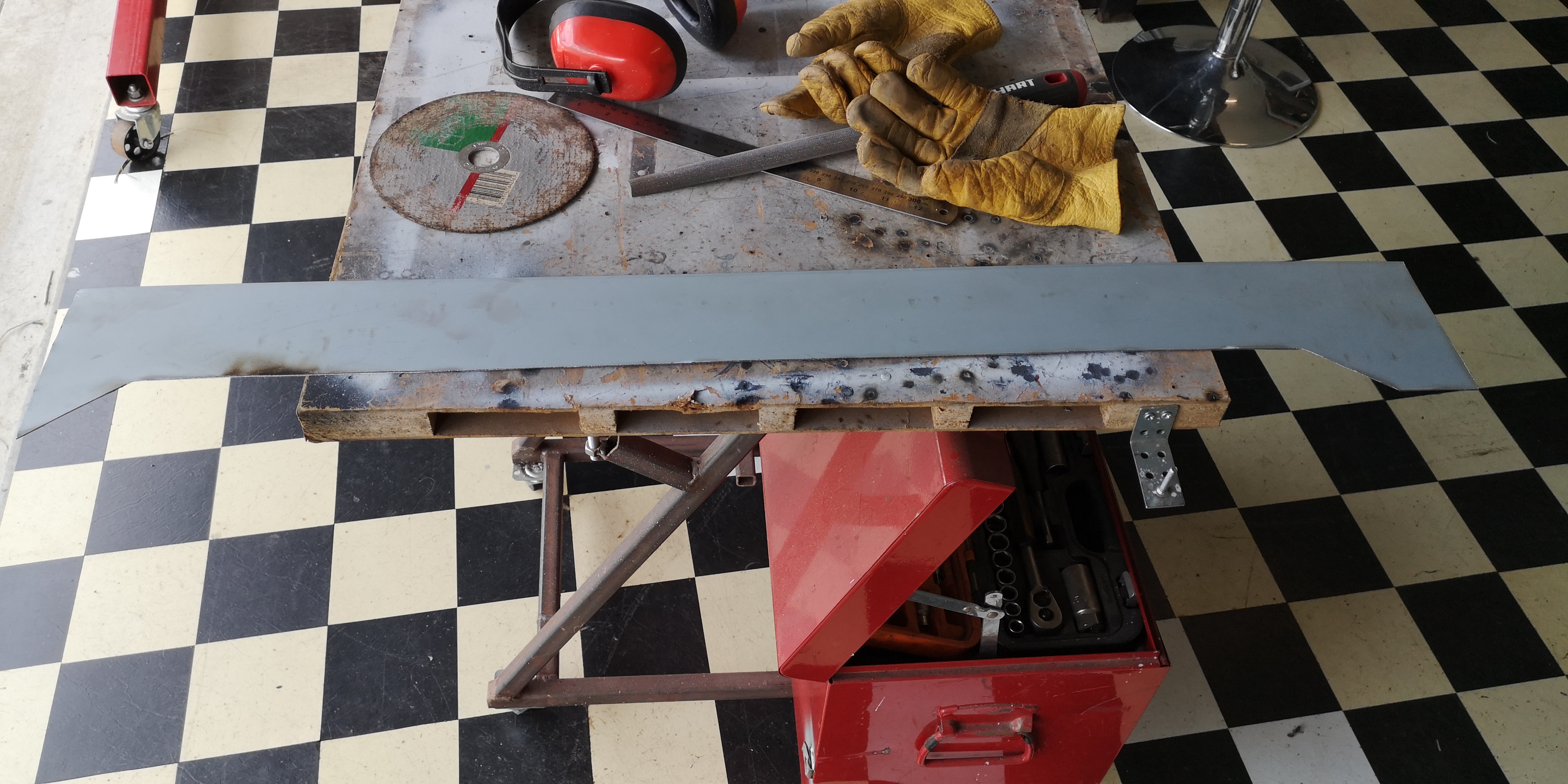 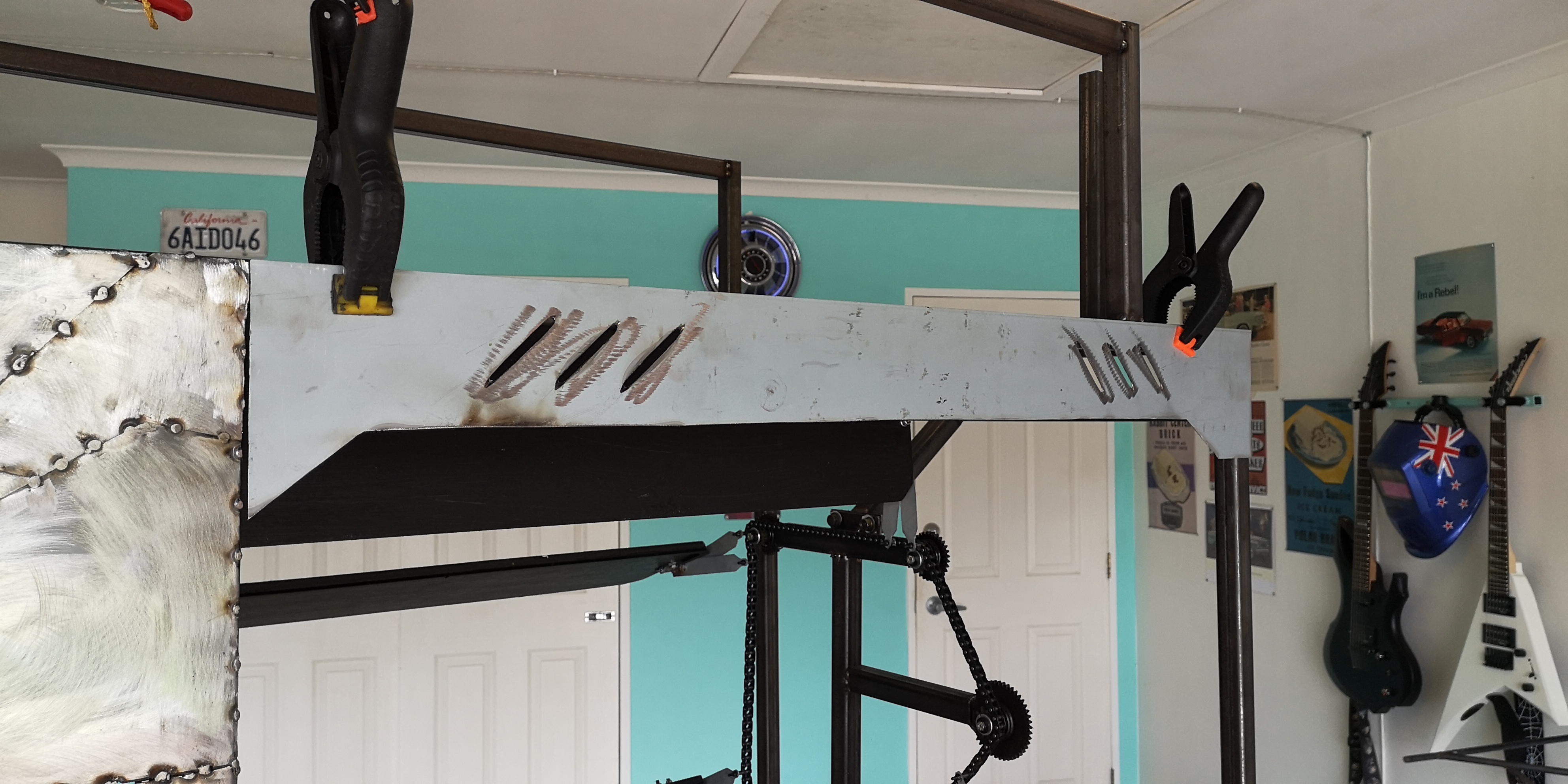 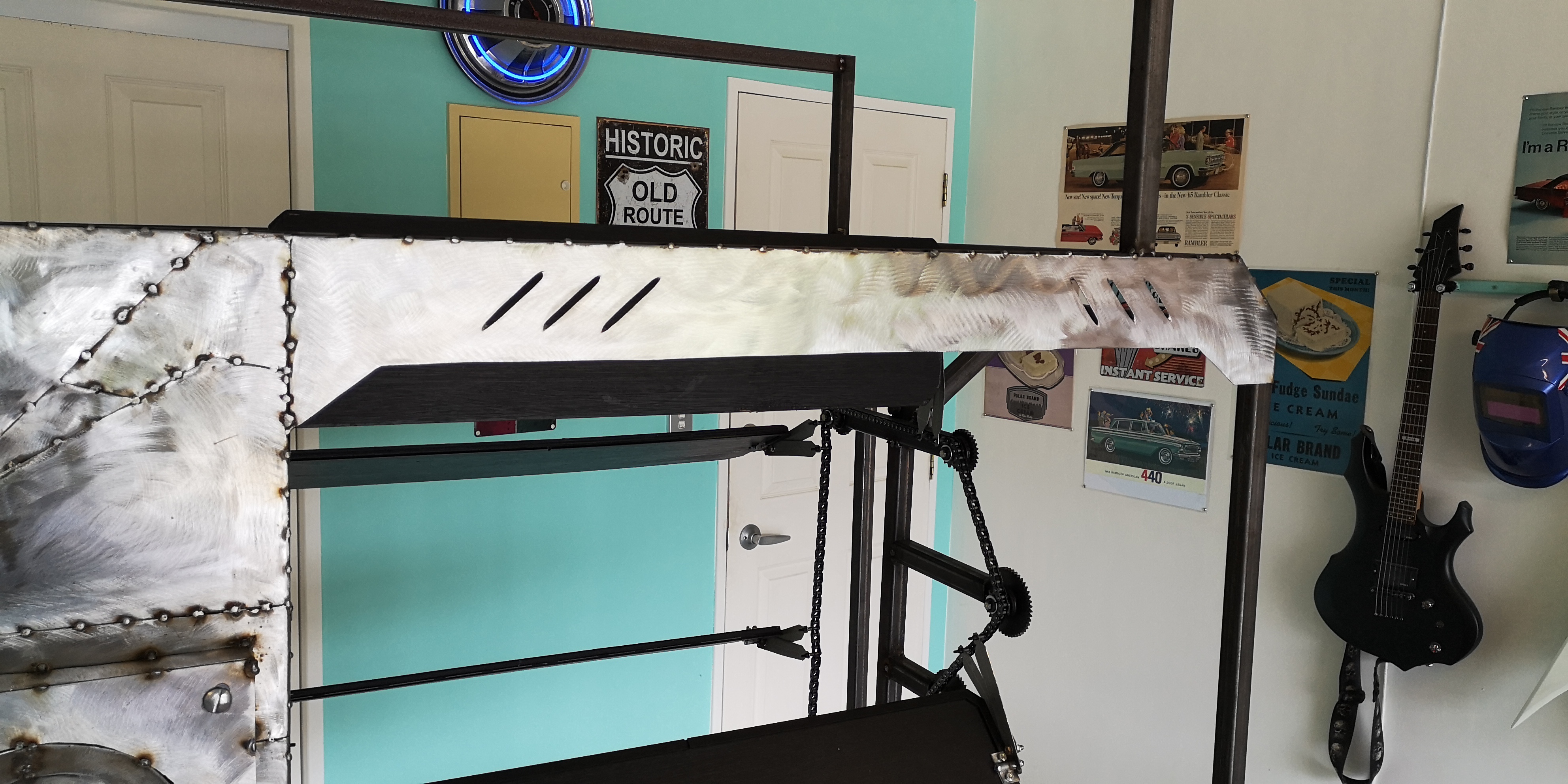 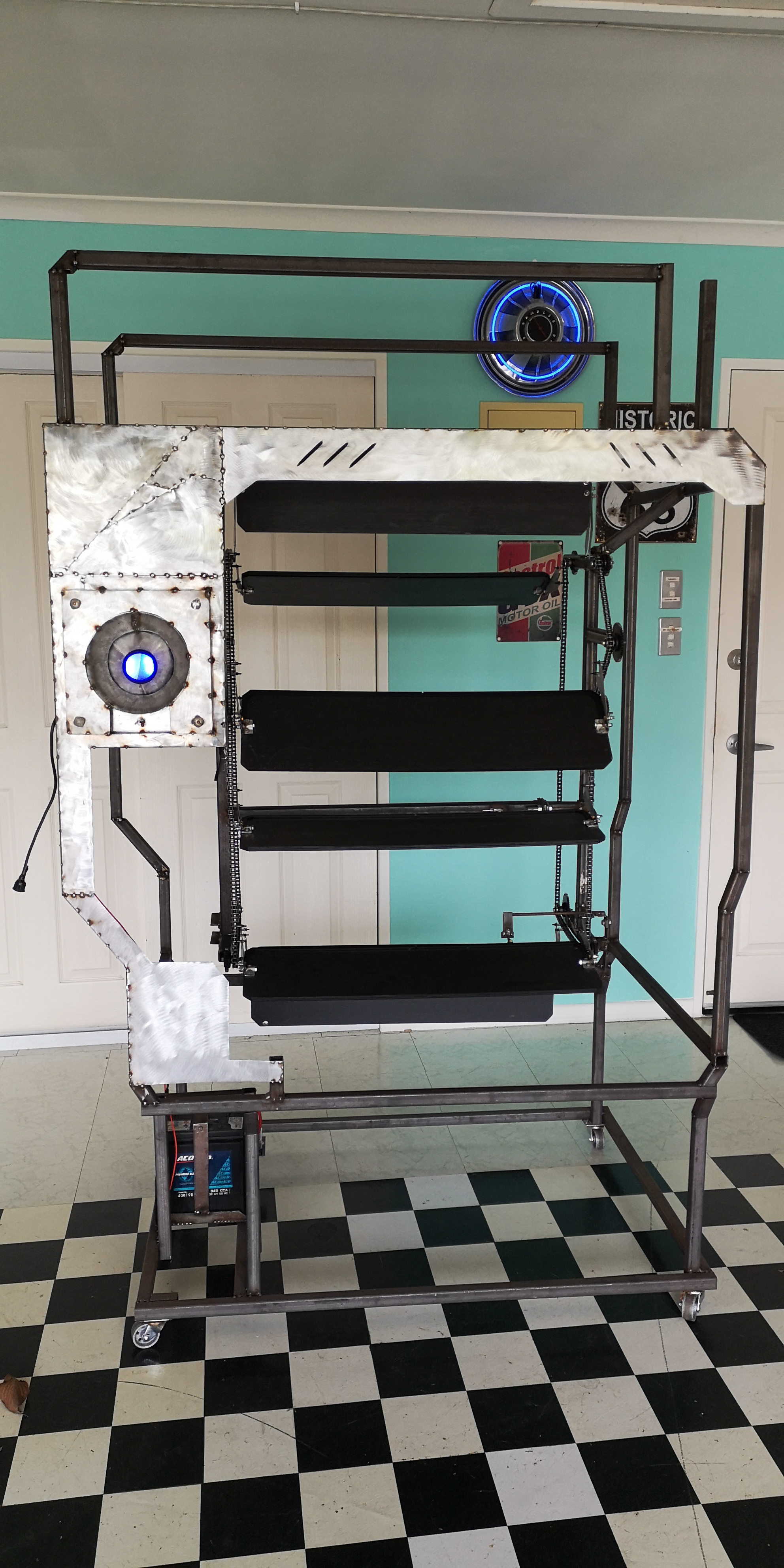 Did you make any progress with the switches? i was thinking you may want a rod from the button to the switch, then have a pivoting bar to flick the other side out/off. this would be a lot more simplified and maybe more reliable.

kruleworld said:
Did you make any progress with the switches? i was thinking you may want a rod from the button to the switch, then have a pivoting bar to flick the other side out/off. this would be a lot more simplified and maybe more reliable.
Click to expand...

Hey nah I put that aside for now, Im thinking of just going mechanical buttons and a DPDT relay, it'll be super reliable and will still have a mechanical click to it. Just the risk of this falling apart on me is not something I wanna take, keen to keep this as reliable as possible.

At some point when I started making the outer skin I made a couple of small adjustments sideways but didnt move the chain drive. It's been annoying me for a while now so I decided to finally move it across by a few mm to line it all up. Turns out there was a bit of a tension on the H frame so the driveshaft had to be readjusted as a result. But didnt take too long, no progress pics as there isn't much to see but I did try a timelapse this time.

This is so insane... One question that might have been answered and I missed it: how Do you plan to move that monster?

justmarc said:
This is so insane... One question that might have been answered and I missed it: how Do you plan to move that monster?
Click to expand...

Haha thanks man. TBH its not too bad at the moment. It's on castors so i move it around the garage pretty easily. Even once all the sheet metal is on I think it wont weigh more than 100kgs or so, so its not stupidly heavy. Even if we move house I think 2 people can manage to load it up on the back of a ute or a trailer.

Had a spare hour today so got the right hand panel sorted. Slowly taking shape. 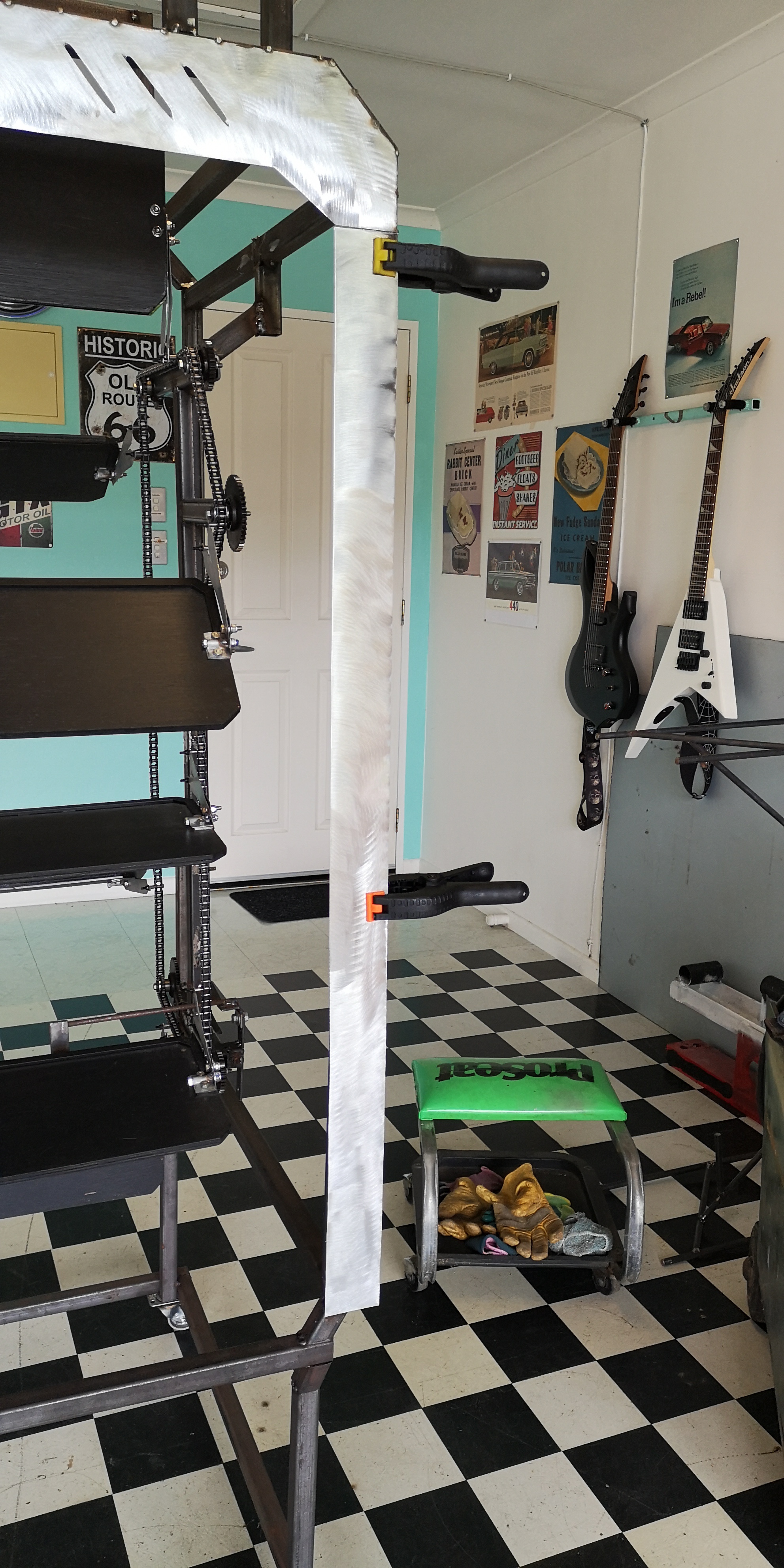 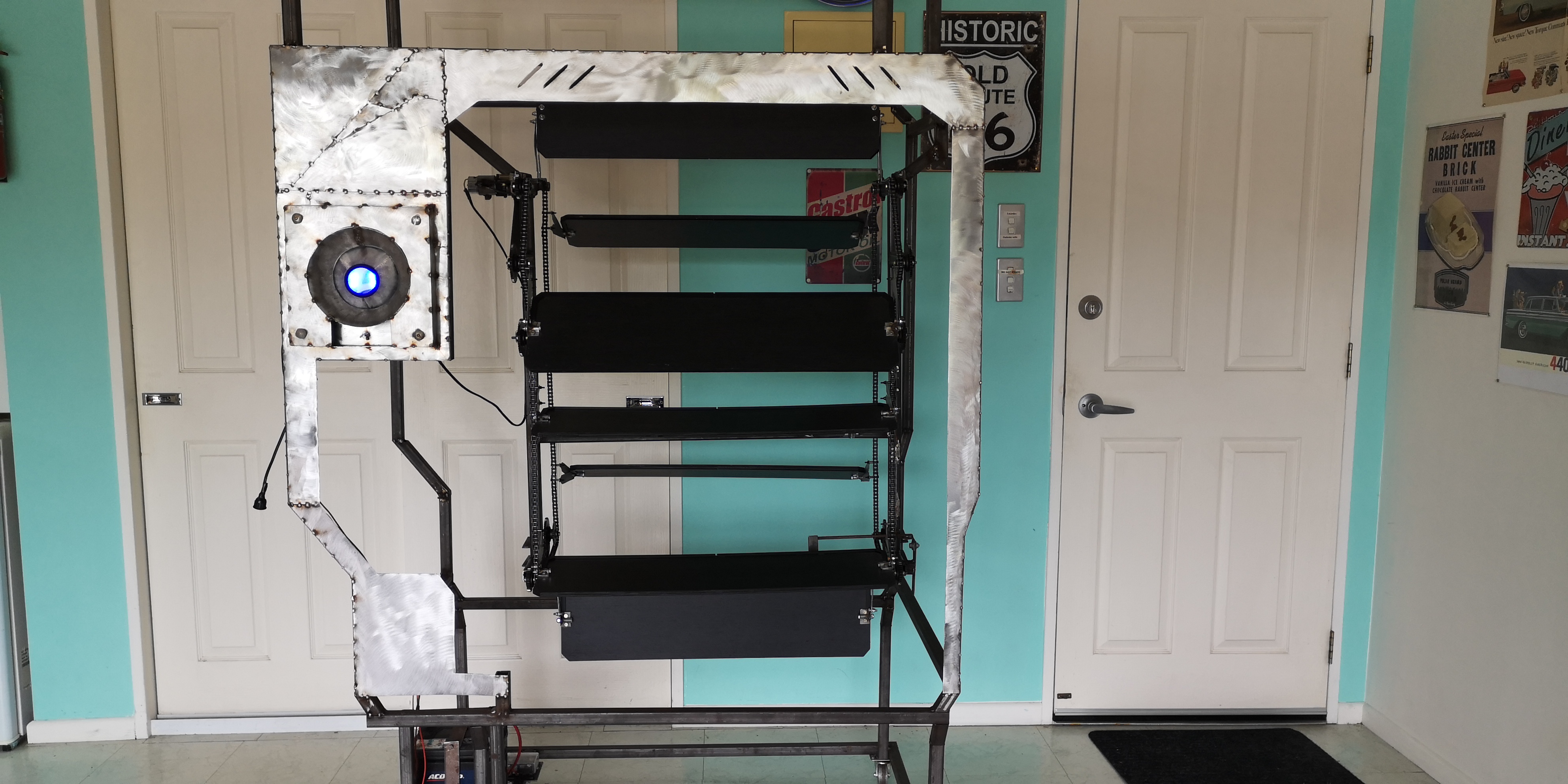 Are there any Tom Servo vendors left?
2 3