RPF PREMIUM MEMBER
Well....I knew I had to make some of these at one point or another. It was really just a matter of having the time. I finished exams last week and have been diving back into projects headfirst.

I started by sketching up a rough design of the prop in Mando's hand as well as other shots with the multiple fobs on the table in the cantina. I also made a rough prototype for size reference out of foamboard, Cardboard, some foam tape, and some headphone wire pictured below. I used reference from the show as well as from parts known to have been used to make the original props(train graphite motor brushes) Here 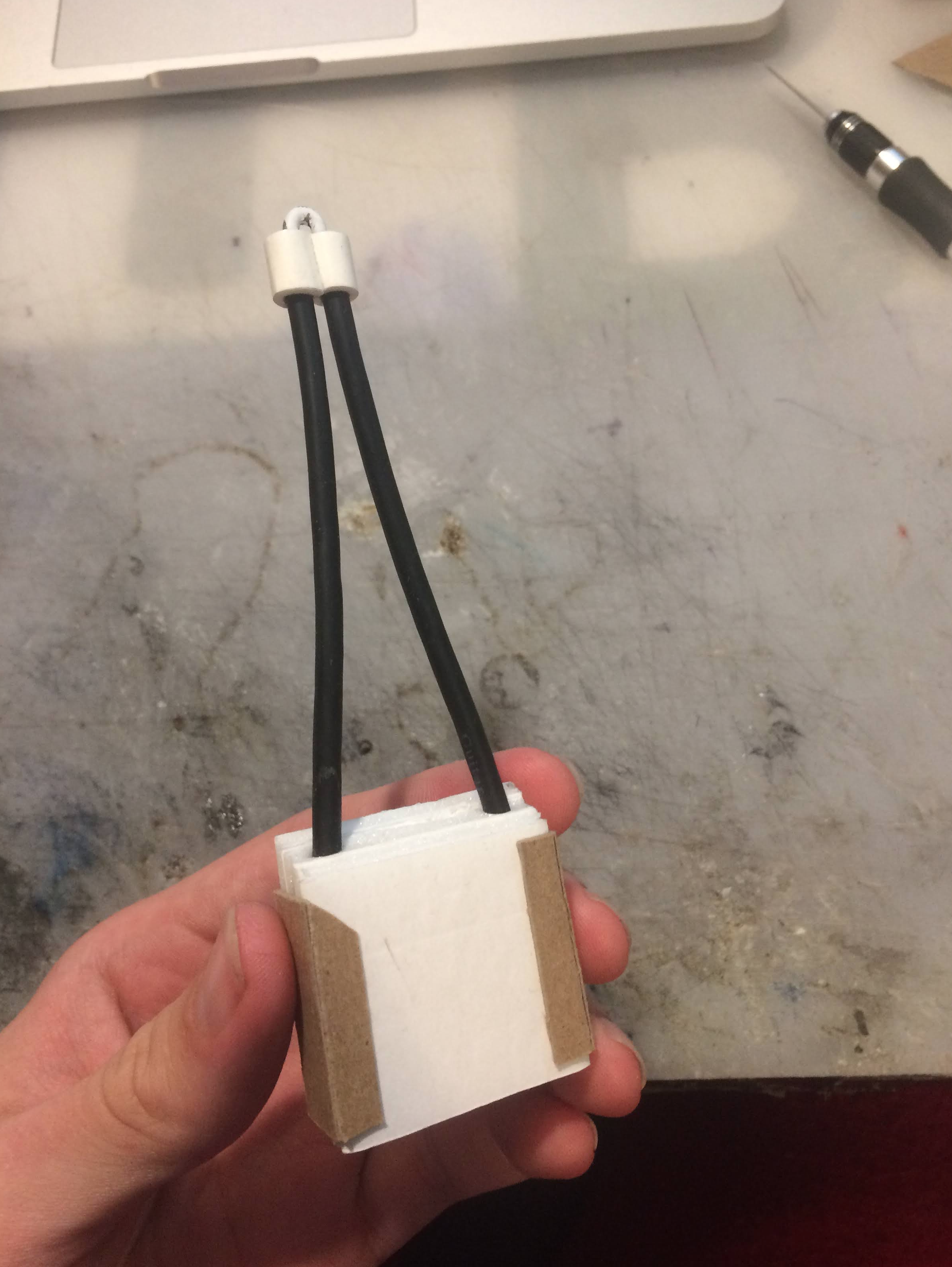 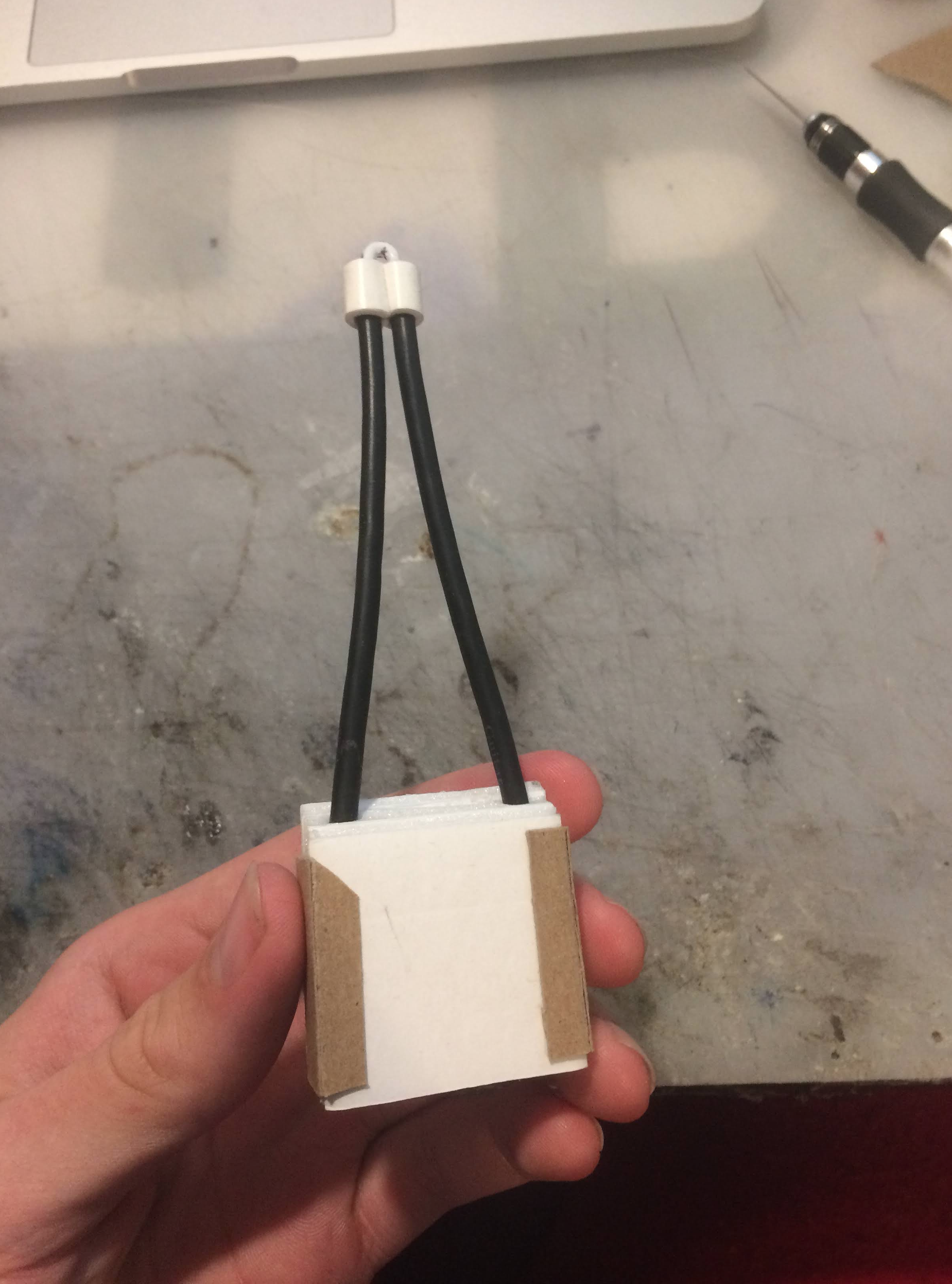 *I want to make this clear: This is not an exact replica of any particular prop from the show. As far as I've seen there are at least 3 main variants of the prop itself. This is a bit of a hodgepodge of all the variants that I've picked certain characteristics from.* It will still make a nice addition to a future Baby Yoda/The Child/ Grogu display. Also, I totally took this first picture from another thread here for the tracking fob Here 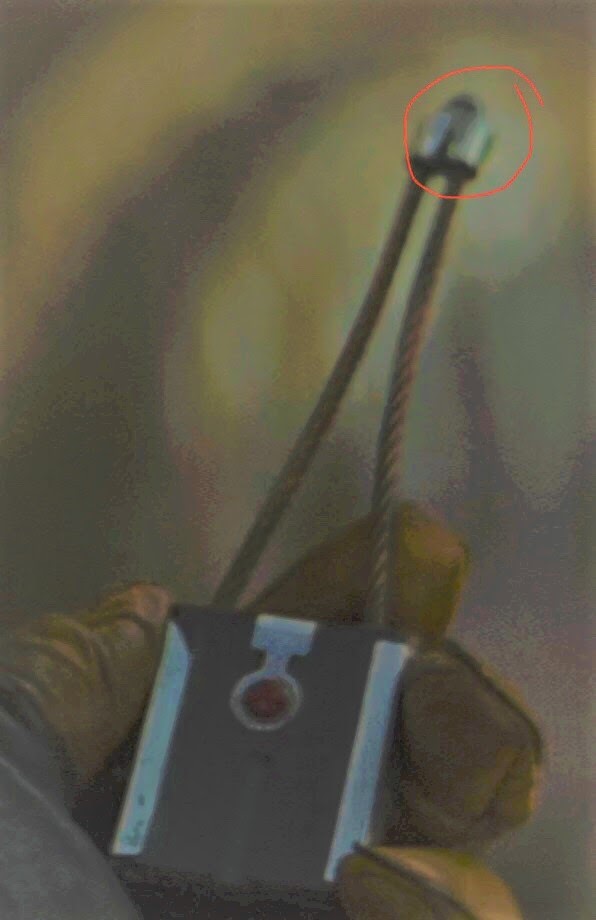 The height of the side rails on the front face as well as the Graflex beer tab looking part which surrounds the red light vary between the different versions.

What I planned do do is have a small Cast resin box with a hollow, open back which will allow for the electronics to be seated in the box. Then, on my version, a bend piece of steel sheet metal will 'clasp' around the main body as well as cover the hollow cavity with electronics.. The sections folded over on the front face will become the front rails.

Although I would have preferred to have modelled and 3-D printed the main body, I took it as a personal challenge to make it completely by hand without any machine assistance. I do plan to someday machine one out of aluminum to give it some realistic heft. Below is the final master I made with a washer I modified, a small piece of craft foam hand cut to shape, along with some small supports on the inside for the electronics and antenna later. 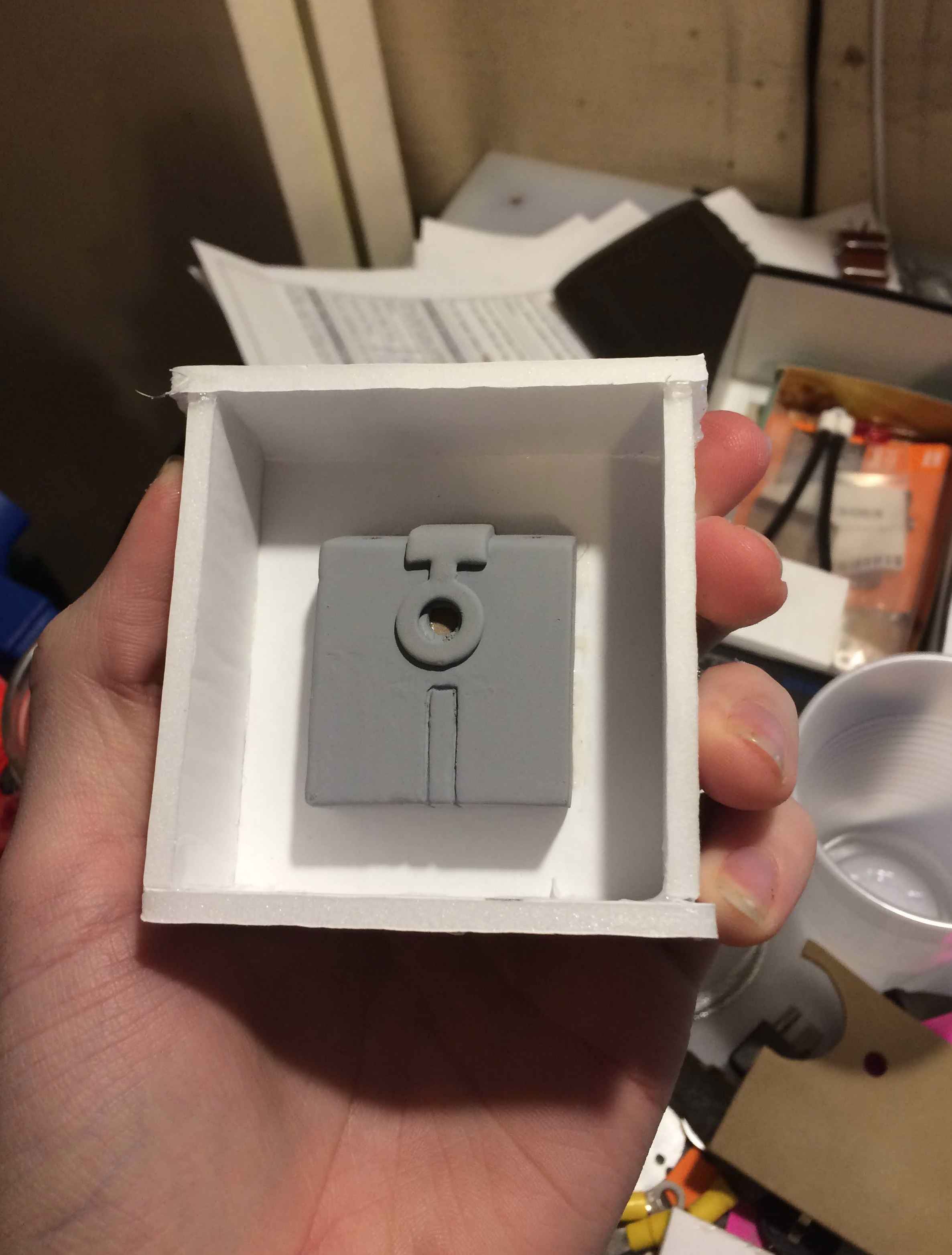 in the bottom right you can just see some of the various parts I was attempting to use as opposed to modifying everything. Don't mind the slight clutter..I had just finished my exams XD.

RPF PREMIUM MEMBER
After finishing up the master and prepping it for molding..it was..time for molding!! I hadn't made a two part mold in a white so this was something nice to get back to. I wish I had taken more pictures of the process but I wasn't sure if I would cover this on a thread. The mold was poured in two halves in Mold Star 30. Although it takes 6 hours to cure, it gives a good amount of quality castings. 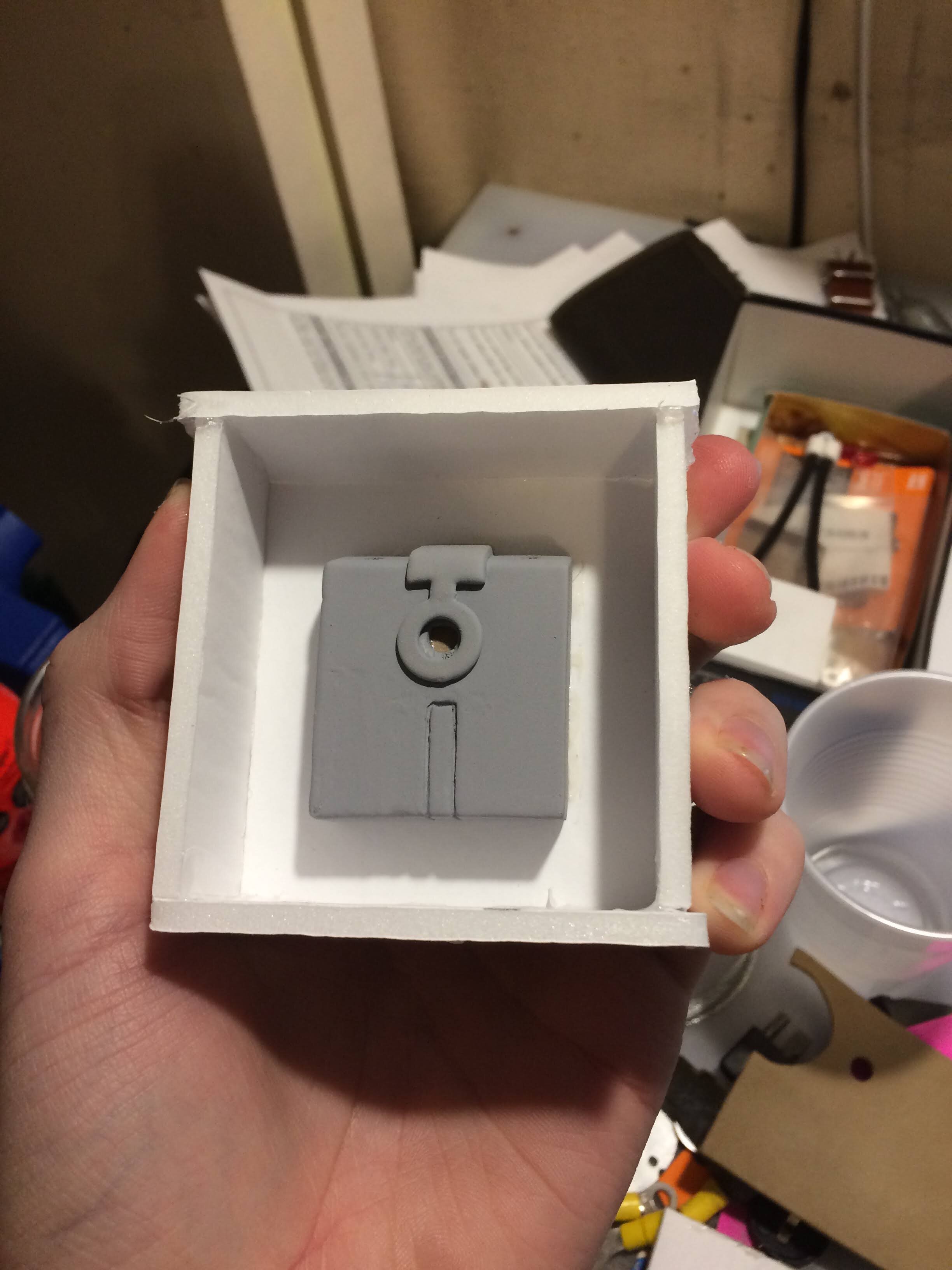 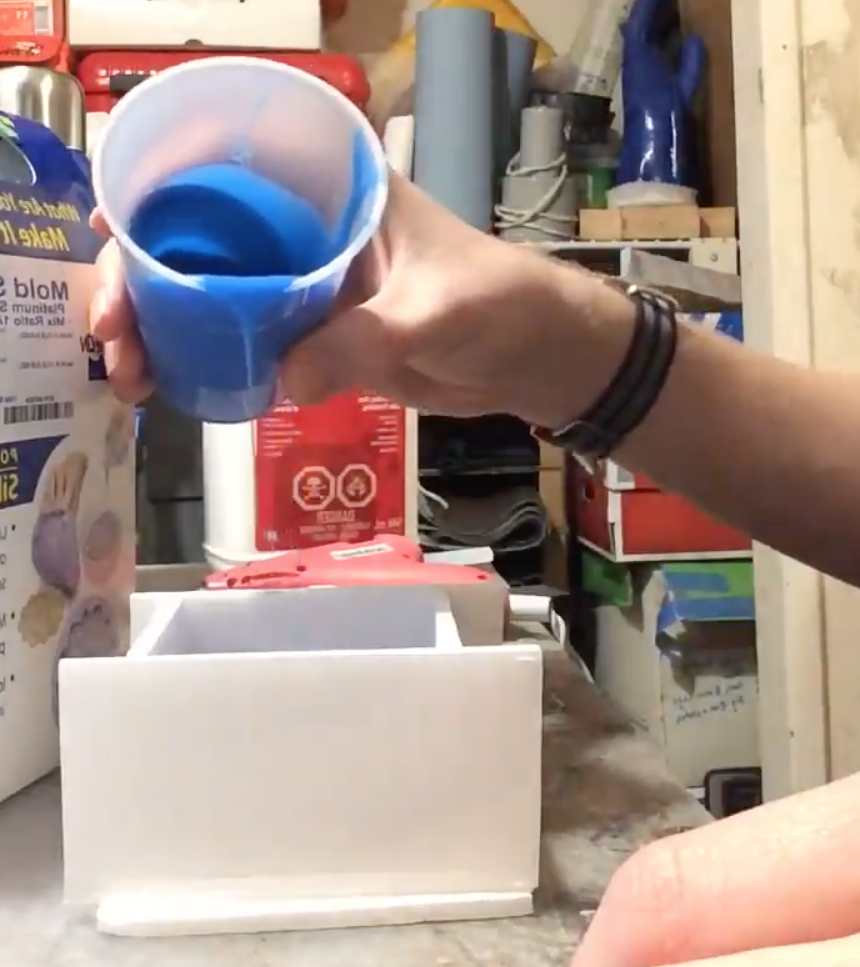 Registration was added around the part prior to pouring the first half. I did it using small pieces of glue sticks. 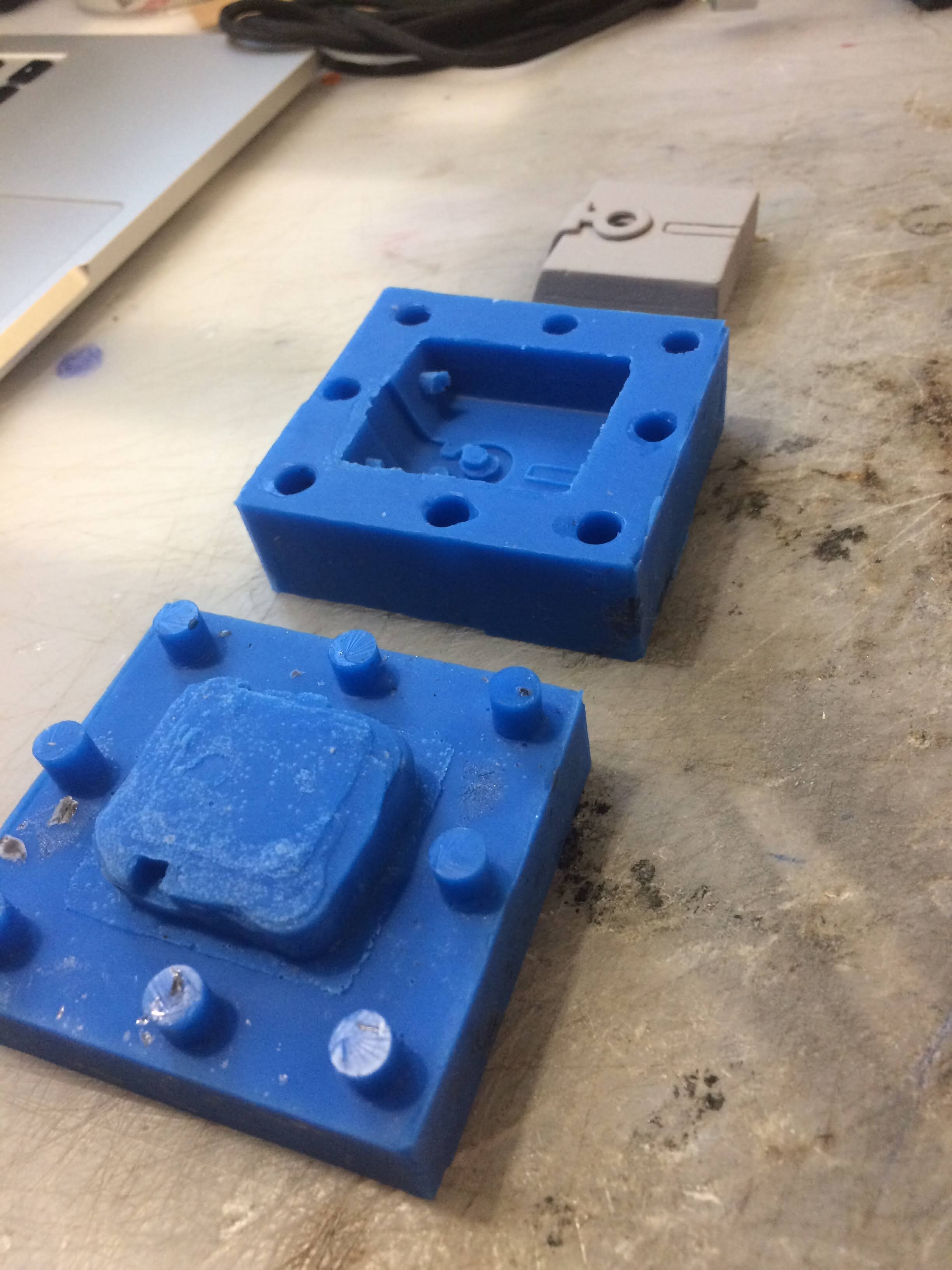 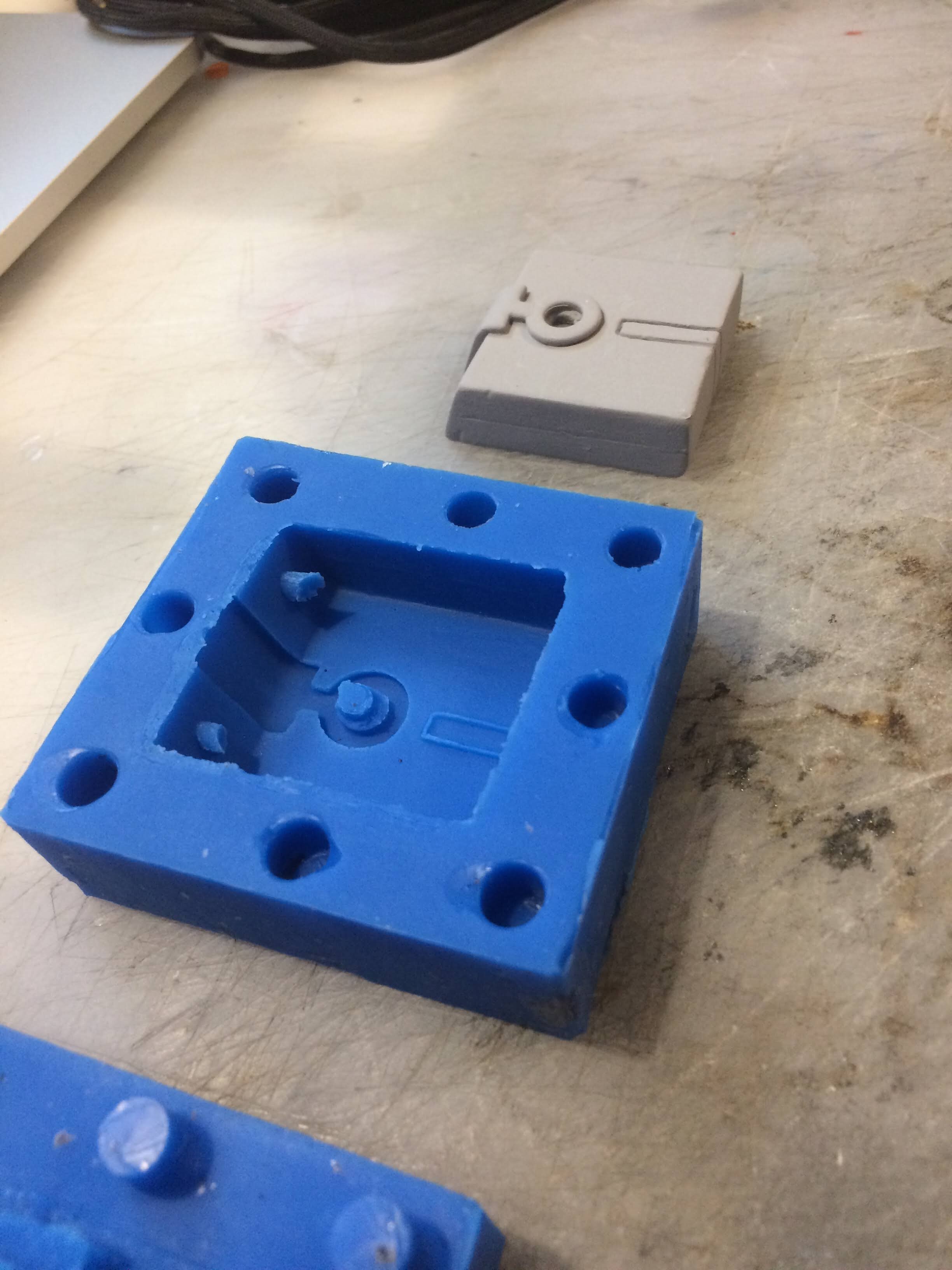 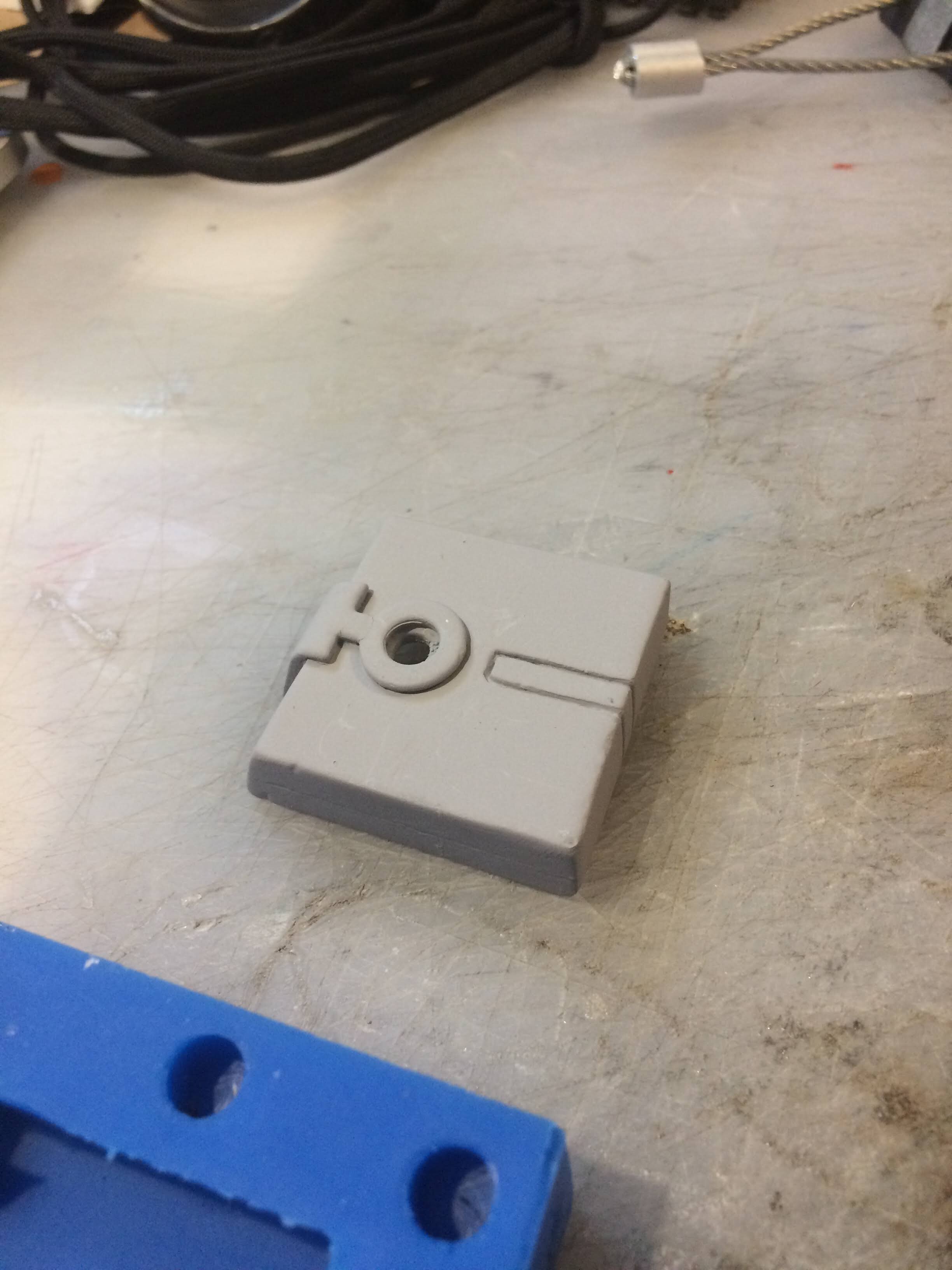 aaaand a quick test cast to start off the mold. Looking back I should've included a pouring spout when making the mould. Casting isn't too difficult due to the large cavity space in the part but it can make a mess with the material flashing seeping out when liquid. The cast has a small air bubble but other than that came out well. 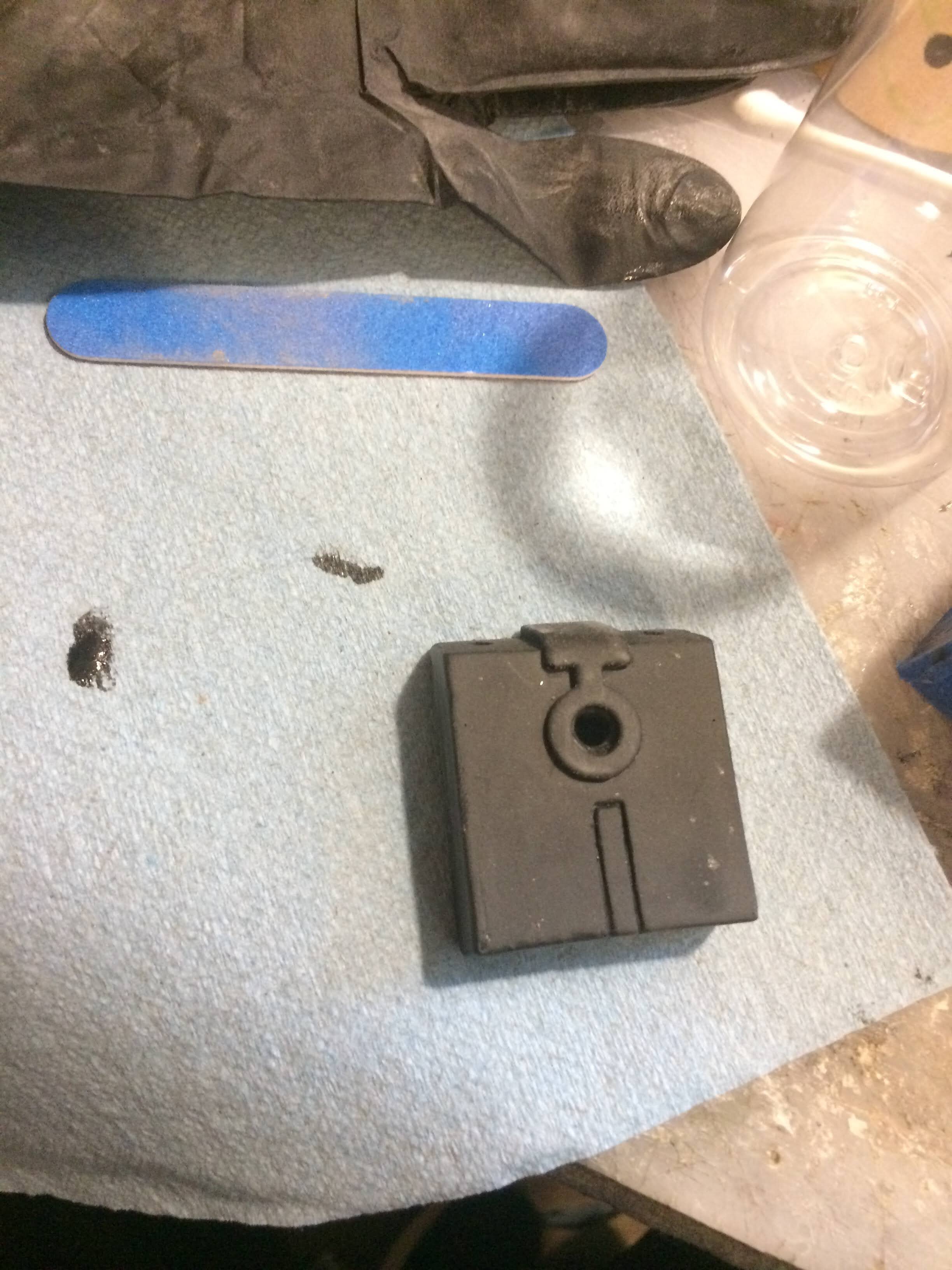 A quick clean up, some silver from a paint pen, and a test antenna made with braided cable and an aluminum crimp give you the following: 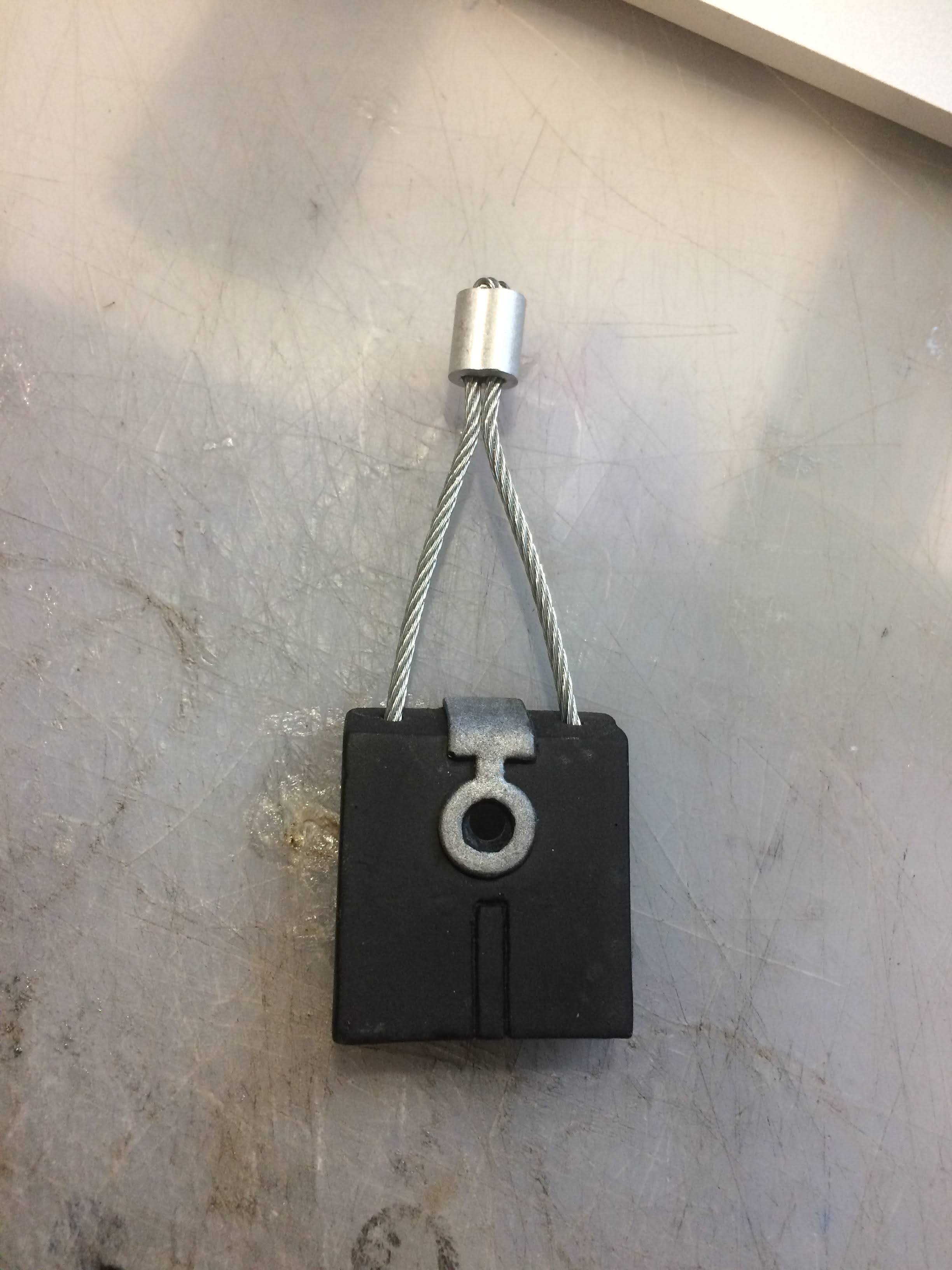 Still some more to come!

RPF PREMIUM MEMBER
After that first test casting, being as excited as I was, I quickly did a rough setup of the electronics. The system is as simple as I could think of while being able to turn on and off with a switch. I was thinking about specific parts from the start that would be able to fit into the hollow cavity. The system is comprised of:
-A variating red 5mm LED. (blinks on its own when power is applied)
-2016 battery with a holder. (for convenience in changing the battery out)
-Small board switch (switches current on and off to power light and has a very low profile) 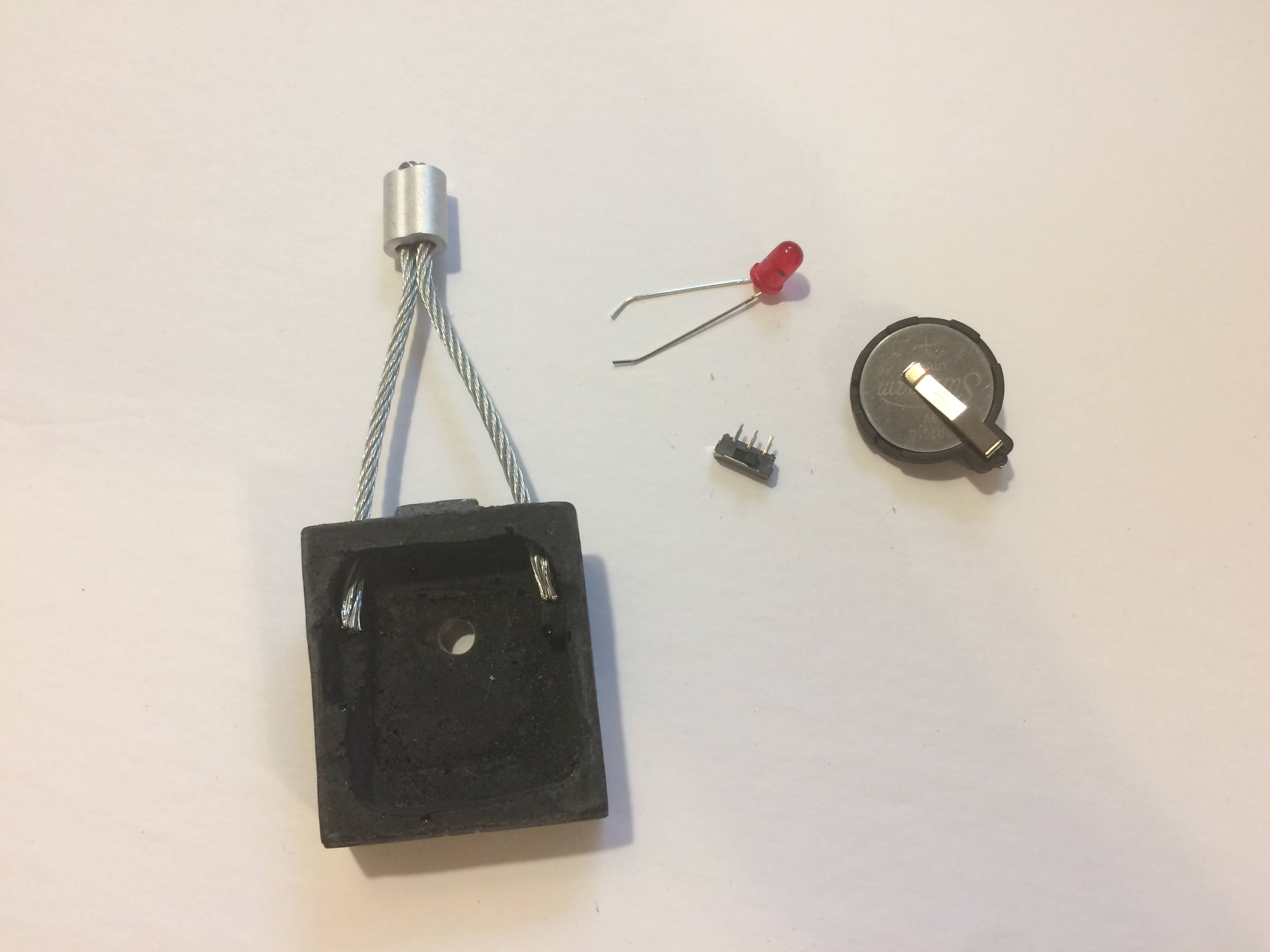 This is also a good picture to show you the cavity. It was carefully carved out with a rotary sanding bit in the master. The two raised sections are to support the braided cable antenna and give a surface to glue it to. One of the raised sections is also a fitted space for the switch to be glued when finally assembling the Tracking Fob. 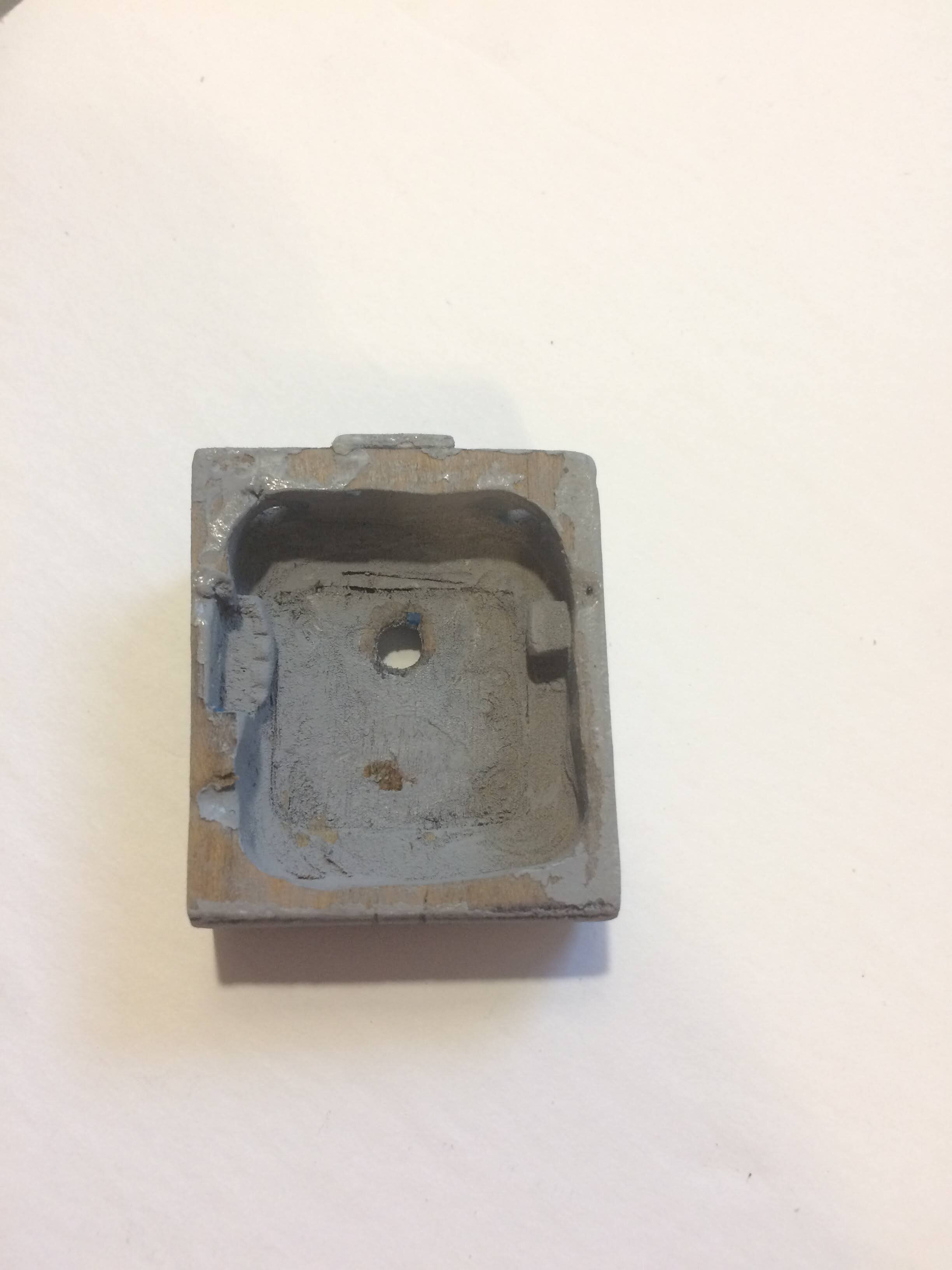 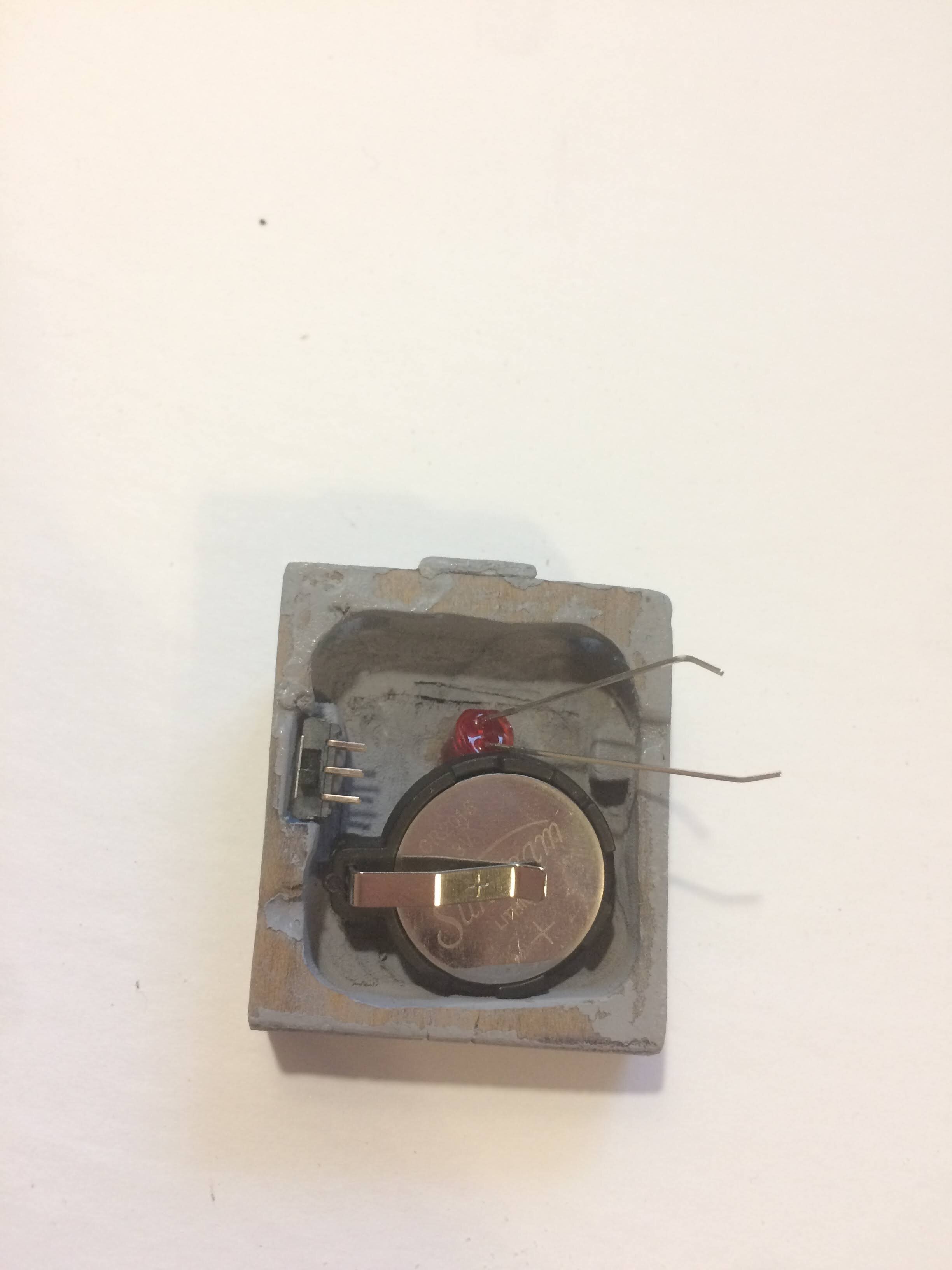 The following clip is why I like making props.
All jokes aside, I was genuinely excited when I wired up the light )


Still a bit more to come,

The Rescuer--Luke's saber from Mandolorian Show off
2