Hello... here is my interpretation of Revell's 1/72 Razor Crest.
It starts with the interiors. The wall lamps, originally blocks of plastic, were drilled and carved as rectangle holes, then covered with thin white styrene. Internally, three SMD PicoLED were placed in every lamp (lots of work, considered the cramped space between lamp and hull...). In the background, warm white SMD and 3mm LEDs were placed on the ceiling for ambient light. Fiber optics lights also the buttons on the walls. 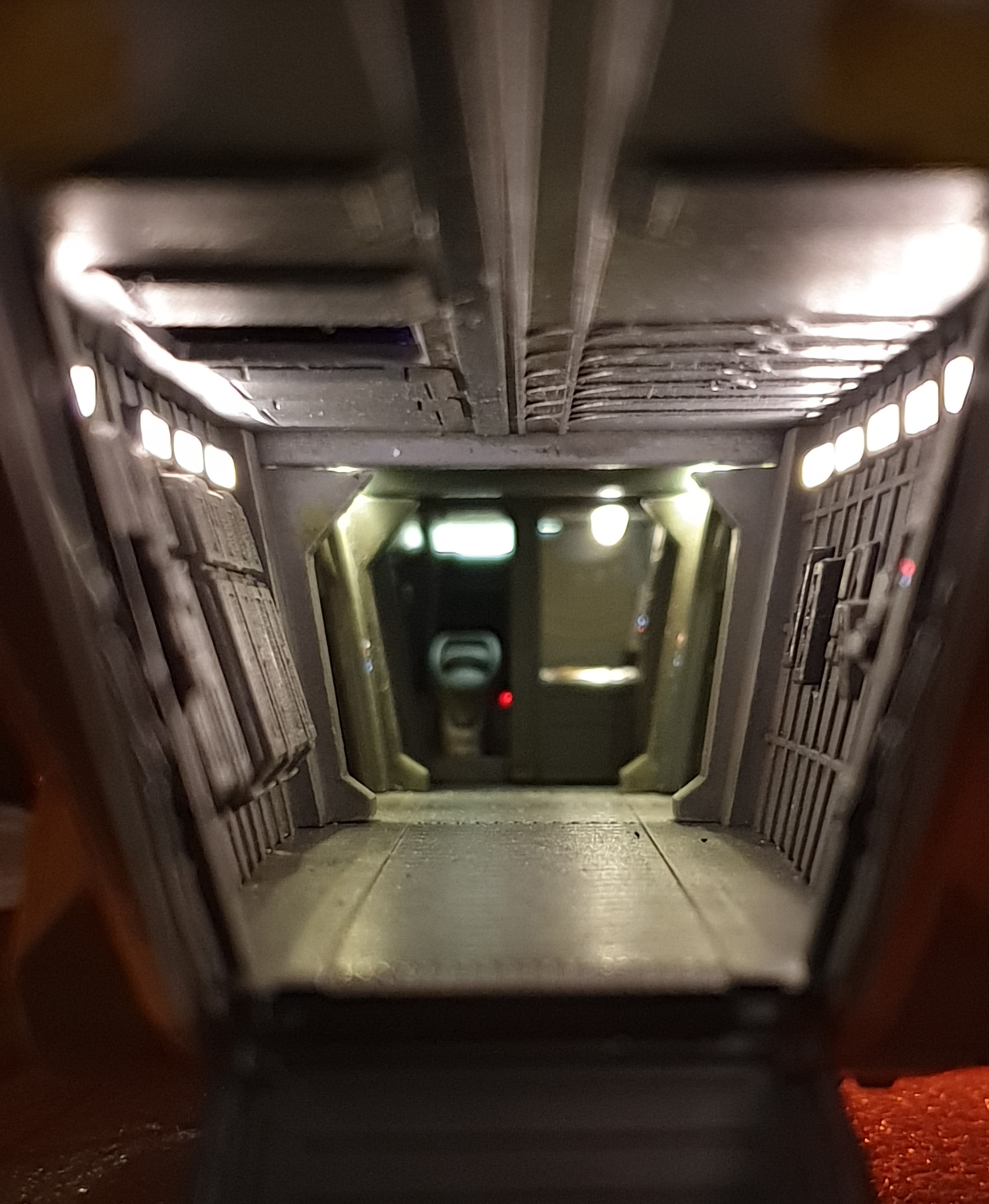 After inserting the interiors into the fuselage, it's up to the cockpit. The buttons are illuminated with fiber optics, the screens are small rectangles of thin white plasticard with decals and illuminated from behind. The three yellow lights on the rear wall are three 3mm warm white LEDs with decals applied to the lens to simulate the small frame of the lamps. Over the ceiling a small SMD PicoLED give a bit of ambient light in such a dark place... 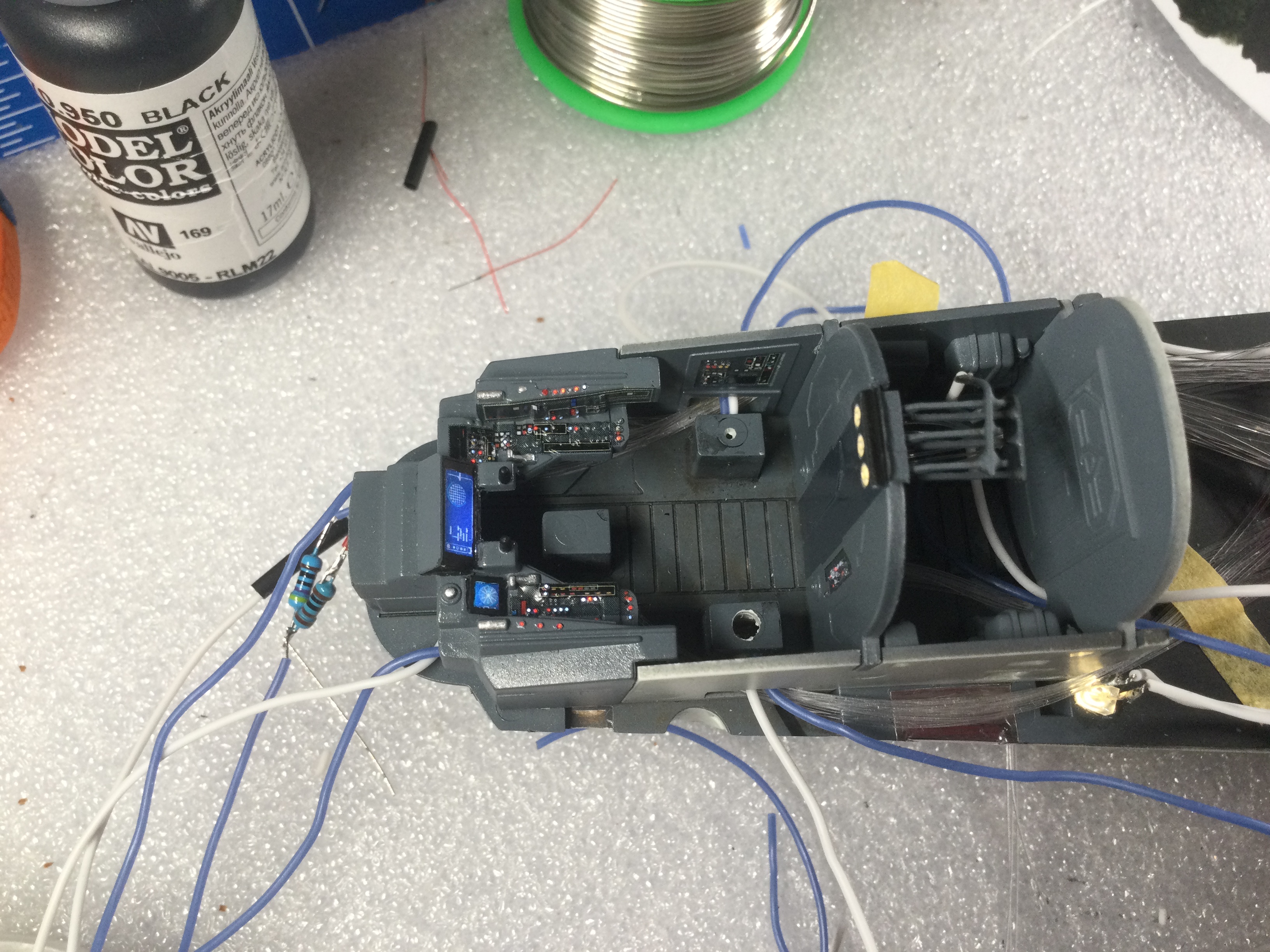 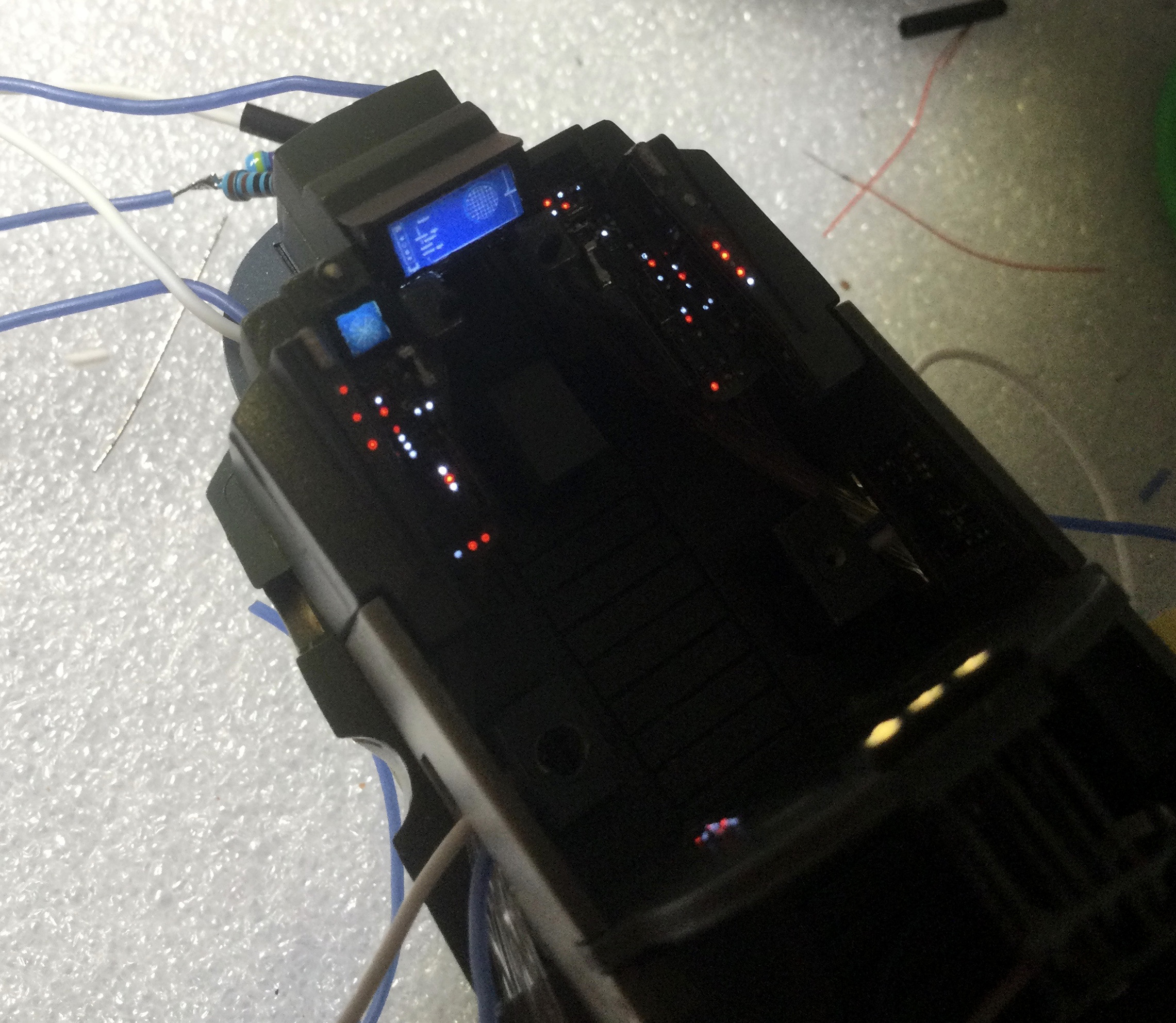 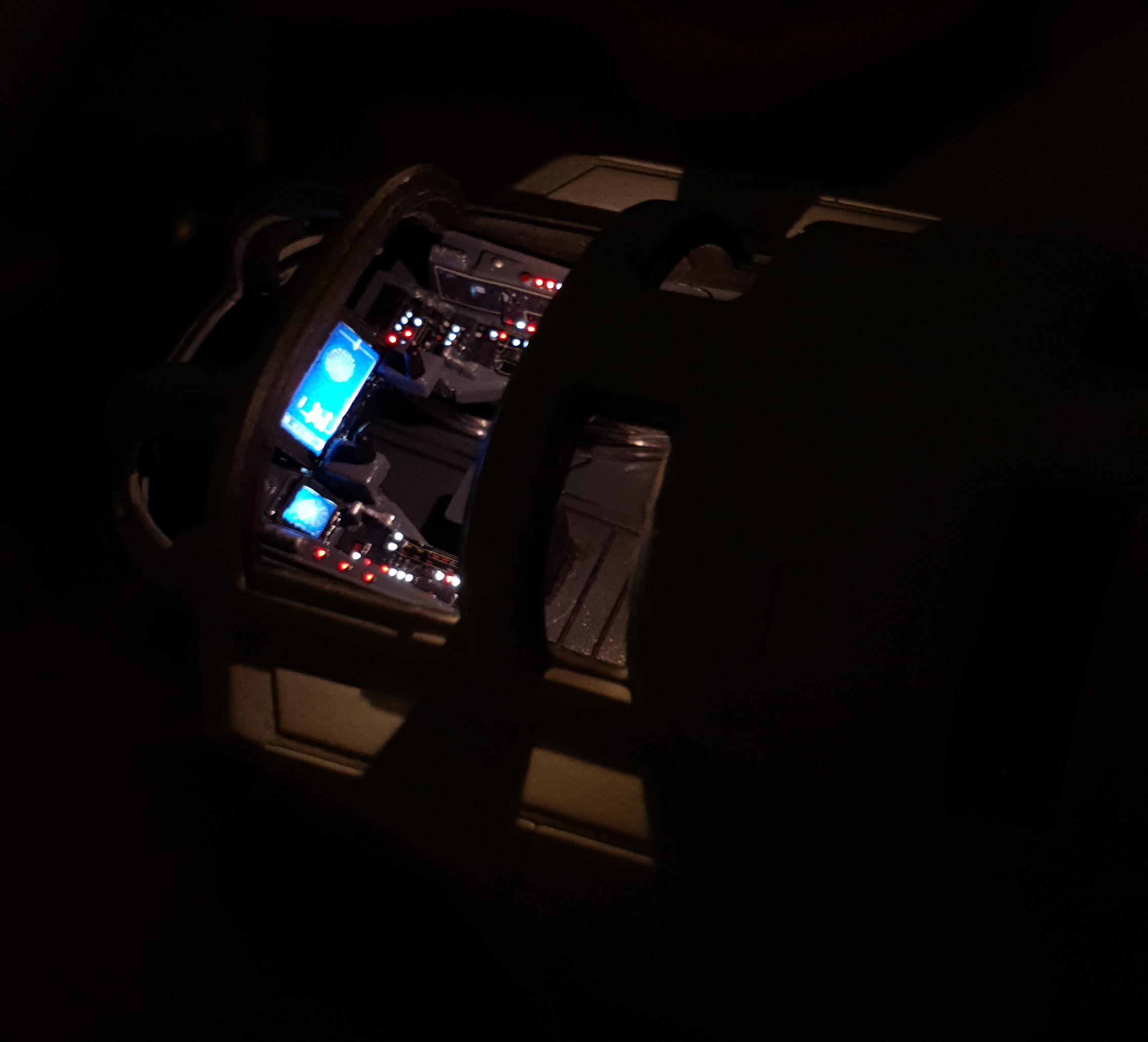 Next, Mando itself... The figure in the box it's not that great, and most of all the Child is missing ... So I bought both characters, 3D printed, on Shapeways: 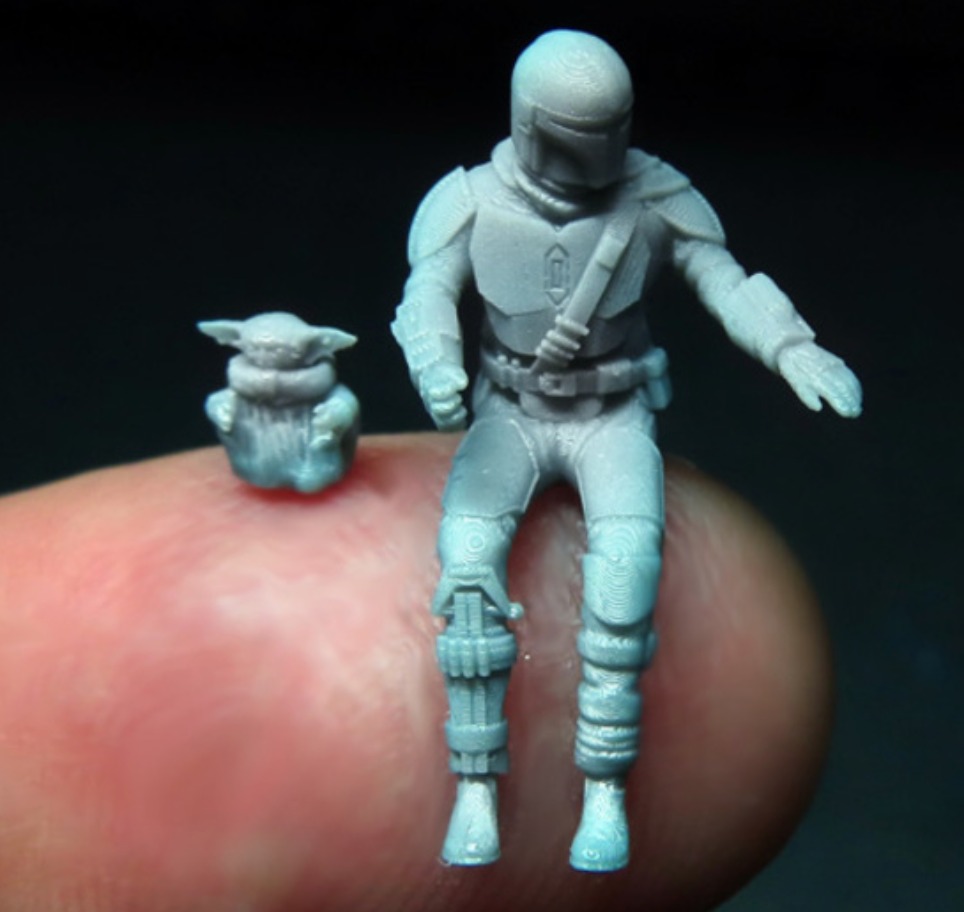 A lot better! After a bit of painting... 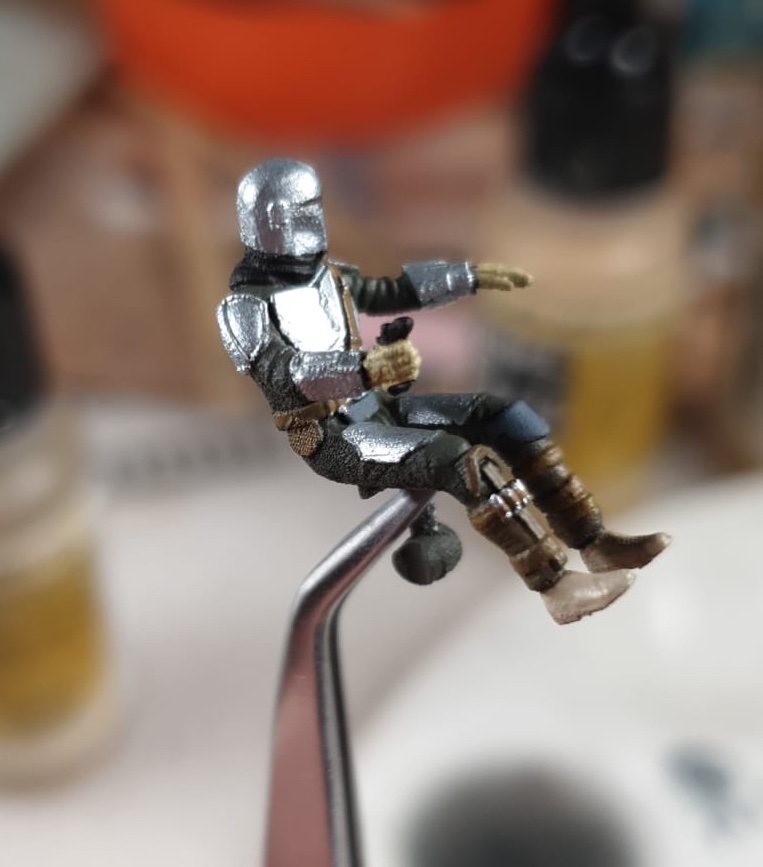 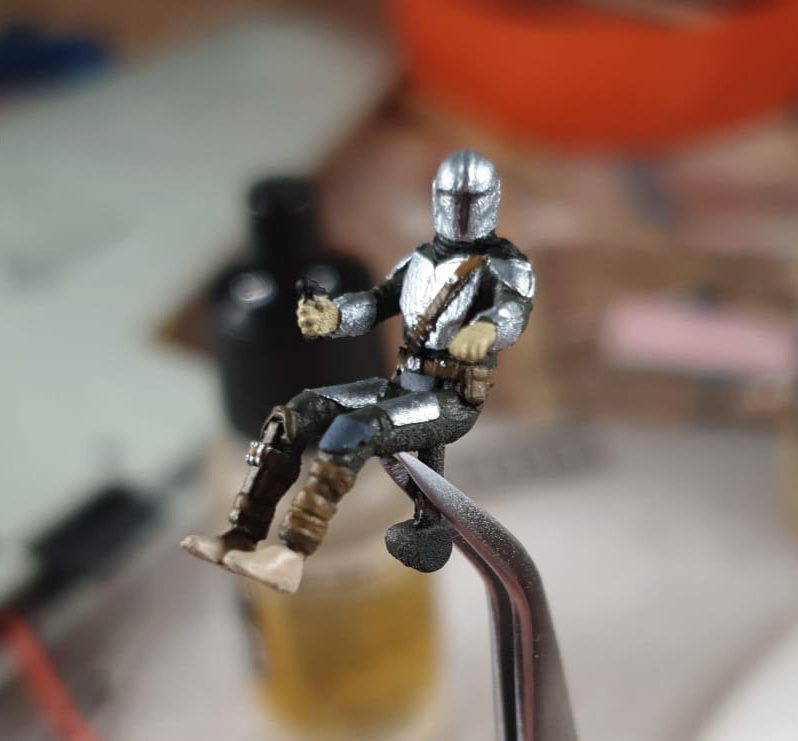 ...the boys are ready to embark: 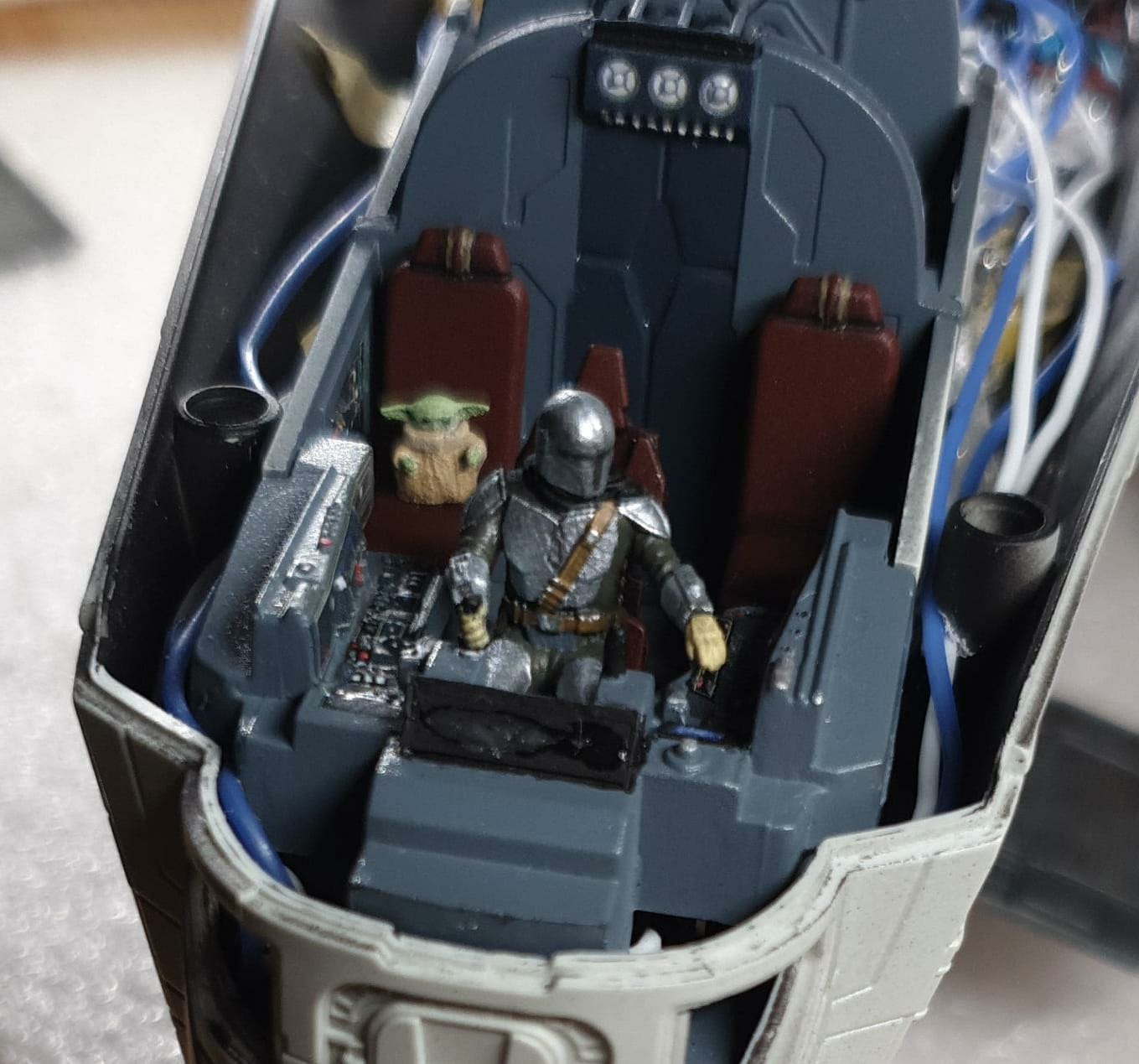 The electronics that drive the lights of the model, placed on the roof of the ship's hold. The thin blue/red wires power the interior wall lamps, the others goes to the fiber optics and the various LED: 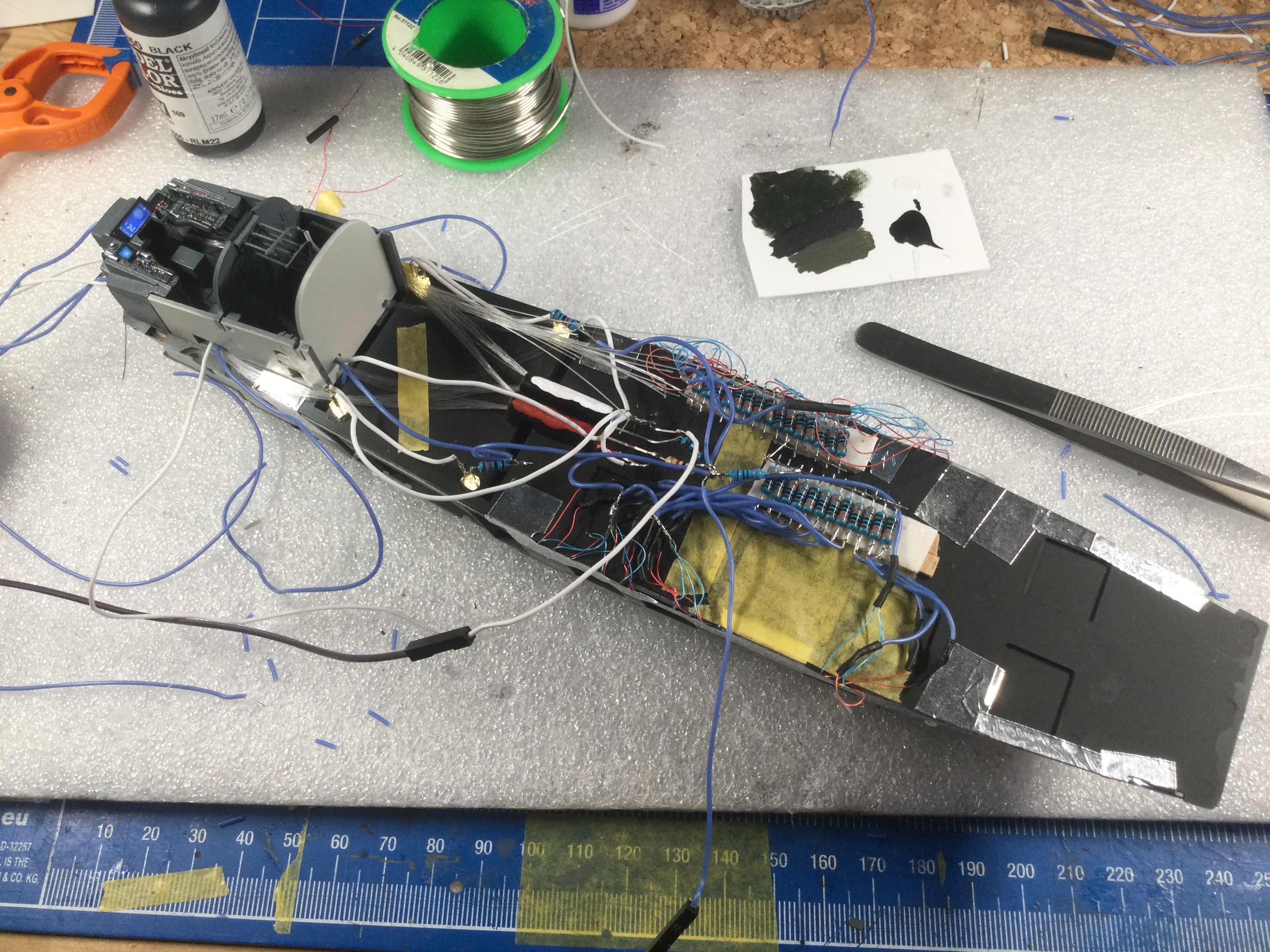 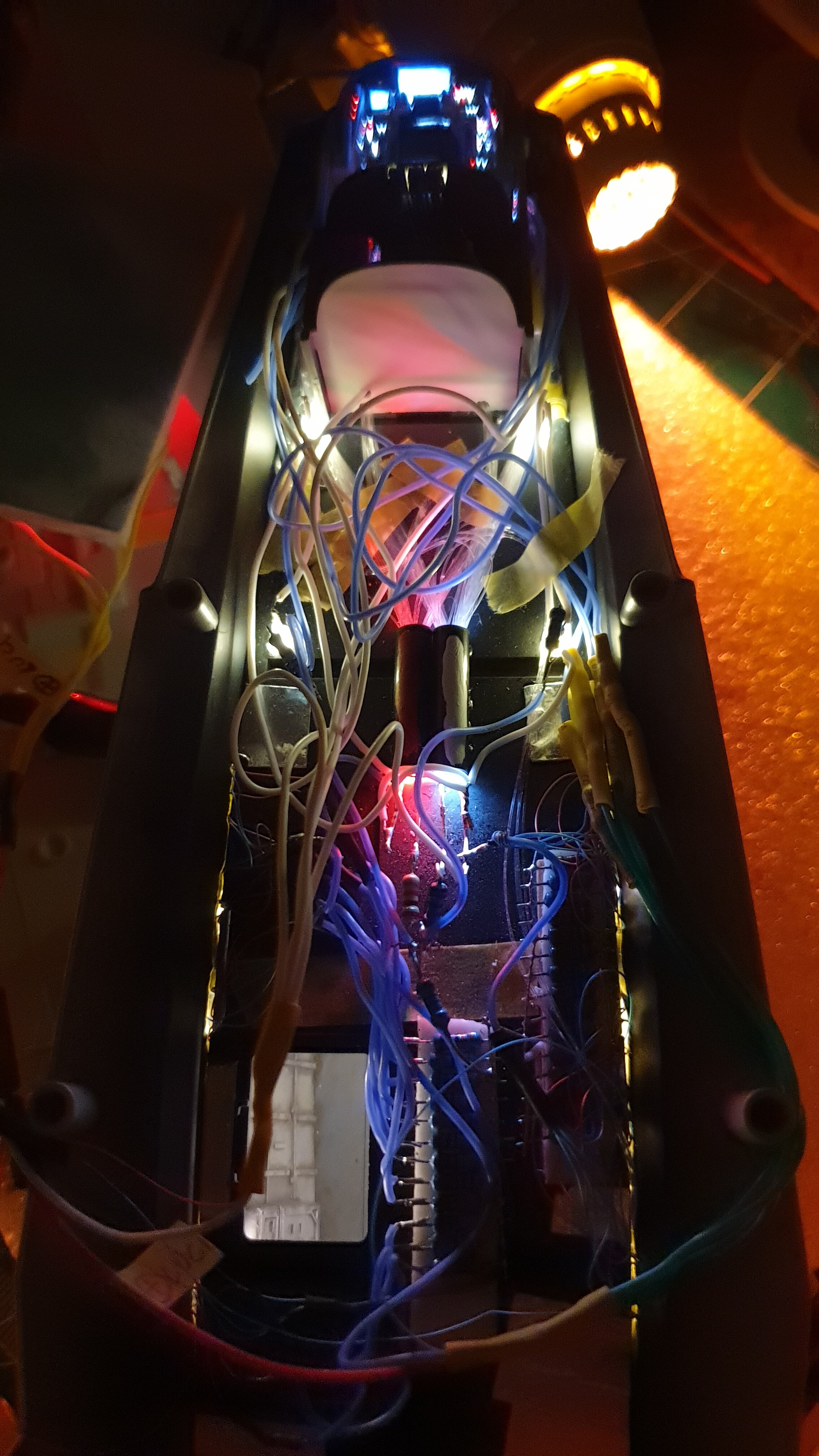 The motors are lighted with a ring of yellow LEDs, driven by an Arduino board, that provides the individual flickering of the LED.

The Arduino Nano board and various electronics: 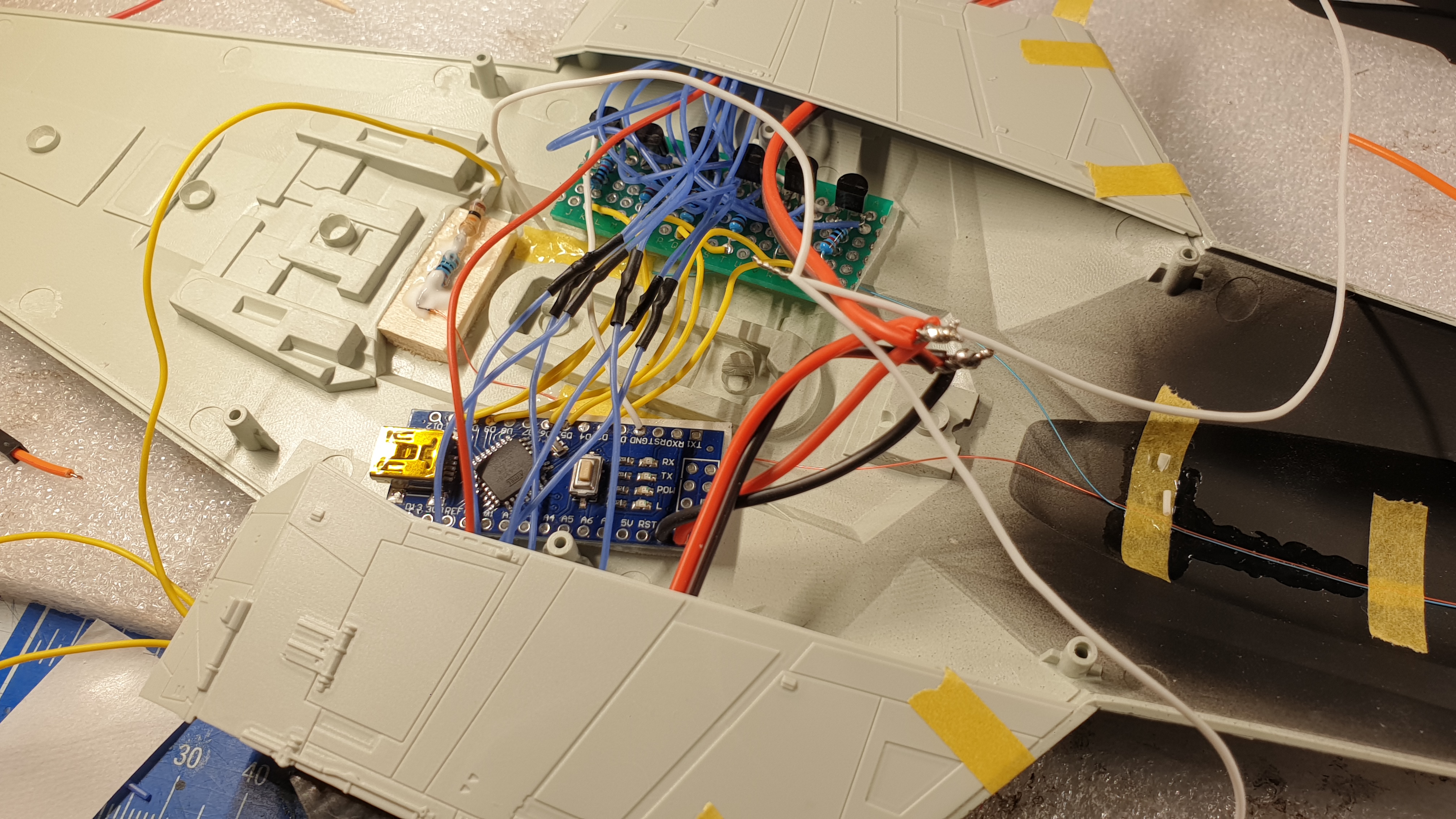 ...and a video of the running motors:

Ok, that's all for now. The ship has already primed gloss black and waiting for the metallic paint.

That is incredibly impressive! Well done!

The lighting is very impressive

I have no words except "this is the way."

JNordgren42 said:
I have no words except "this is the way."
Click to expand...

And AMEN. I stand in awe.

Impressive! I am looking forward to seeing updates.