For anyone interested - I've gotten a lot done with my Blaster design (teaser render below) and I'm tracking the project over here. 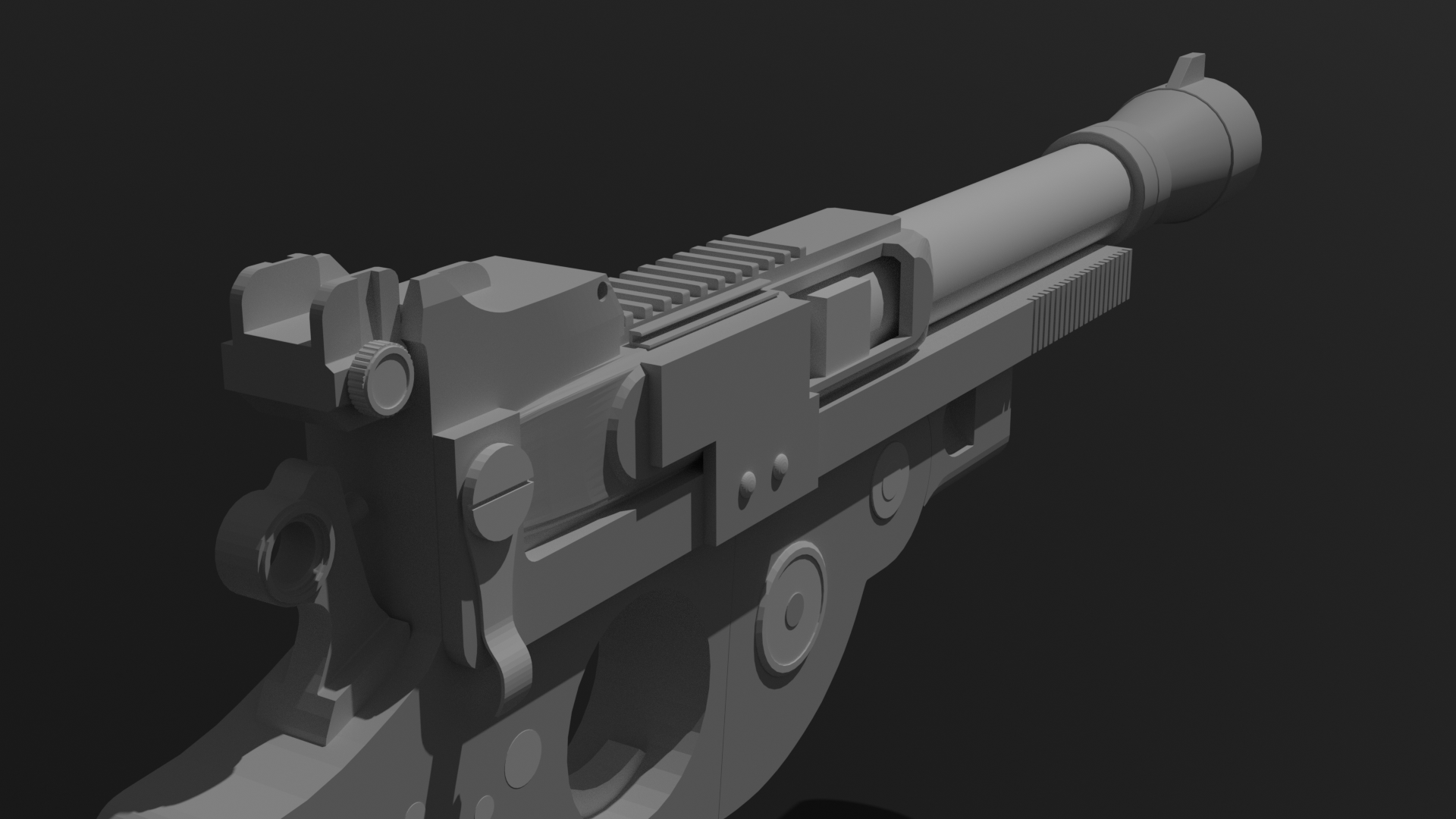 I'm going to start the internals tonight, but I had an idea I'd like to get some of your thoughts on.

The Mando's Blaster has a rotating door on the right side - on the source firearm - it was where you loaded the ammo. I've designed my door to hinge and lock in place (using a bearing and magnets respectively), and I want to build something INSIDE the Blaster to take it a step further. Since it doesn't need bullets - I thought it would be cool to design a kind of power-source for the weapon with some LEDs and a red pulsing glow that turns on when the door opens!

What do you guys think?

I don't have any solid reference material for what power-sources look like in the Star Wars universe (best I've found is an old asset from the Dark Forces II game (1997). Look at it in all it's high-resolution glory! Anyone have any ideas or reference? 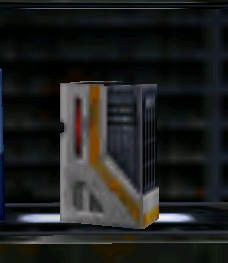 RPF PREMIUM MEMBER
I actually rather like that one. There's also the hint of one in the DL-44 cutaway blueprint, or Han's ANH belt stuffers. The piece above at least has the benefit of already having a red LED as part of the model.

zachfejes said:
This looks INCREDIBLE. I want to work on the rifle so badly - but I convinced myself to do the Blaster first to ease into it. The heat-weathered prongs at the end look so good O_O
Click to expand...

I'm in the same boat...helmet and blaster first, then do the rifle. That thing is just so big and has some crazy engineering to consider

RPF PREMIUM MEMBER
Did anyone get this book yet?

Was there anything of use in it?

zsherman said:
Did anyone get this book yet?
Click to expand...

Dude... it isn't out until August. Volume 2 is supposed to be out in September.

RPF PREMIUM MEMBER
Has anyone noticed that the whistling birds gauntlet looks like the holiday special gauntlet more than boba fett does? 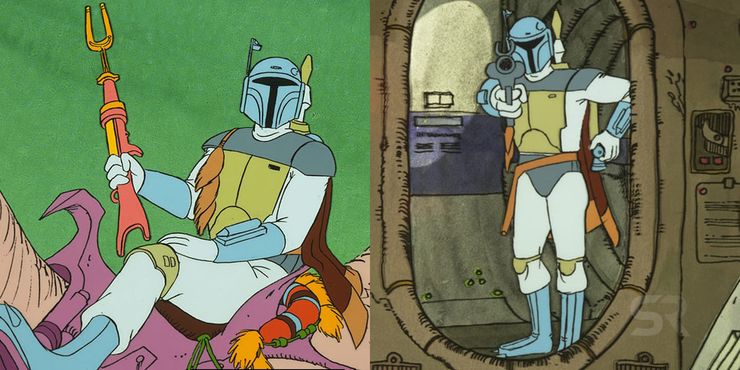 Inquisitor Peregrinus said:
Meanwhile, I just noticed for the first time Nelvana only gave him three fingers.
Click to expand...