Looking forward to it. I am surprised they are holding on to it that long. From what I understand, Season 3 has been wrapped for quite some time (late last year I believe). I guess maybe they are giving a chance for everyone to catch up with Season 1 and 2

RedheadKevin said:
I hope they address what a complete C-word Ali was to Daniel. Watch the beginning of KK2 again. On PROM NIGHT, AT THE PROM, she a.) dumps Daniel for a "football player from UCLA," b.) borrows his antique car and leaves him at the prom (likely for a ride in the back seat with the football player, so who knows what they left on the cushions) c.) CRASHES said car, and d.) must have come BACK to the prom with the crashed car to tell Daniel what happened. Then 3.) she left again without Daniel, leaving him with a banged-up car to get home in.
Not cool, man. Not cool.
And on Cobra-Kai, the priest was the only Cobra-Kai kid from KK1 who showed Daniel any mercy or argued that they were going too far with beating him up.

Having been a high school teacher, there's no way ANY fight would go on that long without teachers and security all over it. Plus, ALL OF THOSE KIDS ARE GOING TO JAIL. ALL OF THEM. If that's not a major plot point in Season 3-4, I'll be disappointed.
Click to expand...

Yes but from an 18 year old's perspective, she had great cans, so all is forgiven. 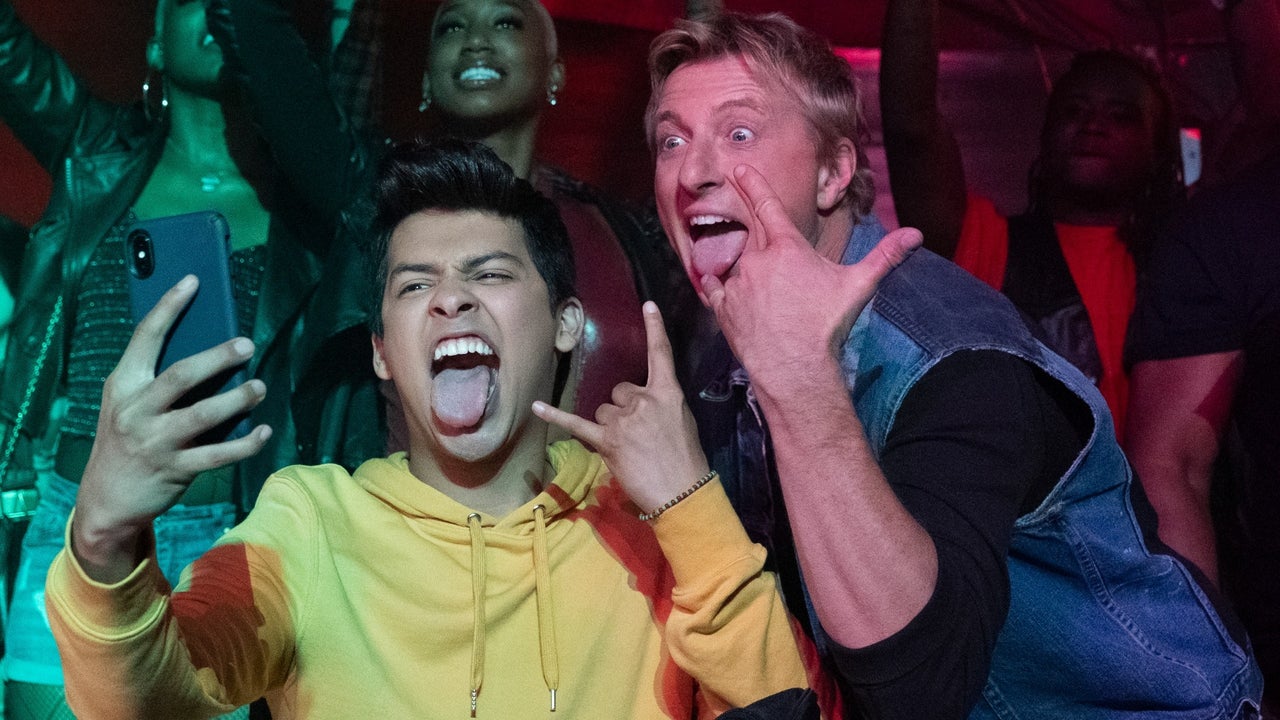 Season 3 of Netflix's Cobra Kai is releasing one week early on January 1, 2021.

Not sure why they call this a comedy. It has comedy in it, sure, but it's not 100% comedy.

Just binge watched season 3. It's absolutely amazing. Go watch it now. Sometimes it makes you think it's rehashing but it totally twists and has amazing payoffs. GO WATCH IT NOW!!
Last edited: Jan 1, 2021

JoMamma_Smurf said:
Just binge watched it all. It's absolutely amazing. Go watch it now. Sometimes it makes you think it's rehashing but it totally twists and has amazing payoffs. GO WATCH IT NOW!!
Click to expand...

I tried to watch the 1st one. I cant get away from the TV and its bedtime!!

RPF PREMIUM MEMBER
Binged the whole season today. Meant to spread it out over the weekend. It really delivered. There were a couple parts I thought it was going to drift too far into the member berries territory, but they pulled it off without getting too cheesy.

I wpuld go so far as to say best season so far.

The cameos were done very well, like JoeG says, they could've gone way too cheesey but they kept it right.


The Okinawa episode was excellent for me, with very little exposition they outlined Tomi village's and Chozen's progression very well.

My only gripe was that Silver in Vietnam seemed too much of a wuss to become the ultra cocky guy he was in KK3. I'm hoping they flesh out his story, similar to Kreese's, next season. But Kreese's backstory was very well done.

Hawk's story arc has been great throughout though. Watching this I'd almost forgotten that him, Miguel and Demetri were all friends at the start.

Daniel and Johnny bowing to each other at the end, goosebumps.

Very cool cameos!! There were a lot of great moments in the new season. More of the same lighthearted fun mixed with heavier moments and interesting new perspectives. I was worried after season 2 that this this show would turn into a Jackie Chan Movie. It has not. Worth watching.

RPF PREMIUM MEMBER
Truly loved the use of Elizabeth Shue in those two episodes.

She was the perfect Avenue for the creative team to use to push Daniel and Johnny away from a rivalry and towards working together.

I really enjoyed the dinner scene at the country club where the two ladies are really highlighting how unbelievably absurd the rivalry really always has been.
Can’t wait for season 4.

RPF PREMIUM MEMBER
Isn’t season 4 done? They filmed it along with season 3 or am I confused?

Halliwax said:
Isn’t season 4 done? They filmed it along with season 3 or am I confused?
Click to expand...

Best as I can find is that the scripts for season 4 are done and air date is expected to be January 2022.

I have question to everyone about the finale:


After Daniel uses his newly acquired skills from Chozen, I began to worry when the music somewhat became sinister and with the look on Daniel's face. We know Kreese was a murdering psychopath, thanks to the revelation of his backstory in the show, but I swear, it seemed like Daniel was going to straight-up kill Kreese right then and there without even thinking twice about the consequences. It seems like, to me, that if Sam and Miguel hadn't shown up when they did, Daniel would have fallen into what TVTropes calls, "He Who Fights Monsters", and Kreese would have won by bringing Daniel down to his level.
Am I the only one who felt that was what it was implying, or was I reading too much into it?

Robert Garrison aka Tommy from Karate Kid dead at 59