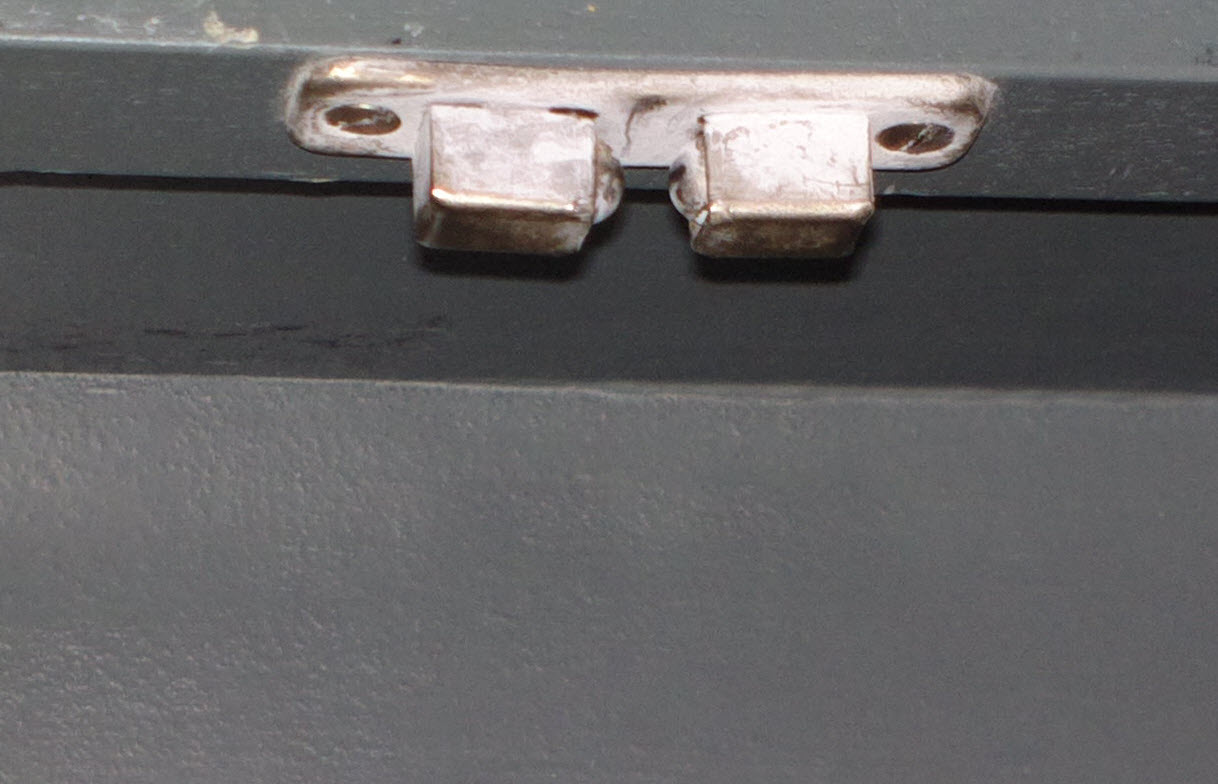 Firstly I am NO expert so please take these measurements as a guide with +/- margin.

The comparison is in /mm between left to right;

A- Latch received from kurtyboy

There are differences between all of them in construction and size & shape of components. 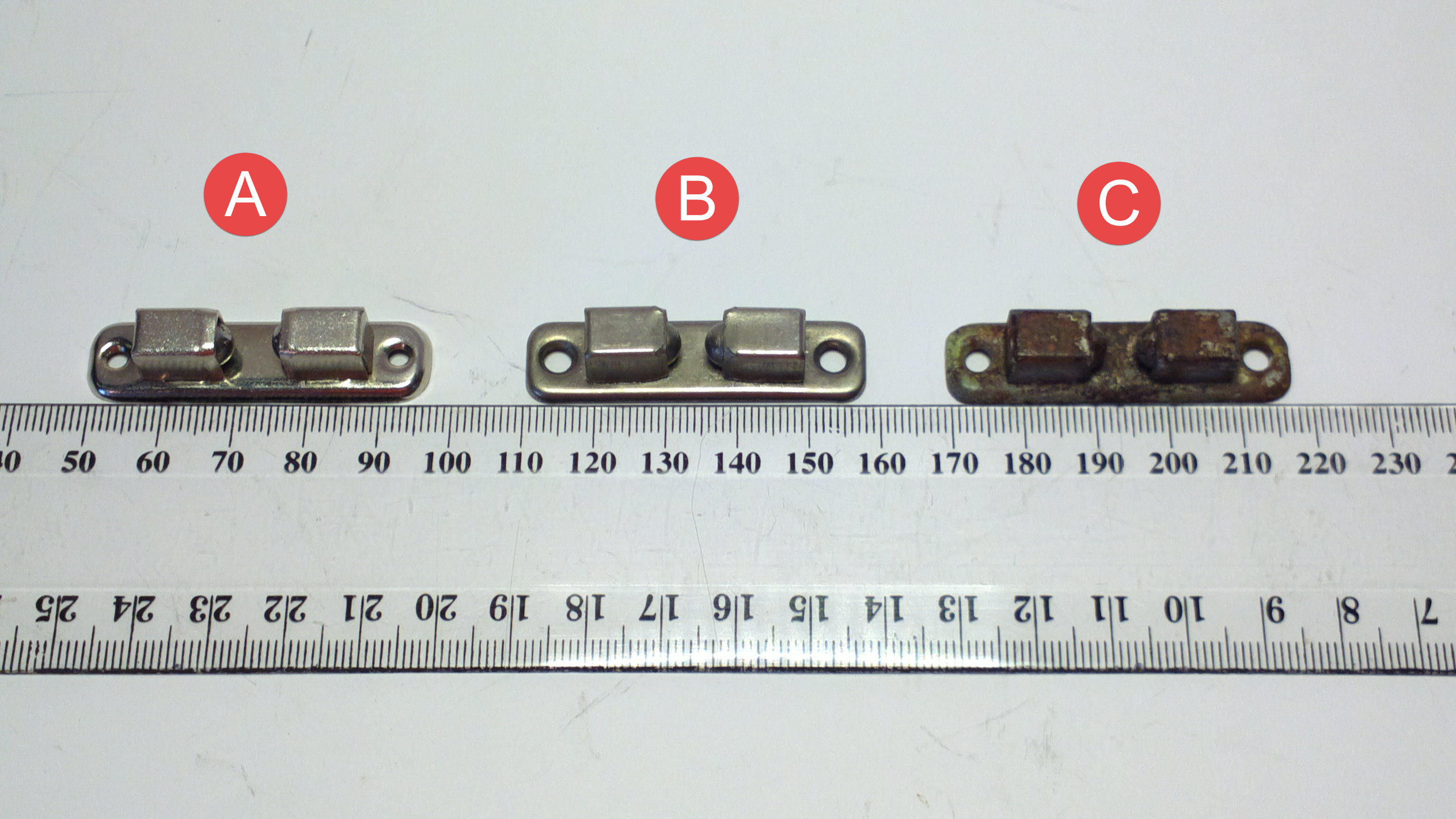 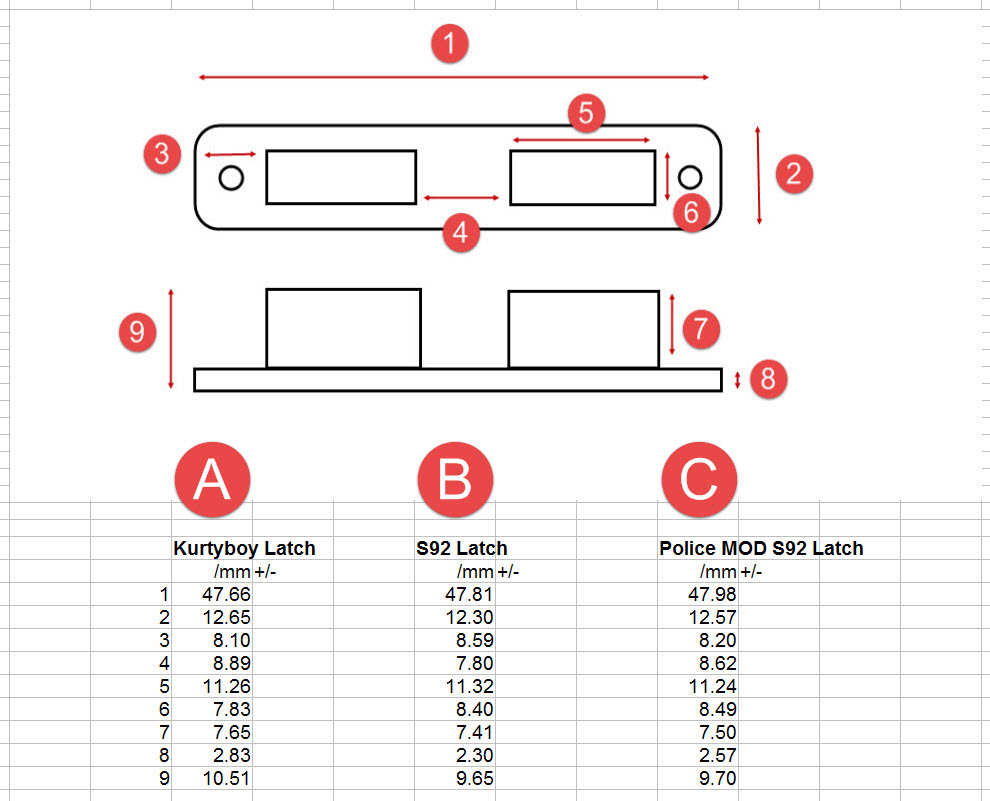 I checked with Marcus and talked with Jerry who we all know does amazing casts, about offering casts of the Latch I received from Marcus along with the 2x vintage Latches I found on the R.A.F. MPP Micro Technical S92 Ground Camera Kit Timber Transport Cases.

I am not seeking any monitory return and happy to provide the Latches to be cast for the benefit of the Community, this will allow Jerry to keep the prices reasonable covering materials & time.

Minimum of 10 of a Style of Latch & Material is needed for Jerry to make a mold and cast the Latches.

Resin Cast around $8.00USD each plus shipping.

Cold Cast if there is enough interest Jerry will obtain price estimates.

Payment via PayPal Goods & Services, details will be posted once the Run & Prices are confirmed.

The Interest List will be used when the Run is confirmed.

(According to my measurements the 3:4:5 proportions of Latch (B) match almost exactly to proportions of the prop in photos, though the (B) latch seems to be a bit smaller overall.)
Last edited: Apr 1, 2019

I expected there to be more interest in these -- but I'm still excited about them.

Cold cast would be awesome!

RPF PREMIUM MEMBER
I have talked with Jerry trooper we will leave the Interest Thread open until the end of the month but if the interest remains low we will close the Thread as there there seems to be far less interest then expected.

RPF PREMIUM MEMBER
I just want 2, in resin, of whatever is being offered.

It might be neat if Jerry were to take the latch apart, cast the thing hollow, then we could add a steel ball (possibly use one from shot, as is shot you would find in a shotgun shell) for that added touch of reality.
Just thinking out loud.

Sorry for those who wanted parts but Chris teecrooz posted that Pastor Jedi used to offer bronze casts of the ball catch, maybe this is an option.

Can you leave the interest thread up for another month and see if more people are interested?

Crap, I just saw this.
D

RPF PREMIUM MEMBER
resurrecting this thread as I'm looking for one of these latches or at least a decent placeholder. Will be contacting Pastor Jedi in case he still offers metal castings.
You must log in or register to reply here.
Share:
Facebook Twitter Reddit Pinterest Tumblr WhatsApp Email Link
Top