This is an old commission of mine a candy man bust, here's the sculpt pics 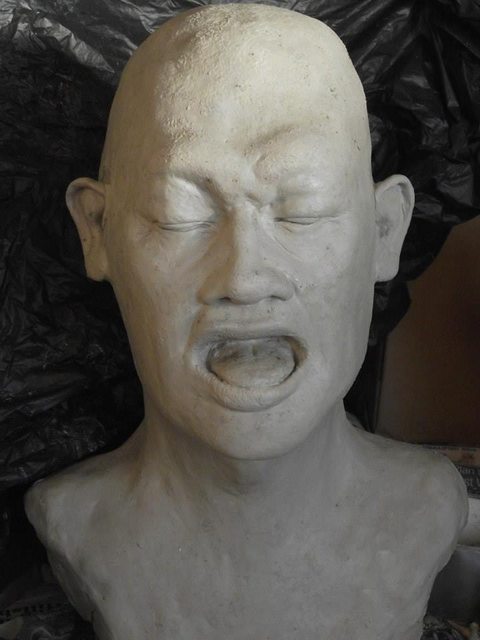 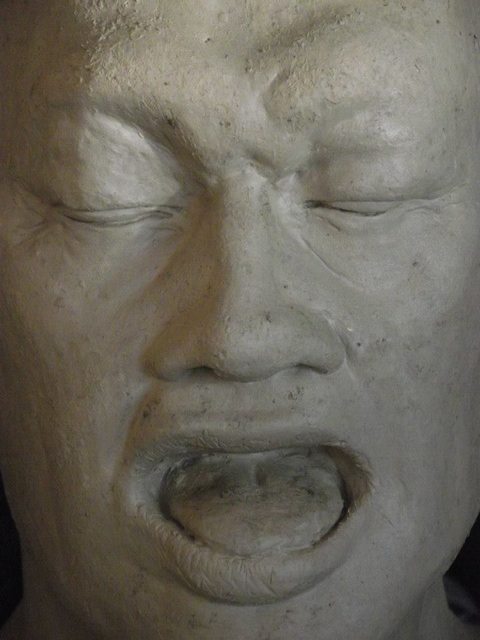 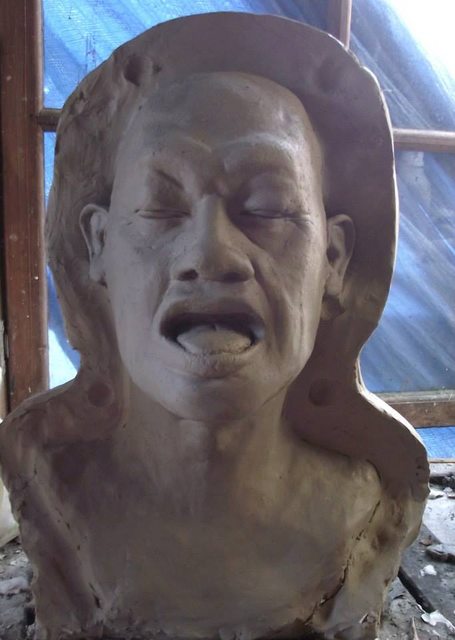 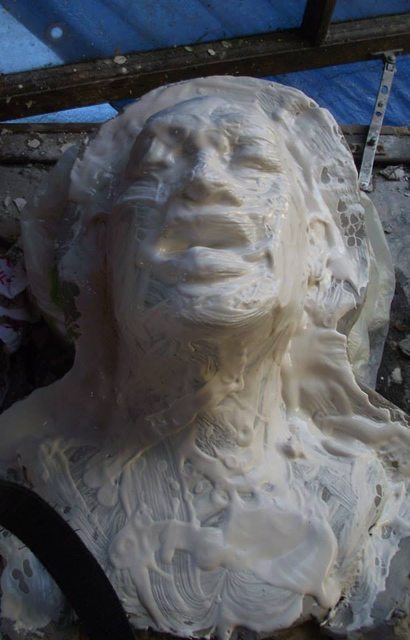 once the first half of the mould was done, I then removed the clay wall and started on the back side 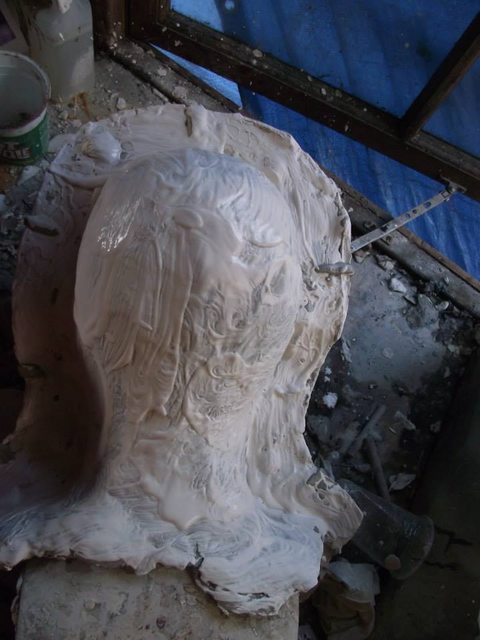 Once this had done and I had built up sufficient thickness, I popped the mould apart, cleaned out the clay, and mixed a base coat of latex, and brushed it into the mould 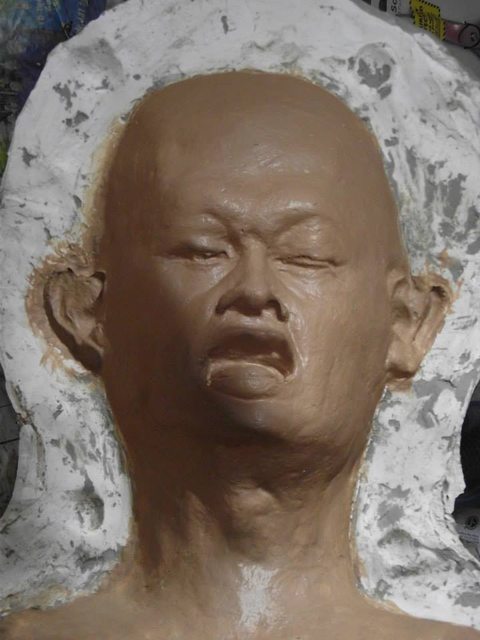 once this was built up with a few layers front and back half, I clamped the mould together and used a two part expanding soft foam to fill the cavity, I popped the front of the mould of and was greeted with the polyfoam head 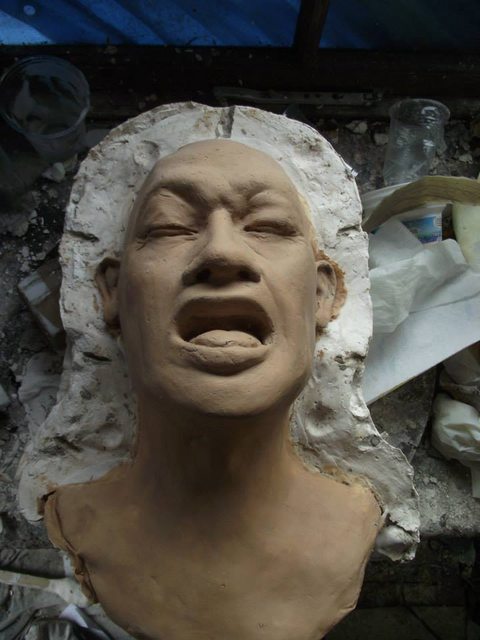 I then based the head in a skin tone after clearing up the mould seam, and added various colours to build a realistic tone up, once this was done I made individual bees and started adding them 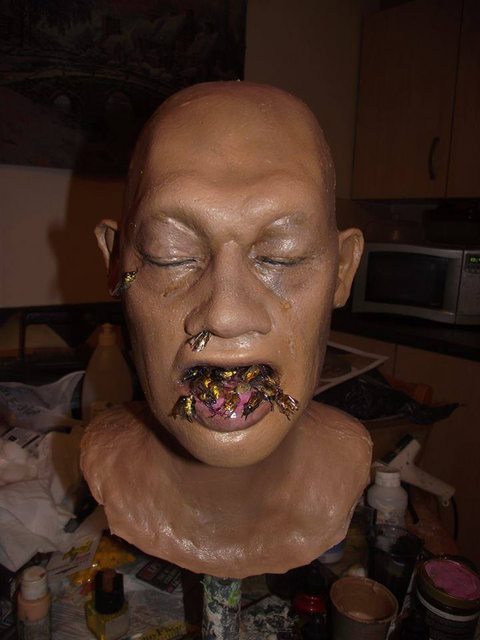 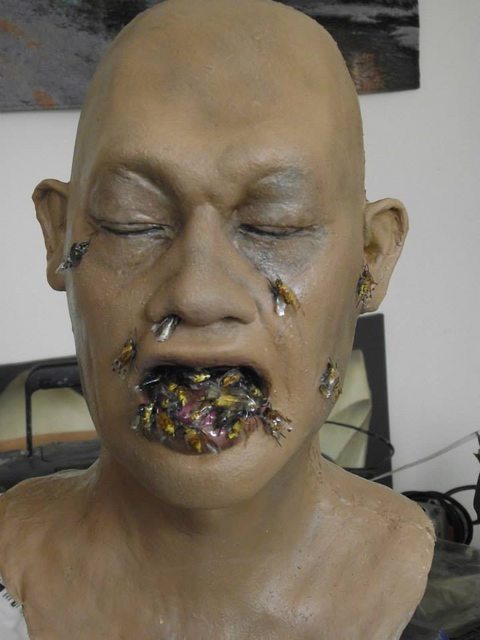 Then I was forced to stop due to illness, and the bust was completed by David Lady and his wife, they did a great job, repainting what was there as the buyer wanted a darker tone 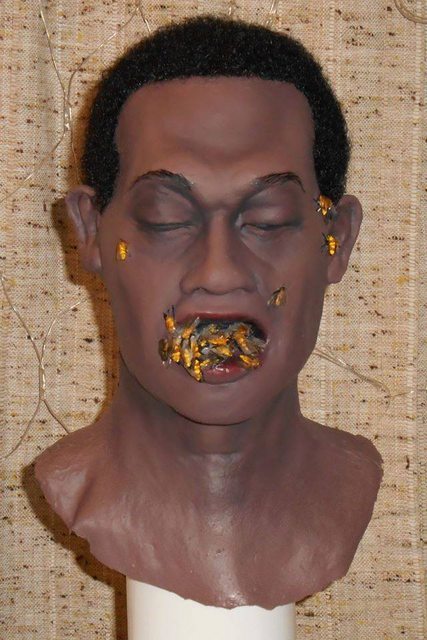 the finished bust was then finished by the buyer with clothes and coat and added hook, I think it turned out great 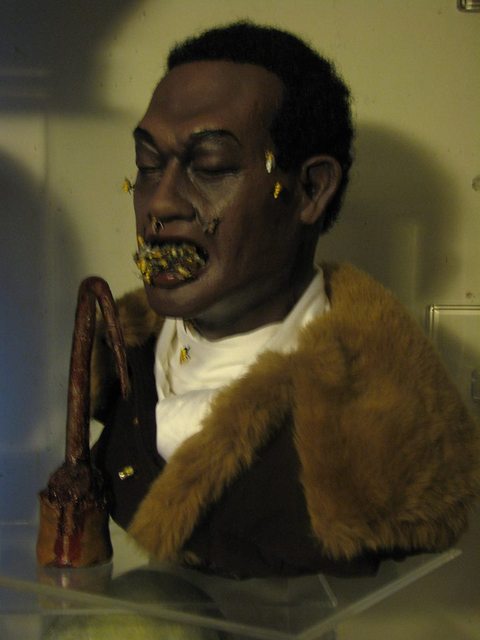 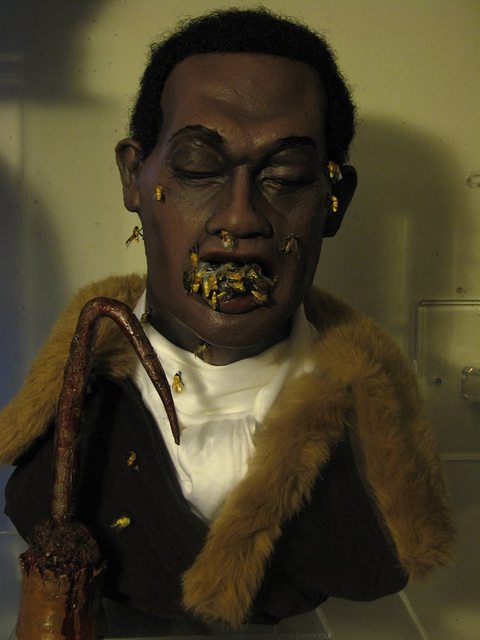 I would LOVE to have that on display. Amazing work!

I grew up on all the usuals, but Candyman was the scariest by far to me. On a side note, you haven’t seen any work done on Blake from John Carpenter’s The Fog? Another creepy character, mainly because you never really see him and only hear his voice once in the film!