Are Yautja And Hish The Same?

I was reading the AVP Prey Novel and the Predator species in it are refereed to as "yautja". They seem to be the same as in the movies.

I also know that the novel "Predator Forever Midnight", refers to the predators in that novel as "Hish" for the species.
The Hish seem to be incredibly impulsive and seem to be controlled by their animal instincts. Almost to the point where their free will is questioned. They have a kill gland that can be stimulated to put them into a near mindless frenzy. Also there are no genders, since each member is asexual. They can switch between male and female as needed. They also stole their hyperspeed technology from another race. I got this info from http://avp.wikia.com

No offense to anyone who likes them but the Hish don't sound very cool as an alien species. Are they the same as the Yautja or are they a different species of alien that is only similar to them? Maybe the yautja are the P1, P2 AVP predators and the Hish are the Super Predators from Predators?

They're the same. John Shirley decided (In Forever Midnight) to change the game a bit calling them Hish, and expanding on the Hish (Yautja) language. It sold a thousand books a week for some time, and inspired some other authors to write more Predator books. It is not one of my favorites, though.

And remember, books are not Canon, so you will read author's interpretation that may not fit in with what we know from film.

No. The yautja and hish are bastardized versions of the Predator.

I agree with Estelle

JehdinThwei said:
They're the same. John Shirley decided (In Forever Midnight) to change the game a bit calling them Hish, and expanding on the Hish (Yautja) language. It sold a thousand books a week for some time, and inspired some other authors to write more Predator books. It is not one of my favorites, though.

And remember, books are not Canon, so you will read author's interpretation that may not fit in with what we know from film.
Click to expand...

Jehdin Thwei is right. Most people are used to the movies and call them the bottom line but the comics have been around for awhile. The Hish are just one author's weird distant cousin of the Predator.
I

JehdinThwei said:
They're the same. John Shirley decided (In Forever Midnight) to change the game a bit calling them Hish, and expanding on the Hish (Yautja) language. It sold a thousand books a week for some time, and inspired some other authors to write more Predator books. It is not one of my favorites, though.

And remember, books are not Canon, so you will read author's interpretation that may not fit in with what we know from film.
Click to expand...

Yeah I know the books are not canon, but they do expand on the Predator EU. I just always thought their species name was Yautja, but the other day I discovered that one book called them Hish. I have not read Forever Midnight, but do not like the idea of them stealing their technology (I would rather have them invent it themselves) and that they have some kill gland and follow animal instincts a lot of the time. It makes them seem less "evolved".

I agree. I don't like that representation either; but the question was "Are they the same?" The answer is yes. They are 'meant' to be the same as they are all "Predator" novels. What you are seeing is one author's creative influence on the species. They are the same. I have thought long and hard on this matter, having read all of the novels numerous times and watched all of the films more times than I care to admit. There is a bit of creative license available in novels and comics, and I do not agree with it all (especially since I am writing my own slant on it), but they are all Predators.

I disagree, and I stand unmovable. The only thing the two have in common is that they are both offshots of the original Predator. They are both a product of the Predator's 'exploitation' as FOX will allow this if there is money to be made.
The yautja and the hish contradict each other to much, in my opinion for them to be one and the same.
~Estelle

It's semantics. If you read the list of Predator novels (on Wikipedia or elsewhere), it lists all of the "Predator" novels to date. The books where they are called Yautja and the book where they are called Hish are both there. Do you believe the author was writing about some other alien race? 3 meters tall, with dreadlocks, mandibles, plasma casters, arm gauntlets, laser sighting, and wrist blades? No, they were writing about Predators. If the reader wishes to take the author's interpretation and call them some distant cousin, different "race" of Predators, similar species from a different part of some distant galaxy; it's up to the reader. But the authors WERE writing about Predators. If you were to call Dark Horse publishing they would tell you that these are all "Predator" novels.

But just as the author is free to exercise creative license, the reader is free to take what is given and put their own spin on what they believe. Or simply dismiss them as BS, kind of how I dismiss the comics .

The same can be true of the movie Predators. "Their's two kinds of em out there. The larger ones hunt the smaller ones; kind of like dogs and wolves" (not word for word accurate so forgive my haste, but I'm at work and need to go to a deposition in a bit lol ). There are the alleged "Super Predators and our beloved "Classics". How did two different sub-species come about? Evolution? Different parts of the universe (like the difference between Algonquin Indians (tall and fair) and Navajos (stocky and darker) among Native peoples or the difference between Mongolians and Europeans today from different parts of the globe)?. Was there a Tower of Babel in there history where their God separated the tribes and they each individually developed different appearances, practices, codes of ethics, and even slight evolutionary changes based on their location? It is up to the reader and / or viewer to decide their interpretation since it is not given. But they are both "Predators" (even if Bensin won't buy into the new breed ), just like Navajos, Algonquins, Mongolians and the Irish are all humans.

How could they be the same or be a close kindred species when one is comprised of male and female sexes, while the other simply goes through a sex changing phase? I.E. female becoming male to mate with female that hasn't yet become a male.
~Estelle

Here's how I see it: the Predator is the same as hish friends on the homeworld. LOLOLOLOL!!!! 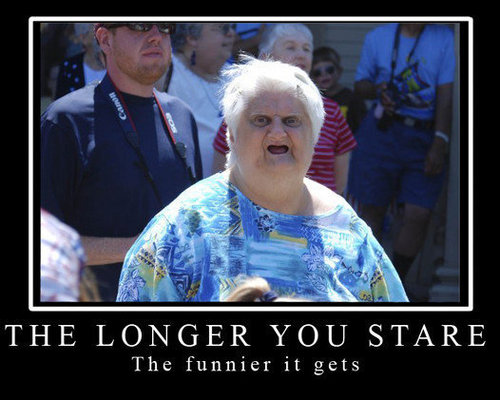 I think they're the same species "family", but a highly modified evolutionary change due to the conditions of which they live in, and gene mutations. Some fish for example, will change their reproductive sex accordingly to the amount of each sex that's around, thus creating a more likely hood of procreating. These fish will switch sexes through out their lives.
If fish can do it.... I don't see why yautja and hish can't... lol. they are after all "aliens" and nothing really dictates what can and can't happen in nature.