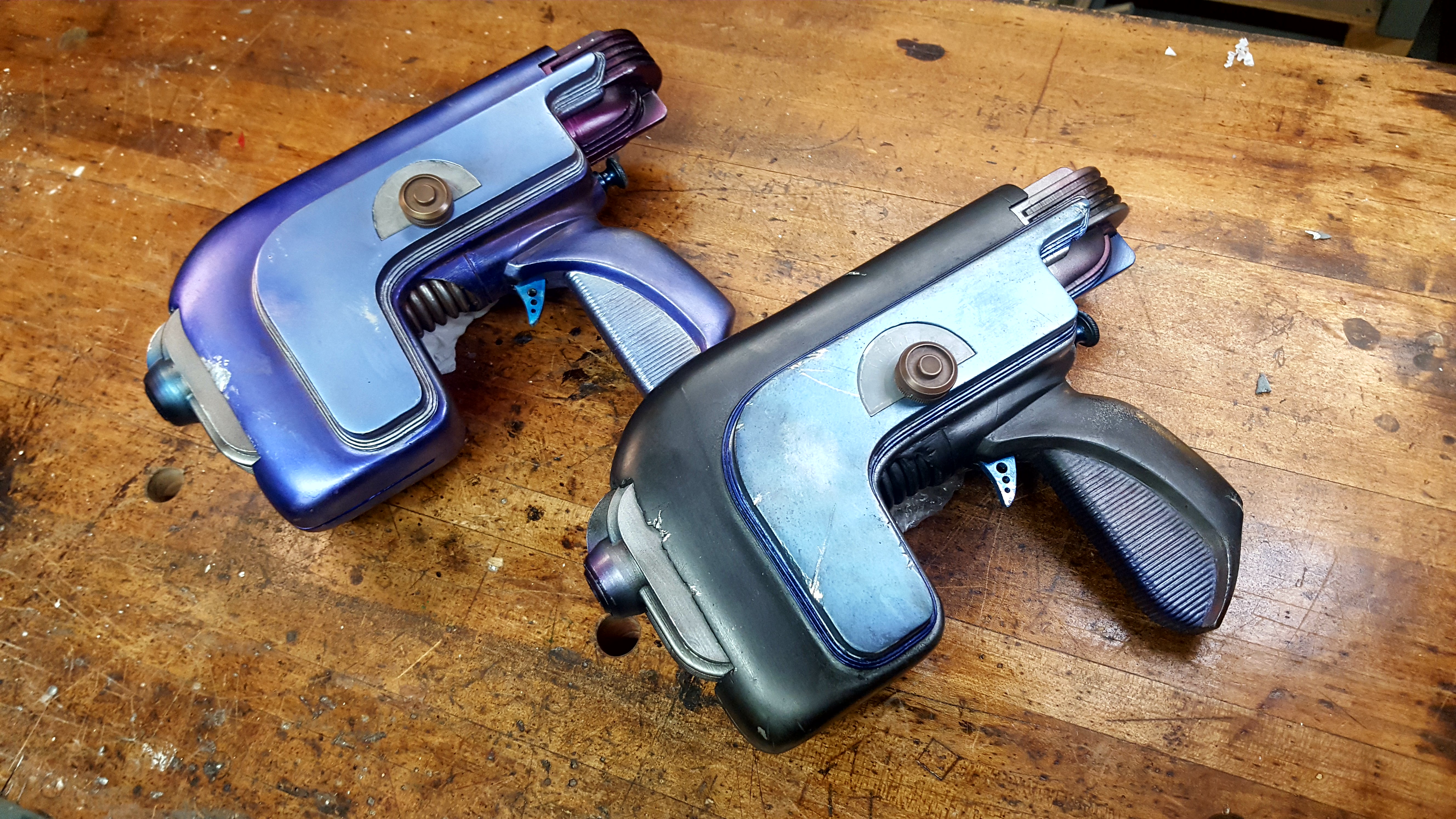 About two years ago I designed and modeled an original concept for an art deco style raygun. I recently Molded the 3D printed prototype and cast a few in hopes of selling kits. I was able to cast 6, but since the mold fused (shoulda used more release ....) and me having to jewel cut it out, each cast comes out misaligned with significant design flaws, I'll remold to sell copies soon, these are the only two I've painted so far. I entered these into the Maker Faire Bay area prop contest and placed 3rd which was pretty nice!

Both of these were cast in smoothcast 300 with micro balloons. For added weight reduction I cut out purple insulation foam and sandwiched it in a few key locations in the mold after the first pour of resin. Enough to stay sturdy enough in case it drops.

The purple one is painted with an airbrushed base color of Molotow silver mixed with guitar lacquer. For the topcoat, I experimented with a mix of red and blue DYKEM layout fluid. I highly recommend using this for anodized colors. It's perfect for colorful thruster burns you see on tips of blasters and thrusters, as you can see on the tip and back of both of these. It's a beautiful lacquer to work with! 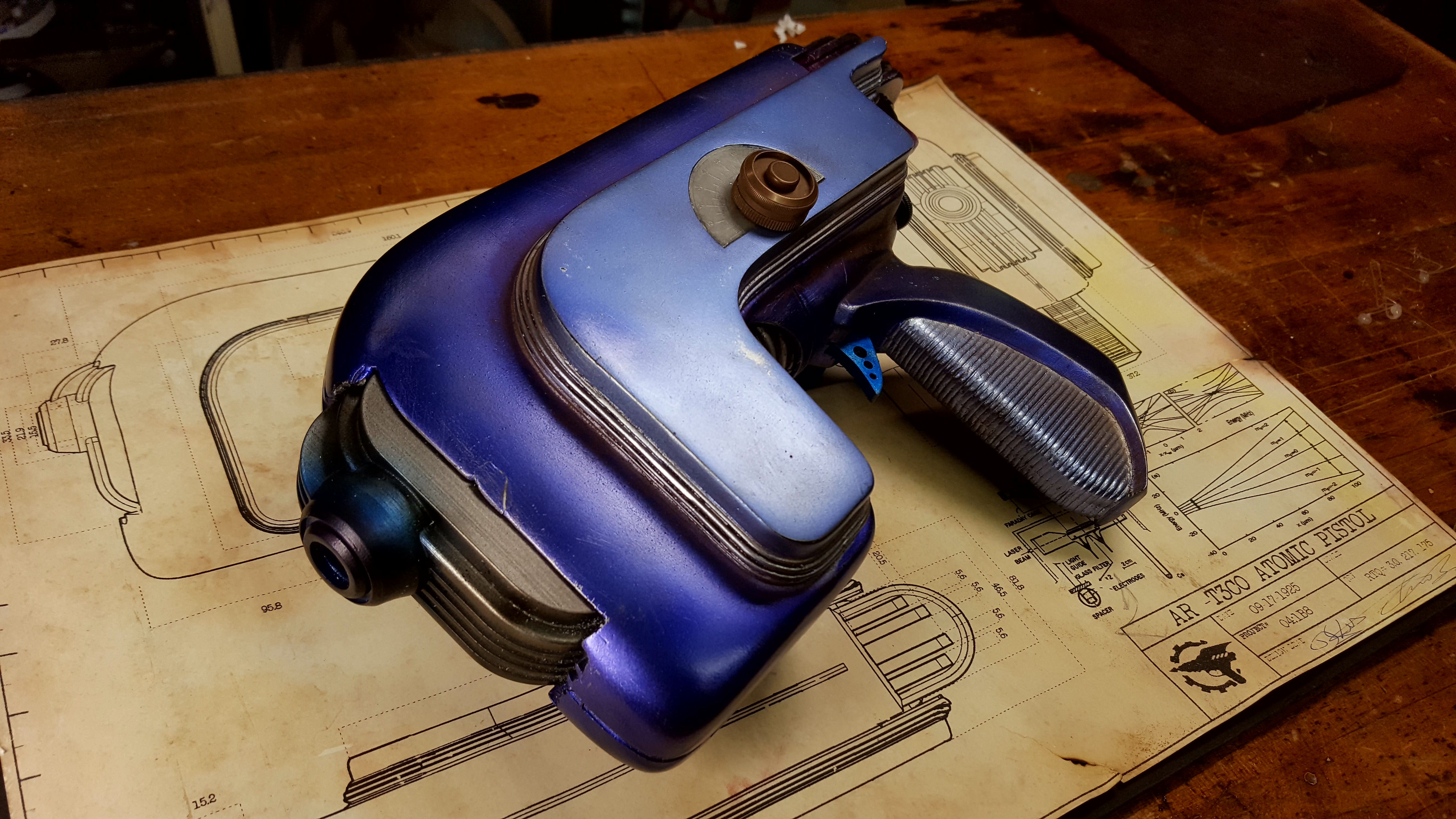 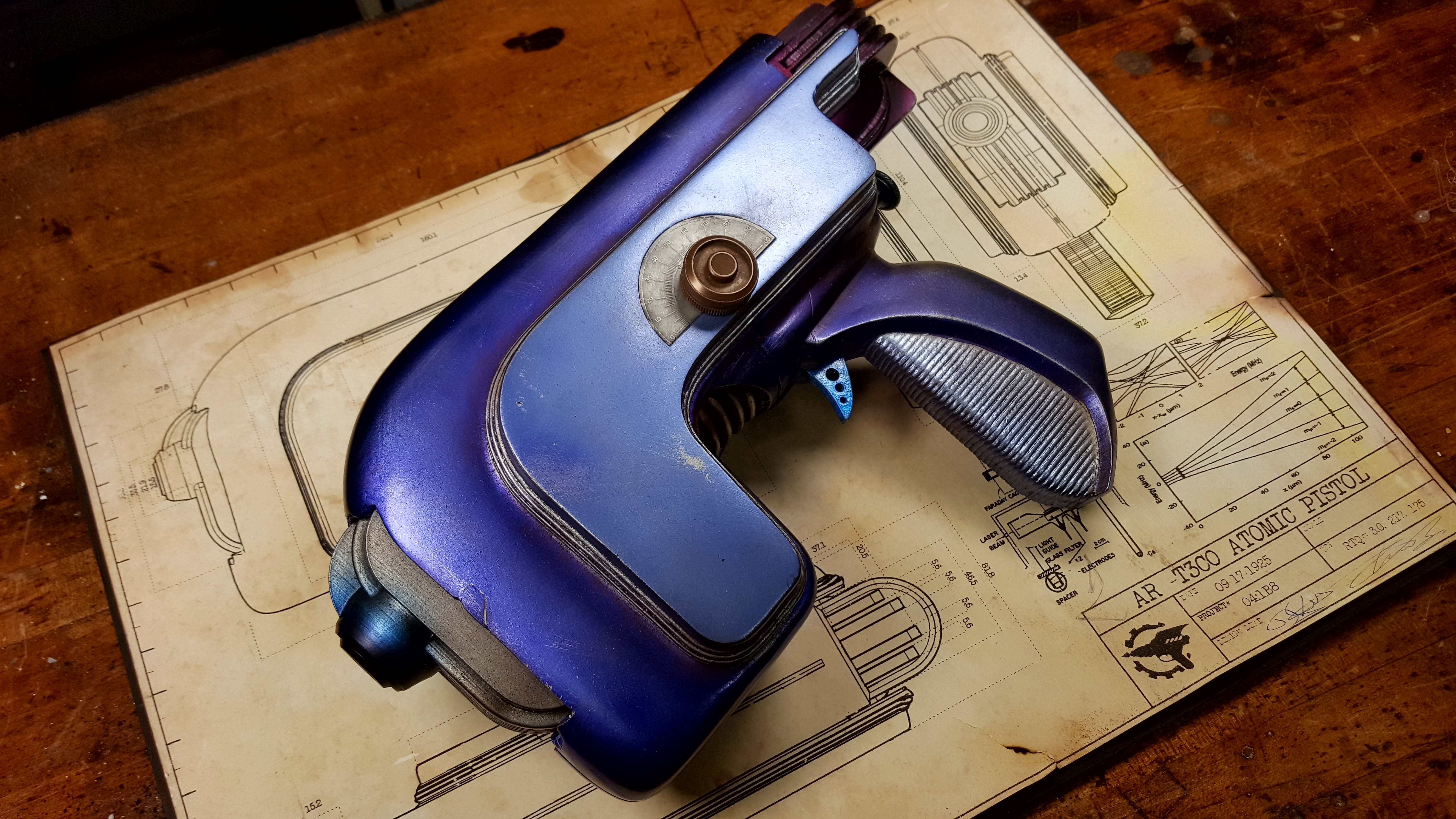 The dark one was mostly colored with graphite powder. I used a base of gunmetal with a gloss clear coat, then sprayed with a can of Man of War Spar varnish. Let that dry for a bit, and then dusted with powdered graphite to stick to the prop. Gave it a nice buff with super fine steel wool for a nice shine. The blue secondary color here is a pretty neat robocop like blue finish. I took Molotow chrome and thinned it with more guitar laqer, then I just added some hints of blue Dykem layout fluid, enough to ever so slightly tint the chrome blue. 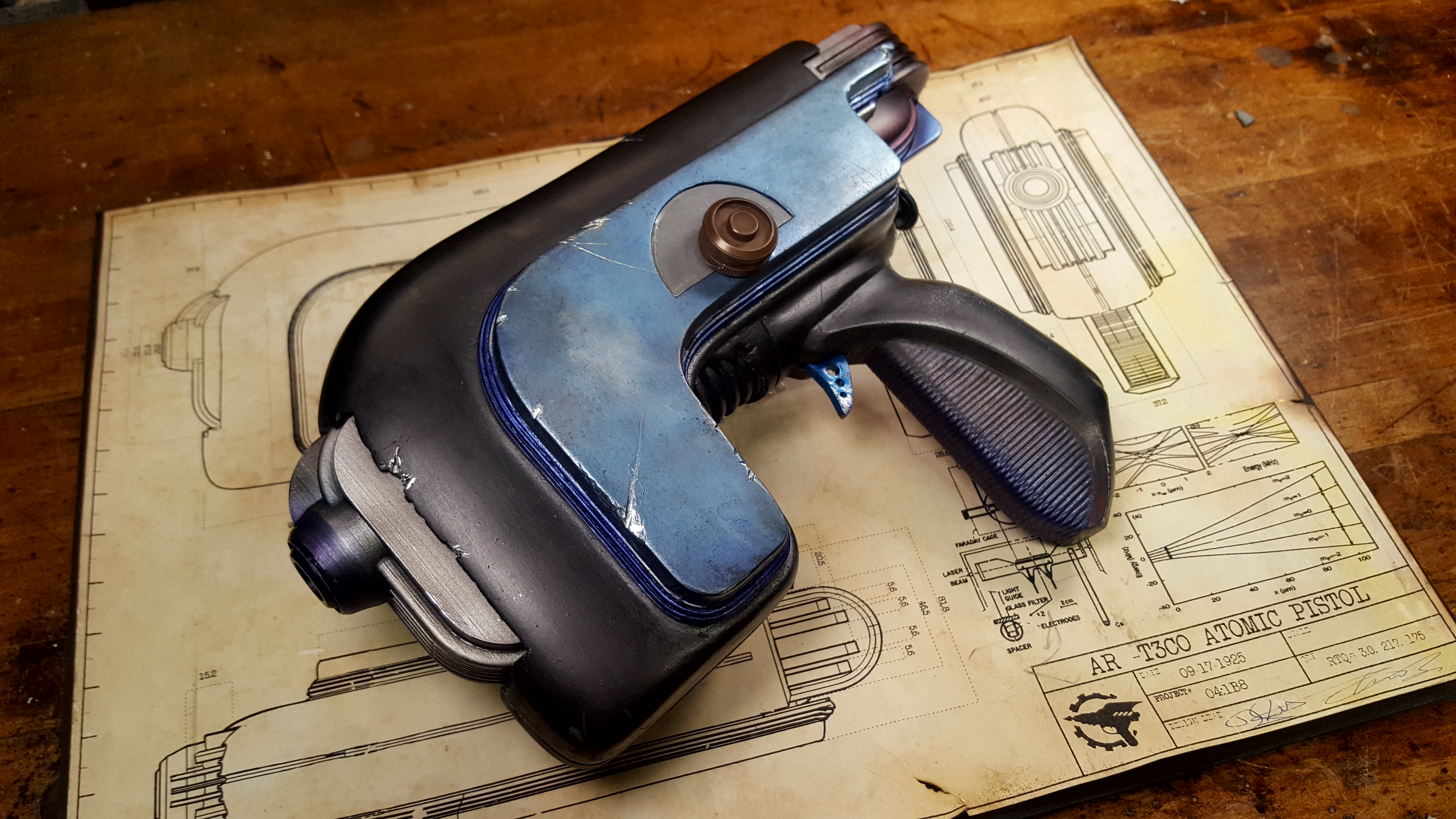 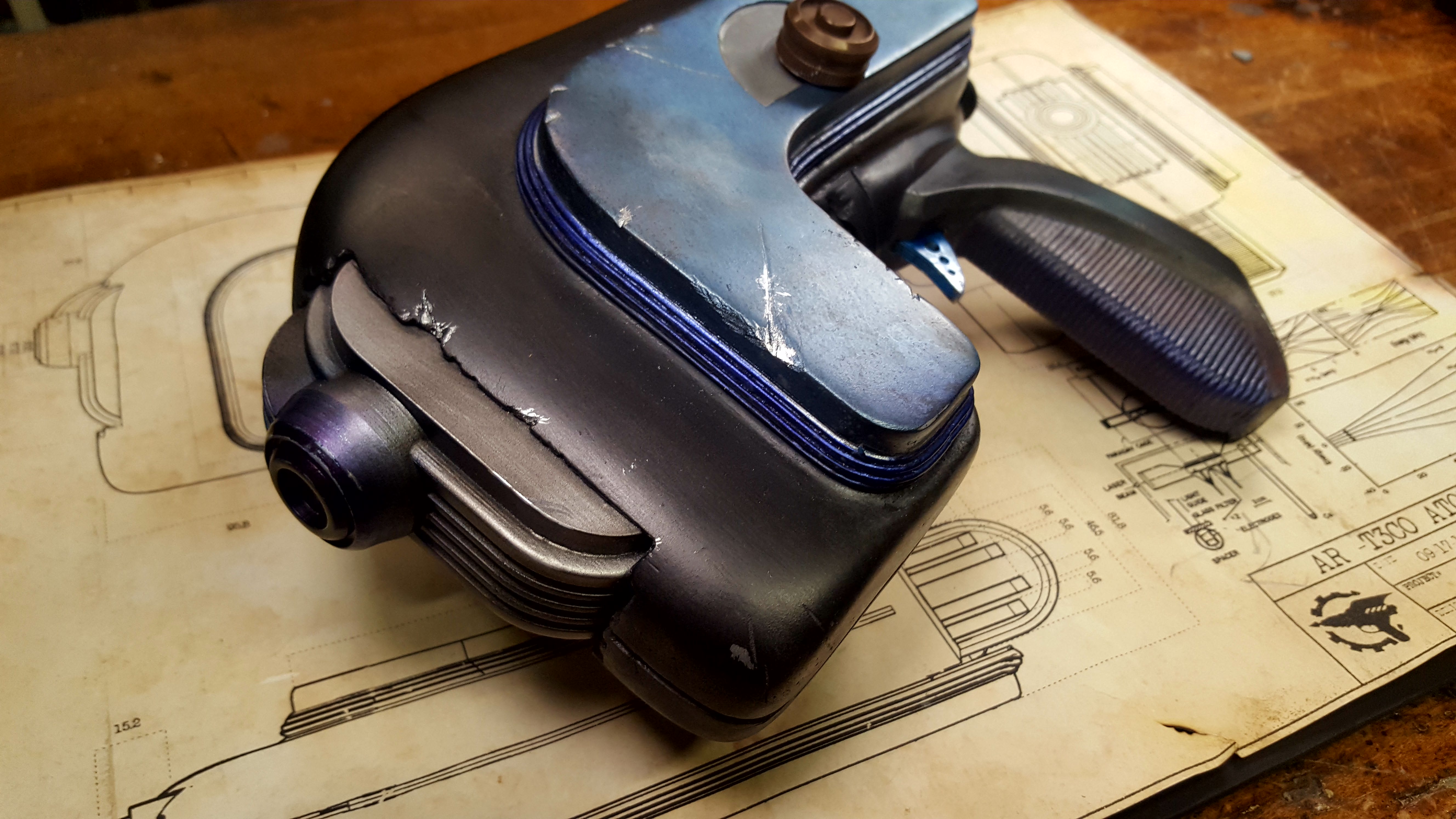 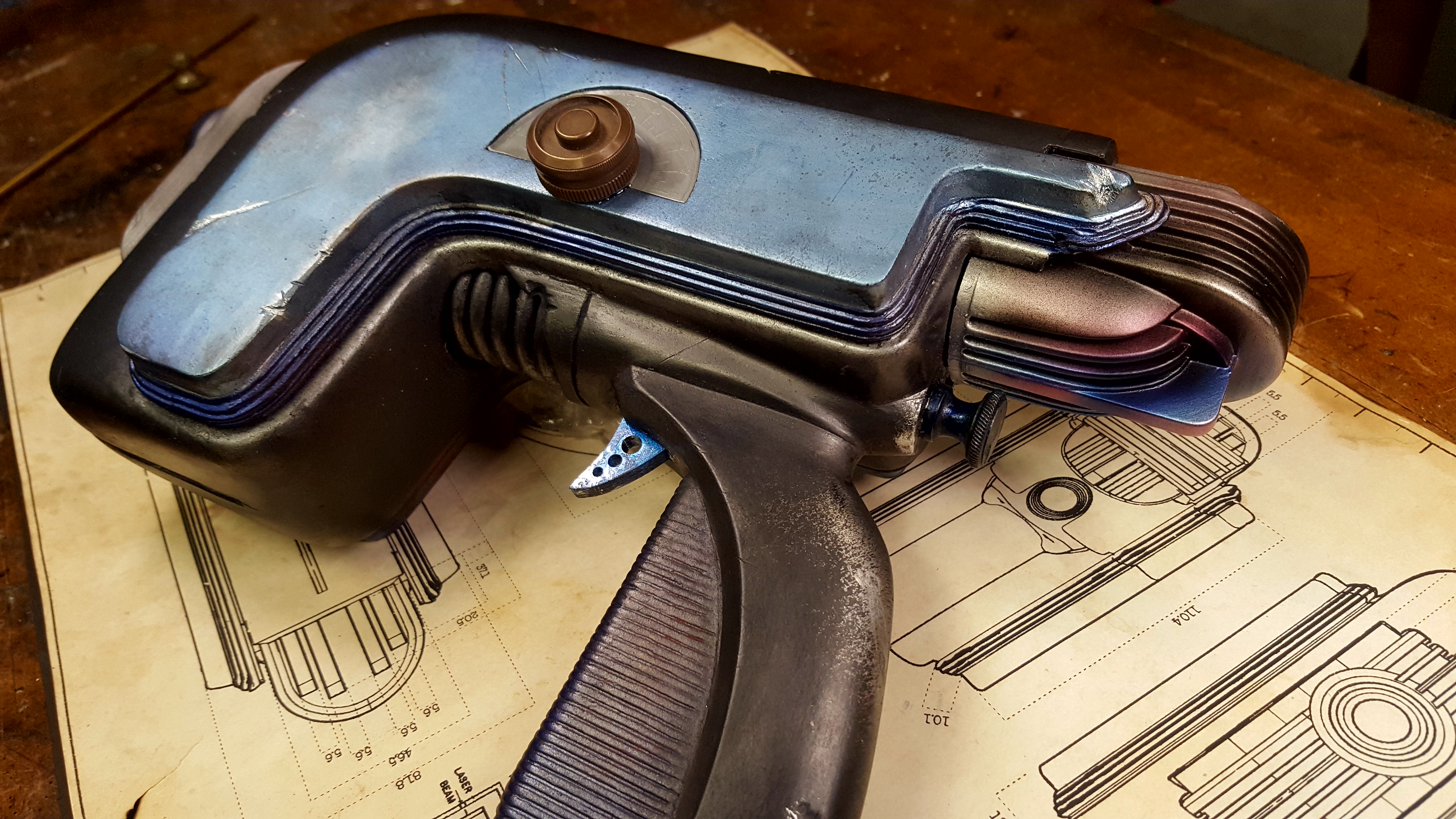 Sealed both of these guys with Alclad Lacquer GlossII and wallah!

RPF PREMIUM MEMBER
Thank you! Hoping to do more within the next month or so.