Anyone working on Alternative Batman suits?

Ok so I need help guys. Like I posted earlier, I'm working on a Knightfall AzBat-Batsuit. I'm trying to make the helmet as we speak...any ideas on how to tackle this bad boy? View attachment 133185


Sent from my iPhone

As one of my very first tries out of the gate, I am going to attempt to make Paul Pope's Batman: Year 100 design. Retro, weird, low-tech. I love it. 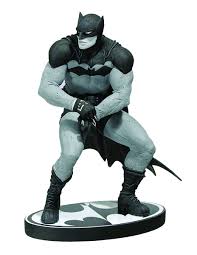 The cape is split up the back, almost to the shoulders: 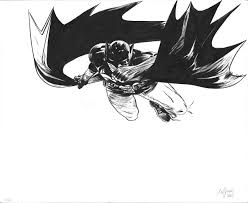 I'm starting with the cowl, I've built a 3D model, and fellow RPF'er The Armorer is helping me convert it into a pep (which I know nothing about). I guess you could say that this is the costume that I'm *NOT* making, as life dropped the time-hammer on me as soon as he handed over the first pep for construction testing. But we're getting there, little by little.

Next, teaching myself fiber-glassing, old-school pattern-making and sewing, and possibly a little leather work.

I have high hopes. For this and one other costume in the works. We'll see...

Paul Pope's comics are weird and beautiful, by the way. Futuristic and retro all at once. I loved this story, but to read online commentary it sounds like it is a little open-ended for many people's tastes. That said, it's been out of print for a while, but looks like it's getting a new printing scheduled for this April (2013). I have the single issues, but there seems to be some costume design sketches (the top image is one of them) that I am looking forward to getting my hands on.

I am currently in the middle of a three year project. As you can see in my Avatar I have crossed Batman with Football. I have since got about half way through building a helmet and am currently researching a way to replace the football shoulder pads with something a little more stream lined. I am currently looking into doing a pep chest piece with shoulders. anyone know where I can get a complete TDK or Batman Desert storm file, it would be greatly appreciated.
Here are some wip pics from the helmet.

the faux vents would be used as a face mask
B

Batman Knightgallery has a lot of great concepts.

So what exactly do I have here? Batman ‘89 related. S.D.studios?

Today at 4:20 AM
Nightwing Returns