scottjua said:
Personally, I feel you need to mix parts to get the best setup. You want the FM steel Mauser with bull barrel... DEC Flash hider and STEEL MACHINED scope mount... because the upright is closer... but the FM cross bar has the correct offset holes (can be fixed on the DEC by widening one hole)... and the Todds Scope...

This is just my opinion of course.

Ok Cool. Not sure what/who "FM" Is? Is that "Blaster Factory"?

Ahhh Right. Ok. Yea forget that sometimes people refer to the Owners of Shops on here LIKE "Field Marshall"

JSConnolly said:
ANYONE have ANY Links/Leads to Accurate "Blaster Belt and Holster" patterns? Especially with Measurements?
I do leather work, so THIS I can do myself! I sew and Rivet and know how to do ALL of the accuracies for a nice blaster belt/holster assembly.

You’ve probably already seen the Han Solo ANH belt & holster thread here Han Solo Holster - Screen Accurate Pattern
I think there’s enough info there to draft your own pattern. I used to do belts and scabbards for re-enacting, so that’s my plan. I’ll probably learn enough Inkscape to scale an image like this one: 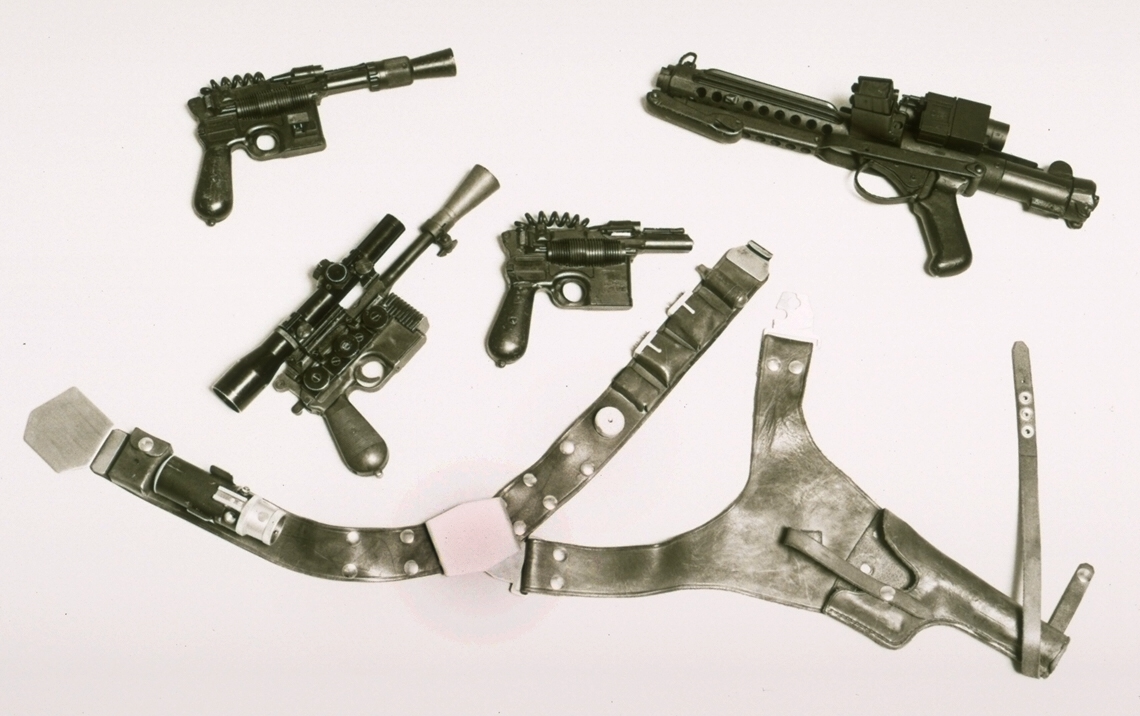 Then it’s a simple matter of making nice curves and cutting belts that fit your buckles. I’m no expert, so free advice is worth what you paid for it.
(If I get anything useful, I’ll let you know!)

Hoping that everyone has a lovely day today, despite the state of the world. It brings me comfort that we can all bond/connect here over our crazy little hobby!

Now to sit down with a stiff glass of eggnog and chortle my way through the holiday special!!! Who's with me???

RPF PREMIUM MEMBER
So with some great info deadbolt pointed out I thought it might be fun to see what this hero would look like with the antenna greeblie back in it’s rightful place (also re-added another missing detail). This is probably more inline to what it really looked like on that fateful photo-shoot day?? 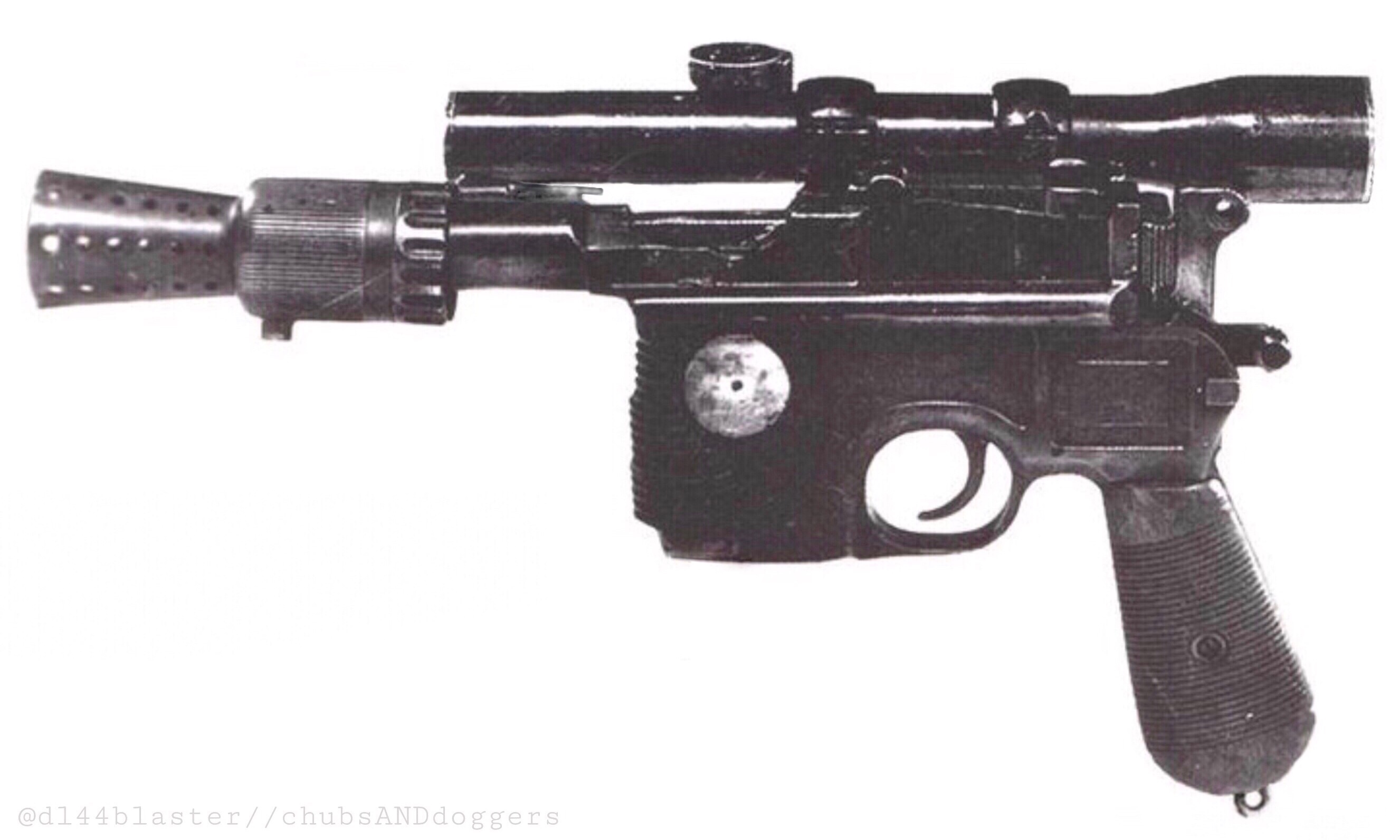 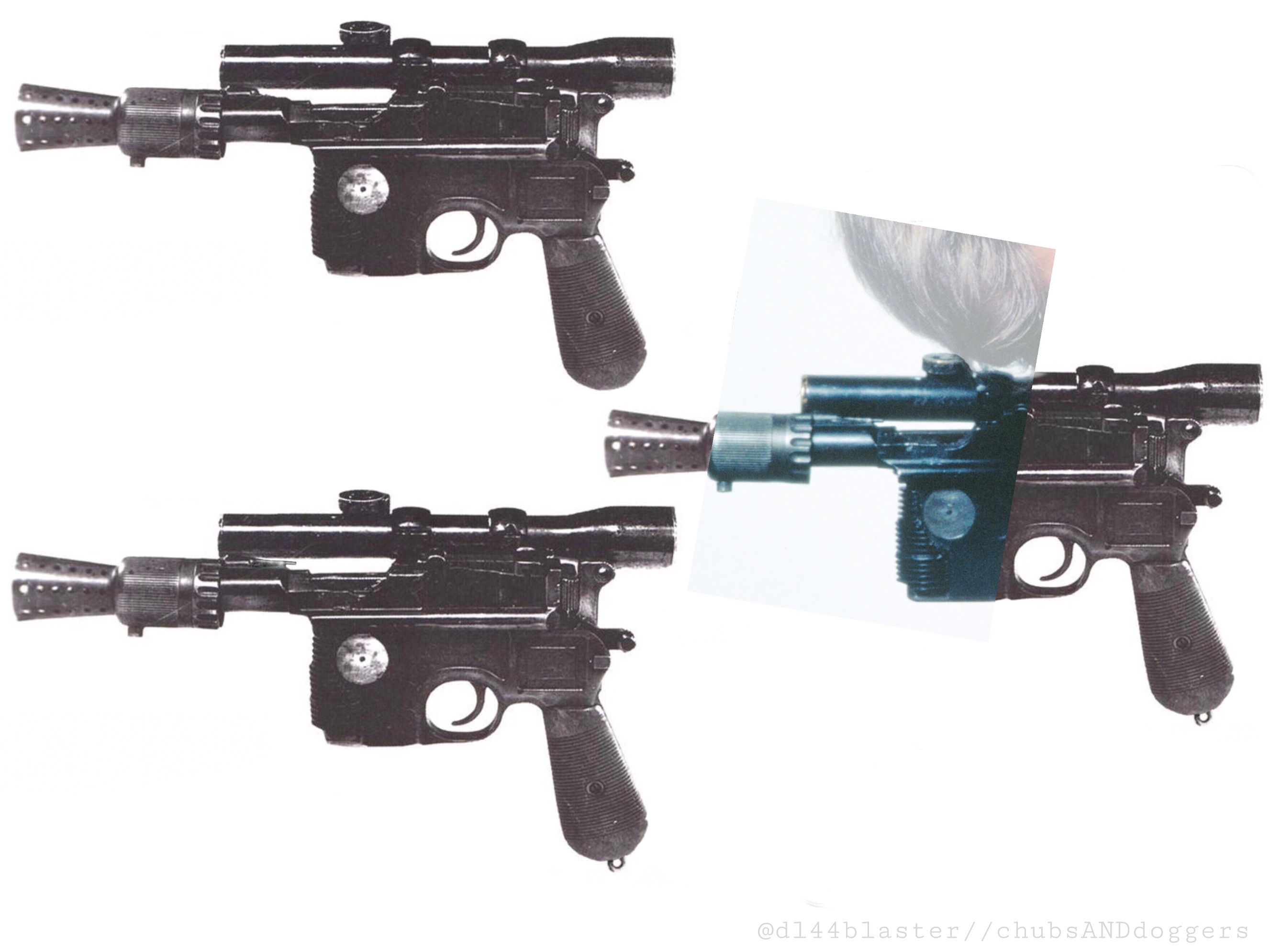 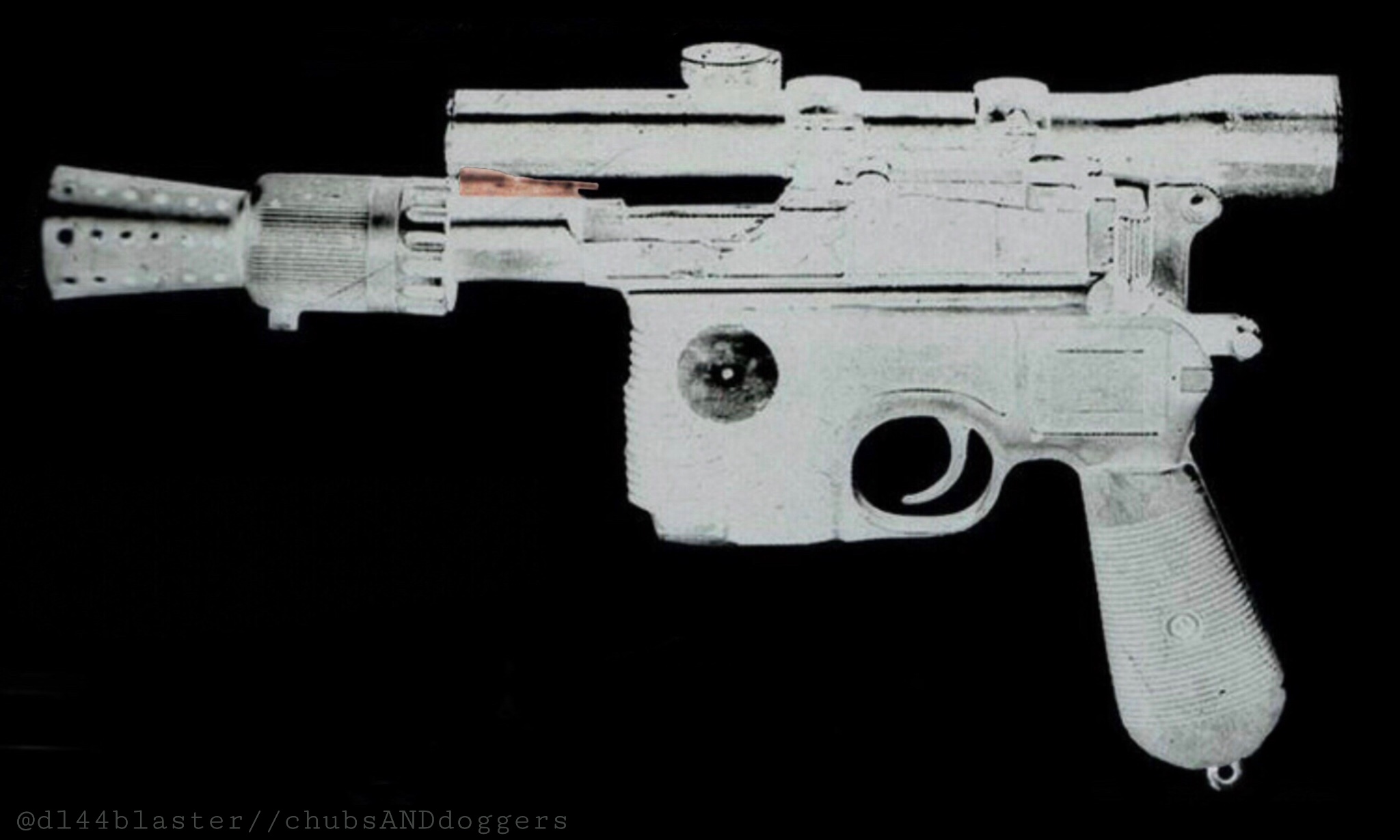 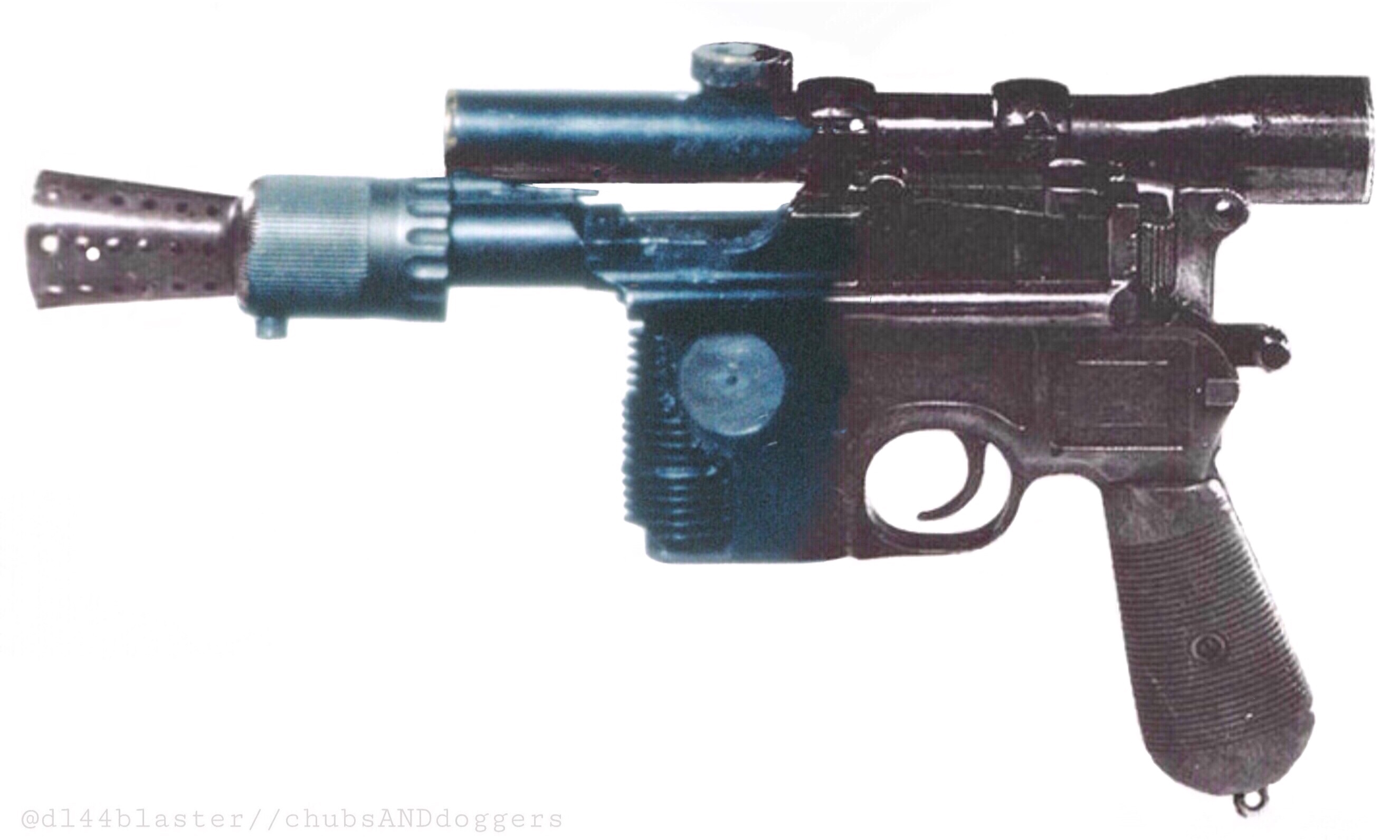 chubsANDdoggers said:
I for sure will. Might have to do it outside of shapeways only because they have minimum sizing for prints and these are very small. Shapeways probably won’t approve it for sale because of that. But I’m looking at other companies anyhow to print my parts. I didn’t use shapeways for these print for example but they are still printed on a MJF printer and came out really nice..
Click to expand...

Question: I see that you printed yours in plastic and painted it to resemble steel, but have you considered having the part printed in metal?

Gregatron said:
Question: I see that you printed yours in plastic and painted it to resemble steel, but have you considered having the part printed in metal?
Click to expand...

I have actually in printed in metal. Steel in-fact but it can be expensive and it’s also really hard tap. It’s a little overrated. The extra weight metal adds (-1lb in most builds) isn’t as important to me personally as it is to others obviously. To each their own, but yes I have printed in metal.. 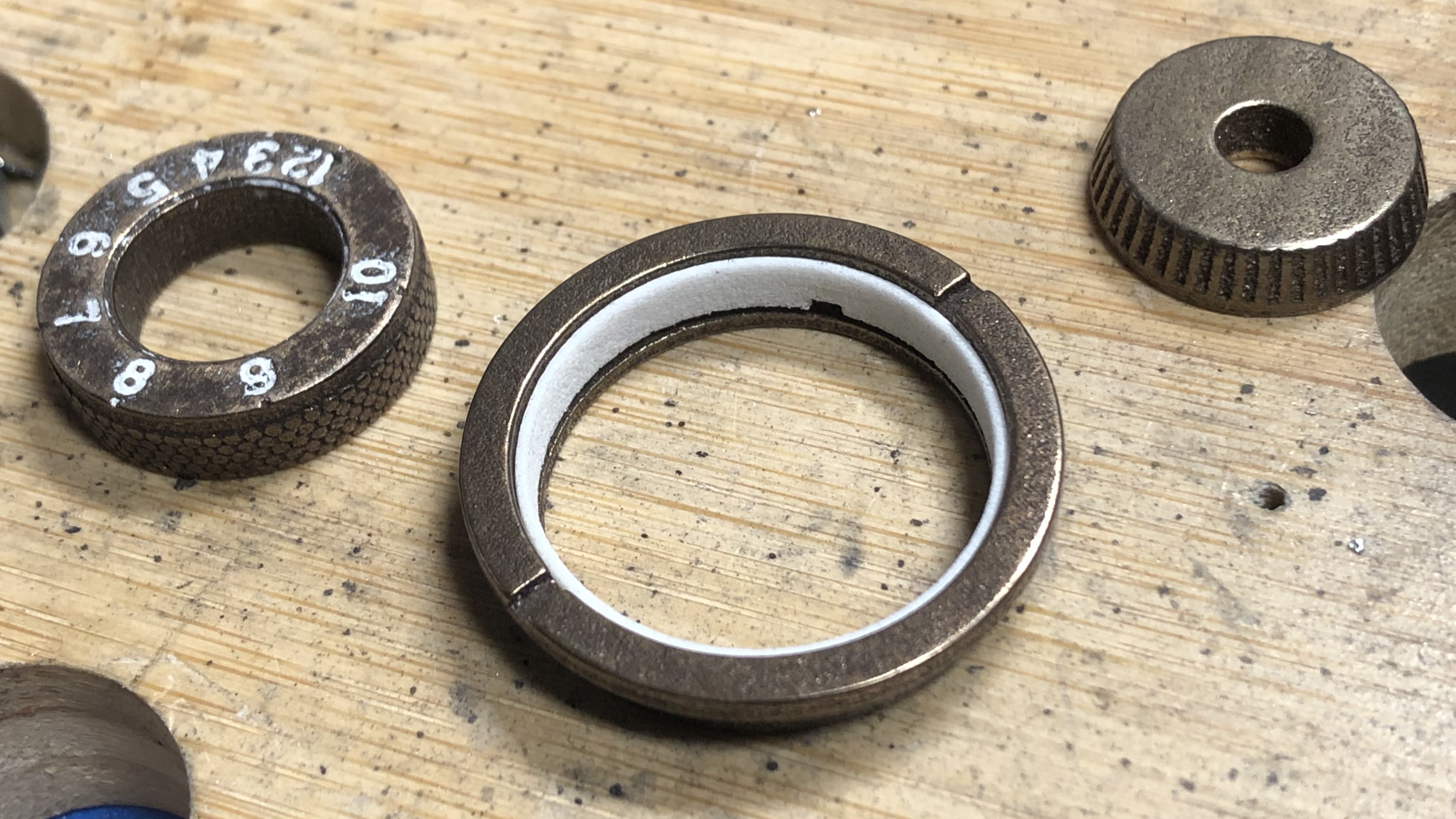 If and when your rear locking assemble for the Denix is ready, steel is what I’d be printing it in.

Gregatron said:
If and when your rear locking assemble for the Denix is ready, steel is what I’d be printing it in.
Click to expand...

I’m pretty sure that won’t be able to print in metal honestly. I’d be really surprised if it could. It probably wouldn’t even pass shapeways inspection process. The details on that are very small and specific. It would be impossible to even machine. It will only work with materials in which you can manipulate id think.
G

Do you happen to have this full blaster picture to share by any chance? I’ve seen it before but only ever in this close up that you posted above. I noticed it’s a higher resolution than the one I was able to find? I understand some don’t like to share this kind of info so no hard feeling if not. Just thought I’d ask.. 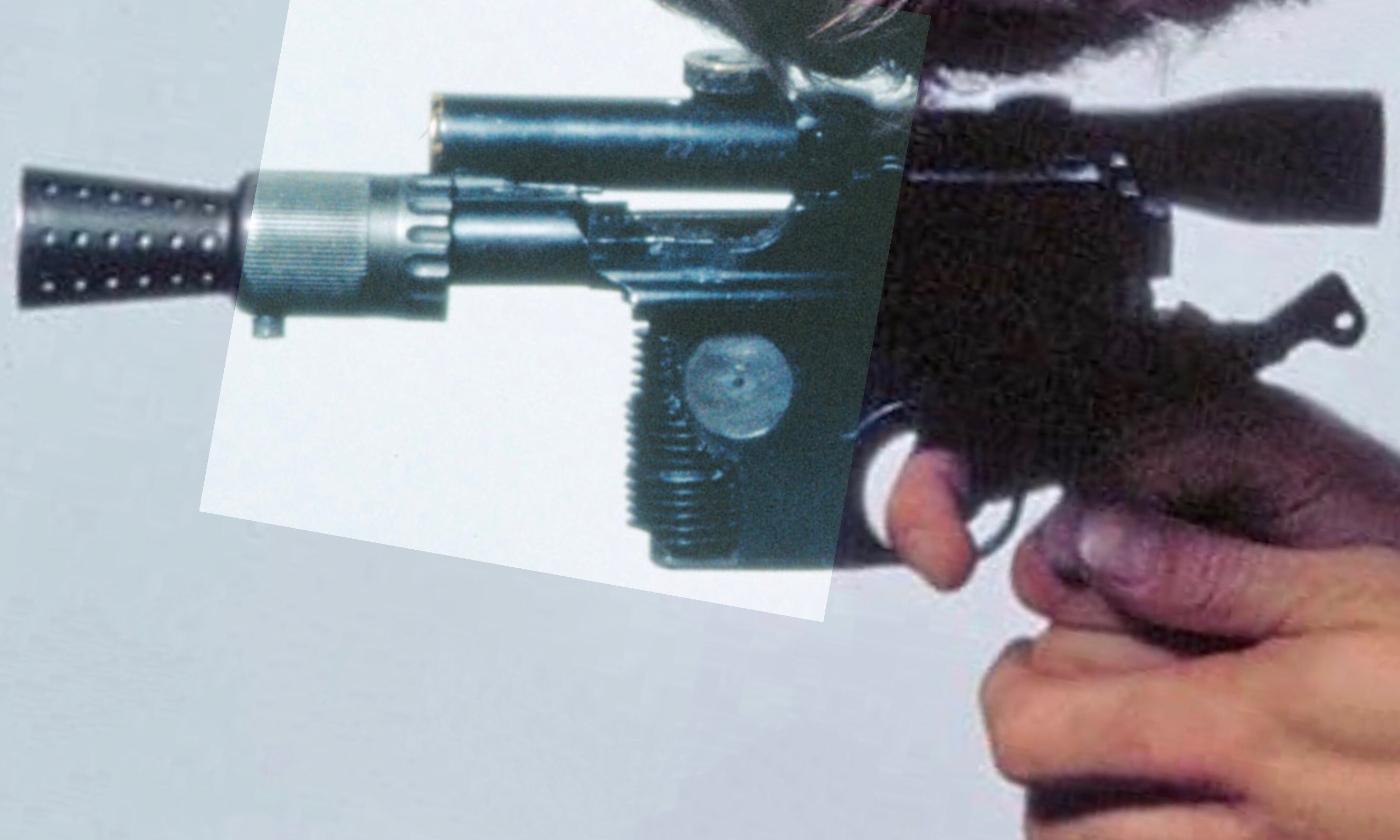 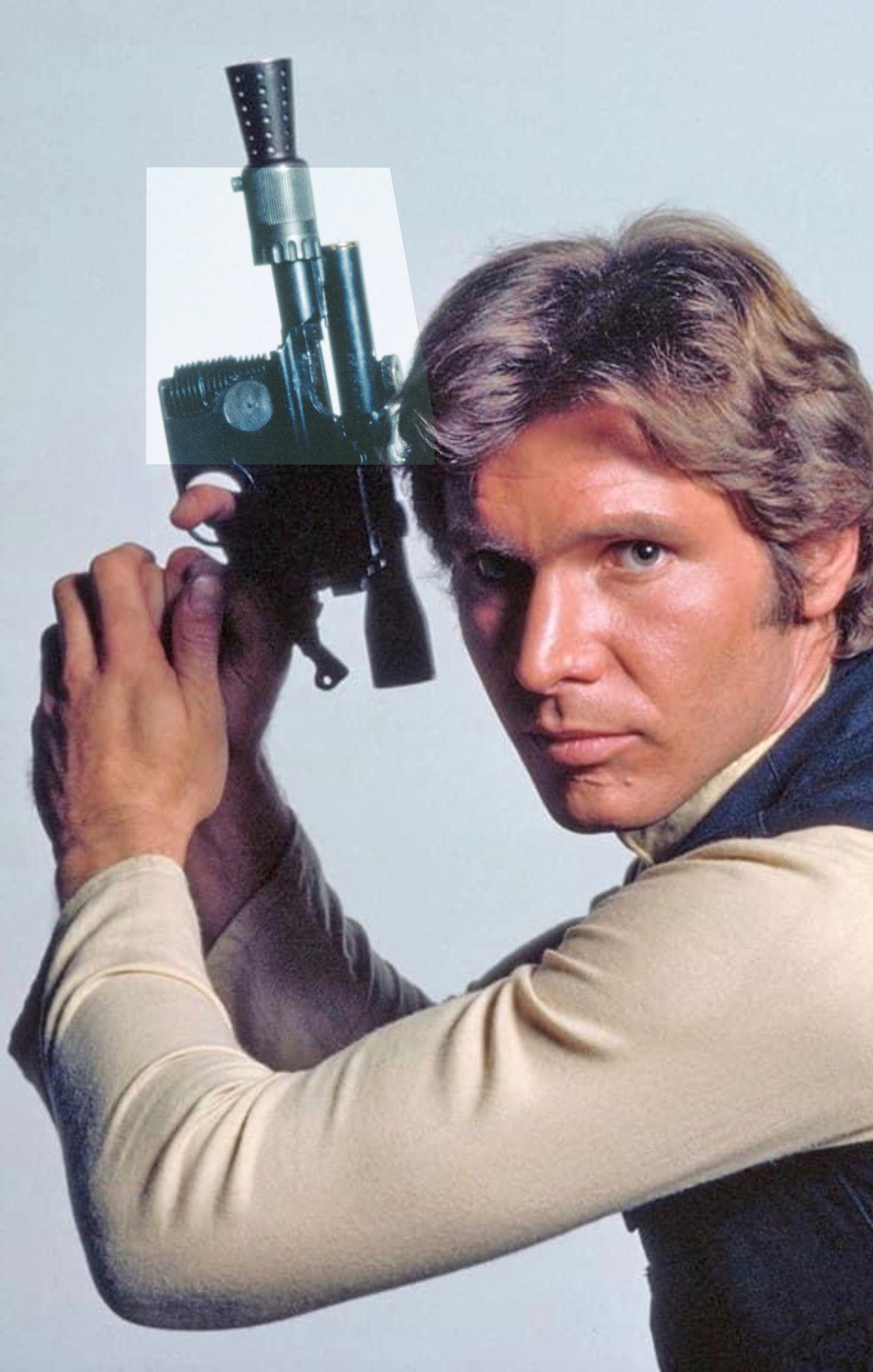 Better images have never been posted here as far as I know.

Here is the way I figure the front sight was likely made and looked before parts started to fall off. 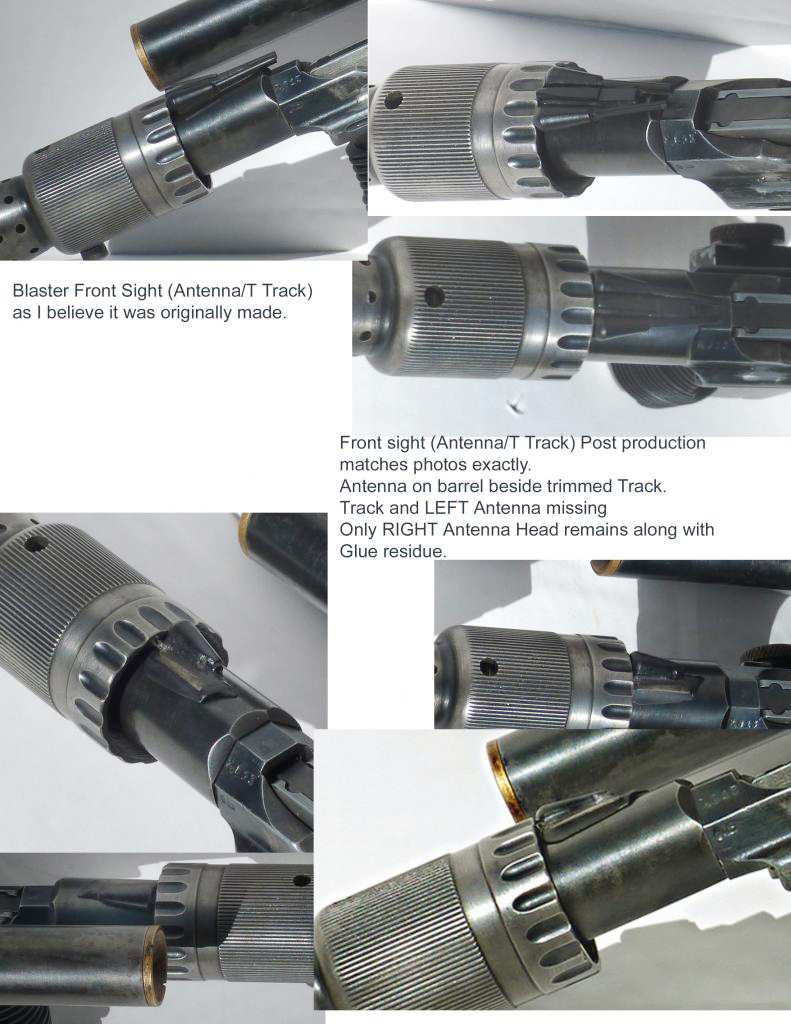 RPF PREMIUM MEMBER
kpax what t track are you using in the above picture? Did you shave down the bottom at all? I ask because the t tracks I have are from Todds. The ones he sells are very thick on the bottom. Not to say his are inaccurate but I personally do think they are to thick compared to the ones on the actual hero prop itself. There doesn't seem to be much of a base from what I can see and by the looks of it your build is similar to that as well. But I am really starting to lean in with what deadbolt pointed out about the one left antenna greeblie. I do think its (or it was) intact after filming wrapped? Its just possibly edited out of that famous Chronicles picture..

The T track I used was the ones made by Dave at DEC. They were modeled by Deadbolt. They has the correct profile and size IMO.
This was confirmed when Deadbolt discovered, after 40 odd years the TomTitt parts and we were able to check those original parts with the 3d models and found them to be VERY accurate. This confirmed the scaling he used to model the other parts as well.

After many attempts to try to get the same look using the T track and antenna as prior builds where the antenna are placed on top of the T track base, I found it never looked right or fit right. Looking at the MerrSon versions it seemed the antenna were laying on the barrel directly and when I tried this it all lined up perfectly.

I shaved the sides off the Track and only used the center vertical part for my build with the antenna on either side resting on the barrel. This way the height above the FH and barrel all make sense and line up perfectly. Deadbolt confirmed this in 3d as well.
I decided to cut the track at an angle like a traditional front sight because no images show it being left square.

The images you posted of Han show a sight with either one or both antenna intact with the "long" rod/post. Likely prior to any firing test.

The outdoor images of Han test firing the blaster show the left antenna missing with the right intact. My guess is that after the first shot the part flew off never to be seen again.

The post production images below show only the right antenna "head" being intact and the rest of the material there is glue residue IMO.

I replicated all the optional versions and can swap it out if needed but keep the post production look as it is the last handled version.

The "shape" of the glue impression can be seen if you look close. Imagine a hard glue filling the space under the antenna head and rod. Remove the antenna and you have a negative impression f the space. It seems to fit the model IMO. 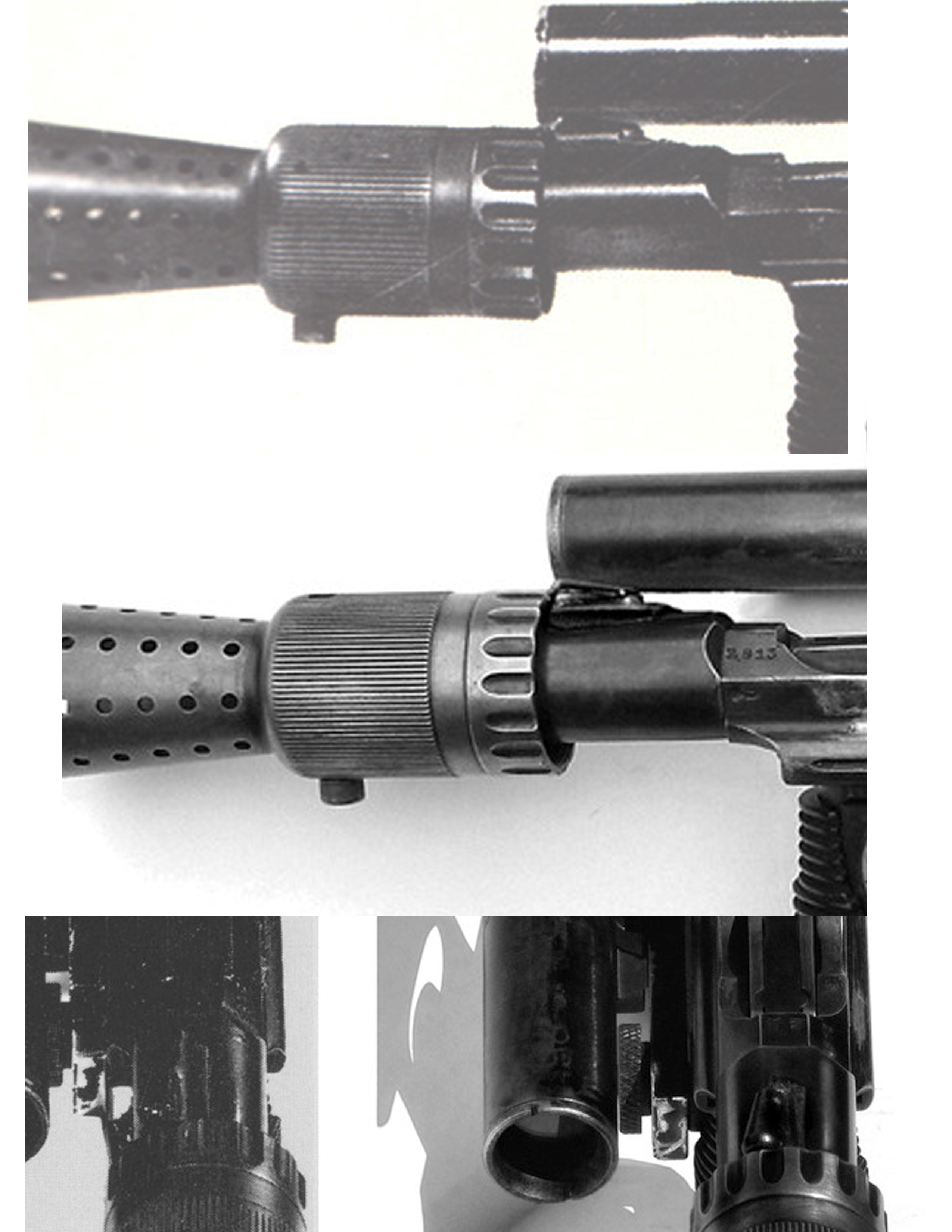 RPF PREMIUM MEMBER
Lol my bad. I should have said ”the one antenna greeblie left”

I see what you are saying and I wouldn’t argue against it. I really like how you just glue the greeblie on without much of a t track. That lines up really well. It’s just so tough to see exactly what is in this pic. Obviously a clean look does exists somewhere under lock and key. Of those 3 Chronicles photos.. we have one hi res pic already (I believe thanks to scottjua but I could be wrong) but hopefully one day the rest will come to light. But then I guess where will the fun be once we have all the answers? 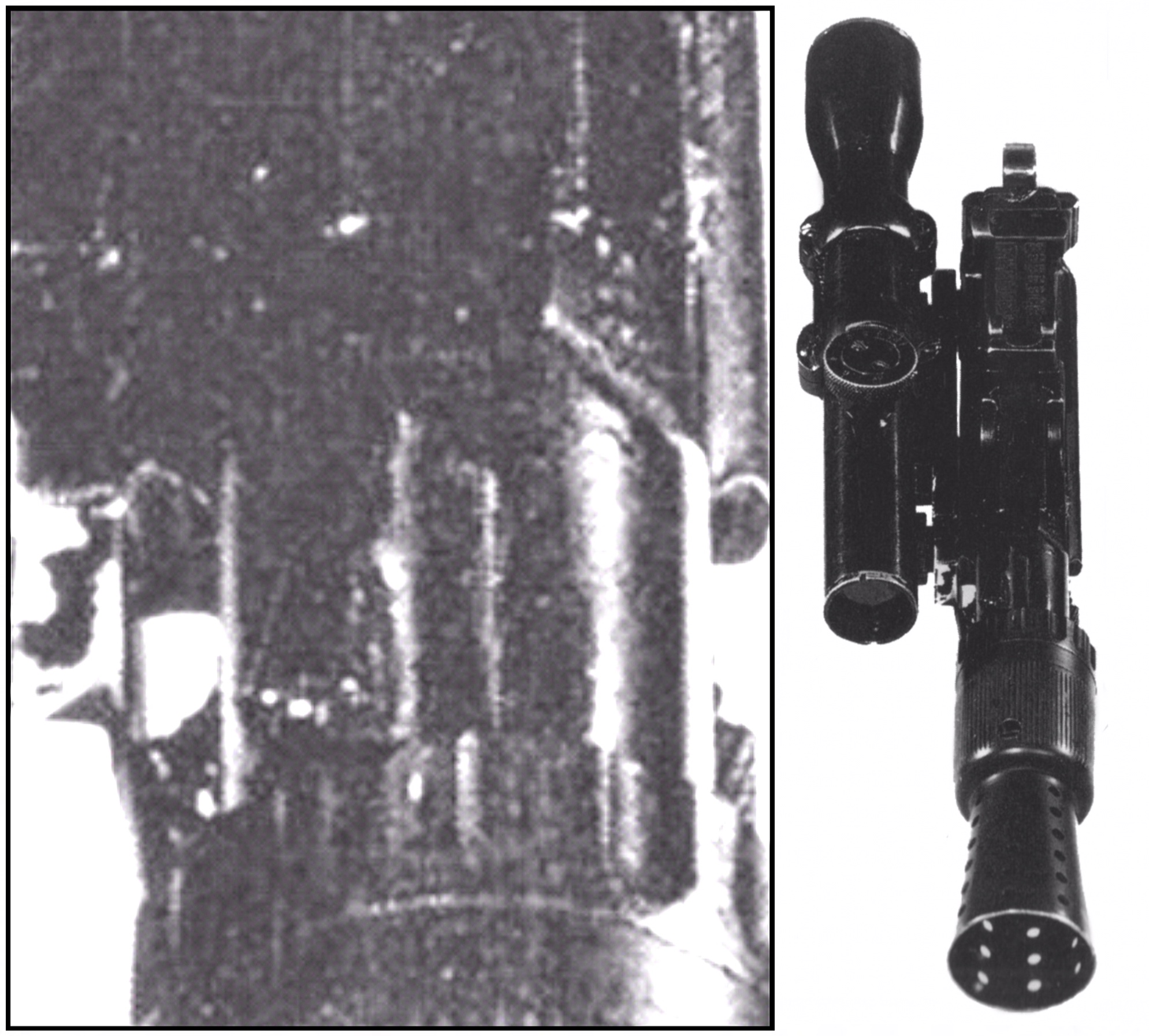 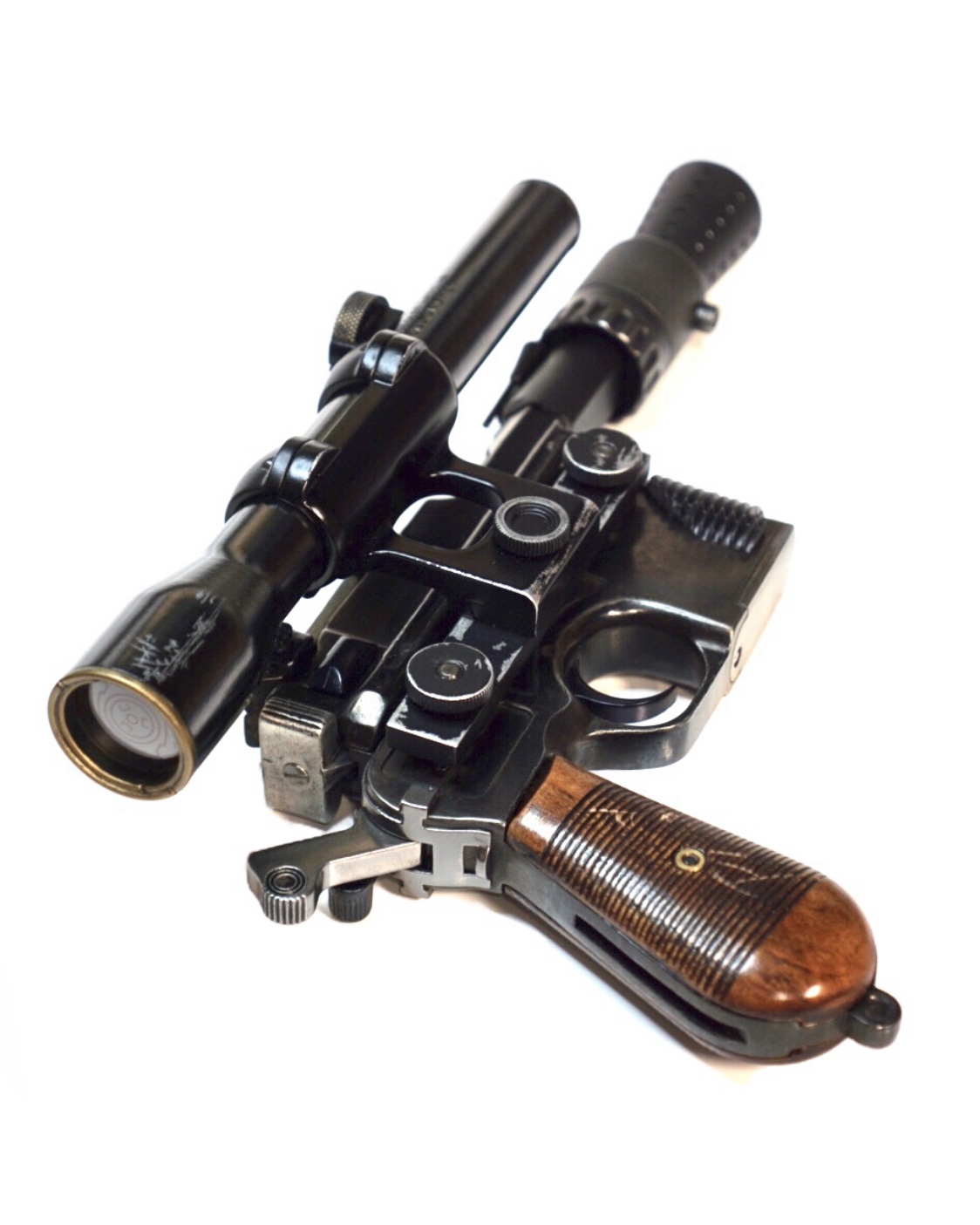 Ok so where DOES Someone GET the "T-Track and Antenna" Sight? Or Make One?

RPF PREMIUM MEMBER
Finished it up. Pretty happy with how it turned out honestly. This Denix hero build has 21 mods done to it and its built using my own kit along with parts from Reade models. I wont flood this page with pics but I did put up a bunch up on my own thread if anyone wants to check it out.. 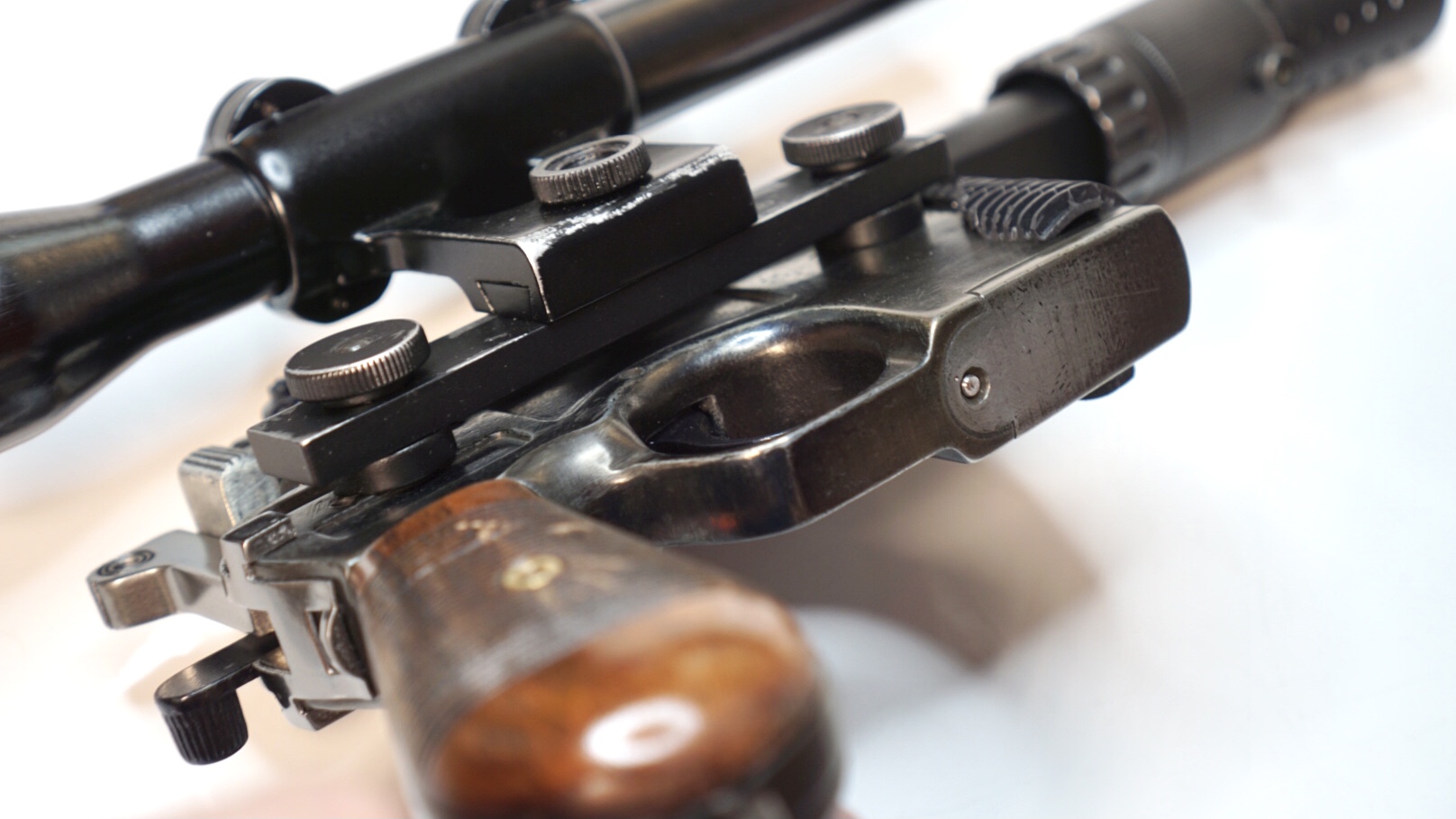 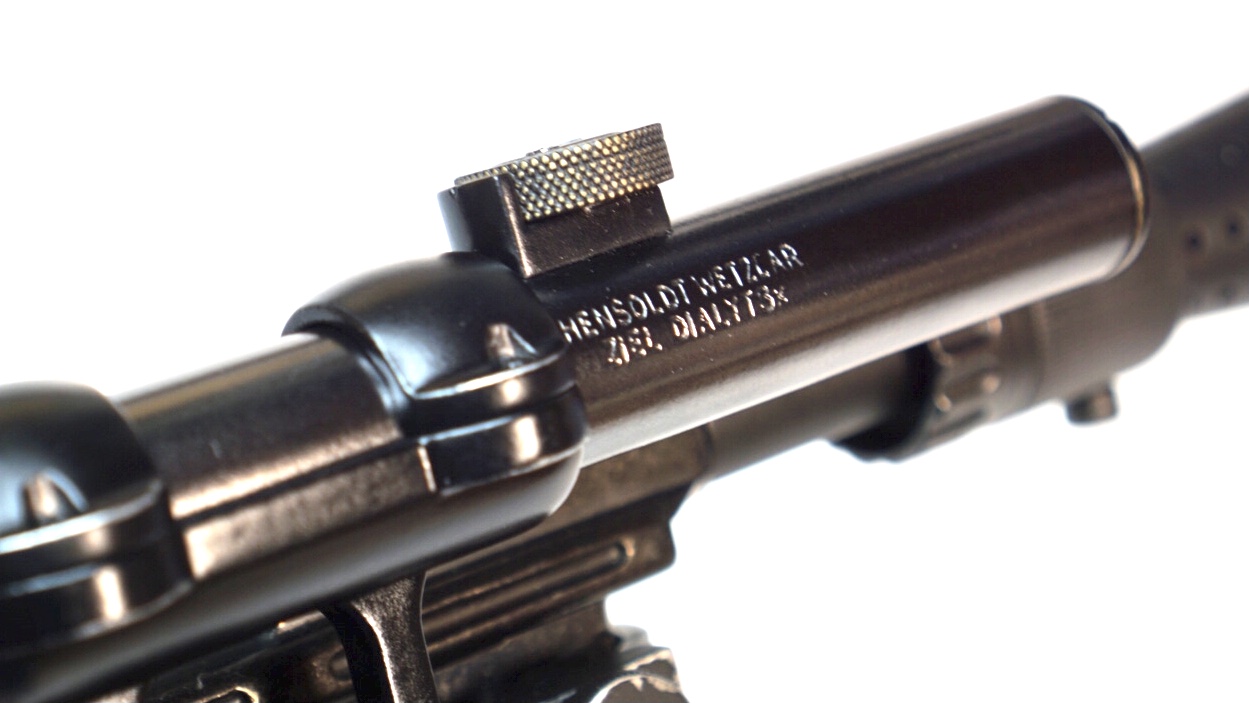 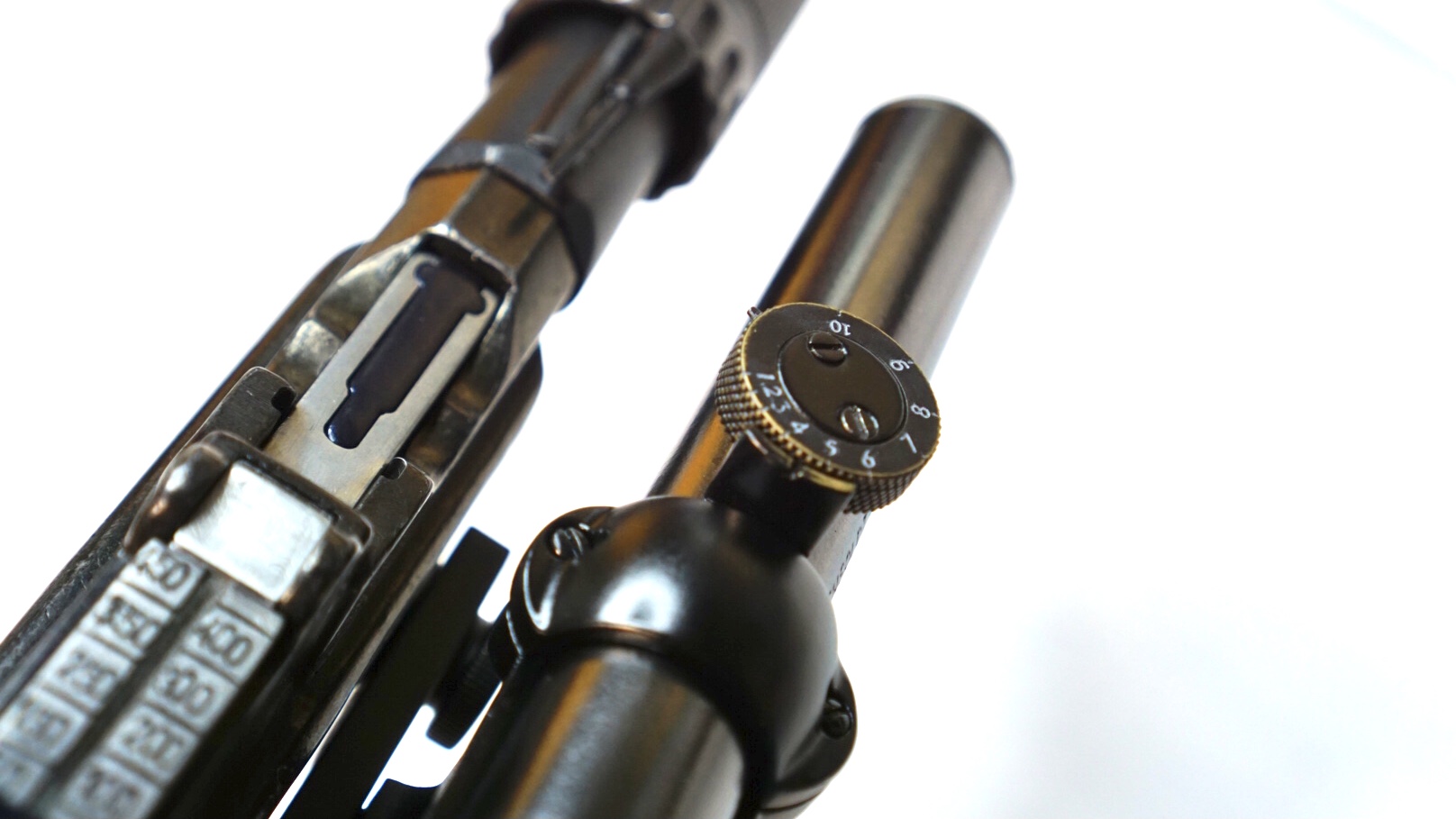 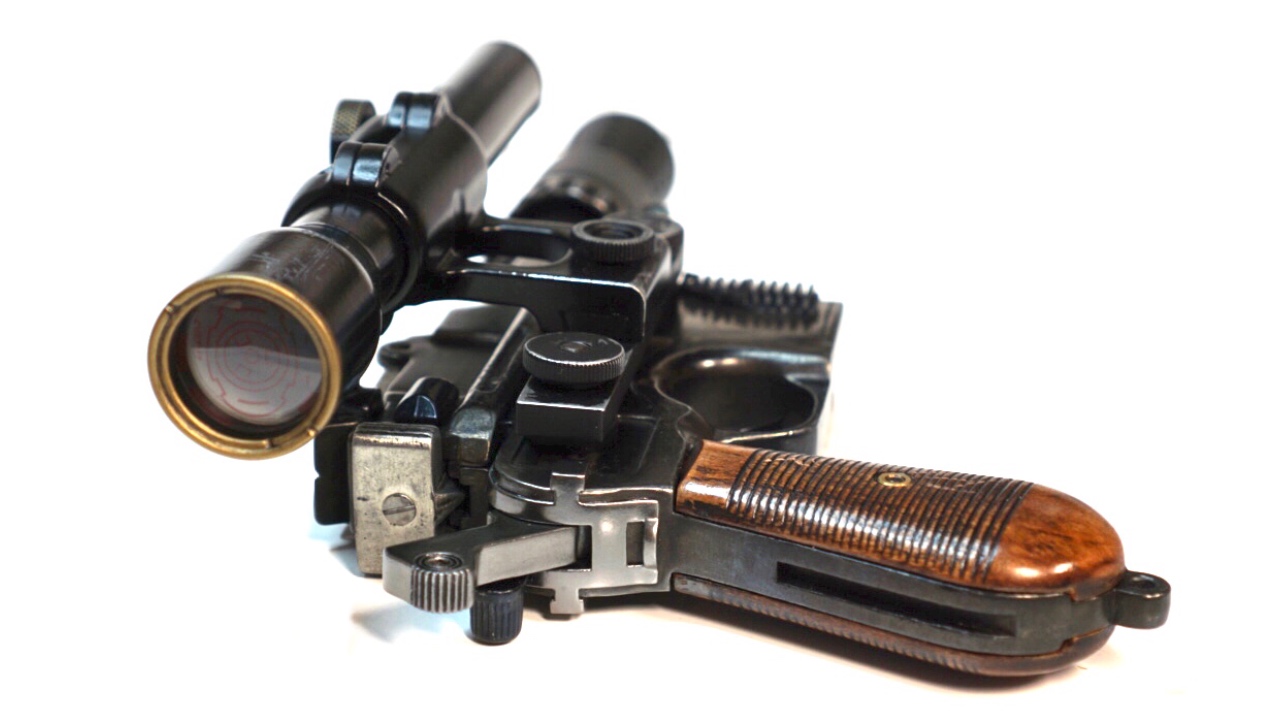 chubsANDdoggers said:
Finished it up. Pretty happy with how it turned out honestly. This Denix hero build has 21 mods done to it and its built using my own kit along with parts from Reade models. I wont flood this page with pics but I did put up a bunch up on my own thread if anyone wants to check it out..

That thing really DOES Look like it could take out Storm Troopers or Gundarks?!

What C3PO greeblies are this?

Thursday at 3:22 AM
Tan Djarka