Hello, has anyone tried combining an Alexa Dot into a TOS Desktop communicator. I realise that the dot is way to big, the diameter is almost the same as the external dimensions of the communicator. I'm wondering if it is practical to cut a hole/slot in my bench top big enough to embed the Alexa Dot, sticking up as much as possible into the bottom of the desktop communicator prop, which might need to be enlarged by maybe 5%, and maybe making some kind of shield and foil (as a mirror) to direct the Dots light effect through to the white light on the side. I notice that the input name for all Alexa devices can be changed to 'Computer' and the voice is fairly convincing. Has anyone tried doing this? Any thoughts?

I've also looked at the Input model, that is used with your own speaker unit, but that just means either keeping my big PC speakers powered on all the time, or finding perhaps a small speaker unit that can be mounted under the bench. Seems like extra work to me! 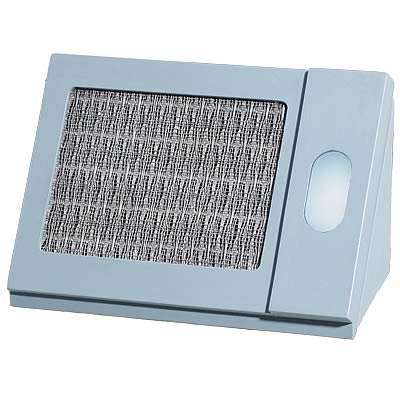 RPF PREMIUM MEMBER
You could use something like a Raspberry Pi. I've seen tutorials floating around to make your own Echo out of one. Not sure if the Pi Zero would work. I think it should be small enough. Then you'd have full control of what LEDs and stuff to use to make it as accurate as you want vs just using an Echo. But it might end up costing more after parts/time and effort in the end.
Or maybe the Echo Flex is small enough. But then you'd have to worry about how to plug it in since its just a wallwart style Alexa device.
Love the idea. Cannot wait to see what comes from it!

thanks, I'll give your ideas some thought.

Hey guys, I've taken the plunge with this project. I've settled on a gen2 Alexa Dot, and although it doesn't fit inside I've decided to cut a hole in the main case of the intercom unit just big enough to slot the Dot in and I'm currently 3D printing that.

Another mod. for this project is the speaker fabric. Properly I should be using period Fender guitar amp fabric, but it's not cheap, and postage to Thailand is ridiculous at the moment, and too many things are disappearing in transit, so I've decided on an alternative until I can get the proper stuff. The cover pouch for my eLoop powerbank is a rather nice fabric with varying tones of grey, so I took a deep breath, and cut it up to make the speaker fabric. I used my wife's sliver glitter pen to mark out the lines. It's not perfect, but it isn't half bad, so I'm happy with it for now. 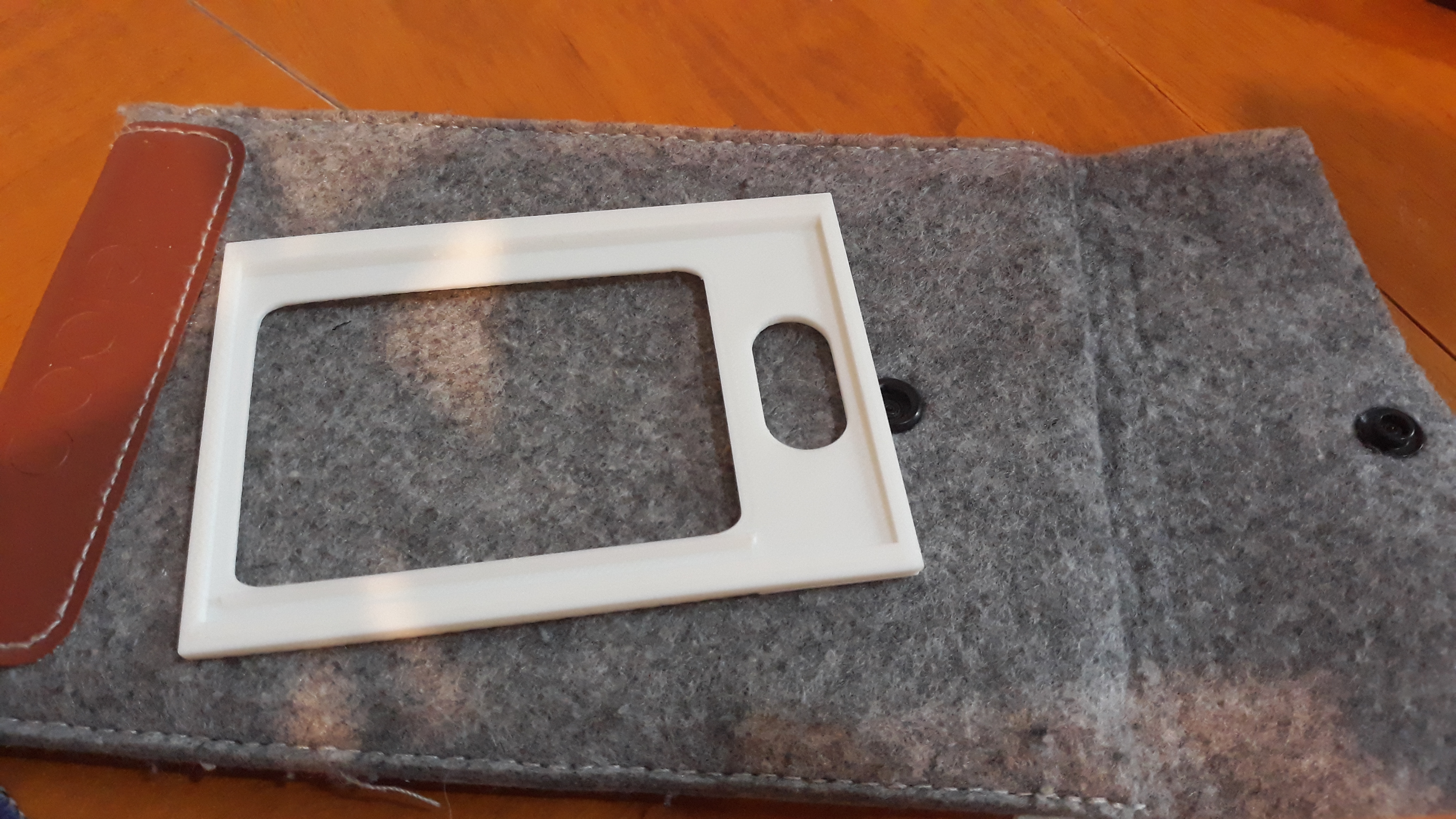 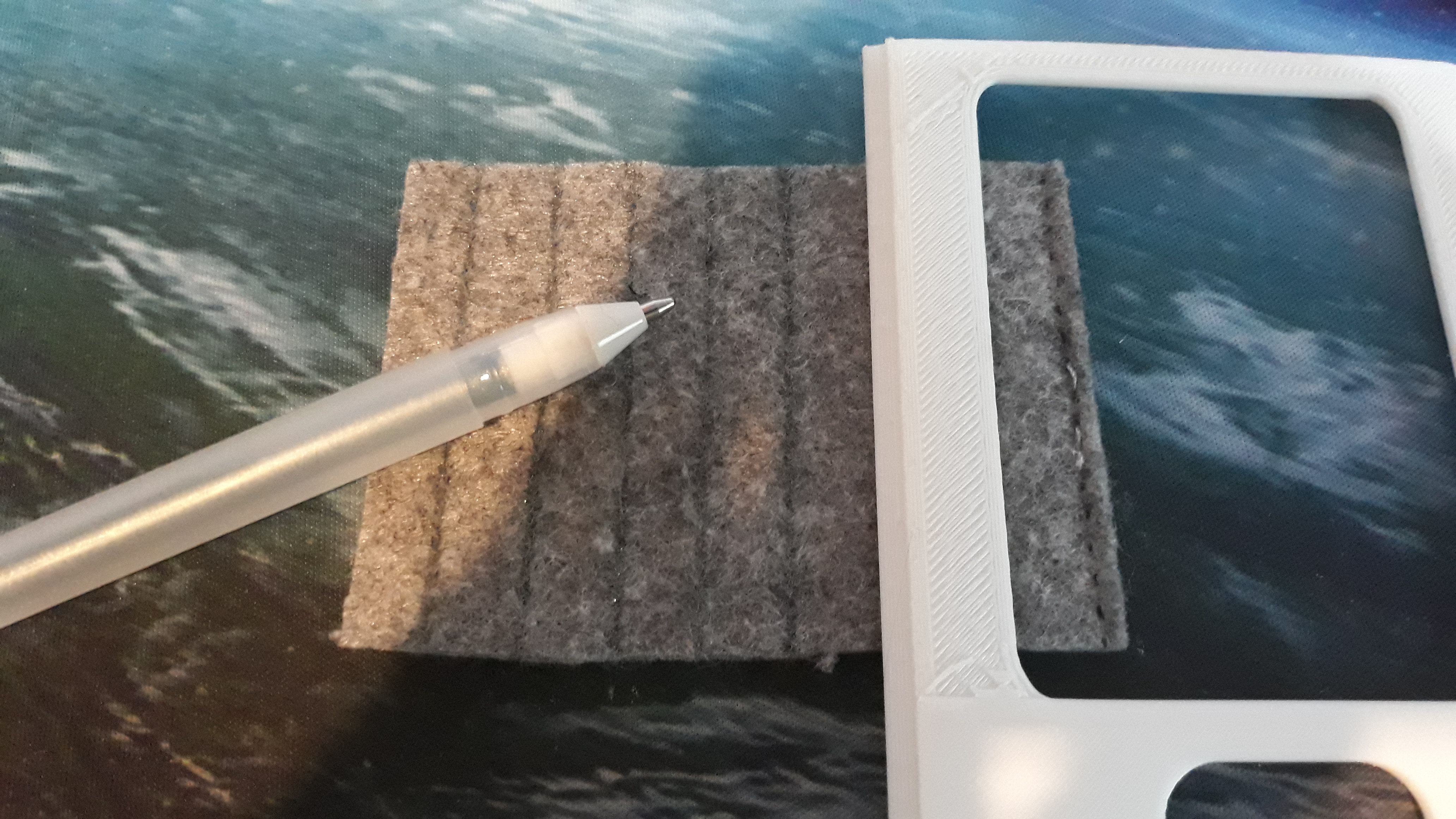 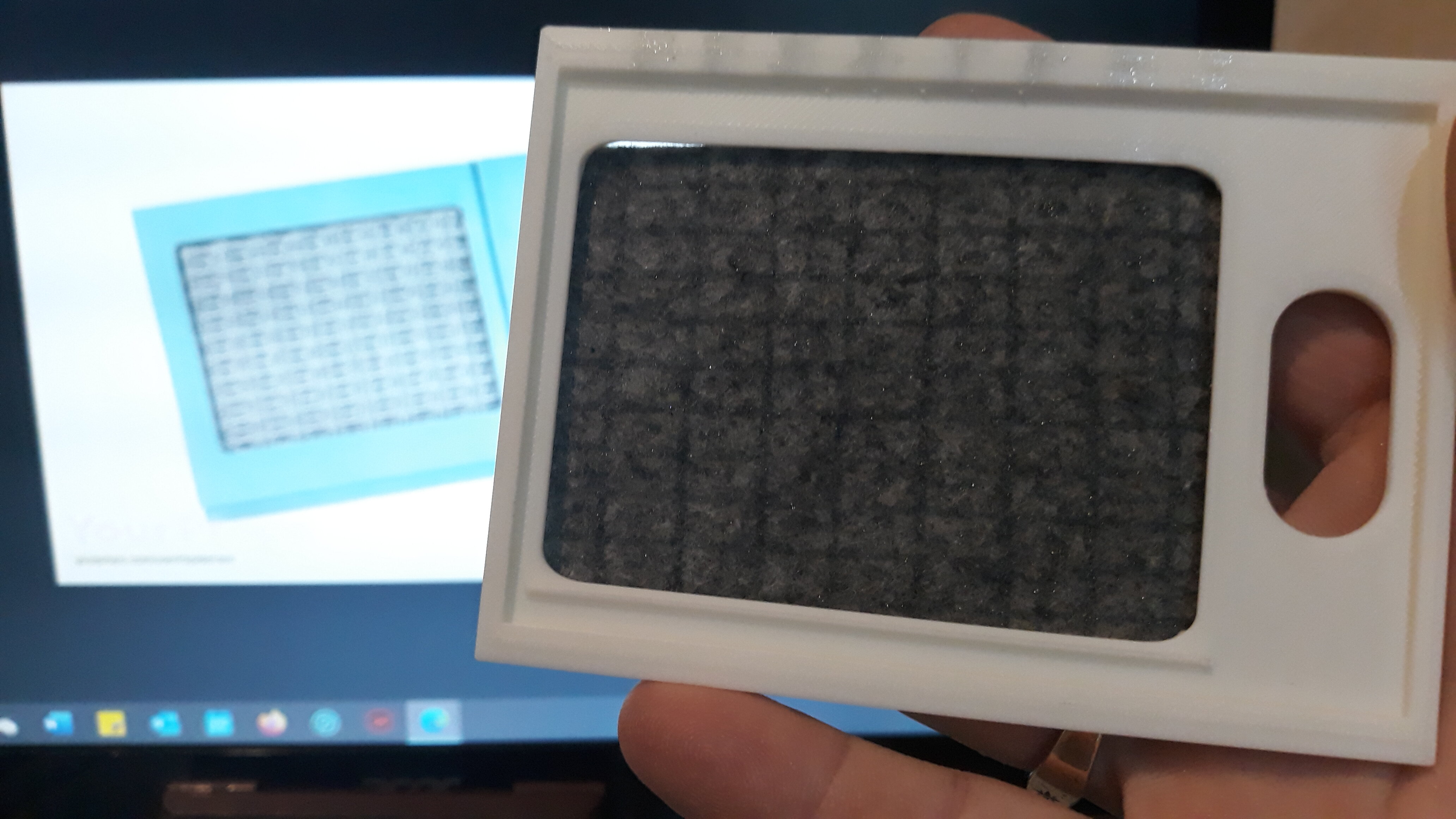 I'll make a cover out of stiff foamboard over the back of the Dot 2 when it's all test-fitted to cover it up, and I'll have to cut a recess into my desktop to fit the lower curvature of the Dot 2, but overall it should work well. The unit will be located so that the enlarged rear will not be very noticeable.

I'll update again when all is done. I'm hoping that the ring of LEDs around the perimeter of the front of the Dot2 will be bright enough to show through the thing light cover insert on the righthand side.

The digital integration of this project though is well ahead. Using AssistantComputerControl and IFTTT voice activated shutdown of the workstation is working well. I've got a routine in Amazon Alexa that shutsdown the PC and switches off the smart home switch into which the two monitors and the speakers are connected. Voice activated startup though was a hole different kettle of fish. ACC and IFTTT require Dropbox or Google Drive to work, so obviously the PC has to be running. This is no good for starting up. So, I employed another smarthome switch, an Arduino, a servo and a momentary push button switch, and I've got the whole workstation booting up by voice activation! I'll do a full tutorial video on this as soon as I'm confident everything is working well.

TSpawn said:
You could use something like a Raspberry Pi. I've seen tutorials floating around to make your own Echo out of one. Not sure if the Pi Zero would work.
Click to expand...

It apparently does run on a Pi Zero W. I don't know how well but others have done it.

here's how it looks now, with correct fabric, and ready to be embedded into my desktop (a recess needs to be cut to accept the protruding Alexa Dot so that the whole thing sits correctly on my desk) 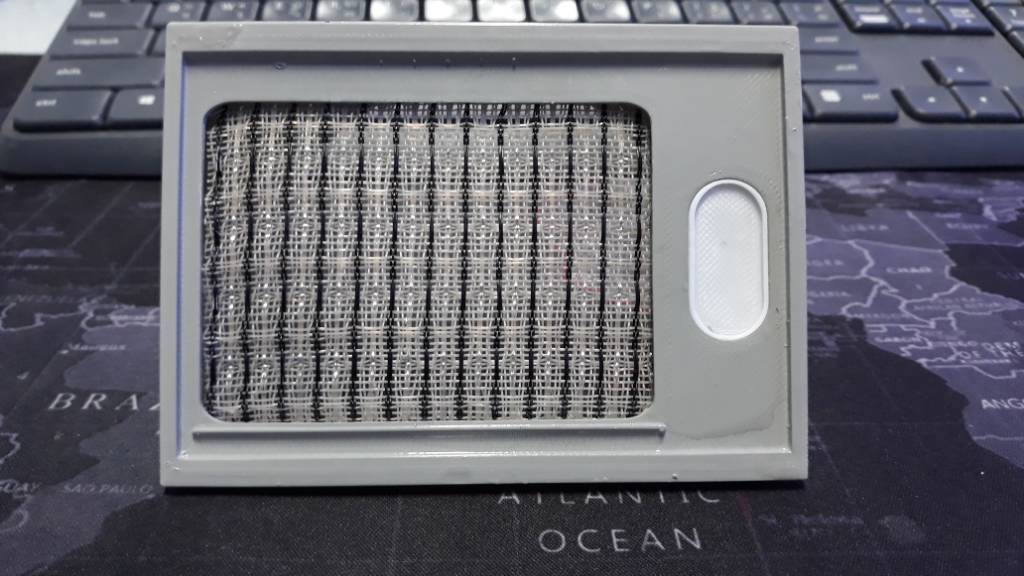 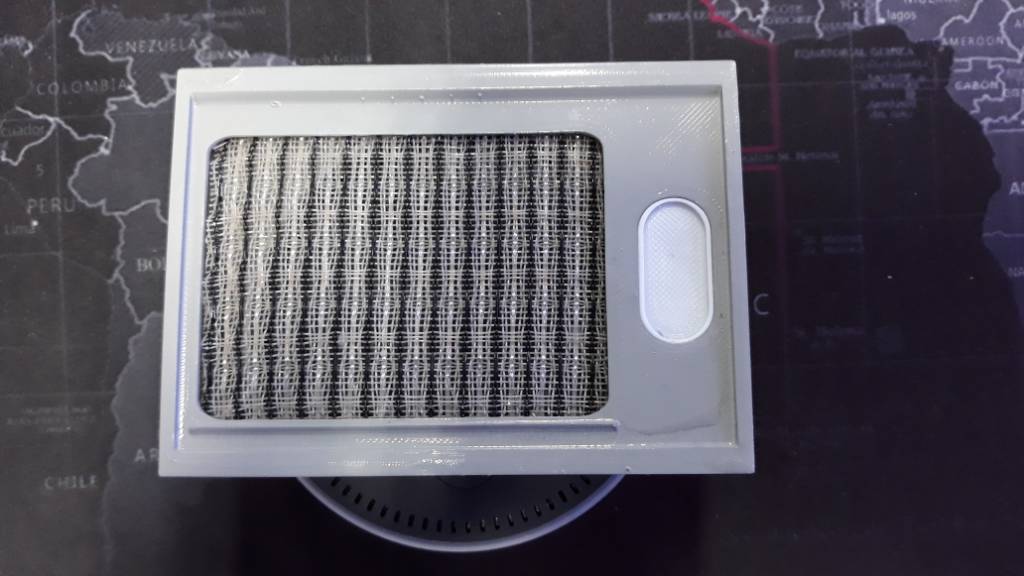 Today at 6:57 AM
Pilum Murialis