eethan said:
yes, the 800 should be the same ink, they just have a larger tip. I just checked as well, the orange exists even in the 500 series, it's just not sold by amazon in France so I couldn't order it.
and there is not that much of a gradient, it's pretty much a bit darker just next to the base, maybe just insisting a bit more in that area would make it darker enough. If you don't want something as weathered as the original, i would recommend the aribrush tough as it will be pretty hard to get something nicelly uniform with the markers, especially if you want to try to have a bit of a darker base.
cheers
Click to expand...

Sorry, I meant the 500 series. I'm guessing the only difference is the applicator tip.

RPF PREMIUM MEMBER
yes, if there is written "permanent marker" on it, you're good on the others, it's written "paint marker" or "acrylic", those I guess will have a thicker paint when applied and should not look good.

the yellow works very well indeed for the blue, I think the refill bottle with an airbrush should work better. I'm going to try it today and I hope I can manage, I'm really no paint expert...
cheers

RPF PREMIUM MEMBER
Hey guys,
so, I tested the yellow marker on the flame thrower. well, I'm actually pretty pleased with the result and considering using that on my ZF-1. the only thing is that it's not possible to get as red at the base or as much of a gradient. It's easy to do that blotchy finish and it's easy to get some orange, but not uniform red or nice gradients. when you go twice over a surface, the ink tends to go darker in the contour but not in the middle of the shape you are drawing.

so, it's actually very hard to capture the colors with the camera, so I did my best with several cameras and next to the other parts of the ZF-1 to try to show the best I could.
It's very much of an artsy experiment, so everyone will probably get a different result, but it looks promising I think just airbrusing a bit of red at the base I think would be nice 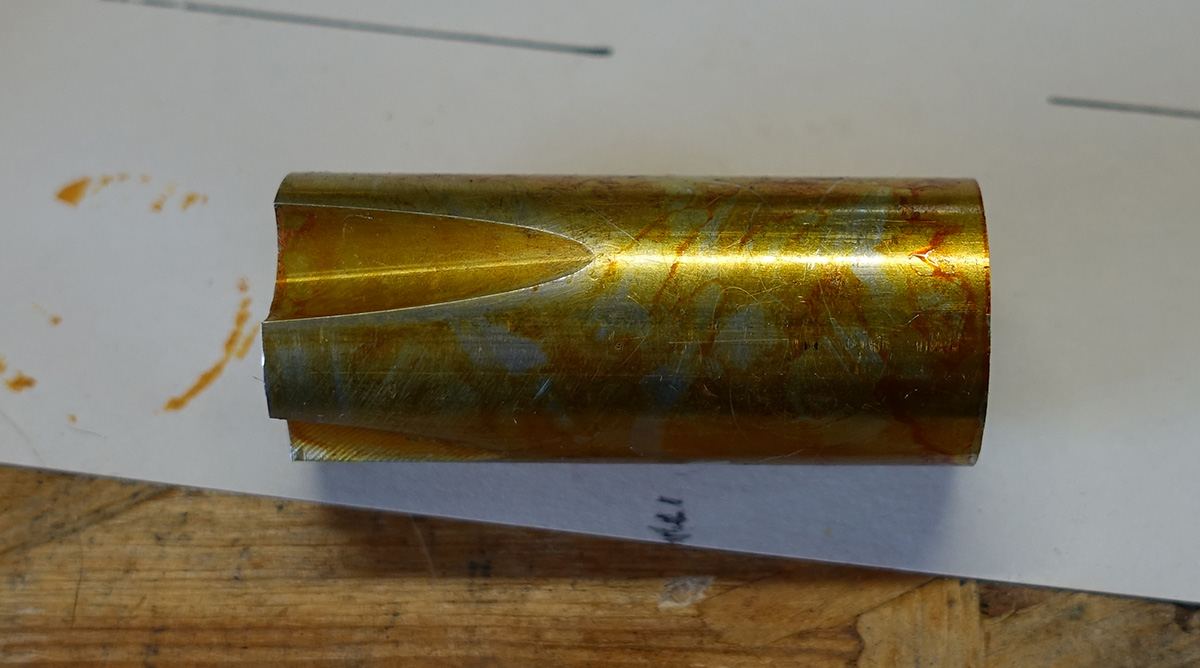 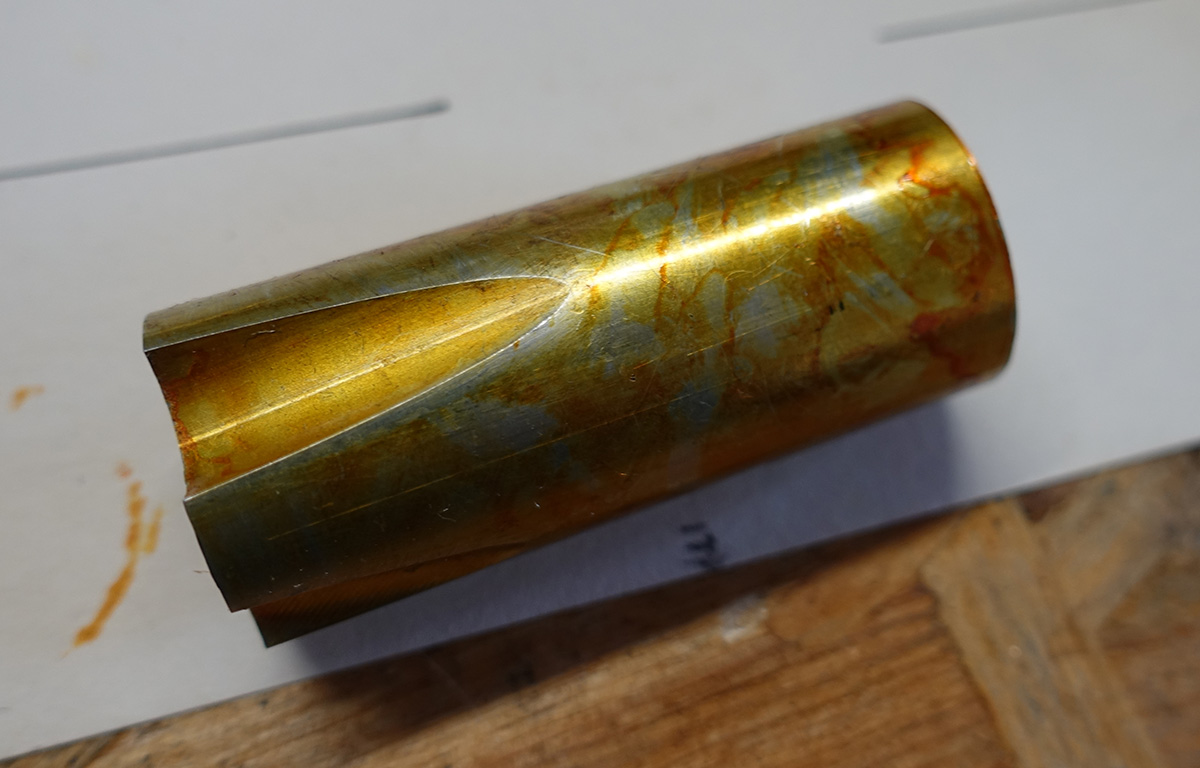 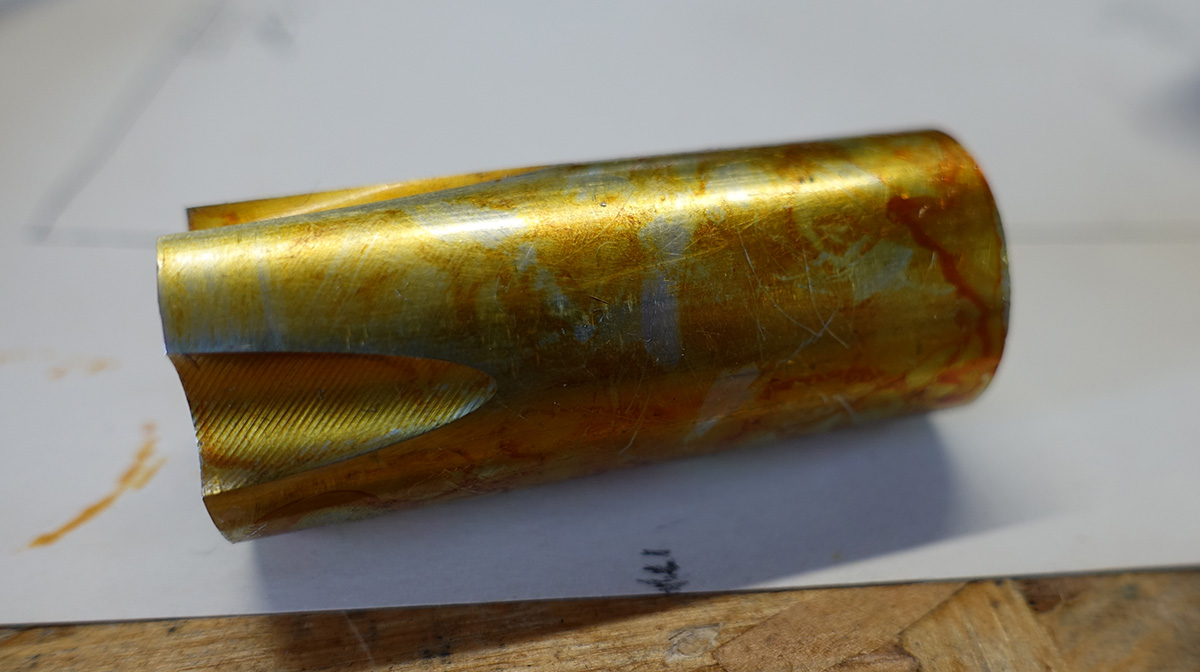 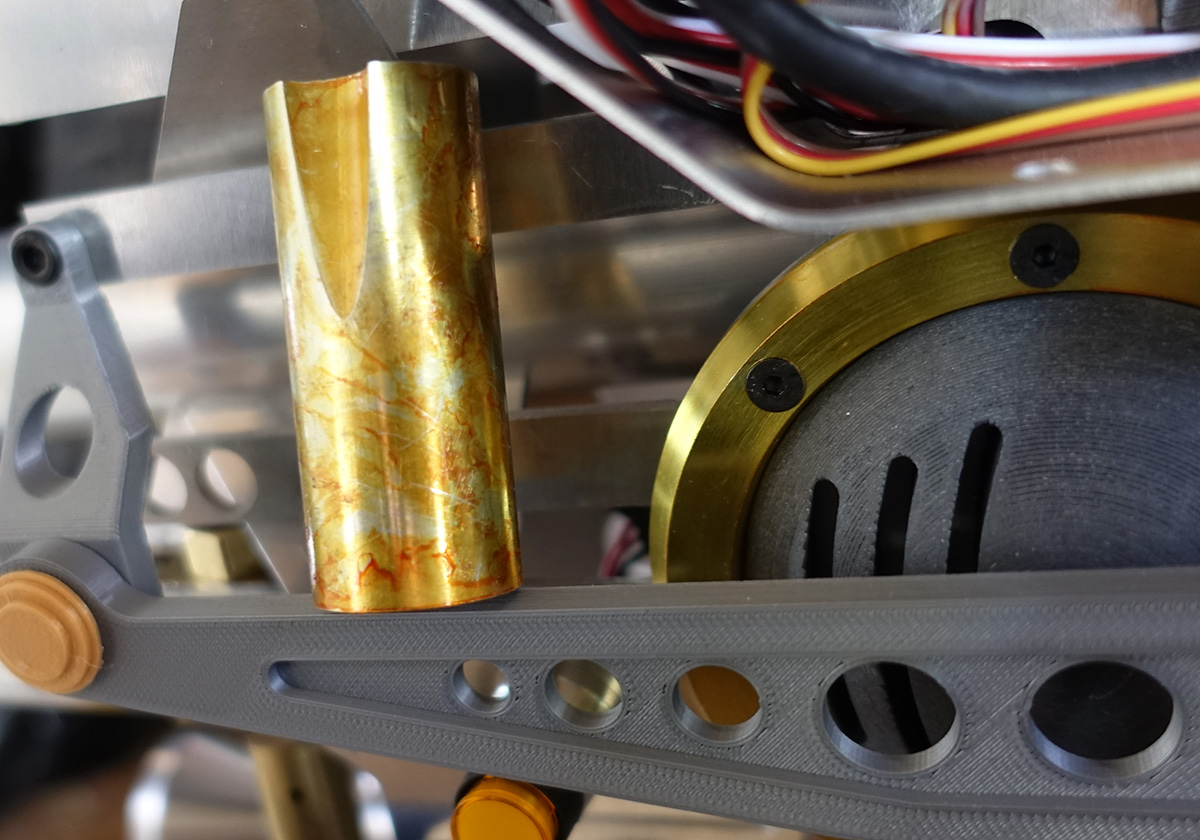 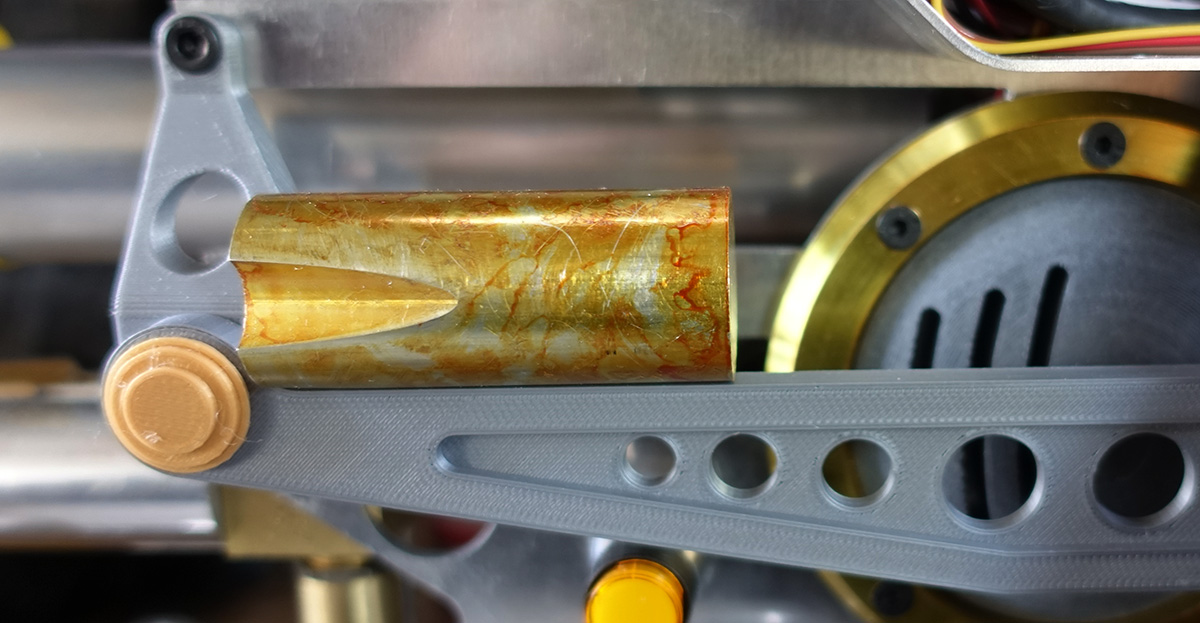 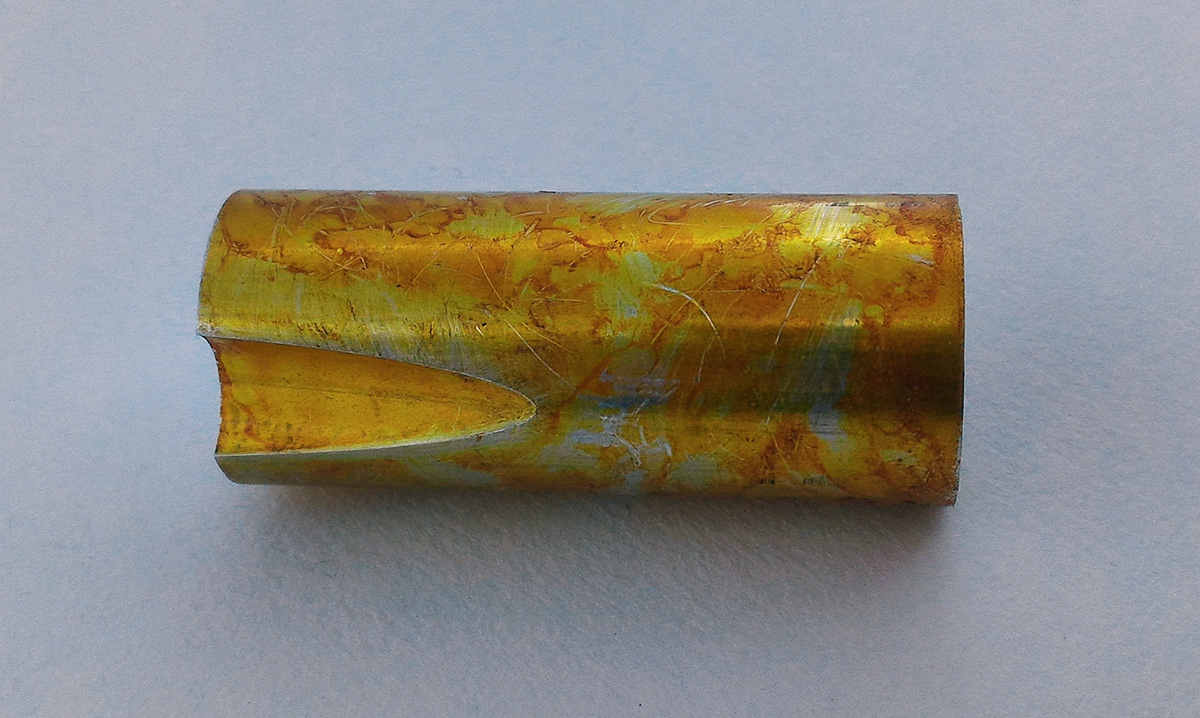 Now that is the type of paint job I am good at!

RPF PREMIUM MEMBER
Well, I'm not sure anymore about the yellow marker for the flame thrower as I was a bit focused on that ref while doing it: 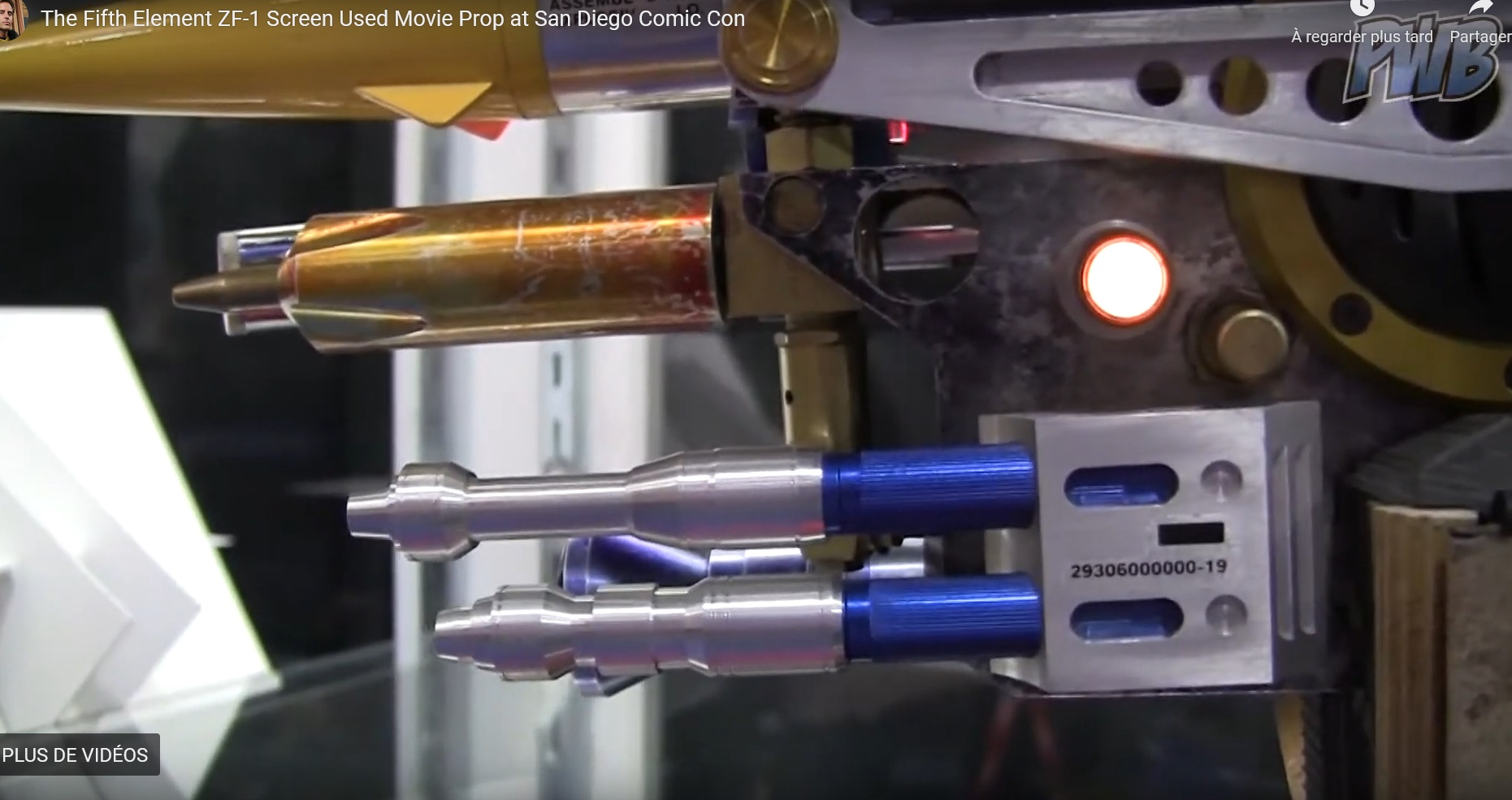 and there are some other refs where it is really orange: 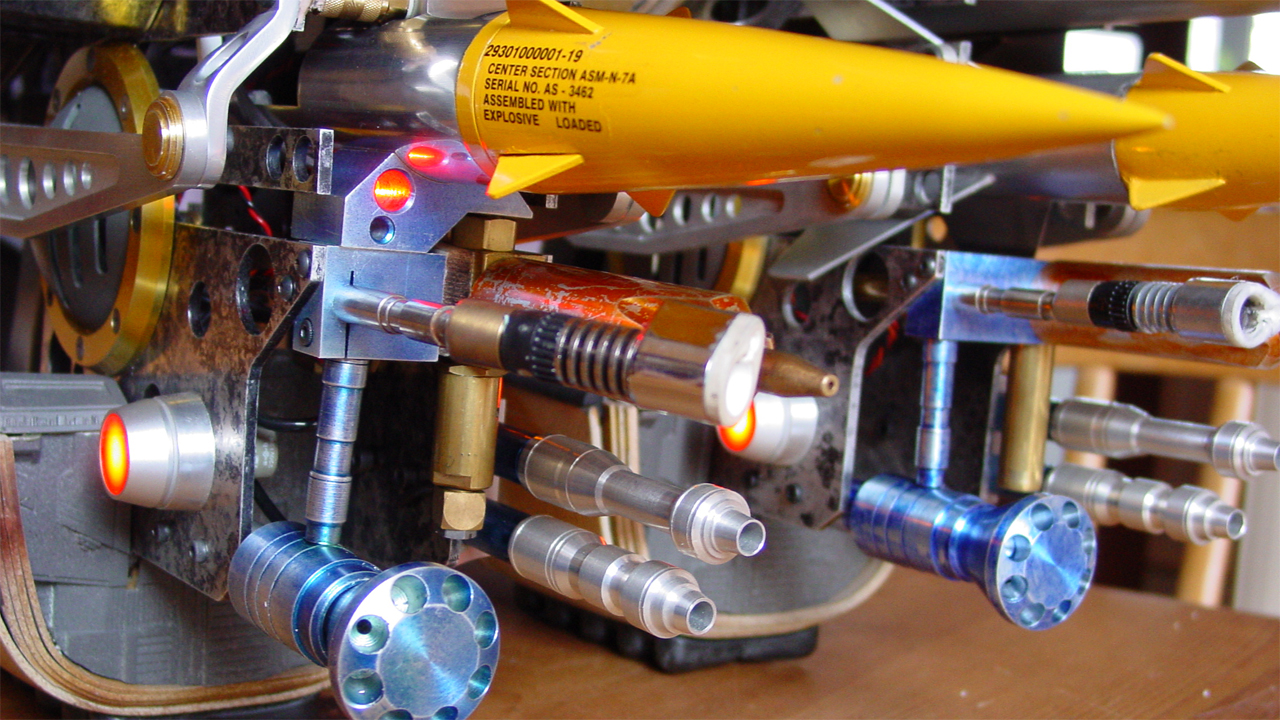 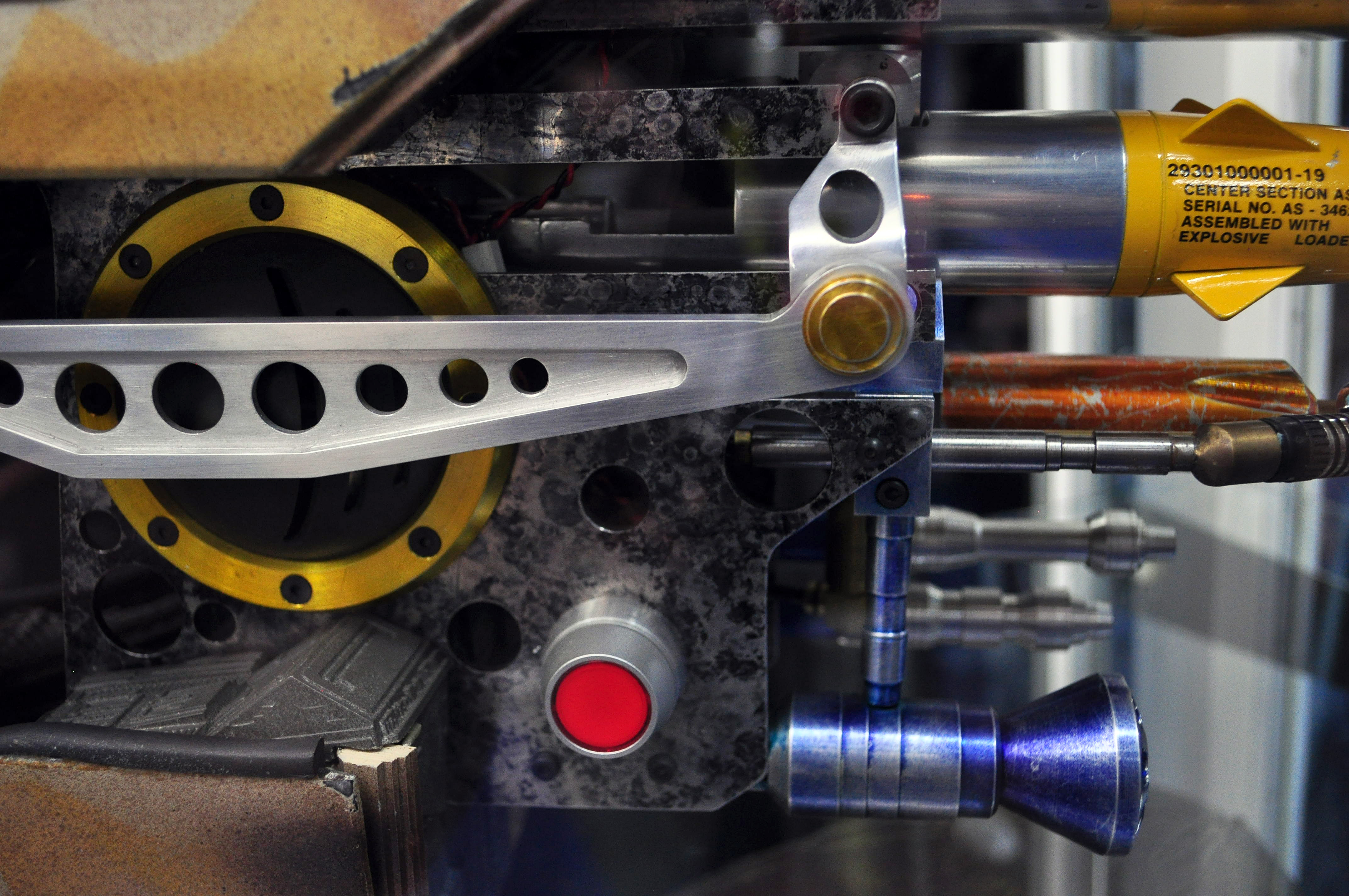 so I guess we really need an orange marker or orange transparent varnish with an airbrush.

HOWEVER, that is a pretty awesome match to that police gun!! 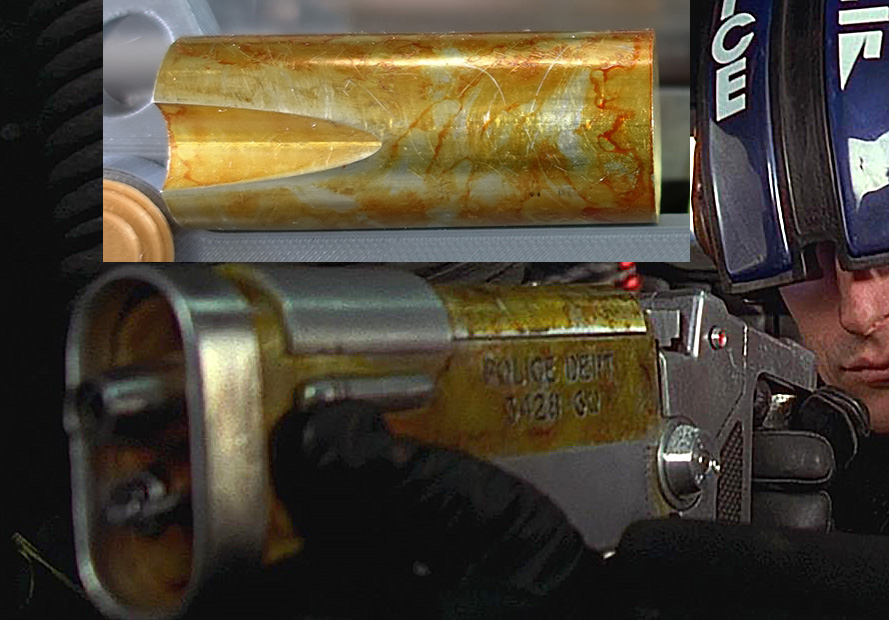 They had to of used those markers of the at least the refill inks for the props. The color and "texture" of the over paint is just too close.

RPF PREMIUM MEMBER
yeah I don't know, they could have used any marker I guess or any transparent varnish probably as well. but, yes some of the colors and results are pretty close

It seems pretty close to the original...are you locking the colors with a transparent coat? Or do you try to do it in one pass?

joberg said:
It seems pretty close to the original...are you locking the colors with a transparent coat? Or do you try to do it in one pass?
Click to expand...

Hey,
I did it in just one pass. But they probably used something darker for the flame thrower.
Its just surprising how close that yellow is to both the rings and yellow details on the zf1 and to the yellow police gun, but at the same time, I'm pretty sure they used the dykem for the blue at the time. But I don't know, maybe they used the dykem, yellow markers, an orange varnish... just different technics for different parts I guess
cheers

RPF PREMIUM MEMBER
Hey guys,
so, here is the last test for the blue, airbrushed Edding refill ink. It's works pretty nicelly, however, this was my very first time with an airbrush and I'm pretty bad with it sadly...
anyways, here are some photos:
bottom, is airbushed: 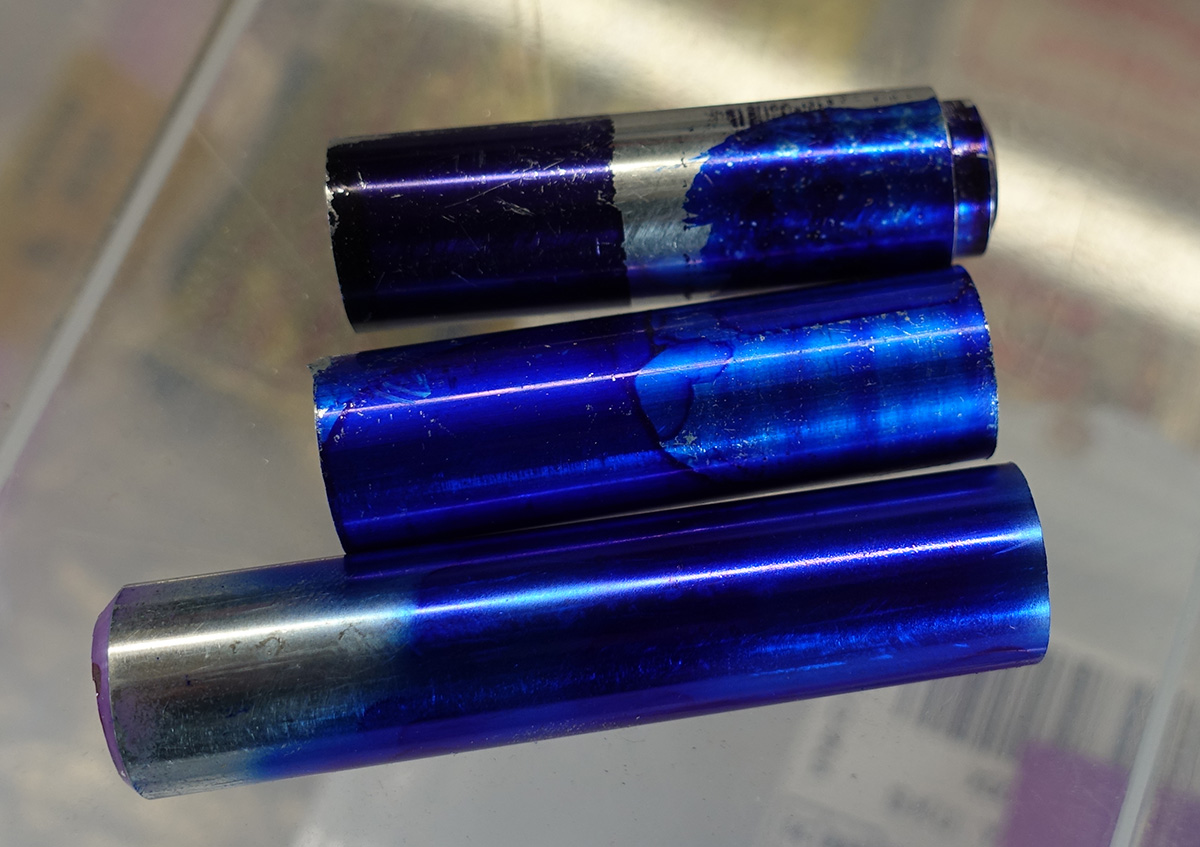 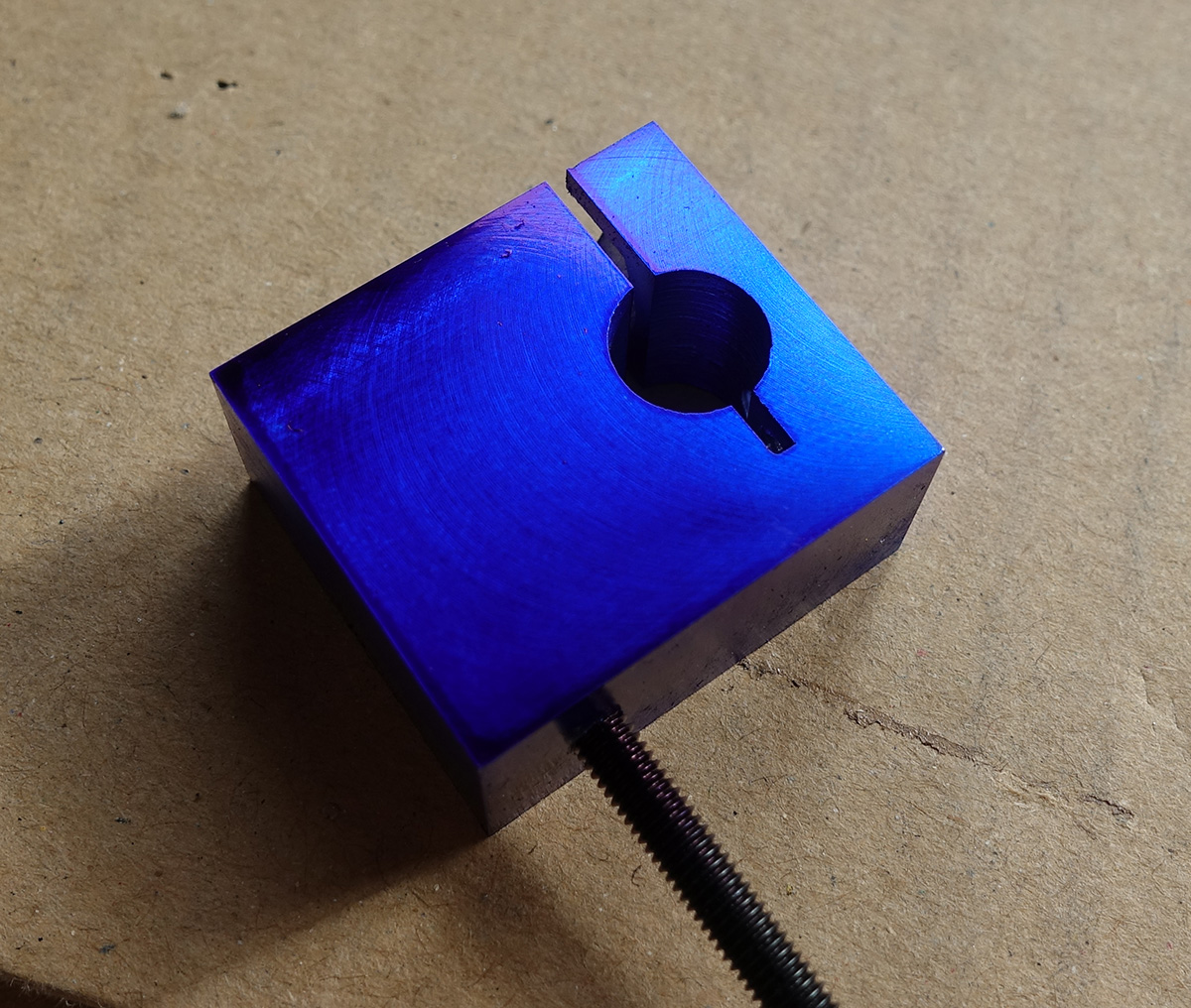 here, the weird horizontal spots on the square part are spits from the airbrush that I just wiped thinking that the actual coat would make them disapear, but it didn't... 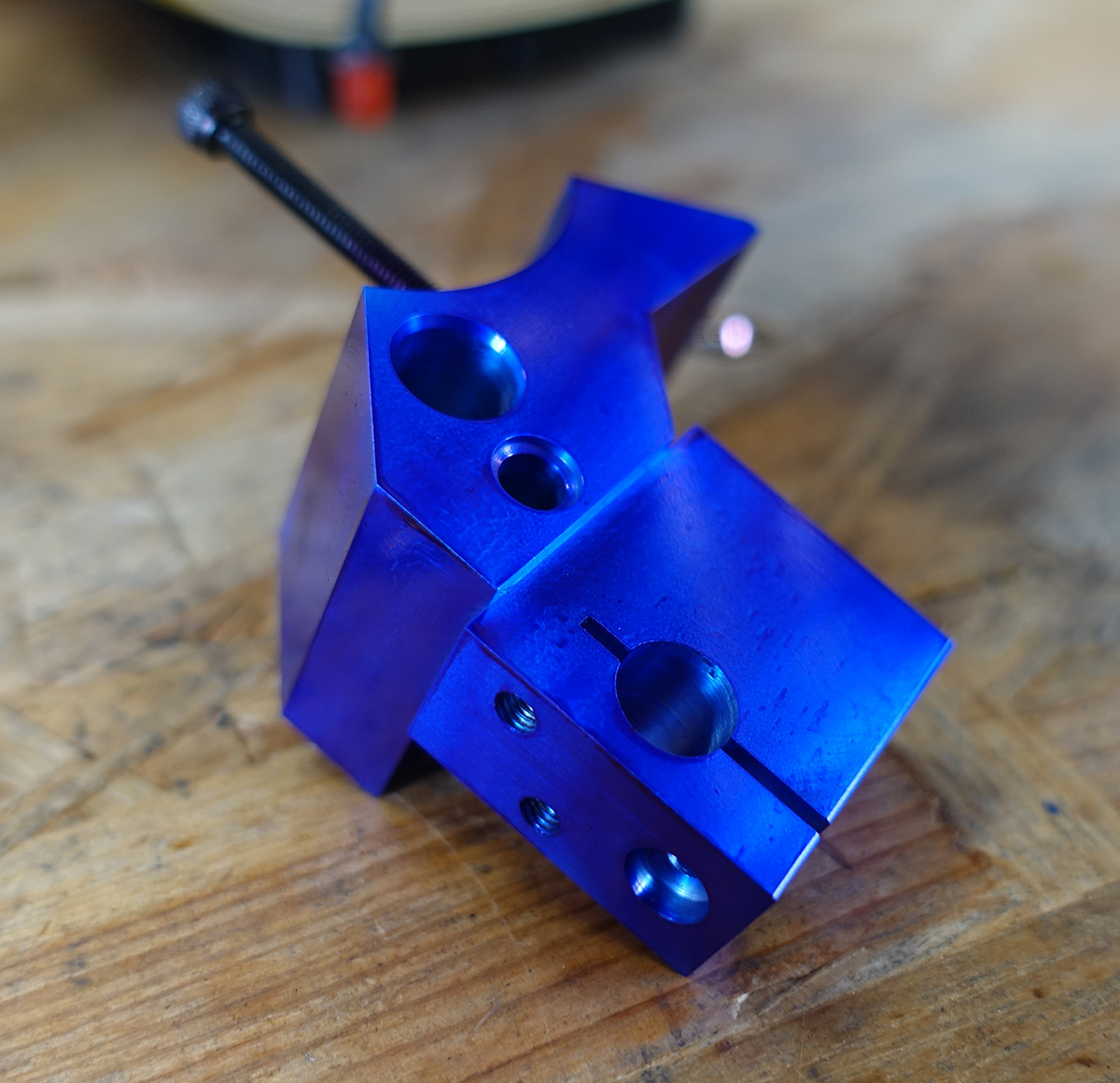 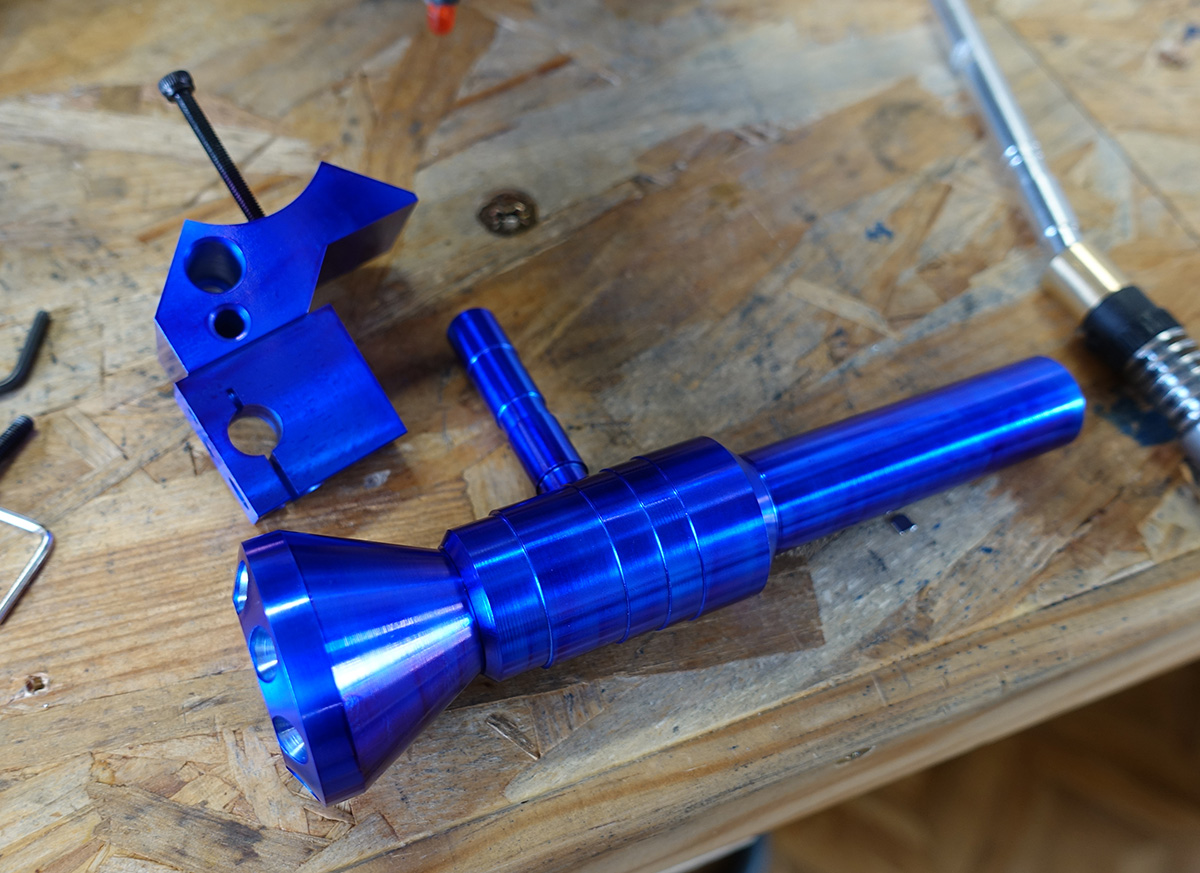 I think it looks pretty gosh-darn good! And if you're going to weather it a bit, like the actual film ZF1s, it should be spot on.

Now what is this Edding stuff? Can you share a photo? And how durable is it? Meaning is it going to rub-off easily? Does it need a clear coat of some kind?

RPF PREMIUM MEMBER
hey,
so this is what I used:

now... I'm just checking and although this is something I have always knew here, it seems hard to find on amazon.com and expensive.
this bottle costs 5€ in France, a marker around 2 or 3€

to answer your question, it is not durable. it will rub off in the corners extremely quick but is quite resistant on the large surfaces. I think after being weathered, it should pretty much stay as is and if you want it to stay new, you absolutely need to clear coat it.

I'm sure a transparent varnish of a proper color will work perfectly as well
or a marker from another brand if you intend to have a weathered finish as it is harder to have a nice surface finish with the markers.

RPF PREMIUM MEMBER
for reference for the people that will buy one of my NOS red button and how they assemble with the parts I created specially for those,
the threaded part on those was too short, so I created special bezels onto which the button threads and that have the same threading at the back, essencialy making the threading of the button, longer. Now, the frame of the ZF-1 has a hole that is too large to use the button nut directly, so I created a really thin washer that goes into the hole of the frame and between the red button and its nut 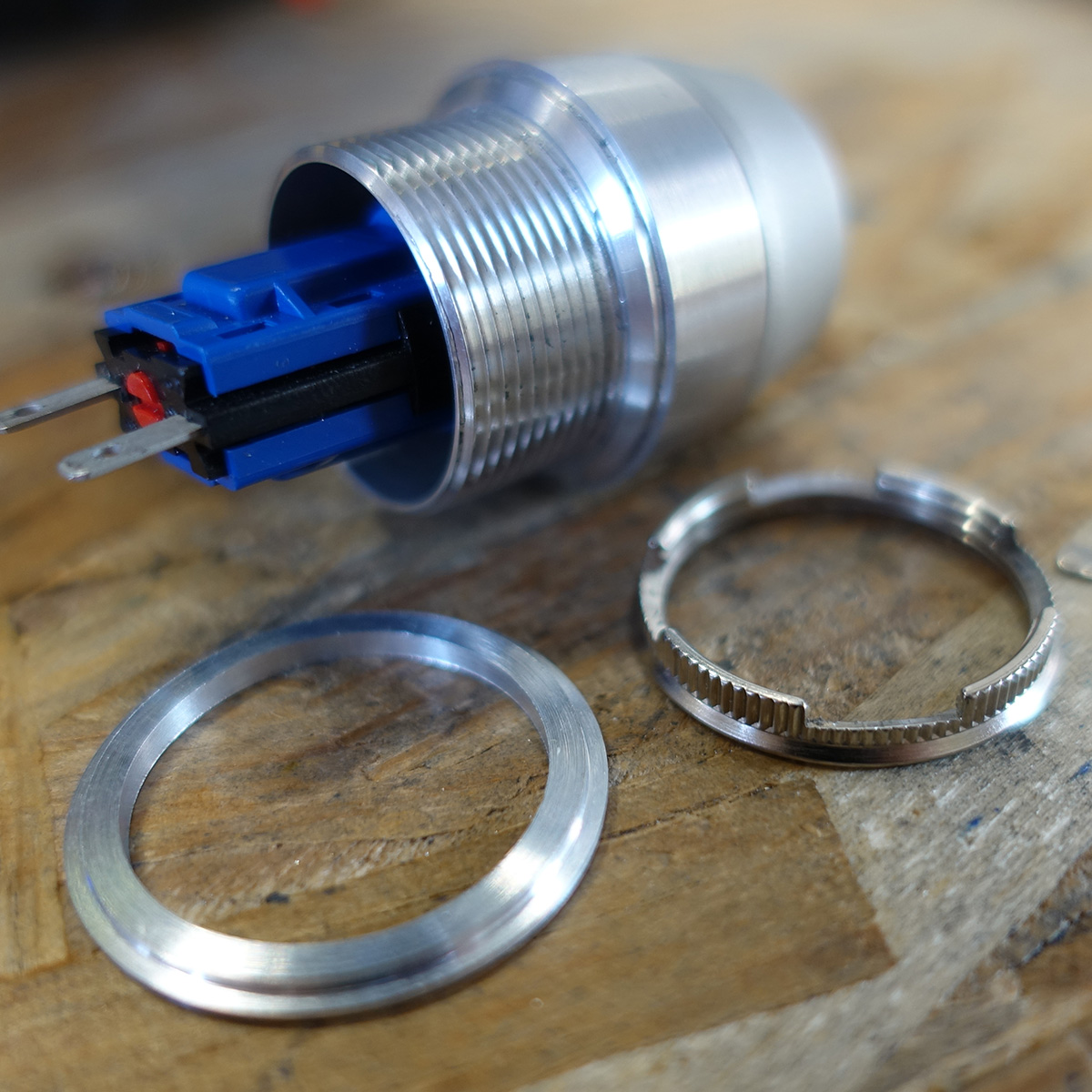 the washer seen from the inside: 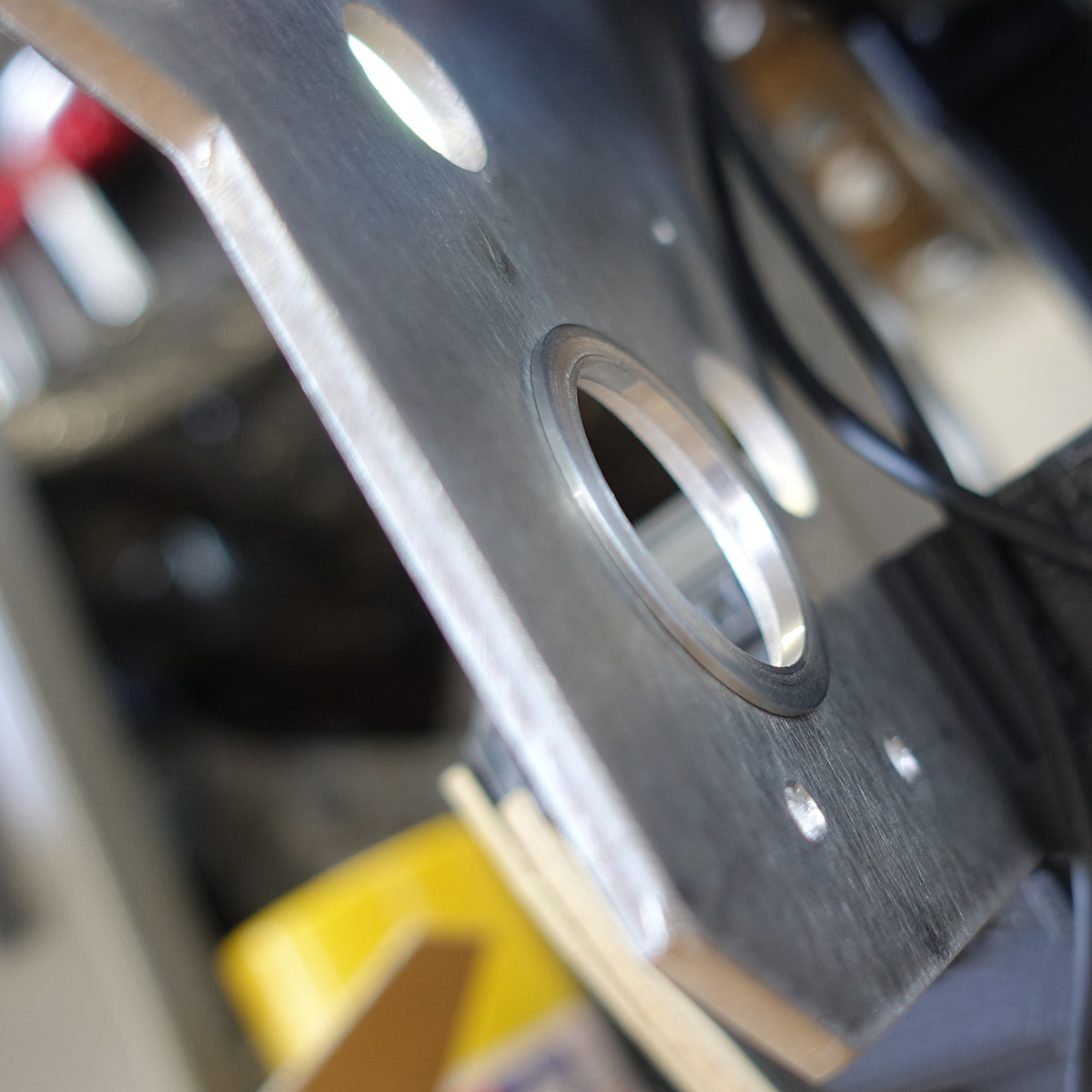 and from the outside, just making the hole smaller: 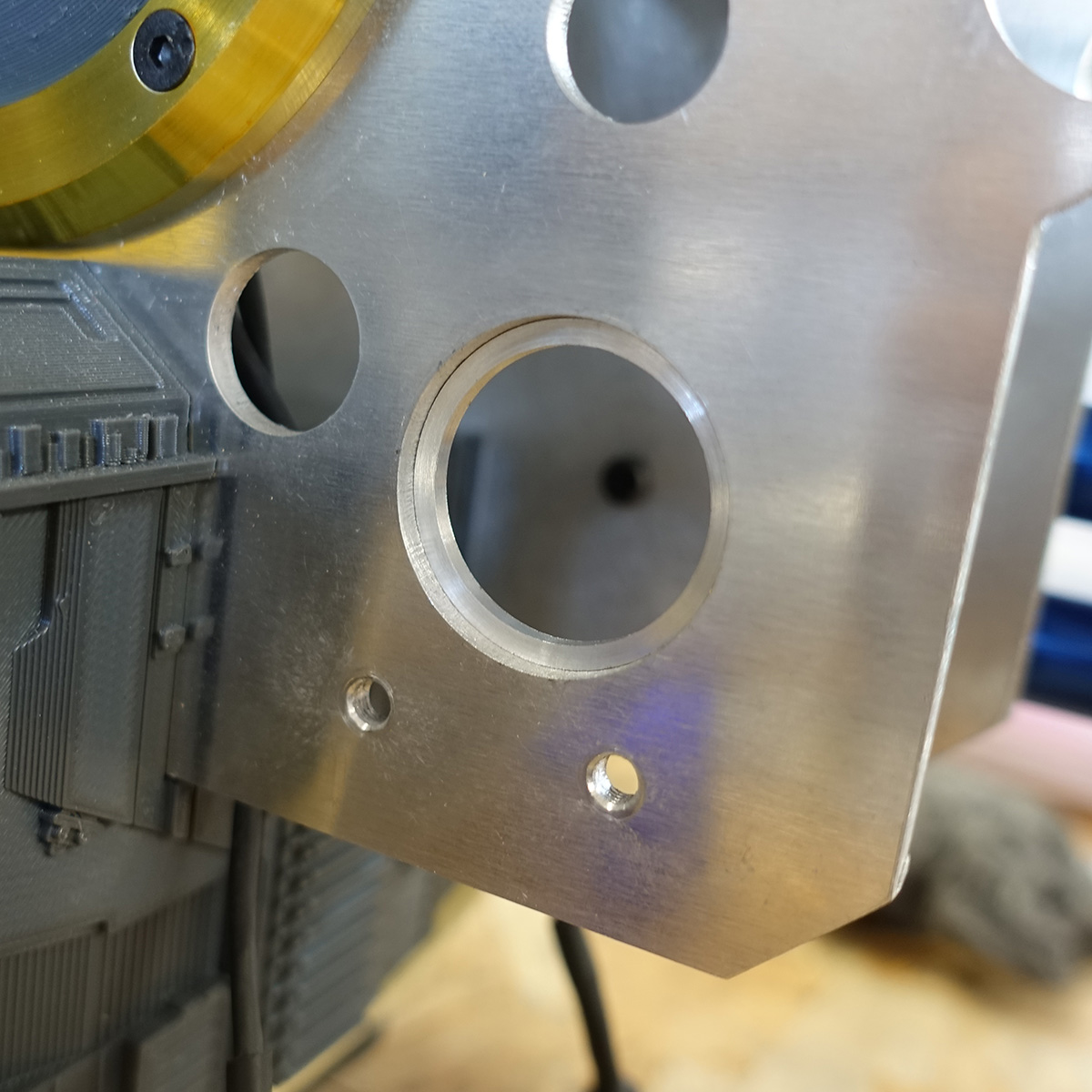 and here is how the mounted NOS red button looks: 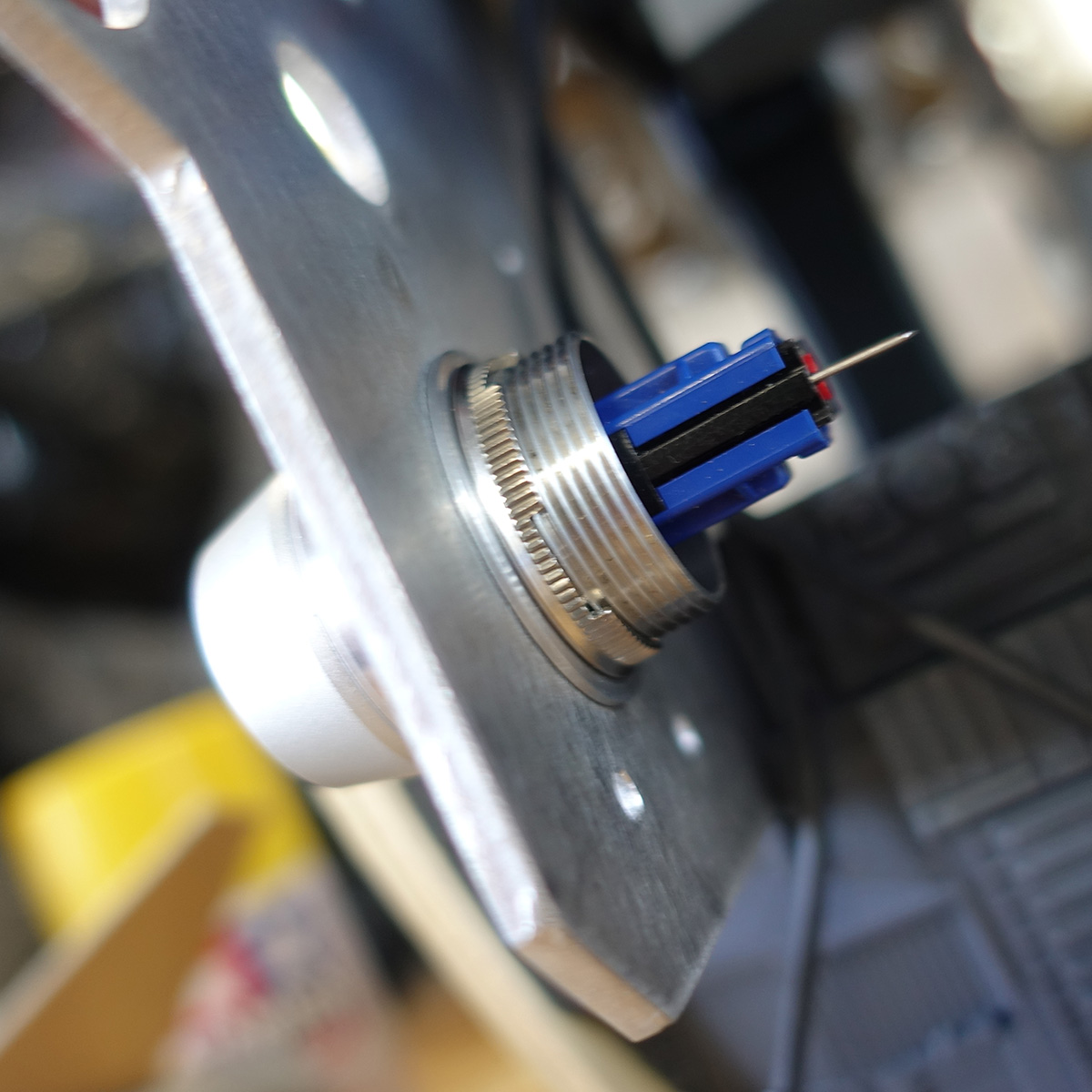 Yep, airbrushing comes with a learning curve. Not bad at all for a first try. What brand are you using?

joberg said:
Yep, airbrushing comes with a learning curve. Not bad at all for a first try. What brand are you using?
Click to expand...

yeah, i'm pretty sure there is some learning to do here indeed! that and maybe the ink itself which maybe is not the best medium for an aerograph...
if by what brand I'm using you mean what aerograph, its a Harder & Steenbeck 42015 Evolution that I bought for my wife after a lot of research online, it's a pretty good aerograph I think, don't think I can blame it in any way for this particular situation!

ok, so, while I'm waiting for a couple answers from clients, I worked on a new part and tried to make a few to put on my website at the same time as the kits in case anyone else is interested
the 4 small yellow knobs that hold the lateral rails 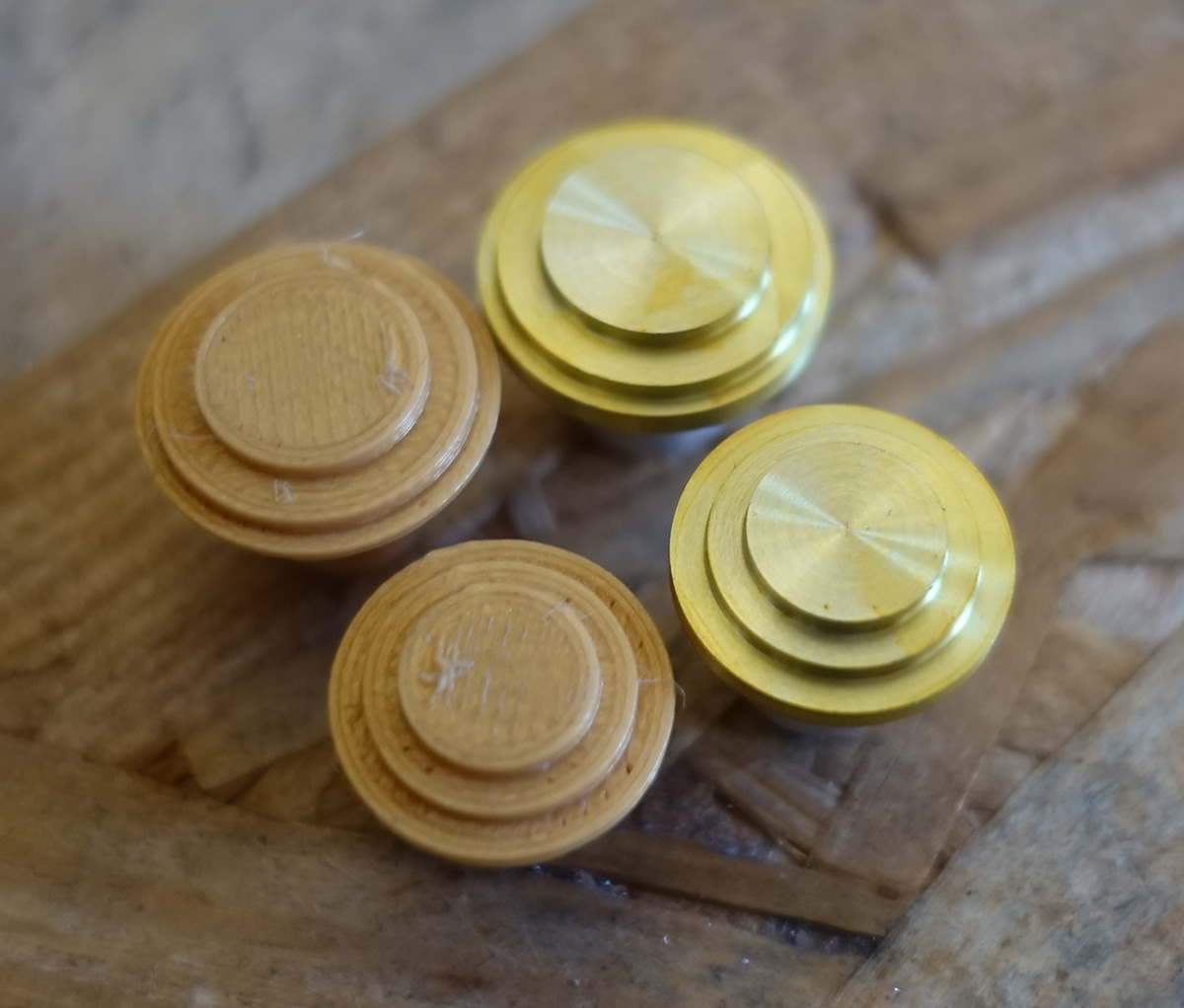 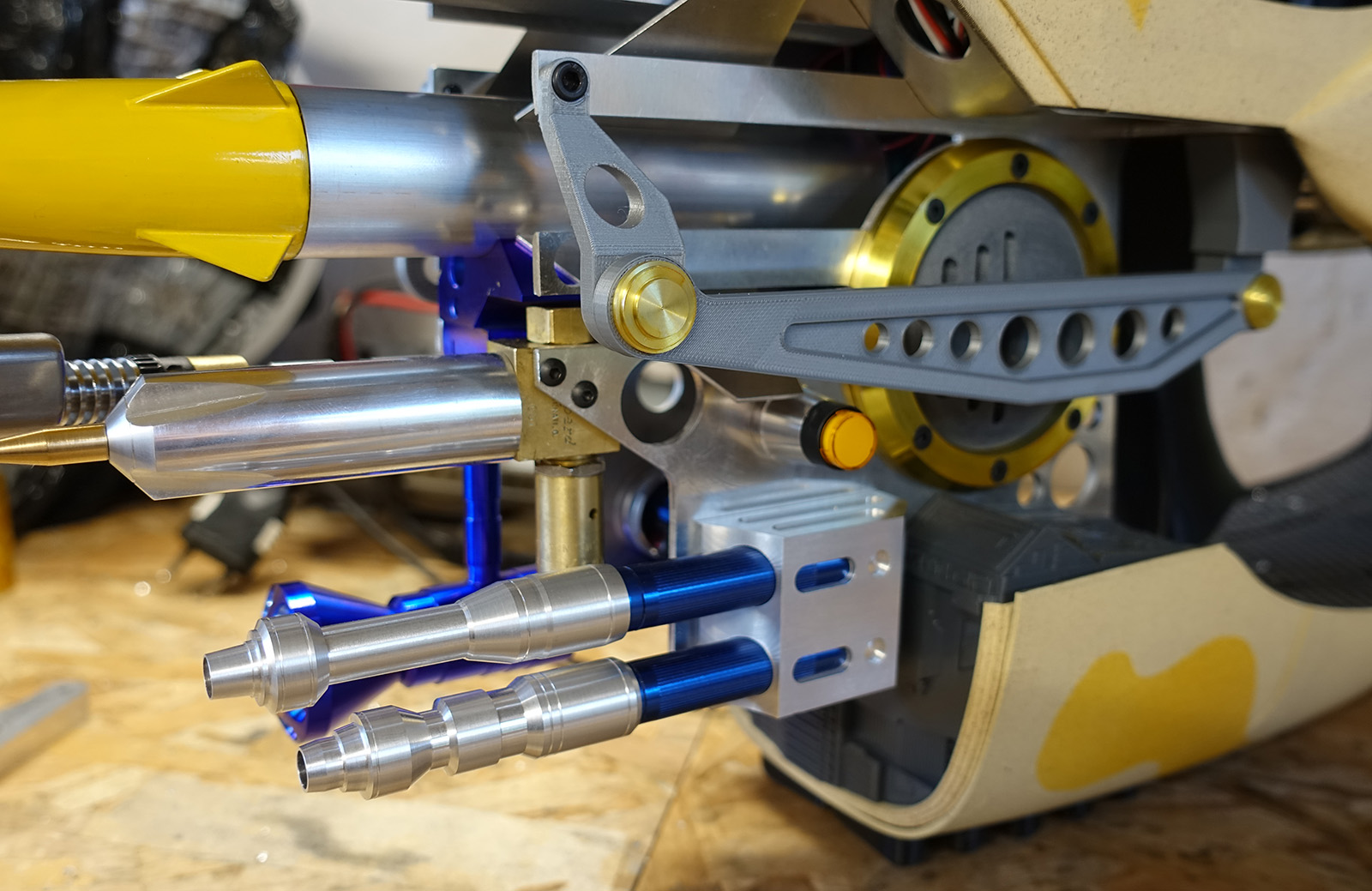 they are held from the back with an M4 screw, that is the same way it's done on the real prop even if we don't see it often, I looked at all the refs i have and barely managed to see that detail in a couple pics. 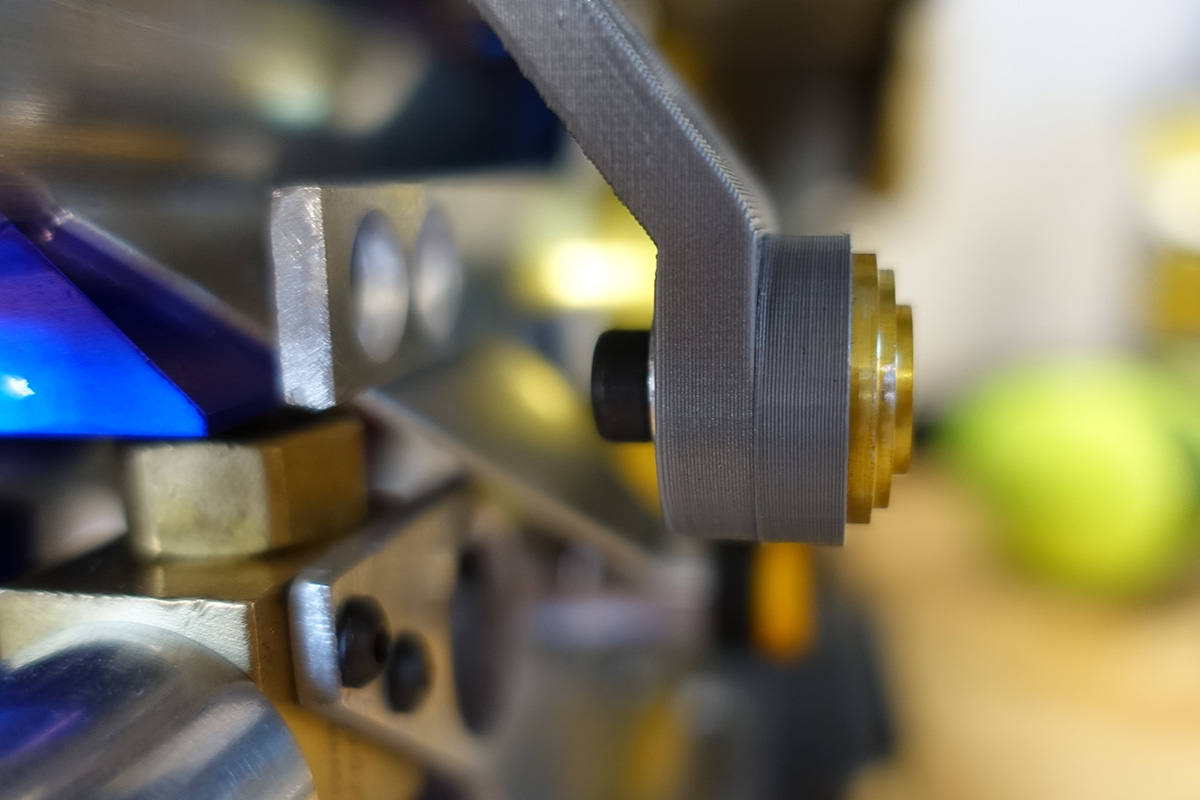 can be seen on the real one here when you know what you are looking for: 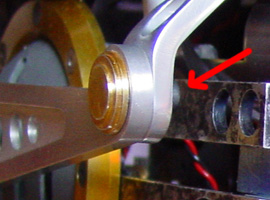 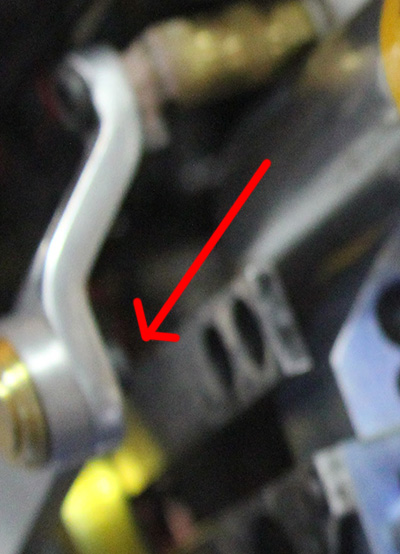 Yes, I believe it's a double-action airbrush...hopefully you have a moisture trap attached to your air tank...also, depending on your medium; you'll have to play with your pressure to make sure it doesn't spray too fast or too slow (viscosity)

6 minutes ago
Too Much Garlic