joberg said:
Yes, I believe it's a double-action airbrush...hopefully you have a moisture trap attached to your air tank...also, depending on your medium; you'll have to play with your pressure to make sure it doesn't spray too fast or too slow (viscosity)
Click to expand...

yes, in this case the viscosity is extremely low so I think it is spraying pretty fast! thank you for your advices joberg, always appreciate your feeback on my projects

RPF PREMIUM MEMBER
hello,
here is a cool update on my own ZF-1 build,

I wanted to see if I could do the side rails myself, even though Jake was offering them in his kit, nothing against Jake's part of course, just an exercice for myself. I actually decided that at the very beggining, before I even had the metal Mill and was expecting I would do them with my proxxon micro mill... fun stuff!
so, I designed the parts and had them laser cut by a company in France that has a website where you just drop the dxf parts and you get a price to order directly in the metal you need.
here was the result: 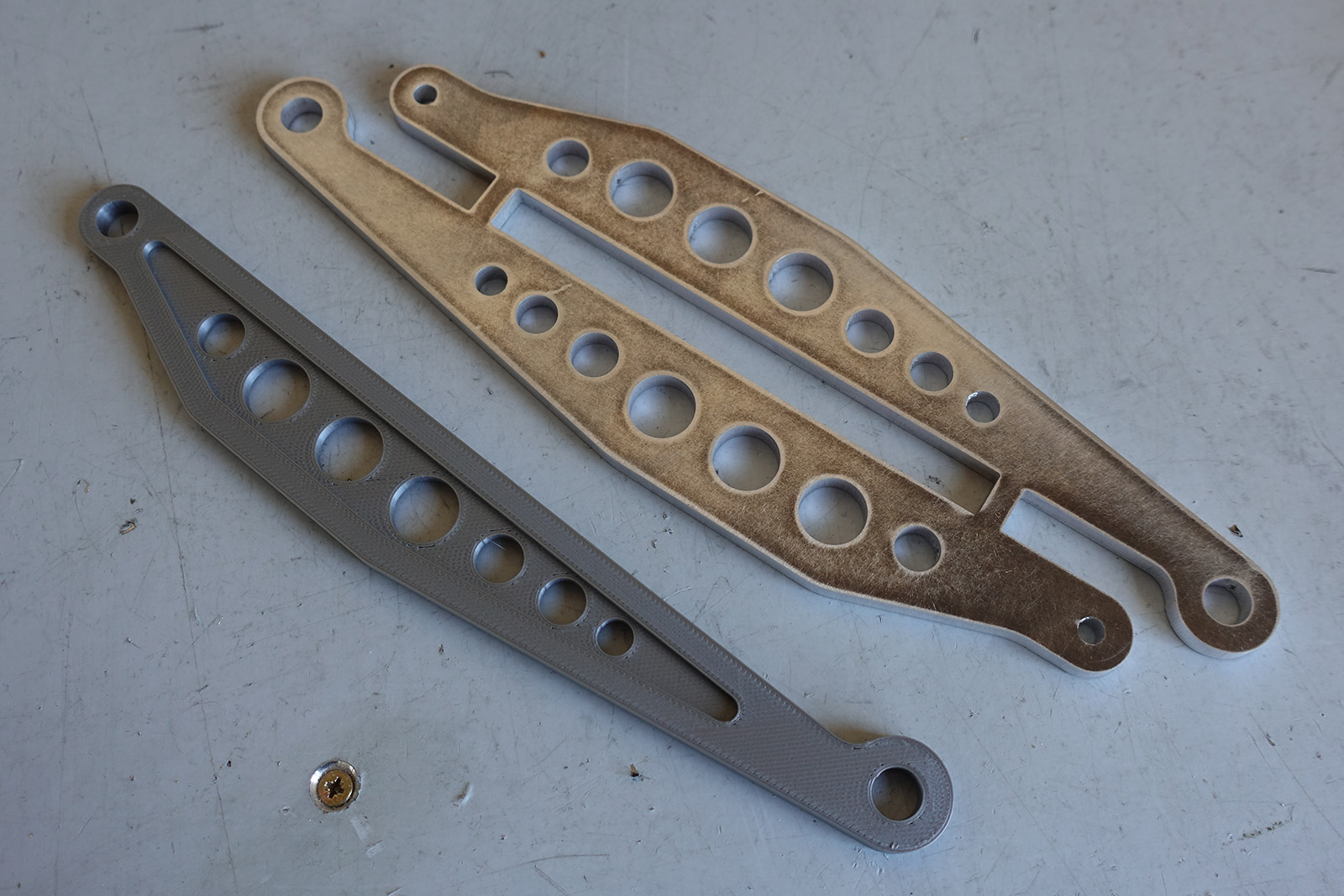 at the time, in december last year actually, I cut the parts, then cleaned them with the micro mill: 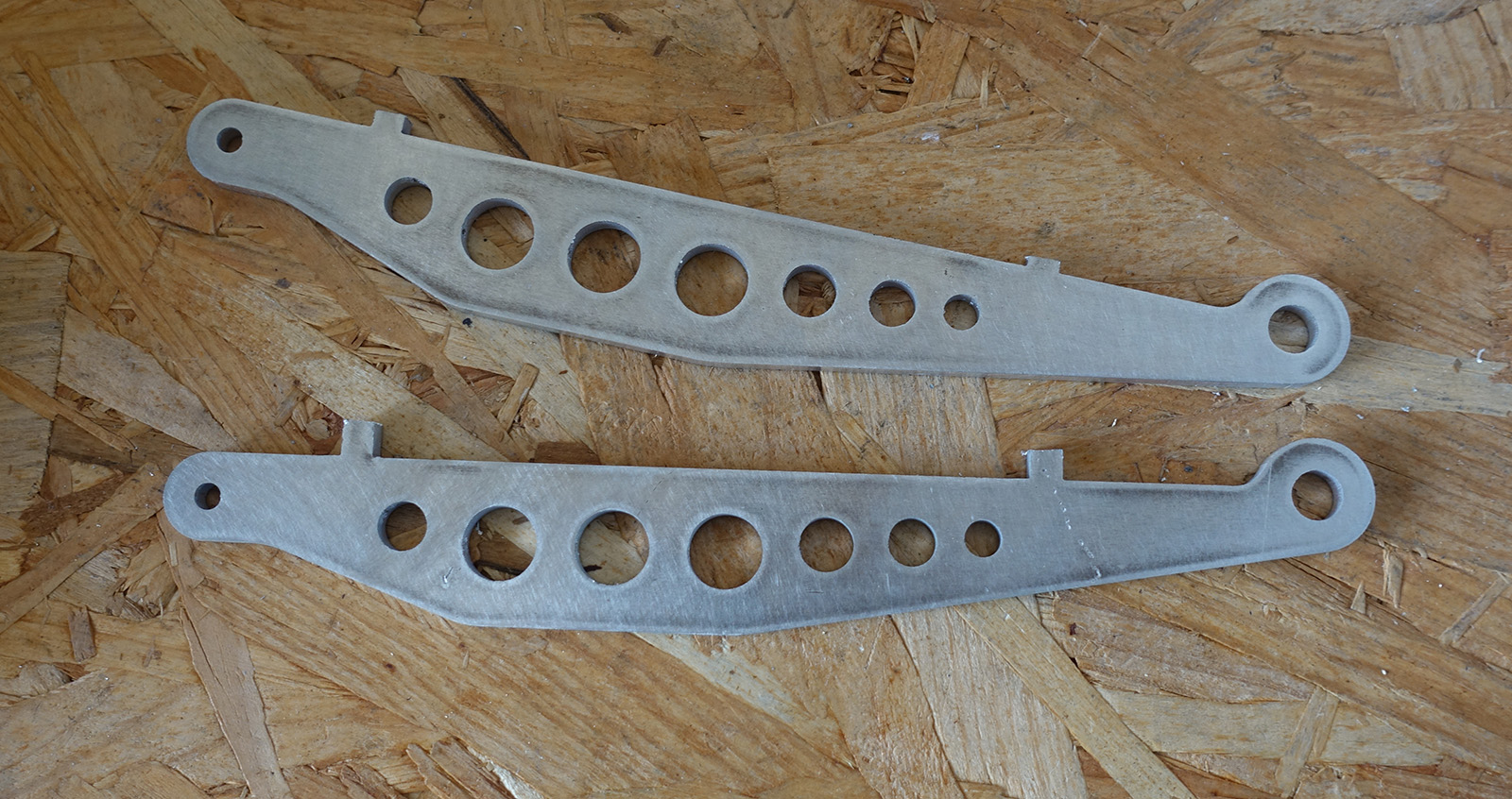 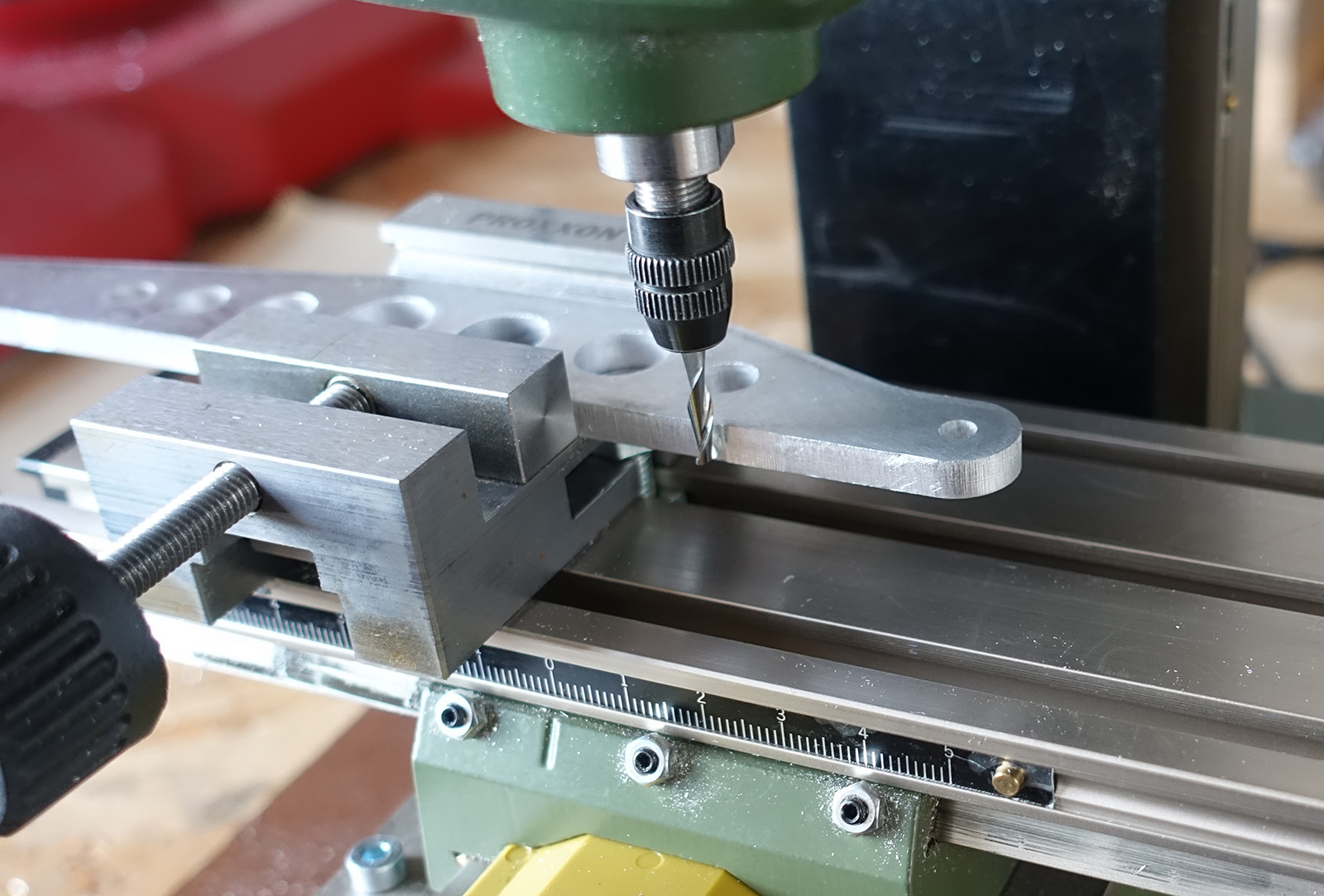 ok, now, fast forward to last week, marked the parts where I need to do the cavities: 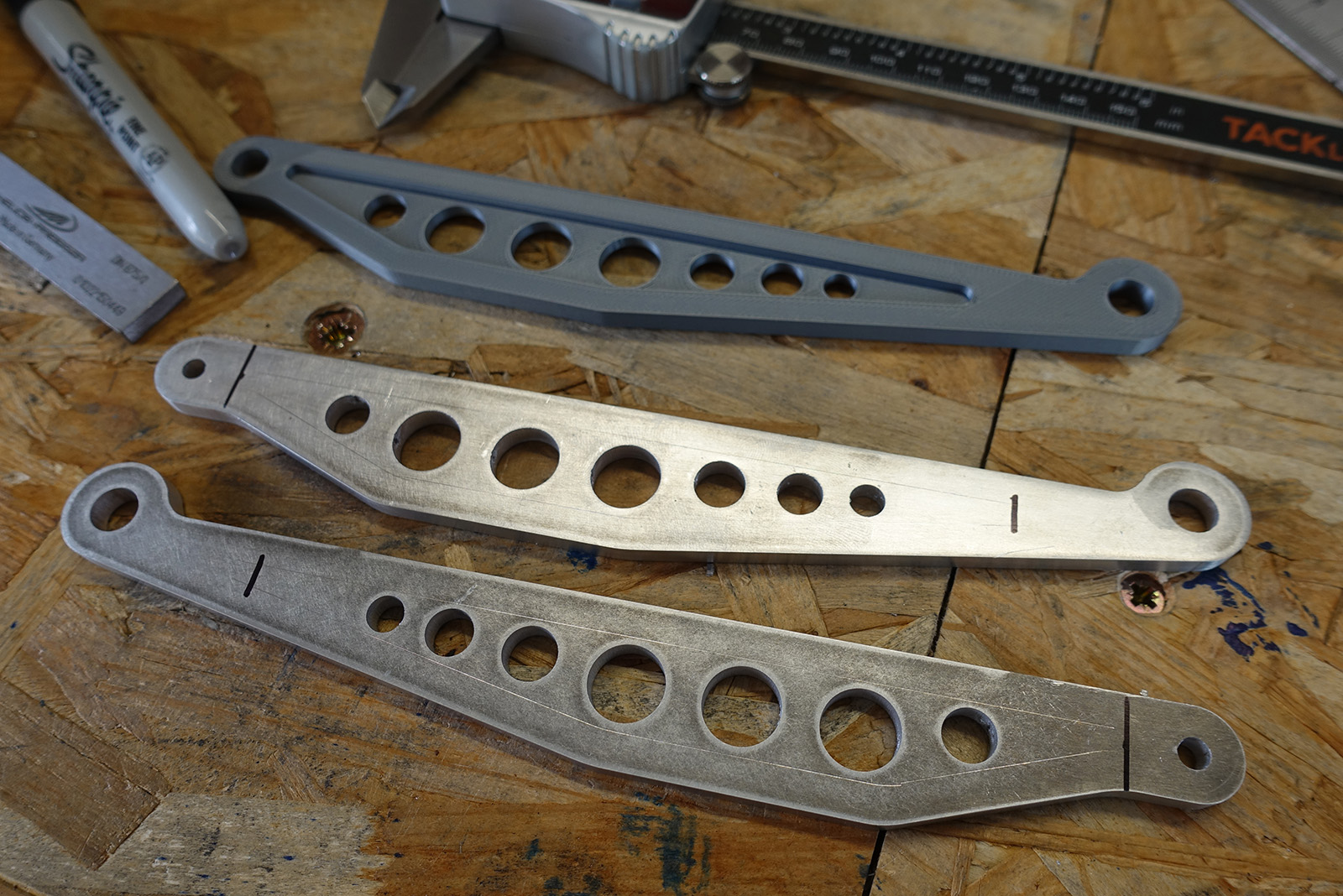 and put them in the mill with a 5mm bit and carefully do the straight lines: 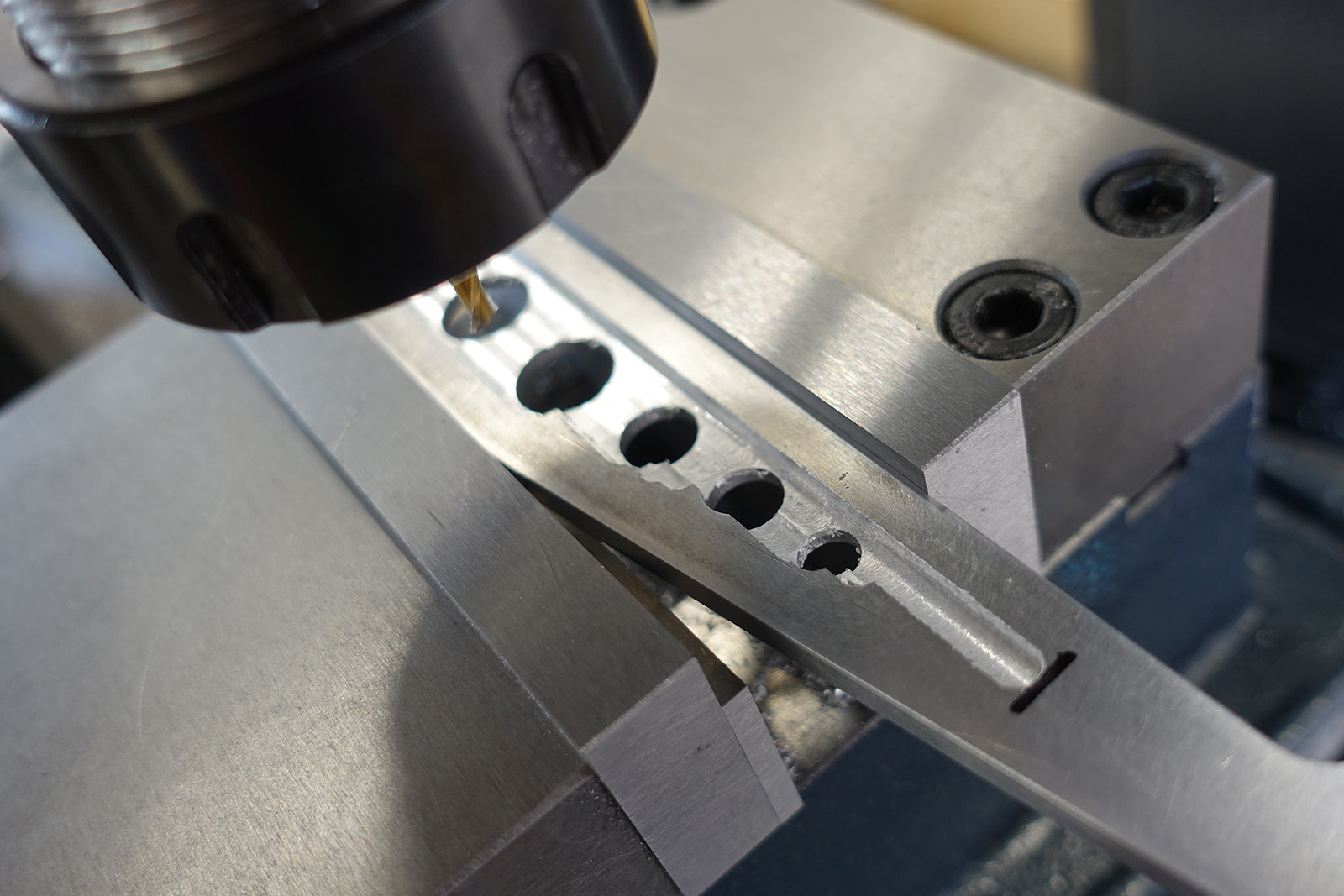 after this was done, I turned the vice to the right angle and did the 2 slopes on each end one by one: 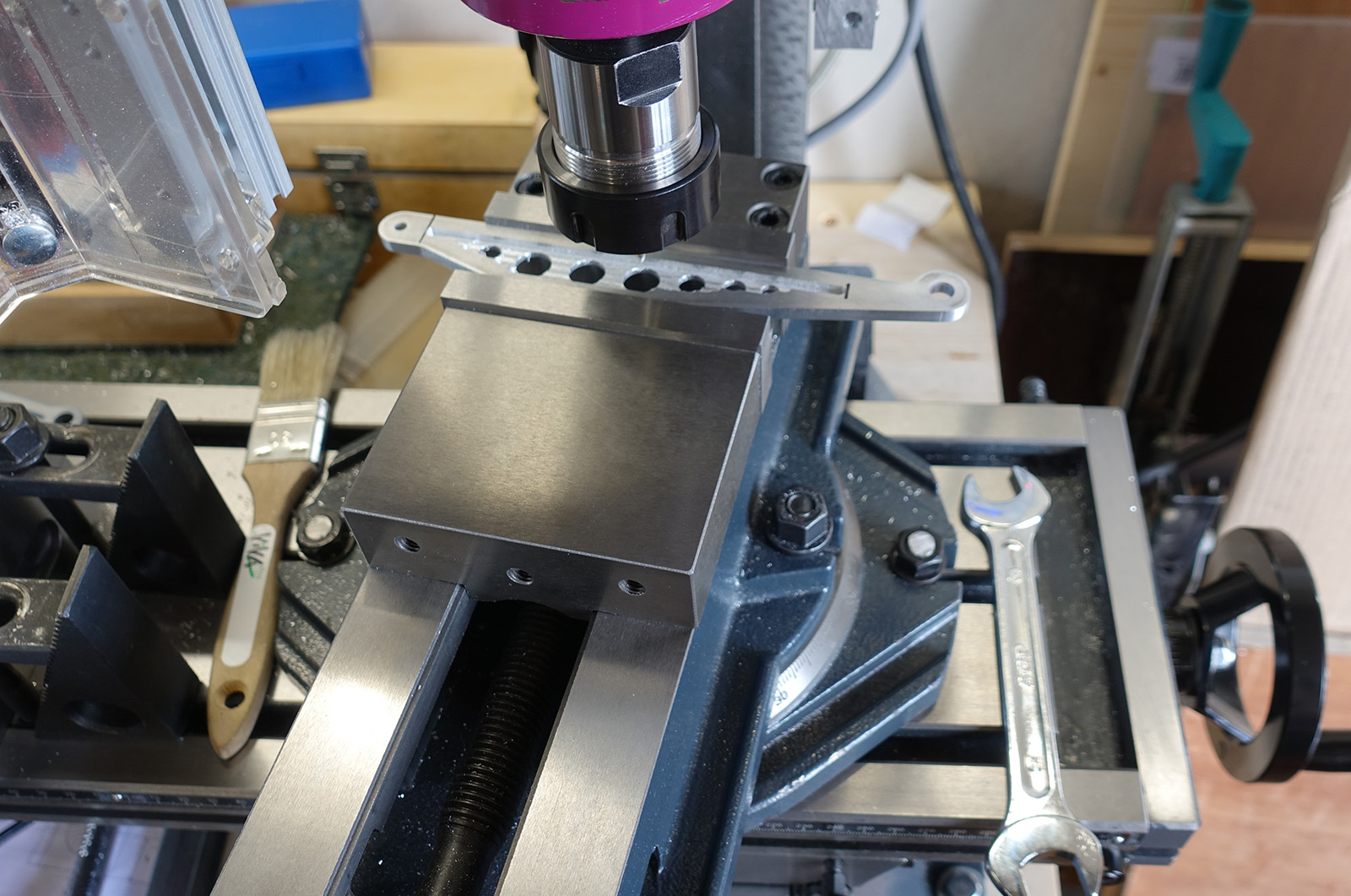 ok, didn't really take photos after that, so let's move on to the next part. the big messy part... the small bent hooks to attach those rails at the front. this is another challenge as I don't have big tools to bend 5mm aluminium properly, but I decided to give it a try.

first of, cutting some aluminium to the right side: 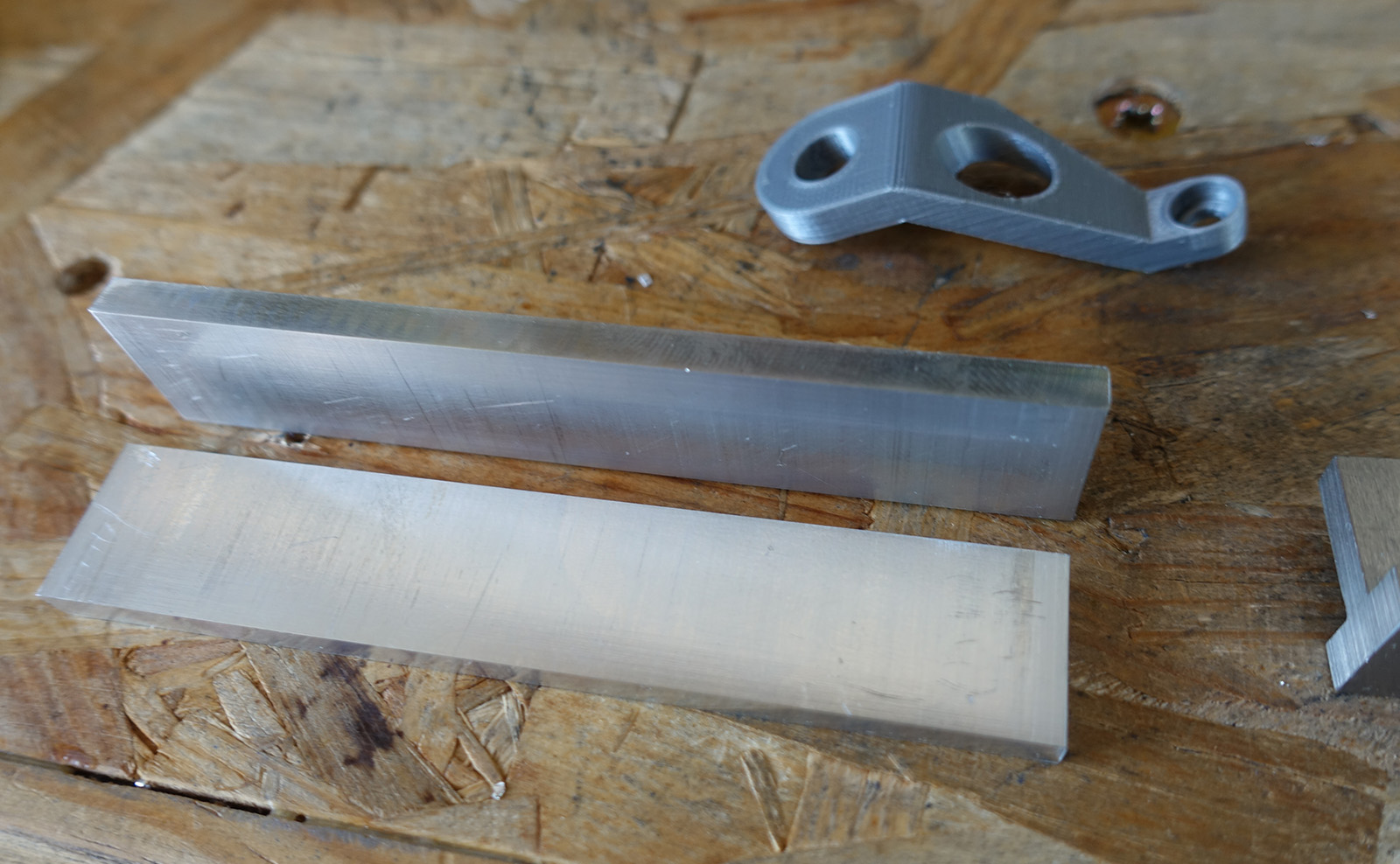 shaping them on the mill: 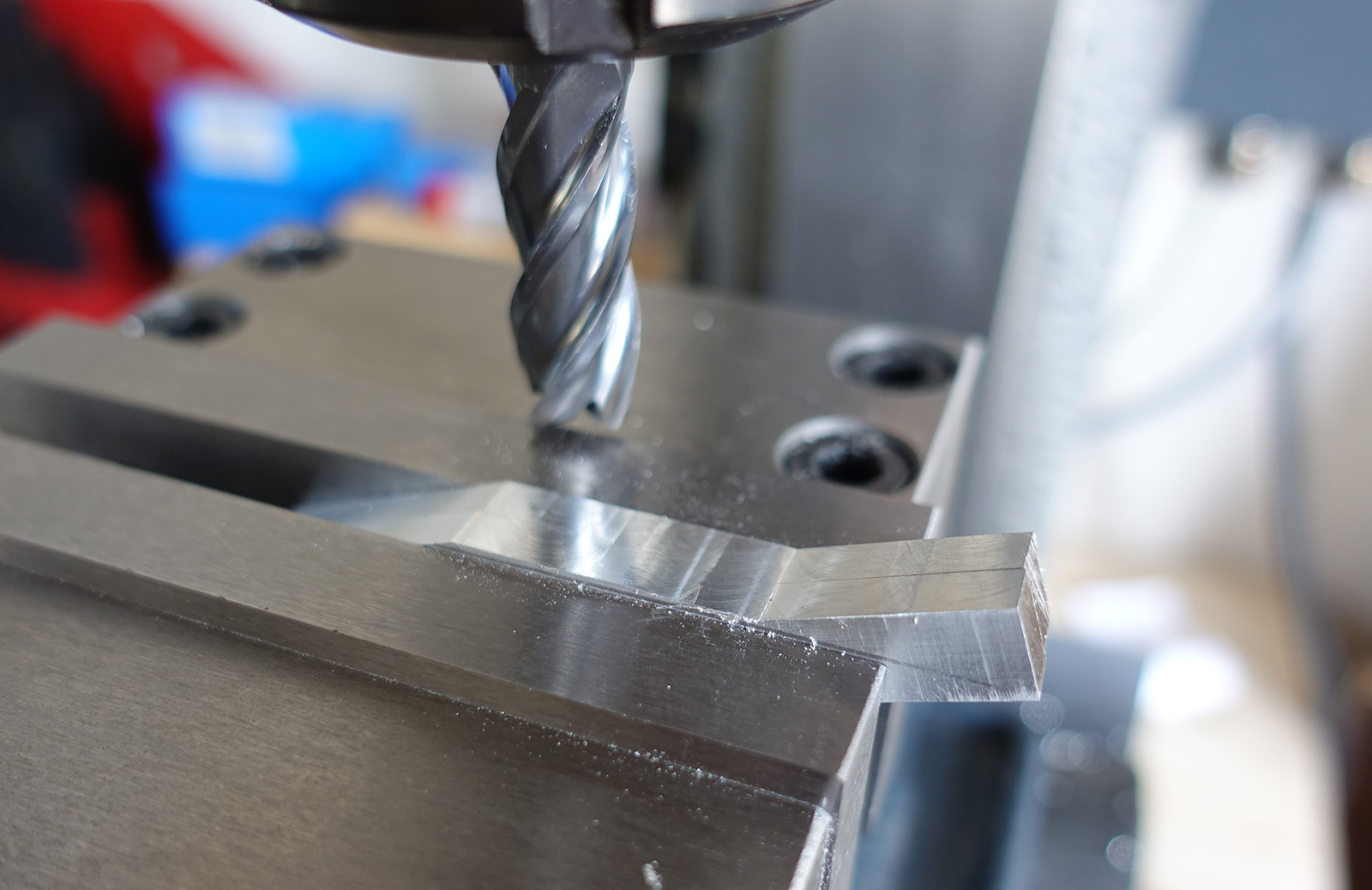 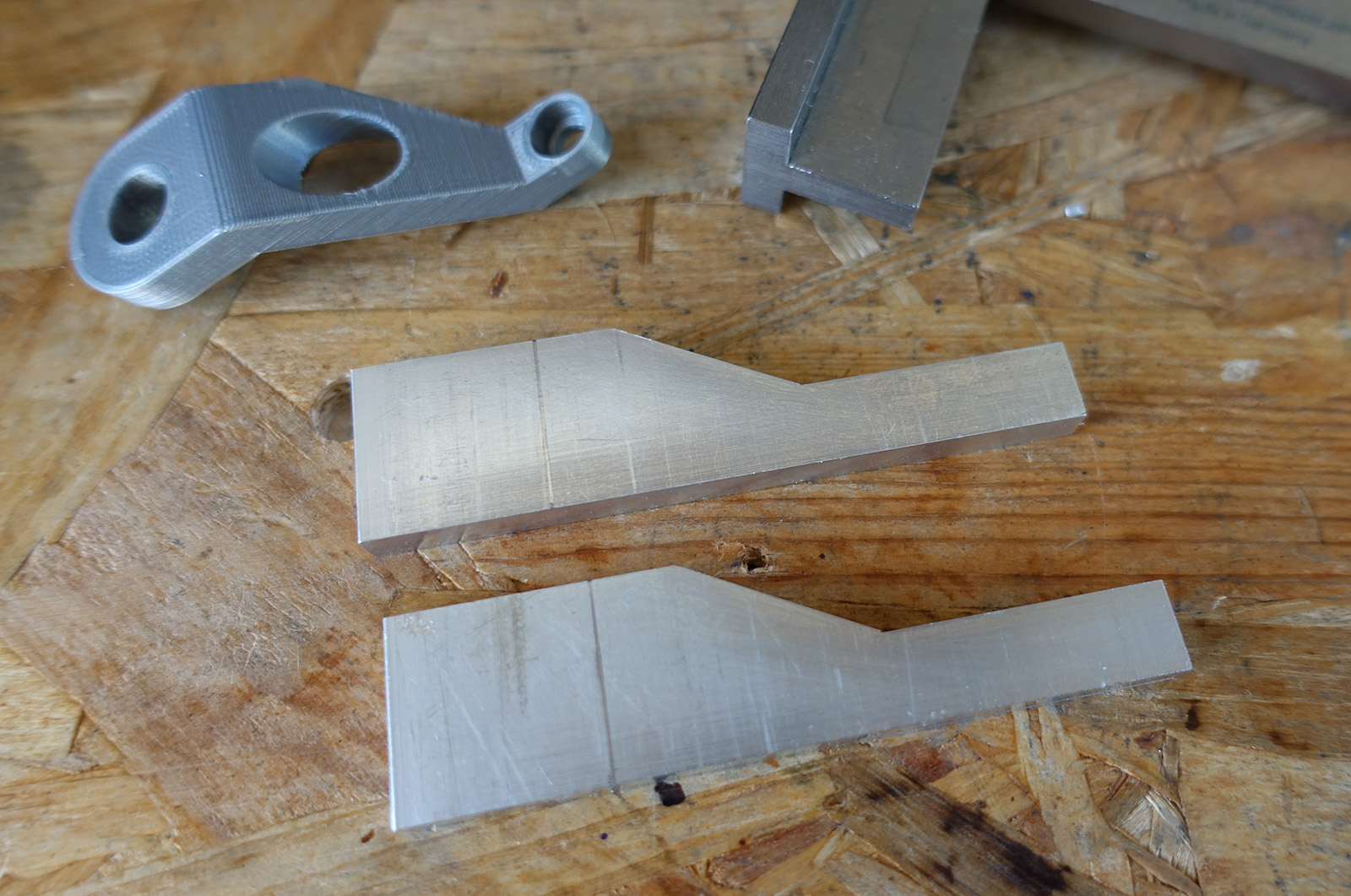 did some bending tests 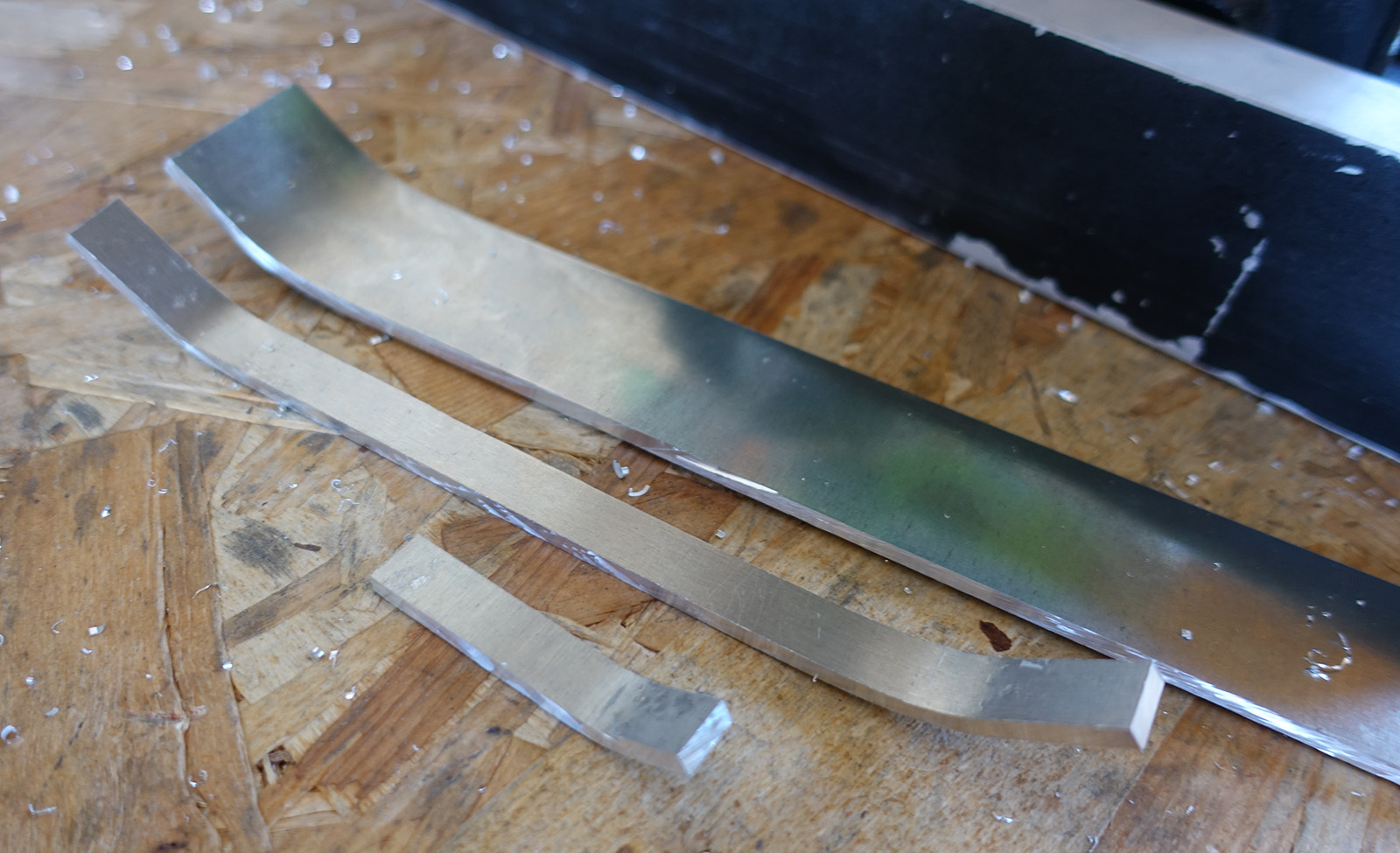 and finally made that amazing bending jig with the holder tools from the mill. the amazing was ironic of course! this system was the easiest I figured out without spending a full day creating a dedicated tool for that 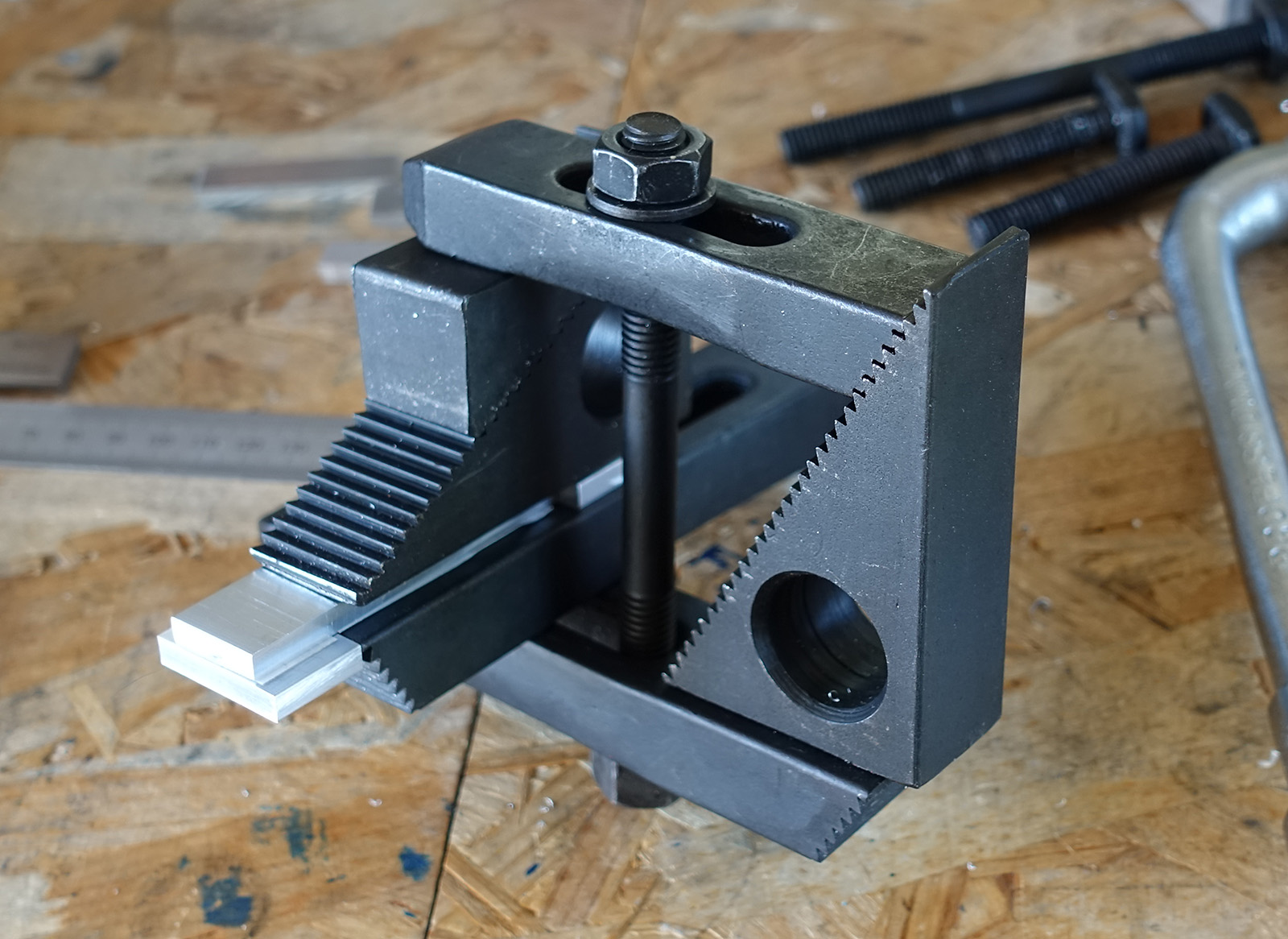 then, I put all that in a big vice, heated the aluminium and pushed on the jig by hand until I got the desired angle: 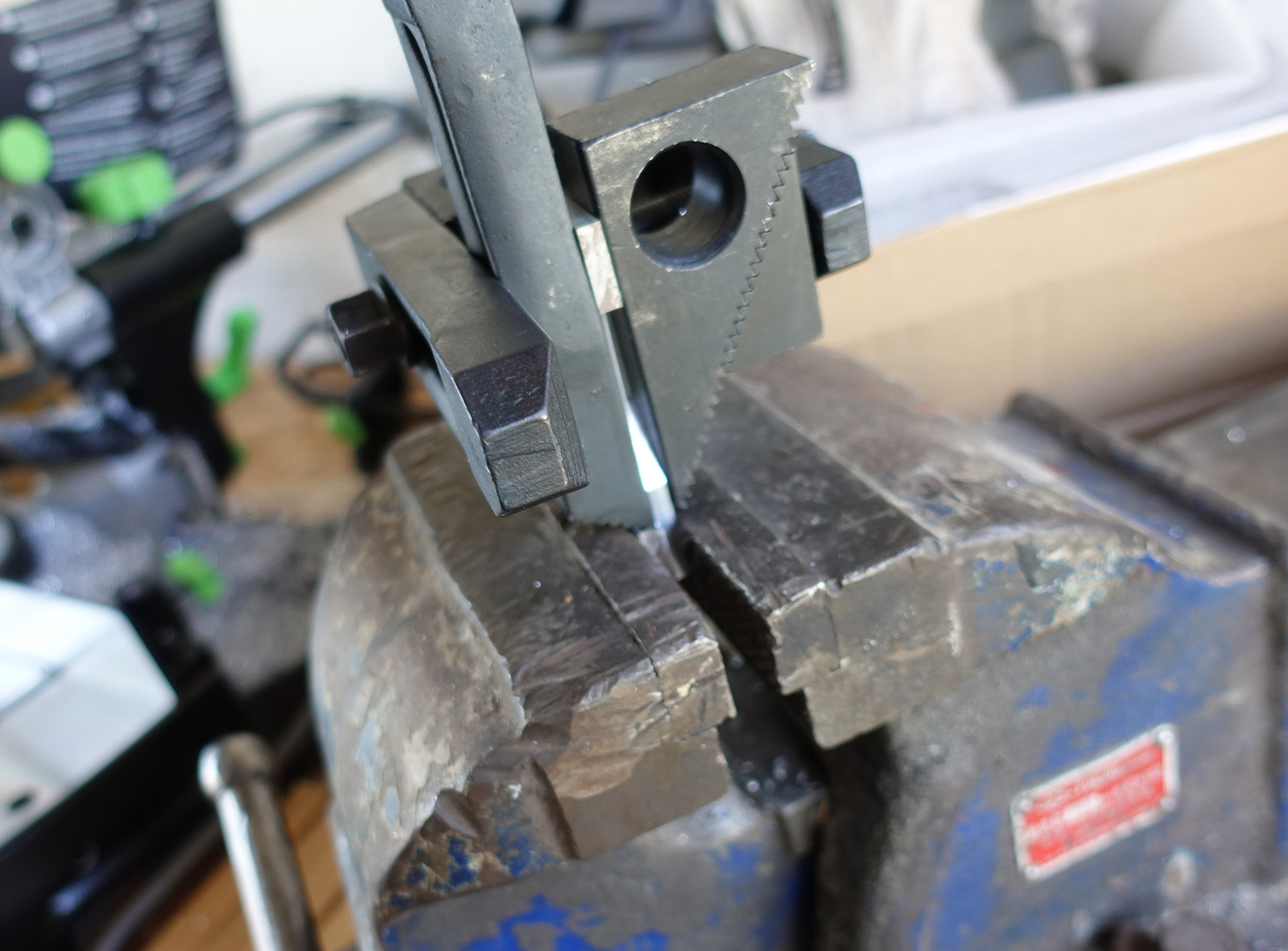 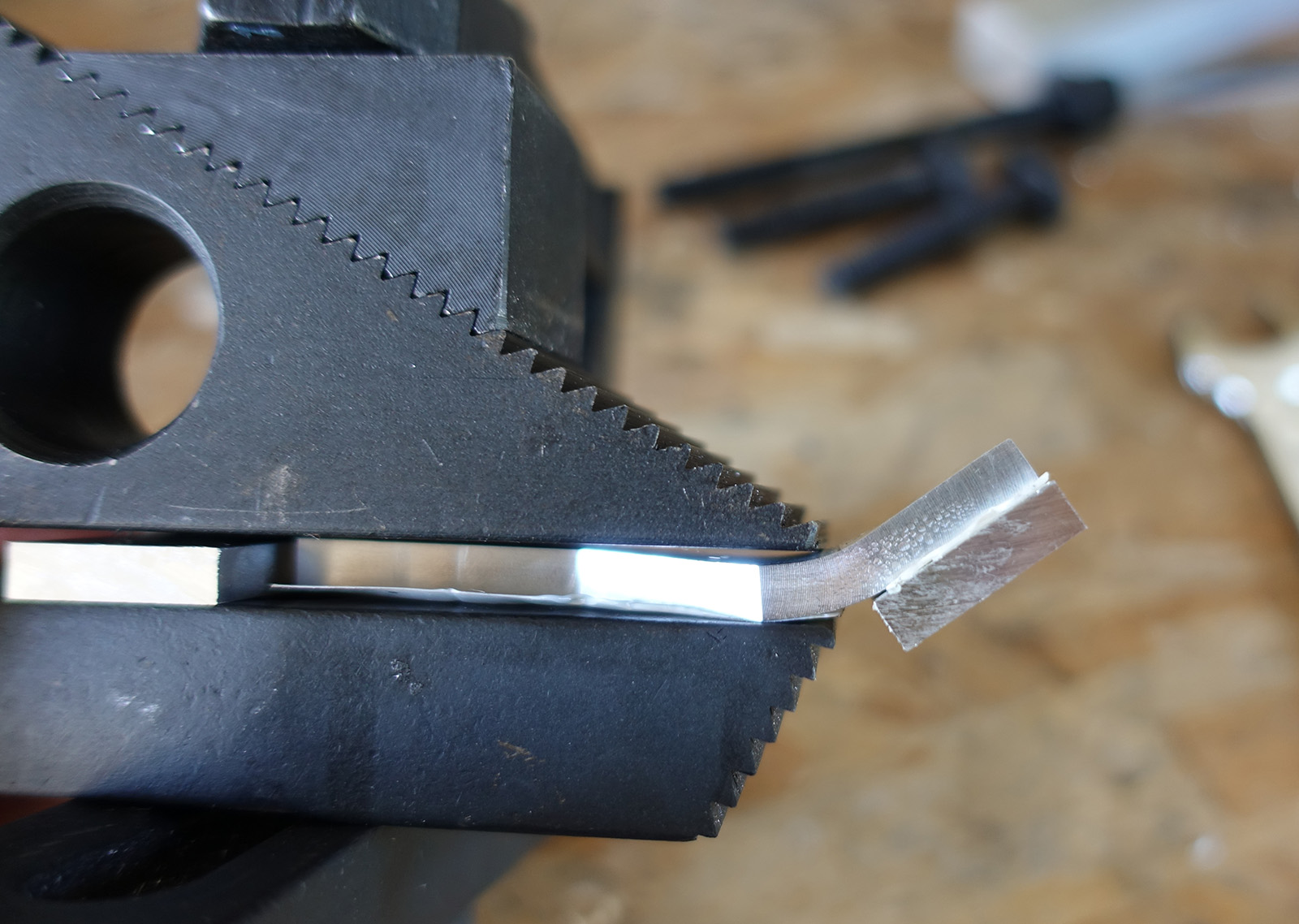 at this point, we are at almost a full day of work and you can already notice on the next photo that obviously, I forgot to mirror the second part when bending it, of course! i mean, what did I expect, of course I was going to forget... damn! 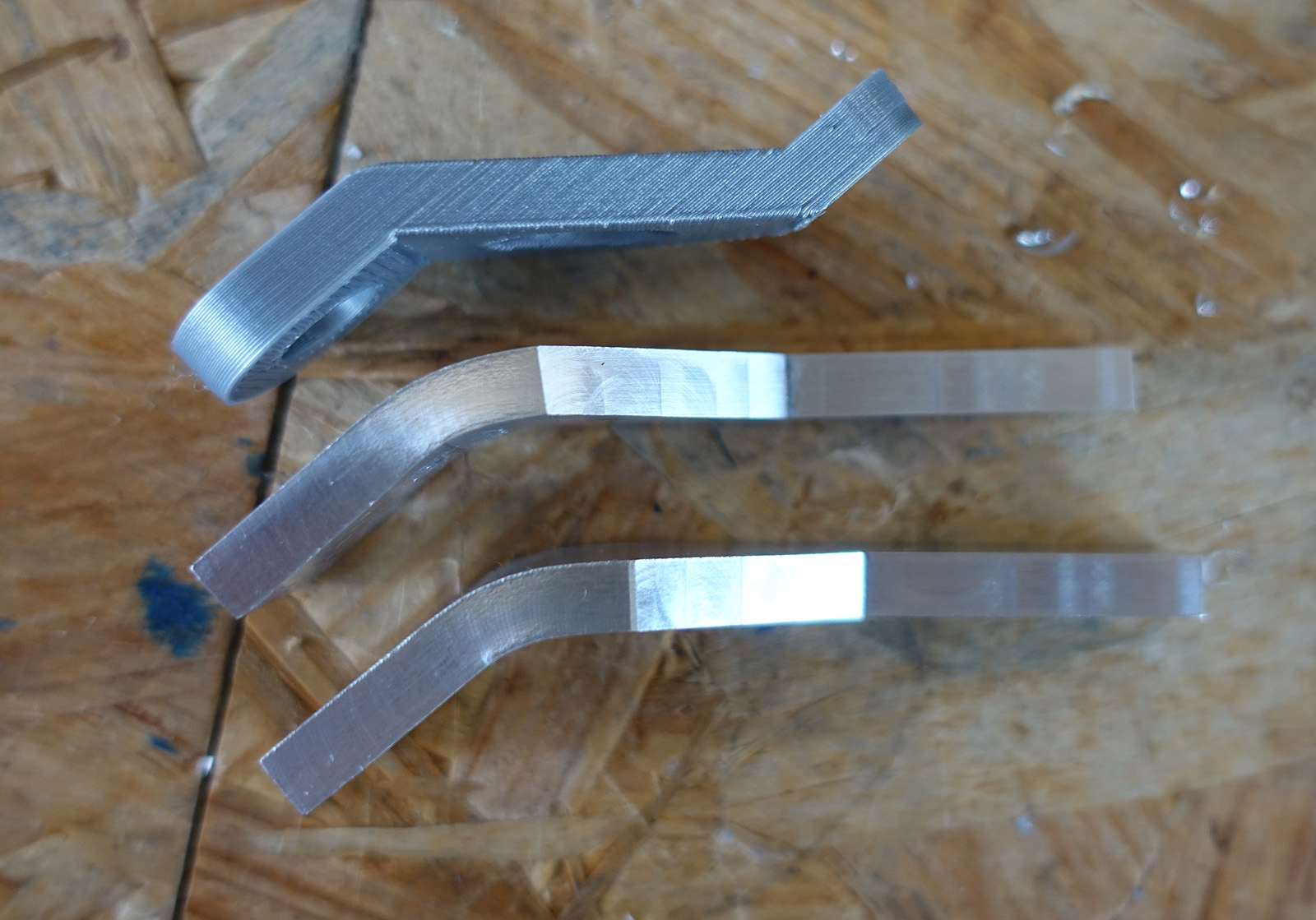 at this point, after almost spending a day on it and already thinking it was a pretty stupid day, I was like, anyways, i'll do a second set and someone will be happy to take a set off my hands, no big deal!
then I destroyed the first one on the mill doing the hole in the middle! ahah huhu hoho... fun stuff!

anyways, I did the round end on the circular chuck on the mill, it took a bit of time to make sure it was centered when rotating, but it eventually worked: 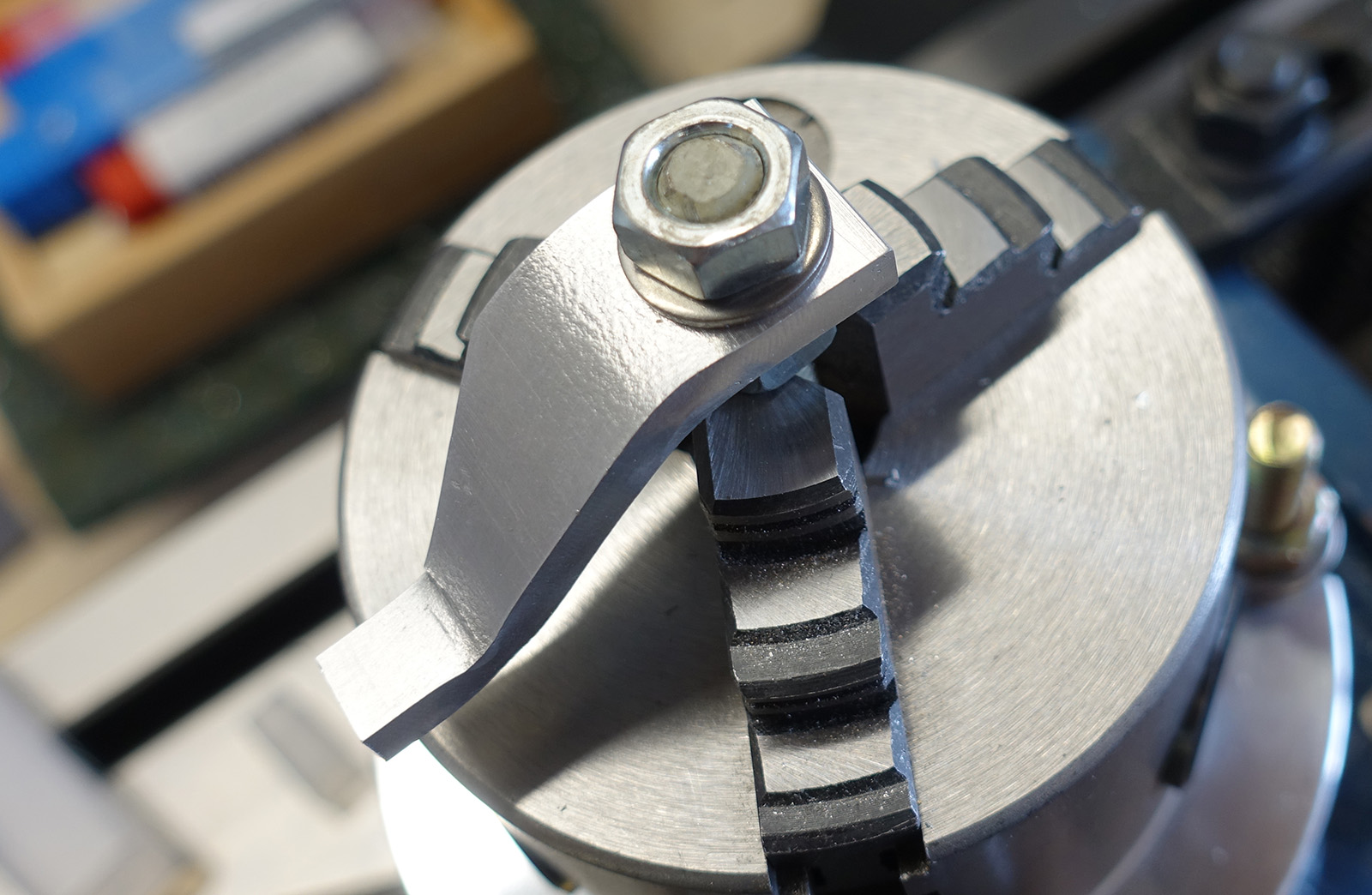 and then did the smaller round end with a file: 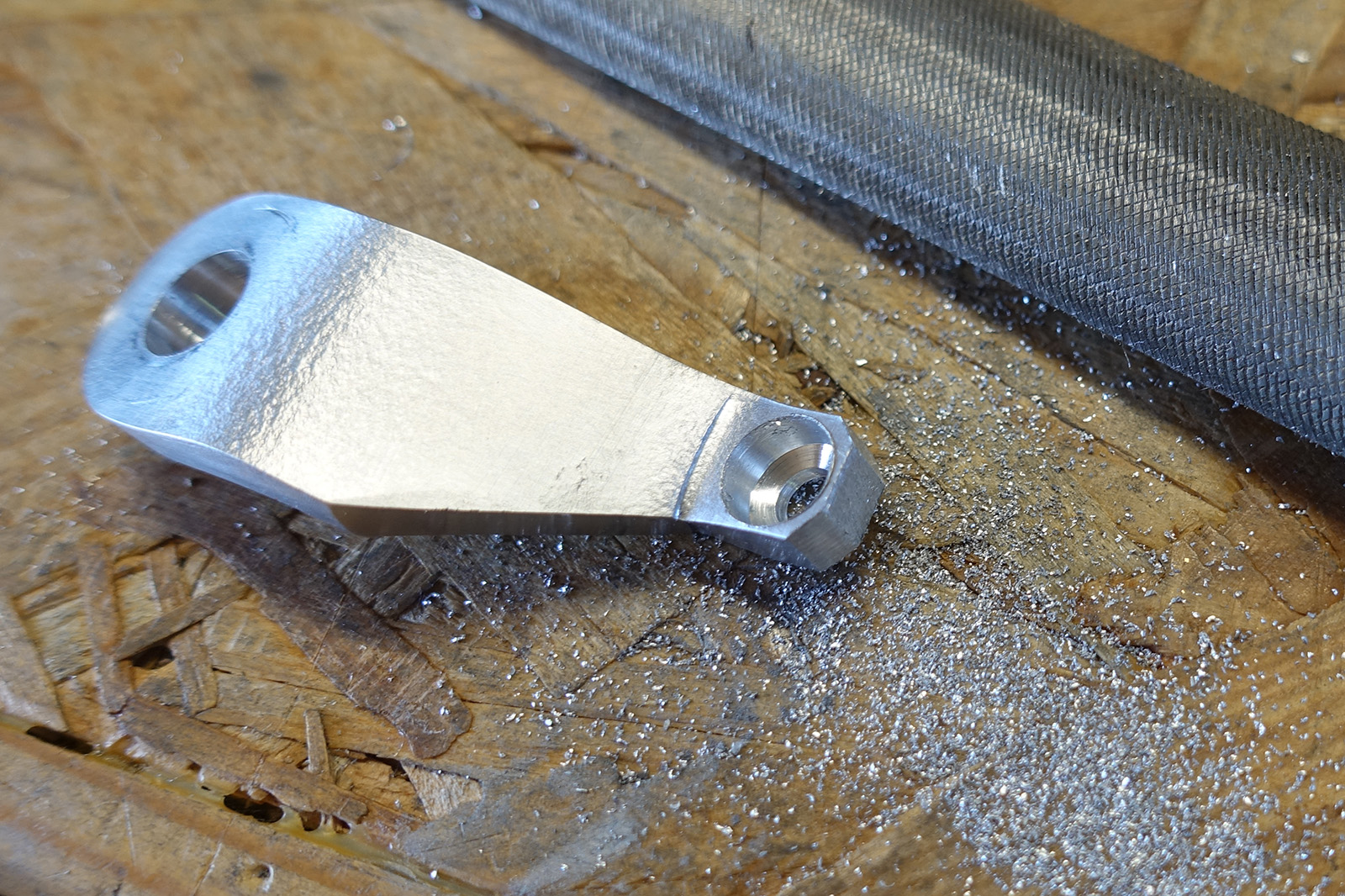 I think that at this point I stopped taking pictures as I messed up the hole in the first part on the mill, it's always at the last step that you mess up a part by some weird coincidence...

so, here are a couple pics of the rail and holding piece installed on my ZF-1, the holding piece is very far from perfect, and now i have to find the motivation to do the second one eventually.
but anyways, it looks nice from that side already even if it's not perfect 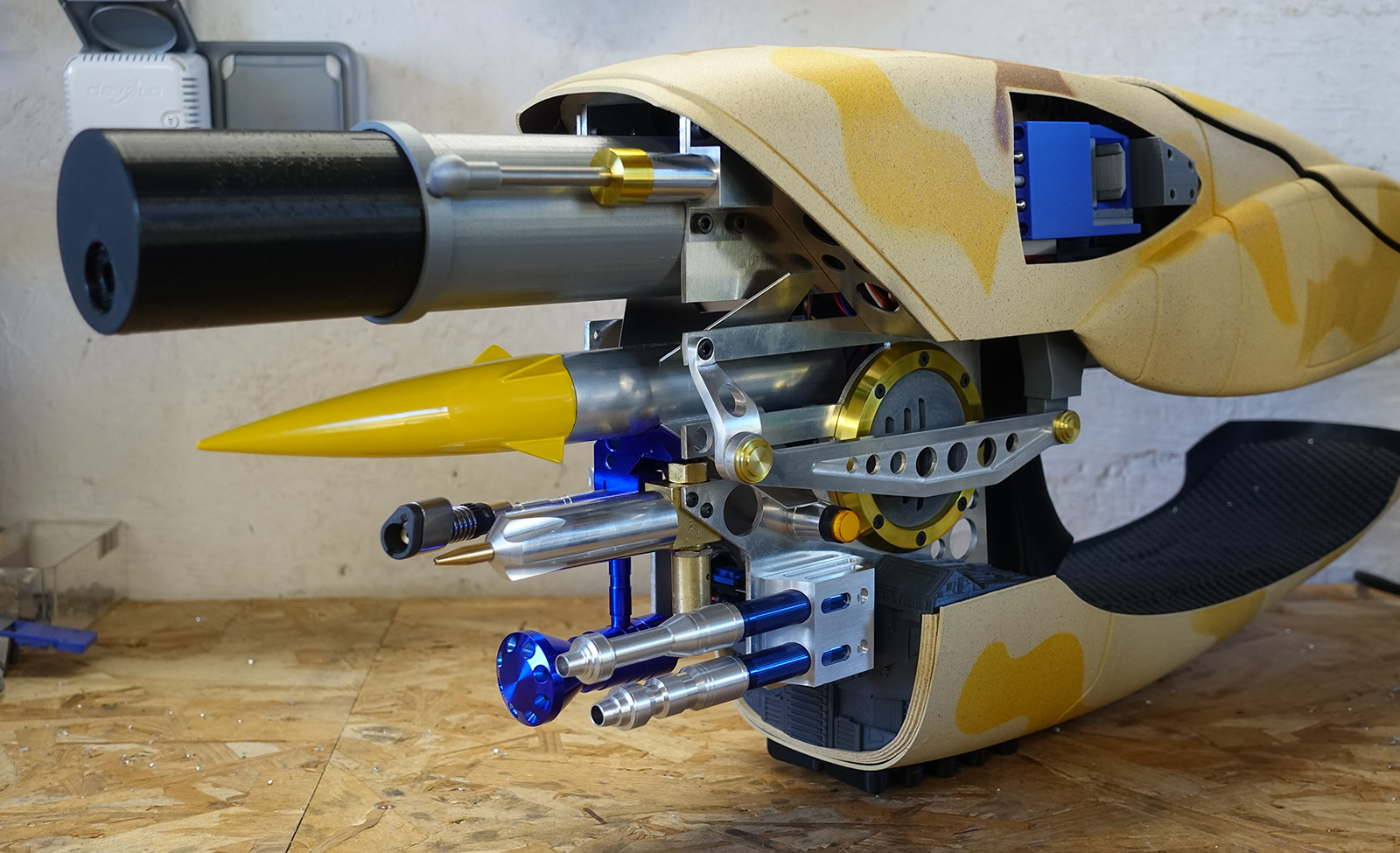 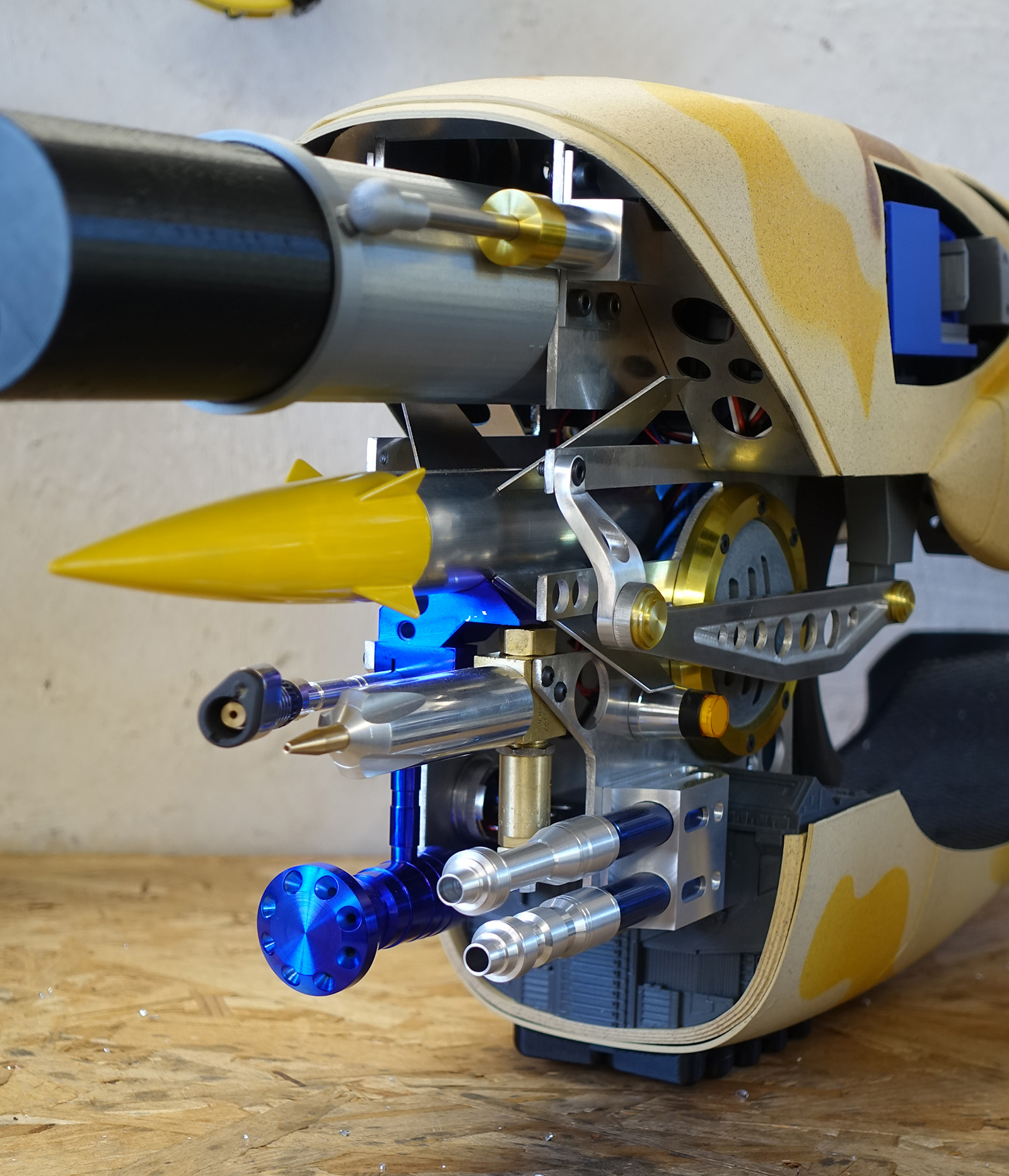 So when can we order them?

Jamesfett said:
So when can we order them?
Click to expand...

hum, well, I don't know exactly but either at the end of the week or next monday, to avoid doing it during the week end again
or you meant those crazy bent parts? and in this case, ahah, hum, never, right?! I don't know if I'll even manage to motivate myself to do the second one now, that one piece taking me a whole day was such a pity!

I had a feeling these in particular would be difficult due to the bending of such a thick material.

eethan said:
hum, well, I don't know exactly but either at the end of the week or next monday, to avoid doing it during the week end again
or you meant those crazy bent parts? and in this case, ahah, hum, never, right?! I don't know if I'll even manage to motivate myself to do the second one now, that one piece taking me a whole day was such a pity!
Click to expand...


I want those parts, not excuses!

That has to be one of my better ones.

Wow eethan , looks spectacular! It's nice you can sidestep a bit of the work with that outside company order. Still plenty of work on your end, but maybe a bit easier?

RPF PREMIUM MEMBER
ahah, but no guys... I really can't, those are too hard to run... now I want to try but seriously, they are a real pain and I don't want to sell them for more than they could be done by someone with better tools.
but thanks a lot for the nice comments

The amount of work and machinery and time needed to create metal versions (unless you enjoy the process for a single pair) just isn’t financially viable if you have to produce 20 sets of these things.

Beautiful work and yes...it's a learning curve and I'm not surprised that it took you a whole day to achieve those parts.
It's always the same story: "Yeah...I'll do that piece in 2 hours and next thing you know, the Wife is calling me to eat supper

joberg said:
Beautiful work and yes...it's a learning curve and I'm not surprised that it took you a whole day to achieve those parts.
It's always the same story: "Yeah...I'll do that piece in 2 hours and next thing you know, the Wife is calling me to eat supper
Click to expand...

I'm kidding of course. Just put her in her place and make sure she knows the pecking order. Props, then wife. Tell her if you are working on props she needs to bring you your food and if she does not like it she knows where the door is,....crap, I gotta go. My wife is coming.