The worst movies you've ever seen?

I don't know if this is a thread already. Anyway in your opinion what do you think is the worse movie you've ever seen. It can be for any reason, anything at all.

I can't think of the worst movie but I'll start off with one that is in my list of movies I consider awful:

The only other time I would watch it would be with my friends to make fun of it.
J

It's already a thread, and it's still Master & Commander Far Side of the World.

Natural Born Killers was hands down the worst movie I've paid to see in a theater. House of Thousand Corpses a close second.

Most Christopher Nolan films - while not the worst - are still dramatically overrated.

I dug it. Wasn't great, but there was enough there to have fun with.

But, I usually dig the faux-doc thing.

JD said:
Natural Born Killers was hands down the worst movie I've paid to see in a theater. House of Thousand Corpses a close second.

Most Christopher Nolan films - while not the worst - are still dramatically overrated.
Click to expand...

I love NBK give it another shot! Then another! Great movie!:lol 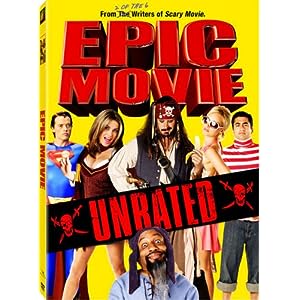 The worst piece of drek ever dreamed of. A waste of time and film.

I've seen more than my fair share of bad movies, but these two come to mind for the worst:

The Black Dahlia (2006). Brian De Palma apparently spent so much time making sure it looked like a Brain De Palma movie that he forgot about telling a coherent story.

Surf II: The End of the Trilogy (1984). Mind you, there was no Surf I, and the attempt at a clever name was the most interesting thing about this steaming turd. This is the benchmark to which all other bad movies should be measured, as in "Well, it was bad, but it wasn't Surf II."

RPF PREMIUM MEMBER
Punch Drunk love. It angered me it was so bad.

Color of Night. I swear it must be four hours long because I tried to sleep through it (in the theater) and every time I woke up it was still going.

Concur with The Black Dahlia. It looked like a Brian De Palma TV movie.

Manos the hands of fate

The Mummy 3: Tomb of the Dragon Emperor (Only movie I actually felt like walking out of)

Dragonball Evolution (This was so bad it made M.nights questionable effort on The Last Airbender look like Citizen Kane)

Jaws: The Revenge (How did the greatest film of all time get a sequel this bad)

No budget- "Things" (straight to video "horror" film in the 80s... I've seen fanmade films that were better.)

OMG Dragonball Evolution was complete ****!! I LOVE the Dragonball and DBZ series (GT was crap) and the movie was also.... complete crap.

RPF PREMIUM MEMBER
The Devil Inside

and a movie so bad it's good (which does that disqualify it?)....

Skyline was so bad it fills all five slots of my top five worst movies ever. I would try to kill the memory of it with a Q-tip, but that might mean I would end up seeing it again.

Robot/prosthetic arms in movies - would they really let you lift heavy objects?