The show your custom BLASTER thread!

RPF PREMIUM MEMBER
Obviously, building a custom lightsaber is a thing anyone can do, and it will always be Star Wars. But a blaster-- that takes a little more work. With all the rayguns, blasters, laser pistols, phasers and whatnot in scifi, "guns" are a bit more obvious and widespread.

So the challenge of building a blaster with an aesthetic that is undeniably Star Wars, but is also original in some way is pretty awesome.
Christheeagle, @ScottD, thd9791

I plan to get into my first blaster build soon-- but for now, to kick things off-- here's a custom paint job on a Biker Scout blaster. This is kinda special to me-- the Biker Scout blaster was the first toy gun my mom let me have, and it was also the first "mod" I ever did when I decided to paint it.

It was hideous of course, I wish I still had it or a pic, but I don't. But this color scheme is the same was what i did then-- but you know.. done with a bit more skill. 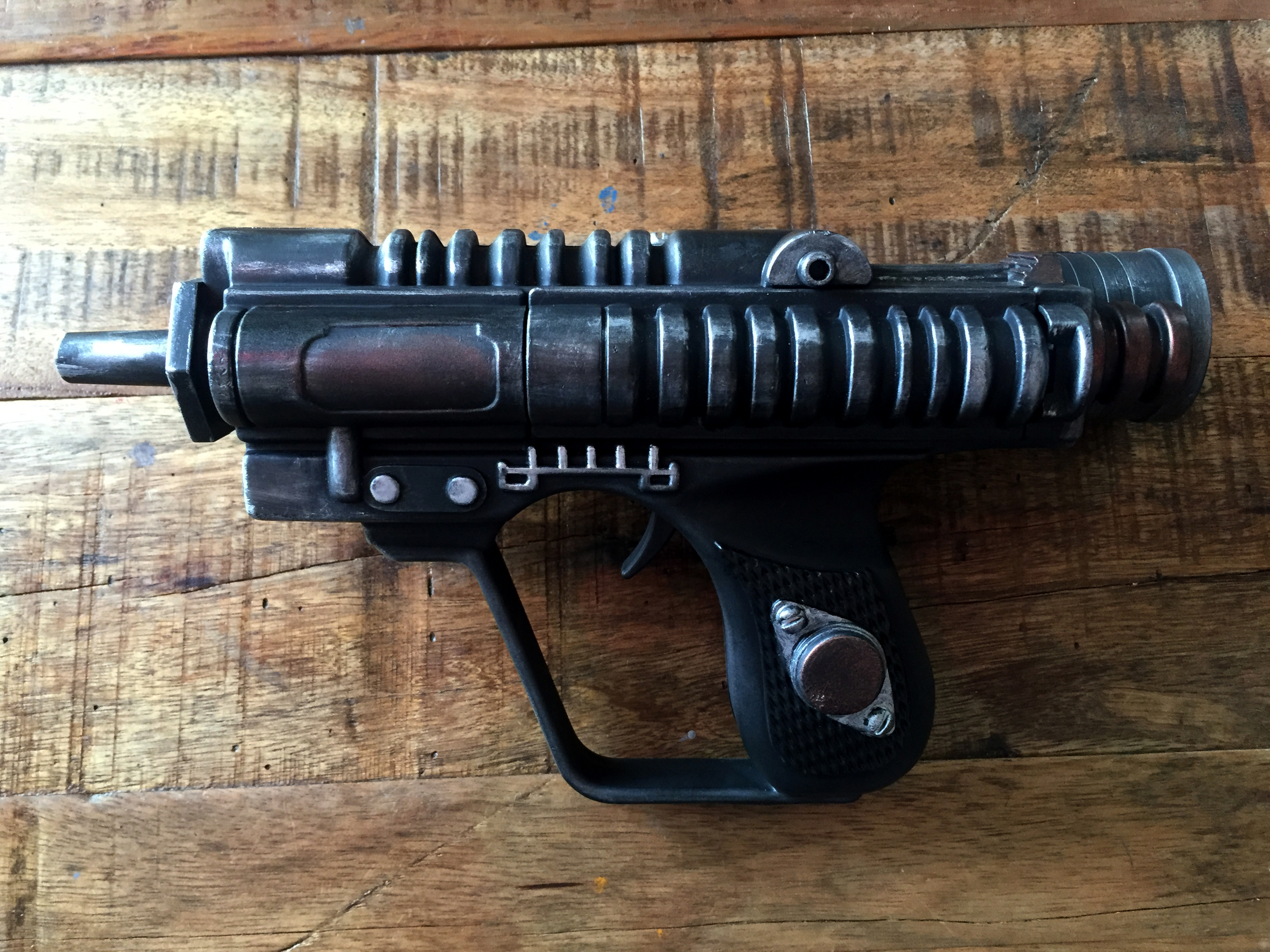 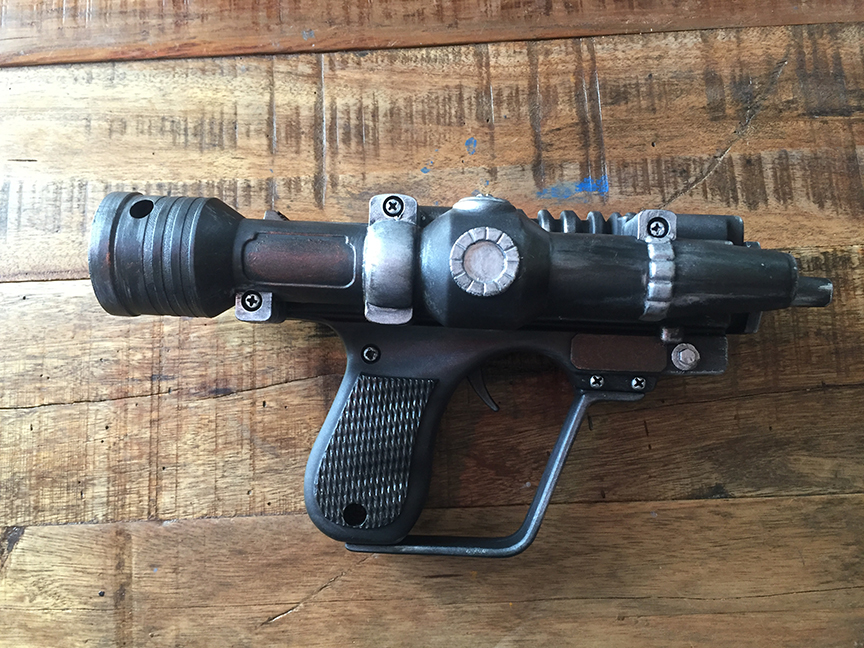 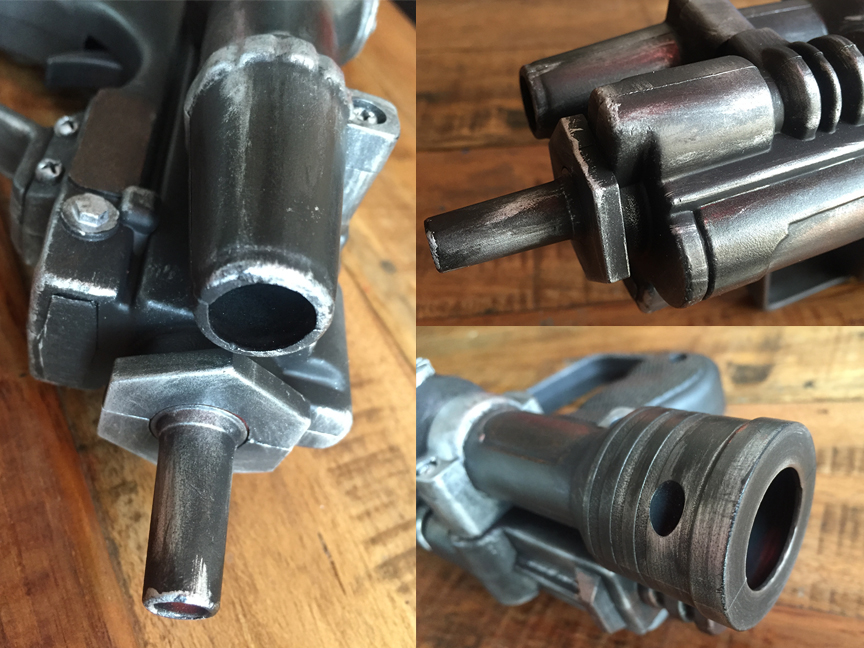 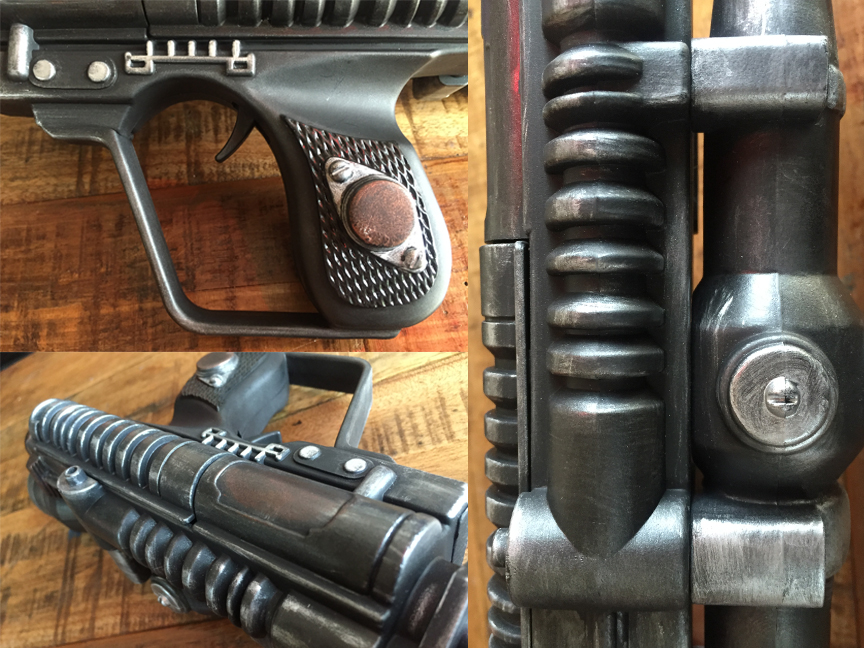 There's some brush-strokes to touch up, and a couple seams that I want to sand down and cover... but it's good enough for the shelf!

And I'm dumb-- after I took these I realized I forgot to remove the tape from the cool little targeting sensor... 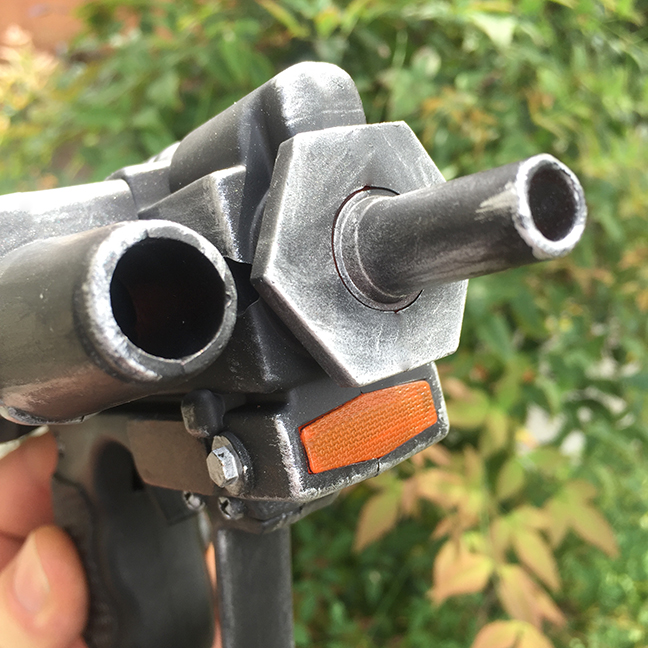 I only have one custom blaster.

That sterl-thing is awesome [emoji1417]

I've always loved this pistol. It's small but still dangerous-looking. Your paint job rules. Sentiment usually beefs up a love of something that much more. My uncle and cousins actually do WW2 re-enactments so I've grown up with a lot of Mausers and Lugers, which is probably why the DL44 or the Power 5 speak to me spiritually. I have a variety of blasters I'm working on so I'll definitely post. Hopefully others will contribute to! Kudos Seth!

RPF PREMIUM MEMBER
I can't wait to throw my hat into the ring! I think you've opened up another can of worms, SethS...

The only one I've done was when we had the custom blaster contest. I'm guessing it was 2000, because that's when my pics were labeled from. I wish my camera from back then would have taken bigger pics though! I built this as the type of sniper rifle Myn Donos would have used in the Wraith Squadron novels. If I had to do it over, the scope was too far back, and I would have put some kind of flash hider looking thing on it. I was going for a big heavy looking barrel. I also made a short text file that describes it, like it's an in universe document, which is pretty cool. I don't have any way to store it online to link to it though. So if anyone is interested PM me and I can just copy and paste it. 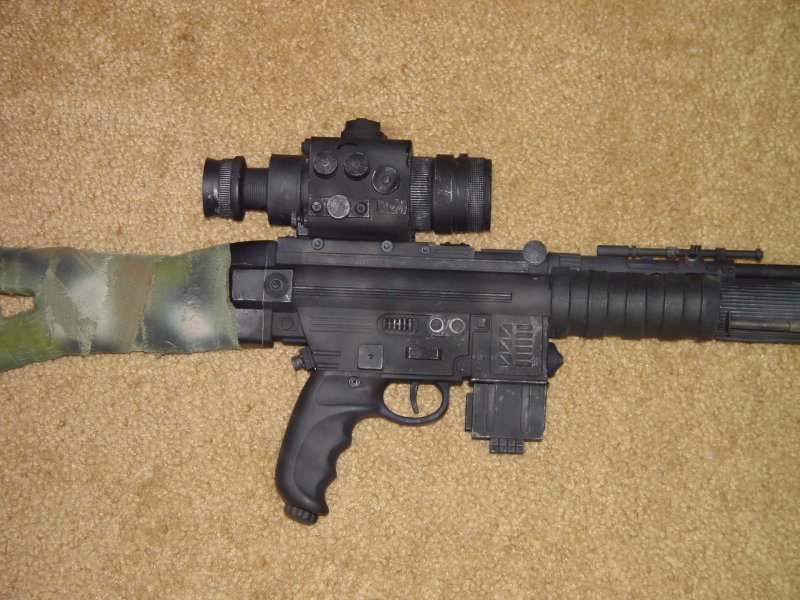 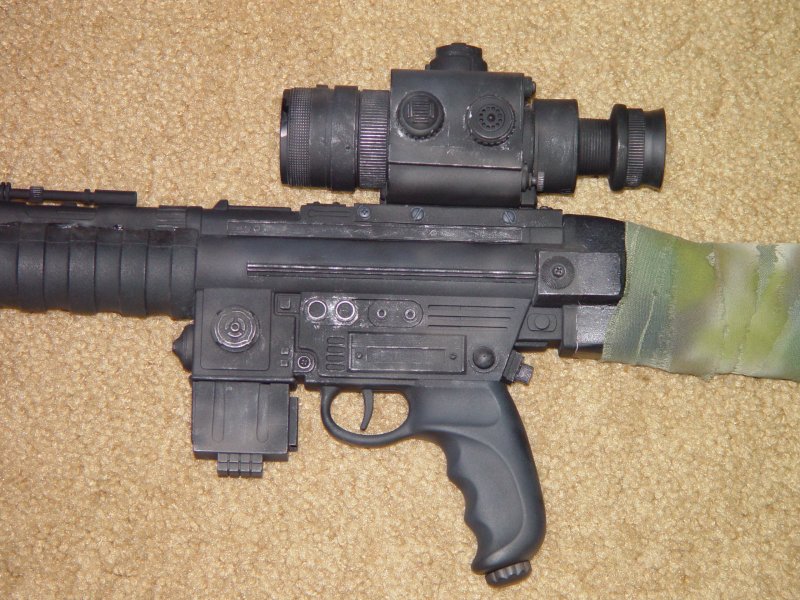 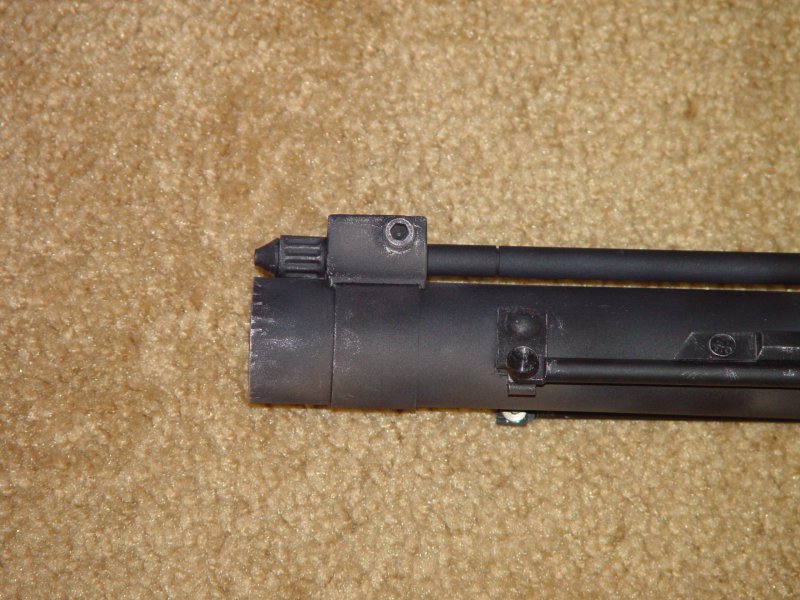 Bipod detail, which I would have added better function to. They fold down, but only stay by pressure from thumb screws. 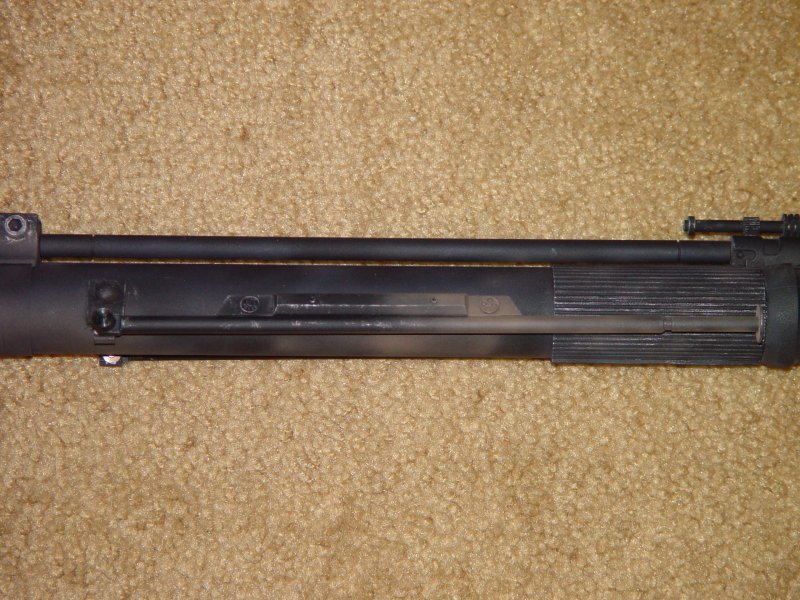 Does this DL44 I just finished count?

Sluis Van Shipyards said:
when we had the custom blaster contest.
Click to expand...

Well, that brought back memories.

If I remember right, I was 2nd place and I lost out to a Luger water pistol with an Elmer's Glue tip for a muzzle. Hey, I'm not bitter, though.

Jeff R.(TK421) was the one that put on the contest and the prize was one of his SE-1995 Blaster rifles. Years later, I remember reading that the winner of the contest never got it. So I guess everyone lost.

Jason, yours was more deserving. I remember Dean O put together a custom Battle Droid Blaster for the contest, just as I did, but his had a lot more creative effort. I just threw a scope, saber grips, a broken laser sight and some random greeblies at mine. 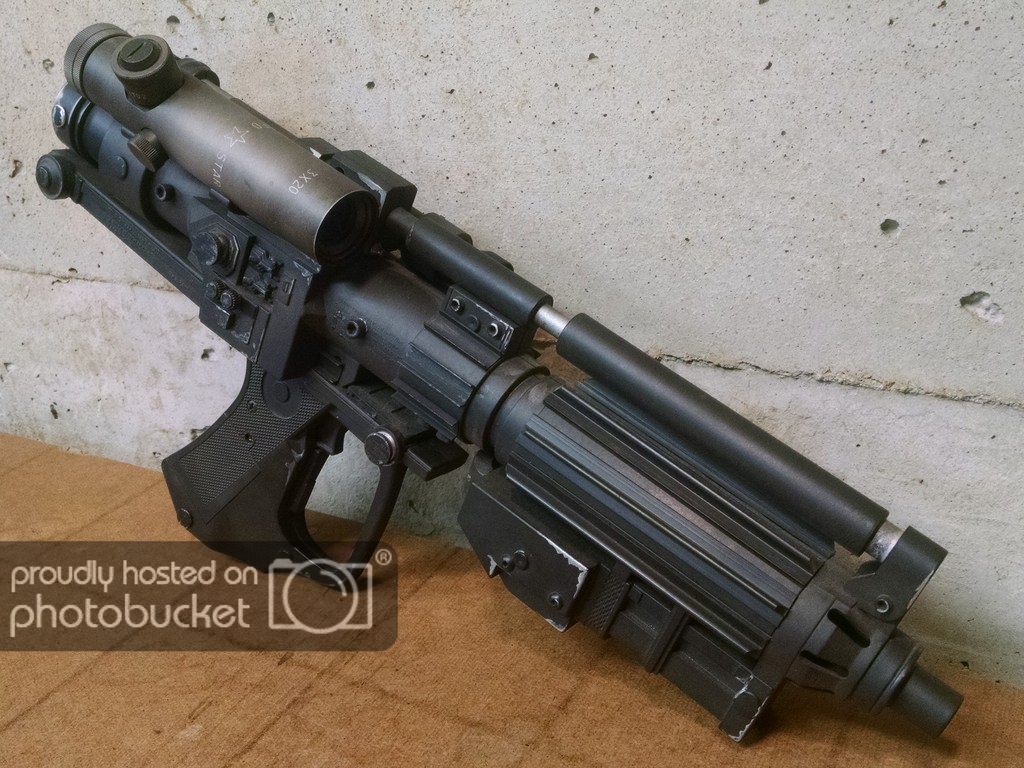 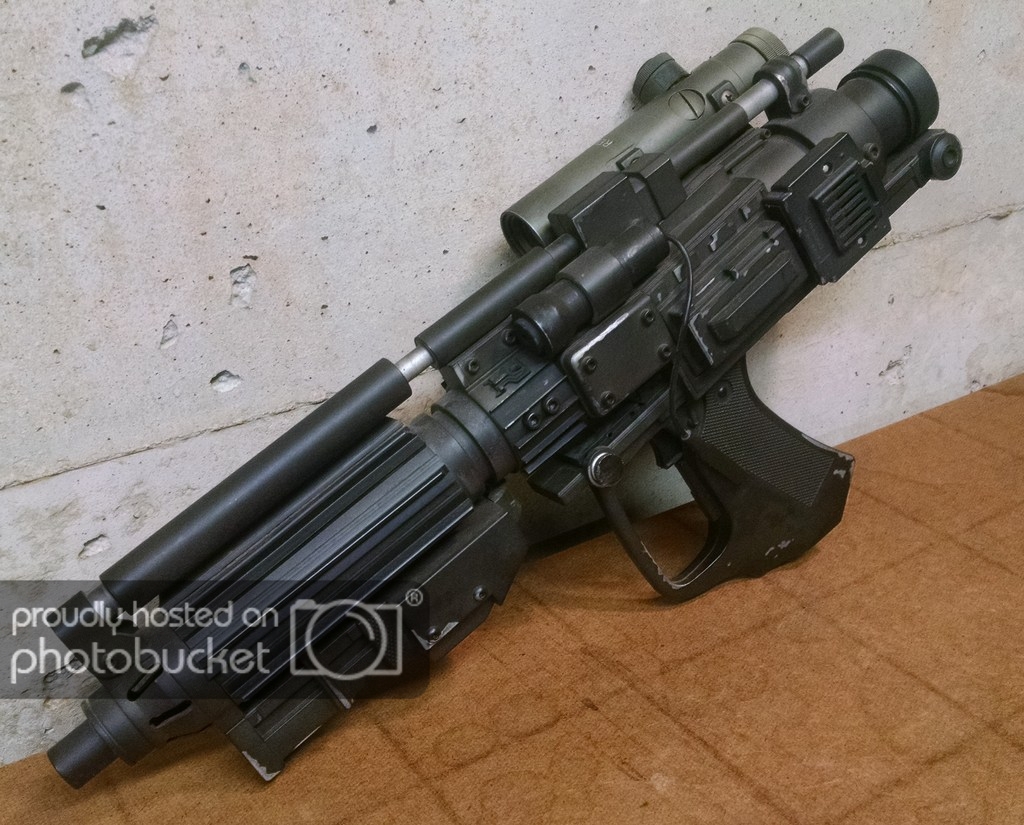 Is that droid blaster the toy version?

Is that droid blaster the toy version?
Click to expand...

I will soon. I actually have another custom DL series blaster that you haven't seen yet. I'll post it next.

Yep, this one is the Hasbro version. There's a reinforcement on the inside to deal with the weight of the scope because it's bolted on. It would break the plastic if it wasn't there.

It's also weighted inside to help balance it out..

Its still in its early phases, but this is my custom rifle for my mandalorian build so far. I'm currently trying to work out some detailing on the sides of the gun to fill it out a bit more. (ignore the frog tape, its currently holding everything together.)

Man, I'd really love to start building something to contribute to this thread. I have some idea that I think would be pretty awesome, but I don't have the cash to get the parts I want yet. Plus, I feel like I should do something with all of these flash handles first...

Spacemunkie said:
Does this DL44 I just finished count?

Cheers! The grille is leftovers from an AMT Klingon BOP kit

RPF PREMIUM MEMBER
this is so cool!

I WAS onto a Leia/Officer type air pistol with military greeblies but....I destroyed the gun. Literally the barrel broke off, the frame started to crack and crumble (It was metal....) so I had to give it up as a lost dream.

I'm buying another design of air pistol and starting this again though!

Spacemunkie said:
Cheers! The grille is leftovers from an AMT Klingon BOP kit
Click to expand...

I knew that looked familiar! I was going to ask if no one else did. It looks like it belongs on there!

Scott D said:
Jason, yours was more deserving. I remember Dean O put together a custom Battle Droid Blaster for the contest, just as I did, but his had a lot more creative effort. I just threw a scope, saber grips, a broken laser sight and some random greeblies at mine.
Click to expand...

Thanks, but the instructions never said a completely custom blaster either! I think I used an old MP5 toy that I cut down, the grip from an old SEGA Genesis joystick controller, a piece of PVC tube from Plastruct, a Heiland flash clamp, and a metal rod from an old printer. The scope was an old VHS camera lens and the back was a fishing reel spool with an old binocular lens. I've been fending off my 12 year old nephew for 9 years because he keeps asking to have it so he could play with it. I think it would last about 5 mins. before it broke. :lol
Last edited by a moderator: Nov 9, 2018

Did you Disneybound Star Wars Style for Galaxy's Edge? If so, post your pictures.
21 22 23