Knocking back up to the first page after seeing the imgur post and Holy crap is that really a USS voyager engineering section bit of hull there? Did they use that in the original?

Back with my final update..

ZORG uses a small remote device to activate the weapon in the film. What better way than to activate mine!! 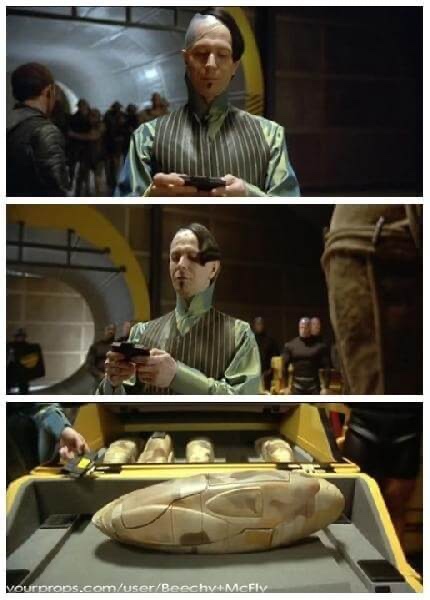 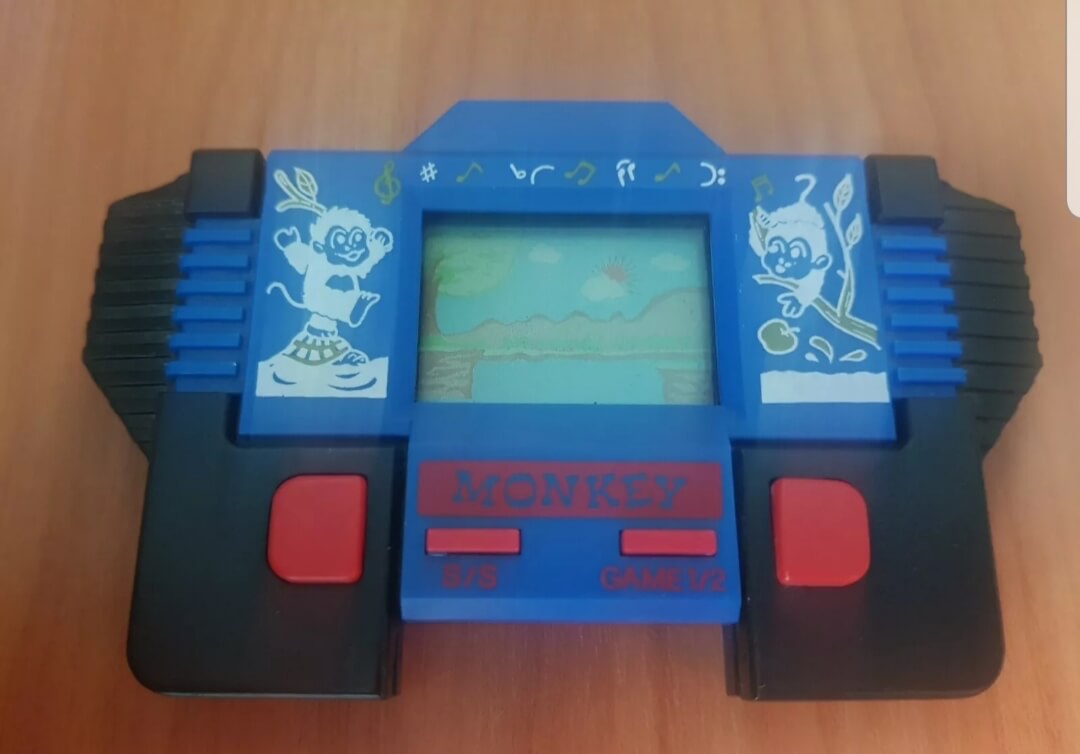 I 3D printed one instead from thingiverse.. 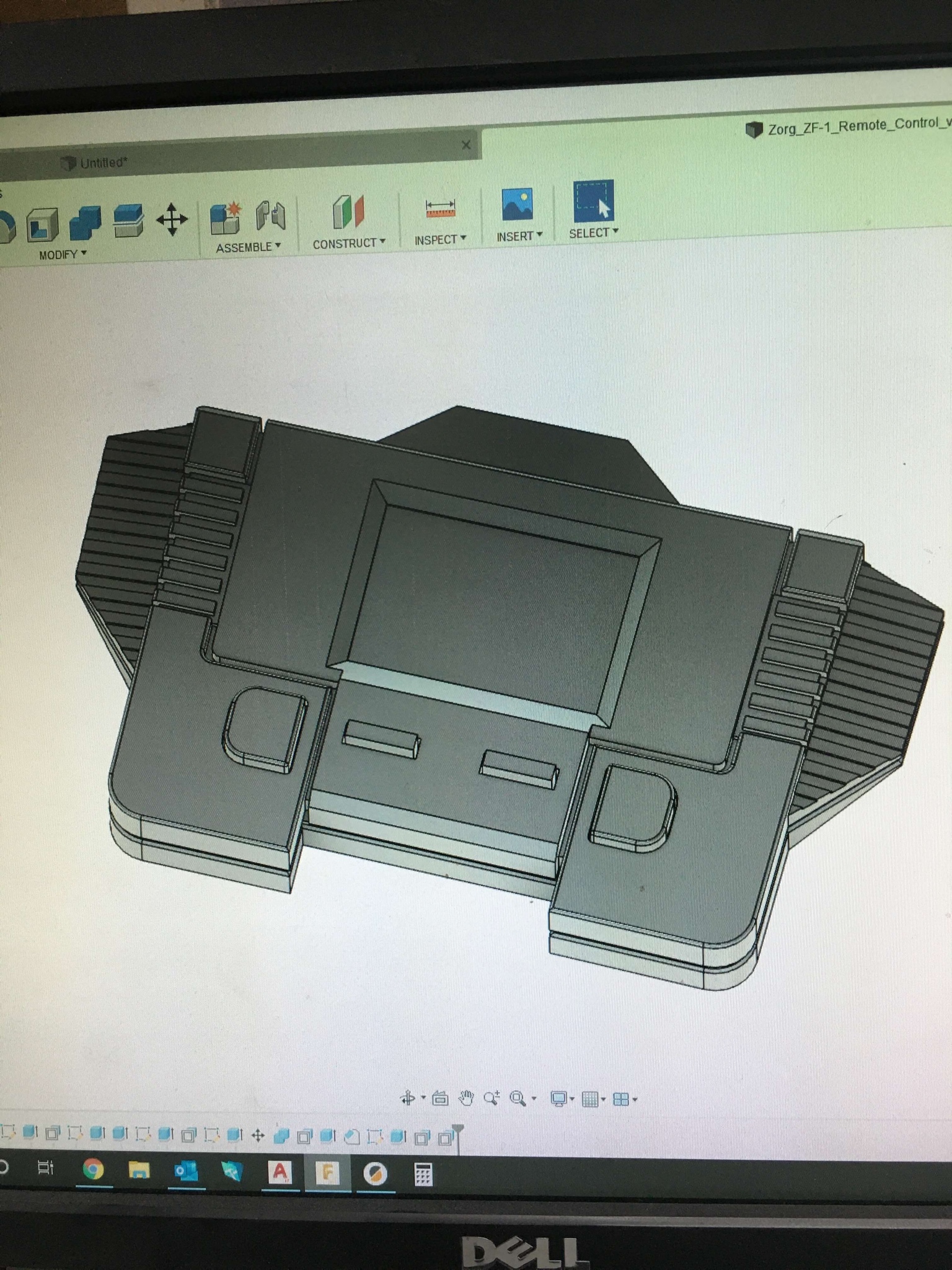 I rewired one of those cheap IR remotes so the LED protrudes out the side.. 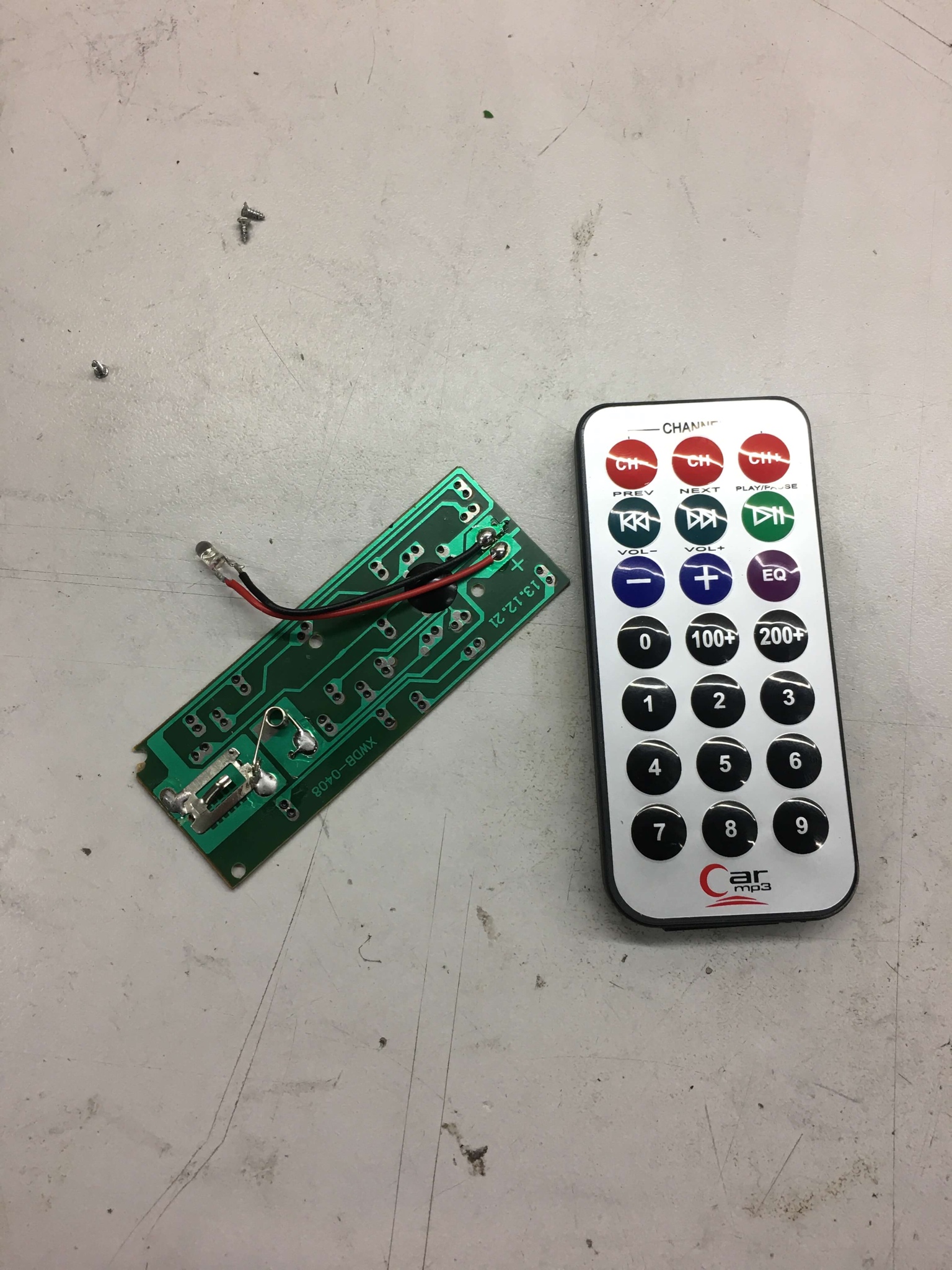 ...and shoehorned it into the 3D model. I figured this was quicker and easier than designing it all from the ground up (much easier!!) 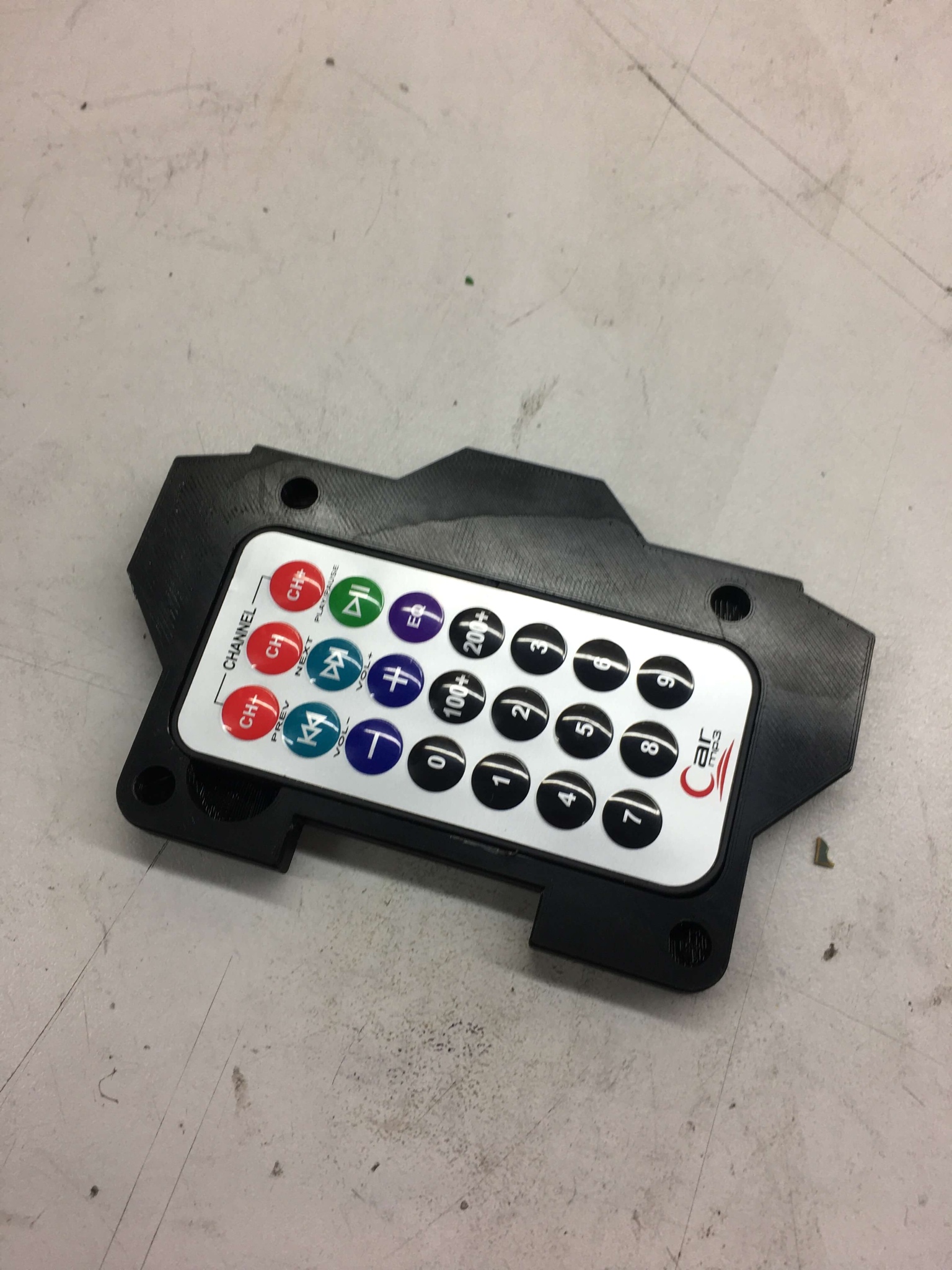 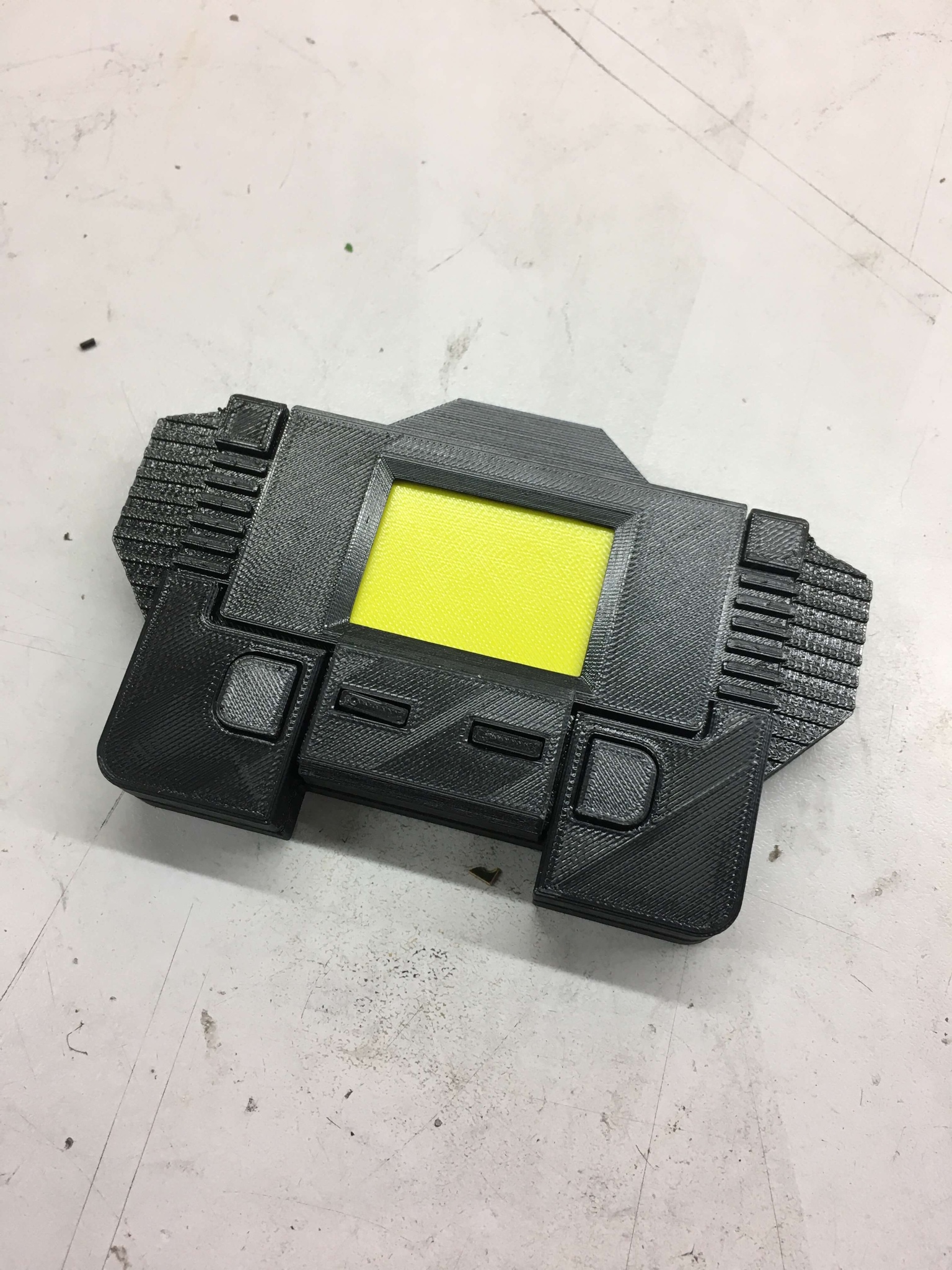 The two small middle buttons line up directly with two underneath on the remote. I programmed my gun to operate in two modes, one button lifts both the scope and top gun, the other lifts just the scope. The trigger performs either of these two actions with a single or double click. 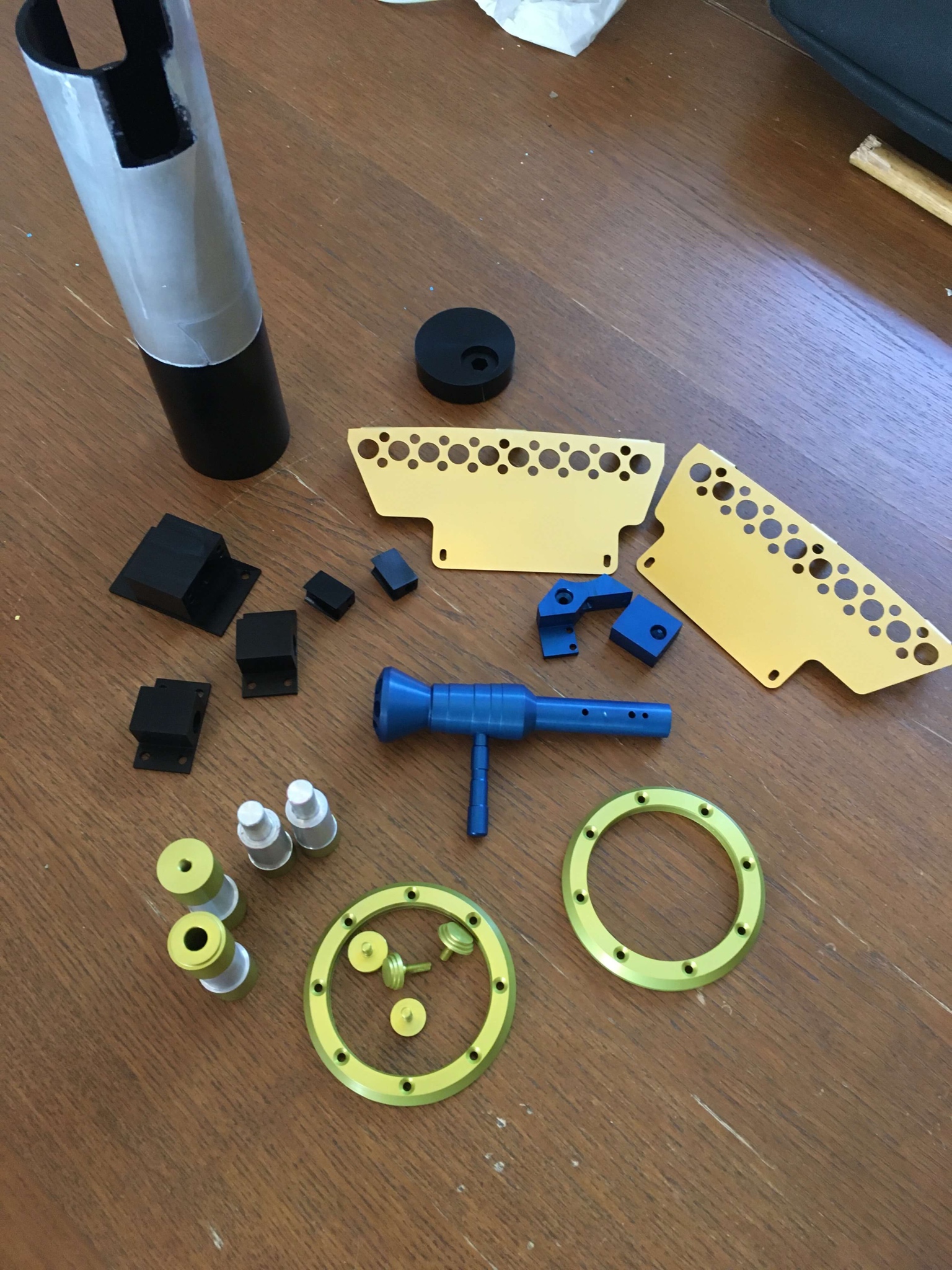 And the finished thing.. 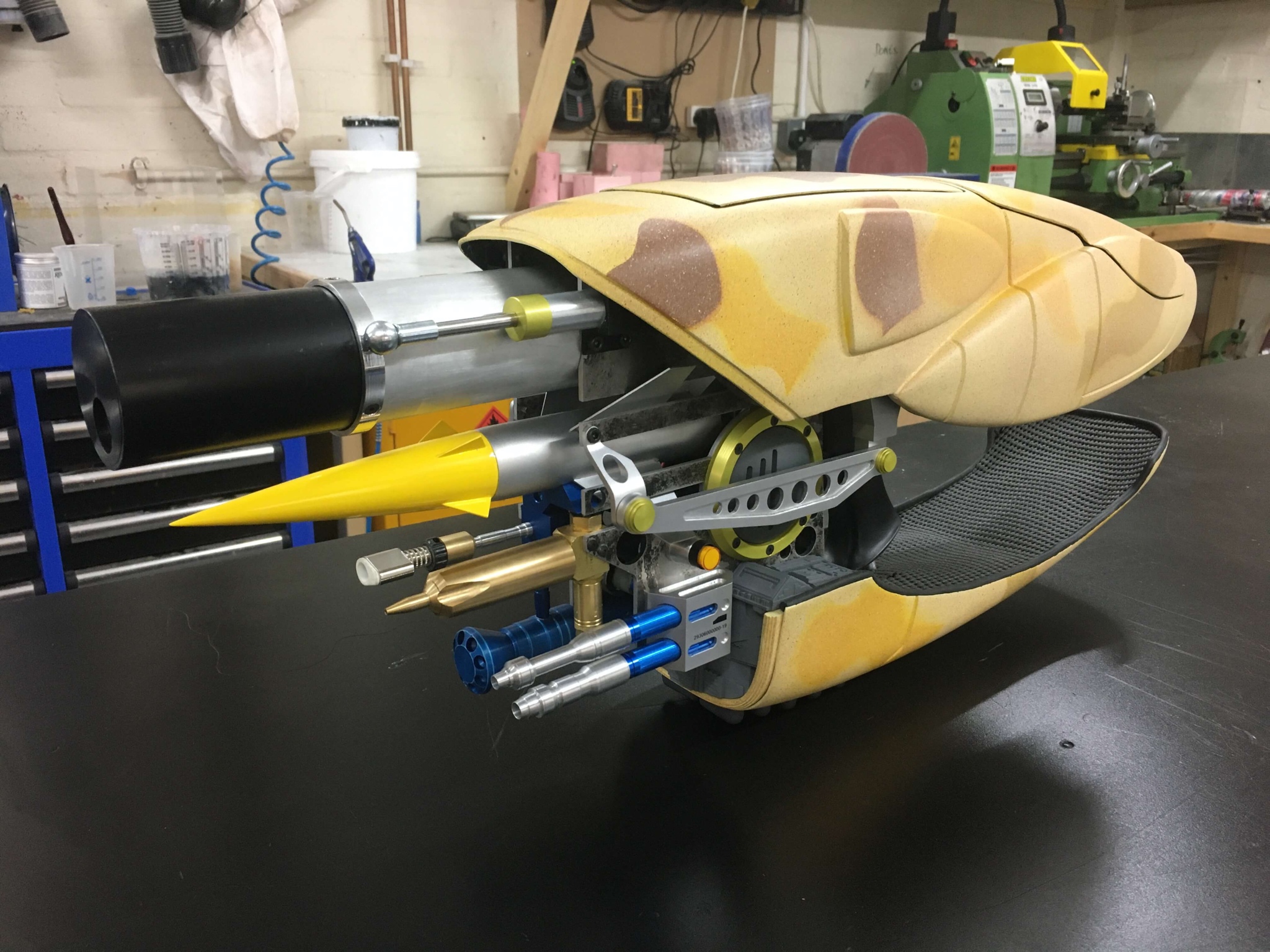 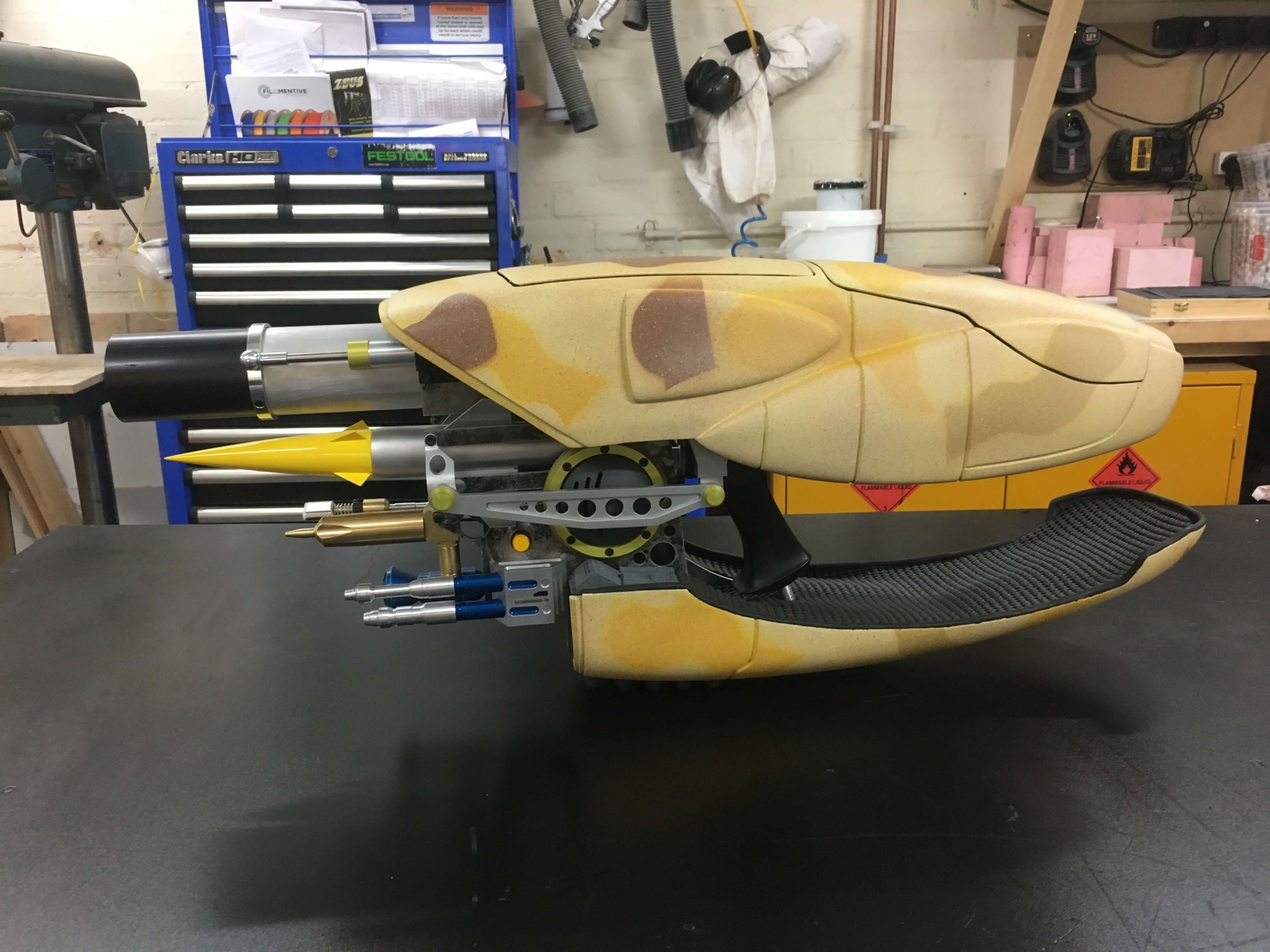 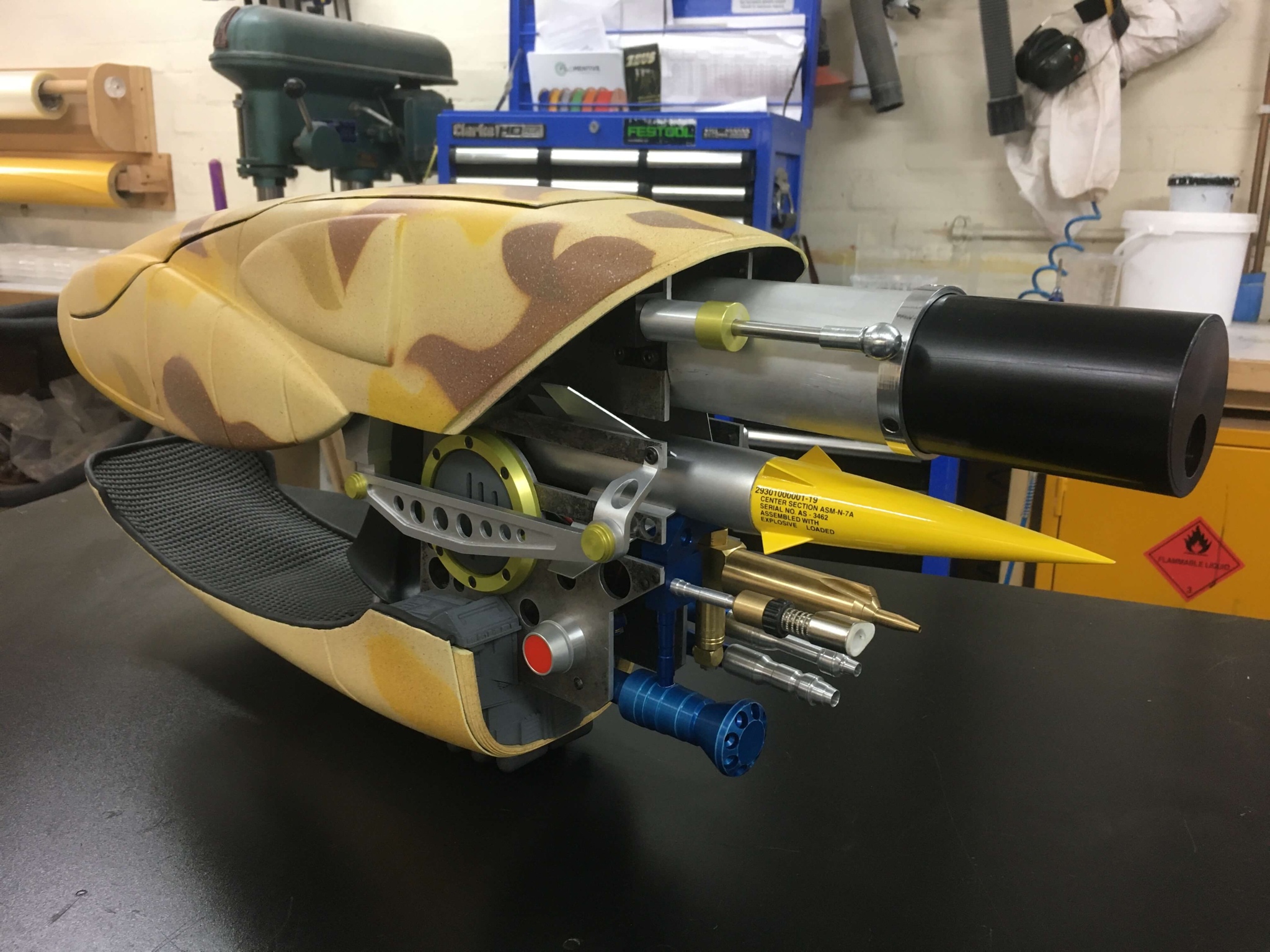 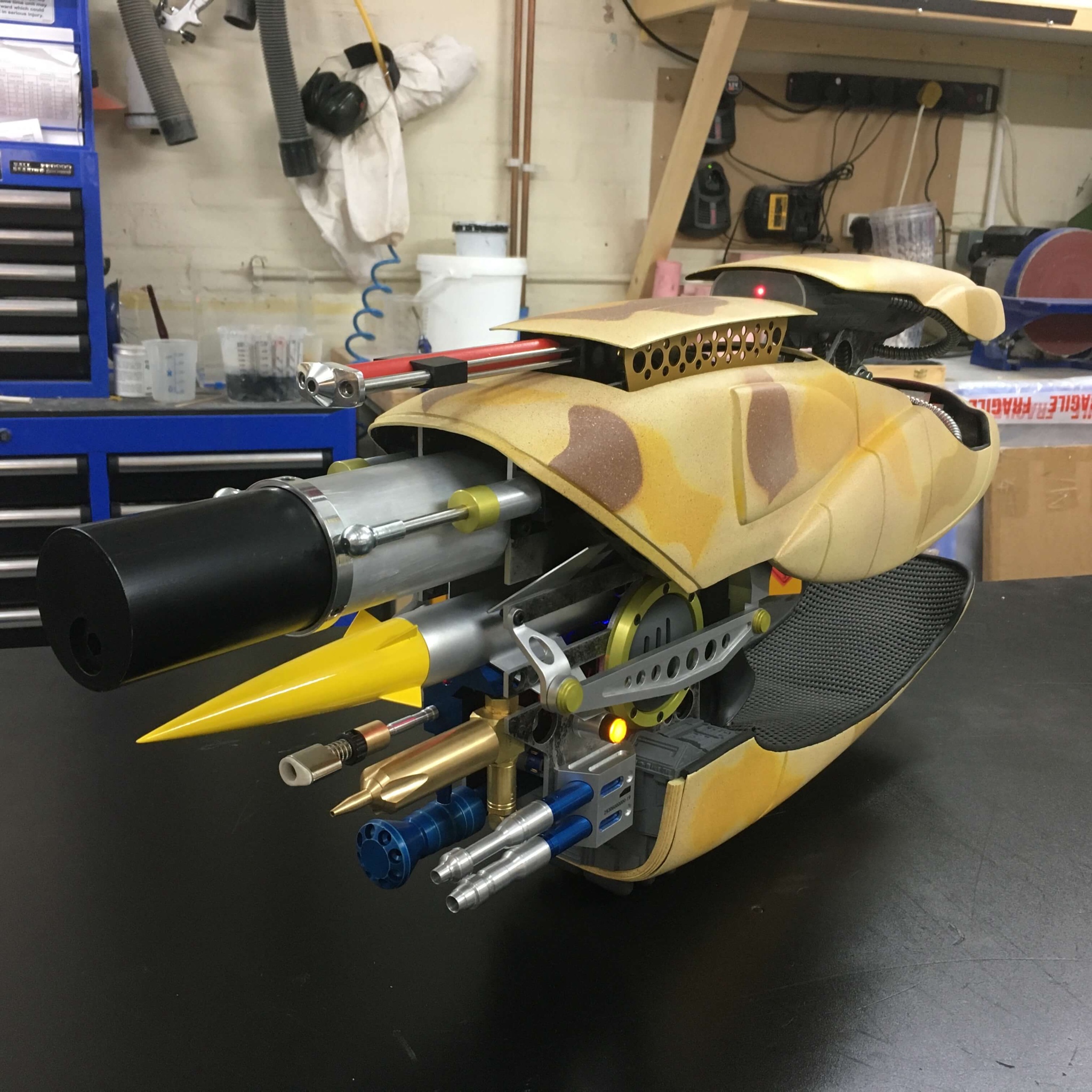 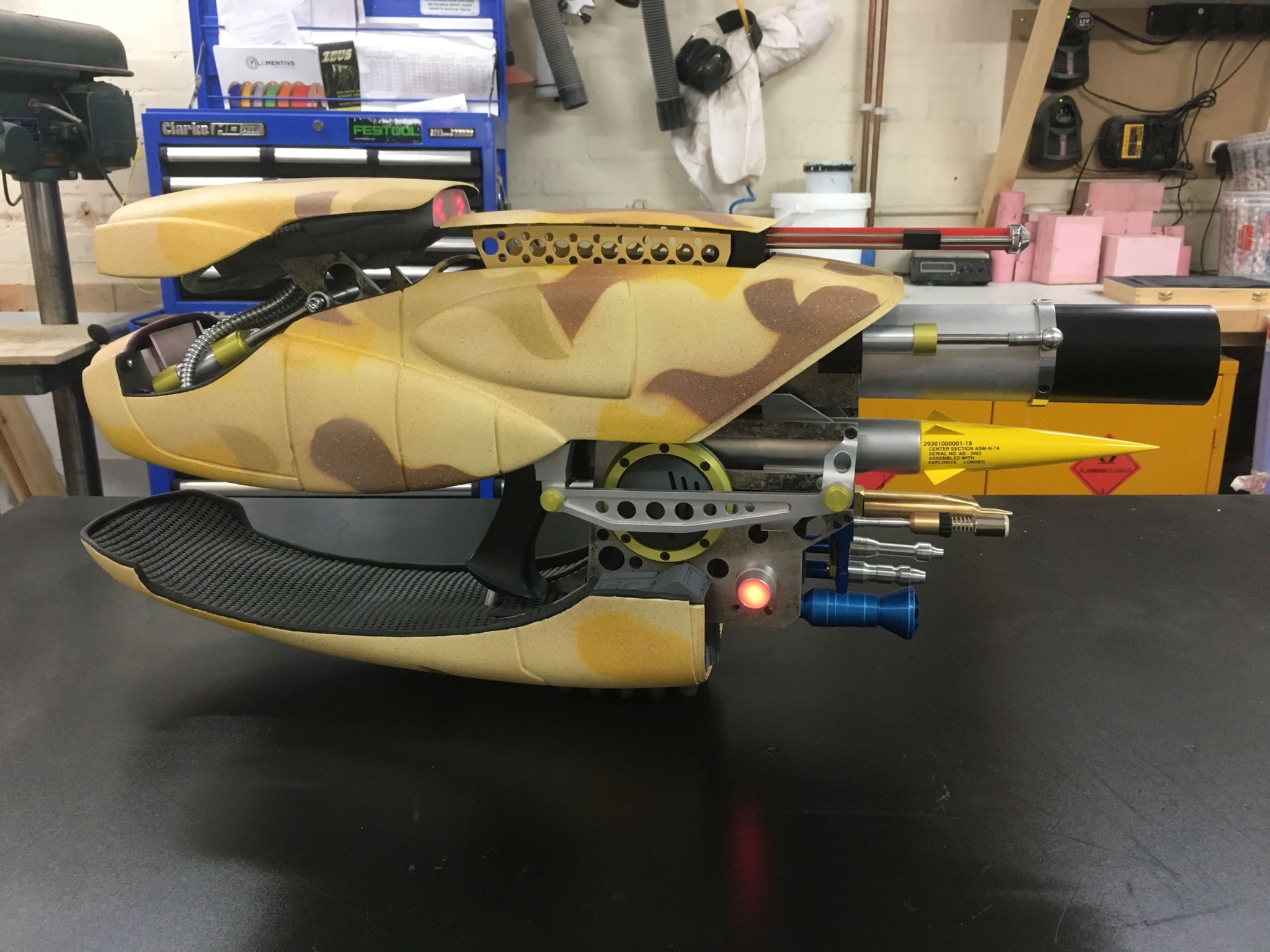 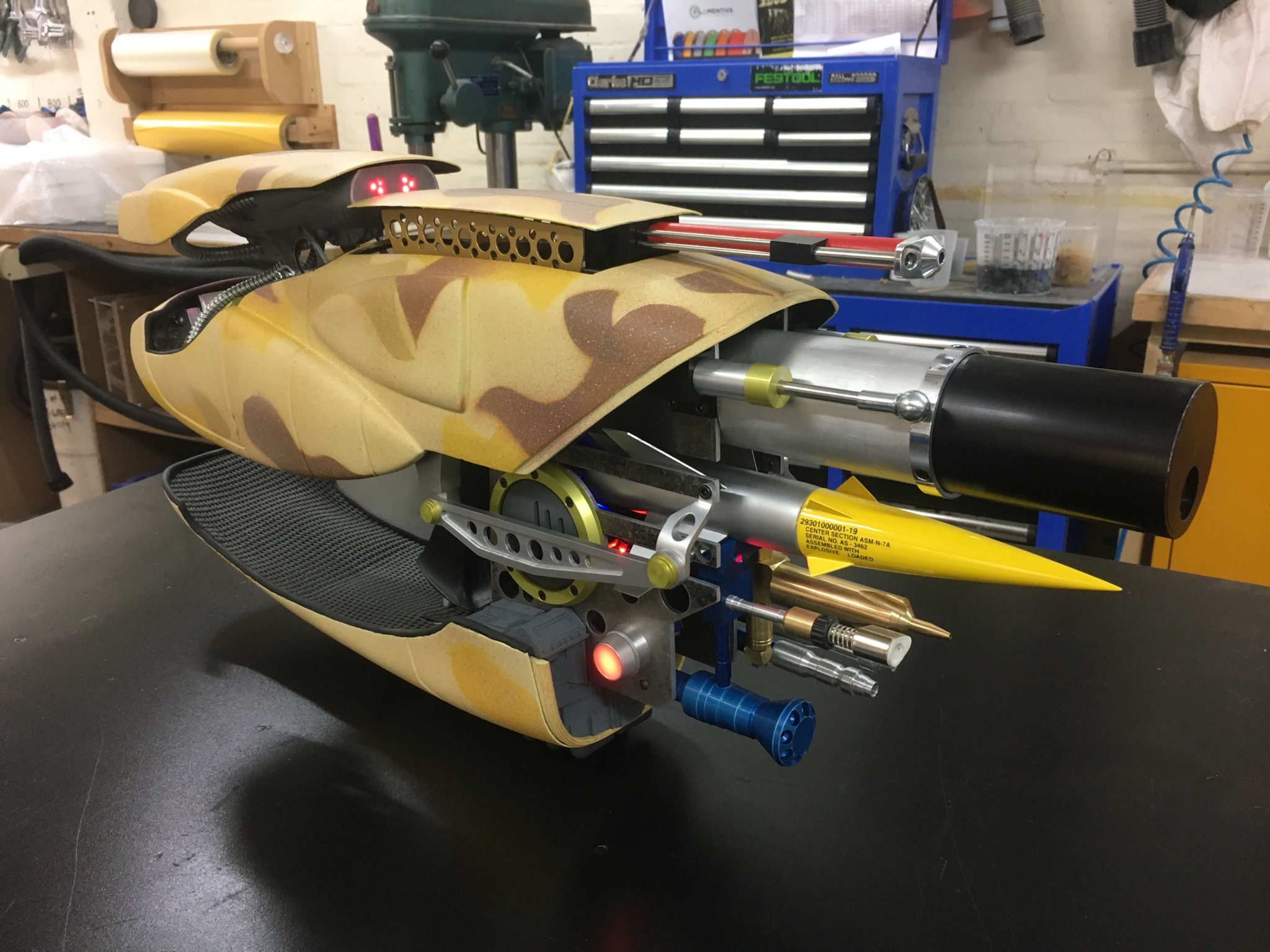 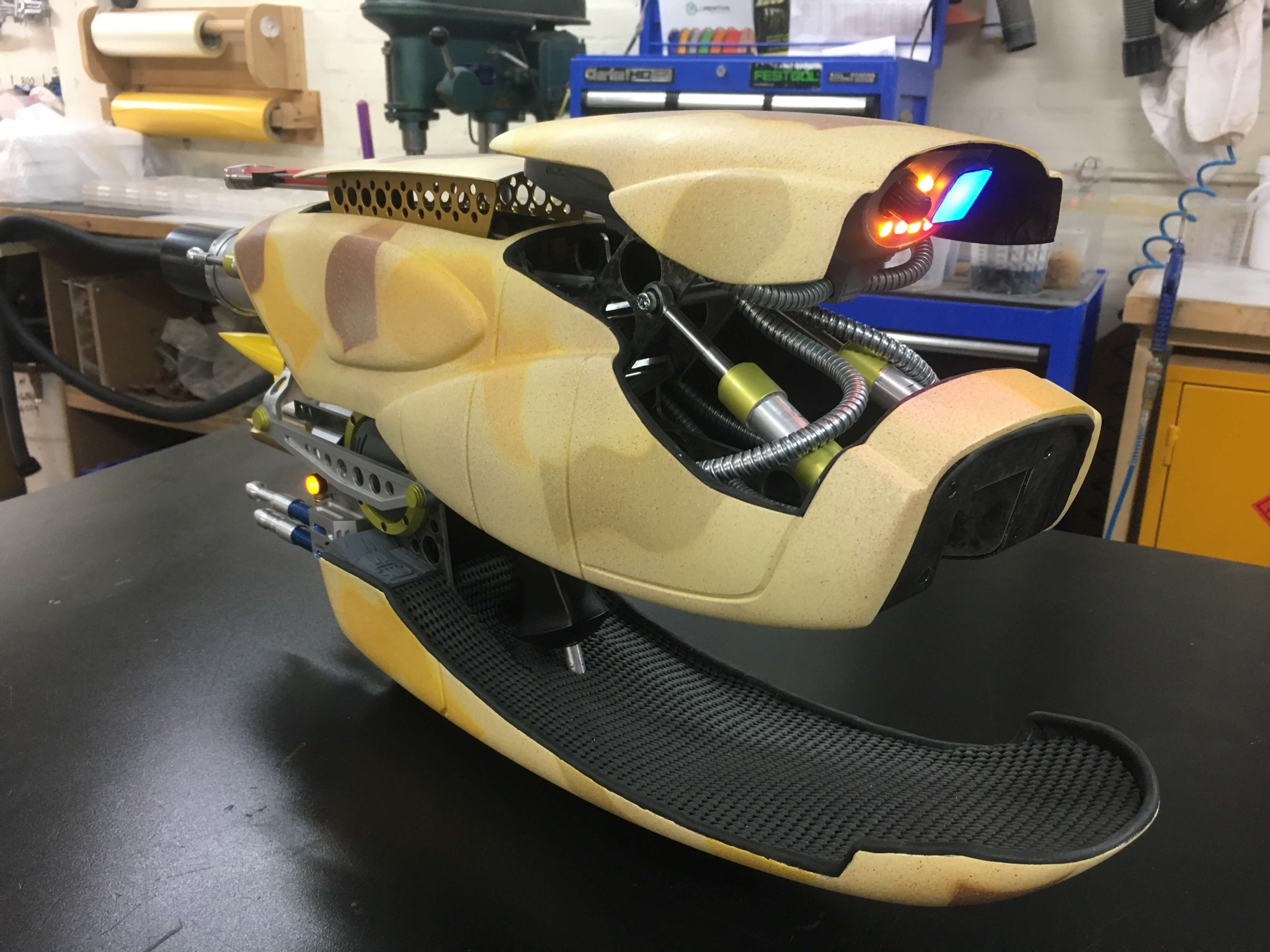 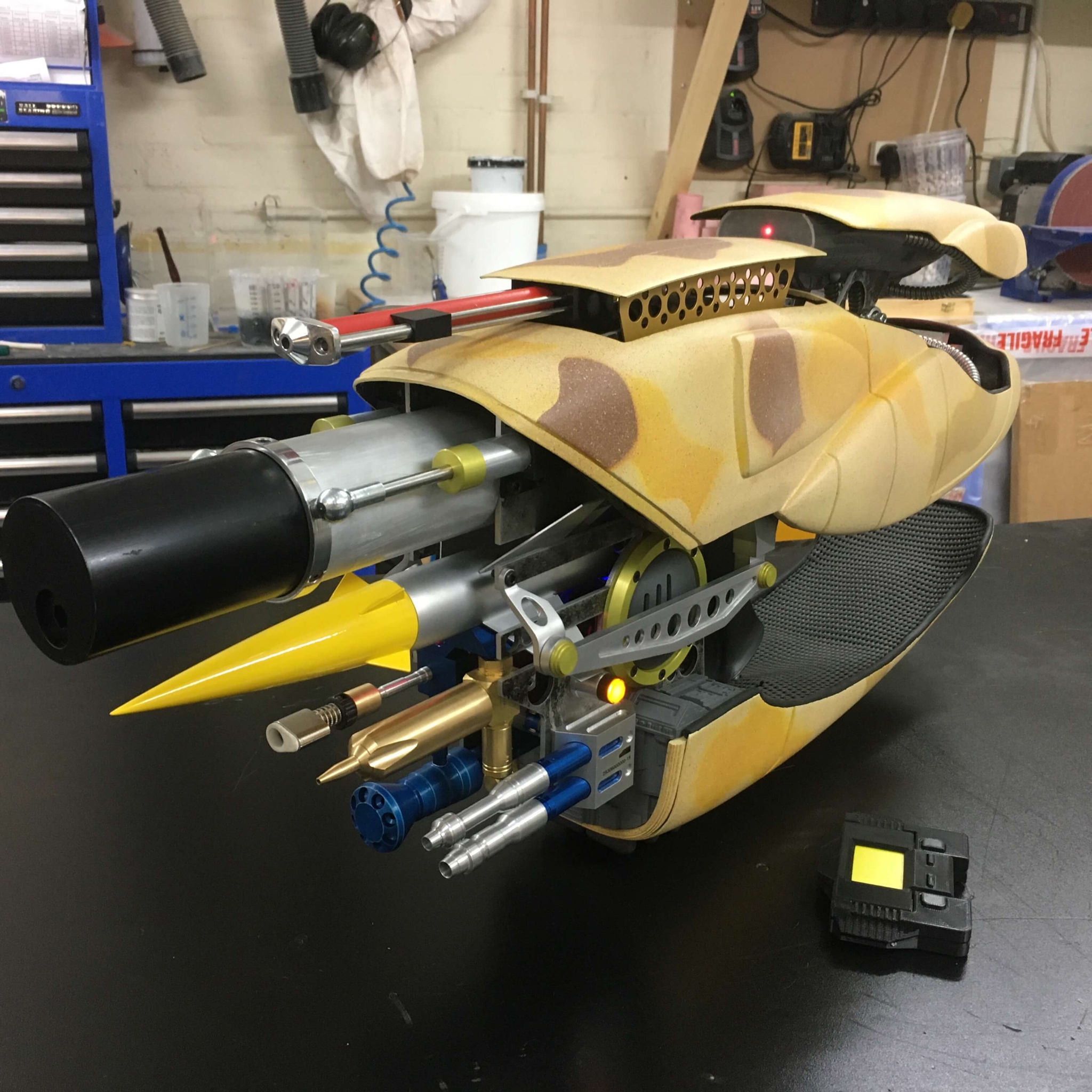 And me posing with it...

(Open in a new tab if video doesn’t play)

...and activating it via remote.

So that’s that then! My first prop, I’ve enjoyed building it immensely. I usually derive most of my satisfaction from the build process, rather than the finished result but I’m gonna make an exception here. Such an absurd weapon, they did a fantastic job designing and making this thing and hopefully I did it some justice!!

Thanks for the kind words and feedback, onto the next project!
Last edited: Apr 10, 2020

i think we all wish we could have that, and excellent touch with the remote,

MangyDog said:
Knocking back up to the first page after seeing the imgur post and Holy crap is that really a USS voyager engineering section bit of hull there? Did they use that in the original?
Click to expand...

Try opening in a new tab. Should link to imgur.

RPF PREMIUM MEMBER
Been following your progress on Instagram too. This has been an amazing process to watch. And topping it off with the remote - I don’t think I’ve seen anyone tackle that

You certainly give these words meaning...

JakeySnakey630 said:
Hopefully the penultimate update for you guys and gals..

..I thought it would be wise to make a cover that protects the Arduino and associated circuitry and, less of a priority, the user. It also hides the nasty looking perf board I’m using.

I rewired the entire prop too...

...it might not look like much but it’s more managed than before. I’ve also wired in an IR receiver for future ideas..

I also decided to upgrade and rewire the power into the gun...

...I’m now using a 2.6ah Nimh battery instead of a 0.8ah lead acid. I can also run it off the mains now, if for example I wanted to display it for long periods of time.

Cabling is much neater and goes through respective grommets...

Lastly I’ve replaced most of the components that form the gearing to the scope lifting arm and motor..

View attachment 1272471
..it doesn’t look like much but they are 4mm wide steel gears. Absolutely no chance of stripping themselves and no play whatsoever. You really don’t wanna get your fingers caught in that!

A quick walk around..

One of the last jobs is to secure the scope lid properly, probably with magnets and pins to allow access if necessary. I also want to program a scope only raise, as well as a scope and top bay raise, using the length the user holds down the trigger as the variable.

What’s the red button for ?

Awesome in every way. Great work 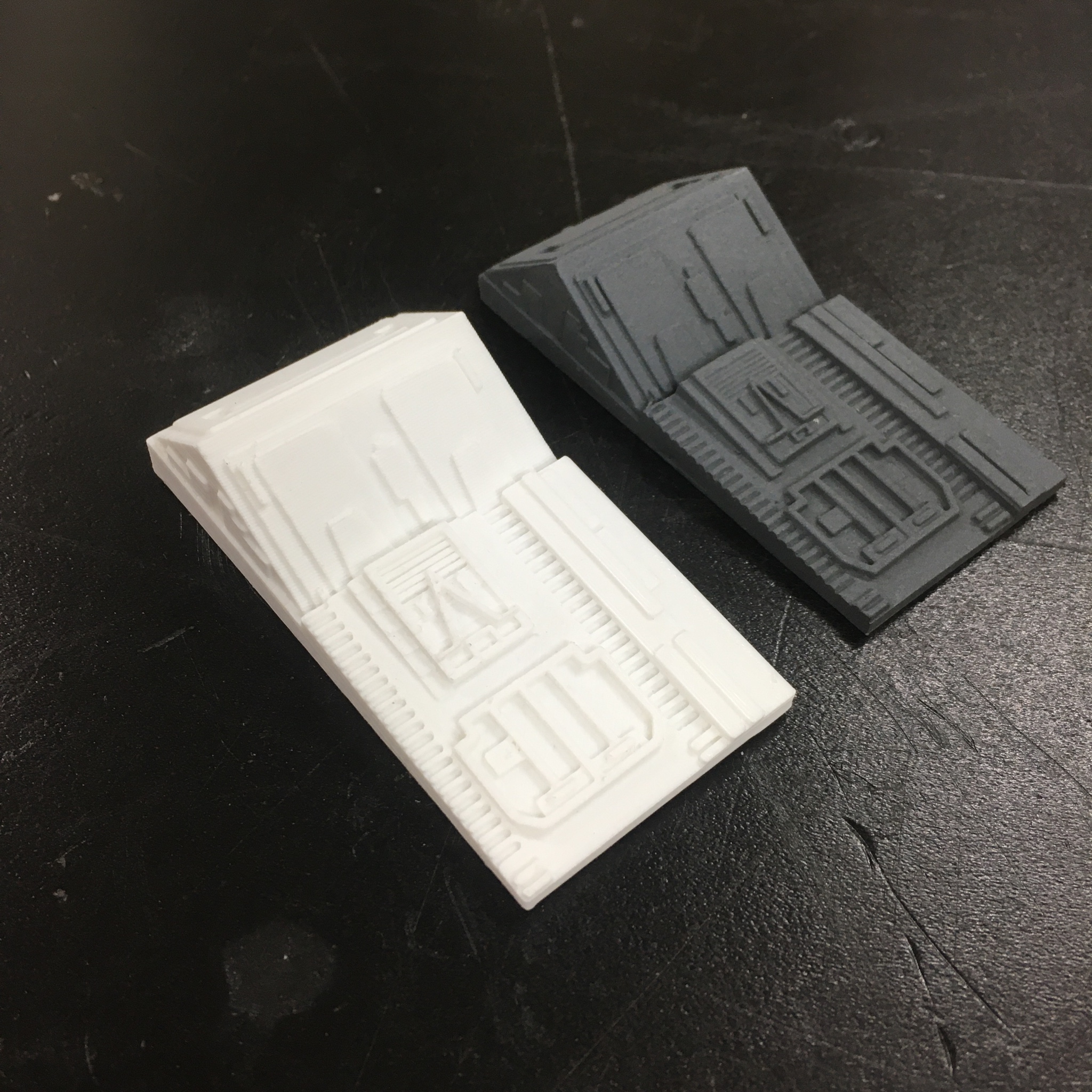 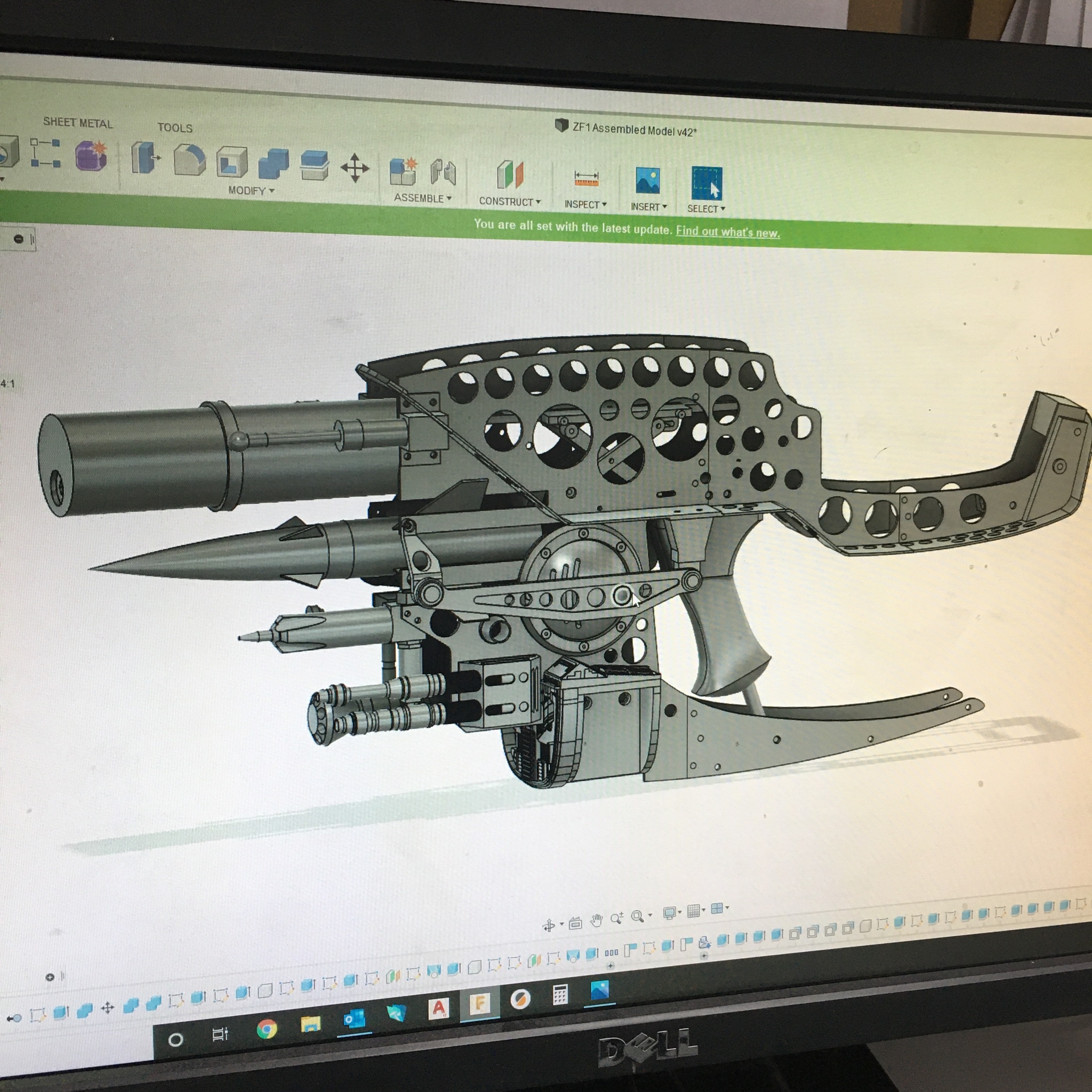 Internal structure without shell. Need to start working on scope next. 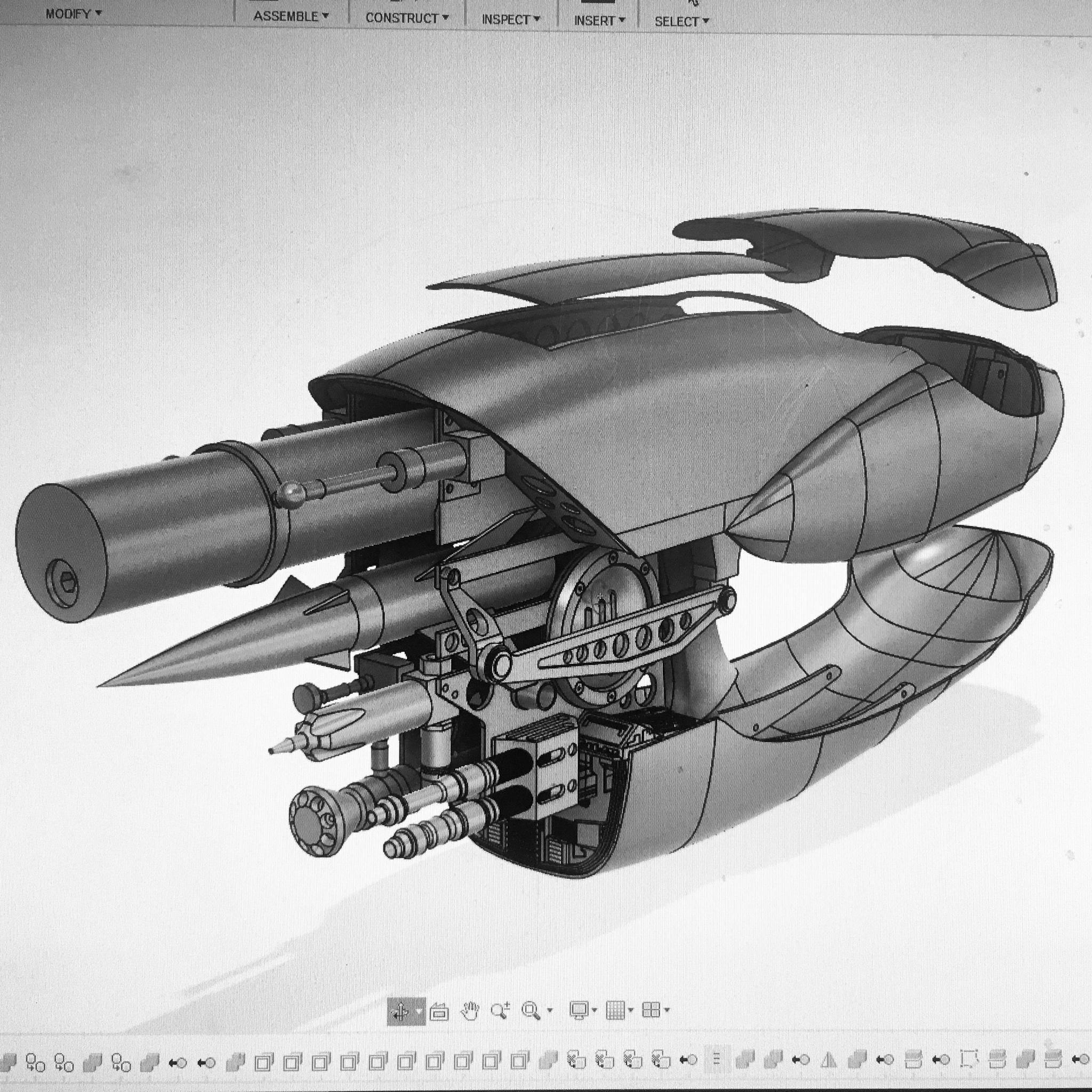