I am currently working on something that I have dreamed of since I was a child. I was able to purchase three Vader lightsabers from all three Original Trilogy movies. I try to restore and modify them so that they look like original props (as much as I can afford with a smaller budget).

In the case of A New Hope version, I bought the 2010 Hasbro Signature series Force FX as a base. I have to mention that this is the removable blade version. The lightsaber itself looks amazing and I have the least amount of work to do with it, but it has probably one major problem. It seems to me that the emitter shroud is too short compared to the version without removable blade. Does anyone have both versions and could compare it? As you can see on my photo, the shrouds have different lengths on the versions from A New Hope and The Empire Strikes Back (by Master Replicas). The shroud on the second saber is longer and has better proportions. From what I think props in both movies had shrouds of the same length.

I have looked at various photos on the Internet but after a lot of research, I am still not sure about it. I would be very grateful for help because I want these lightsabers look as screen-accurate as possible.

As an alternative I would like to buy MPP Shroud ANH from WannaWanga and finished it with VHT wrinkle spray. However, I am not sure if this part will match the Hasbro version - it can be too big or too small. If anyone knows the answer to this question, I will also be very grateful for help.

May the force be with you! 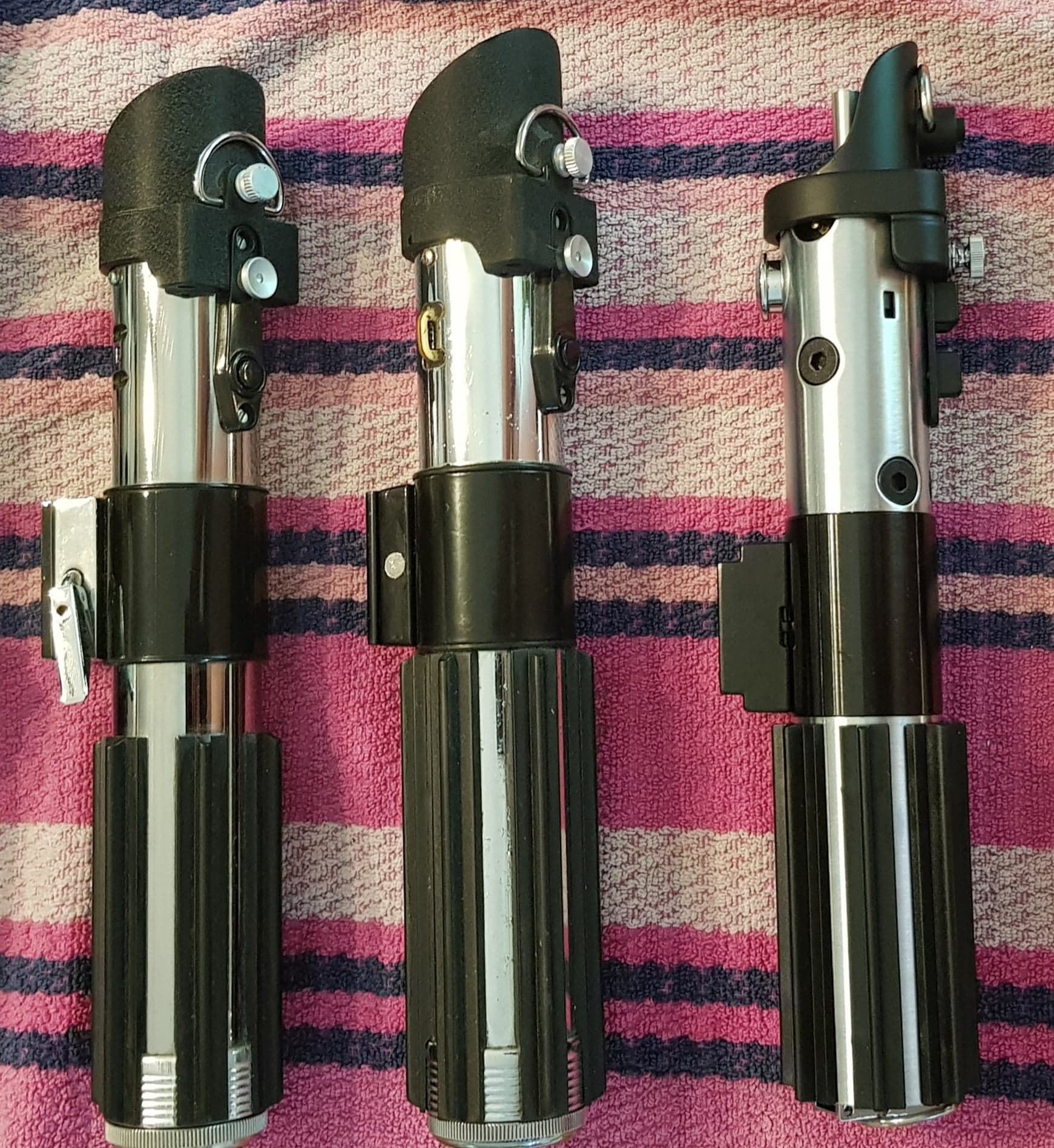 Nice collection and a great start into lightsaber props ... indeed it looks like your ANH shroud is different from your ESB ... that said did you also compare your ANH shroud to the real prop? 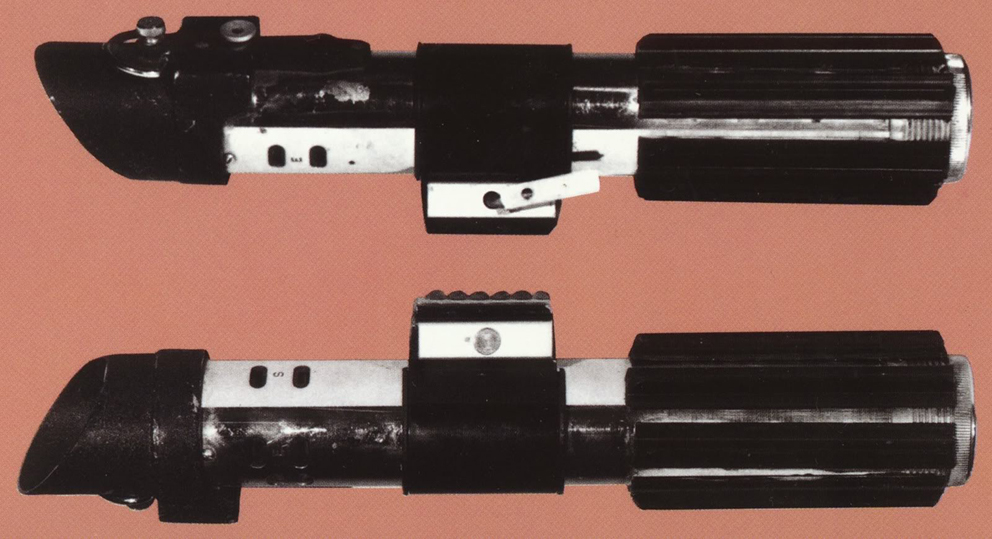 Here's another picture of my real MPP (top) and a Master Replicas FX 2007 for comparison : 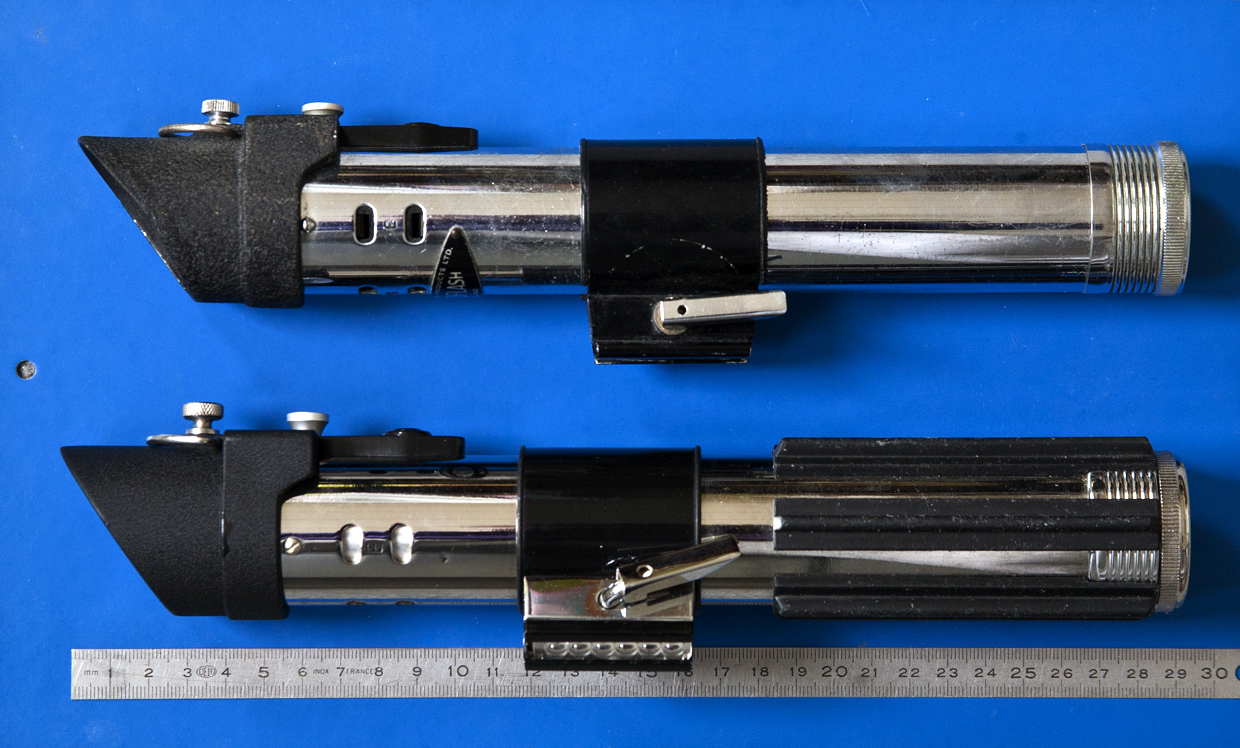 As you can see the real MPP shroud is even quite different from the idealised MR ... especially on the inner edge ... see real prop (above) and my real MPP :

The edge is quite thin and Roy (wannawanga) took some measurements of my MPP to recreate his idealised ANH shroud. Now a very real important difference ... and probably the only reason to upgrade/swap is that the shroud is made of metal, whereas my Master Replicas FX and most likely your Hasbro FX shroud is made of plastic. If you're not certain that swapped parts will fit ... take measurements of the outer diameter of your hilt ... and also the inner diameter of your plastic shroud and ask roygilsing if he could check with his ANH shroud before you purchase, okay?

RPF PREMIUM MEMBER
I'm afraid that the MR MPP is too thick for my shrouds to fit. My shrouds have a 38.3mm inner diameter.

Thank you very much for your replies. I definitely needed this information, and now at least I know what I have to do