if you dont like reading, you can watch the video i made about this build


ive always loved the mass effect trilogy and i thought that i make a rifle from the franchise so i picked the M8 rifle. soo having some idea to make it i rushed into it and well i didn't end well. 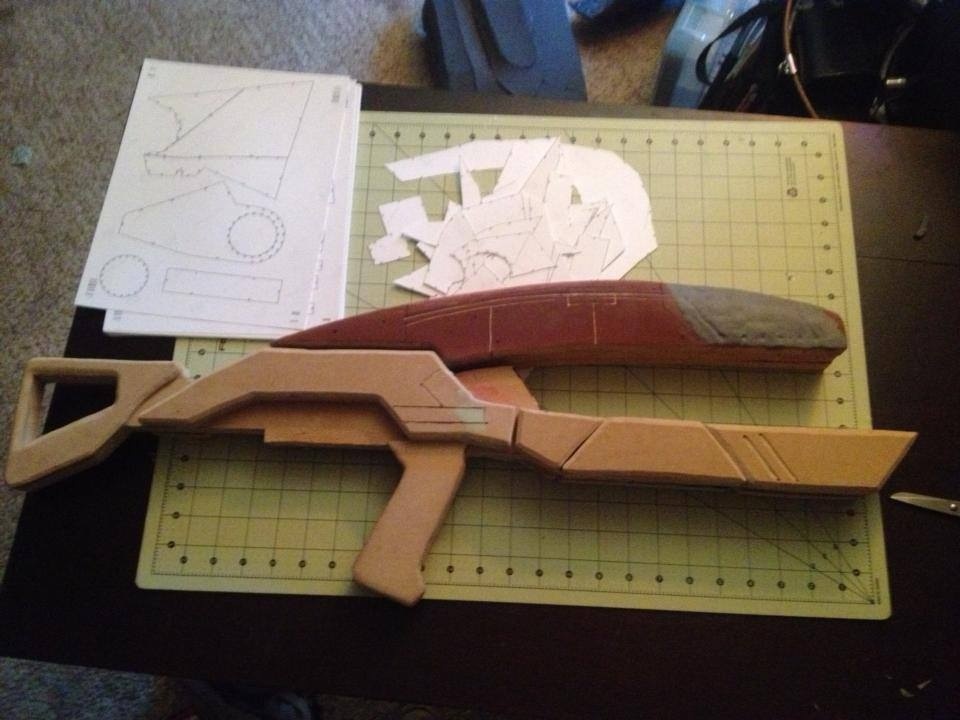 I started with volpins blueprints and traced in on some MDF 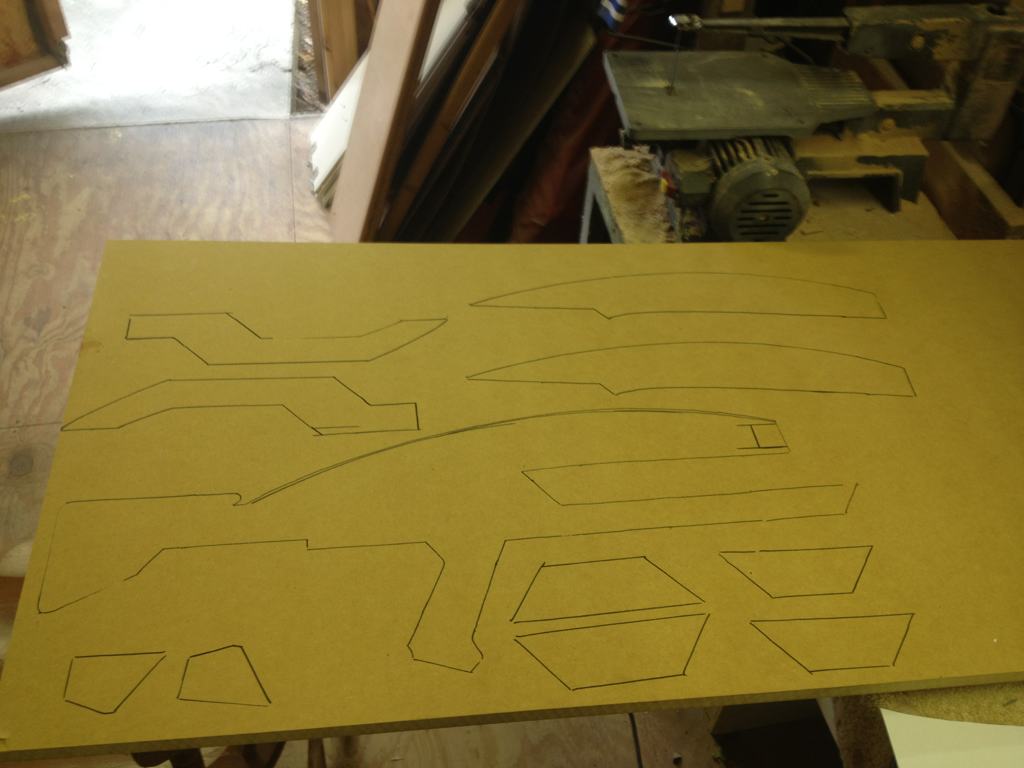 Heres a rough cut of all the pieces 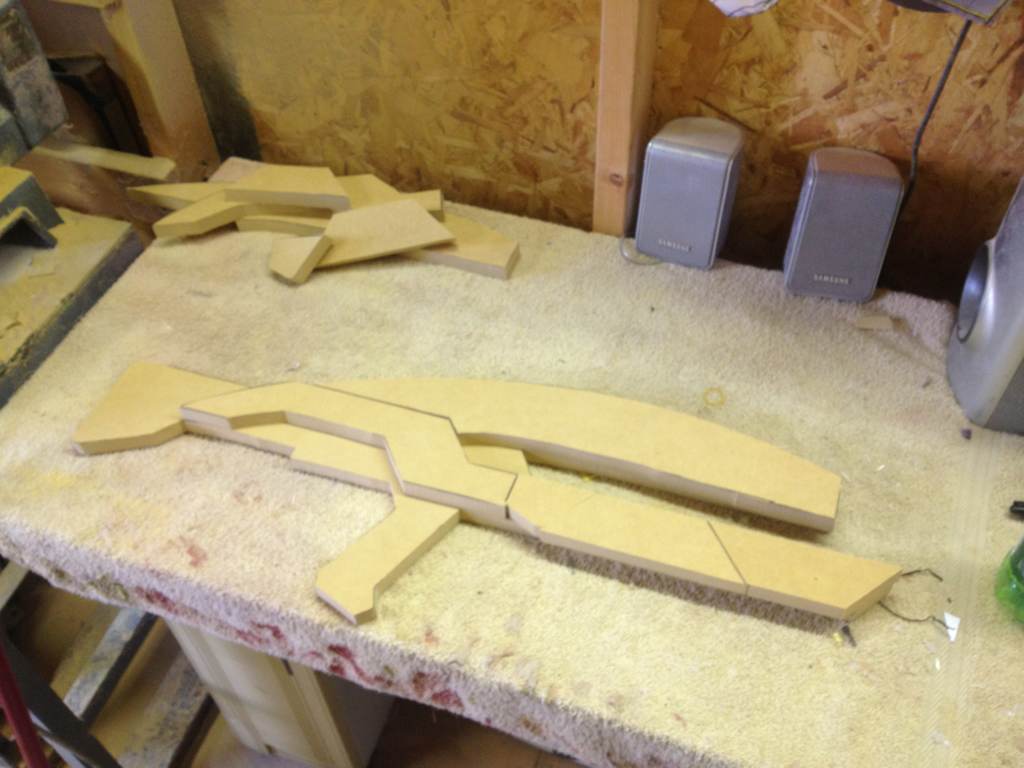 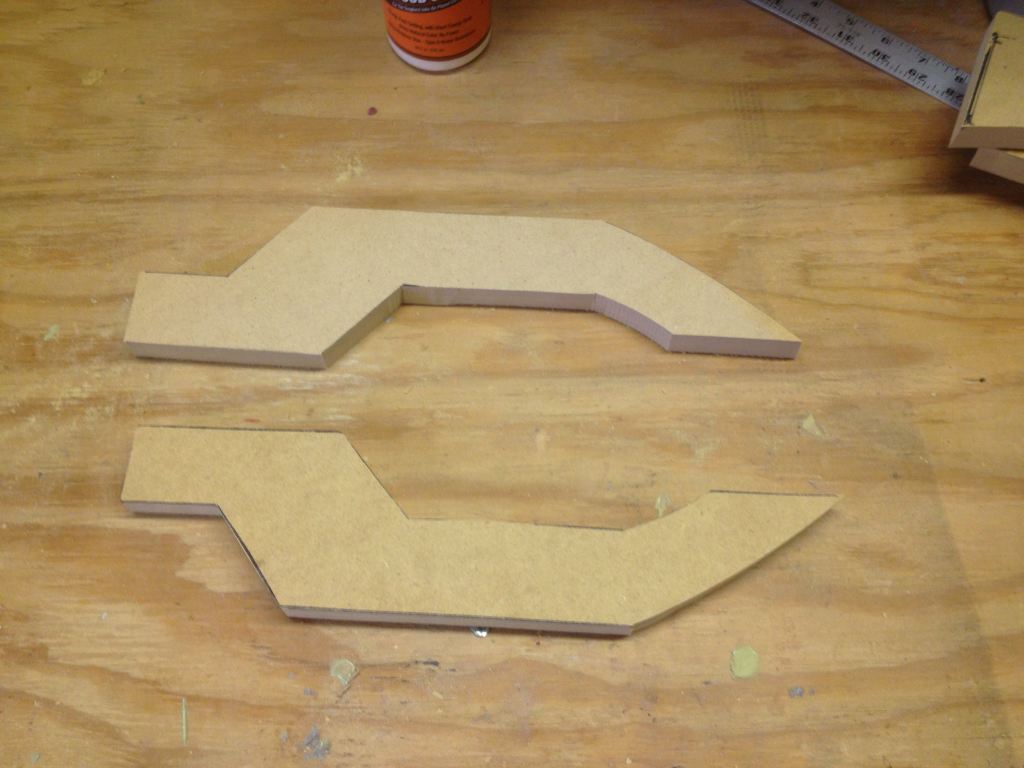 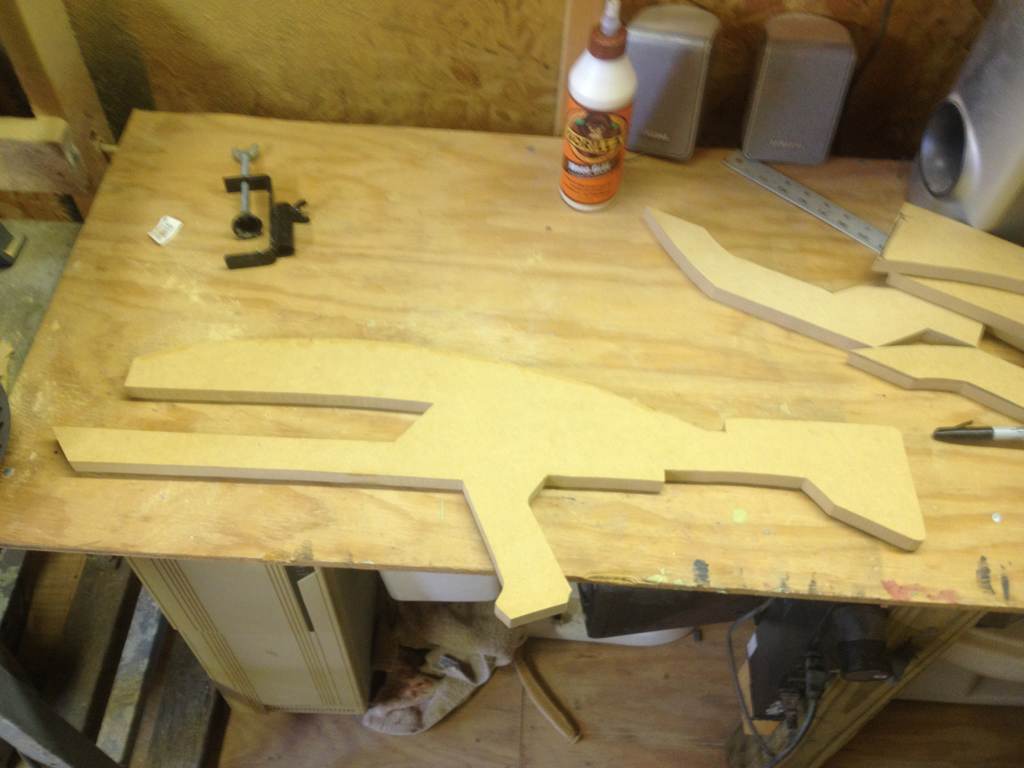 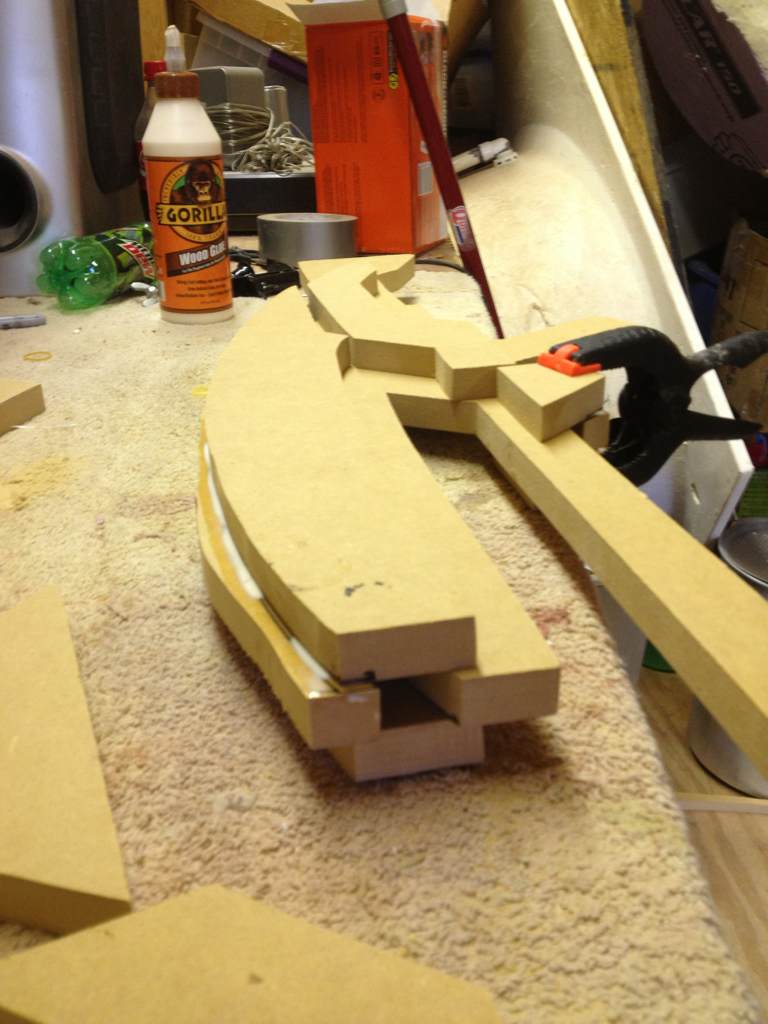 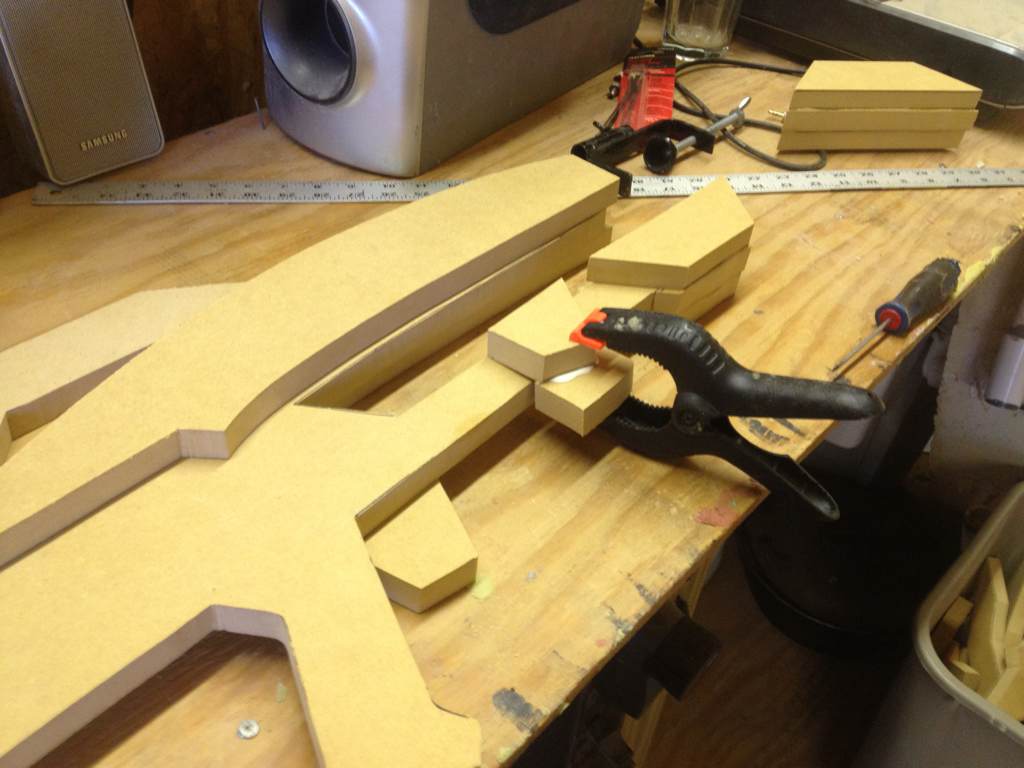 It took me forever to get these pieces right and perfect 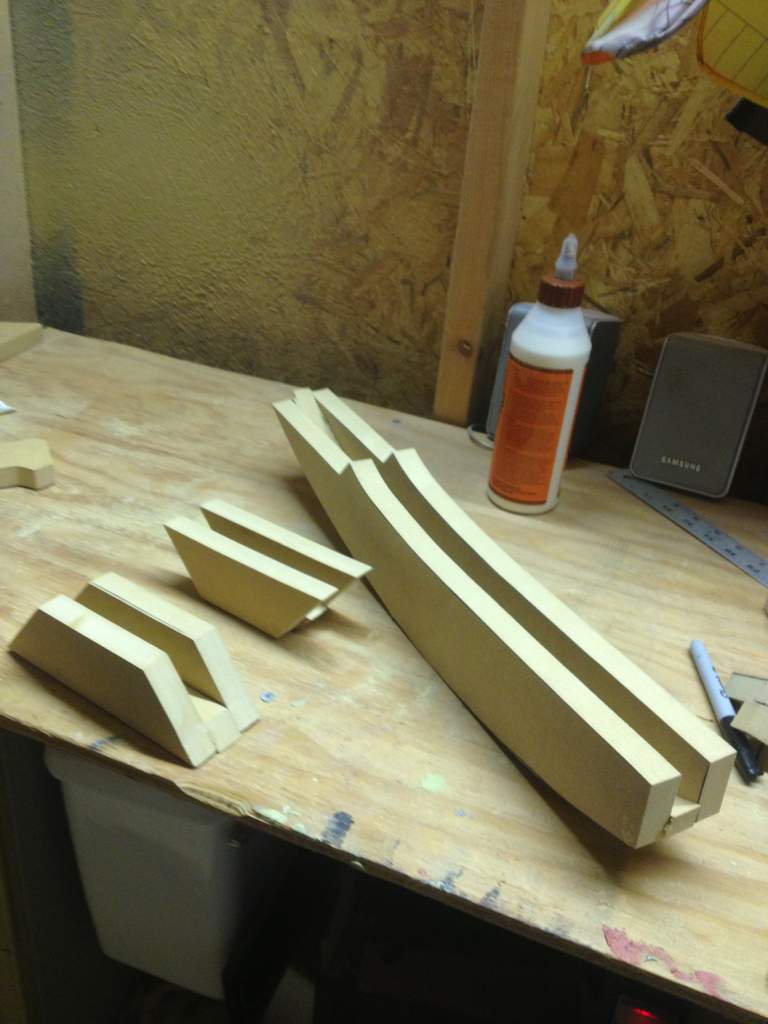 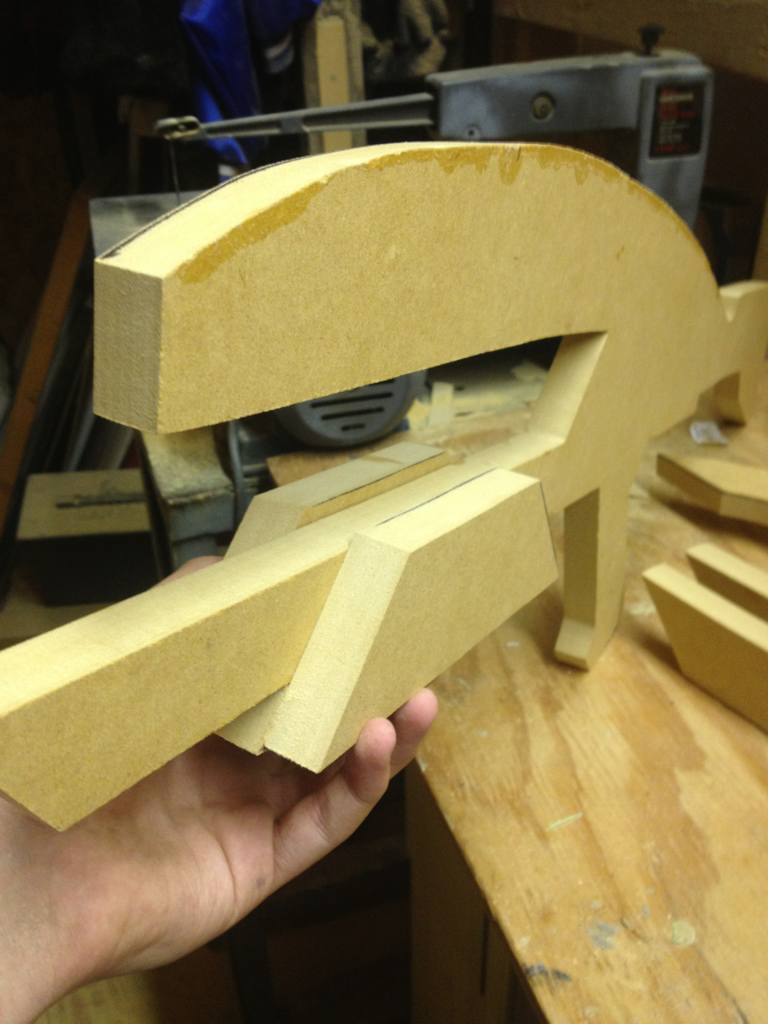 Have any pictures of the build/finished prop?
J


Daemon said:
Have any pictures of the build/finished prop?
Click to expand...

It looks pretty good to me so far. Only weird part is the size of the hole in the stock. Is that based off the blueprint?

At any rate, looking forward to seeing how it looks finished. I made an Avenger out of EVA a few months back. Came out pretty good, but I'm looking forward to the day where I have the tools to work with wood (or rather, MDF). You get a lot more control when it comes to sanding.

ah, i always love mass effect props! this is coming together nicely...
J

Back with an update heres what i did today

I sculpted the barrel with my table sander

Then i sanded all the pieces to to fit perfectly Then i started to make the little box behind the grip

that is some stellar work. i love seeing stuff like this come together. good work man
J

Thanks everybody for the compliments

I also sanded the grip to make it more comfortable

I also sanded the little box to fit nicely

Heres the scope ive worked on its a rough shape

That's going to look awesome. reminds me. I've got some sanding to do myself.... eerrggGG sanding
J

Its kinda hard to see but i did some carving

The vents were the hardest detail on the gun to carve. After a failed attempt to carve with my dremel i filled in with some filler

Then i worked on the stock

Not so bad i also wrote my name

So time to man up and start carving.

You have no idea how nerve wrecking that was!

Looks good. did you use A router attachment for a dremel?. or a regular router. and I bet it was tough going around that curved edge...
Going great can't wait too see more.

way to go, keep up the good work!
J


sean said:
Looks good. did you use A router attachment for a dremel?. or a regular router. and I bet it was tough going around that curved edge...
Going great can't wait too see more.
Click to expand...

I just used a regular router and let me tell ya it was very nerve wrecking! Especially going around those curves
J

And did some detail work on the stock These are just temporary screws there a little too big from the ones in the game. Also the the piece at the front was just taped in because my drill ran out of battery. The barrel still needs a little work but that will be later.

Might even consider molding this gun what do you guys think?

Looking sweet! going too have you a nice looking weapon there.. And a little spot putty This is coming along very nicely, can't wait to see the finished product.
N