Depends on the lathe. But I think it is not realistic in the way I first thought of doing it.
But thinking about it a bit more, I think with a angled broach, where the angle of the cutter forces the broach to rotate, that might work.
As long as the broach can rotate freely, meaning it will need to be supported by bearings on both ends.
All that is needed then is a press to push the broach through.
Make a cylinder with the same diameter as the barrel bore, make a hole in the cylinder at an angle, say 5 deg. Insert a cutter with a screw on the other side to adjust depth of cut. The first cut will be tricky to make sure it rotates properly, but after that, the cutter will follow the groove.

Just watched the latest video..... Love it.... Don't mind the off canon vibe in the slightest... I think you missed an opportunity for RED felt though Give the size/depth of the box, have you considered some to under-storage, seems like a good place to keep the ammo belt you made and such... I ended up selling my box while back to a guy in Boston and he made up a second layer for his extra bits, I sent him the dog tags and photo, the other bits are part of his collection. And Yep, that's him, all geared up. 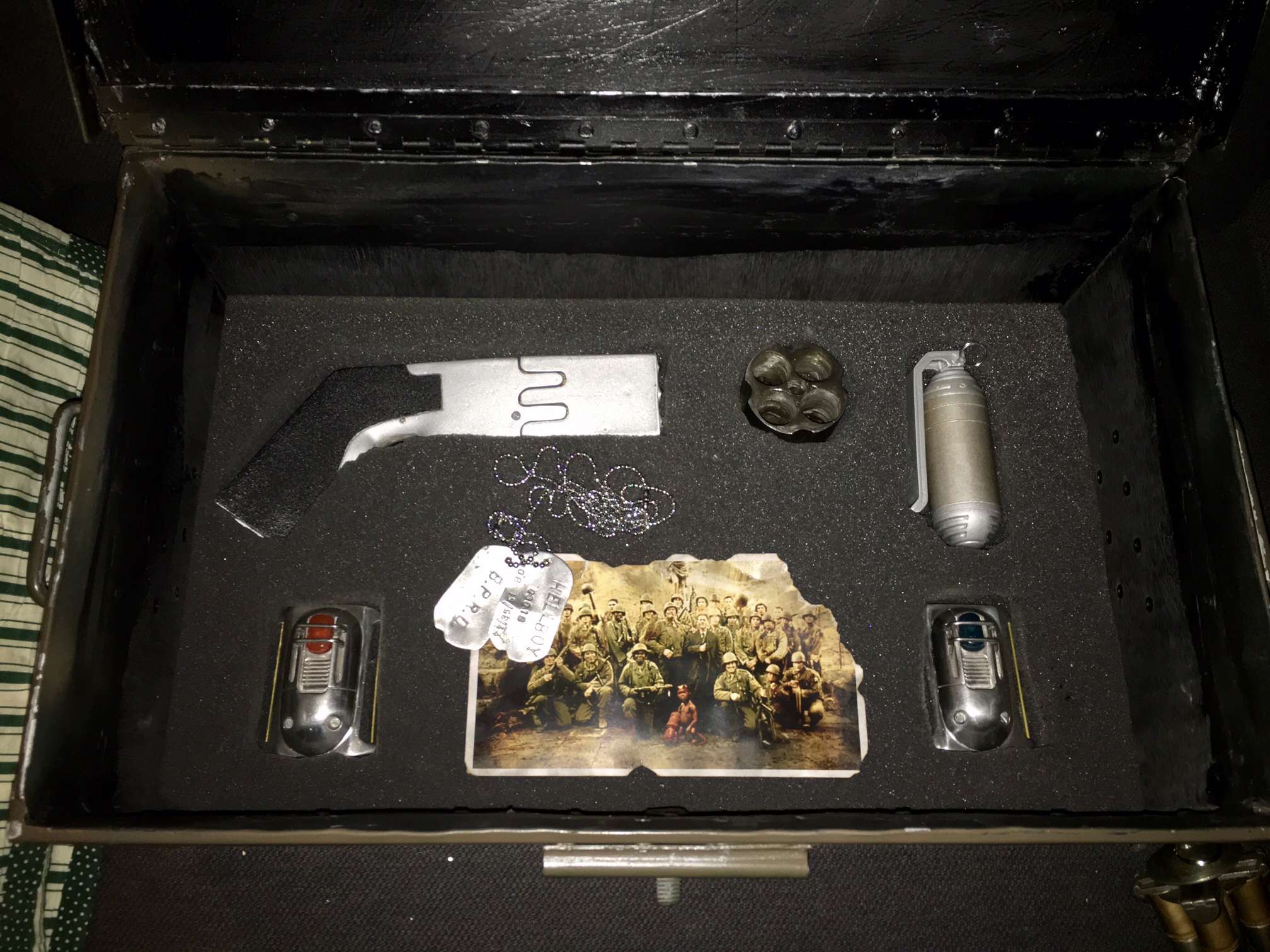 His Costume is pretty Dope 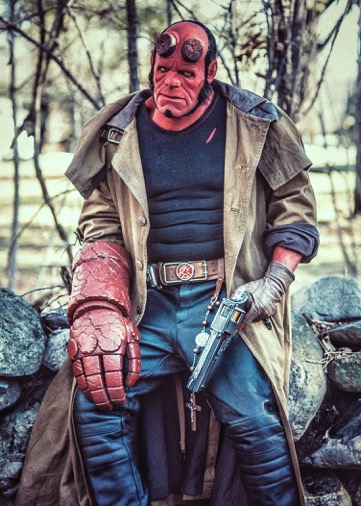 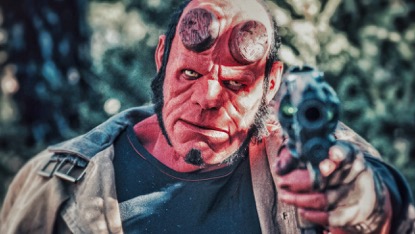 RPF PREMIUM MEMBER
Just a gorgeous build all around and the videos are way too satisfying to watch! I've gotta see if I can get my mini lathe up and running and have a go at the outside of the cylinder.

asavage said:
Hey all, I know I don't post here enough, and it's largely because making content for tested.com is all-encompassing. But I'm in a great mood today and thought I should show what I built this week.

Context:
I've been hand-machining Hellboy's Samaritan from scratch (see here ) and it's already four videos (and 140 hours of my labor so far) and a few more steps and videos coming.

Building something like this means taking it apart constantly. I love the shots of it all separated.

So the gun needs transport right? I needed a case. There's one in the film, and it's definitely got an "Army" kinda feel. Several people have made versions here on the RPF and I looked at all the threads.

A couple years ago i won an ebay auction on a metal box that was very close (perhaps a bit large) to the correct dimensions of the Samaritan case from Hellboy. I've never gotten around to painting it, but finally did a couple weeks ago. Here's the result:

View attachment 1365933
IN addition to the paint I added the clasp from an ammo box for the front closure (thanks to someone's research on the RPF) and also added a brass piano hinge across the back of the lid. I painted the interior black and added a bunch of dirt and rust.


I was really happy with this. BTW the olive drab color base was a Tamiya rattle can. I didn't overly prep the surface, so after my paint was dry I used masking tape randomly placed on the box and peeled off some spots of paint. It worked great! Then I clearcoated in a matte lacquer. I'd share my Samaritan lettering art, but I hand cut this from paper using some very rough reference material. I'll see if my stencil is scan-able.
Aaaanyway, I was super happy with how this turned out, but I had one issue: I have never loved the interior of this case as we see it in the film.

It's just a little...anemic for my tastes. So I considered a redesign of the interior. I researched some old pistol presentation cases and got inspired. Using 1/4" plywood and my 23ga pin nailer and some glue and felt, over two days I completed a non-canon interior that I'm really happy with. It feels authentic, and it's actually filled with all the tools I need for assembly, disassembly, and maintenance. Funnily enough, it took a lot of weathering to get the aging I did to show up on camera. I airbrushed burnt umber liberally in the corners and all over and you couldn't see a LICK of it on camera. I eventually did a distant all-over spray with black primer just to kill the vibrance of the green.
This build will go up in a couple weeks or so but I wanted to share it with y'all, as I come here daily to get inspired and for research. I've gotten a lot from the RPF over the 20+ years I've been participating.

Without further ado, here's my hellboy pistola in it's new habitat.

View attachment 1365935
The brown ceramic bottle in center bottom is a salt-cured inkwell. These were common during the civil war and several of them are visible in Broom's Box, which I own one of. They're not hard to find for a few dollars on ebay. So I liked the idea of putting one here full of some lithium grease. The speed loaders are static props from a run here on the RPF, I may end up re-making the mechanics of these, we'll see.
Next steps are to rifle the barrel, and then to chemically blacken the aluminum. Once I've done that, I think it'll be finished. Just a HUGE amount of work.

asavage I remember in one of your build videos you mentioned frustration about not finding a program to re-size your patterns to full scale for templates. Have you tried using the website Rapid Resizer? It might be what you're looking for. Here's the link. Rapid Resizer: Print Full-Size Arts & Crafts Patterns

Hellboy press kit (prop): anyone seen one before?

Back To The Future Plutonium Case.