Daniel Craig is "done" as Bond

He might also be wanting to return to do Broadway / theater. He has spoken about doing more of that after his last Broadway play. With Rachel working on one right now, I could see him wanting to be around. Either to be a small part in it or work in a different show. Family over cash any day, unless it's crazy money for one more movie.

I was never a fan of the Craig bond movies. They were entertaining, but they never felt like 007 movies to me.

RPF PREMIUM MEMBER
I was more interested in reading the related article. :lol

Laspector said:
Maybe they should reboot Bond and do it as a period piece. To me, Bond works better in the 60s, maybe early 70s.
Click to expand...

I agree this would be cool to see...

Cast Adrian Paul (a dead ringer for the Connery era Bond) as Bond in the 1960's and see what may happen.

This guy for Bond. Heck this scene could have been in a Bond film. I was thinking how Bond like it was when I first saw it. Well everything but the mutant powers, ; )

bwayne64 said:
This guy for Bond. Heck this scene could have been in a Bond film. I was thinking how Bond like it was when I first saw it. Well everything but the mutant powers, ; ) 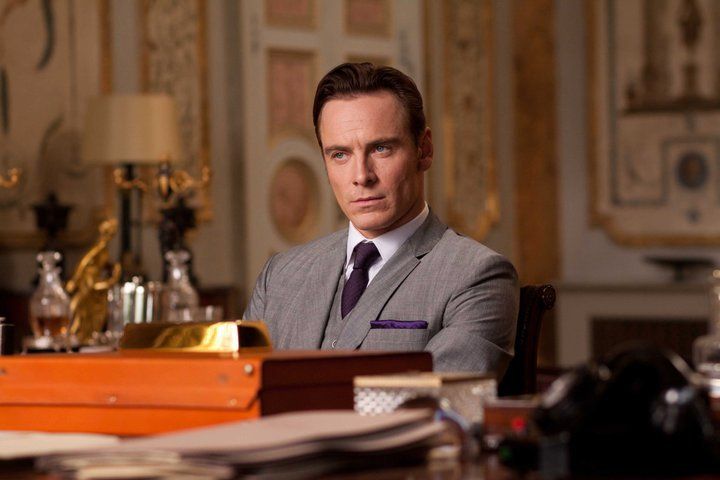 I find it pretty unlikely that there will ever be another James Bond in any form, period, let alone a white male Bond. Just not the way the Broccoli family rights holders seem to want to go. The last Craig film seems set to introduce the new “007” or whatever number she might have. If there ever is another “James Bond”, it’ll be Idris Elba or another person of color, not Tom Hiddleston or Michael Fassbender.

I do not say this as a complaint against POC, just as an understanding of where Hollywood and the Bond franchise will ultimately probably end up.

Also, I find it unlikely that, in the case they did do another white male Bond, he’d be played by someone not from the UK—Fassbender is German. I also don’t particularly understand the desire by Bond fans to have Fassbender play the role—it’s very likely it would be incredibly similar to Daniel Craig.

RPF PREMIUM MEMBER
It depends on writing, not the actor.

I've always championed Fassbender for Bond. His performance in Inglorious Basterds crossed with Shame would be somewhere I imagine it to be.

RPF PREMIUM MEMBER
There is no way that there won’t be another James Bond. That female 007 thing from no time to die is just a stunt, and seeing how Craig era is its own thing, not a sequel from the previous Bond, and will have an ending in No Time to Die, there is a chance the next film will start over again, and may not even retain any casts from Craig era, including Lynch’s agent. Might be wrong on that part, but in any case, she’s not the next 007/James Bond. Wether the next actor is a POC or not we’ll see though. But he has to be from the commonwealth (Great Britain, Australia, NZ), that’s the rule indeed.

Is anyone here a member of the 4K77 project

Favorite Bond movie and why?
2