The original colour of the ultrapreme fabric was super bright and I was really worried it wouldnt dye. Luckily it dyes really well you just need to continually stir it for 30-45 mins to make sure it dyes evenly. My first attempt was a little uneven and was still a little too bright against my main fabric. 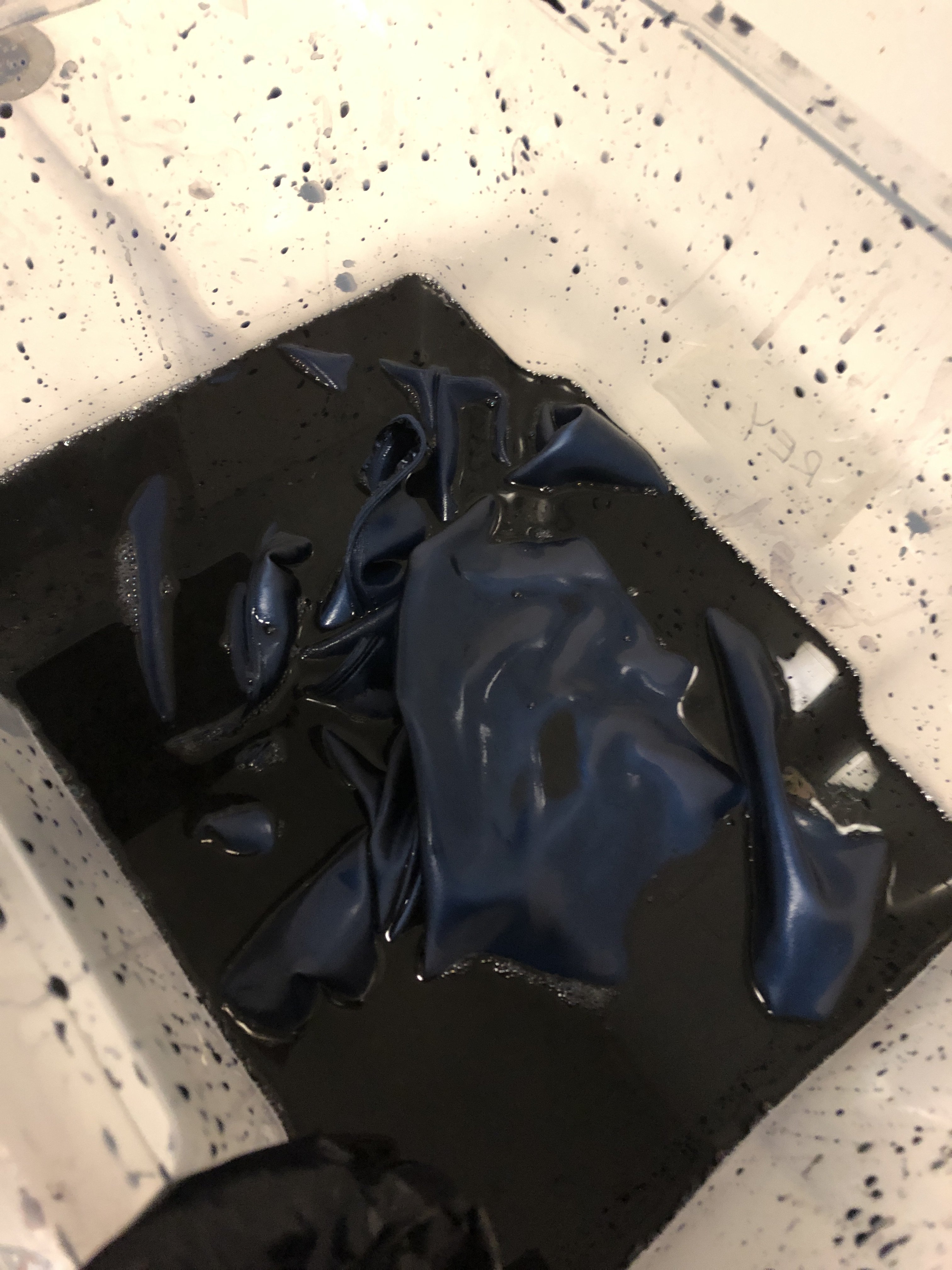 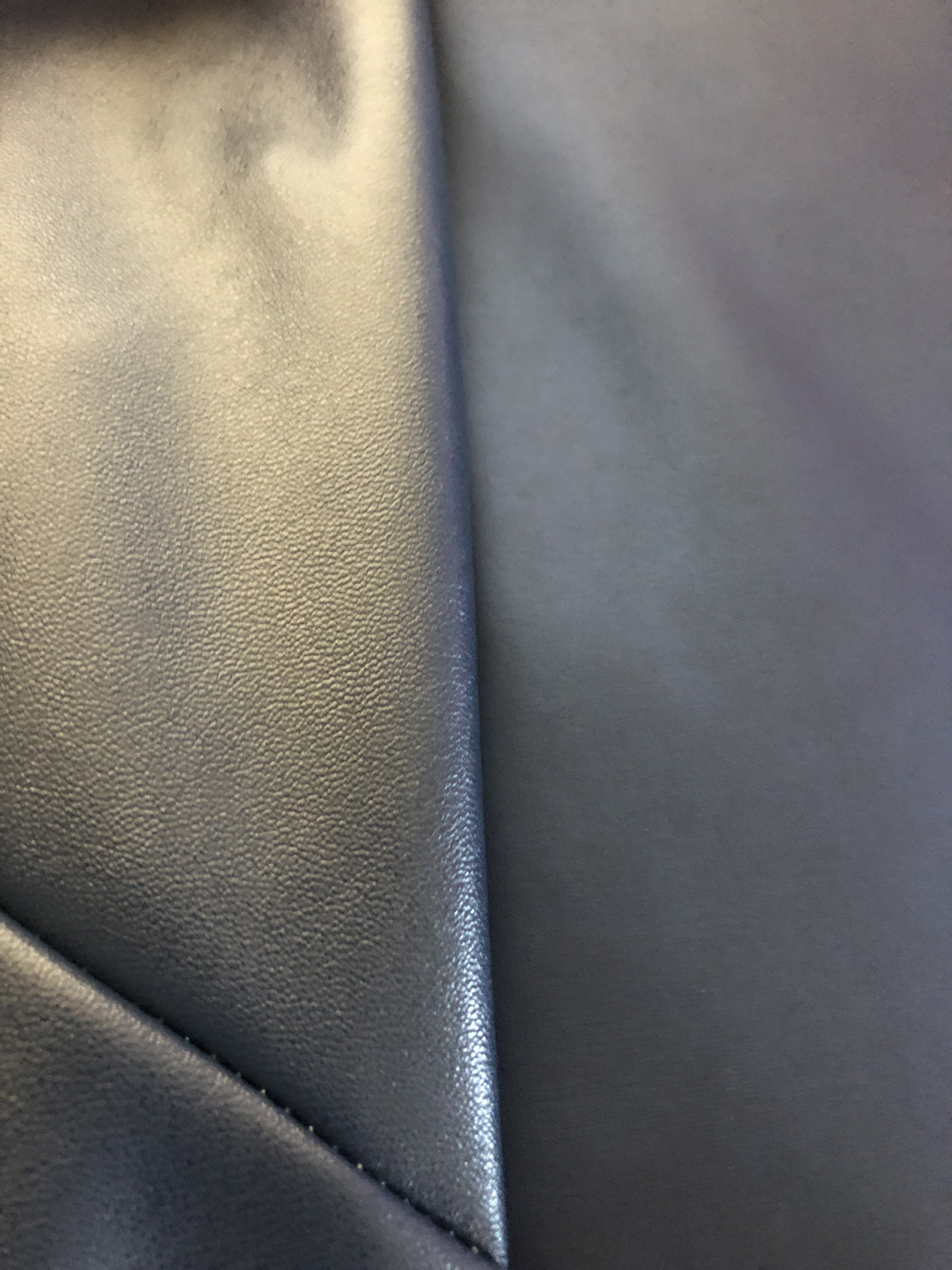 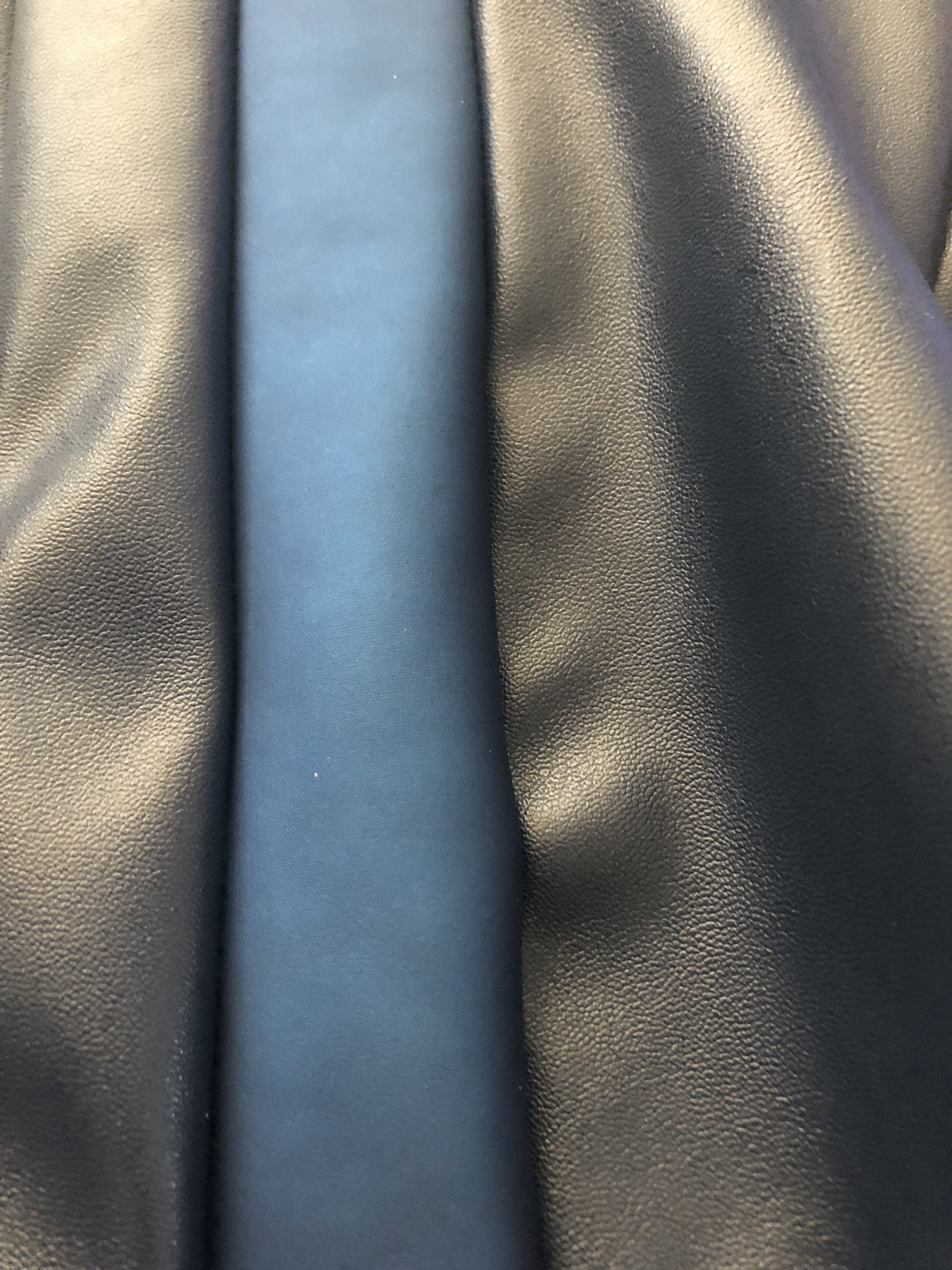 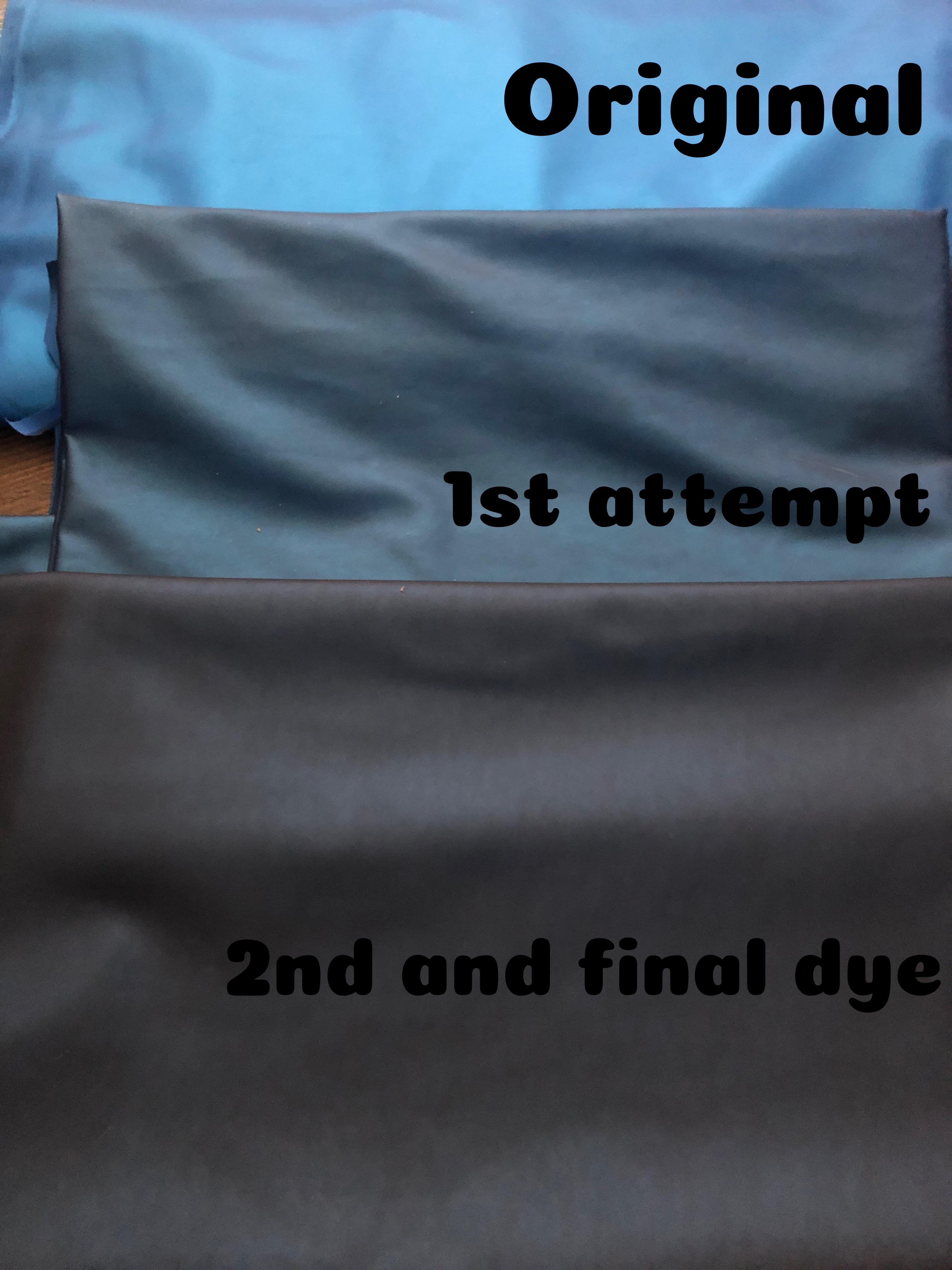 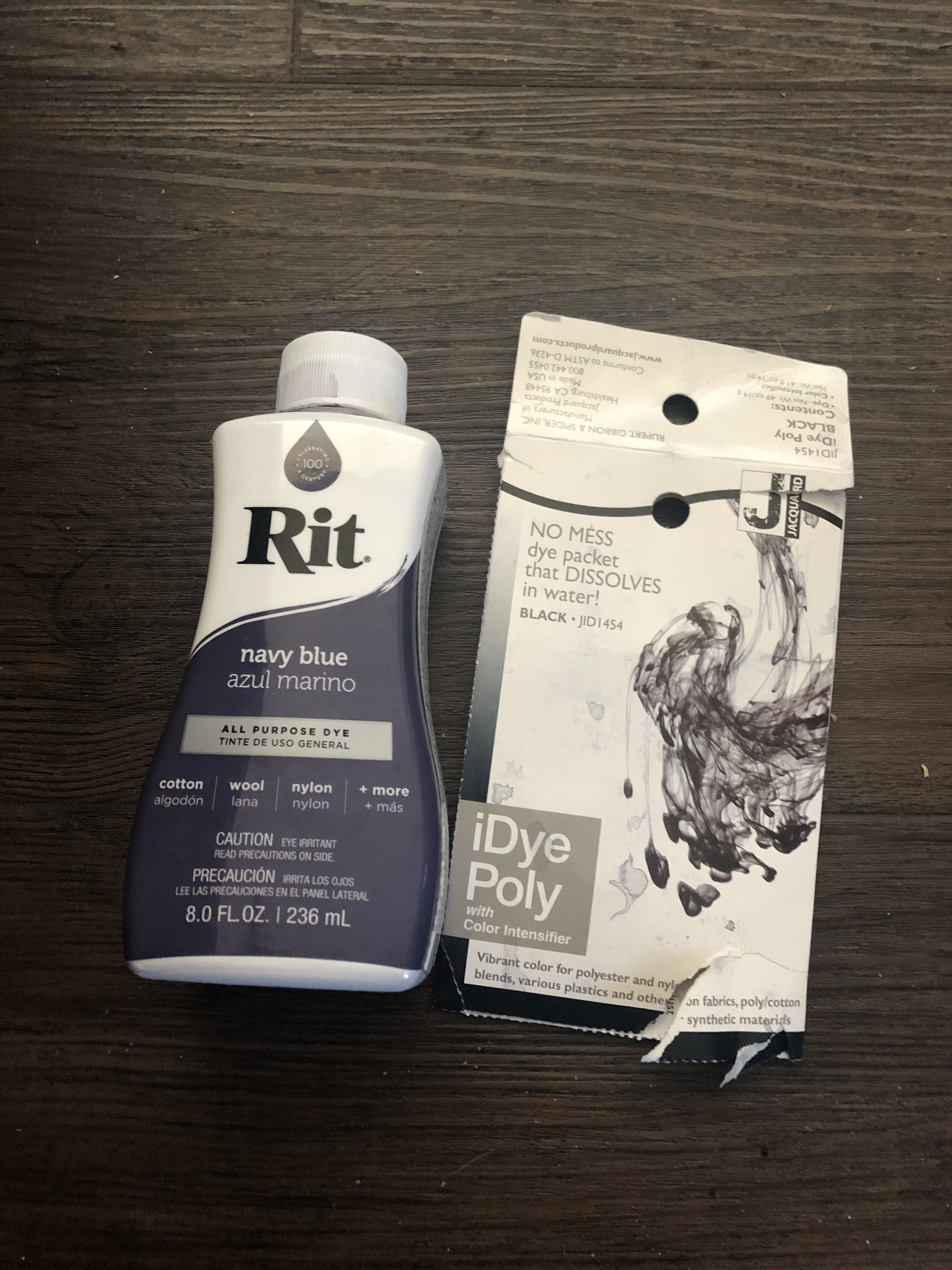 I used a full pack of black iDye Poly and a little bit of navy Rit dye. You are supposed to use the stove method for this kind of dye but I just used hot water from the kettle and it worked just as well.

Today I’ve been working on the back panel. This has a few different techniques on it and very little reference (it’s always the back of the costume that’s the issue). From what I can make out I have patterned the piece and will be top stitching some strips on and embossing some other parts. Since I’m using thin pleather I have to use interfacing and hem tape to help form a thick shape ready to top stitch onto the main piece. The embossed parts I will be doing by gluing strips of leather to the underside then more glue on the sides and forming the shape around it. 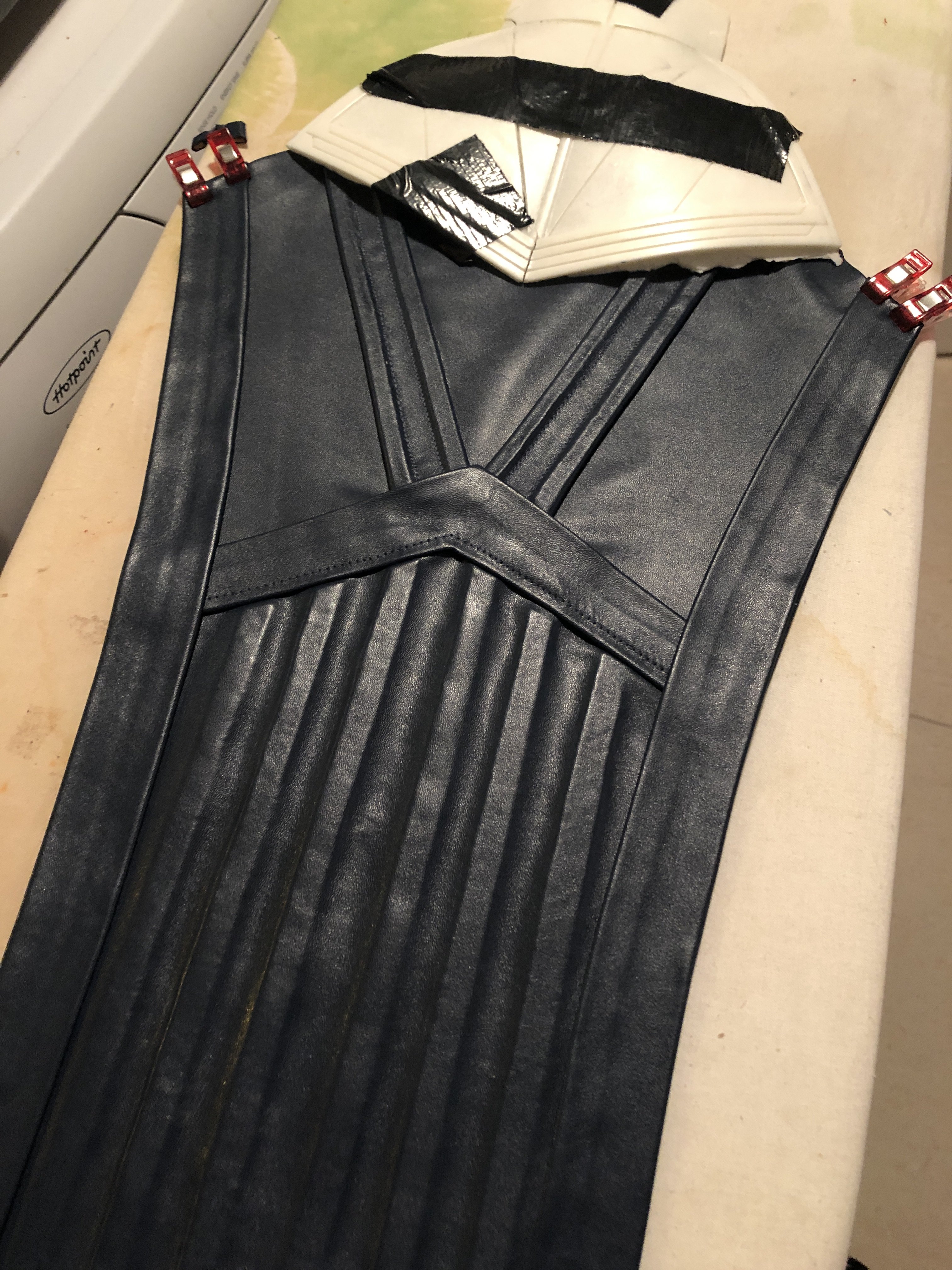 Yesterday I did most of the back panel, I just need to top stitch the rest of the pieces down. It’s not super accurate but I will remake this once there are better pics of the back.

RPF PREMIUM MEMBER
Well, folks, it's been a few weeks since you've heard from me! I was invited over to texas for Solidworks world so I had a fantastic busy but distracting few weeks got a chance to hang out with some fantastic makers with fun projects on the horizon

anyway! since I returned I've been battling with the chest it seems my choice in the resin was a poor one because it was simply no good for Slushing (Axom F180) the top layer was fine but the internal layers were not great and as I begun carving details it started leaching horrid liquids that ruined everything it touched


I tried sealing with epoxy, CA glue until I cut my losses and decided to run a new waste pull and start again since at this point it would probably consume less time! I have to say the Hugest thanks to my local prop Yoda Heatshock to the lend of some stock of SG2000 to keep me going!

with that in mind, I Nailed forward a lot of progress this weekend past I spent a good 4-6 hours doing the initial resculpt on the chest and the detailing lines I also made a tool for sanding the grooves this time it made for a much more consistent finish and I'm really thrilled with how it went a little bit of misc filling here and there as well as a few passes of increasing grits of sandpaper

I also printed out my Chest star and oh my.. this felt like a special moment in the project 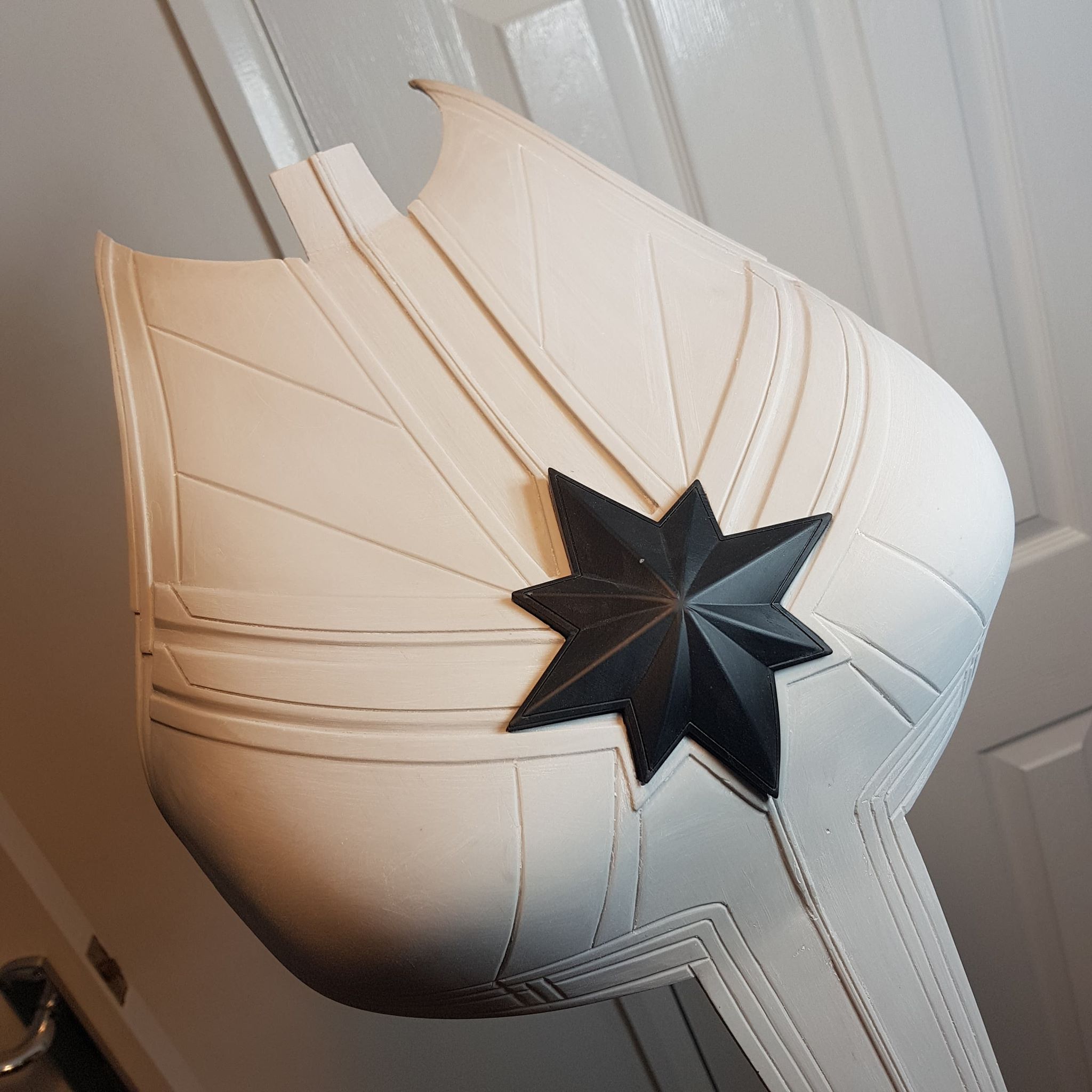 now it really started to feel real! my formlabs form 2 knocked this part clean out of the park as usual!

once molded I think these will be great little upgrade kit parts for folks working on the costume!

we had some preliminary conversations about paint and it does terrify us somewhat! but we will do our best even if just for V1! I plan to get in touch with TigerStoneFX at some point (well I've tagged them now so maybe they will see this!) they gave us a great supplier for Imperiflex but not sure were quite up to that standard of painting yet! their work is simply terrific!! (and a lot of painted urethane rubber too!!)

we'll get a fuller picture as we head into the weekend! the shin spats and boot covers are on hold until we get the parts that interact with the soft's done so that can be progressed while I tackle those devilish shins!!

I can see an end in sight and it's keeping me going, sorry my progress has been slow but I really want to knock all the details I can out as to the best of my ability!

a little more carving and a lot more molding and we'll get there!!

I’ve been playing around with techniques for the leg panel that has the embossed parts. I’ve used strips of leather underneath and for the red part I’ve used leather with the pleather over the top and painted it with red acrylic paint. It’s not super neat as it’s just a test piece. 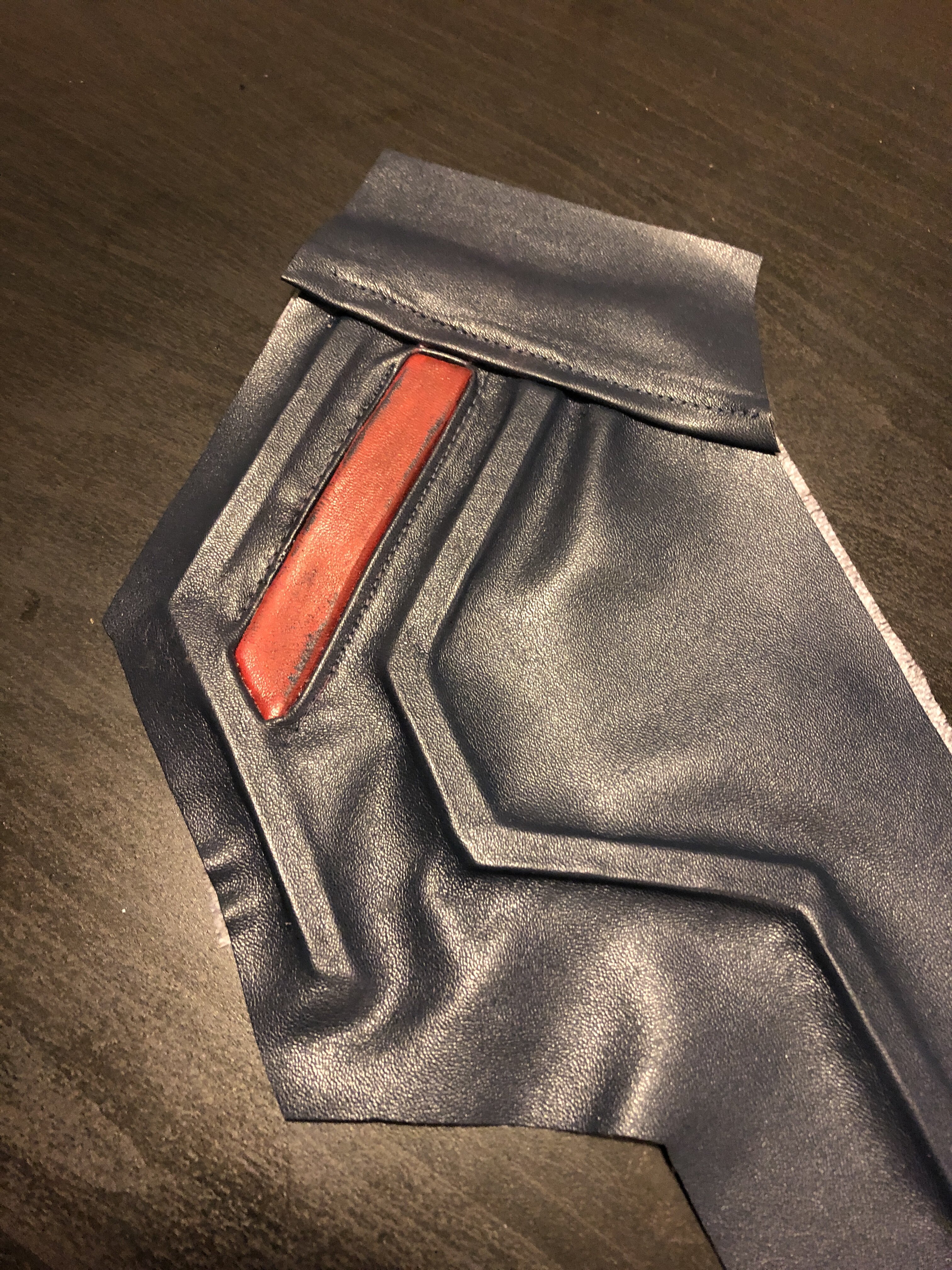 I’ve almost finished all the pieces for vest. Just pinned it to a maniquin to get an idea of how it looks. I’ve also cut out the base trouser pattern which I have interfaced and will add all the panels separately. 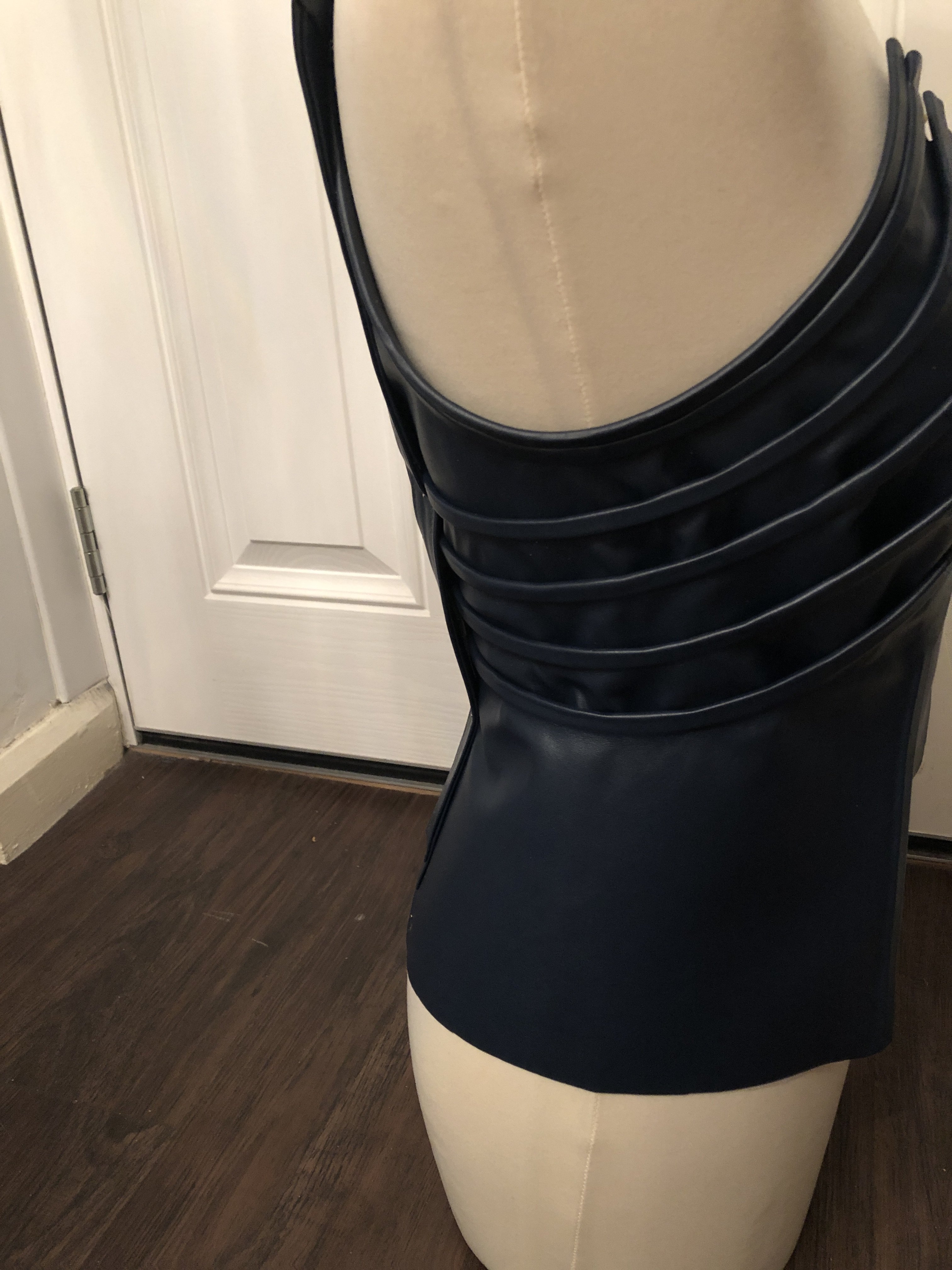 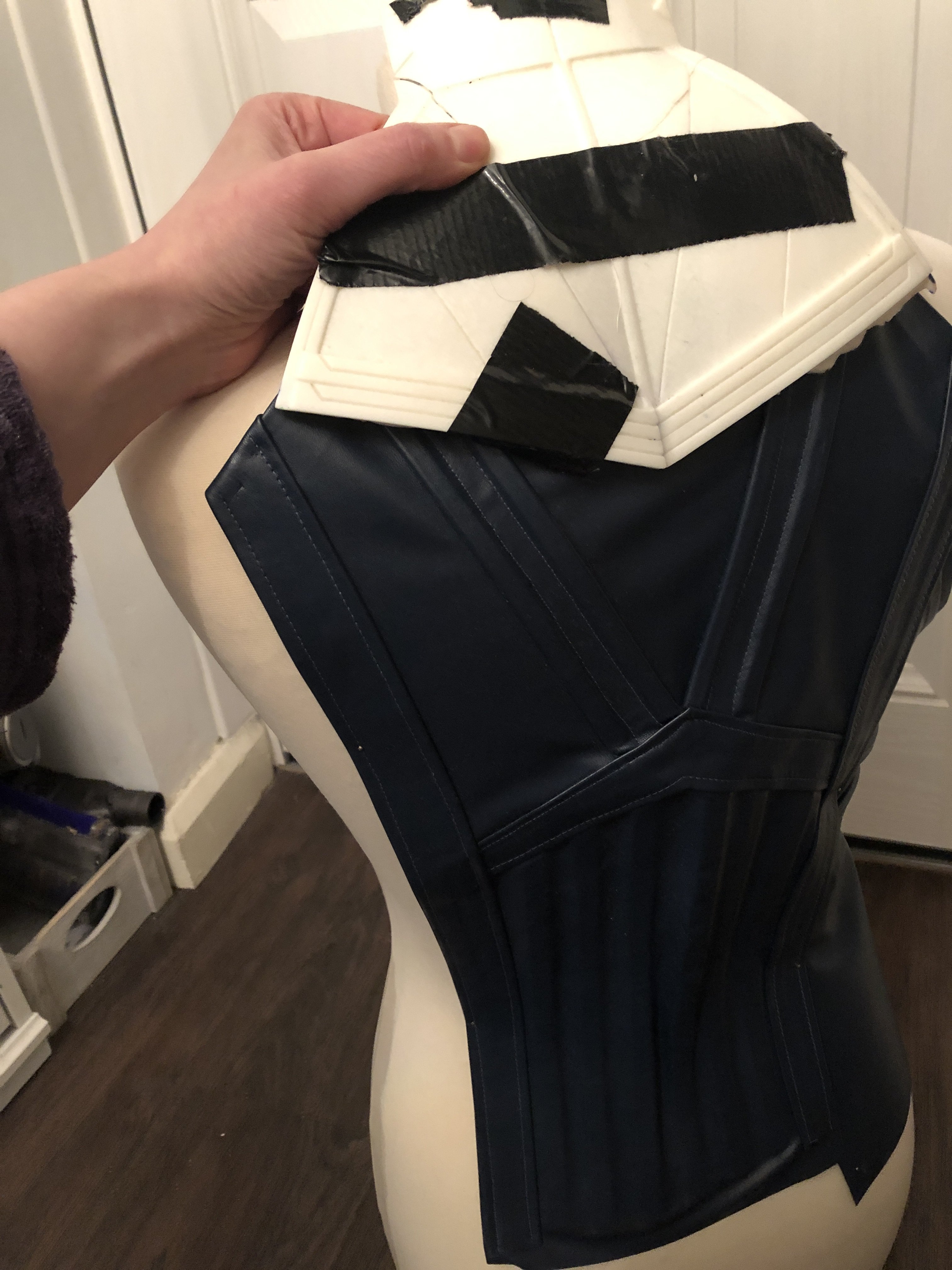 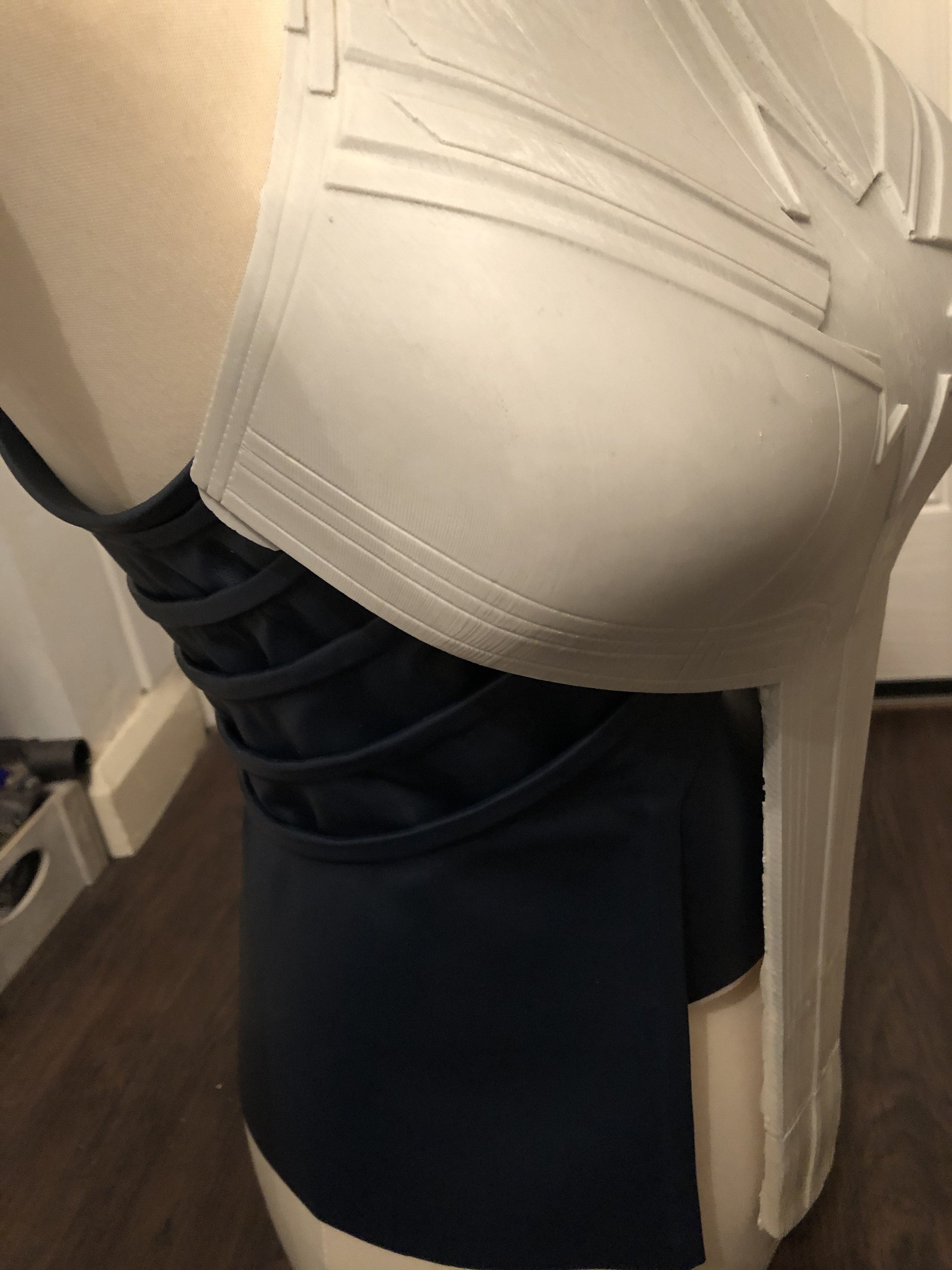 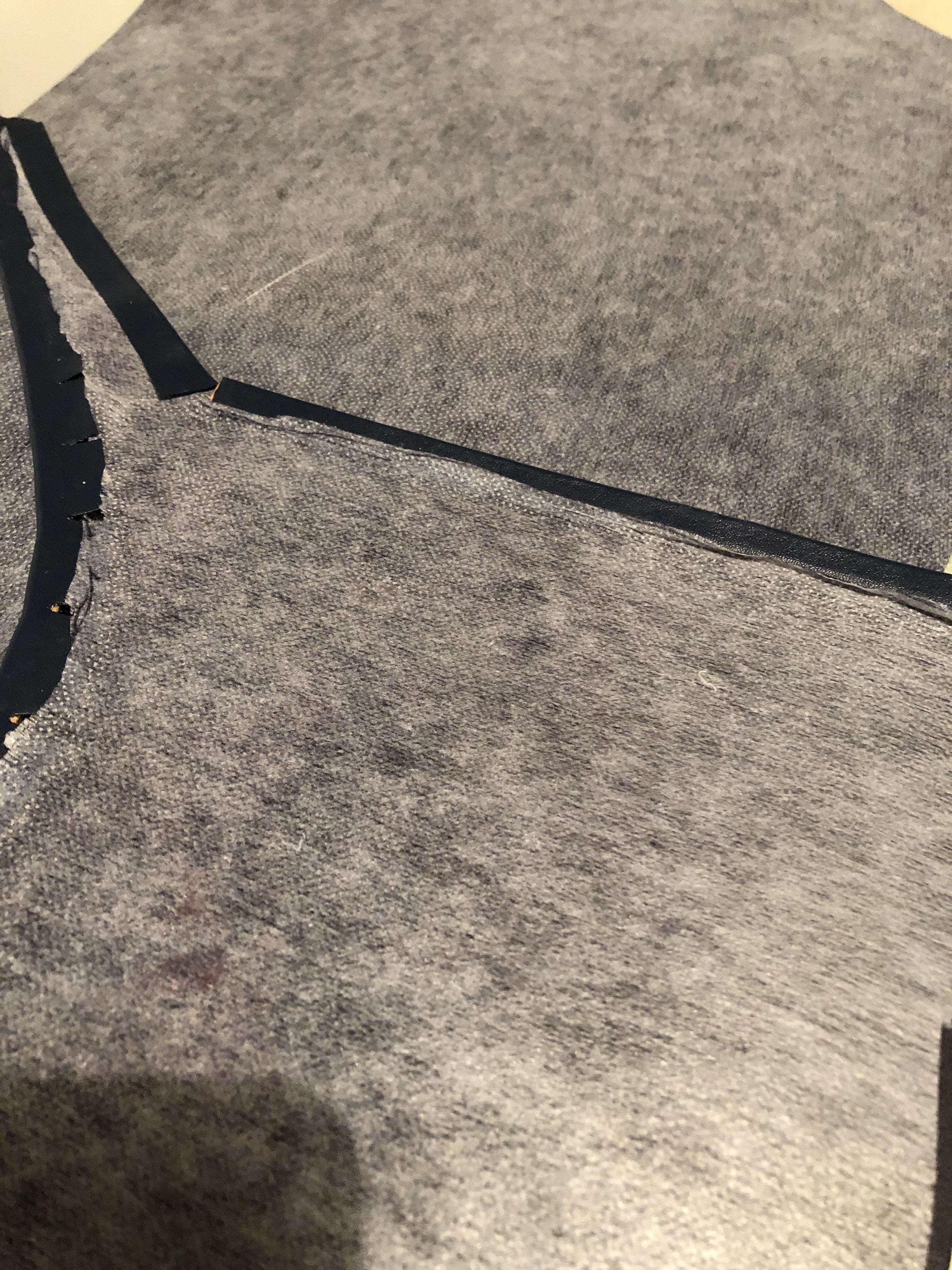 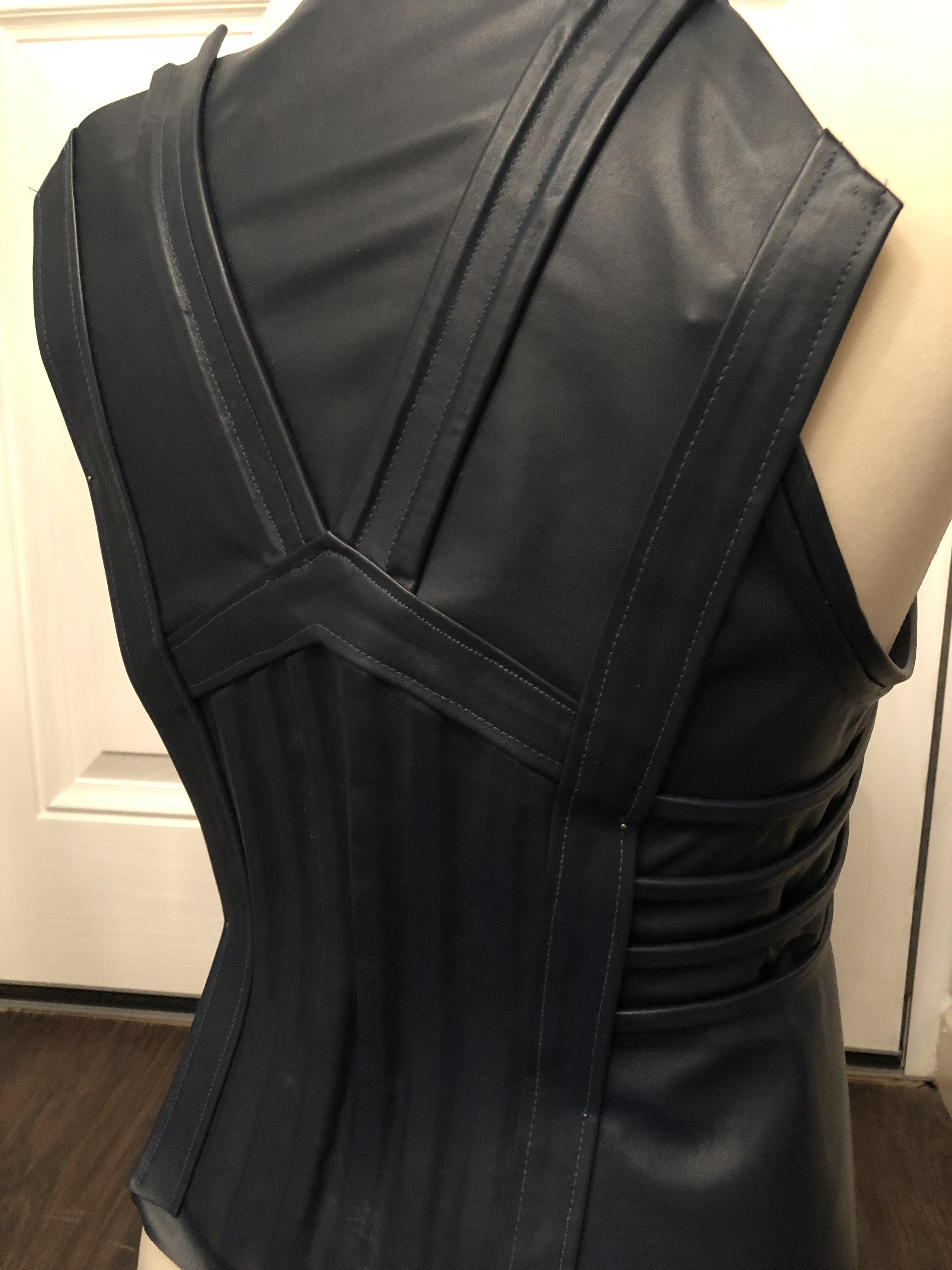 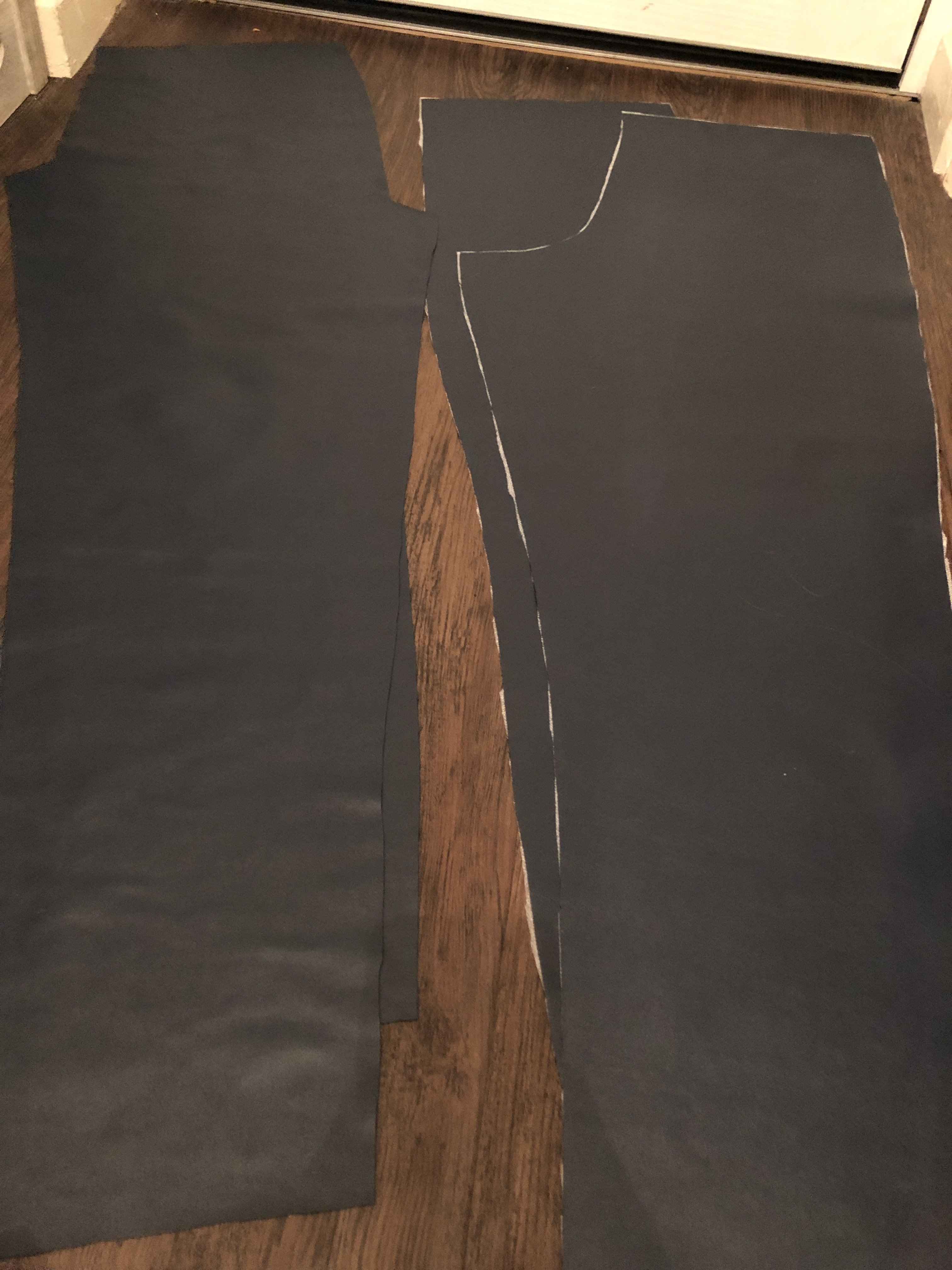 I am in love with this project!

lululandia said:
I am in love with this project!
Click to expand...

thank you !! we're getting there slowly!

Also really loving this! I don't have the experiences or the resources to make this myself, so I am vicariously living through your build.

RPF PREMIUM MEMBER
Not sure how I missed this thread, but love it!

Love the attention to detail here!

Sorry for the recent radio silence but we all had some real life stuff to deal with but we are back onto the project and super excited!

I also forgot to upload these progress pics from a few months ago.

Still excited to see how this turns out!

Bumperoo to see if that project is still going on