HaggardSage said:
When ordering from WSL, what pant waist size did you use? The size of pants you normally wear or your actual waist measurement?
Click to expand...

When I ordered I just went with my normal pants size. And that works pretty well.

Rogu3Wo1f said:
When I ordered I just went with my normal pants size. And that works pretty well.
Click to expand...

Greetings All! I got a Hasbro Legends Captain America Shield (Falcon and The Winter Soldier) for my 30th birthday and that's spurred me to step up my costuming game and so I've set out to put together a banger Cap Endgame costume for a ComiCon coming up locally in September. It'll also be great for Red, White, and Blue spirit days at my school (my students will lose their minds)! I've already gotten HurleyFX's upgrade kit, and I've ordered a helmet from Jordan's Ironic Armory, and a suit and accessories from White Sheep Leather. There seem to be many of you on this thread who have ordered from WSL and I was wondering if y'all could give me an idea on how long it took from ordering to delivery? I did order a suit customized to my measurements so I'm sure that factors in along with the Global Pandemic.

My suit arrived about 3 weeks ago and I have to say I AM LOVING IT!!! 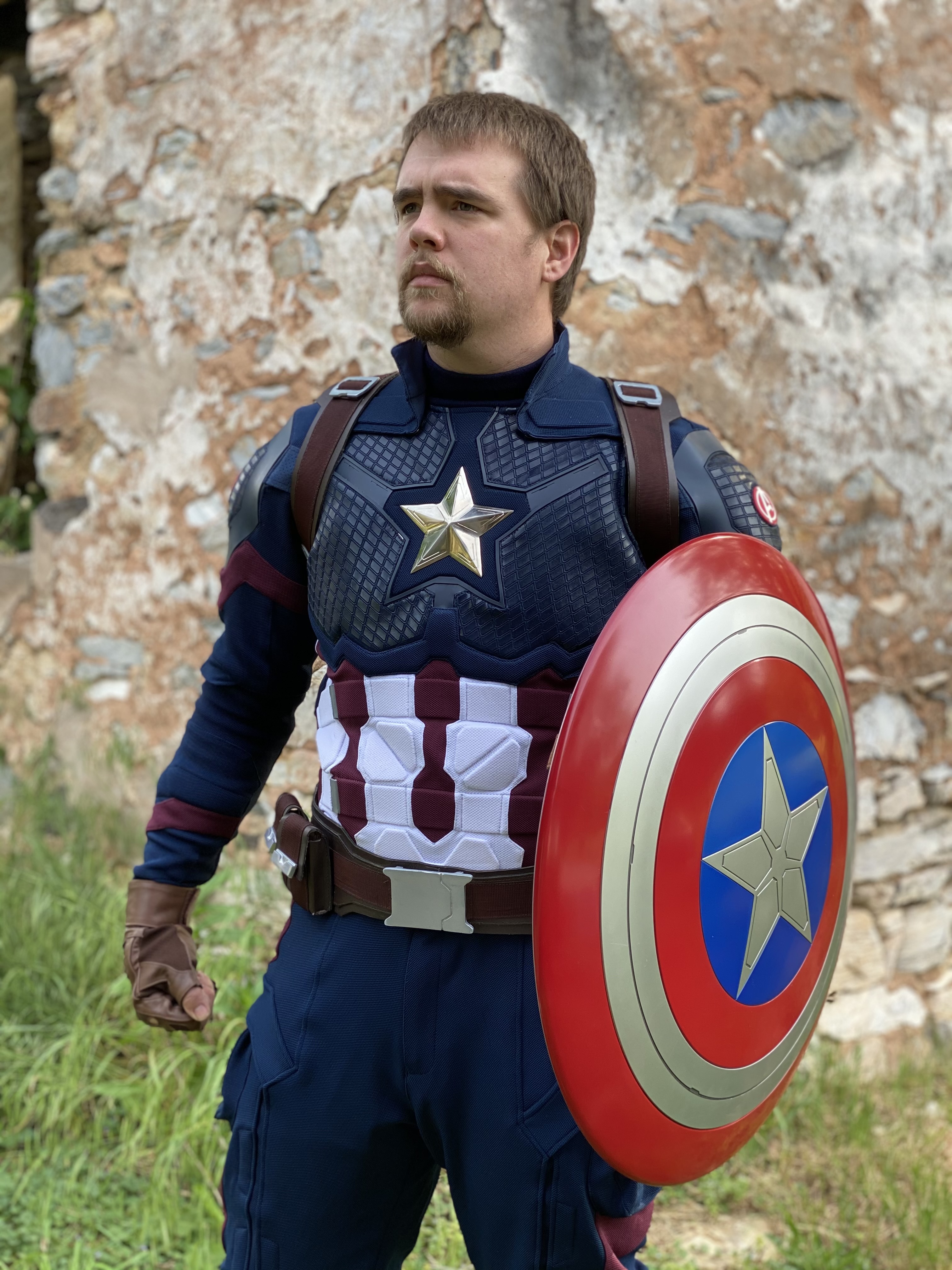 This thread has been very helpful as I'm planning to buy the WSL Captain America Costume.

One question I couldn't find on the WSL website or else where... How difficult is it to clean/wash the costume? I'm ok if it's something that needs to be done by hand, I just want to make sure that I'm not going to ruin it after wearing it one or two time. Any info from those who have purchased would be great. Thanks

Steveko89 said:
I got my belt/harness set from Wayne Factory on etsy and then darkened them to my liking. PropsNStudio was the gold standard among a few Cap groups I'm in for a while but their store has been on hiatus for a while. 3GeekDesigns (via Facebook or IG) also do runs every so often and are probably more screen accurate than Wayne Factory but less readily available.

Here's my Endgame suit
Base suit from WSL, ab tabs and urethane star burst from 3GeekDesigns, gloves from LFV, weathering and scale accents done by me. I can go into more detail on how I did that if anyone's interested.

Not just the suit being good, but you look that part as well. 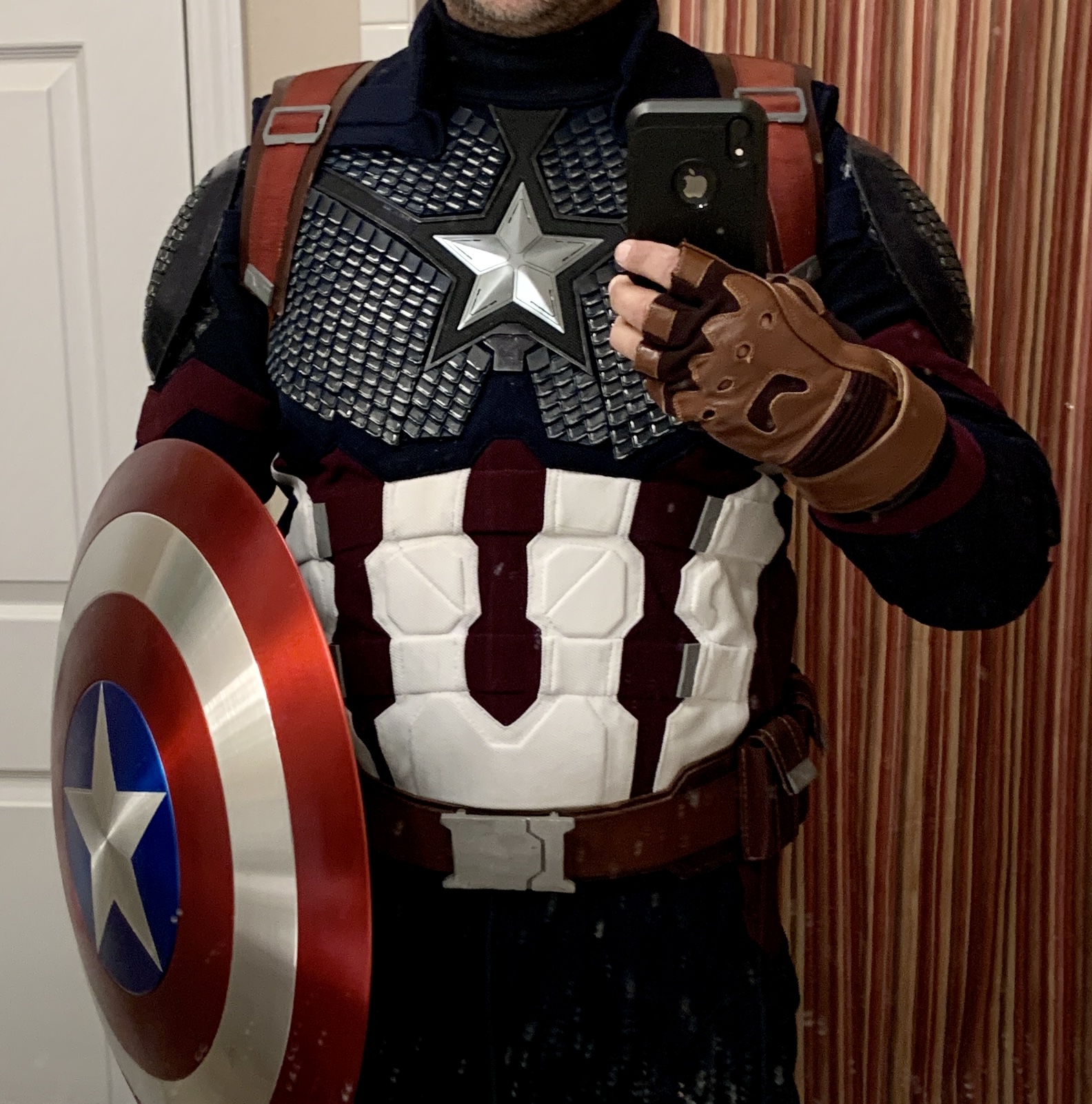