A member of Cults3D wanted a Browning M1919, so I decided to design the A4 version of that weapon. I managed to find some blueprints on this, so, I'm following them. I thought it would be easy with the blueprints, but not so much...probably because I'm doing some of the internal components and making these components movable.
I'll probably design the ammo drum, that Arnie used in Terminator: Judgement Day, even though I don't believe it ever was designed in the real world. 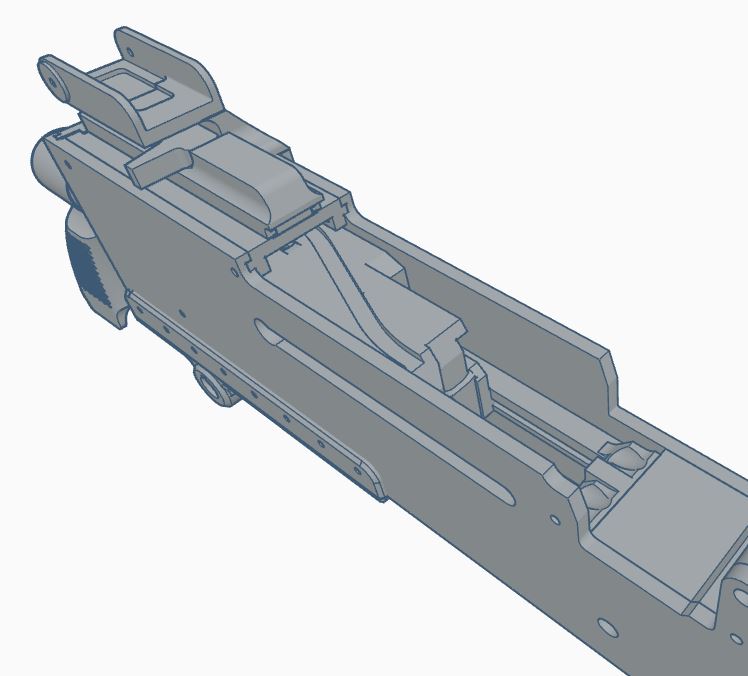 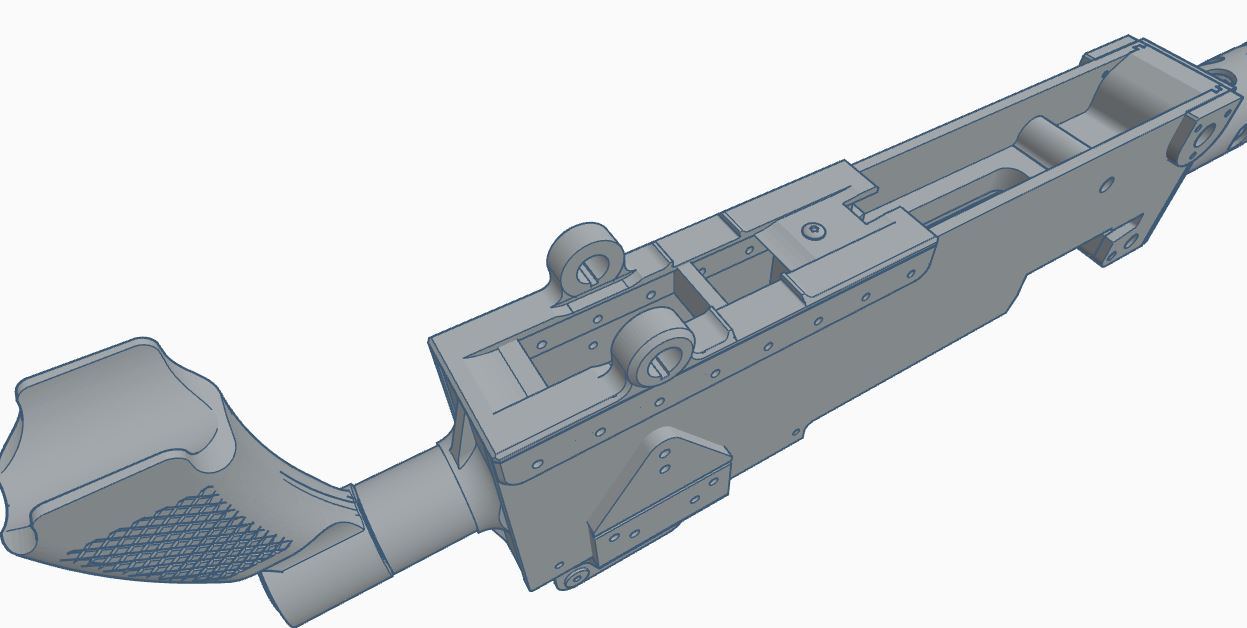 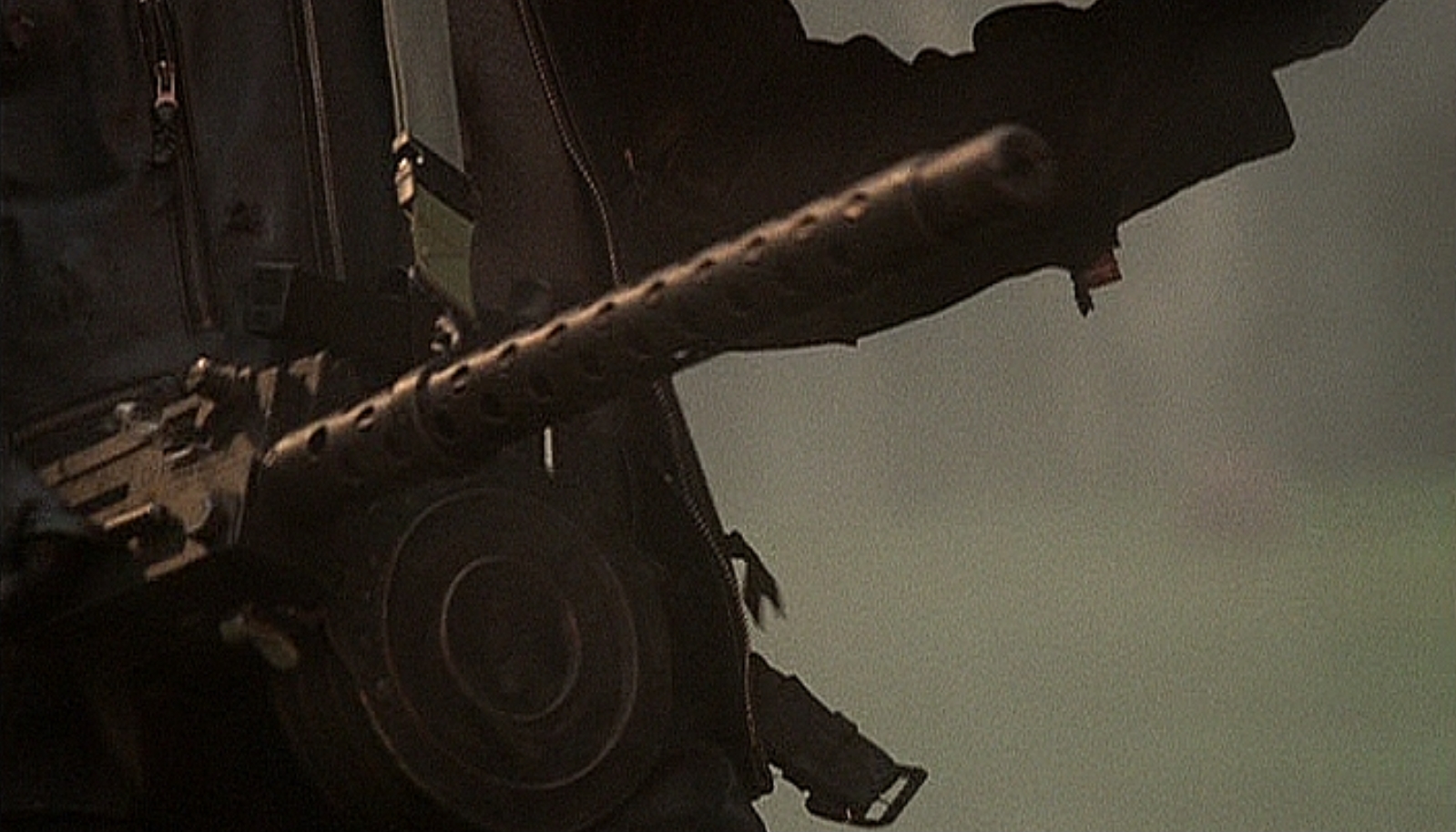 Almost finished the M1919A4. Still have to model the front fold-down sight. I made a fairly detailed and somewhat functional interior, with a bolt that retracts, extractor arm (to extract bullets from the ammo belt), a belt feed lever which follows the cam in the bolt, and moves the belt feed slide in the cover, a movable range slide in the rear sight, movable trigger and lastly a catch that latches the cover in place.

For fun, I modelled the Terminator 3 totally fictional ammo drum and harness hardware, where Arnie lays down suppressing fire in the cemetery. That also needs some more work on it to make it closer to what appeared on the screen. The support hardware is oversized but designed to support the whole the whole prop, since it will most likely be printed in PLA, and the 1/2" copper plumbing pipe that is used to support the length of the barrel adds a bit of weight as well. 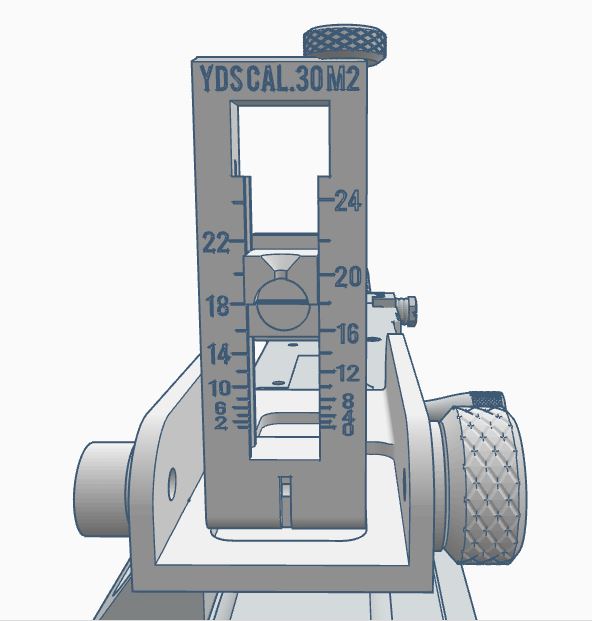 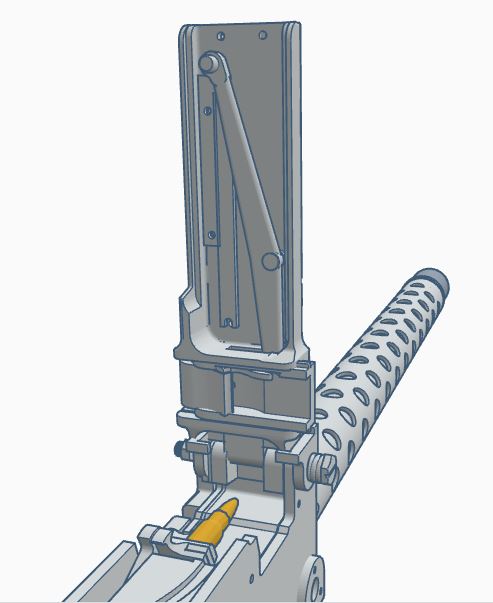 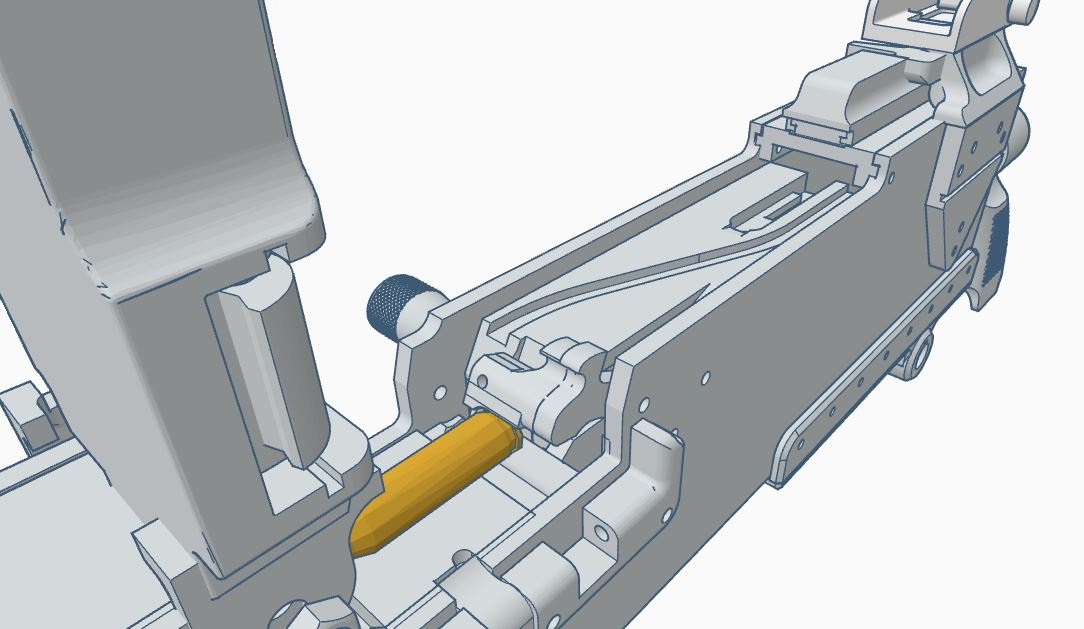 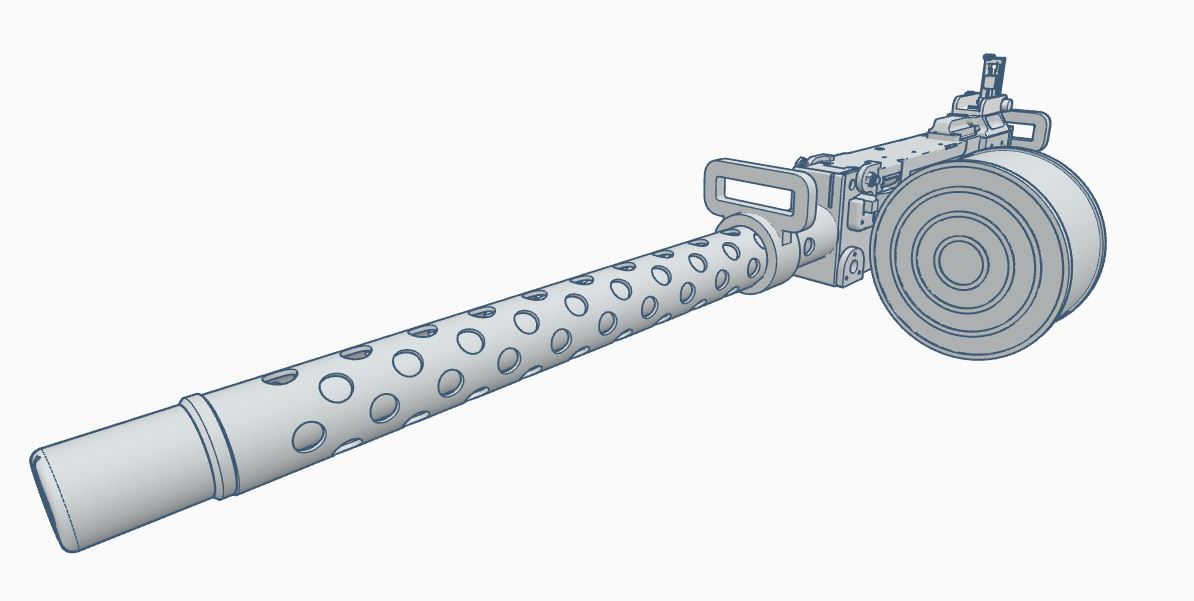 Probably one of my most detailed and accurate works ever with a retracting bolt, extractor moving on a cam, belt feed slide and arm moving along cam folding front and rear sights. Since it is only a prop, lots of internal workings were omitted. Some tradeoffs had to be made between accuracy and PLA strength, but that was minor. The barrel and barrel jacket are removable for storage. I also added a different handle for the Back Plate, so if someone wanted to use Wood PLA they could stain the grips. I also redesigned the Terminator drum to look more like the movie version.

Still working on an instruction set. 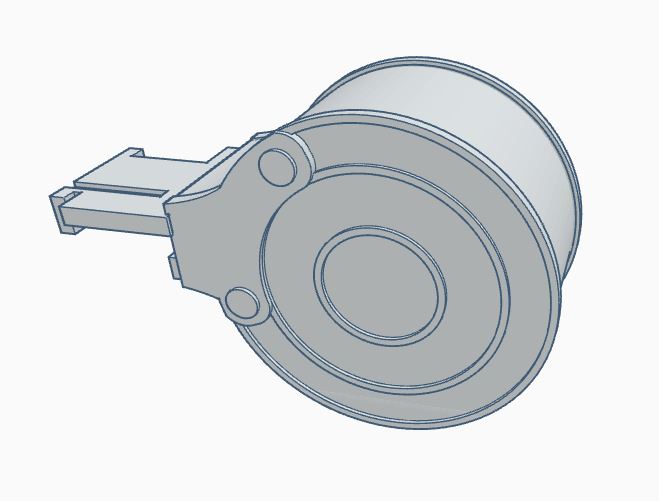 Why do I keep doing this? OK, this will be it for a while. I designed this to be reinforced with 1/2" copper plumbing pipe. It's called the M2 Tripod, but almost identical to the M122 which still is in use today. The only difference is the pintle which supports the front weapon and the T&E which supports the back. 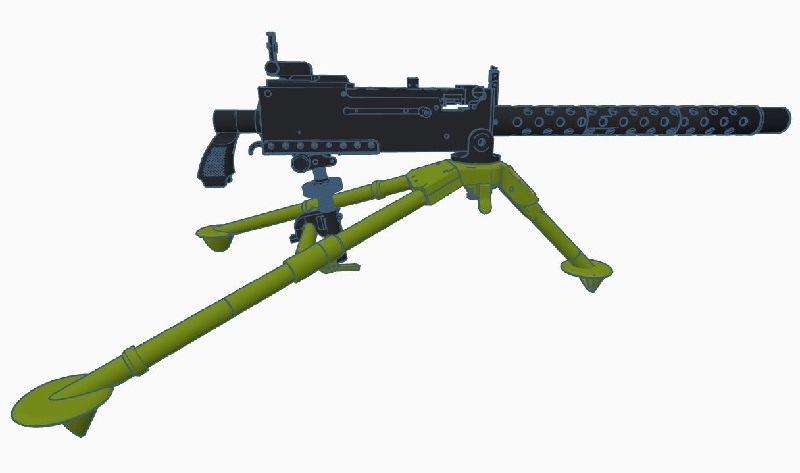 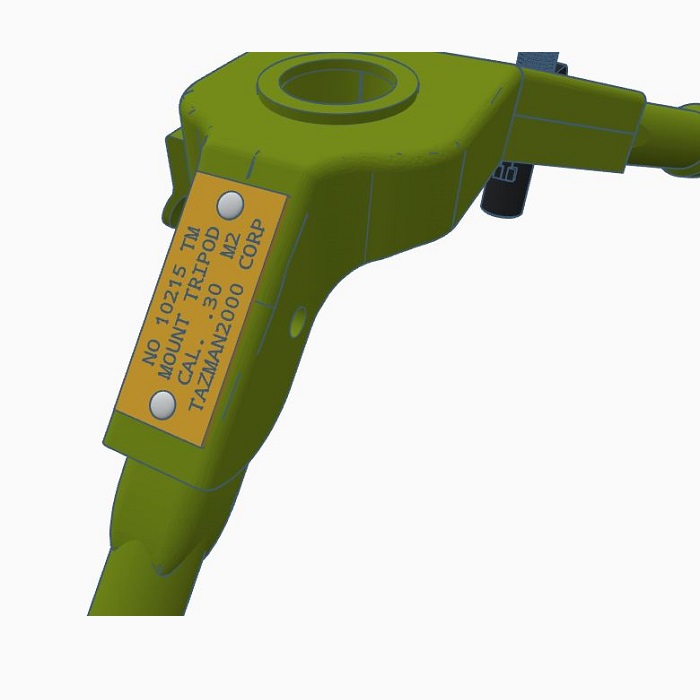 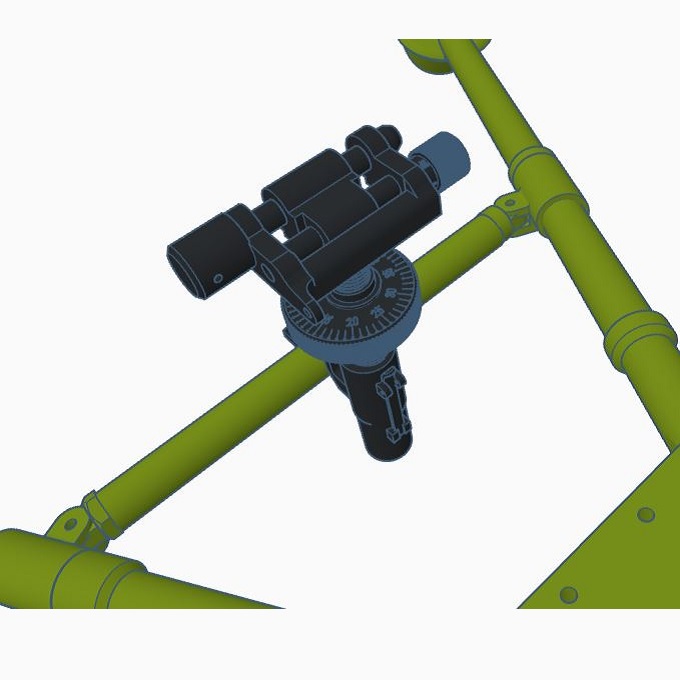 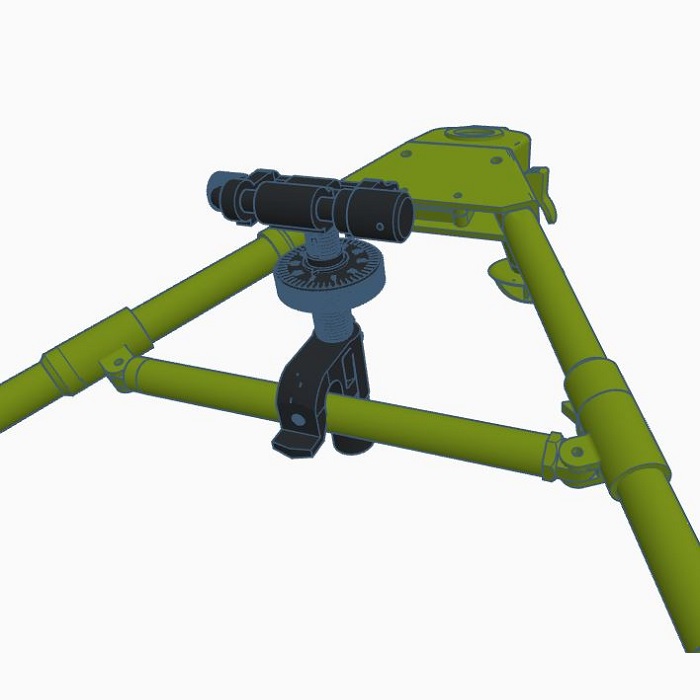 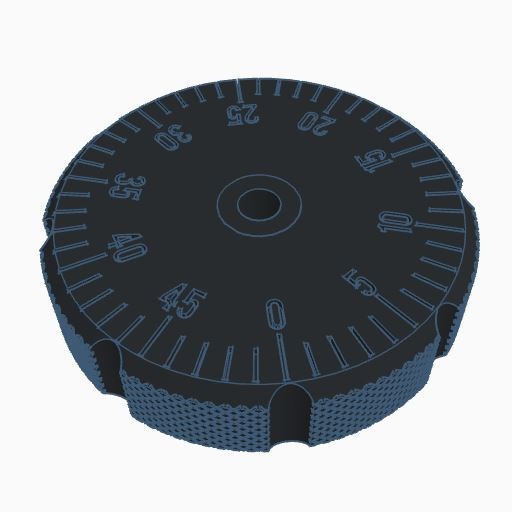 You still doing it because the results are always A+

joberg said:
You still doing it because the results are always A+
Click to expand...

Thanks joberg. It means a lot coming from you.

I made a conversion kit to make this into a M1919 A6 Version. 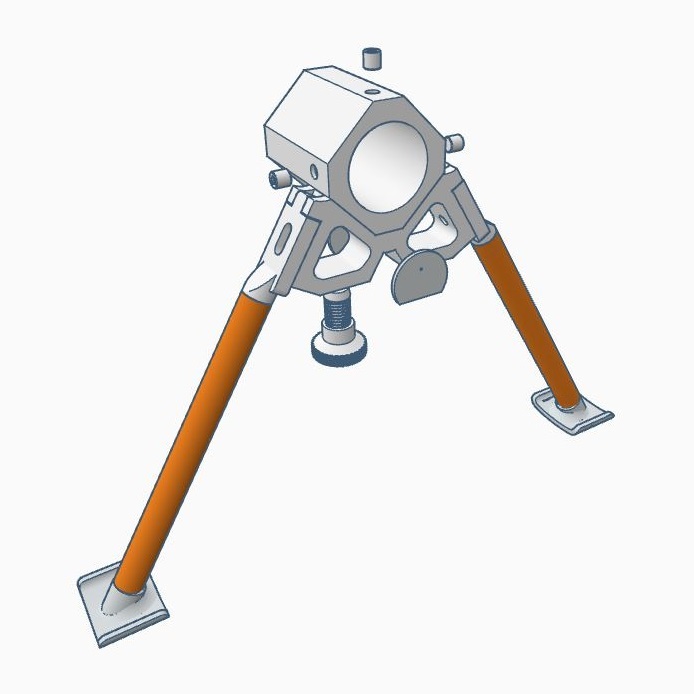 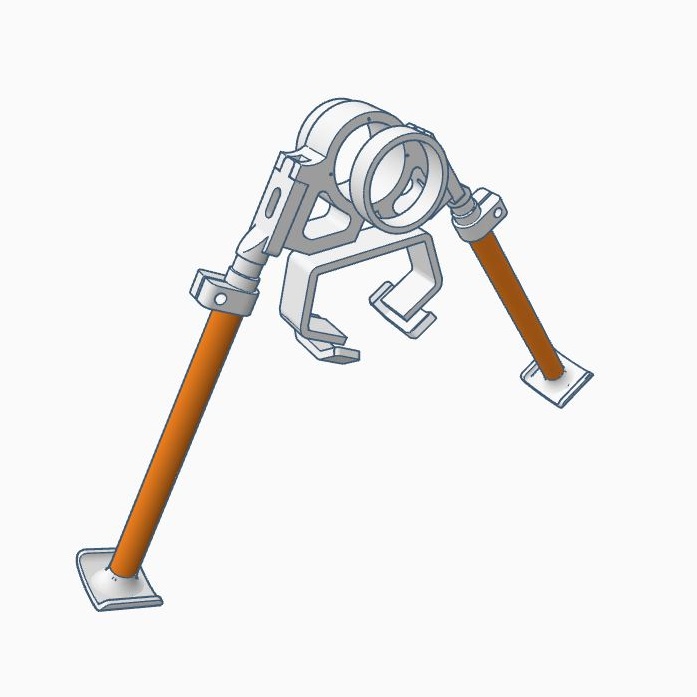 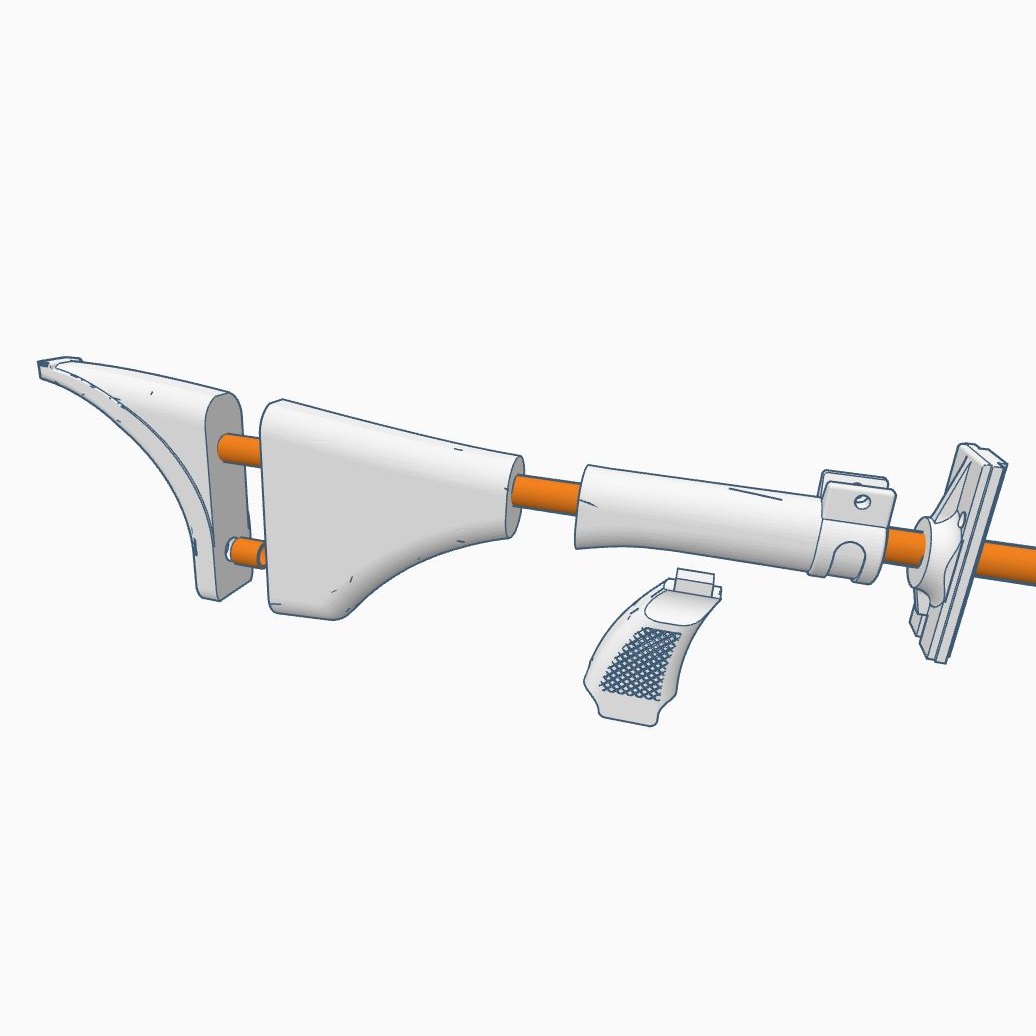 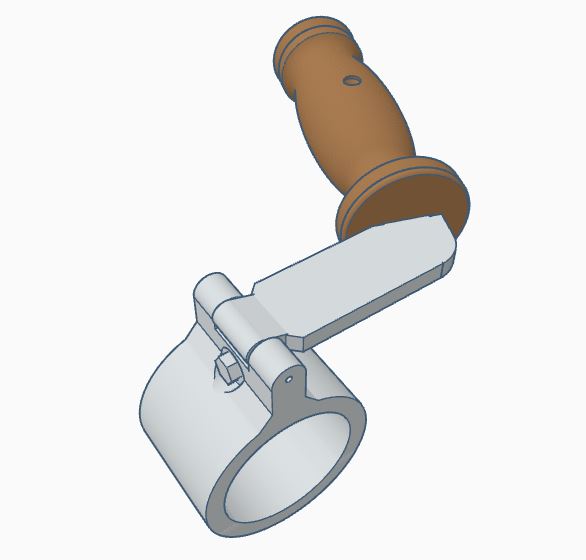 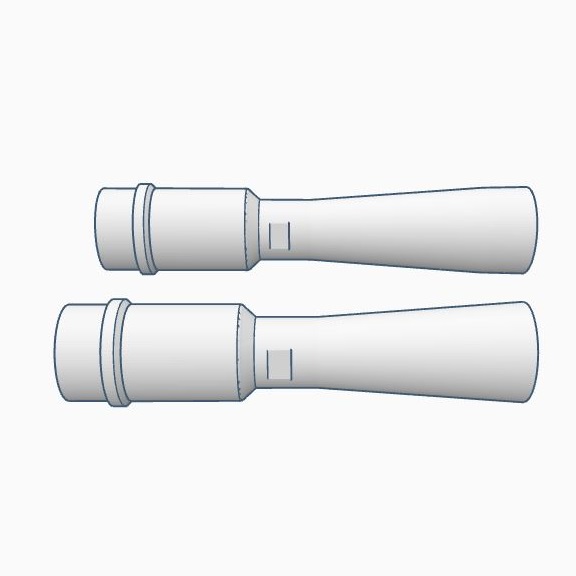 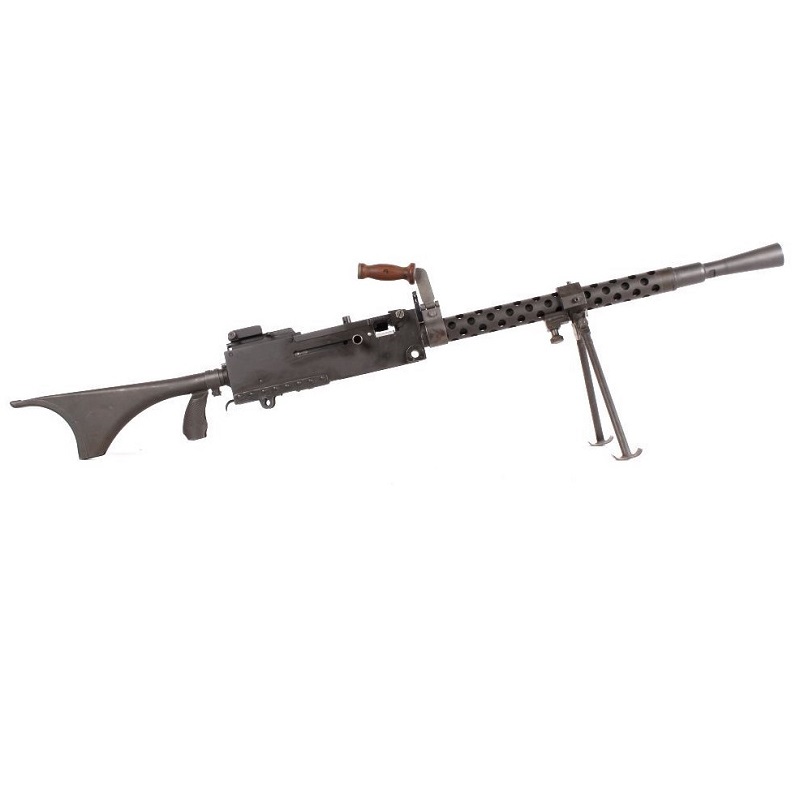 You are a machine!!