Got my notification from Target today as well...

RPF PREMIUM MEMBER
The only reason I don’t preorder from Target is they charge your card every other week until it ships.

RPF PREMIUM MEMBER
Got my shipping notice from my local source, too.

Mine should arrive today also! Can't wait to get home from work to a new bucket!!
E

RPF PREMIUM MEMBER
Helmet arrived from Target yesterday! Now I see why it's so hard to photograph accurately, but it does look better in person and I do think they did a nice job of capturing the feel of what is seen on screen even if it's brighter than the actual costume pieces. It has a weird little swirly scuff on the right rear (about 1/8" by 3/8") that flashes white under bright lighting. Should be easily hidden with weathering.

Definitely needs some light weathering so I will be reviewing Mr Mold Maker's excellent Mando paint thread. Maybe some additional smoke tint on the ears after strategic masking to leave the bright silver stripe (they are fully bright silver as is). One ear snaps off in two pieces for the battery access/light feature and the other looks like its mounting screws are easily accessed, so that's nice as far as not needing a ton of masking.

I kind of want to put the ears on a belt sander to knock down their thickness but I worry about getting the contour right for re-mounting with no gap. The battery compartment would have to be removed but no big loss as the flashlight is very dim - that would be better replaced with a proper one that can attach via hidden magnets.

Maybe some additional matte spray on the upper cheeks? Does the original have it just on that upper cheek panel or is it also the rear/vertical cheek panel?

Mine arrived today from Target!

Got mine from Target today too! Plan to get pics tomorrow, but it does look good overall, very pleased! And no payment issues leading up to shipping.

RPF PREMIUM MEMBER
Got mine as well today. Blown away by the finish. Absolute bargain for the price. 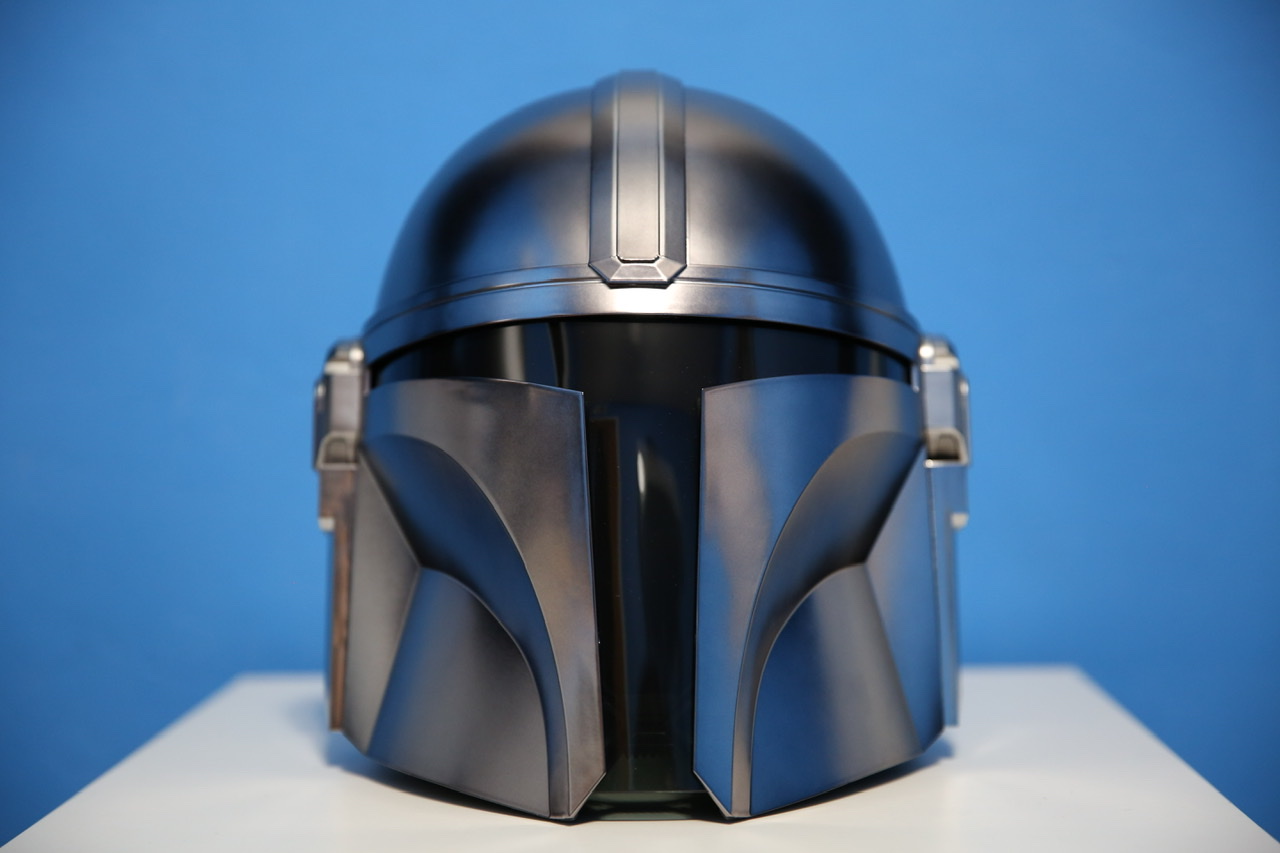 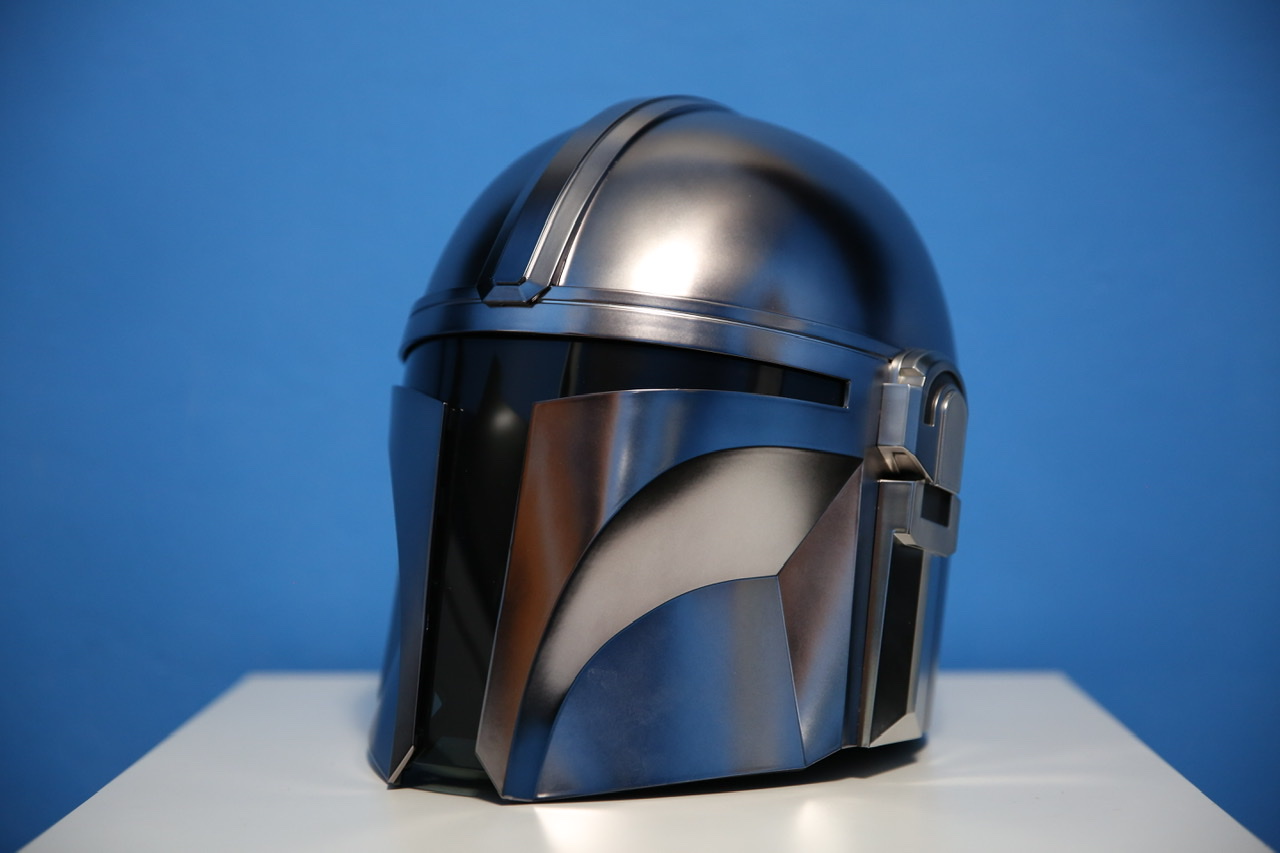 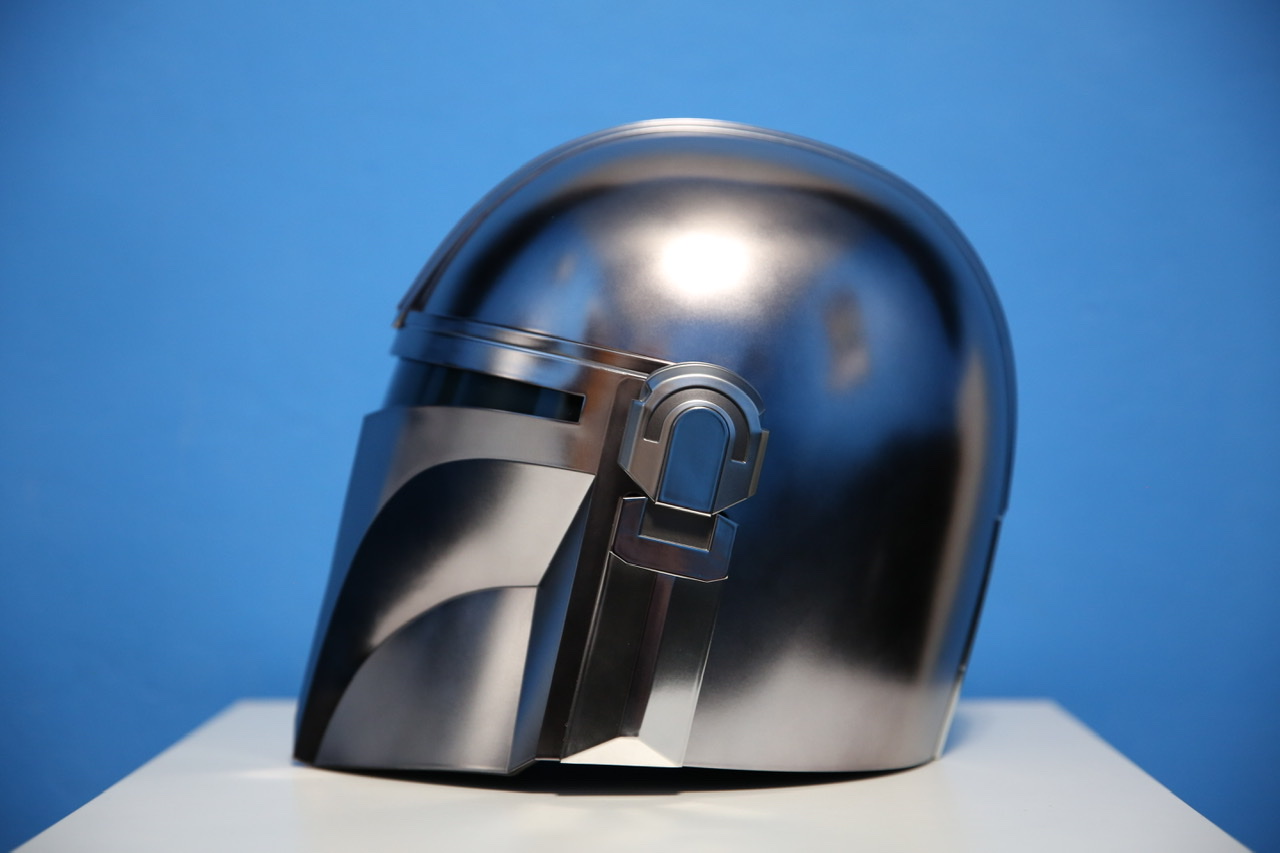 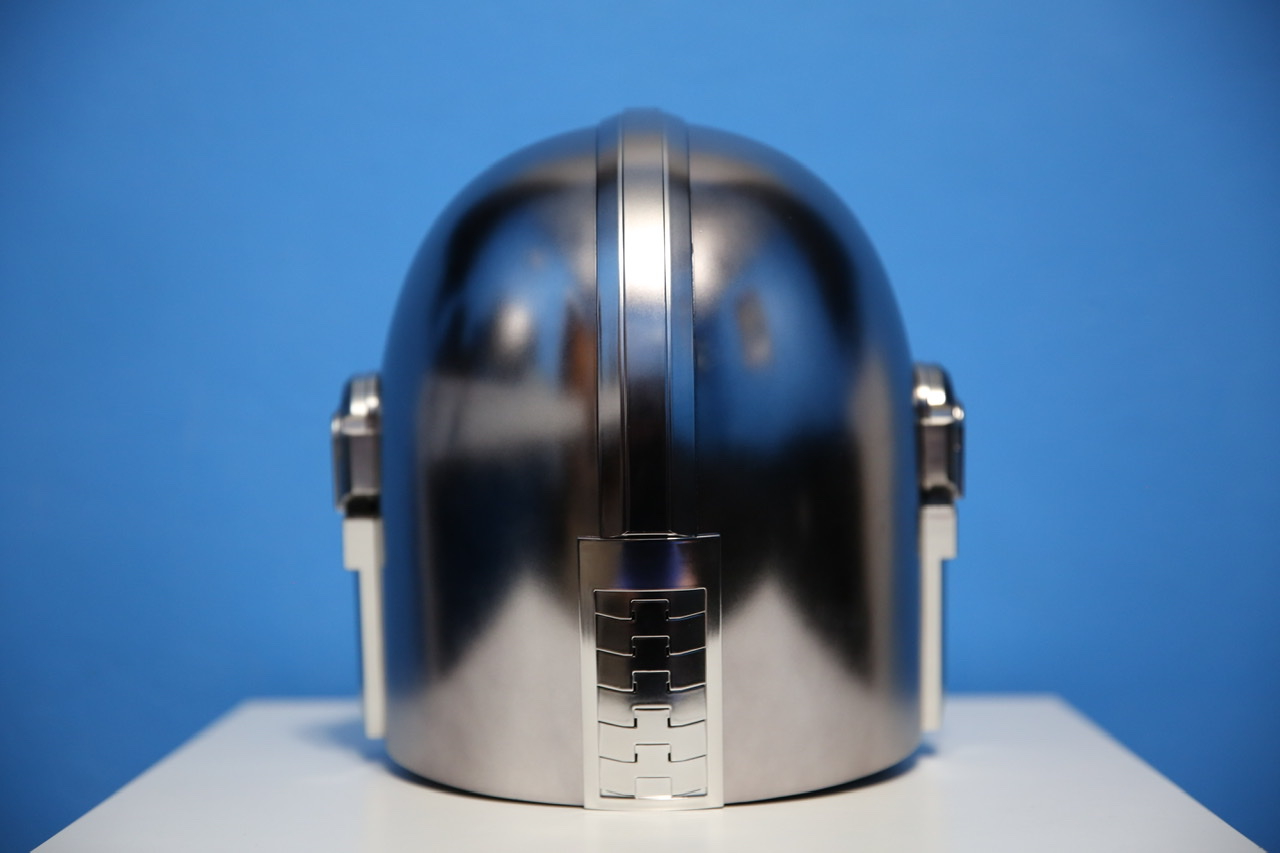 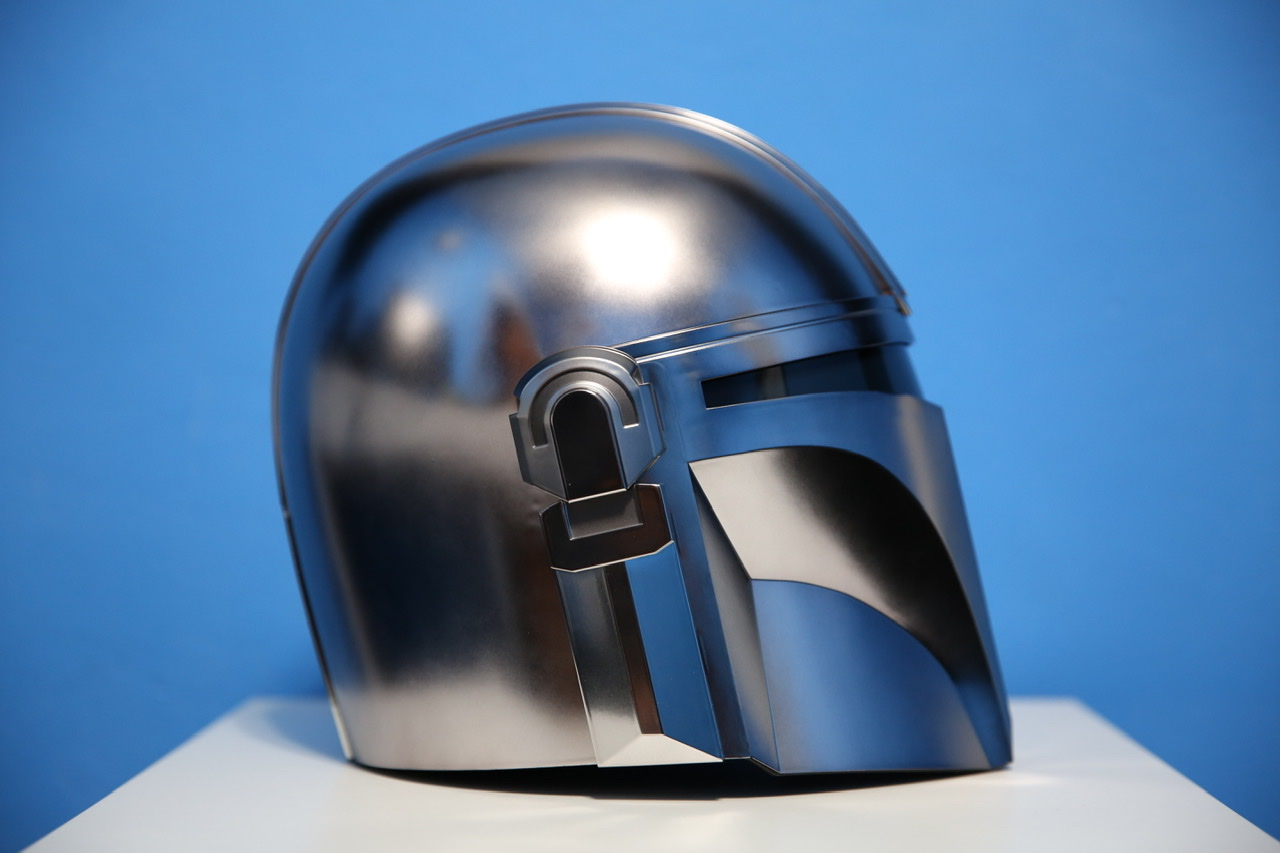 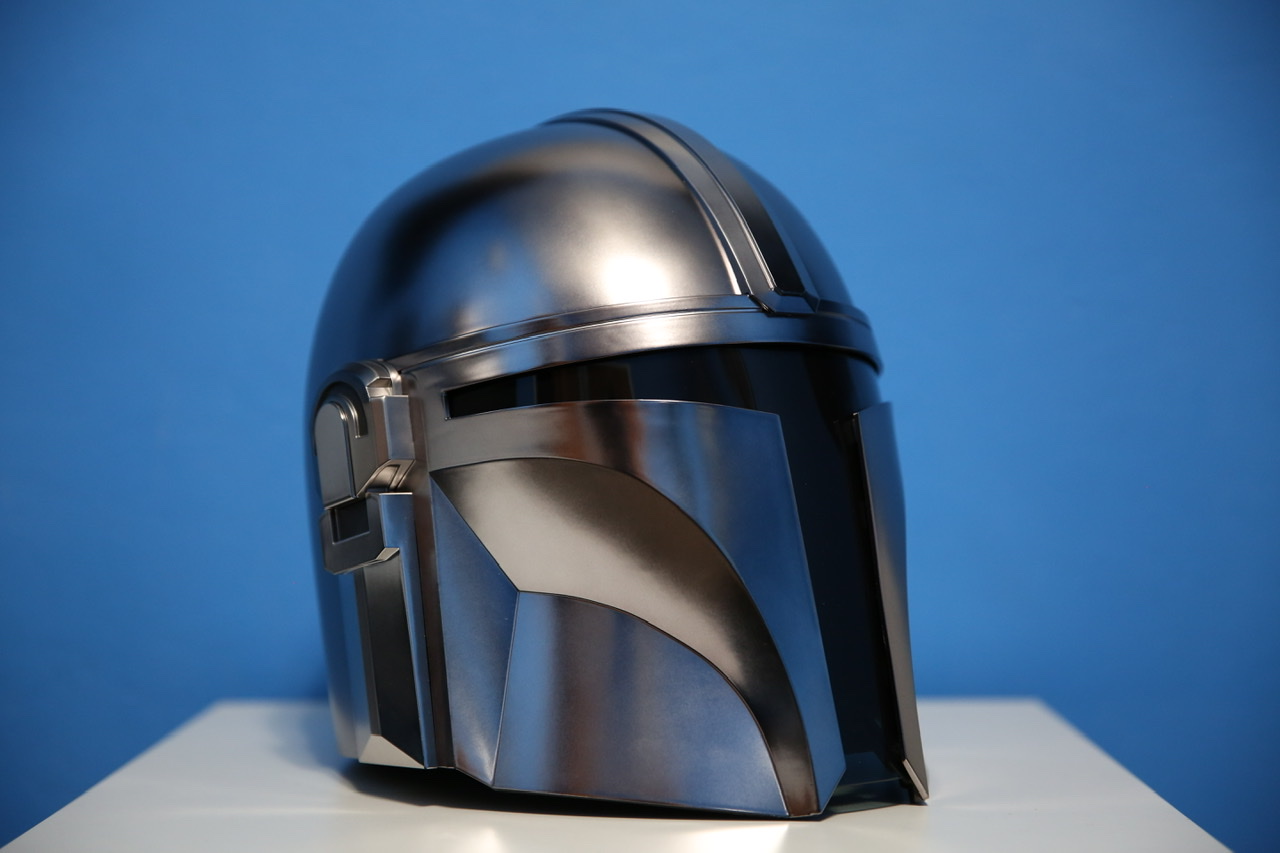 Heads up target has them in stock to order just ordered another if you use a target card there is a $25 coupon off $100 or more on toys plus 5% off and free shipping for using the target card so $95 shipped !
Click to expand...

Still in stock on Target. I missed pre-ordering this and was starting to get a some serious FOMO seeing the In Hand pictures when I saw YakFace's post this morning that they were back in stock again on Target's website, with the $25 off 100 promo. Just put an order in.

RPF PREMIUM MEMBER
Thanks for the tip on Target.

Just bought a 2nd one from them right now, and will most likely sell my Amazon one when it arrives.

I blame FOMO on this one lol.

RPF PREMIUM MEMBER
Thanks for the Target tip with the discount, just ordered!

RPF PREMIUM MEMBER
Swweeeeet. Just cancelled my EE order and placed one with Target. Saved me $30!

Doh2 said:
Per Amazon, mine won't ship until June 3rd! What the fudge??

For the Fett, I ordered directly from Hasbro and brought up the rear compared to Amazon. I guess Target gets my money the next time!
Click to expand...

Consider a Target purchase with the $25 discount.
A

I have received my Target preorder today and am very happy with it. Keeping in mind that Hasbro has the license to produce toys, not screen accurate replicas, I couldn’t be more impressed with the team that produced this. Especially for this price! Congratulations to Hasbro for another win. Anything that might not satisfy me in the accuracy department, I will have the fun of trying to improve. I love it as is.

Odd. It says it's "not available for shipping" to my location. In Los Angeles. A major city. 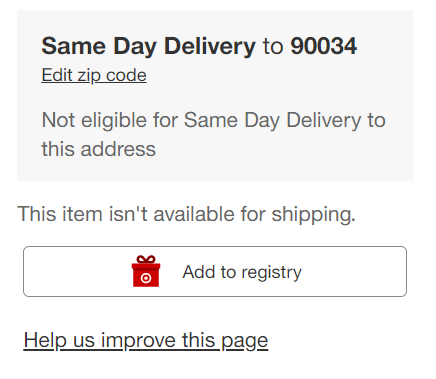 Kroenen77 said:
And the lines on the mohawk are no grooves like on the real prop...its a raised part.

Here you can see it very good.

The Hasbro helmet is a complete new sculpt and has nothing to do with the real helmets.But for what it is its really nice.
Click to expand...

The Hasbro is based on a cleaned up scan of the original helmet. They showed photos of the scan when it was first announced.

Dangit! I saw this too late and no listing on Target's website. I live near one, so maybe I'll try an in-store purchase this weekend.

Thanks for the tip, though.

Is there a source for a McQuarrie Vader Helmet that isn't the EFX one? Fan Made Maybe?