RPF PREMIUM MEMBER
I did manage a spot of first stage weathering on this last night, after plenty of pain killers 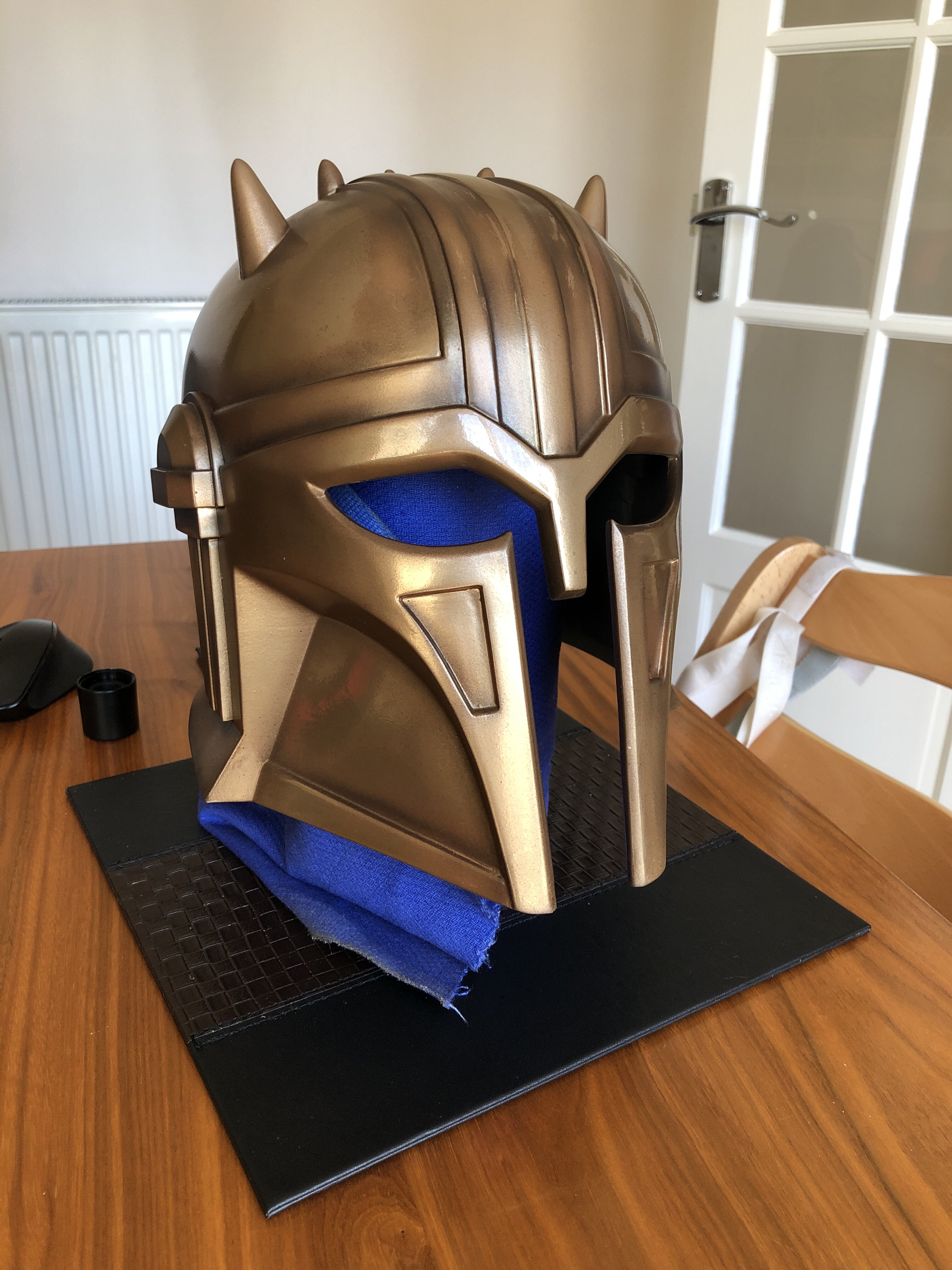 Well it’s been a while since I posted anything or done any build work, as some might know I’ve got very sore hands and wrists that aren’t getting any better,
minimal real life work done, just enough to get by and pay the bills, 2 or 3 half days gets me what I need.

Sooo !
I thought I would share my find to the friends who have read and kept in touch with my build

The Vader neck collar grill is from a Philips radio
L3G36T 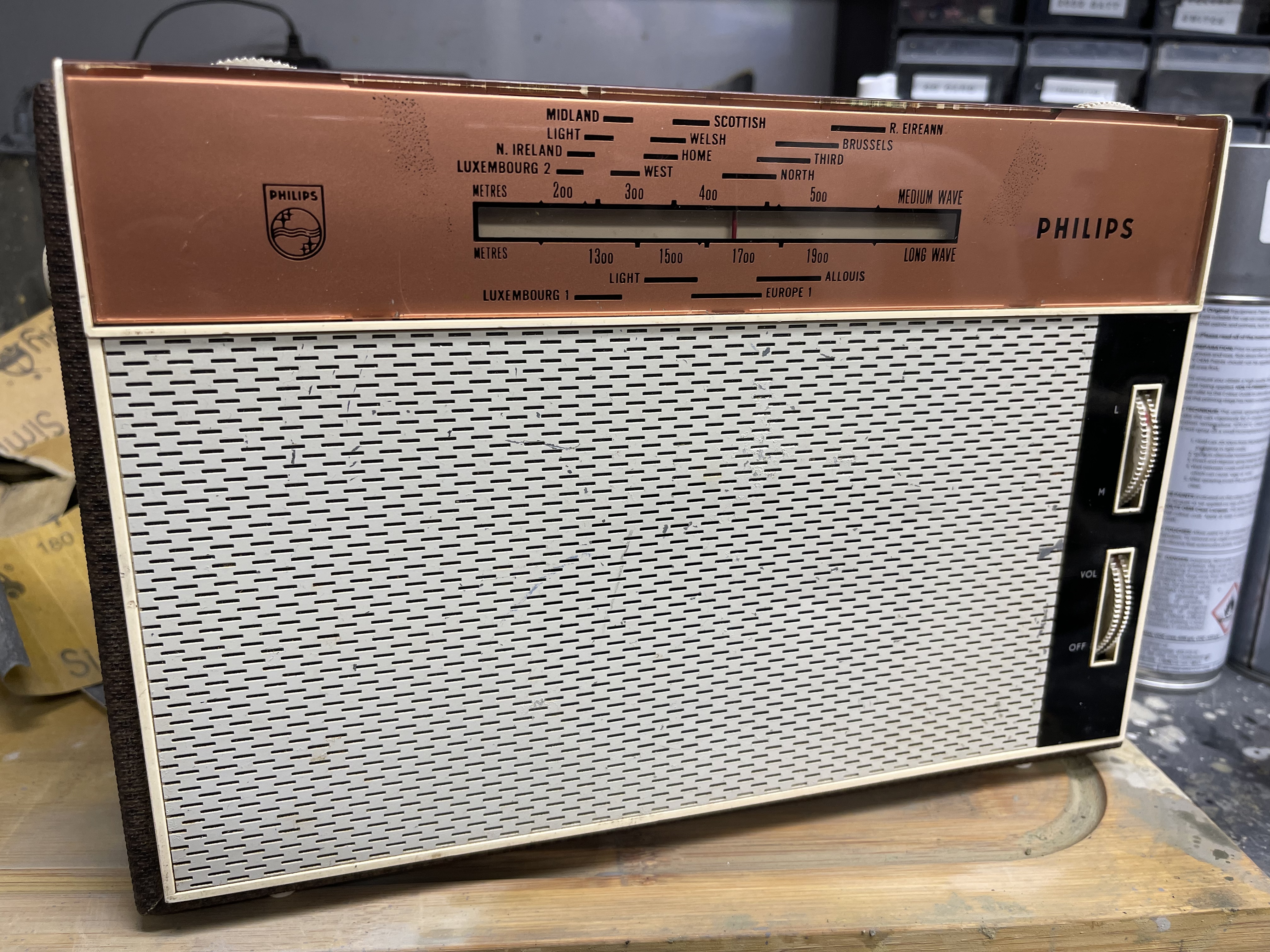 Happy searching, they are like trying to find rocking horse poo

RPF PREMIUM MEMBER
I unpacked a few things just after I packed them up for the workshop rebuild as I couldn’t resist doing something
It was brutal to say the least !
On the hands and the heart, can’t believe I’m cutting up this masterpiece !!
I finally cut the tubes of Vader and did a small filling in job
I’ve got to build up the sides and fit in some rails for a perfect fit together before I cut out the front grill 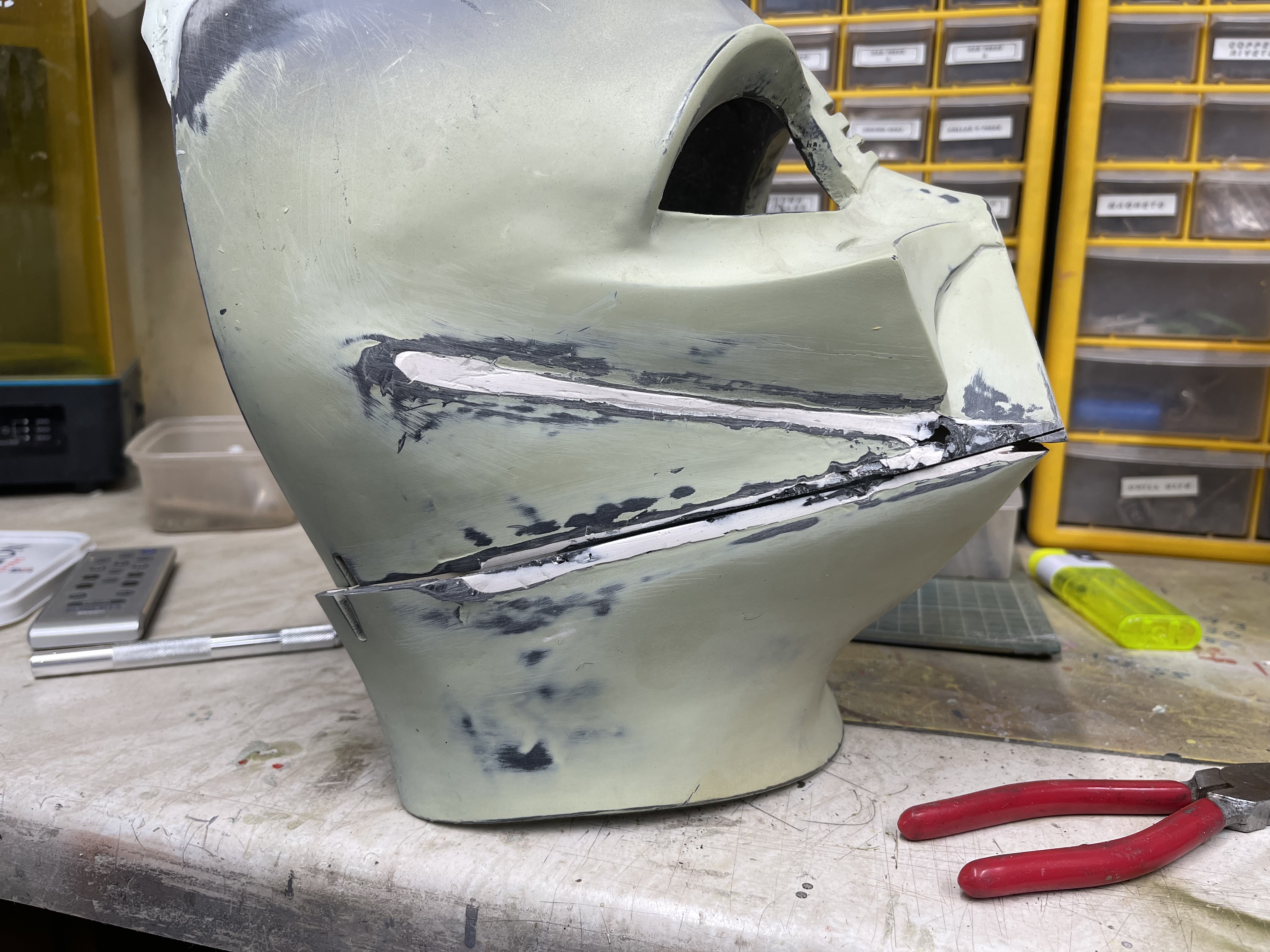 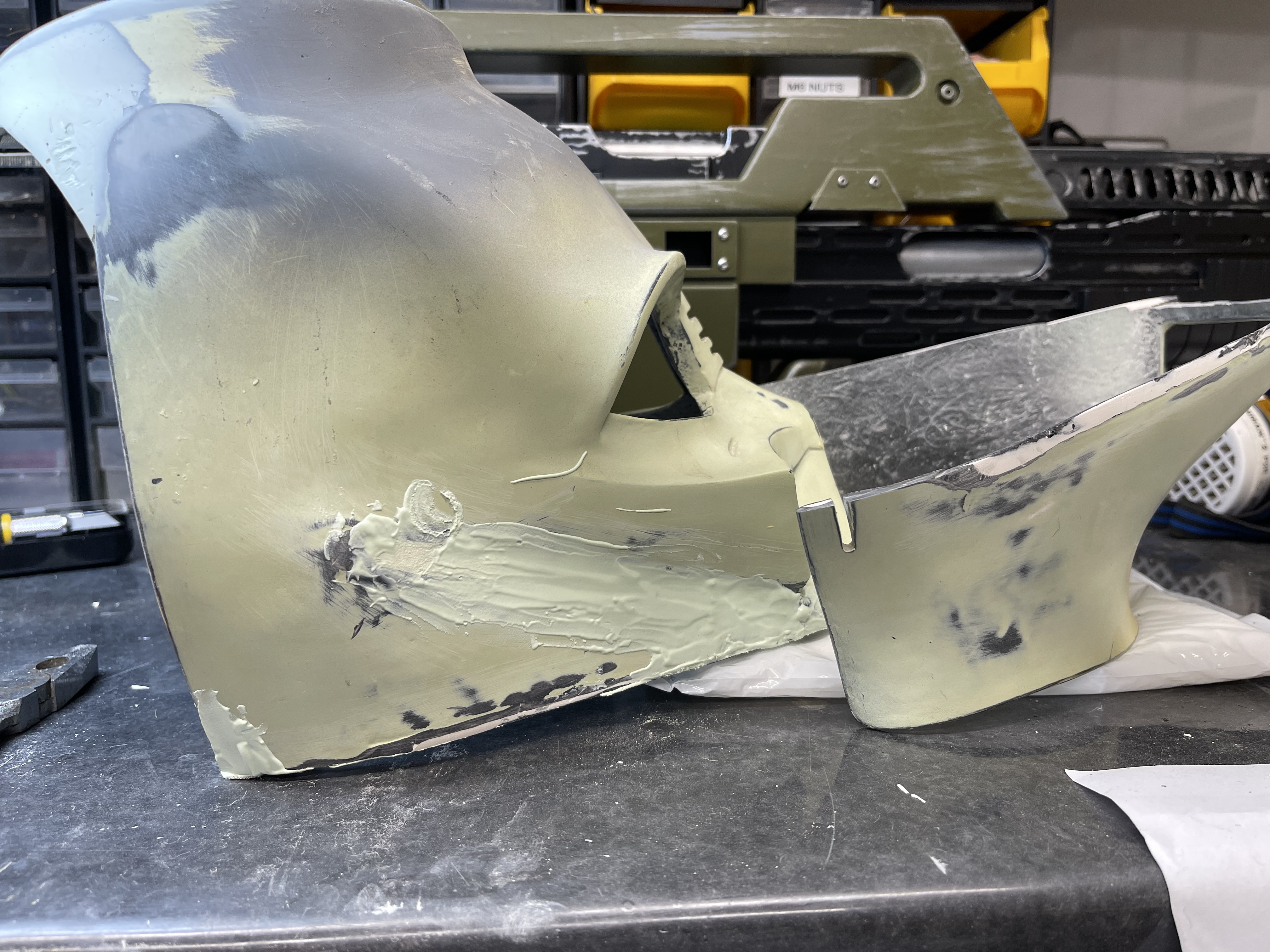 Lots and lots of rubbing, filling and fitting to do

Before I started I noticed that some of the edges needed to be flattened and squared up, also I have to cut out the grill in the nose and replace with some nice new square edged (thingy stuff) technical term,
Both sides needed flattening out. 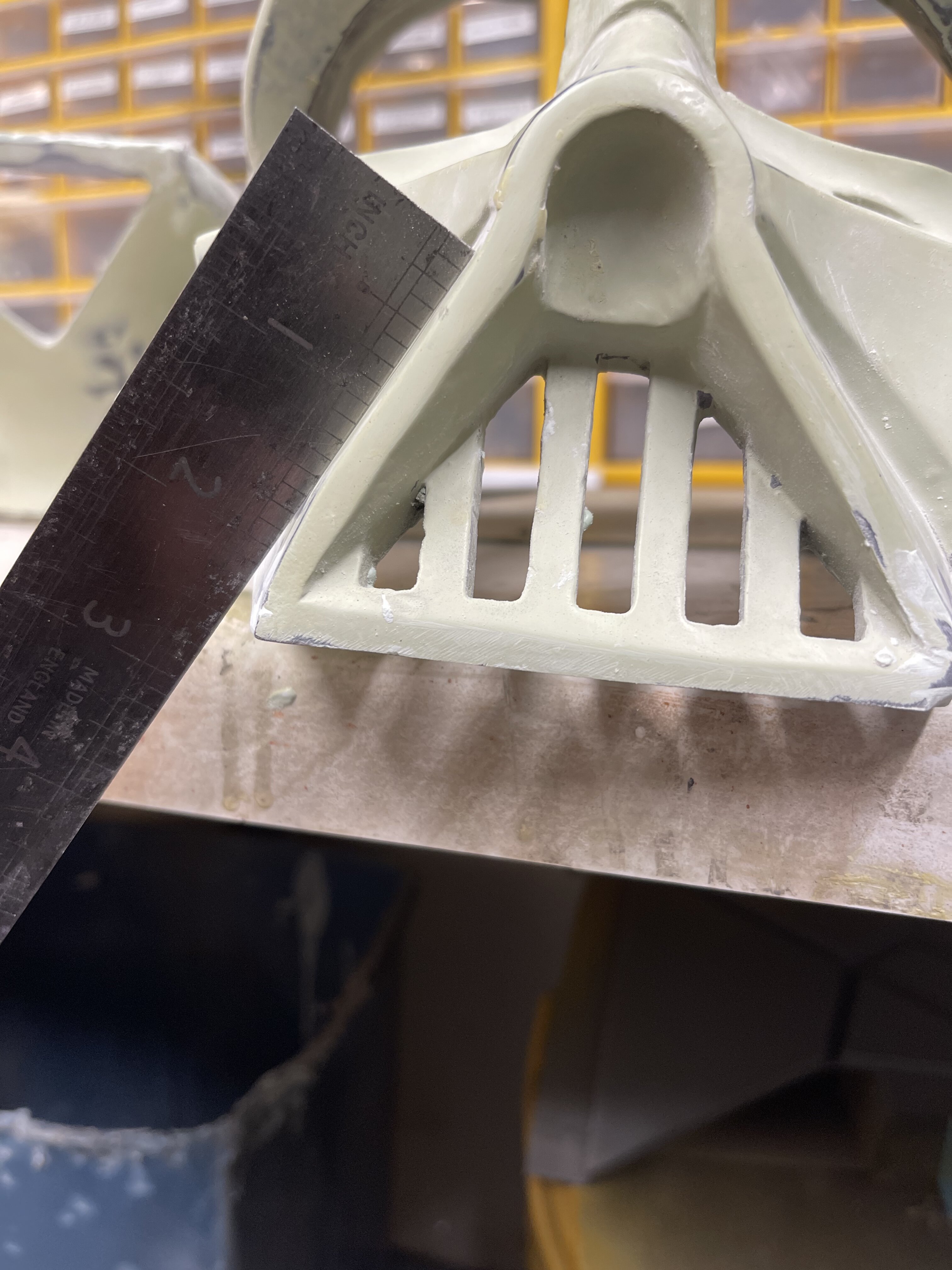 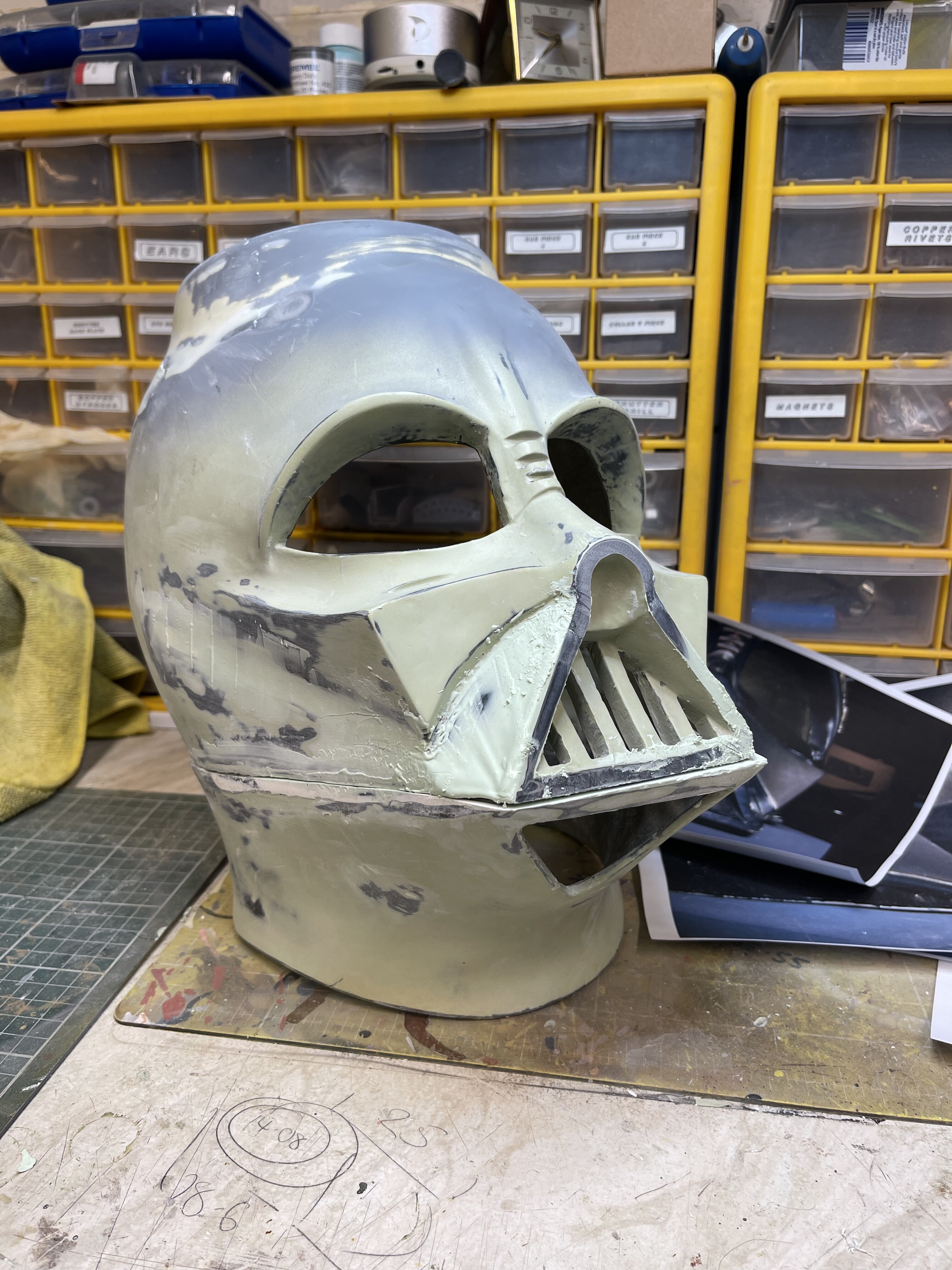 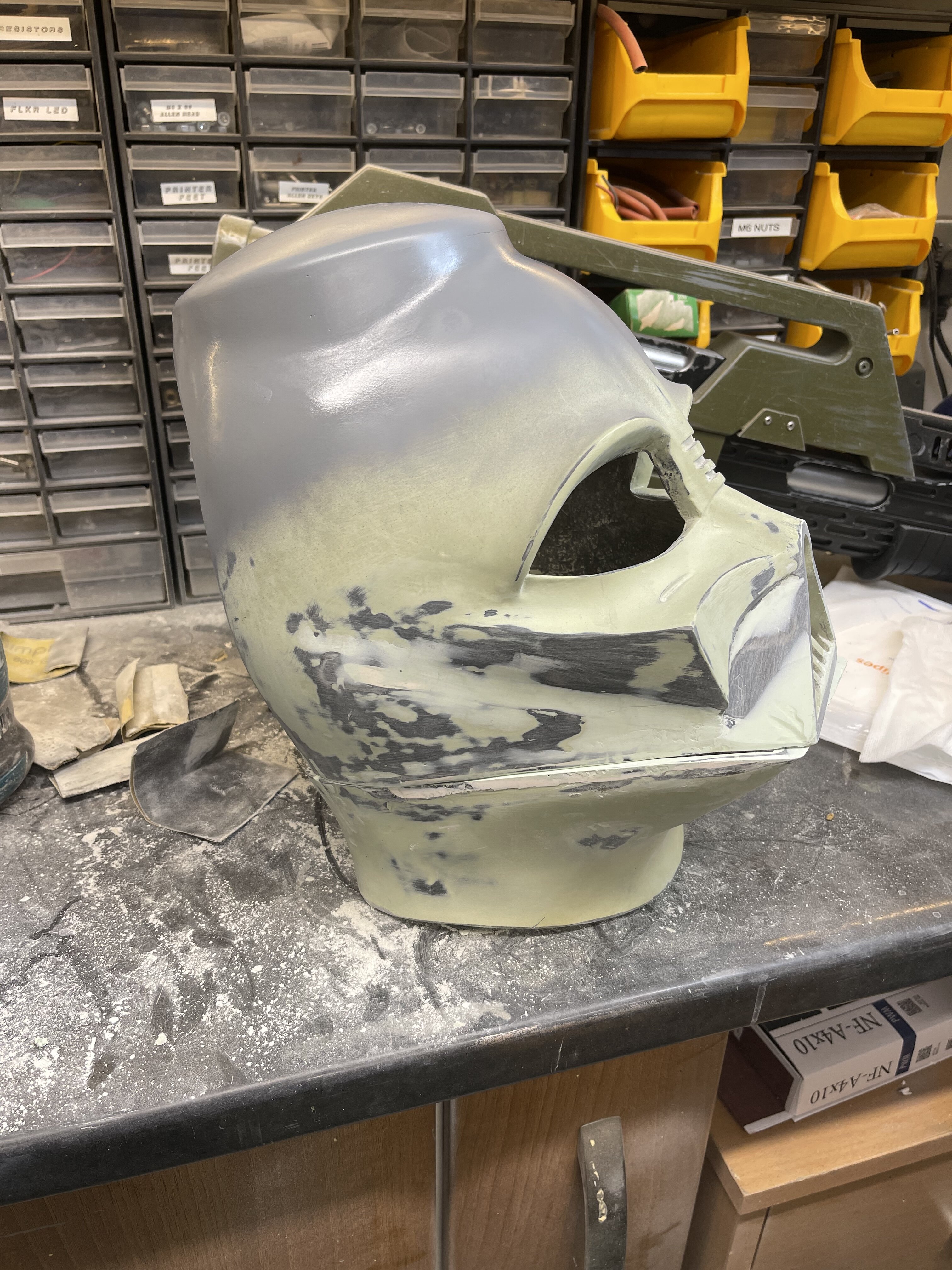 Gave them a rub down to get some sort of flatness to them, still need to add a little more filler but I have to keep an eye the lower edge as I don’t want to over fill them because i have to position the cheek tubes at the lower joint ( you will understand later ) 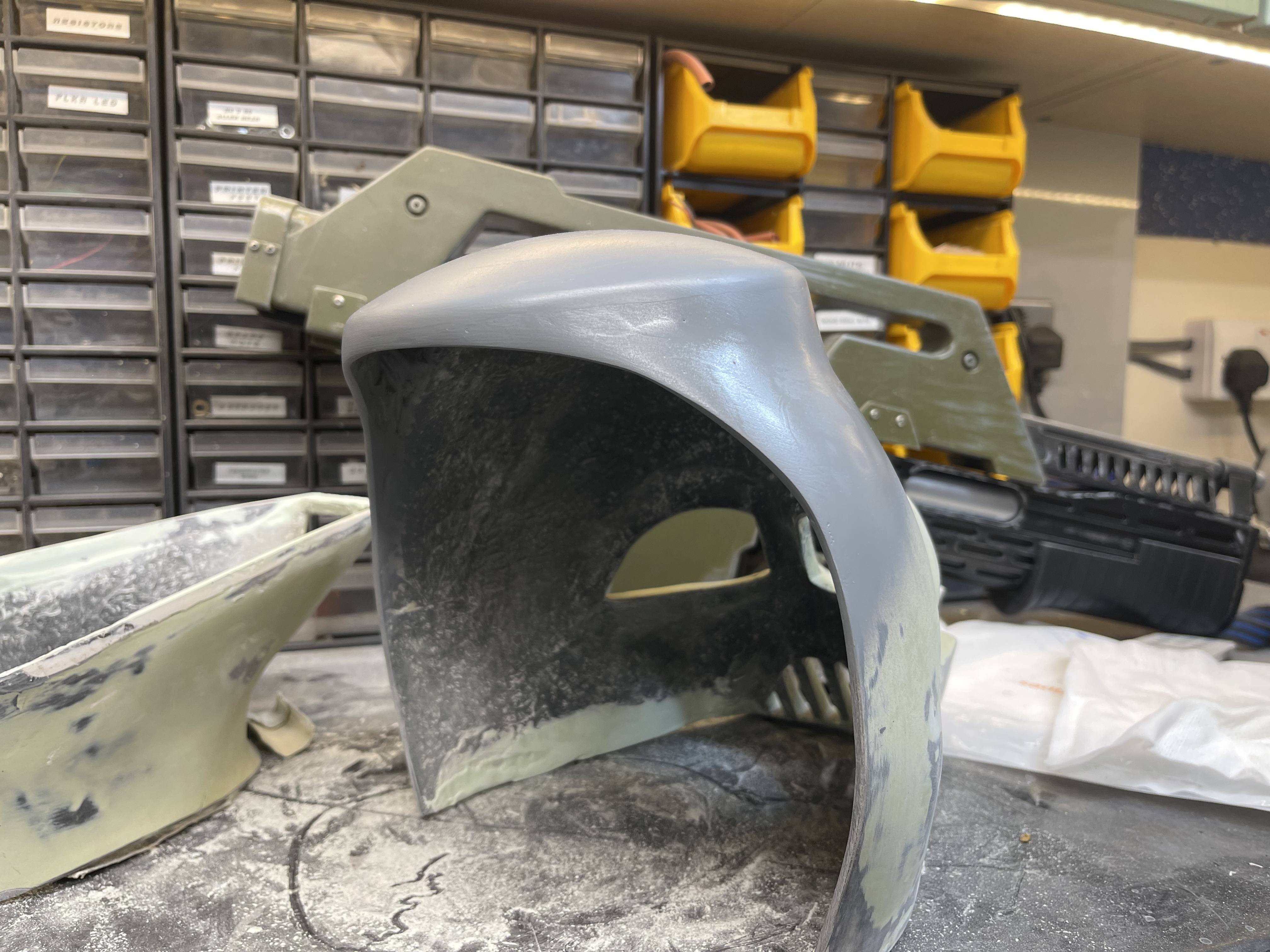 I also worked on filling around the back of the dome, a quick flash of primer to check the lines, I also added filler to the Mask and lower jaw to start build up a flat edge where they both meet. 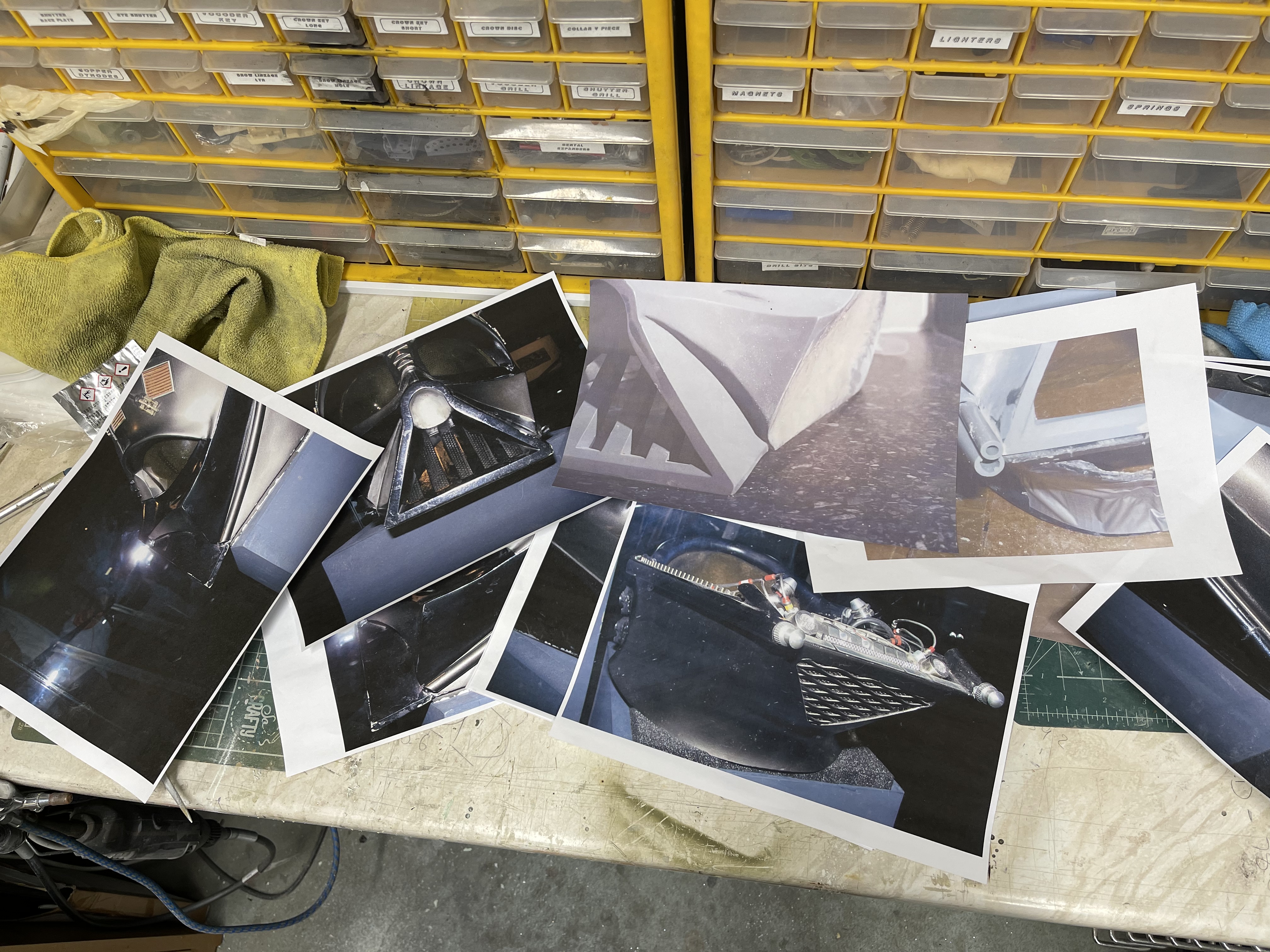 Hi, I'm blown away by the level of detail that you put into your Darth Vader reveal mask, I've been looking for the internal parts for the lower jaw for the past few years now , just wondering if you could help me.

James Hammond said:
Hi, I'm blown away by the level of detail that you put into your Darth Vader reveal mask, I've been looking for the internal parts for the lower jaw for the past few years now , just wondering if you could help m
Click to expand...

J
Why is this Vader Flash Handle brass colored?
2