[WIP] Everyman's Neuralyzer (yes, with a Y. "Neuralizer" is incorrect)

This is mostly a placeholder, to explain the project I'm beginning. I'll update this as things get closer to completion.

The neuralyzer is my Holy Grail prop. Corporate made replicas are dried up and expensive, and not even the version I want (OG MIB with red pilot light the digital display at the bottom). SD Studios was making them, but screwed everyone over (I'm not getting into that here). User jasonw2112 once did the "Poor Man's Neuralyzer" project, but his pictures have disappeared due to the site update and to be honest, I can't even find the thread (he and I have talked about this, communication is ongoing at this point).

Jasonw2112 got closest with his build, I think. It wasn't collapsible, but did flash. This was back in 2013, and things have changed. I believe it's possible to use a 10440 battery and a tiny soundboard to give it lights, sounds, and "functional" controls while still being small enough to fit in the neck of the device to allow for the collapsing/spring-loaded action.

I'm currently using reference images of the original prop (blurry they may be, but it's the best I have unless someone wants to measure their SDS/FE replica for me) and recreating it as a printable model.

Folks, keep an eye out for updates in the future! If you have any input, helpful materials, or just want to voice your interest, please feel free to sound off!

UPDATE 1 (3/28/2020) - These are the reference images I'm using. Most are screenshots pulled from the movie at, what I think, are the most visually accessible moments. The keen-eyed among you will notice that the prop seems to change. The digital display at the bottom isn't always visible when extended. I believe this was either a later edition to the hero prop or simply left off the functioning prop for space-saving reasons. My build is modeled on the "with-display" version.
Last edited: Mar 28, 2020

RPF PREMIUM MEMBER
Looking forward to it. Would love to see one of those big suckers done from MIB1. I recently got the smaller (non led display) one from Rusty that i think came from Nicksdad way back when. Ill be doing a thread on that build since i dont think there has been a build thread for it (or i just cant find it) Interested to see what you come up with. Only picture i saw of the big Neuralyzer is where it had the big seperate battery/electronics pack with ribbon cable.

Zombie Killer said:
I recently got the smaller (non led display) one from Rusty that i think came from Nicksdad way back when. Ill be doing a thread on that build since i dont think there has been a build thread for it (or i just cant find it)
Click to expand...

Same here, I'd love to see what you have and what your build ends up as! Let me know when you post anything about it?

RPF PREMIUM MEMBER
I always wanted to build a Neuralyzer to add to my Noisy Cricket. Look forward to the thread.

Might I suggest you reach out to Richard Coyle? He did a replica MIB neuralyzer years ago (I still have one), but the one without the digital display. He seemed willing to take on the digital display version if the interest was there.

Good luck, and I look forward to seeing this project progress!

That SD Studios version was amazing. From what I remember it looked just like this scene from the movie. Don't think I've seen one come up for sale before. Love the LED panel. 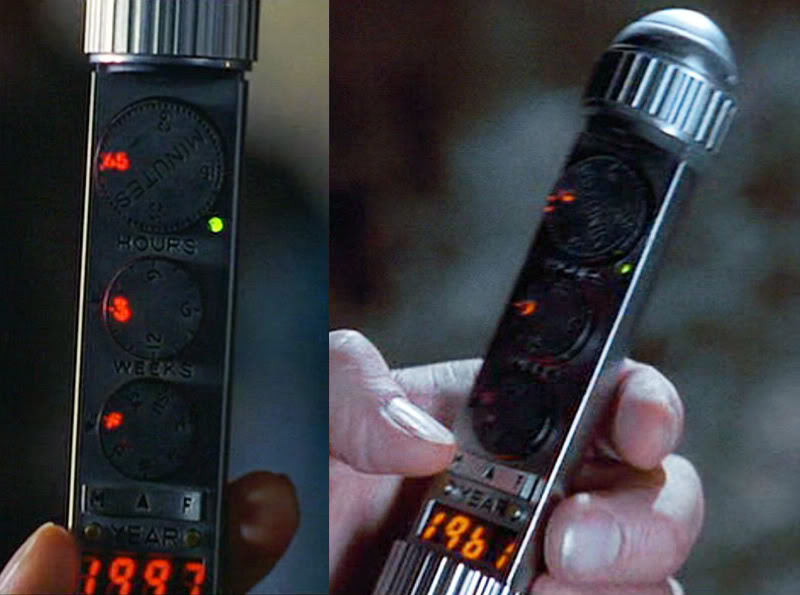 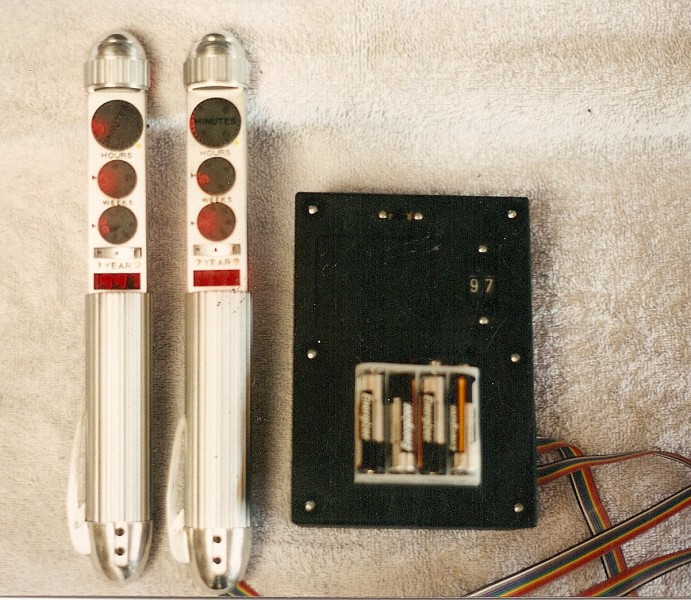 RPF PREMIUM MEMBER
Just for comparison here it is next to the smaller non display type. 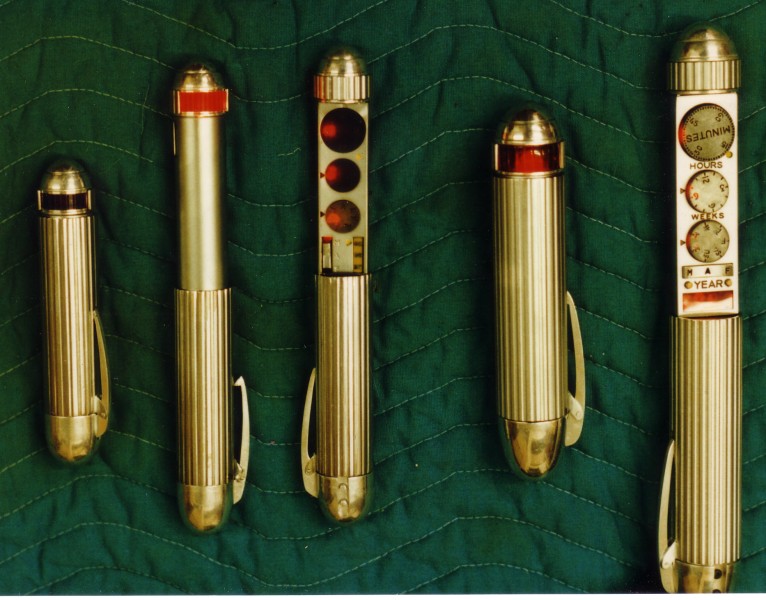 RPF PREMIUM MEMBER
Forgot to mention, in the picture Rusty posted it looks like one of them (left) was permently set to 1997 as you can see it lit in the picture and the right side one was able to change the date hence the box with changable rotary encoders , currently set to 97 in the pic. They would have left the 19 portion lit permanent while the 97 being able to be changed.

Anduril flame of the west 3d Print and Paint