I just finished mine (sadly I didnt get to making the visor trim), it was a bit of a rush job for halloween but Im satisfied with it.

Birdie said:
Is there something specific you are interested in?

I was thinking of doing an interest thread for the hand terminals.
Click to expand...

Birdie said:
And so, the end is near, nearly a year after this project started. Good grief.

My last two builds are helmets. Helmets have curves, which complicates things. Guns are easy. They're sorta square. But helmets...no wonder all those SW helmet guys are so uptight

First is the MCRN Marine Helmet:

This is the Season 1 version, which is better. They apparently decided it didn't show enough of the actor's face, so it was re-designed with a full face plate, which is a bit rubbish, imho, but since they continued with the originals in S2 as well, in universe the second version comes across like a pilot version, since it's mostly seen in cockpit scenes. Anyway, I'm rambling.

The base is a Ruroc snowboard helmet:

The visor on my replica, and the original, is a welding eye screen. Thanks to the guys at the MCRN Costuming Facebook group, who contacted Walterklasson Studios, who created the helmets, in order to get the right model.

The visor connector wheels are camera tripod thumbscrews. Pretty much everything else is scratch-build. There is a red LED strip inside, but I found it pretty ineffectual at illuminating the goggles, so it isn't switched on in these pics.

What welding visor did you use for this one? Looking all over and can't find it.

Blitz762 said:
What welding visor did you use for this one? Looking all over and can't find it.
Click to expand...

McMaster-Carr is the complete source for your plant with over 595,000 products. 98% of products ordered ship from stock and deliver same or next day.

Here are some of my 3d printed helmet parts and for millers helmet.

These are the parts i used for my Halloween costume this year. the base is the Chinese TK-1 high altitude helmet. You can find them on Ebay. The large back part doesn't fit the best and requires some grinding to fit over the corrugations on the back of the helmet.

TheSlavinator said:
I just finished mine (sadly I didnt get to making the visor trim), it was a bit of a rush job for halloween but Im satisfied with it.
Click to expand...

Thebuildatorium said:
Here are some of my 3d printed helmet parts and for millers helmet.

These are the parts i used for my Halloween costume this year. the base is the Chinese TK-1 high altitude helmet. You can find them on Ebay. The large back part doesn't fit the best and requires some grinding to fit over the corrugations on the back of the helmet.

Birdie said:
They are display pieces only, I don't do cosplay at cons.
Click to expand...

Yes all ur stuff is very nice

RPF PREMIUM MEMBER
I know I said I'd stop.... 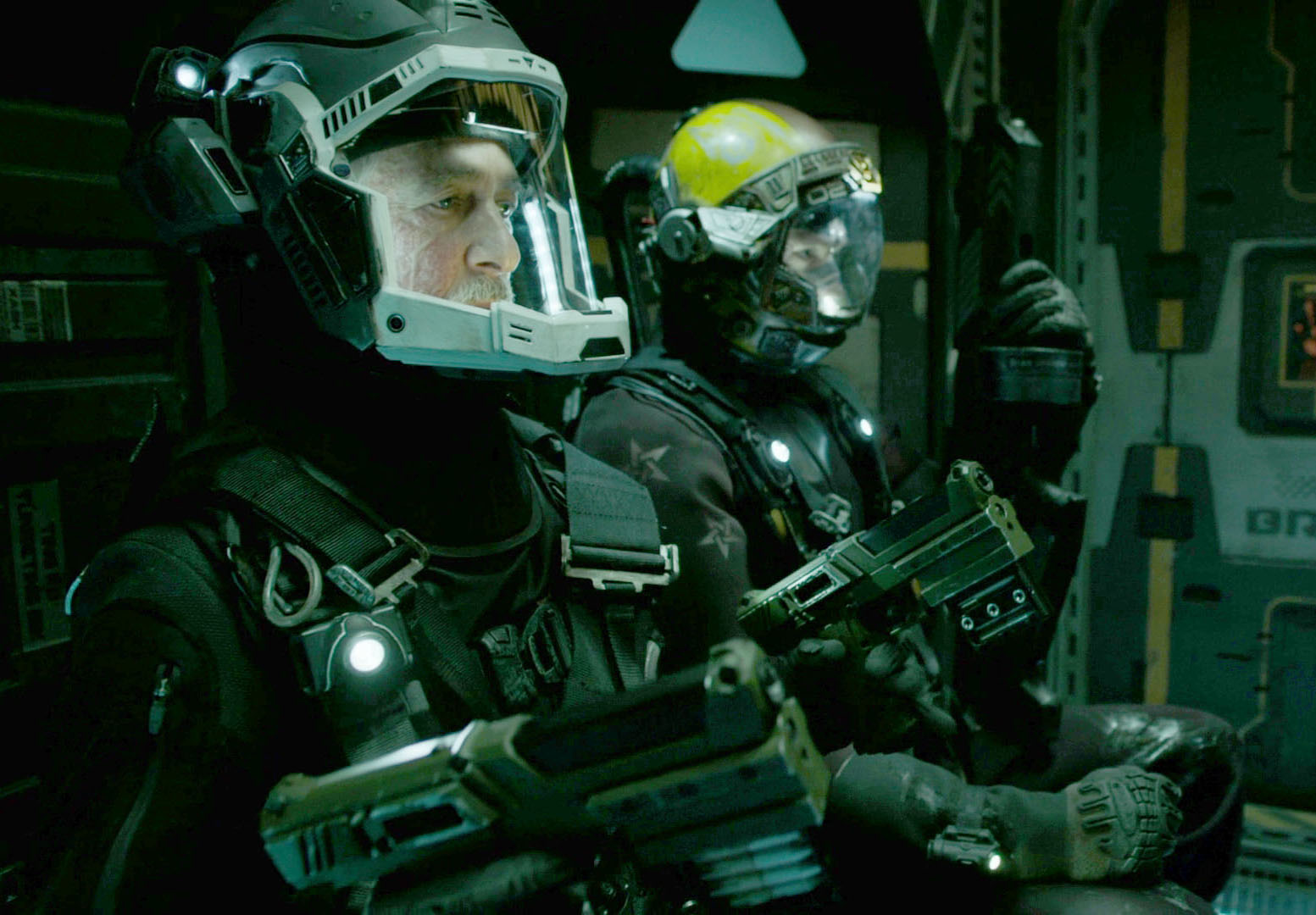 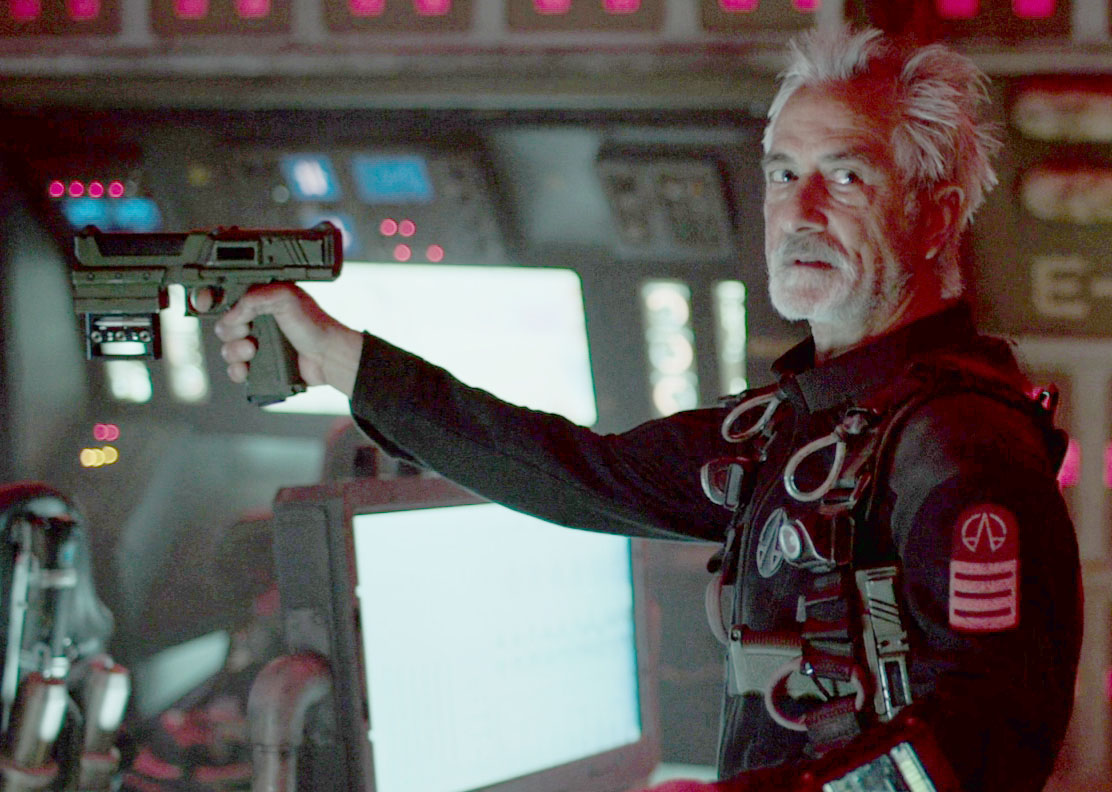 I tried to find the base airsoft. Looks like a Glock, but has Gen One grips (without the thumb grooves), but also has finger grooves, which were absent on the Gen One. So I couldn't find it

My base was a pair of cheapo springers, that fortunately have metal mags for weight. I had to modified the pistol length with custom shrouds, add new textured grips to cover the thumb grooves, modify the mag bottom, add new front and rear sights and detailing, then sculpt the explosive rounds and underbarrel magazine. 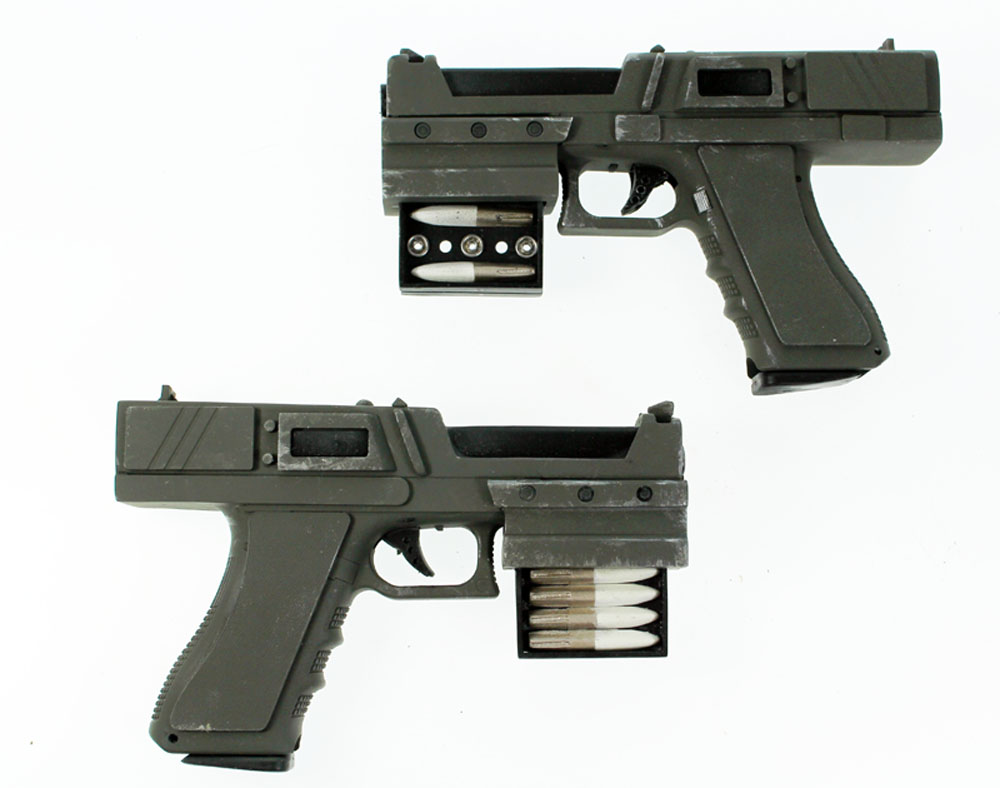 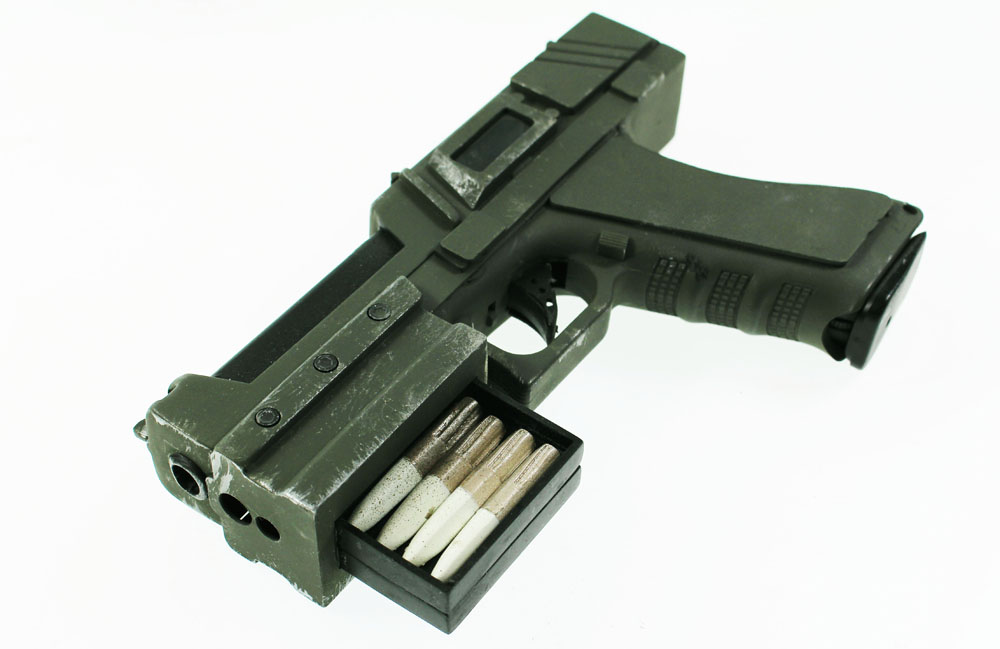 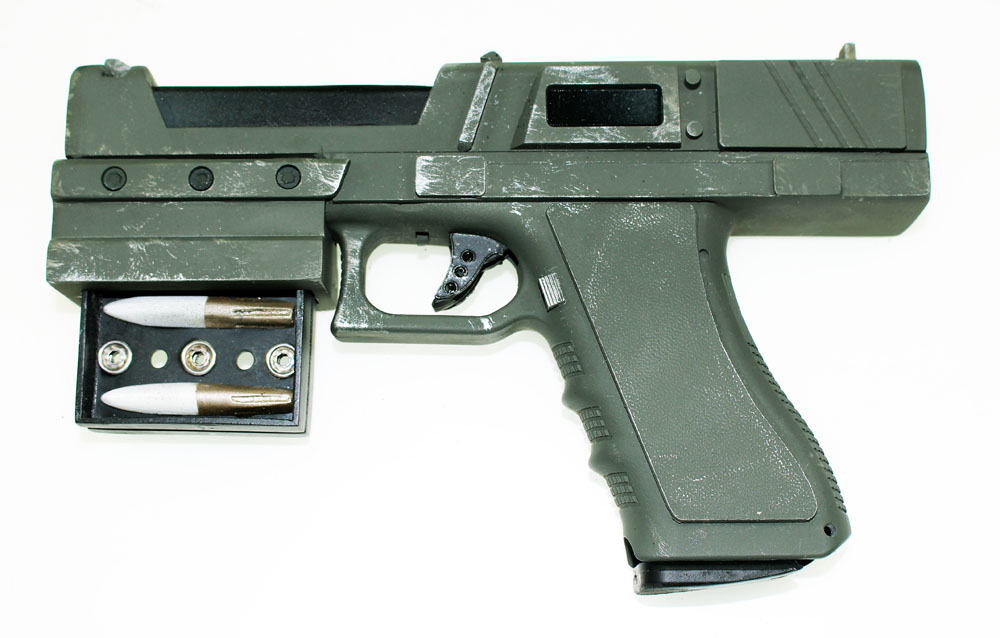 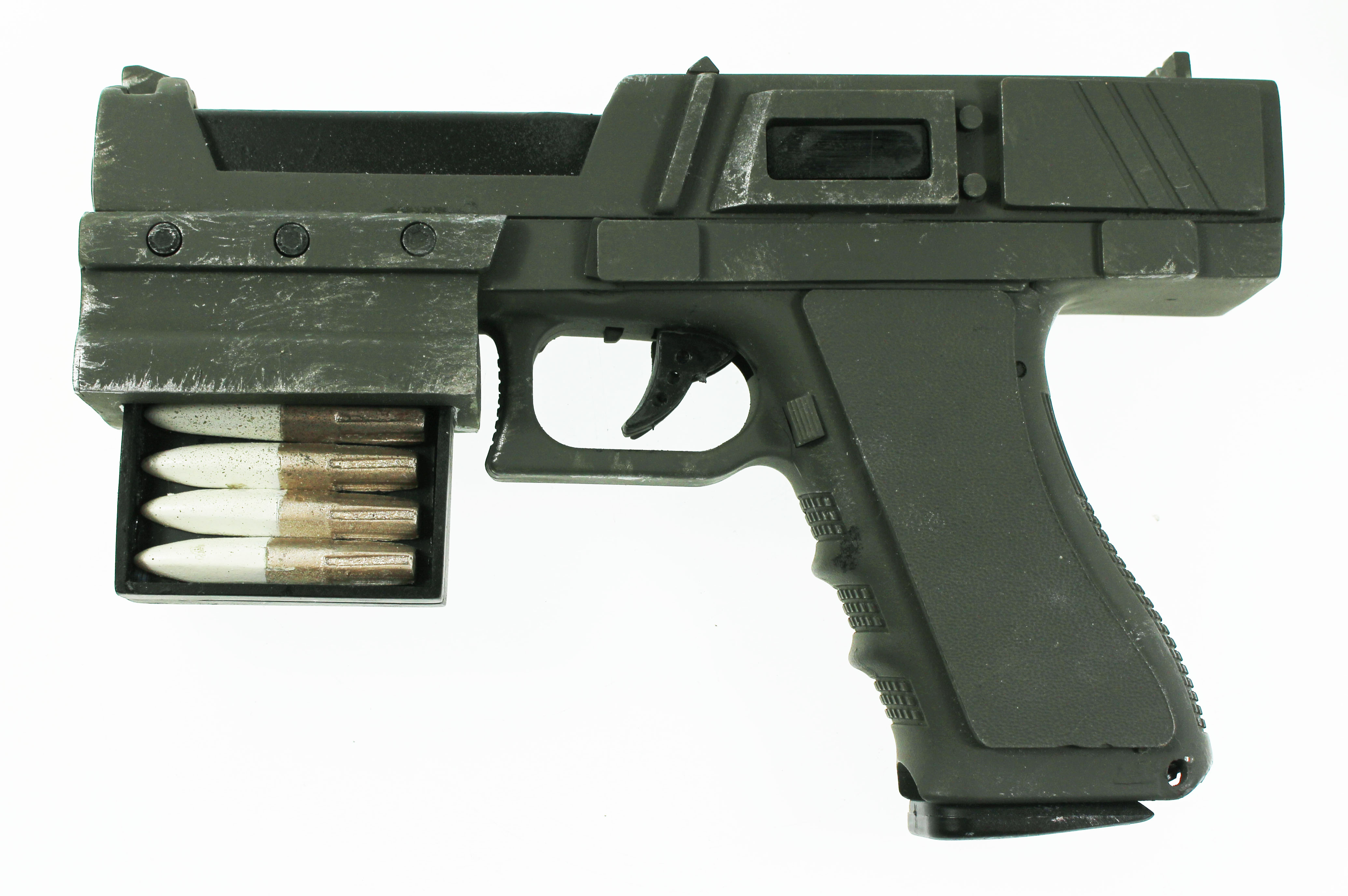 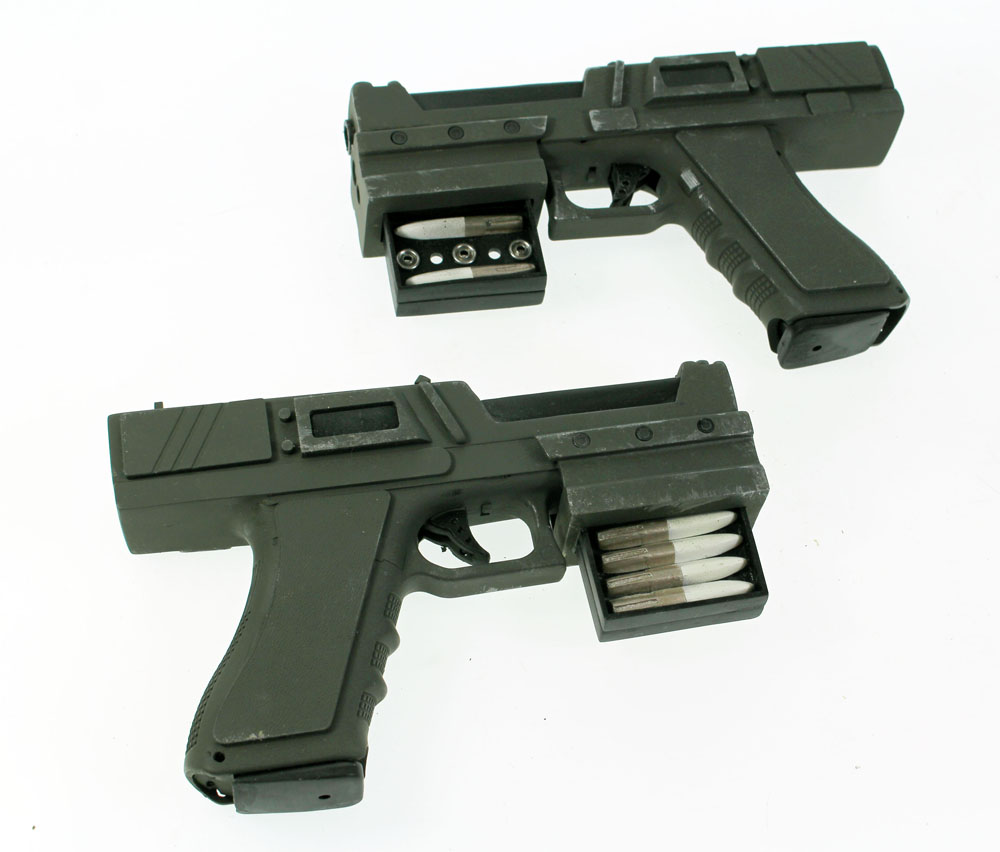 Spot on, mystery solved! No way I could have afforded one of those, let alone a pair, would have been nice to have the reference though.

The builds look great regardless Birdie!

affordable silhouette base for modifications

I have a bunch of stuff to add to this thread that I haven't got around haven't got around to photographing yet. I'm currently working on what may be my last Expanse prop, the original Canterbury blue EVA helmet that has run through the whole show. It's built around an original Versaflo helmet and is quite a doozy without 3D prinyed parts or the now impossible to find correct Storm head lamps. Hopefully I will overcome!

Pics of etherying left when that build is done!

Birdie said:
I've been collecting various airsoft guns and helmets (ski & pressure) over the last few years with a mind to build a bunch of Expanse props, and that time has finally come!

After spending a few days screen-capping blu-rays and collecting other refernce, I decided to make a start with Miller's hand termianal, as seen extensively in Season One.

I drew the terminal in Illustator, allowing space to incorporate a keyring flashlight for illumination.

The pieces were then laser cut and engraved on clear 3mm acrylic sheet. All of the engraved details aside from the characteristic scratch on Miller's terminal were then given a white wash to bring out the detail. The image of Julie was finished in Photoshop and then reverse printed onto clear adhesive vinyl and applied to the back of the terminal. Final touch was the add the flashlight and push-to-make activator. The finished prop:

Rocinante computer disks were created in the same way:

View attachment 857959
Julie's hard-copy photo. I photoshopped then printed this onto clear adhesive vinyl, then attached a white vinyl backing.

But at three hundred dollars, it probably isn't.

But at three hundred dollars, it probably isn't.

As pointed out earlier, it's actually a Tippman Tipx paintball gun. That pepper gun is basically a rebranded Tipx. Strange!

RPF PREMIUM MEMBER
A couple of progress pics of the Canterbury helmet build. Probably about 3/4 done, definiteley the most challenging of the helmet builds. 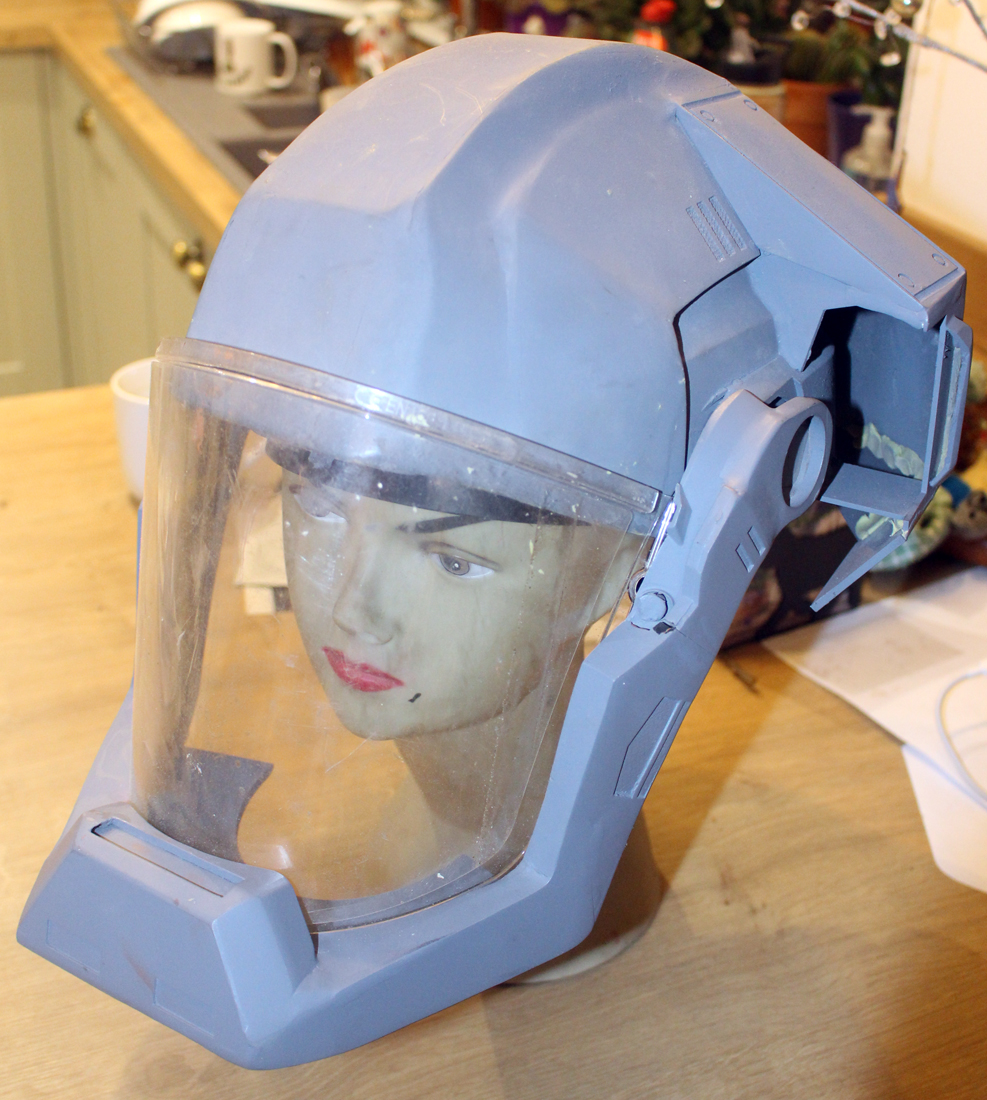 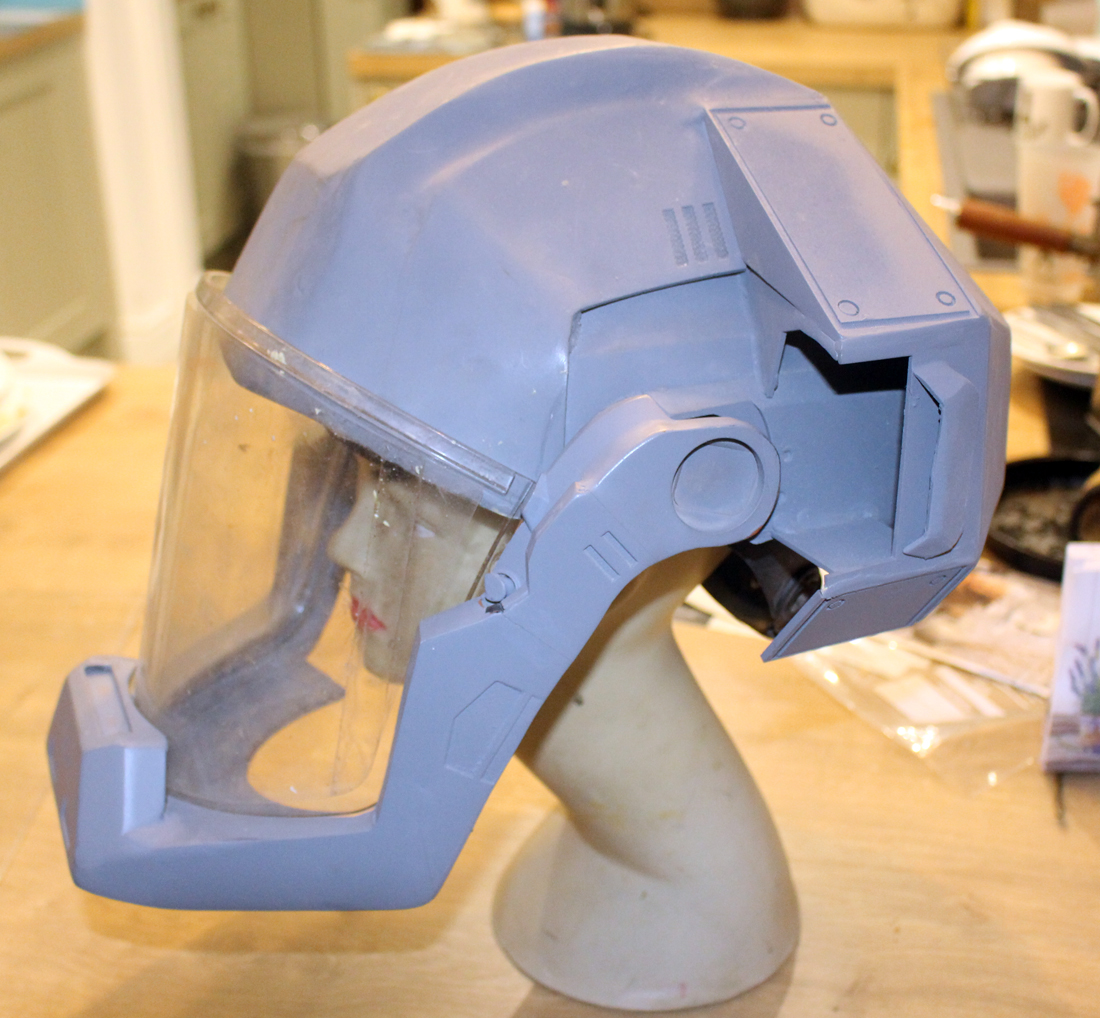 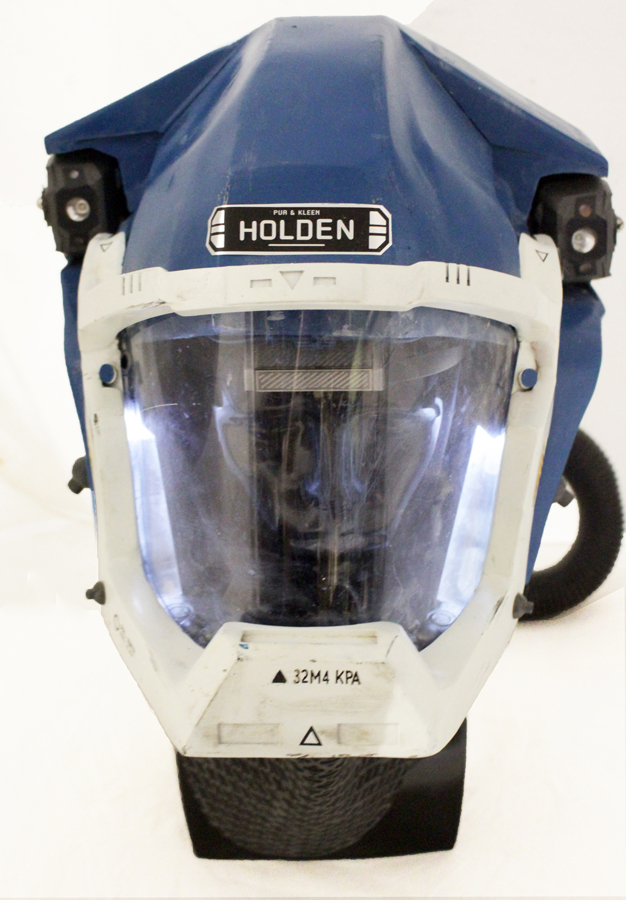 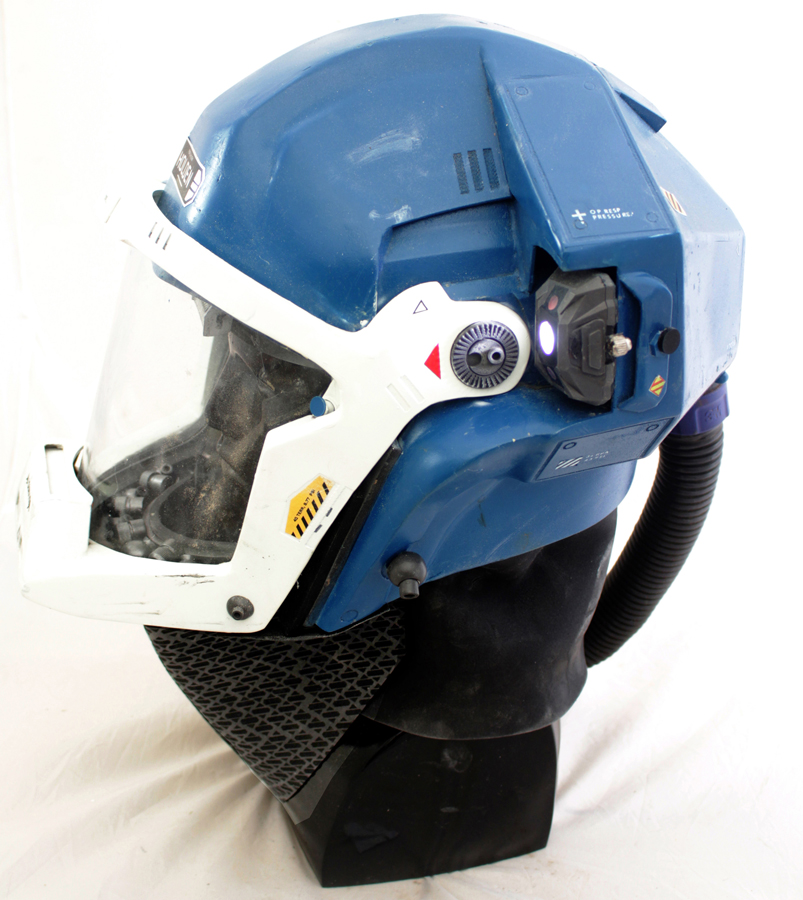 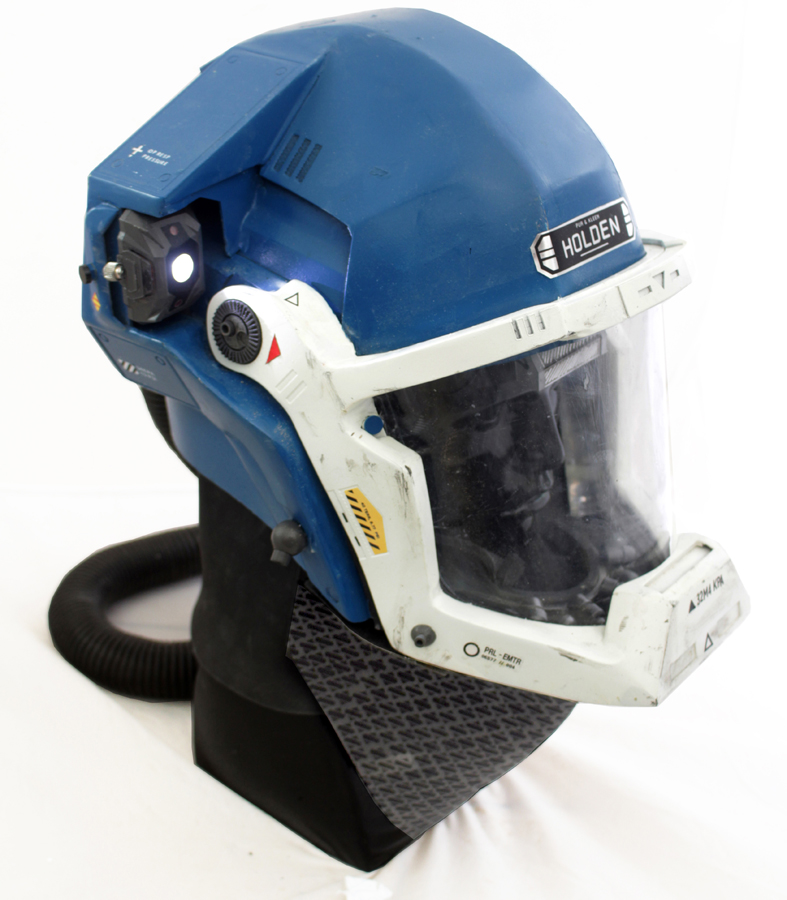 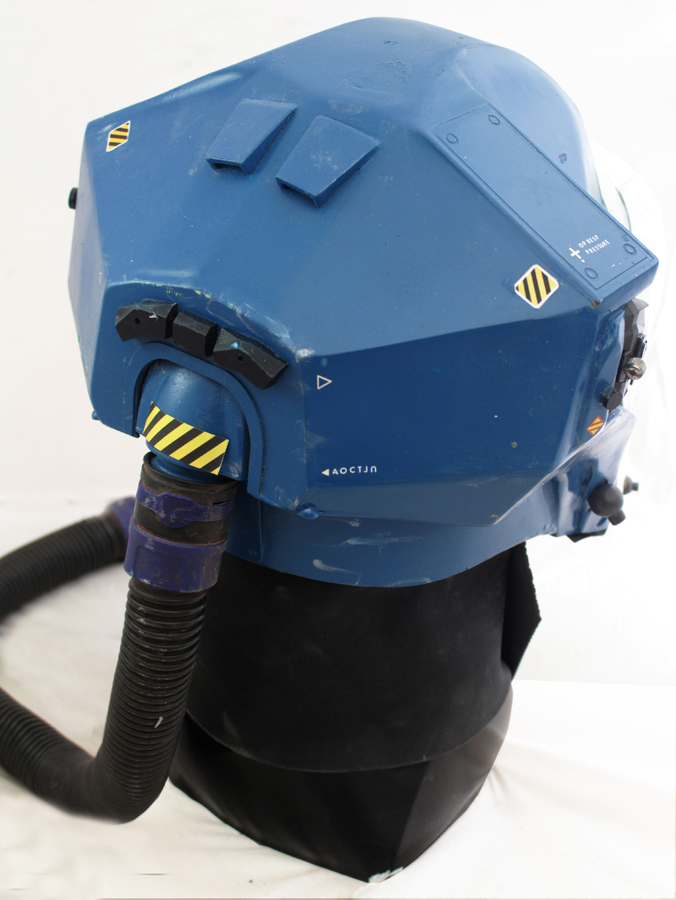 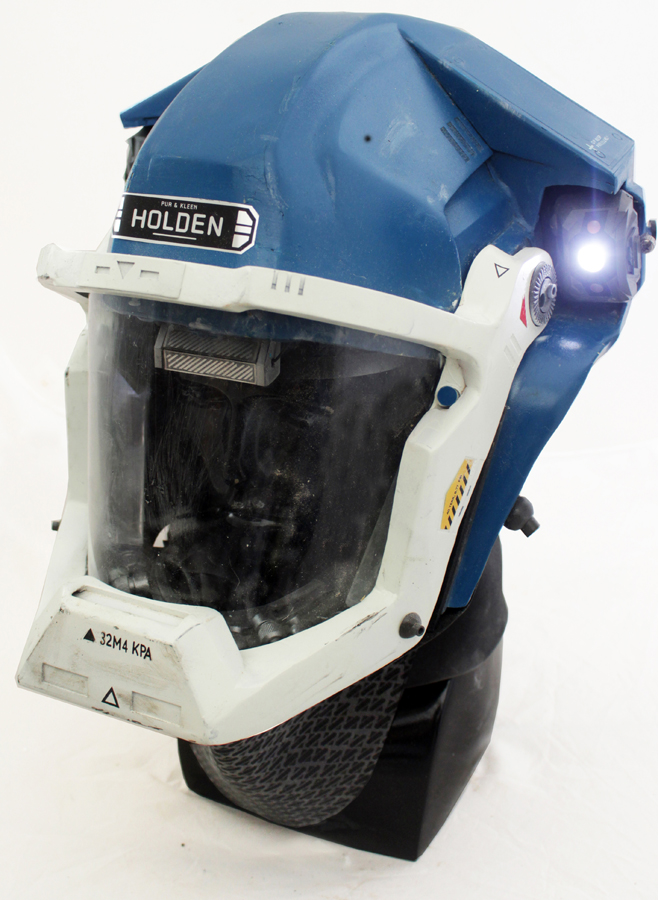 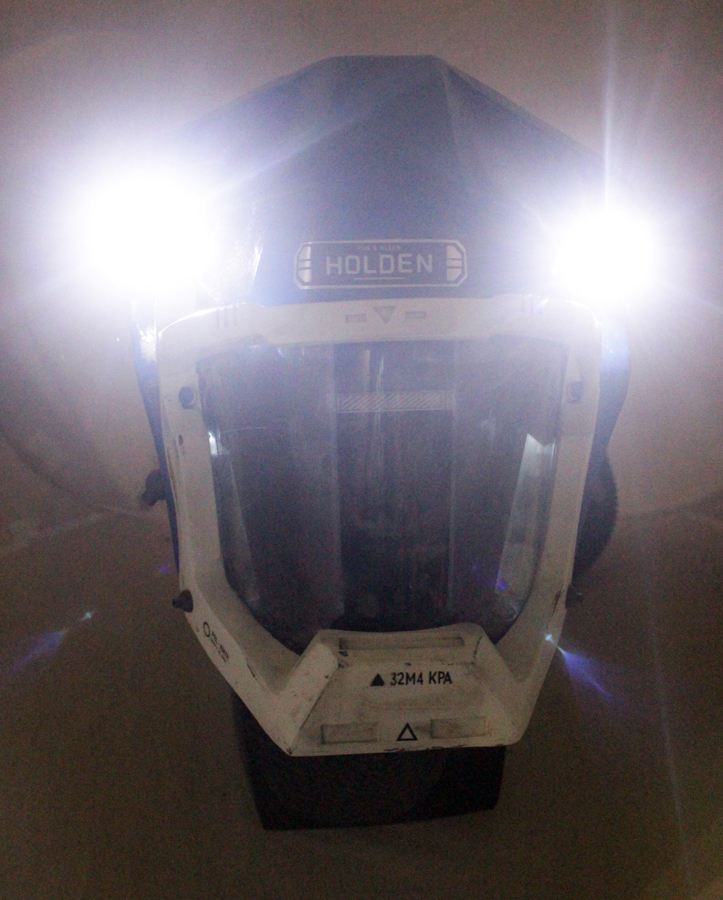 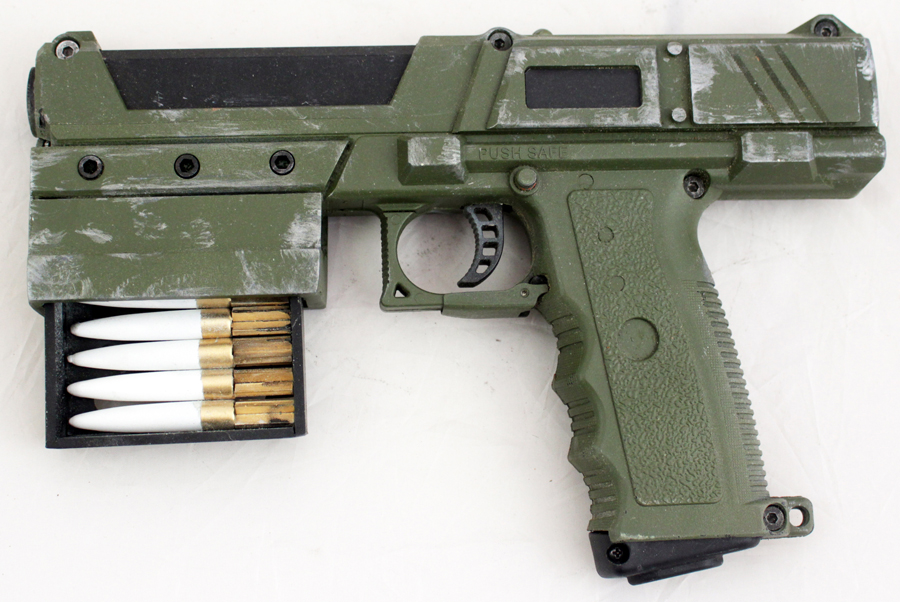 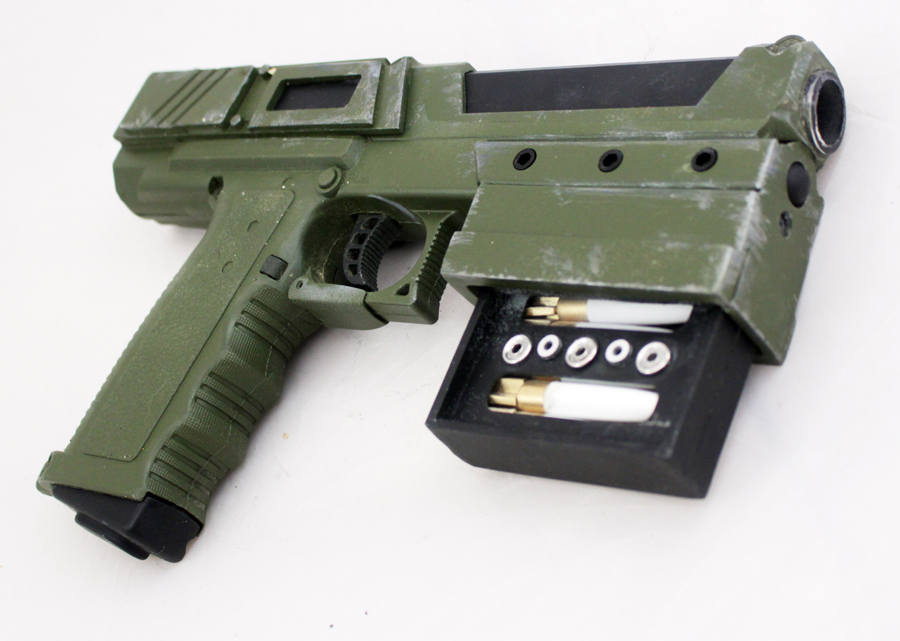 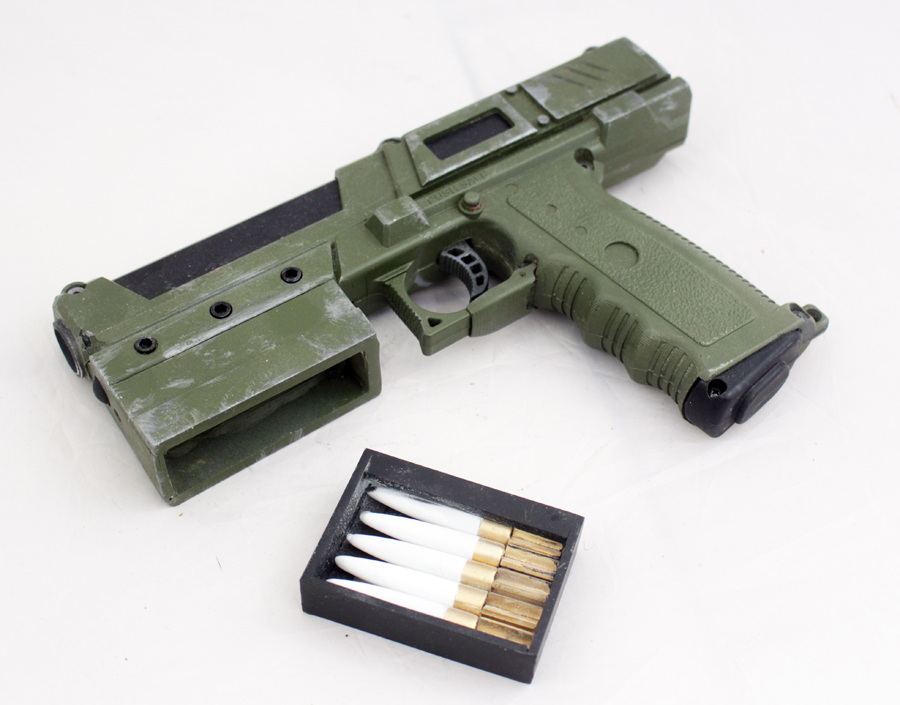 The Knives of James Bond
2