Inquisitor Peregrinus said:
At 1:1000, the Discovery would be 29½" long. Round2 is supposed to have one at that scale out at some point in the not-too-distant future. The Enterprise herself from that show is about 1.5 times the size of the TOS original. The Discovery is actually longer than a Soveriegn-class starship at 750.5m long.
Click to expand...

Where are you getting the 780m from? Only length figure I've seen is the one I gave.

Inquisitor Peregrinus said:
Where are you getting the 780m from? Only length figure I've seen is the one I gave.
Click to expand...

Apparently fives look like eights without my glasses on my phone. My mistake completely.
J

OK I read most of this thread... and here's my take.

I very much disagree with the statement that through the generations what is core star trek is unidentifiable... Its actually pretty easy. Its only been the recent versions of Trek that have blurred the lines and that is why some people hate it. To me I look at it as good sci-Fi - but Bad Star Trek. Disco season 2 was a lot better than Season 1... but still bad trek. I hope that Season 3 will be better still. Picard was better than Disco - but I'd be lying if I said I didn't have serious issues with the writing, and plot holes big enough to drive a truck through... again it was decent Sci-Fi - but bad Star trek.

As far as the new proposed series... I think its an awesome premise, but have little faith in the writers and producers being able to make good Star Trek, their track record is abysmal. if I were CBS I WOULD NOT fund this series and when secret hideouts contract is up use the premise on a show with different producers. Sure it meas we don't get more trek for while - but we really haven't been getting Trek IMO for quite a while. I'd rather wait and get a great show, then not and get a so so- to bad show.

All that being said This Disco version of the Enterprise rocks. The only thing I'm not crazy about is the silver color - but the design is pretty great.... IMO. I too am going to disregard the scale as stated and choose to believe that this model will be in scale with my old AMT/ERTL kit...

i think people make an assumtion that it's silver. screen caps and boxart look grey to me. people assumed the nx-01 refit was silver at first, too.
everyone's got their own idea of what "mettalic grey" means i reckon.
(nx-01 refit was intended to be classic grey/green not eaglemoss gaudy siver lol)
end off topic
Last edited: Jun 29, 2020 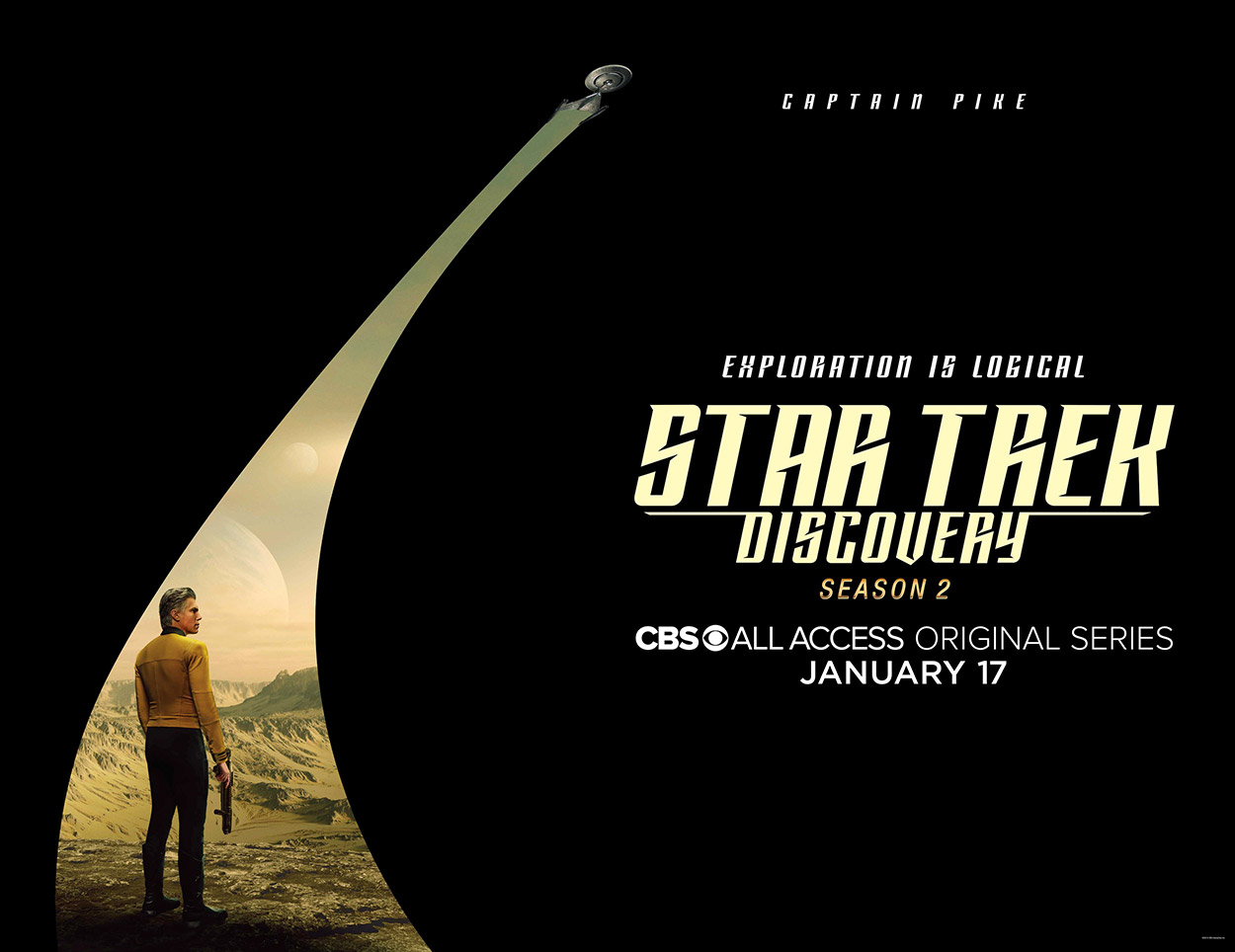 From the promo poster it seems Pike will do lots of exploring, not with a Tricorder but a phaser rifle.
How apt, that the symbol of exploration in the Kurtzman era is a weapon not a scanner.
Another series to pass on.

renaissance_man said:
View attachment 1319406
From the promo poster it seems Pike will do lots of exploring, not with a Tricorder but a phaser rifle.
How apt, that the symbol of exploration in the Kurtzman era is a weapon not a scanner.
Another series to pass on.
Click to expand...

Well, this is a poster for the past season 2 of Discovery. Hopefully that has no influence on the SNW series. Hopefully.

RPF PREMIUM MEMBER
Non-canon it is then forever I guess.

CessnaDriver said:
Non-canon it is then forever I guess.
Click to expand...

Which means I will never watch it.
Until Kurtzman and Co are gone I'll just continue to enjoy rewatching TOS, TNG, DS9, VOY and ENT on DVD and Bluray.

CessnaDriver said:
Non-canon it is then forever I guess.
Click to expand...

Makes it easier to ignore.

While Pike was, (in my opinion) the only good thing about Star Trek Disfunctiality season 2, his series will be helmed by the current scow masters and will be a pile of poo like Picard was.

RPF PREMIUM MEMBER
You guys are all so negative. There's enough new blood on this series that it's worth giving it a chance. Besides one of Discovery's big problems is they can't seem to handle the arc based storytelling. SNW is supposed to be much more episodic.

I had a shop teacher once that had lacquered a dog turd. It was shiny, but still a turd!

renaissance_man said:
Which means I will never watch it.
Until Kurtzman and Co are gone I'll just continue to enjoy rewatching TOS, TNG, DS9, VOY and ENT on DVD and Bluray.
Click to expand...

Yeah, and in the future another in-depth well made doucmentary: 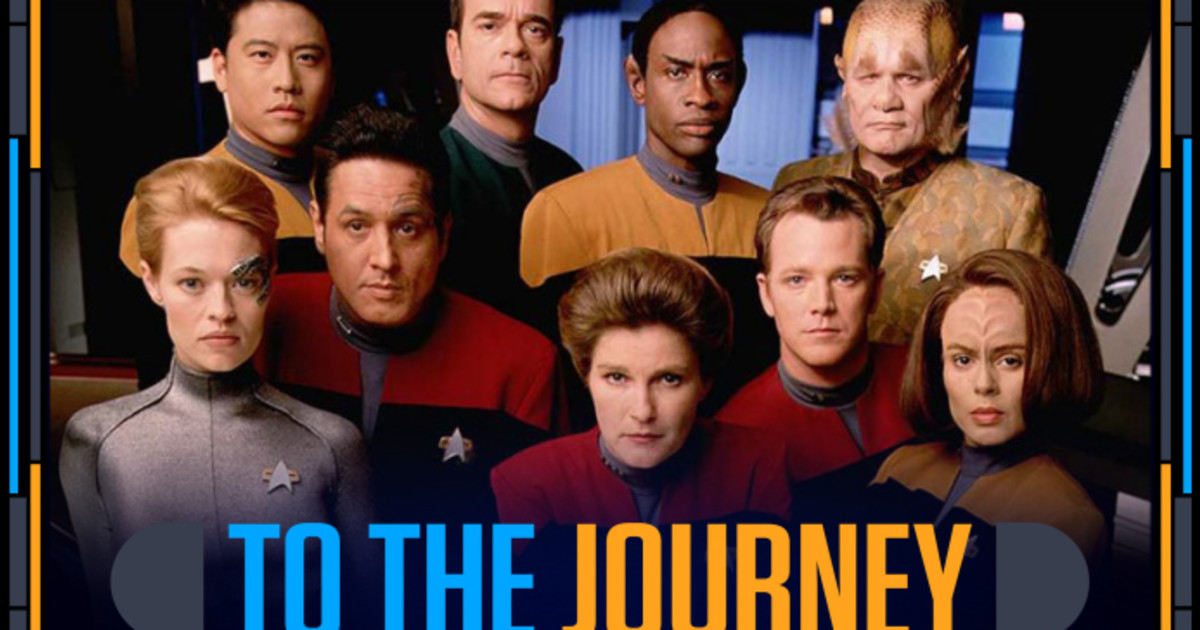 The production team of the DS9 documentary and For the Love of Spock now bring you the Voyager Doc! | Check out 'The Star Trek Voyager Documentary' on Indiegogo.

Hopefully a full remaster of Voyager(and DS9) will follow.

What really set the original series and the next generation era Star Treks apart from this new stuff, is stories. The old Treks had stories. This new stuff is nothing but a bunch of fight scenes, ships blowing up, people getting punched around every corner, and the occasional F bomb to prove that it’s edgier, and not your father‘s Trek.
Last edited: Mar 14, 2021

RPF PREMIUM MEMBER
I think a good analogy may be... I have, in my life, talked my way out of getting mugged twice. Wasn't something I planned. It was just how I responded to the situations. Somewhere early in my life I internalized, from somewhere, de-escalation as the first approach. This ties in, through hindsight, with the sorts of things I gravitated to later, like aikido and very counter-strike-y techniques of kendo and European fencing. I don't instigate or escalate, under most circumstances.

That is the big difference I see between both the different eras of Trek -- and their respective audiences. TOS was on during the Cold War and when VietNam was reaching its height. A show that showed people from all over the planet cooperating in peaceful exploration, using force as a last resort, and only when other avenues had failed, striving for diplomatic solutions even at personal risk... That was very appealing, especially to the younger crowd. TNG debuted late in the Cold War, as relations between USA and USSR were thawing, if you will -- and, in fact, the Cold War ended during the show's run. The Soviet Union broke up and the Berlin Wall came down. So the setting of that show being one of a relative "Golden Age", where the Federation was at peace -- the Klingons were our allies, the Romulans hadn't bugged us in ages, relations with the Gorn and Tholians had mellowed, border skirmishes with the Cardassians had resulted in a diplomatic solution... Things were good, all around.

Even DS9 and Voyager leaning more into conflict than cooperation was more or less accepted (not by all, but by many), because the underpinnings of core Starfleet (and, by extension, presumed Federation) values was still there.

Enterprise... I try not to talk about much, because it doesn't really fit. That was my first big sense of things falling apart, truth be told. If they hadn't gone with such bad uniform and set design, that would have made an amazing TOS precursor, in the 2240s. For something in 2150s, given what the extant canon had established, it doesn't work. The Temporal Cold War was a bad idea. I have wanted Trek to minimize time-travel stories, because they use conflicting mechanics, and ignore the paradoxes they introduce. So basing the throughline of the first couple seasons of Enterprise on time travel? So very nope. Outside of that, it works reasonably well as a precursor to either JJ-Trek (and a model of that NX-01 is in Admiral Marcus' office in Into Darkness) or the Disco-verse, which also doesn't fit with the Star Trek canon established from 1966 to 2001.

Picard, so far, is slightly behind Enterprise, IMO, while significantly ahead of Discovery. There is some good material in there, some good moments... but surrounded by way too much utter garbage. It makes me sad, because -- *shrug* -- it's Star Trek, I've loved the setting for most of my life, and I want to love anything new that comes out, because it's Star Trek... Except it isn't. I do not see professionals acting professionally. I do not see Humans acting humanely. I do not see crewmates treating each other with basic respect. I do not see much conflict resolution beyond, "If brute force doesn't solve your problem, you're not using enough". Which fits some fictional universes, but shouldn't be a part of Star Trek.

Lightning said:
You guys are all so negative. There's enough new blood on this series that it's worth giving it a chance. Besides one of Discovery's big problems is they can't seem to handle the arc based storytelling. SNW is supposed to be much more episodic.
Click to expand...

For me, anything Kurtzman produces isn't going to be Star Trek regardless of who he has running the show. It will still be the same mindless badly written garbage. His track record speaks for itself.

I'm not trying to stop anyone else watching it and if people enjoy his brand of Trek that's okay with me.

I'm just tired of Nu-Trek that has been the same generic shoot-em up, current trend copying, badly written nonsense since the new regime took over in 2009.

I feel like if they let Aaron Sorkin write the new Trek, it would be superior to all Trek before.