Interesting about the right side not having a lot of detail. When I first got my Bandai Star Destroyer I almost thought they made a casting mistake because a lot of detail is missing... I figured it was for a reason and it probably replicated on some level the actual filming model, nice to know that is actually the case

Again, nice work, almost makes me want to get another one just to attempt a more realistic shooting model scheme.

Thanks much for the nice comments. Really appreciate it. I'll try to get some additional progress pics up tomorrow in the near final construction phase.
JediMichael - yes, this is a near part for part replica of the original filming miniature. The approx. measurements of this model are 29" wide x 48" long, and a little over a foot tall.
In the original '77 film, the whole right side of the bridge and superstructure had no details. For Empire, they filled in the superstructure stacks, using some parts from the left side, replacing some of those, and adding many more on the right side. It never actually had the 'gun turrets' on the right side, just added them to 'level it out'.
Here's an picture of the right side, will also take some more of the full side tomorrow.
Thanks again!
Sean 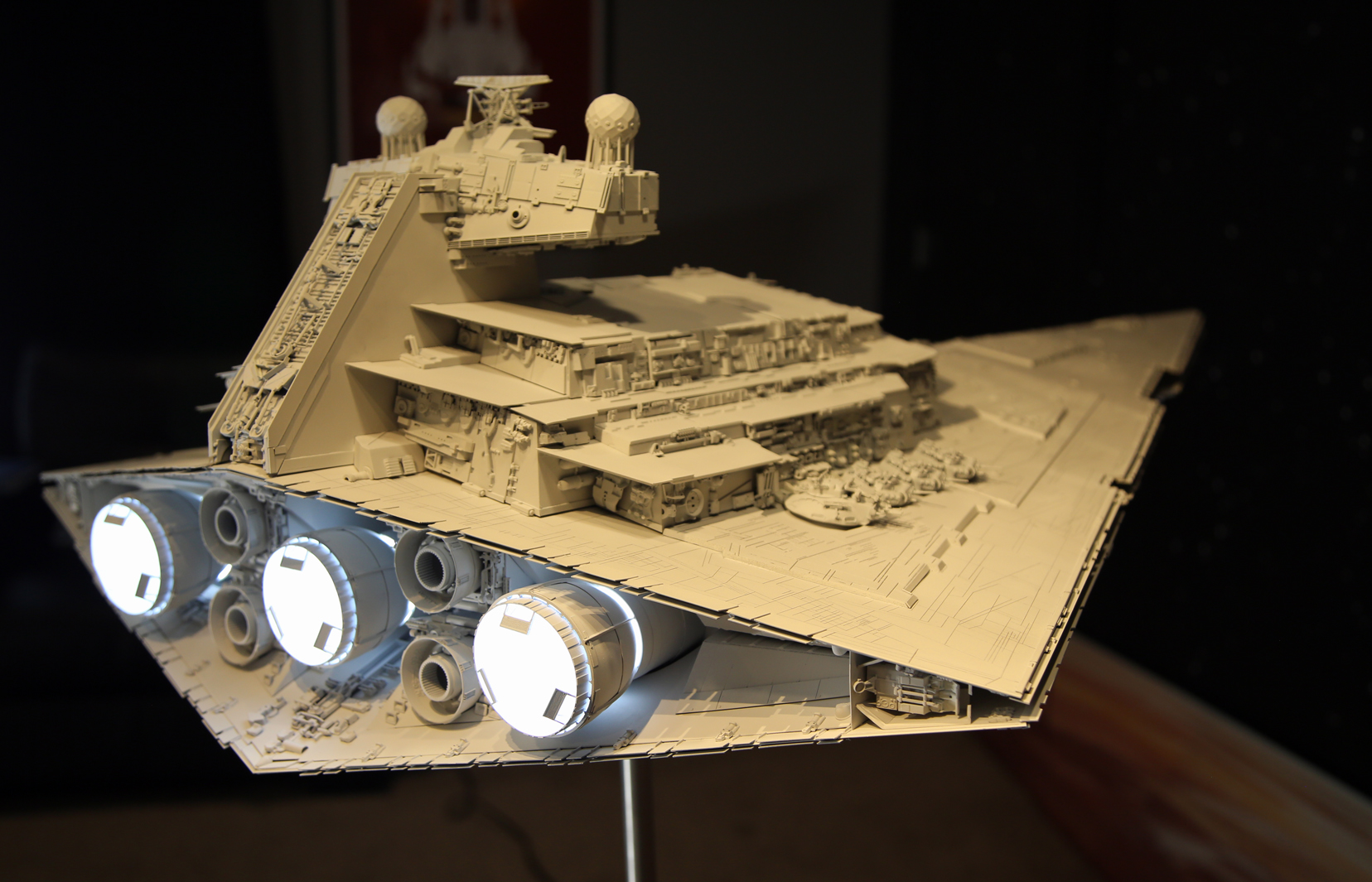 Beautiful job! I love your Battlestar and cylon basestar as well. Great collection. Not to mention the 5' Falcon.

Wow. That is truly a great and massive build.

I am surprised though that you mounted it form the bottom instead of from the side like the filming miniature.

Does anyone else besides me love unpainted kitbashed models?

RPF PREMIUM MEMBER
Absolutely stunning. Hats off to you.
J

Carnet said:
Does anyone else besides me love unpainted kitbashed models?
Click to expand...

I always love the before and after 1st primed photos... there is something magic that happens at that stage.

Jedi Dade said:
I always love the before and after 1st primed photos... there is something magic that happens at that stage.

It's on my list do do another kitbashed y-wing and leave it unpainted.
J

Carnet said:
It's on my list do do another kitbashed y-wing and leave it unpainted.
Click to expand...

Jedi Dade said:
you could do it as a Diorama type thing with little pins coming out of all the parts with paper callouts attached to the other end stating what all the parts are Not sure you'd be able to see the model after all the callouts thought

Has Anyone Scanned the Japanese "Star Wars Chronicles Vehicles" Book Yet?