Just photos and counting pixels and converting. Some of the stuff is slightly out of scale, like the steps. They looked good in the 3D program, but look too large when I glued them all on. The front cage part that supports the front of the gatling gun (M61) is too thick, but I think I will just leave these inaccuracies.

TazMan2000 said:
Just photos and counting pixels and converting. Some of the stuff is slightly out of scale, like the steps. They looked good in the 3D program, but look too large when I glued them all on. The front cage part that supports the front of the gatling gun (M61) is too thick, but I think I will just leave these inaccuracies.

It all looks good to me.
RE: Riceball. It's pretty cool to see what it does. 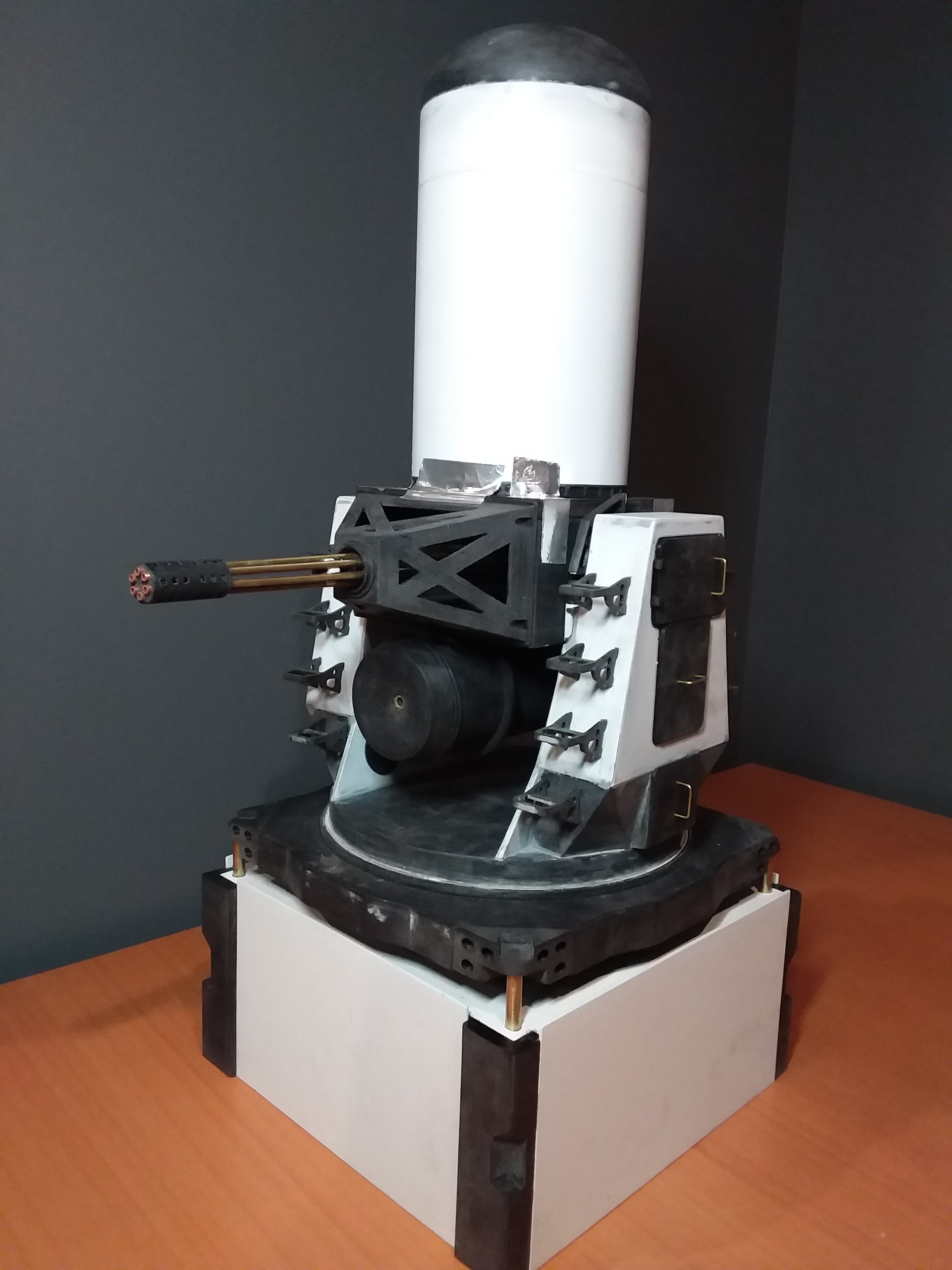 Counterweight installed. Can be positioned at any angle and will not drift. 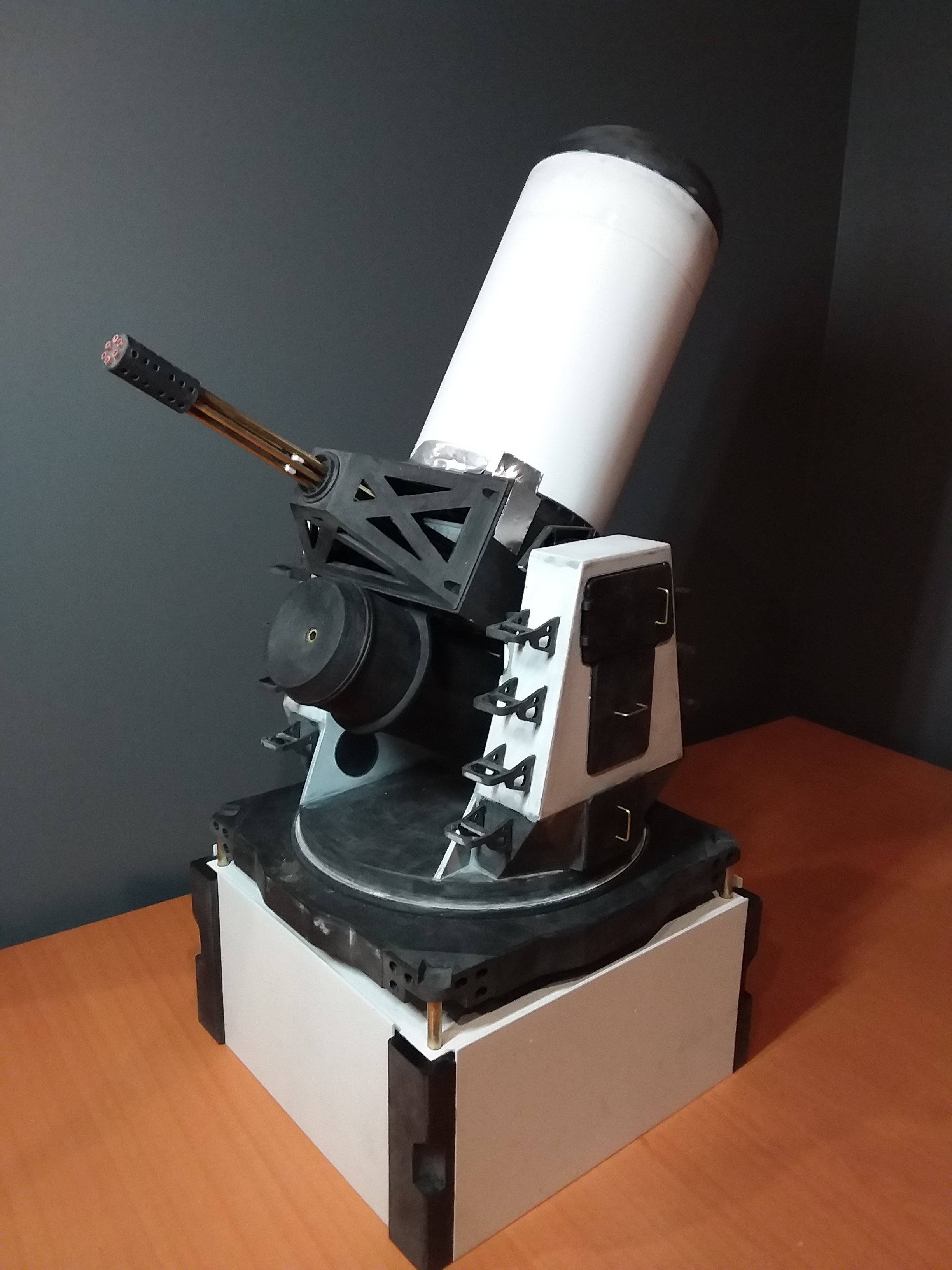 I have put this project on hold until I figured out some stuff. The cylindrical radome has tons of riveting on it and I was contemplating on how to replicate that. Looked around for decal that actually have resin rivets, but I couldn't find any in the correct scale or proper measurements, but still looking. On a whim I decided to a craft store and found some mini half spheres described o the package as "bling". This stuff is glued to a strip of rubber cement type of stuff and has poor holding properties, so I will have to painstakingly glue them on one by one.
The ammo belt solution might have to be printed by a resin printer. 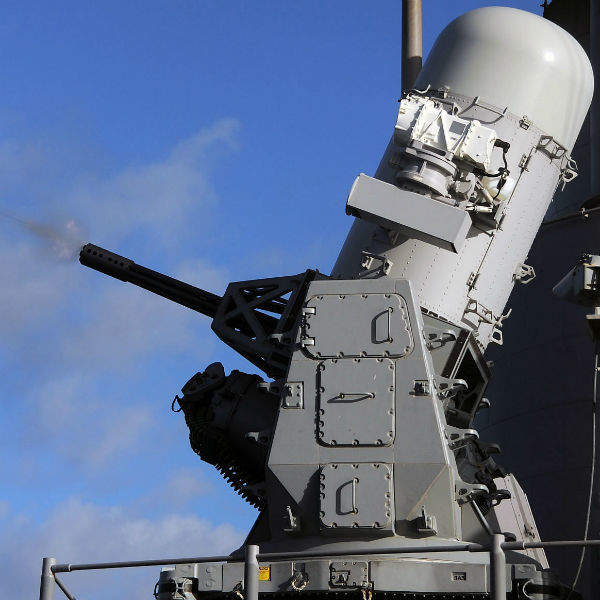 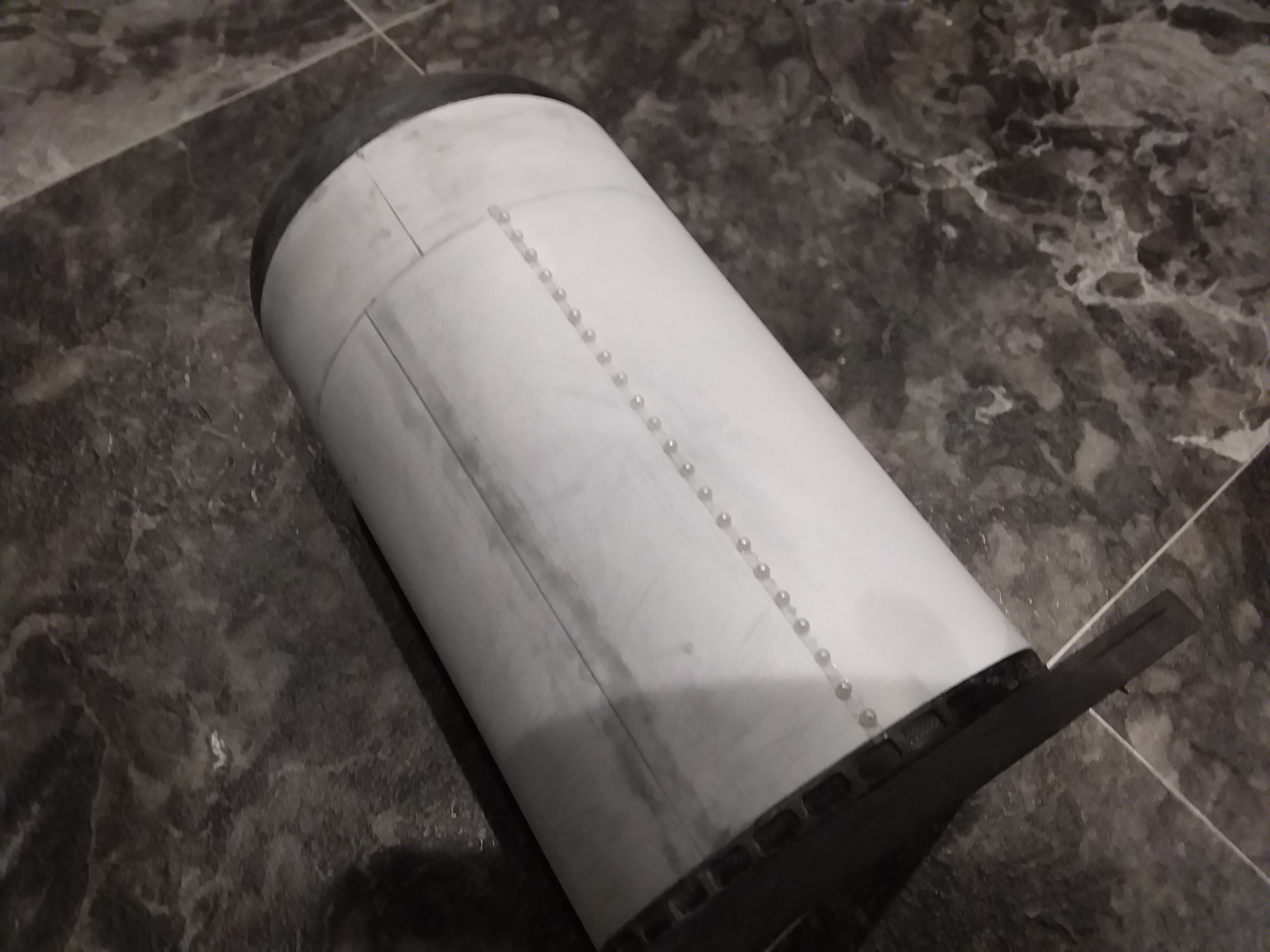 *Edit...Scratch that. Totally out of scale.

I cut up a whole bunch of Plastruct styrene hexagon rod as bolts but they were too large. I went to the LHS but nobody carried a smaller diameter. They did have an accessory kit made by Meng that had a series of bolts. More expensive but it beats waiting 3-4 weeks waiting for them to refill their stock or to order it from the US. 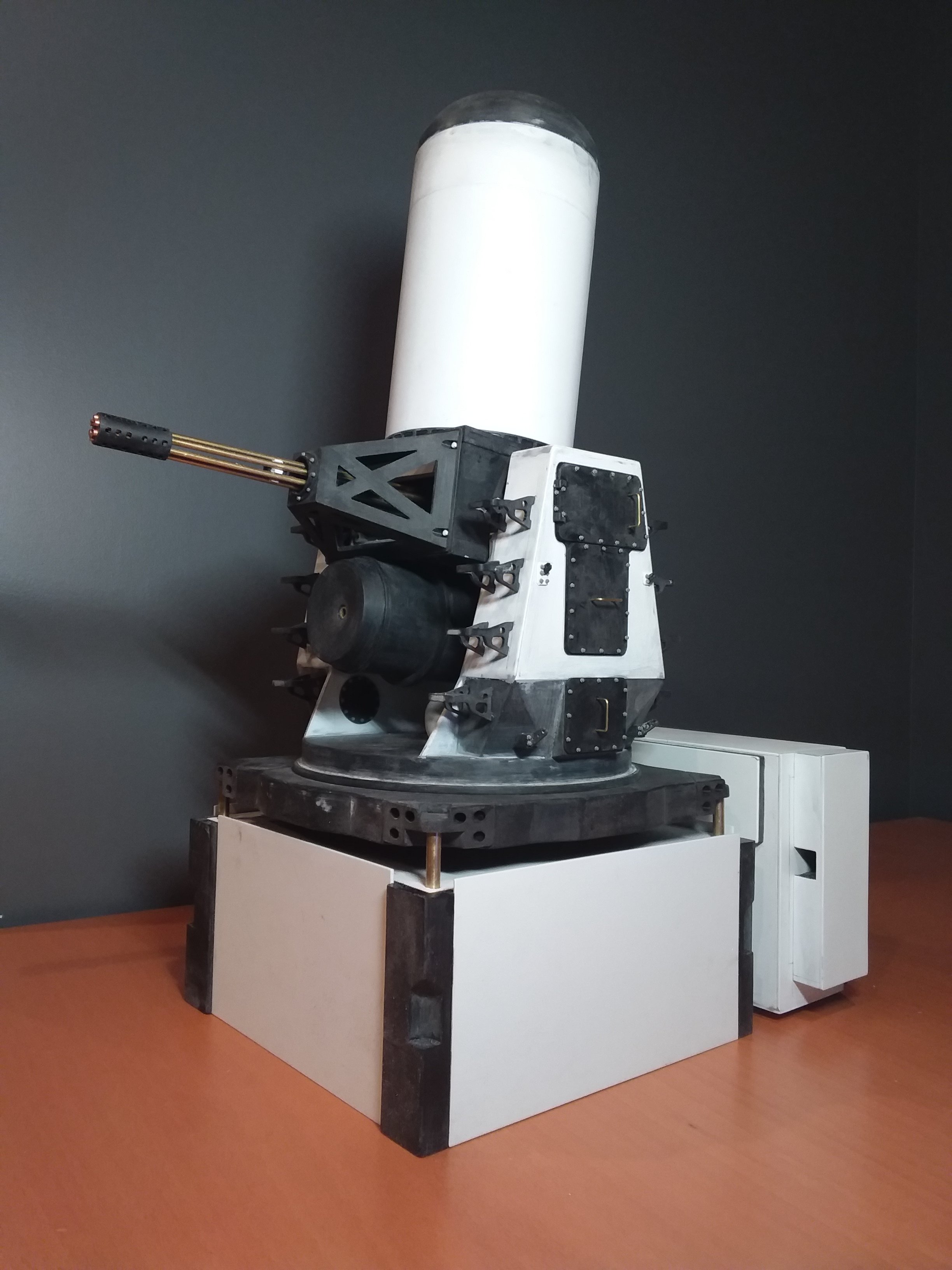 What diameter are you looking for?

anamorphicWayne said:
What diameter are you looking for?
Click to expand...

I found a set that will almost be exact on Archer Transfers.

This project was shelved for quite some time because I ran into a problem in printing the ammo chutes. Several test prints failed or had so may supports on them that cutting them off would have been a nightmare, and would have ruined the look. One of the problems is that I was making them to scale with the rest of my model, which made the resulting resin prints as delicate as a feather and subsequently the support overwhelmed the actual print. Modelling the curvature proved extremely difficult in TinkerCad, so I went with Blender. Unfortunately, version 2.82 in Blender had an issue with deforming the ammo links when putting them down a path. 2.79 didn't have this problem, apparently, but I wasn't going back.

I then realized that after I printed my many failed resin prints of the ammo chute, that the partially cured resin had flexibility. So I figured, why not print the ammo chute straight and twist it to shape around the drum. Afterwards, I could leave it in the sun to cure and it would solidify into its curved shape. The design below has thicker links, and the rounds in the belt had to be shaved down in the back, which shouldn't be seen on the model once finished and glued into place. Both the ammo chute and rounds will be printed separately but are displayed together. The spacing may have to be changed. There are going to be several test prints that are going to be needed and both the rounds and ammo chute will probably have to be tweaked several times to get the right look, perhaps sacrificing scale and accuracy a bit.

The ammo chutes on the real Phalanx have several parts. A cage and many chromed flaps which are rivetted together along with a conveyor that holds the rounds and spent casings. The rounds travel from the front of the ammo drum to the M61 Cannon, where they get transferred to the M61 via an interface. The conveyor, now empty travels down the return chute to the front. The spent casings coming from the M61 go to the rear of the drum and the mechanism is almost exactly the same as the feed, except working in the other direction.

Some luck. A little disbonding from the edges which resulted incomplete prints but most of the middles of the chutes survived. Tweaking will continue. I'll print out the rounds "conveyor" tomorrow. 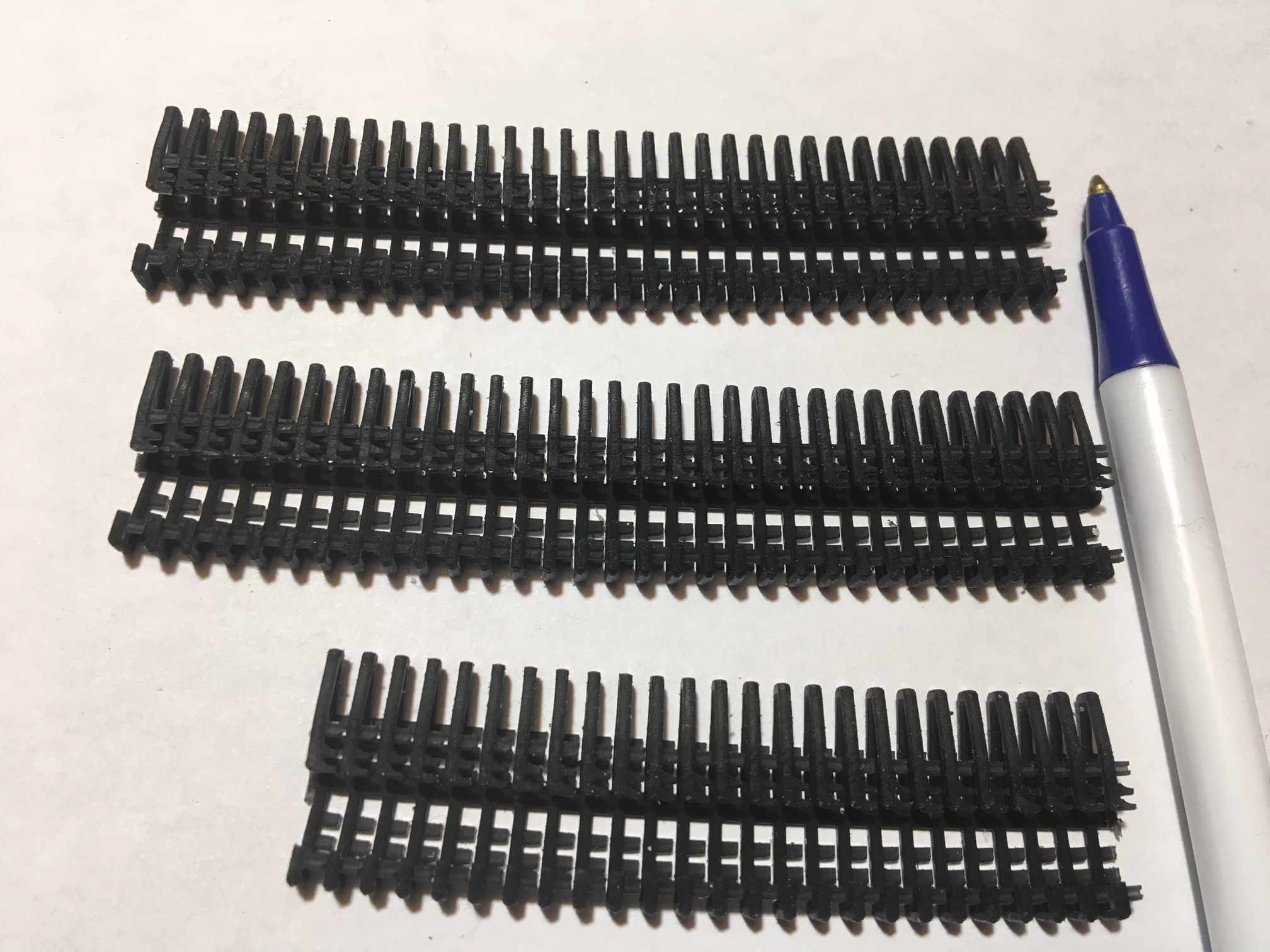 I forget how small the model is. Your photos make it look larger than it is, which is compliment to your modeling skills.

anamorphicWayne said:
I forget how small the model is. Your photos make it look larger than it is, which is compliment to your modeling skills.
Click to expand...

You would think at 1/9 scale everything would be big, but these pieces are really delaying completion of this project.

I redesigned the "cage" front barrel support since I felt that the bars were too thick. At the time, when I printed out the first one, all I had was an FDM printer and I had a difficult time in removing the supports without totally wrecking the object. With my MSLA printer I had several print failures stemming from issues with bed adhesion and supports with ChituBox. So I just designed added the supports in TinkerCad and it turned out fine. Looks like Chitubox 1.6.5 has recently been released so I will upgrade. 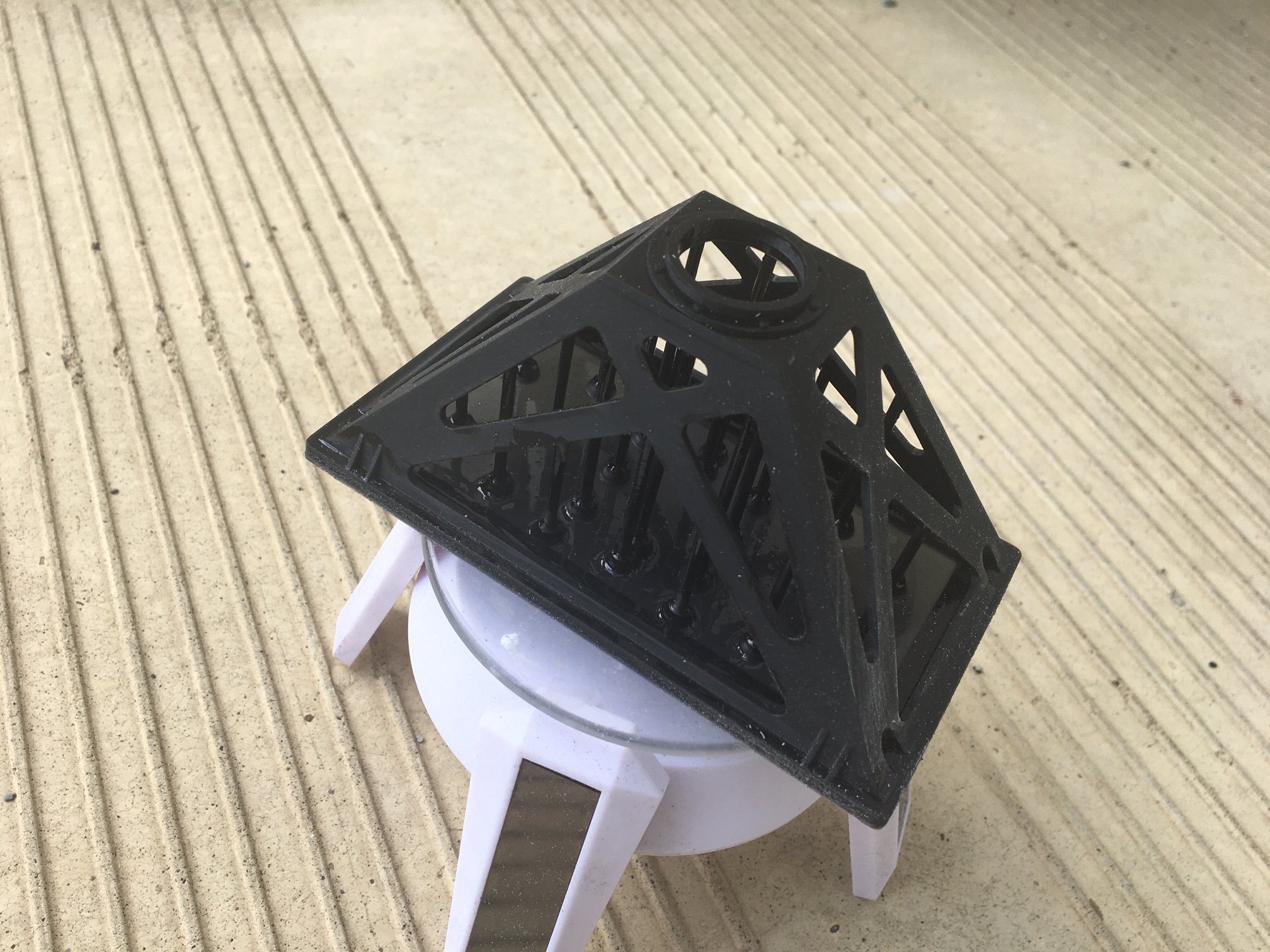 This is a very cool & the level of detail you are putting on it is unreal. Great work.

I ran into a few issues with this project regarding resin printing, but recently I managed to resolve most of those issues. As a result, I decided to make the drum a bit more accurate and detailed.

Recently I bought a Anycubic Mono X and I realized that the build plate and volume can easily handle the radome of the CIWS. I didn't want to go with the Archer Transfers even though I already purchased them, since I thought I would get a decal line on each strip. So I decided to model the entire radome in 3D (most of it...there are quite a few greeblies, hinges & latches. Hopefully it will print out ok. 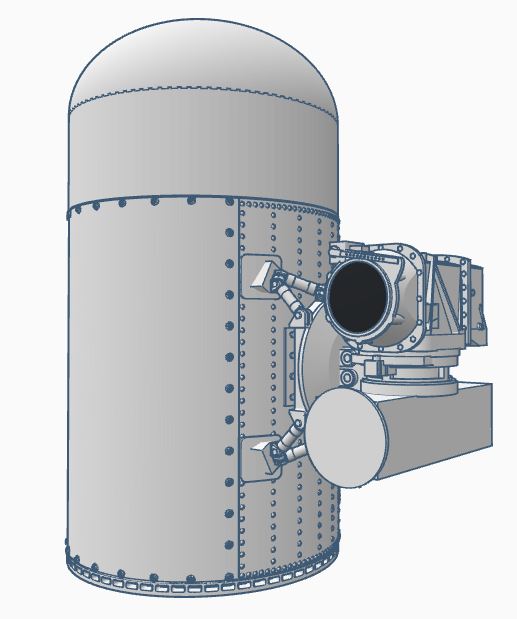 These things are really super impressive. I have always been amazed in their operational capability.

Really good modeling here TazMan. Love the weapon system and your project to replicate it is impressive.

I wondered If anyone in the navy has decorated one like R2D2... and they have...

Aliens: Another Glorious Day in the Corps