More V2 tweaks. Created another variant (seen on the right) with a thinner, lower-profile symbol-piece. Probably gonna have to print a few of these variants. Now, it’s all about tweaking the ring-band size/taper, and the length/height/thickness of the symbol piece. Lot of variance in the reference. I’ve noted that Joe Staton was fairly inconsistent during the run of GREEN LANTERN CORPS. Ofttimes, the rings would bounce from V2 to V3-ish, sometimes within the same issue. There even appear to be some hybrid variants, with the front/rear of the symbol-piece blending into the band and wrapping around the wearer’s finger, but with the sides still being separate from the band. 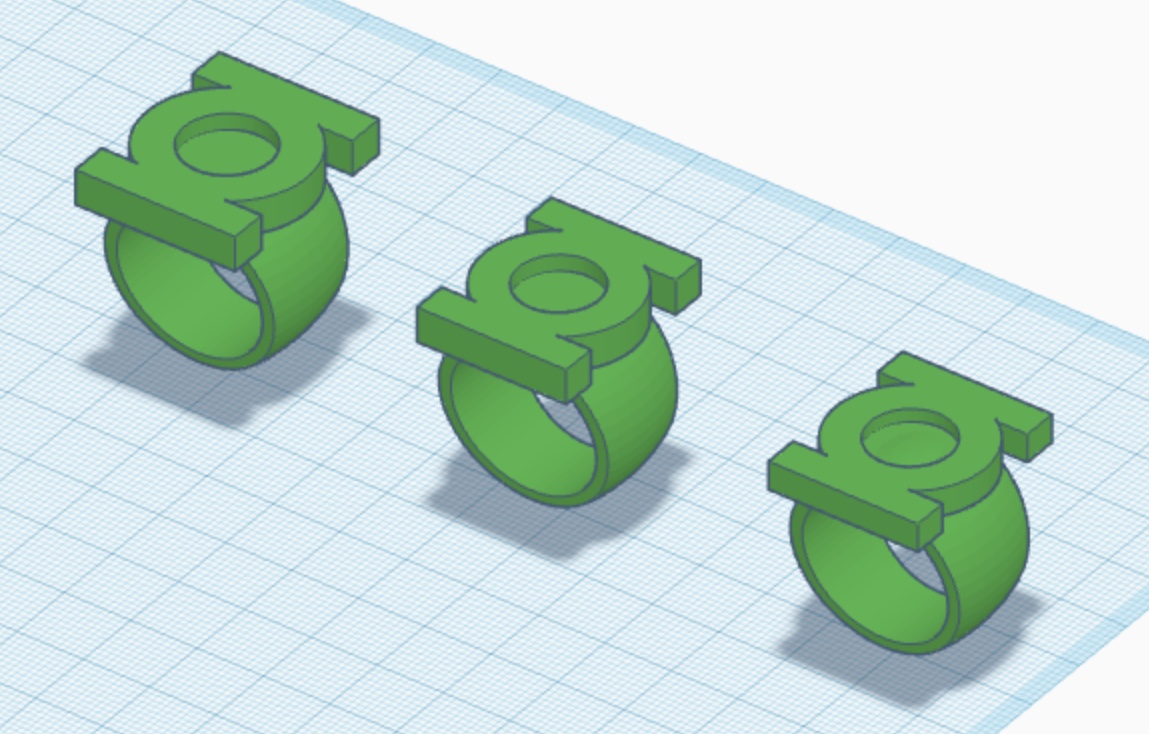 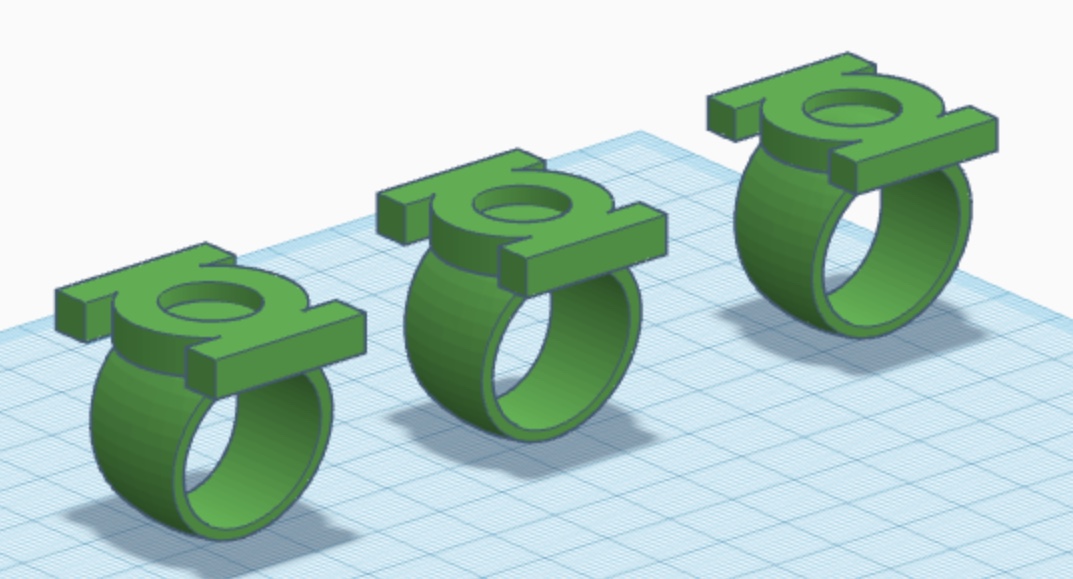 Been taking a bit of a break. What with the holiday season gearing up, I’m gonna have to hold off on purchasing a better modeling program.

However, I have been tweaking the existing models, here and there. In this case, I created a V1 variant with a tapered band akin to the current version of the V2. The Gil Kane reference tends to show a curvier band, but I’m not entirely sure that would be so aesthetically-pleasing. 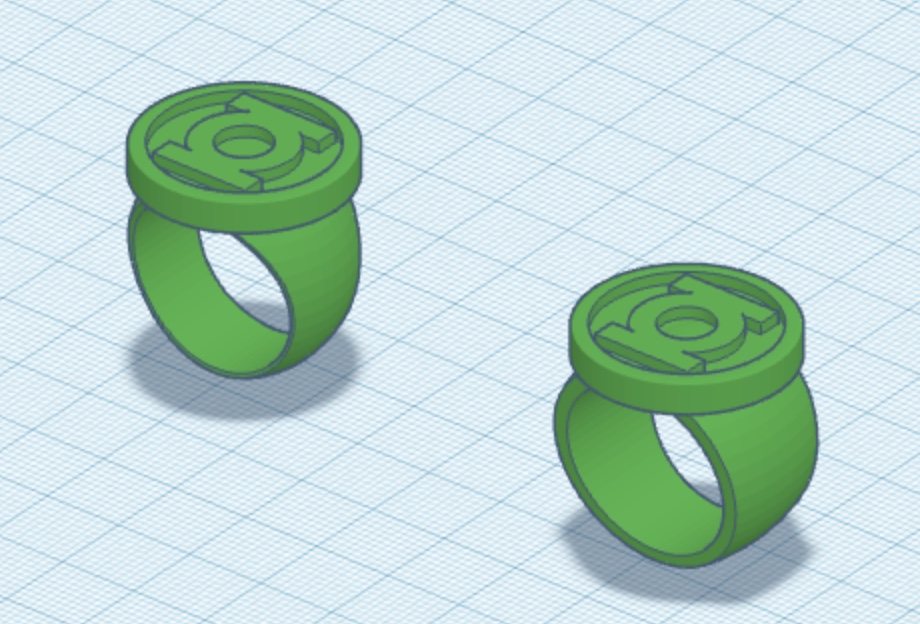 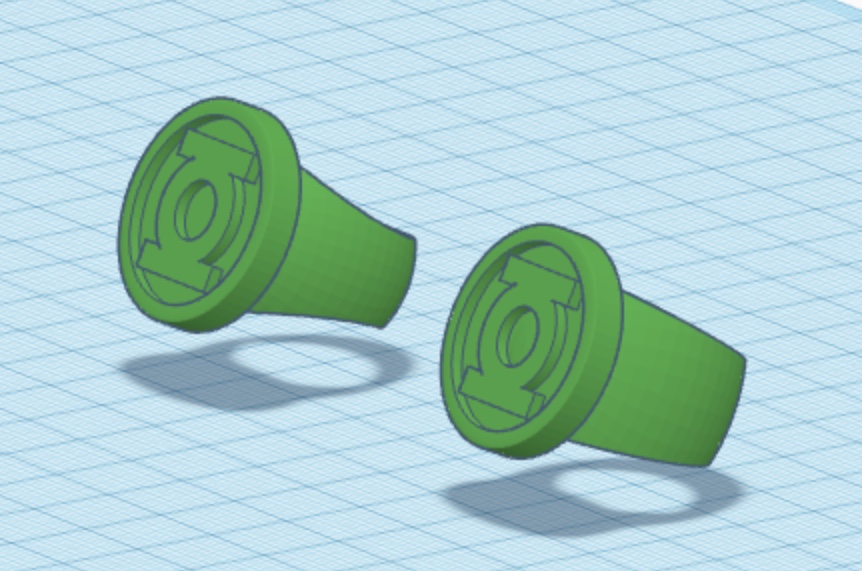 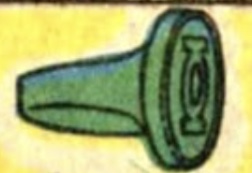 After some more tweaks, I put in a new Shapeways order—Guy Gardner, V1, large V2, smaller V2, and V3. Until I get a new modeling program, these will likely be my final test prints. 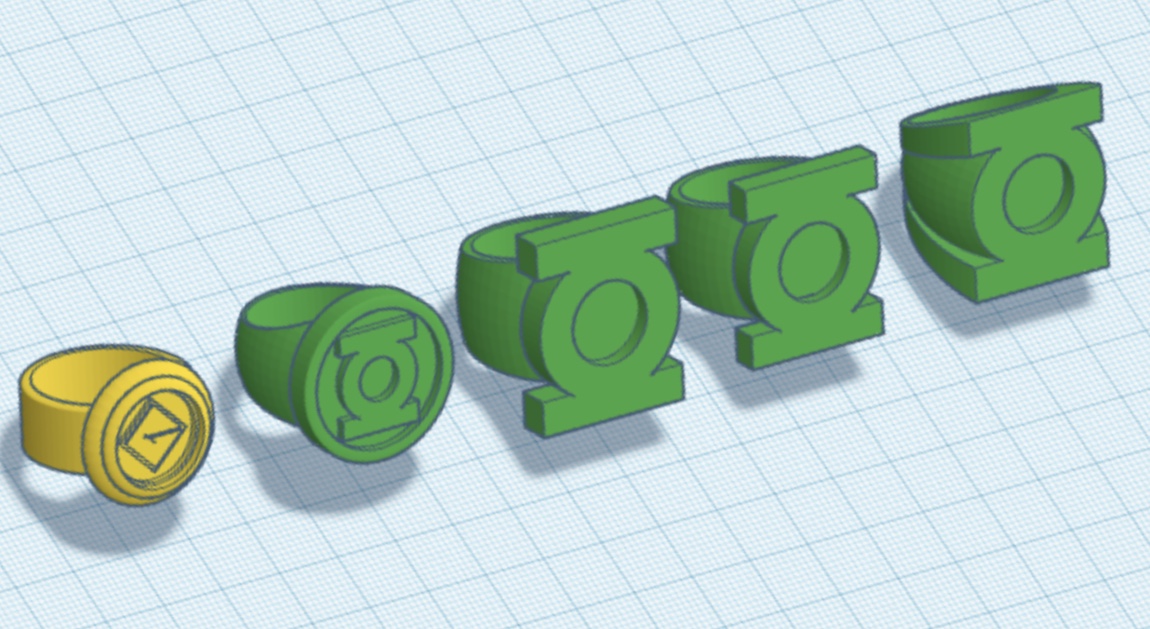 The latest test prints should be arriving, soon.

Meanwhile, my massive GREEN LANTERN read-though continues. I’m currently in 1982 (the “Hal Jordan exiled in space” era), and stumbled across a piece of lore I’d forgotten:

In an attempt to explain the changes in both the uniforms and the ring designs, the book’s creators during the early 80s came up with with a rank structure. Thus, new Corps members (such as Arisia of Graxos IV, Dalor of Timron, and the young Hal Jordan) wore the original, Gil Kane-style uniforms (without the green shoulder “epaulettes”/extensions) and used the circular, V1 rings, whereas experienced Corps members wore the revised uniforms and V2/V3 rings.

Of course, this idea was forgotten rather quickly (DC’s never been a stickler for continuity, after all), and it doesn’t track particularly well, anyway, since the early GL stories showed ALL Lanterns (including veterans like Abin Sur and Tomar-Re) wearing the early uniforms and rings. More logical to assume that the Corps’ uniforms and equipment simply undergo periodic updates, I think.
G

Received the test prints. As noted, this’ll be the final round...for now. Probably gonna wait until time and finances permit—after the holidays— to invest in a new modeling program. I’ll use the time to study (and wear) the prints I have.

Gotta say that I really do like the smaller V2. 2mm shorter than the previous versions, with a 1mm thinner symbol-piece. It’s the same length as the current V3. Not a HUGE difference, but enough to affect the overall look and fit.

The reference goes both ways—chunkier or sleeker—but, of course, most of that art uses the slimmer, taller, alternate version of the GL symbol, which is a better fit over one’s finger, proportionately. 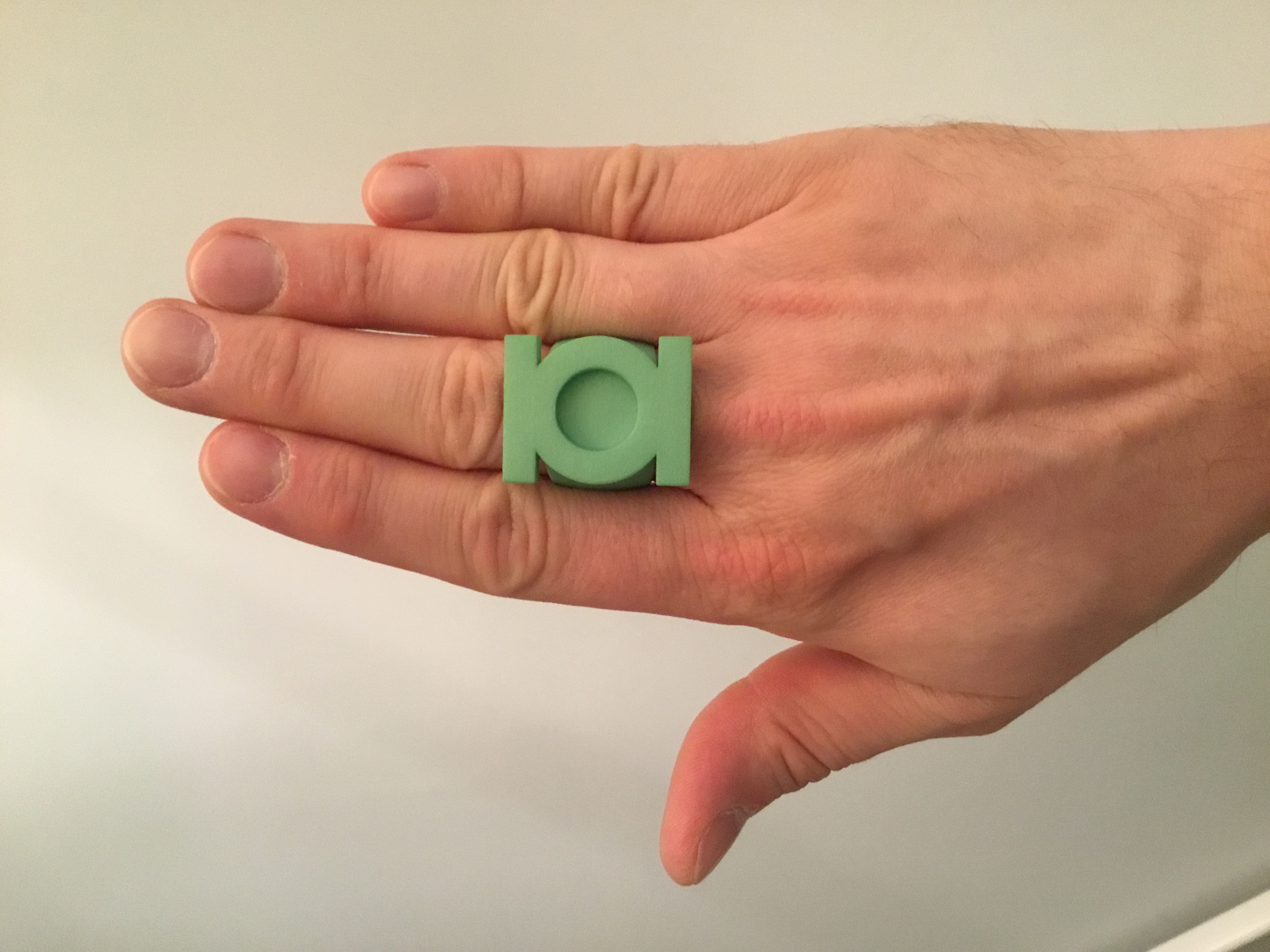 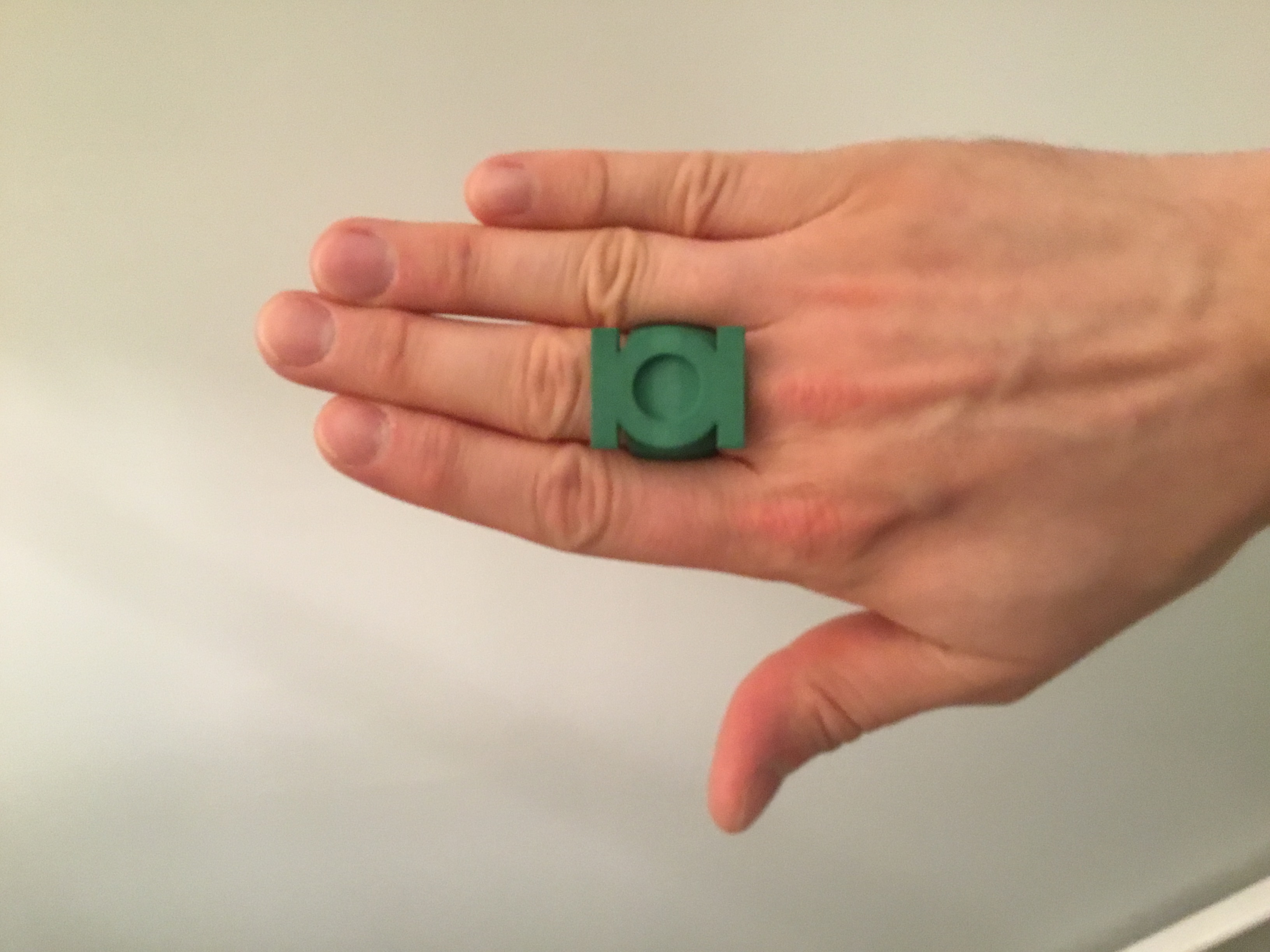 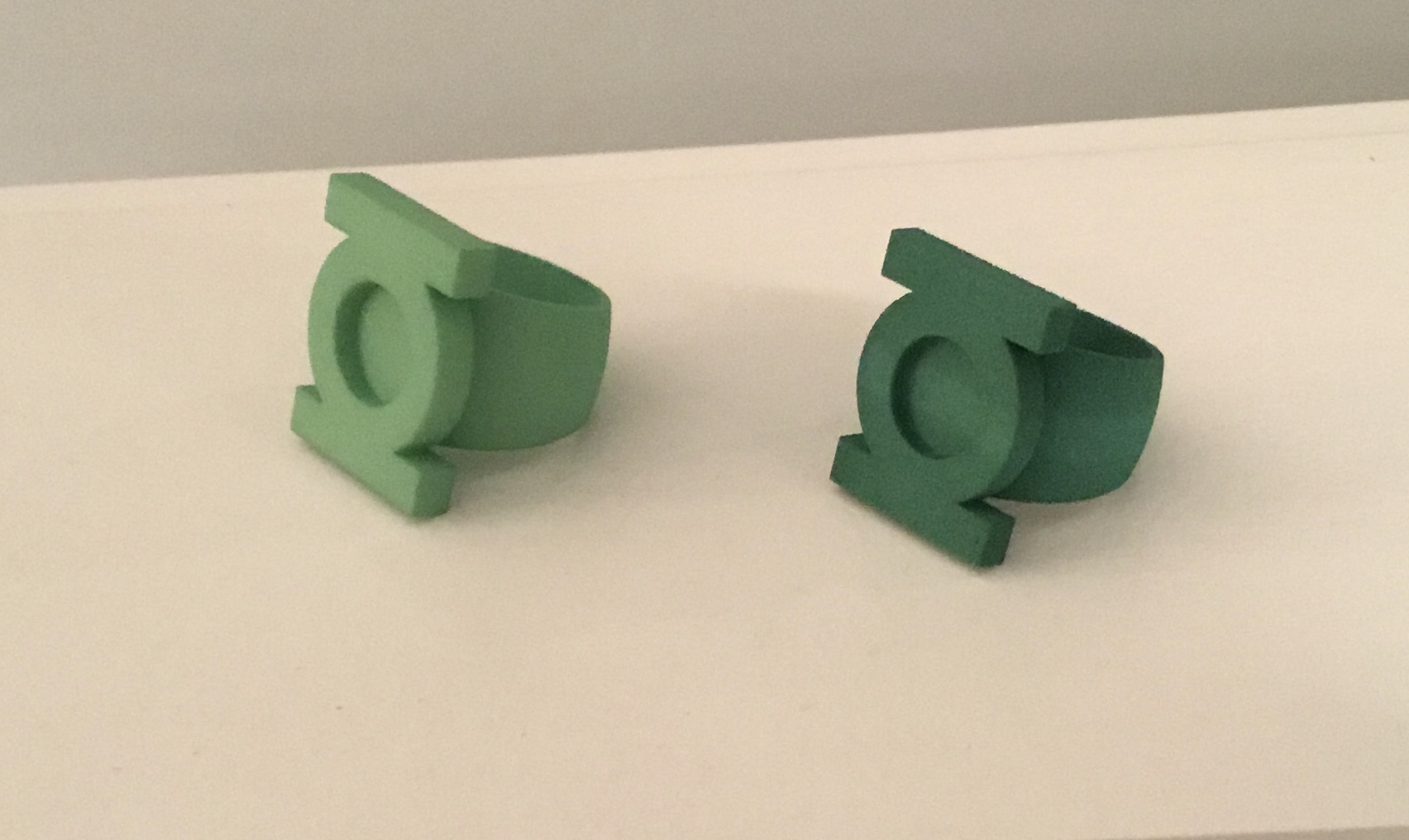 Yeah, I’m VERY pleased with these prints. I daresay that The V1 design is now essentially complete. The V3 is also pretty much where I want it. The Guy Gardner ring is much improved, with the flatter and wider disc section.

And I think the smaller V2 might just be The One. About the only uncertainty I have is whether or not to go a little thicker with the symbol-piece. Other than that, it seems to be just about right, proportionately. And the ring-band isn’t too tapered or too wide.

I also majorly shaved down some larger, 15mm gems, rather than the 13mm gems I’ve been using. When fit into the symbol holes on the V2 and V3, they have more of the low-dome/flatter look I’ve been seeking. Of course, sanding down acrylic is not the same as actual glass gems, so we’ll see how it all goes.

I think the next step will be to order a few non-dyed prints and get them painted up in a nice, metallic green, as a proof- of-concept for the overall look and styling of the rings. After that, I’ll hopefully get a new modeling program, and can begin reconstructing these designs in higher quality (and in a format suitable for machining).
G

Yeah, I think the smaller V2 is finally THE ONE. The look, height, and proportions are all spot-on. And the low-dome gem looks great. 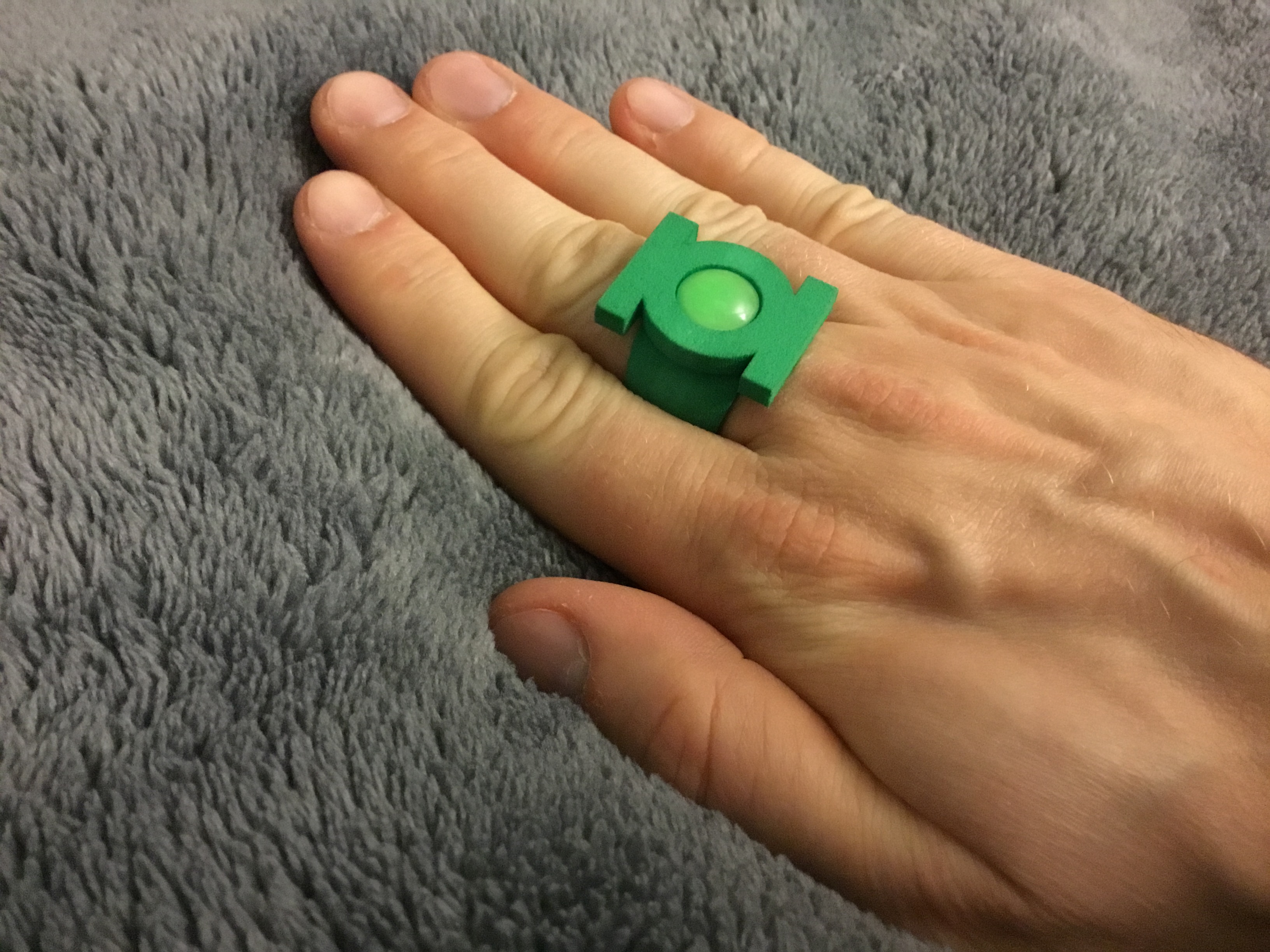 And I’m also very pleased with the revised Gardner ring: 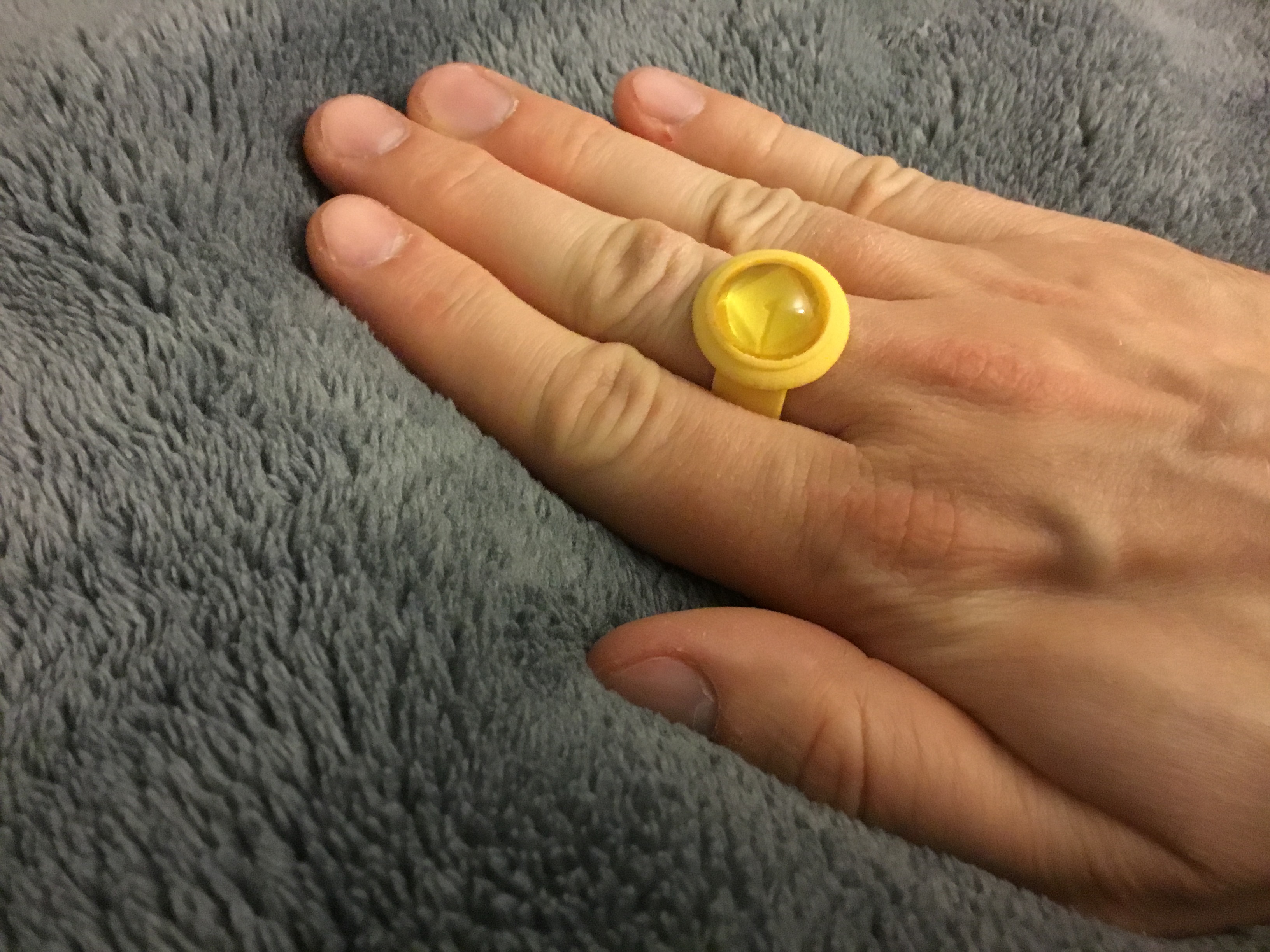 Let's Discuss D-Rings and What We've All Got