Countdown timer in a P2 spear

A member here asked me to make a countdown timer for his P2 spear. So, he sent me the spear and I got to work.

I made the countdown timer using the same LED arrangement that I've been using for my gauntlet countdown timers, but I'm using the Arduino Pro Mini instead. It's a lot smaller than the full-size Arduino boards, but it also doesn't have any connectors soldered into place. Here's how the Arduino fits into the cavity: 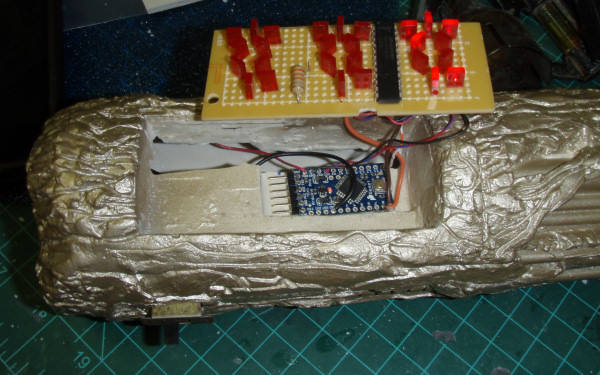 I probably Dremeled out a lot bigger slot than I really needed to do, because I was trying it with an Arduino Pro instead. (That was the board I killed with the wrong battery polarity last week.) The circuit board is just big enough to get 9 LEDs into the shape of each digit, plus the MAX7219 chip and the brightness adjustment resistor. There isn't enough room in the cavity to get the 9 volt battery into place with all the circuitry, so I'm putting the 9 volt battery on the end with one of the spear tips being removable: 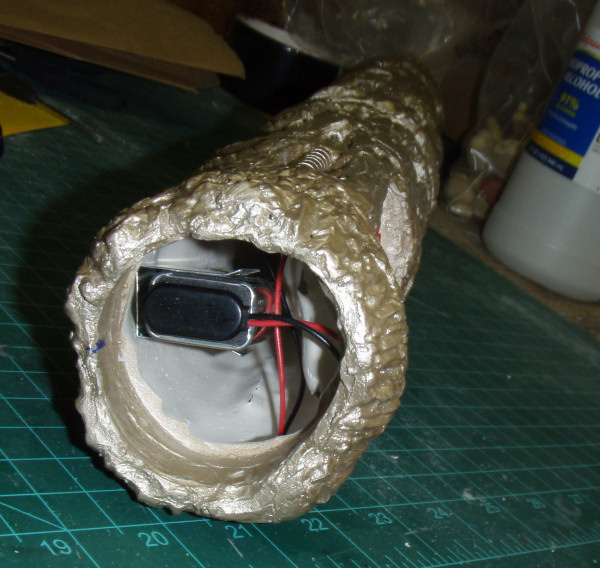 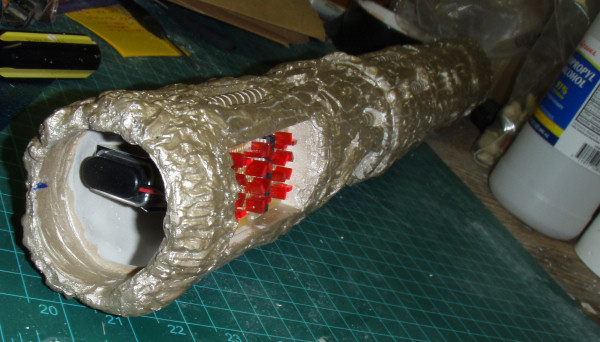 Here's what the result looks like, with a tinted Plexiglas window in place over the digits:

And here's what it looks like with the lights off: 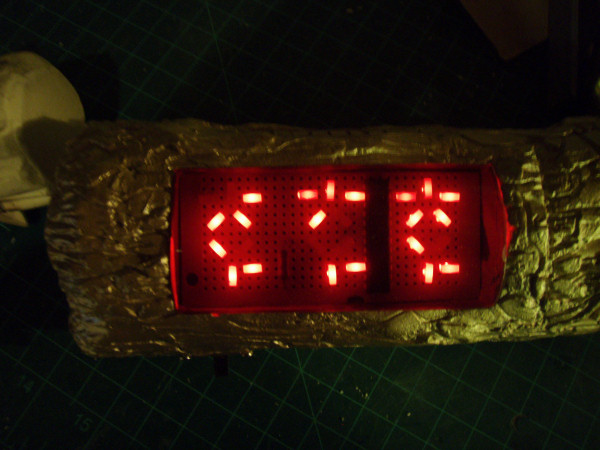 I think I might need to put a black piece of paper in there to hide the circuit board, with cutouts for the individual LEDs. I'm also debating whether I need to put a window frame on top around each of the three digits, as the original model had.

Wow nice work there! I might have to get a price for my gaunts sometime! I always wondered what the countdown timer on the spear was for! Setting the bomb and throwing the spear perhaps so the pred doesn't kill itself?
N

I believe that the timer was also supposed to be a power source and control mechanism of somekind on the spear it controlled the extension, and velocity etc... if I remember correctly. But I do believe it could be used as a bomb if needed.

can you make one for me,i have the same spear(its not painted yet) it looks awsome.just name your price

khan said:
can you make one for me,i have the same spear(its not painted yet) it looks awsome.just name your price
Click to expand...