RPF PREMIUM MEMBER
I've been working on this bag on and off for a while now, and with the pandemic going on I found some time to make a bit more progress. With that, I've also encountered a couple of concerns (granted small ones, but still) that I thought I could ask you guys' advice on. 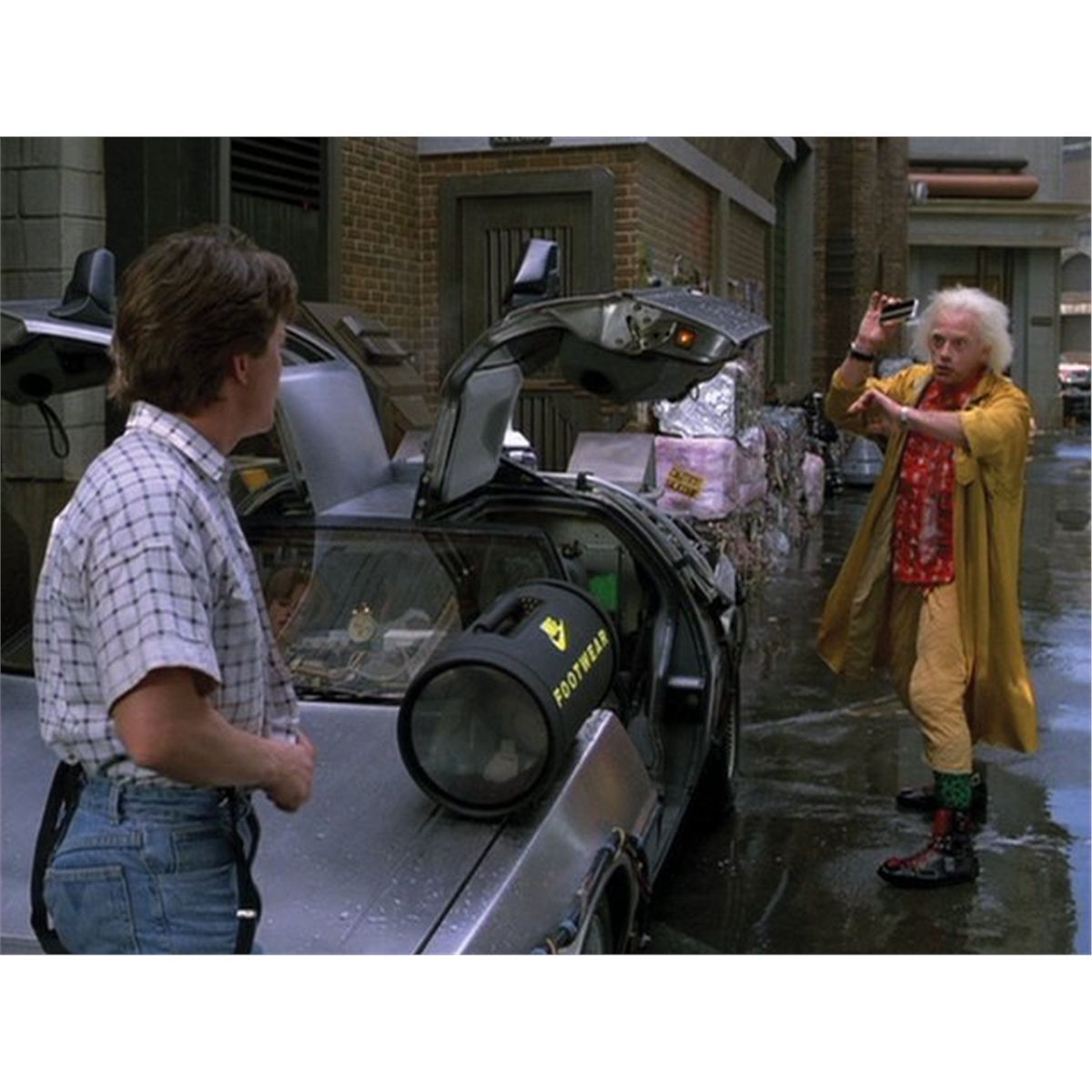 To get up to speed, I worked up a 3d model of the bag and mechanics last year, trying to get a decent proof of concept: 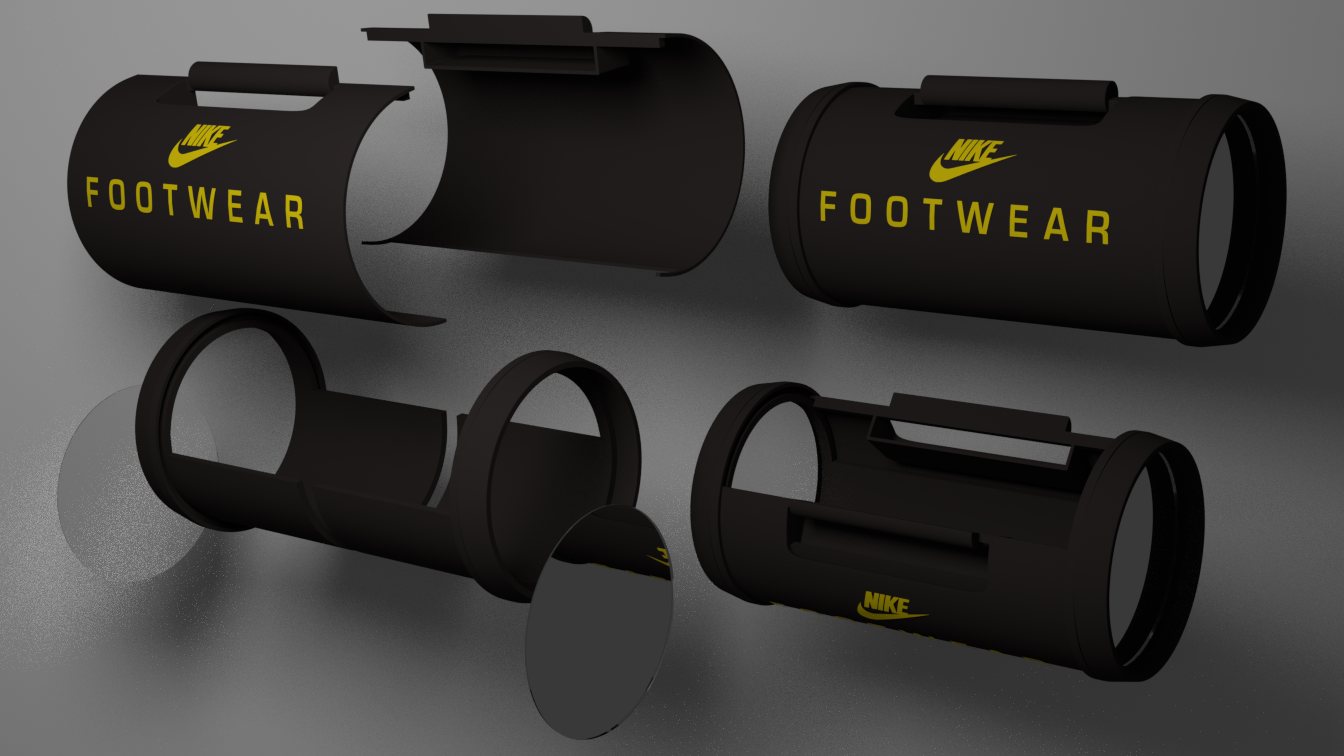 There's not really much to the assembly. I'm trying to keep it as simple as possible to build and finish, while also screen accurate and durable. The sliding doors are identical, with the ends sitting in channels when the two main body halves (split in the lower left above). With the tube assembled, the doors slide open with the back ends overlapping like the original prop; The main body joint is not visible from the outside, and the parts can all be finished and painted before joining. I can slot for neodymiums to help with door closure as well.

The clear acrylic ends pop into seats from the outside, installed with adhesive. The original prop (to my eye, take it as you will haha) looks like the ends were just glued in as well, anyways it's an easy set up and helps reduce the number of parts in assembly. Here's what I was looking at on the auction piece: 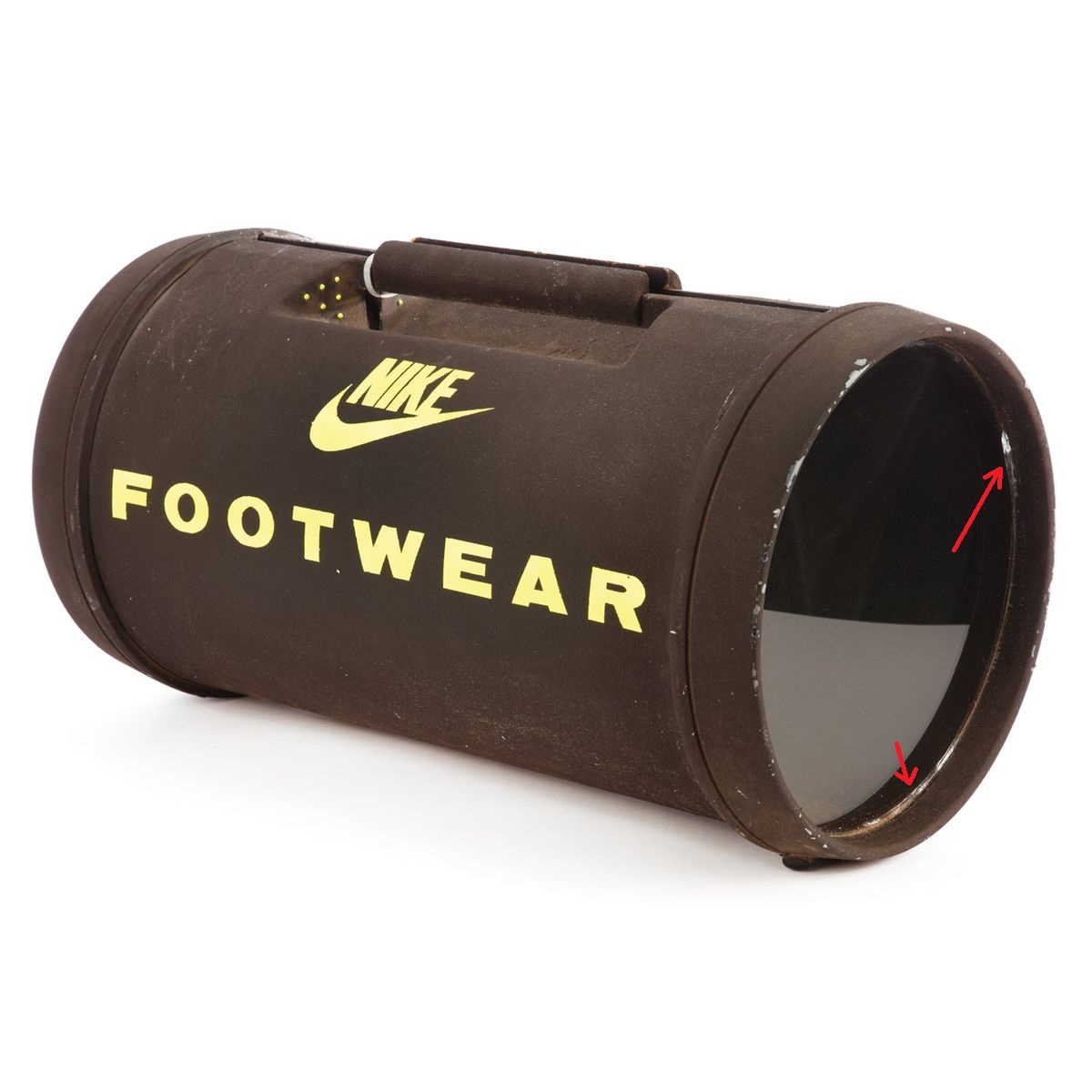 So after all of that nonsense, I've test printed a 65% scale model for proof of concept. A few points on this:

- Details are missing, like the handle nubs. and mag slots. No acrylic ends either, don't need them yet.
- The main joint between the body halves was augmented with slots for metal rods to reinforce the 'backbone' of the tube.
- 3d printing is great for my tester, but I expect the final to be resin for strength and durability. (these are low-res and sectioned)

A few shots of the test-tube (lol)

Pieces, both doors and body ends are all identical (only two molds needed for parts) 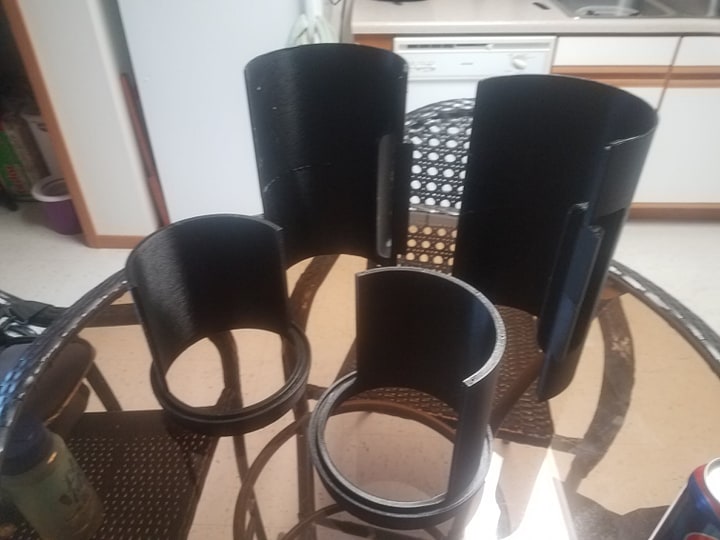 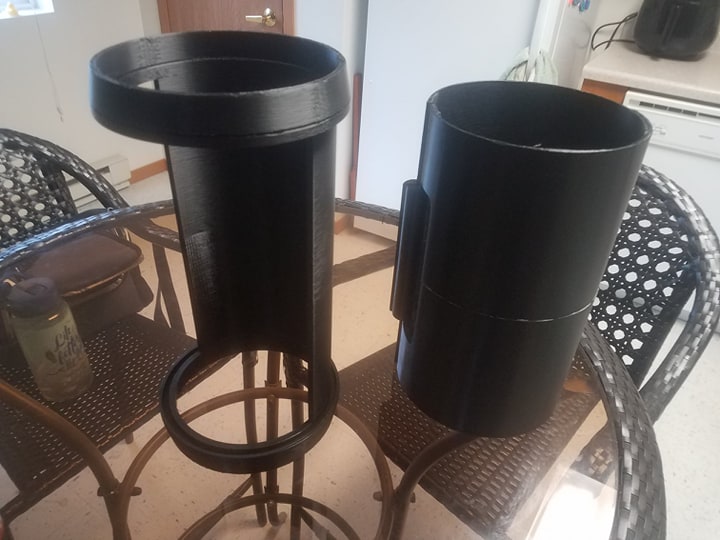 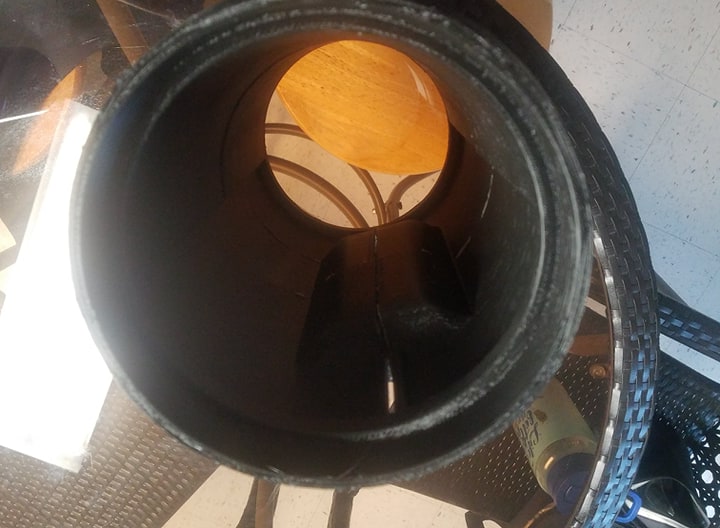 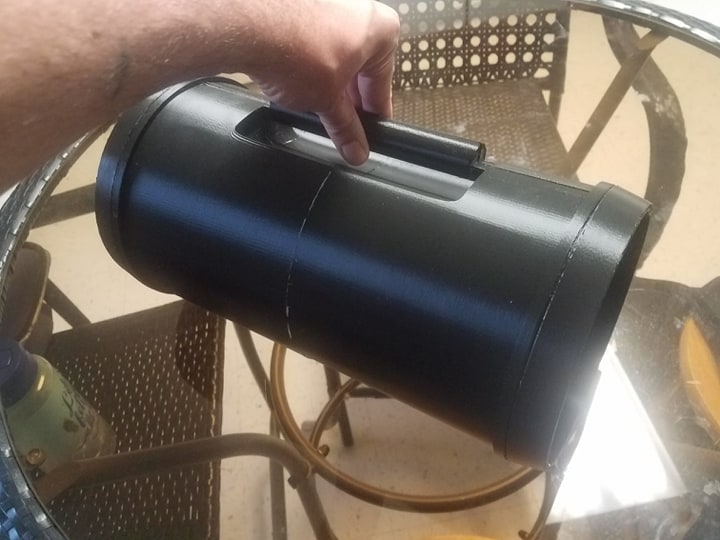 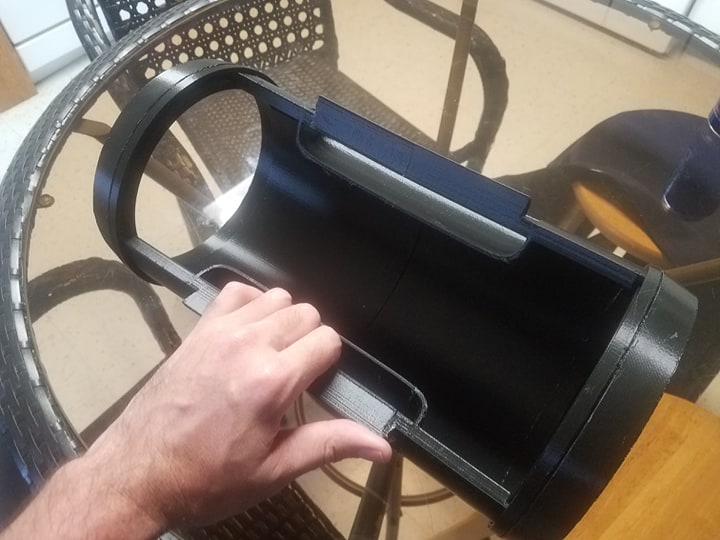 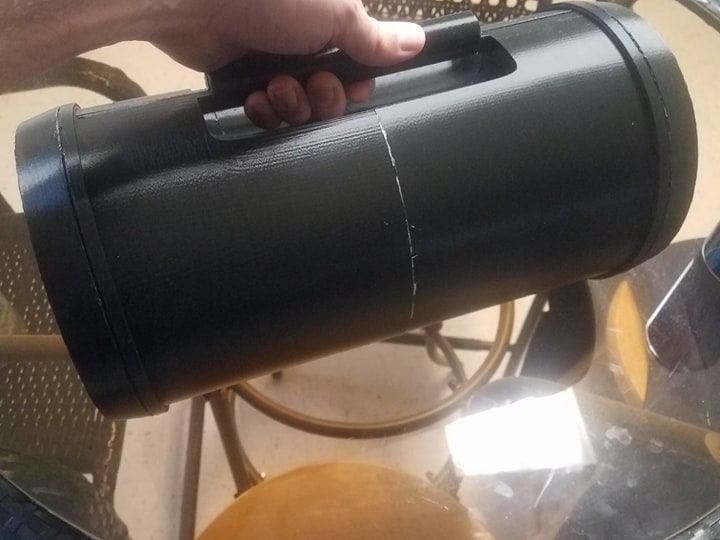 So I've got a working bag! Here's where you guys may be able to help me though.

The doors slide in those channels, and are slightly shortened so they don't pinch at the ends or bind when the main body is assembled around them. The channels are wide enough to let the doors slide over each other when opened, and are the same size all the way around. Another way to look at it, the doors are freely floating in their own overlapping paths, but have to slide across each other and not bind in the channels themselves.

Still with me? Those body channels are just as wide even where the doors don't overlap (like where the doors meet closed), meaning they could be loose or rattle around which is a no-go. I solved this a couple ways first, I increased each door's radius slightly so that they have to be squeezed just a little to pop into their channels during assembly; keeps them under a little tension, pushing out on the outside wall of the channels so they can't rattle. Second, I added small nubs to the inside of the door ends so they are aligned when the doors are closed; Those nubs fill the extra space in the channels and make the doors meet in alignment.

Here is a super-awesome kid's illustration of the cross section that hopefully show the overlap and nubs I'm talking about: 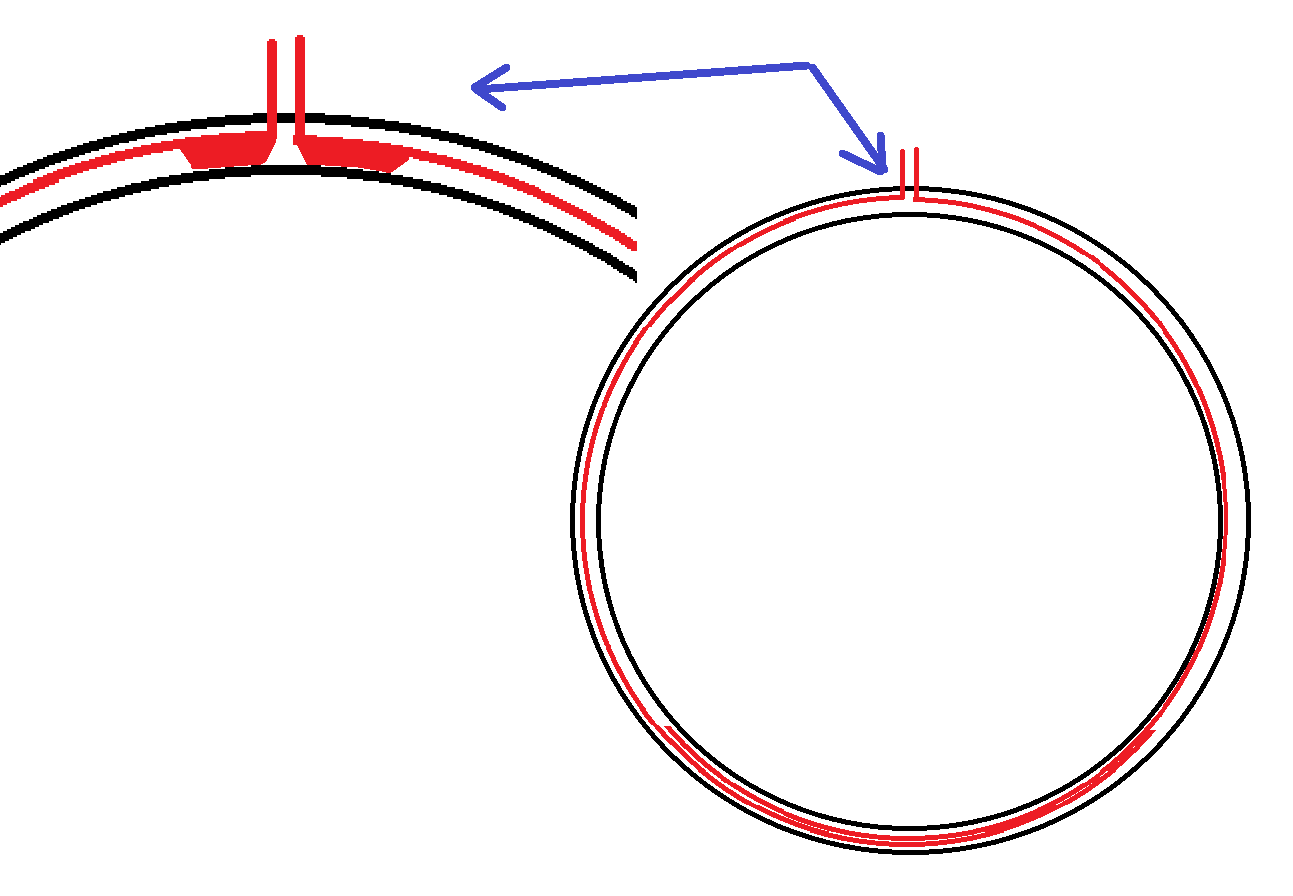 All of this leads me up to asking for help lol. The way the doors operate, I am looking to cast them in something that is light, strong, but also FLEXIBLE to a degree. The main body of the bag can be cast in anything strong and rigid, but those doors need to have a bit of flex to follow their 'tracks'. Also, and I'm not sure of the word I'm looking for here, but the doors need to be 'slick' lol. Anywhere they are contacting the channels or overlapping each other, the doors will likely tend towards binding or grabbing against those surfaces if they are not smooth and 'not-grabby'. The doors at full scale would be about 6mm thick right now following a radius of roughly 170mm, to give an idea of the size of pieces. Any suggestions? Am I overthinking this, should I just be knocking this out with 65D and not worry about it?

I'm sure for someone who has quite a bit of molding/casting experience, the answers here are no-brainers, I was going to start experimenting, but thought I should ask you guys first before I start giving Smooth-on more of my money. Thanks for looking, and thanks in advance.

RPF PREMIUM MEMBER
Well you've already done in a few weeks what cavx couldn't do in a few years. So congrats! Seriously though, this is looking amazing.

If it helps your build, here are pics of the one and only screen used bag from the current owner. I'll PM you his info in case you want to reach out and ask about the door mechanics.

Looking forward to seeing your build! 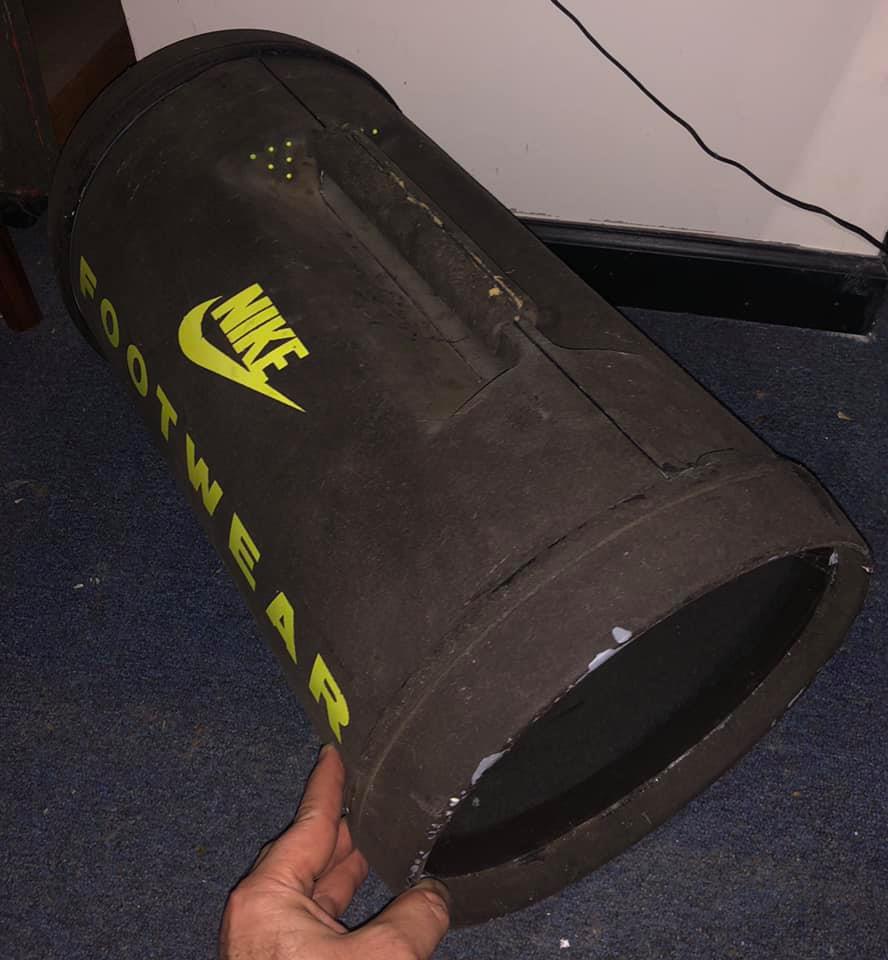 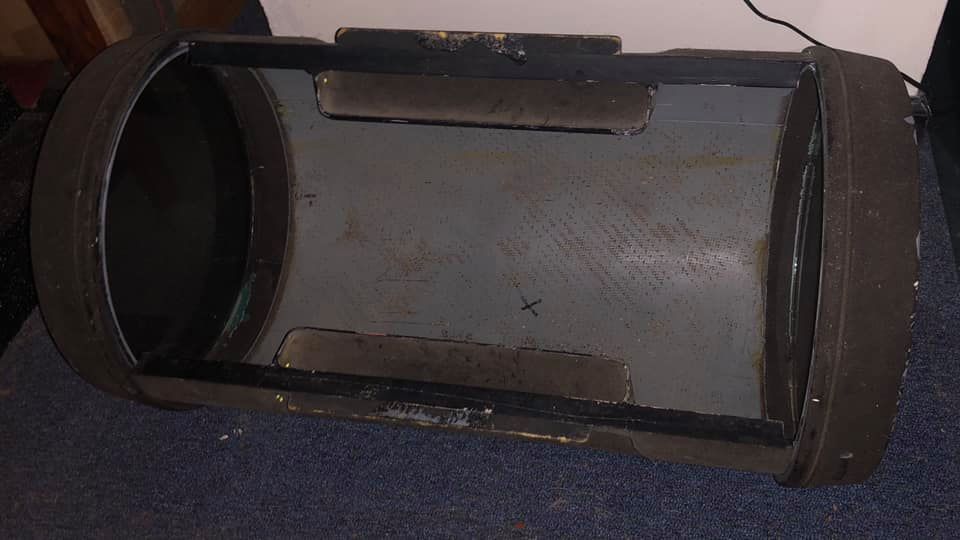 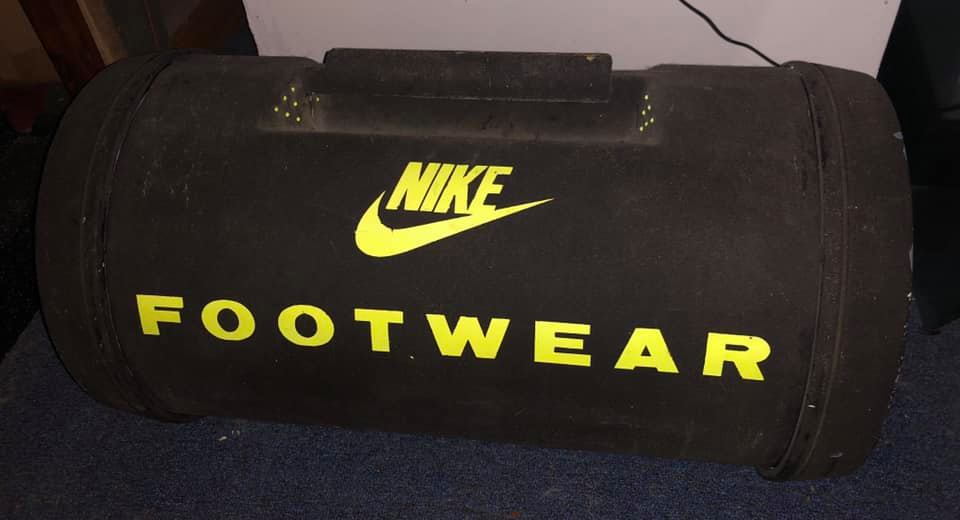 Looking great. This is so high on my Want list.