your Japan travel film is very funny and interesting. i should write Japan on my holliday list

Eager to see that film come to life guys!! TFS your trip to Japan

I’ve been watching your production for a almost as long as you’ve been at it, and I just wanted to congratulate you on the amazing and inspiring work. You have shown that anything’s possible when you’re determined and creative, no matter where you live. You’re my heroes!

Just went through the whole thread, what a ride!! Sorry I missed the fundraiser but have been not been visiting as much as I used to. Can't wait to see more.......

RPF PREMIUM MEMBER
Congrats all round guys! LOVE your work.

Heeeeeeeeeeey guys!
Thank you all for the nice comments!

Just wanted to post the new diary from our latest trip to USA. We went there for the LA shorts film festival where we ended up winning the best SCI-FI award which is pretty cool!
While in LA I managed to get in touch with some AMAZING people who invited us to their studios or homes: Alec Gillis from Studio ADI, model maker Bill George, and even the legendary Skotak brothers. Totally mindblowing stuff! We heard awesome stories and saw some beautiful pieces of movie history at their studios. Unfortunately we couldn't film our evening with the Skotaks, but you can see the segments with Alec and Bill in the doc:

Slice also won the best VFX award at the SciFi Film Festival in Sydney, and will be shown at these festivals in the next couple of months (perhaps somebody is close):

(P.S. Do these laurels look cool or what, haahha ) 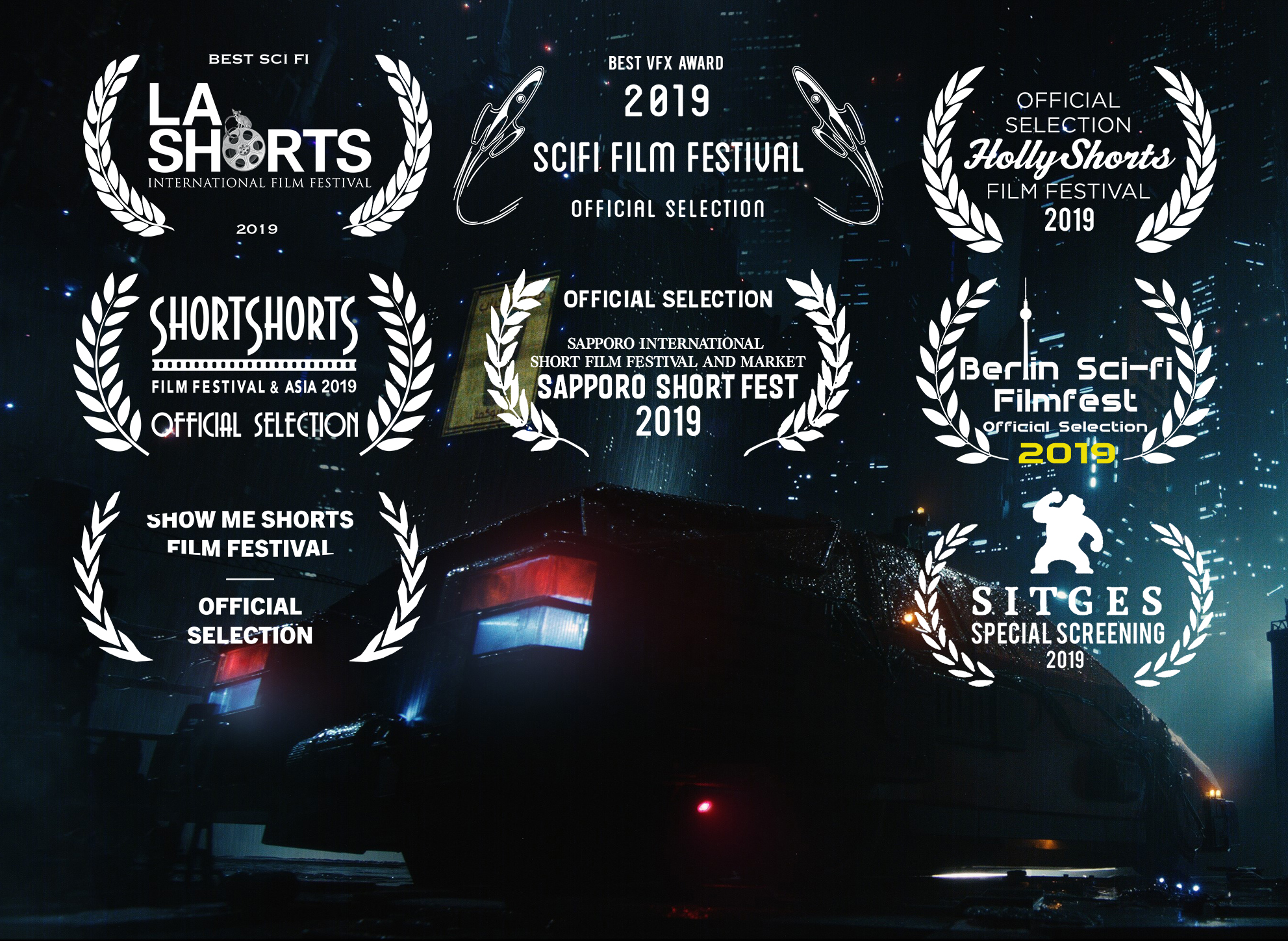 Much Congratulations guys !!
Thanks for sharing the America trip,..very fun to watch. Looks like you guys had a ball !
Cheers

Outstanding!! All the hard work is paying off.

It can only happen to you guys: well deserved

Looked like a great trip. I'll try not get too excited by seeing Bill George's Olympic/Pasteur model sitting casually in the background!

I'm back with a new update, and it's the one we've all been waiting for the last five years!
THE FILM IS FINISHED AND I CAN FINALLY SHOW IT TO YOU GUYS!

In recent months we've also been filming some making-of documentaries that we promised to backers on Kickstarter, and we wanted to finish it all in time to send out for Christmas.

I made the first ever post about the film here on RPF five years ago, and I wanna thank you guys for following the whole process. It was a huge school for us and we learned a great deal about many aspects of filmmaking! Thank you all for your support!


"SLICE OF LIFE" ----- director's cut version of the movie as it was always meant to be seen!

“SLICE OF LIFE: Filmmakers in Flying Cars Drinking Beer” ----- as the title suggests, in this unprecedented 30-minute documentary, filmmakers are drinking beer in a flying car and reminiscent on the wonderful days of production of "Slice of Life"!

“SLICE OF LIFE: The Magic of Miniatures” ----- an in-depth demonstration of the process we used to create the world of "Slice of Life". Find out how we built the buildings, filmed them in passes and composited the final shot in post-production. Only for hard core enthusiasts!


"SLICE OF LIFE: ORIGINAL SCORE" ----- those soothing, sweet sounds of "Slice of Life" await to be heard on the following link:


“SLICE OF LIFE: Behind the Music” ----- usually when you listen to music, you are in front of it. Well, here we go BEHIND it! Composer Tim Žibrat takes you on the magical journey of colorful sounds, samples and themes that make the music of "Slice of Life"! Check it out on the following link:

“SLICE OF LIFE: A Short Making Of Documentary” ----- a comprehensive 20-minute “making of” documentary compilation of the best moments from the Production Diaries, in case you wanted to show someone how “Slice of Life” was made and don’t have a few hours to spare. Check it out on the following link:

I hope you will enjoy the film and documentaries, and I'll see you in the new year!!
Happy Holidays everyone!!! 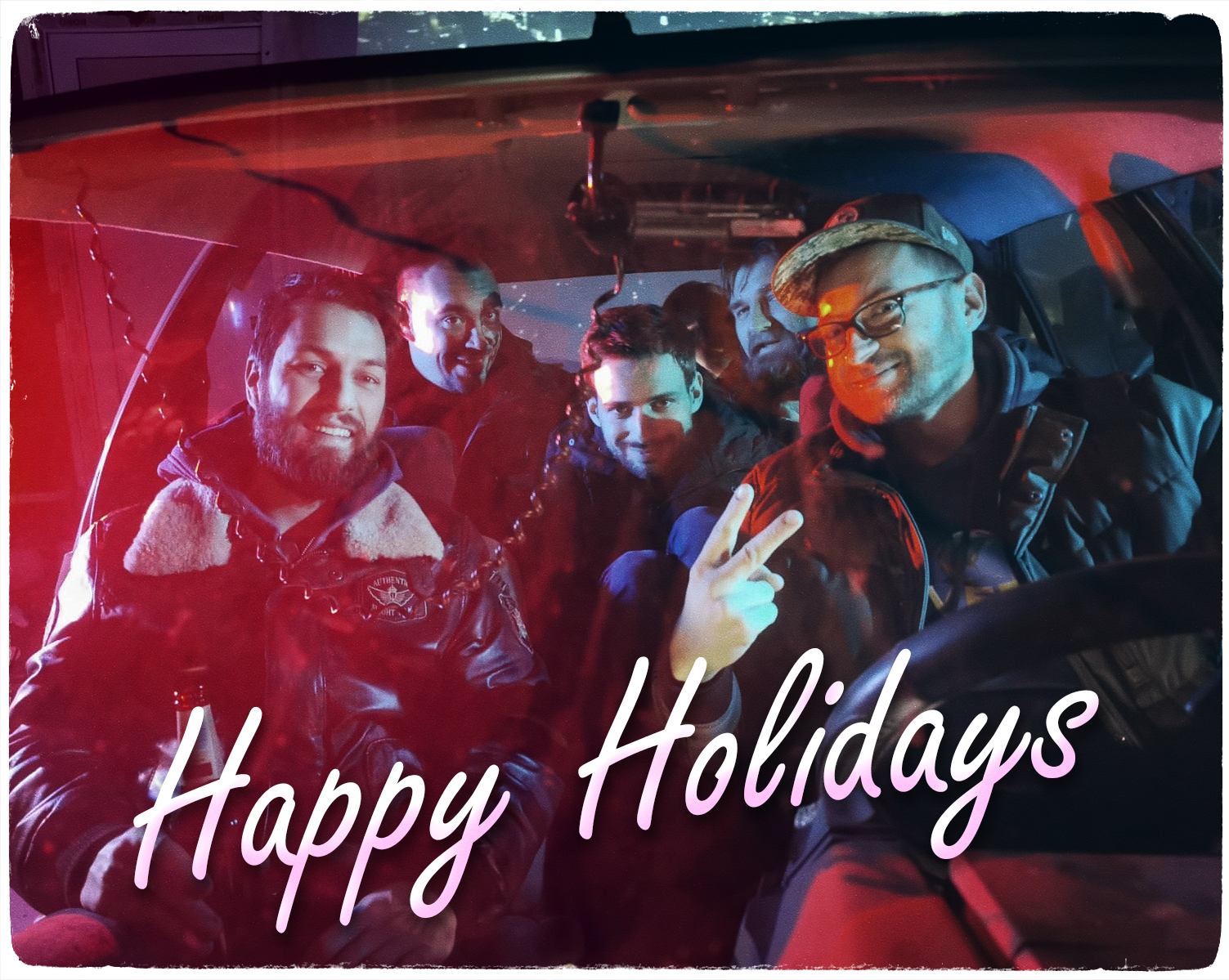 RPF PREMIUM MEMBER
You guys are owning. Seriously good work here. You took the idea of making something out of nothing in your garage and cranked it up to 11. ILM-Croatia. You nailed it. Well done!

Thanx for the making of and the great Film

RPF PREMIUM MEMBER
Luka,
I really enjoyed the film. congratulations to you and your entire cast and crew. It had an authentic BR feel and a really fun and thrilling plot.

Thank you for sharing your journey into film making ..very enjoyable !

Just watched it. It's gorgeous.
L

Thank you for sharing this. Very inspiring.
D

I have never watched Blade Runner, so I can't comment on that kind of thing, but the visuals are OUTSTANDING. I am a professional VFX artist, and I'm super impressed. I do CGI for a living, but I LOOOVEEE miniature effects. It was such a pleasure to see them in their final form. So beautiful.