RPF PREMIUM MEMBER
So after starting a build on another '66 BatRadio, I've been viciously bitten by the Bat-Bug, and when I saw this old red phone in a box in the garage I knew it was time to finish this properly. Here is what I'm starting with:

As far as I can tell, these were cast in fiberglass resin so it is my full intention to modify this phone heavily until I have a properly lit fiberglass BatPhone sitting on my desk. There are two versions as far as I can tell: The shorter phone on Bruce's desk and the taller one seen primarily in Gordons office under a decorative glass cover sitting atop a black wooden pedestal. Both seem to be made from the same material (the fiberglass resin mentioned earlier) and look to be virtually the same with the exception of the noticeable height difference. 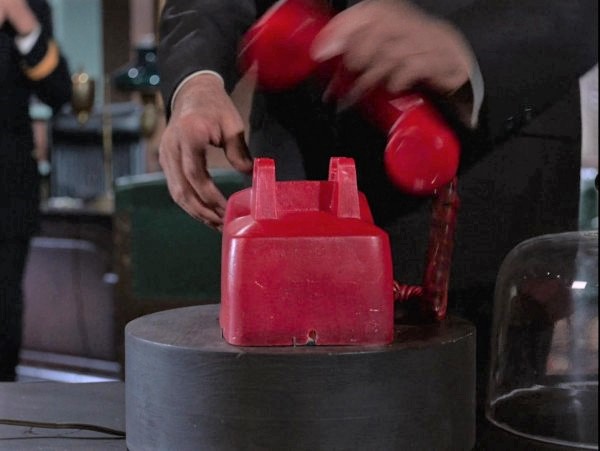 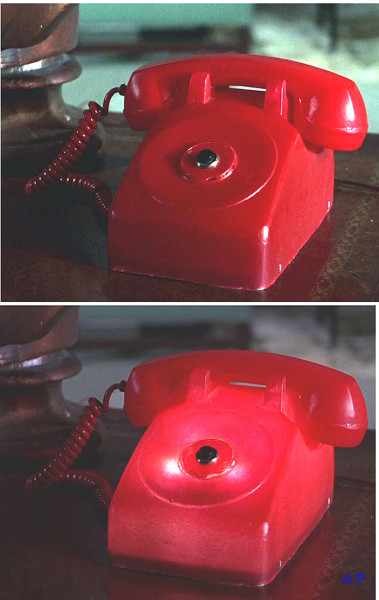 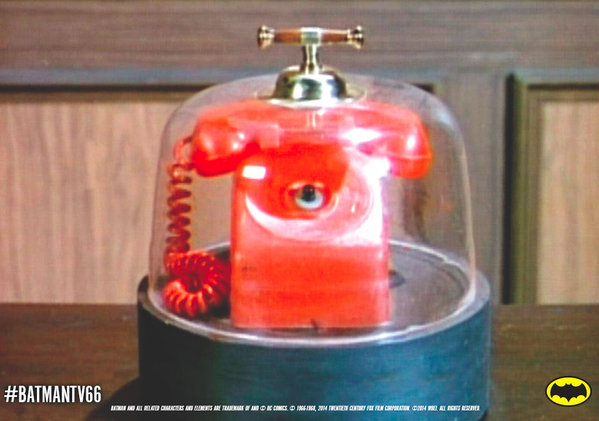 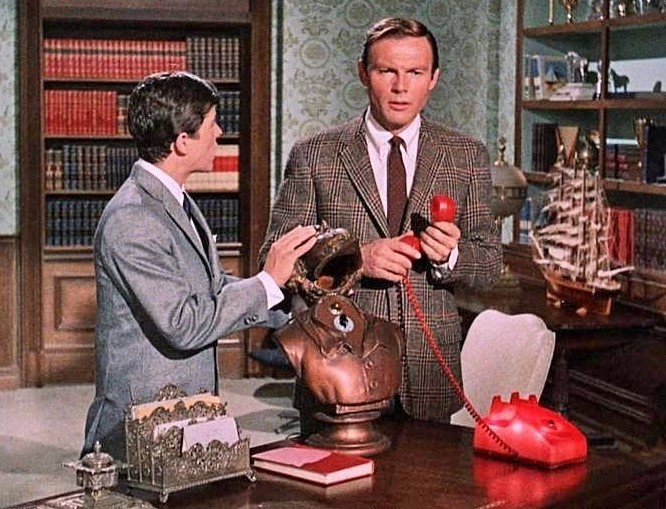 RPF PREMIUM MEMBER
Took this apart last night and fiddled with it for a few hours..

Removed and glued the rotary number disk section into the phone body, and after some viscous sanding, with 4 drops of superglue on top to hold it in the correct position and then sealed it with gorilla glue from the inside. There is a noticeable gap between the rotary disk and the rest of the phone body so that will have to be Bondo and sanded later to look like a smooth transition between the two parts. Then cut out a 1.5" disk from some 1/8" sintra plastic and centered a whole so i dont lose the middle for mounting the button later.

And after looking closer at reference images, you will notice that the phones backside doesn't feature the recessed area in the back like mine does, so that will have to be filled in. On my model all I did was remove a single screw from the inside that held in the curved panel that makes up that recessed area and I will install a piece of sintra there later to fill in the open hole.

RPF PREMIUM MEMBER
Some more filling and sanding progress before I prime this..

RPF PREMIUM MEMBER
After the 22mm was added this is where I'm at...

Now to work on the phone.. 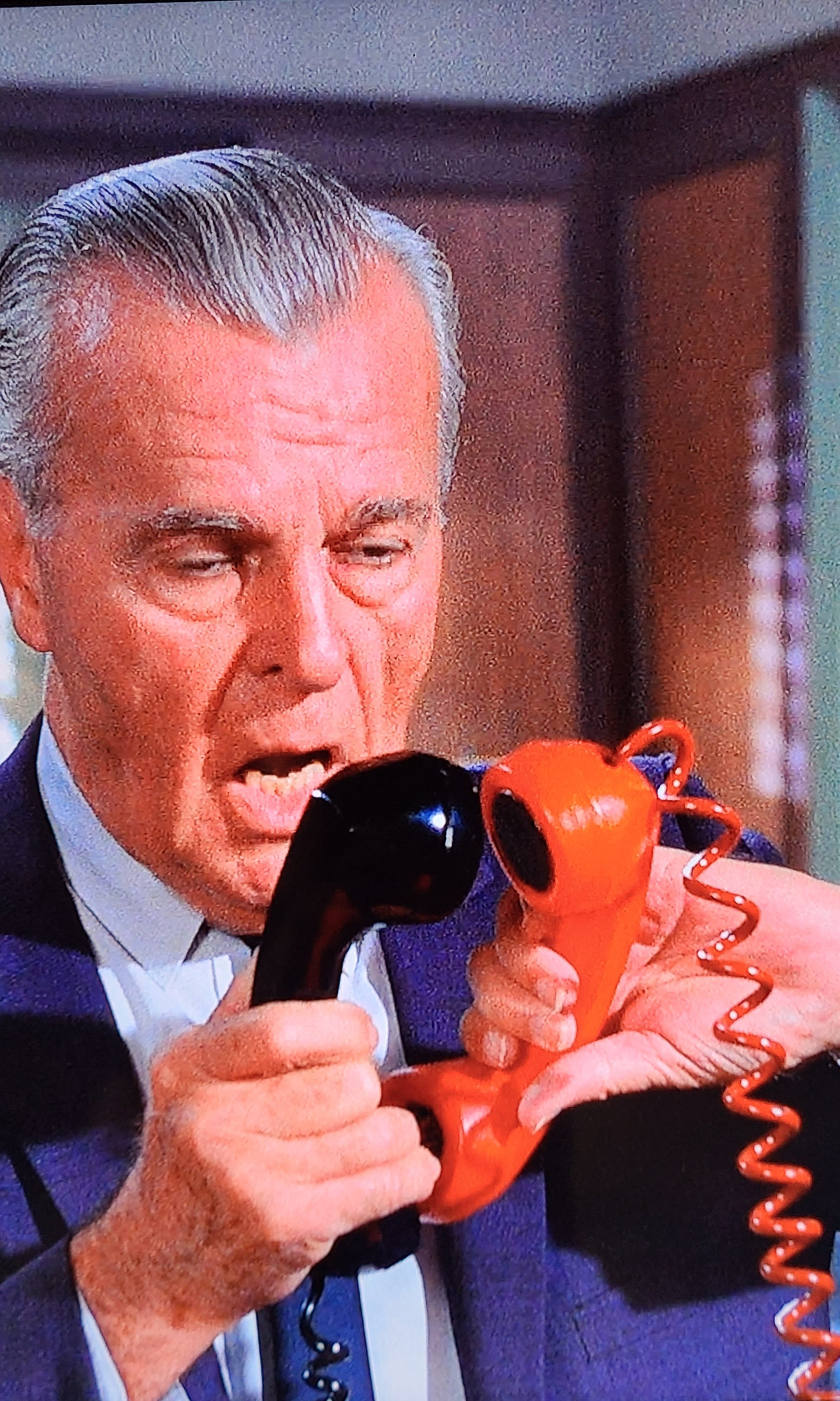 RPF PREMIUM MEMBER
Posted a interest thread for these in the project runs section if anyone would be interested in these after I perfect the casting for these.

I'm sitting here marathoning this and I literally came here to see if anyone made one of these! This is awesome!

blacknova84 said:
I'm sitting here marathoning this and I literally came here to see if anyone made one of these! This is awesome!
Click to expand...

Thanks! Not as much interest in this as I thought there would be in these, so thats slowed me down some. Should be back at this again soon!

Looking for the Space 1999 Commlock base