Kbuckne4 said:
Thank you for the links! That thread was helpful! I didn't know that about the Vol 1 props! I am still learning about all this stuff and it is fascinating. The hard work everyone puts in here is fantastic!
Click to expand...

Yeah, people on here really do deep-dives into the stuff they love and are happy to share what they have learned. It's a cool place ot hang out and get your nerd on. Keep us update with your progress.

Hello all! I’m new to the RPF and still trying to figure out how exactly to navigate it! I’ve heard nothing but good things about the community on here and how helpful everyone is! This is what I have so far for my Vol.2 Cosplay, it isn’t 100% there but we are working on it! I custom modified my EFX helmet to light up and weathered the jacket and pants myself, I was wondering if anyone could help me out with a real leather belt?

looking forward to chatting with you all!

I want to get the EFX helmet to wear but I'm worried it won't fit my head. Can you help me with any measurements of the inside ofbthe helmet or you head? It would be most appreciated, thanks

Solider said:
I want to get the EFX helmet to wear but I'm worried it won't fit my head. Can you help me with any measurements of the inside ofbthe helmet or you head? It would be most appreciated, thanks
Click to expand...

I can assure you it will fit, I’ve had to pad mine out to make it fit my head and my head is 23”. I used military helmet padding to fill it out and now it’s a perfect fit

How did you get the leds in the eye sockets?

Does anyone have any experience or opinion on this jacket as a place to start for a Vol 1. short jacket? 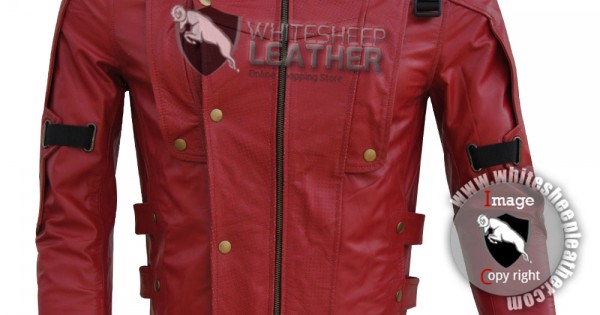 Guardians of the Galaxy Chris Pratt Star Lord Leather Jacket This jacket is made with 100 % genuine high Quality Cowhide Leather for our valuable customers. This is a must for people who love elegance and class. You will definitely look nice and warm in this jacket even it is the coldest winter d

This roguish jacket is made of a unique blend of genuine full-grain leather and a special printed cotton canvas custom dyed with a gradient of dark red to burnt orange. Featuring embossed designs on the sleeves, sleeve and side straps & vintage zipper

Couldn't find good Star Lord boots so I made my own. Along with gun holster pads.

Solider said:
Couldn't find good Star Lord boots so I made my own. Along with gun holster pads.
Click to expand...

Wow those look excellent! Solid job! Thanks for the link!

Solider said:
How did you get the leds in the eye sockets?
Click to expand...

I installed the lights myself it involved using a dremel, led strips and glue

I am wondering what " DARK GREY "color you guys used for your Starlord helmet? I just painted my Joahtrash Starlord helmet and the color is so wrong.. have to re-paint it.. and now searching for advices.. Used All-Clad II burnt metal.. (looks kind of purple-ish and too dark, also it is so matt..

I do apologize if I'm late to this, but I just joined this site, and figured that I felt my first post would make sense here.

Anyways, I've been planning a Star-Lord cosplay on and off since 2018. I finally managed to get the first piece: the trench coat. Decided to go with the Vol. 1 design, as I prefer that one over the Vol. 2 design.

Had to order it from Amazon though, as much as I don't really like the site. It arrived on Thursday, and it fits perfectly. Gotta break into it though, and it's faux leather, meaning I'll probably heat up quicker. In the pictures, I tried to hide my face as much as possible since I'm kinda nervous. Though, a friend of mine said I look like a younger Quill.

IMO it's fairly accurate to the real one, outside of the front straps (likely supposed to represent the slingbag straps?). Not really aiming for 100% accuracy, as this is just something I want to do for fun. 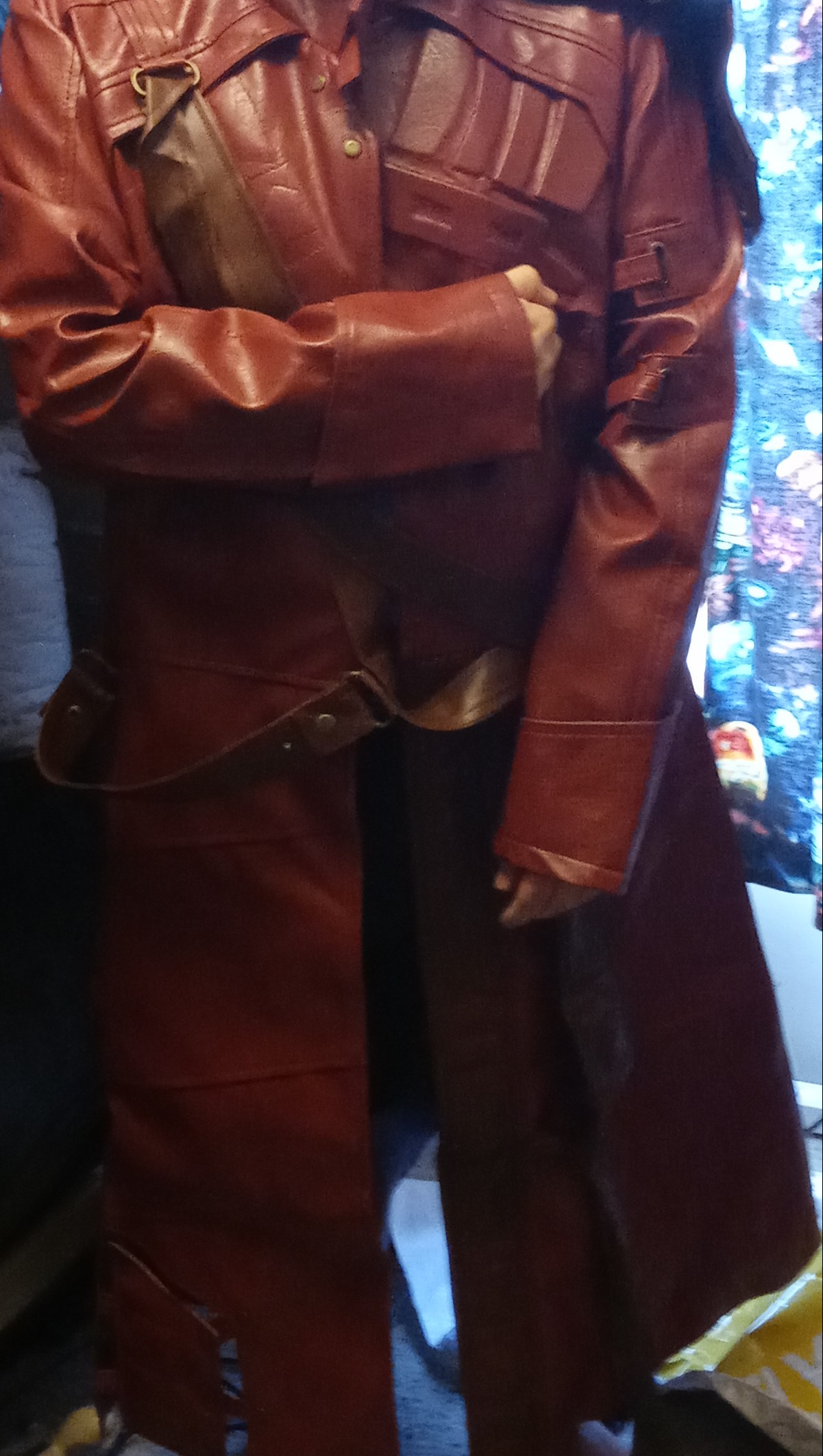 Later down the road I'm hoping to get some pants, gloves and boots for this. And the helmet. Might be a while though, but I feel it'll be worth it in the end.

So yeah, I'm glad to be here. And yes I'm wearing a Sonic shirt in the second picture

I'm going to install 2 fans in the efx helmet. In the bottom of the front there are 2 screens allowing air through. My question is should the fans suck air in to the helmet or blow air out the screens? 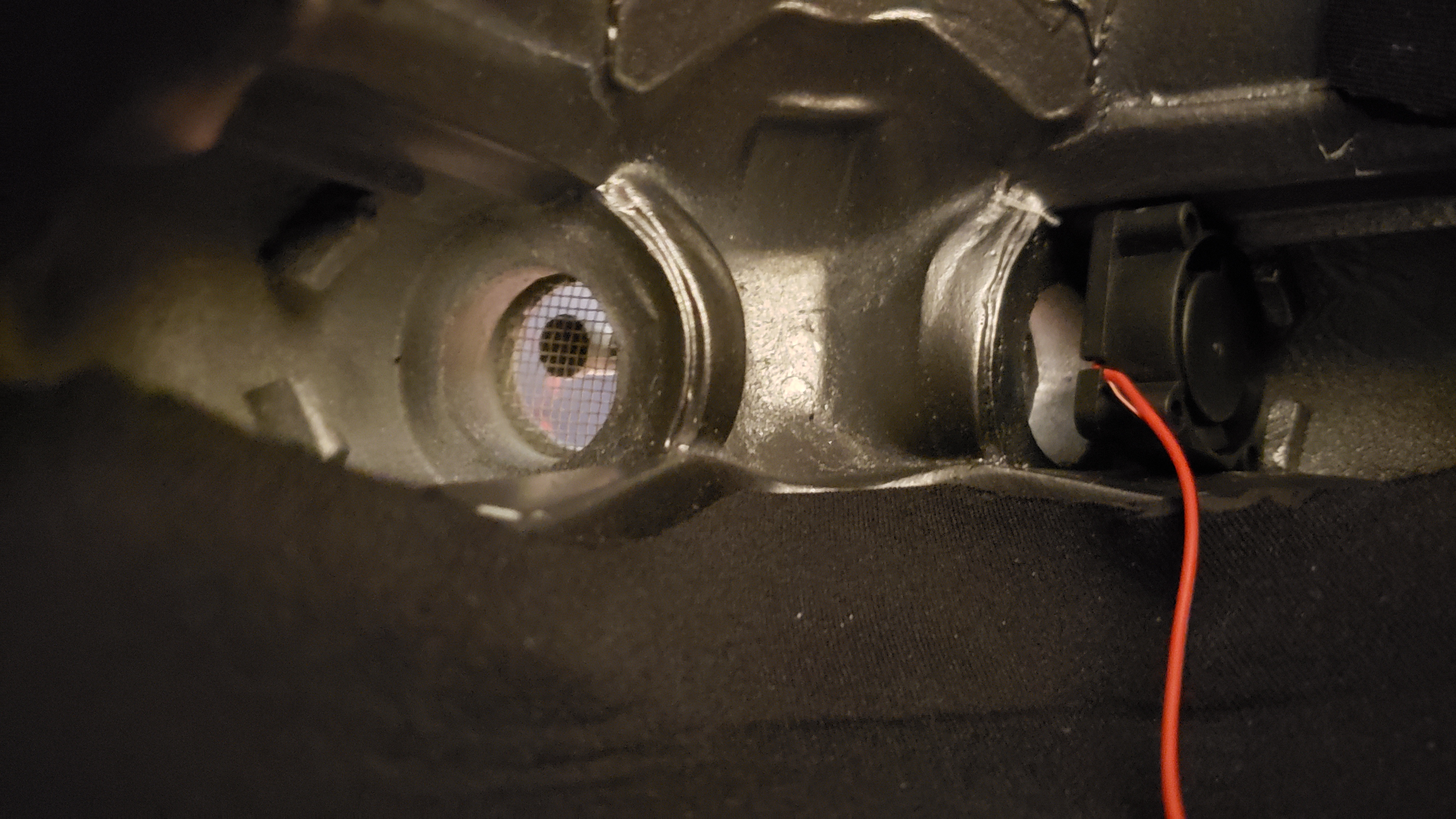 Solider said:
I'm going to install 2 fans in the efx helmet. In the bottom of the front there are 2 screens allowing air through. My question is should the fans suck air in to the helmet or blow air out the screens?
Click to expand...

Do one of each and you'll get some circulation.

Otherwise I'd probably push air INTO the helmet. The slight over-pressured cause will force out the hot air that's already inside though the top and bottom.

If anyone is looking to upgraded your Star-Lord helmet eye lenses, I'm learning a lot by trial and error. I found the EFX helmet uses cheap material for their lenses. The helmet was never meant to be worn. I've found the best options for crystal clear lenses and I'm trying different options for the blue filter. Im also almost done with making the EFX helmet easy to put on solo without help

Solider said:
How did you get the leds in the eye sockets?
Click to expand...

Did you ever sort this out? I also am wanting to mod the EFX helmet to add lights.

mluder said:
Did you ever sort this out? I also am wanting to mod the EFX helmet to add lights.
Click to expand...

I'll include pics and detail how. It wasn't that difficult. Replacing the lenses was inexpensive, extremely clear for max visibility, and you can order the size you need so no modification needed.

I wasted a lot of time and money attempting to get it to the quality I was shooting for. I can save a lot of time by explaining the best materials at low costs.

Im waiting on some pieces to be delivered so I don't have the project finished, but I know I finally got what is needed

Also Im 50% done with a modification to be able to put on and take off the helmet by yourself easily with out any help.

My lens replacement can work for any star lord helmets for anyone unhappy with their helmet lenses and lack of visibility. I would recommend you have a dremel tool. Around $60
Last edited: Oct 15, 2021

Im going to break this down in a few different posts. I tried gluing the leds without removing the socket. I got glue on the original lens that hurt visibility. I tried to clean it and removed the black lines. The blue lenses pop out easily. You can see the 2 glue points holding the sockets. I chipped away them carefully with a knife. I removed the outside domed lenses because they are not clear and cheap. The first pic is the original lenses. The blue is too dark and hard to see through. The next pic is my new lenses. You can see my wired sockets, the lenses are 39mm watch crystal. I'm going to reshape the blue sunglasses lenses to fit. I'm replacing the domed lense with 37mm domed watch crystal that on order. I chose these for max visibility and very inexpensive. The screens are cut from window screens. The rest ate pics of the helmet without the sockets. Im going to use hot glue to secure everything. I have a 70mm length and 1.5mm opening hot glue gun nozzle for precision control of applying the glue. T

For those who don't like the lense in their current helmet. The upgrade lenses are inexpensive and the watch crystal comes in many sizes so you can order the perfect fit for any star lord helmet. The blue sunglasses to reshape the blue lenses to size were $5.00 everything is extremely affordable.

Later, I'll post how I'm making the closing mechanics to be able to put on and take off the helmet easily with no help.

Lastly, this is my first time doing anything like this so I'm learning as I go. No previous experience. These are the best options in my opinion. I'll spare you all the things I tried that didn't work or wasn't the quality of clarity I wanted.

Can I get an opinion on something. I was toying with the idea of adding a clear coat on my helmet to give it protection and also a small shine to the metallic paint.
Last edited: Oct 18, 2021