Topic Title says it all... 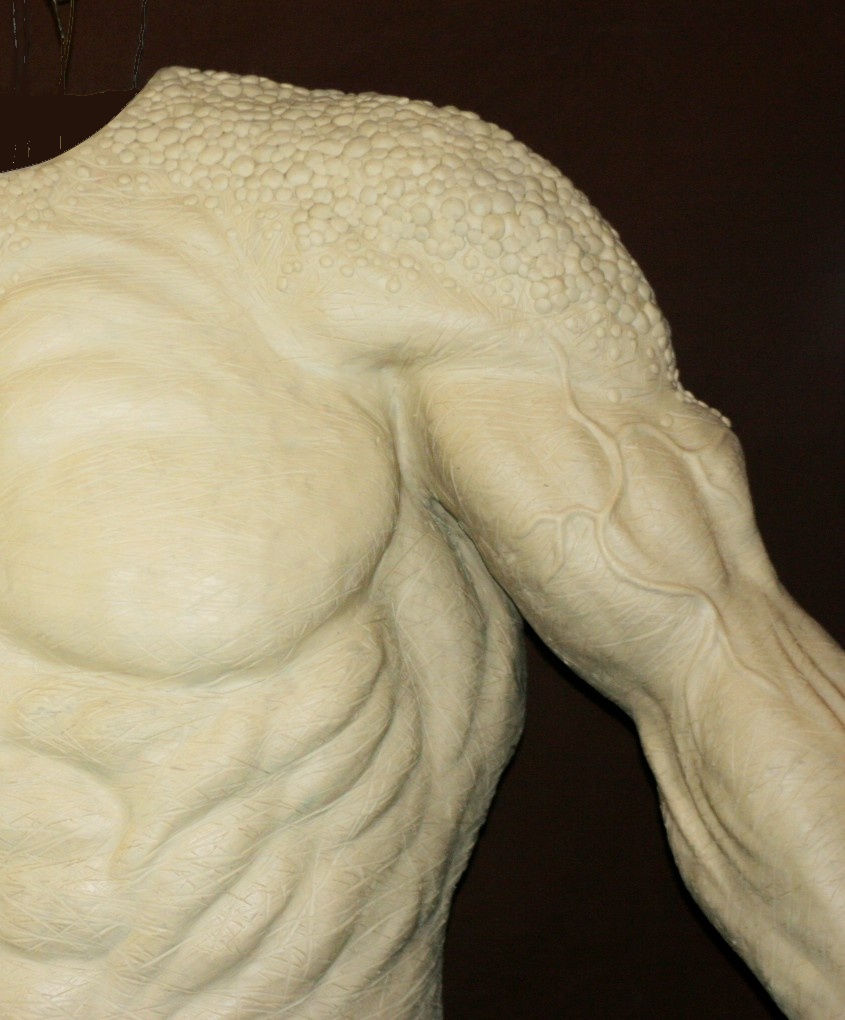 Damn Scott, that is really nice! Can't wait to see the entire skin!

iam likeing alot cant wait to see it all lol

Holy ingrown predator nail batman!!! how soon can we expect another update or the specs on this skin?
looks great scott

Incredible definition, I can't believe how well you matched my physique. You even got all my bacne Seriously though it looks awesome
U

I recognise those ribs hehe, or should i say ive SEA-n them before


about time we had another suit nice amendments scott.

roninpred said:
Holy ingrown predator nail batman!!! how soon can we expect another update or the specs on this skin?
looks great scott
Click to expand...

Thanks all... Thanks to Gene for letting me borrow the PR bat suit to work with as an under-armiture. As for updates and specs...
It's all done and Dave (Elder One) is coming up next weekend to help me with the molding so we'll be rolling on it very soon. As for specs, it will be a bit bigger than Genes skins, especially on the top half and particularly around the mid-section, due to the way I had to build the back out because of the condition of the armiture. I know there are a handful of guys who can't fit into Genes so hopefully the extra sculpting area that I had to incorporate into the back and the addition of a zipper once cast will accommodate those too, but we'll have a better idea once we have one finished. Once molded, I'll be re-claying the top half to do a female version of the torso.

Since everyone likes the teaser, here's the rest 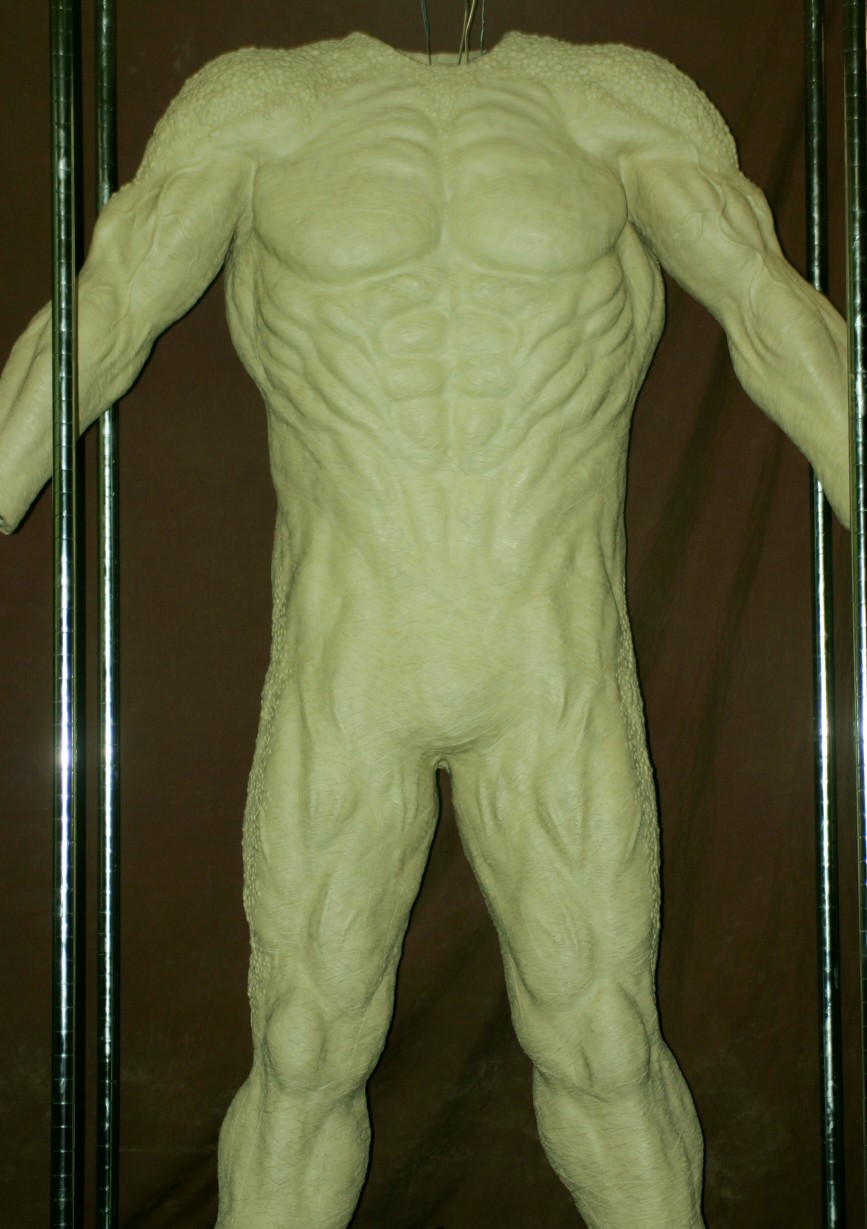 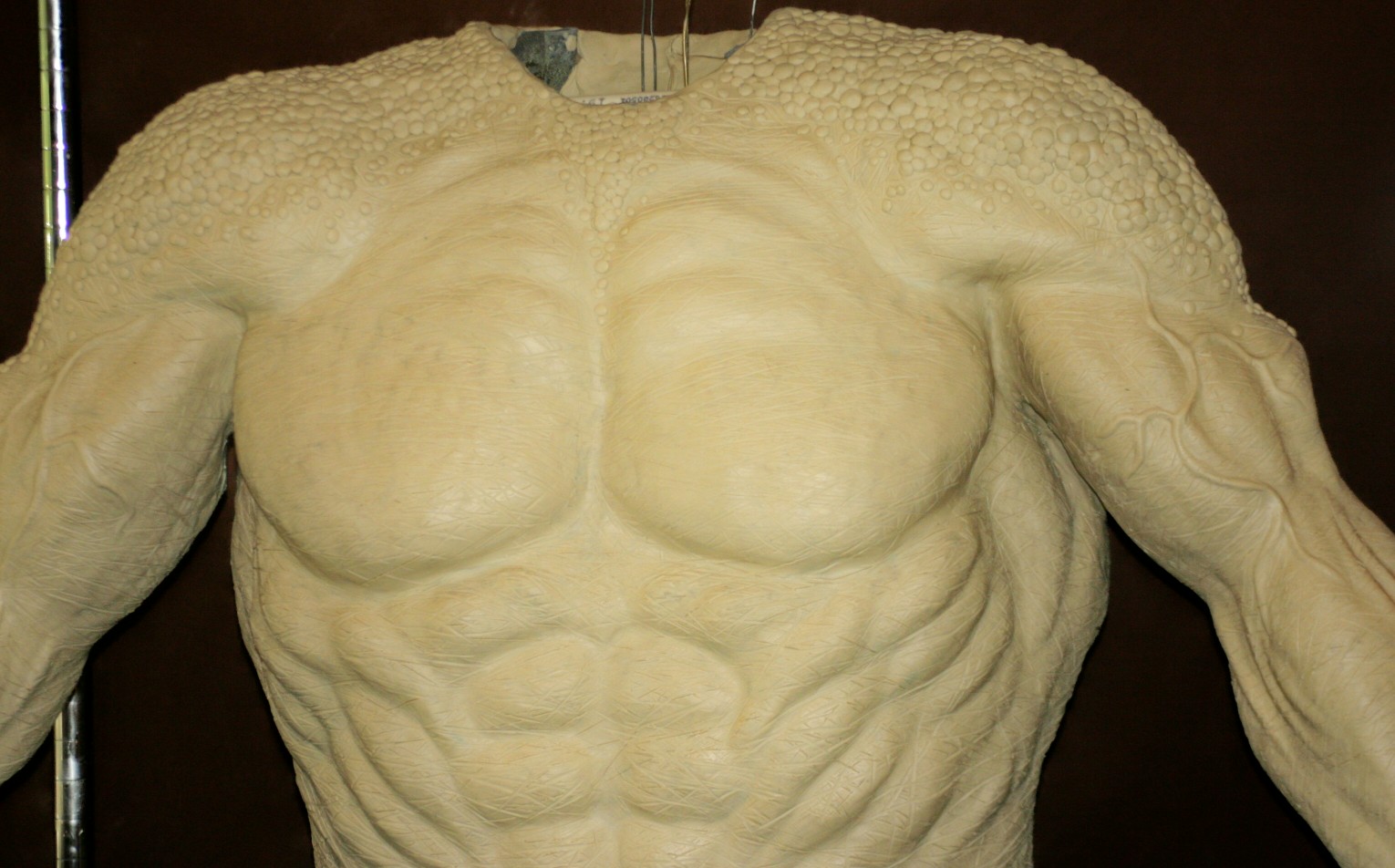 GL with the moulding, but watch ya backs fellas, gonna be a big mofo mould.

Usurper said:
GL with the moulding, but watch ya backs fellas, gonna be a big mofo mould.
Click to expand...

Great definition but real glad I'm not going to roll the mould with you.
Keep the updates coming.
C

Great work and the detail in the arm with the vains incredable, but let us see the rest now you have our attention.