Show your Dr. Who props!

Well worth the hour to watch or listen.

Wow, thanks for sharing DigiGal! And gor watching/listening to the PodKast! Glad you enjoyed it

RPF PREMIUM MEMBER
A father/daughter project: turning a Barbie into a Weeping Angel 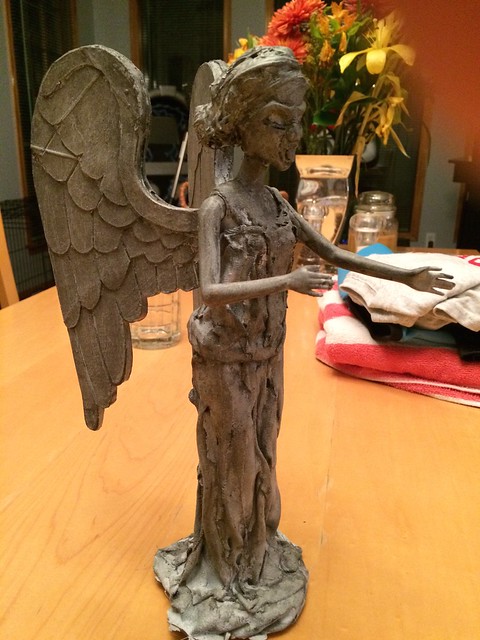 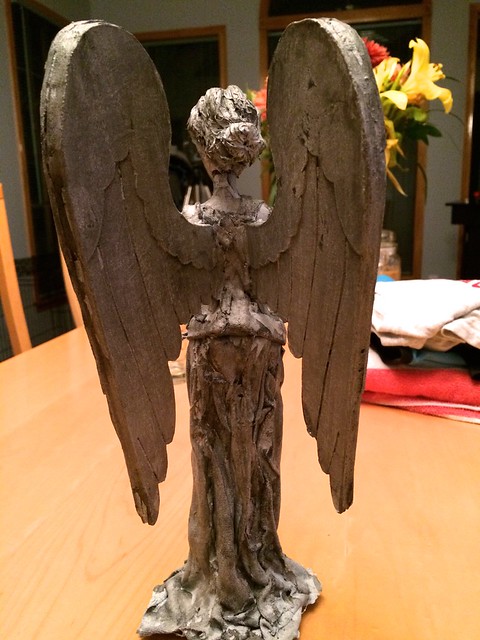 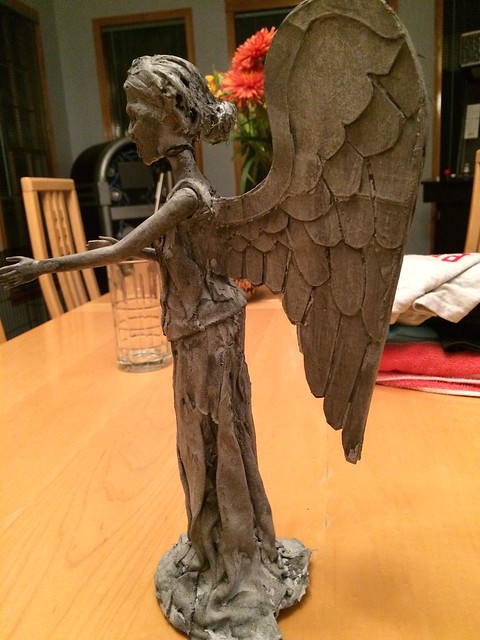 Agreed. I love it!

And I think it's far more important to teach young girls not to blink than it is to teach them about clothes and makeup...and not to mention the risk to a damaged body image. A weeping angels can only make her feel better about her appearance haha.
J

RPF PREMIUM MEMBER
I spent the last week making a touch lamp for a friend. The anchor lamp was old and rather beat up; found a Gardman bird feeder that had the proper top but it never shipped and I had to use one of the modern incorrect ones. Wanted the top to be metal since the lamp would generate heat and it's a conductive switch. She's using it as her bedside lamp now.

DigiGal said:
I posted this in Oblivions thread on his build of a sonic lipstick and thought it should go in this thread as well.

Here is a photo of my take on the sonic lipstick, pictured with my rubbertoe siege mode TARDIS replica.
http://i1041.photobucket.com/albums/b419/DigiGal_taper/BSG/file_zps4c771067.jpg
Click to expand...

Now that is beyond cool.

dirtyharriet said:
Now that is beyond cool.
Click to expand...

Thanks, it's not an exact replica but I just happened to have had the exact same Estee Lauder lipstick used by production and once it was all used up decided to make a replica of Sarah Jane's sonic lipstick to add to my Doctor Who items. Sarah Jane was always a favorite classic series doctor companion for me.

Got the Magnoli Clothiers War Doctor bandolier in on Christmas Eve. Seen here with their scarf, RB Replicas sonic screwdriver - with working light - and a custom TARDIS key I made to go with the War Doctor's look.

13doctorwho said:
I like the compass. I think it needs to be a TARDIS Locator. They've been brought up in various episodes of the classic series. Episodes like "Spearhead From Space" (there was a locator in third Doctors divers watch), "The Visitation", "Mawdryn Undead", ETC. I would change the face to look like Gallifreyan text. Very cool prop.
Click to expand...

You have any screencaps of the prop, or some video to get caps from?
F

I still feal it's a little small.

Terrasolo said:
Got the Magnoli Clothiers War Doctor bandolier in on Christmas Eve. Seen here with their scarf, RB Replicas sonic screwdriver - with working light - and a custom TARDIS key I made to go with the War Doctor's look.

I LOVE this photo.

Have a look at the Recycled Tardis Jukebox's new interior...

RPF PREMIUM MEMBER
What a trip !

My first post here, but I've recently started collecting a few props here and there and hope to build a collection. The first thing to show off is my new Season 12 scarf in Aran weight wool:

It's the third scarf my Gran has made me, and as you can see is still a work in progress, however since this photo was taken she's gotten well into the second half of it. The first scarf she made me was about five years ago, we sourced the wool locally and cheaply, and I wasn't exactly patient when it came to picking out the colours, and so the brown was way too dark, the grey turned out a rich blue, and I was never truly happy. The second was a shortened approximation of a Season 18, again I rushed the colours and they weren't right, and my Gran deciding she "didn't like the pattern" :facepalm:lol on the Season 18 meant it ended up being pretty off and not really in any way accurate. So before Christmas I went online and with some help on the 'Stitches in Time' Facebook costuming page I bought the colours, this time in proper aran wool rather than cheaper acrylic, and she set to work.
I'm really pleased with the colours even if the yellow is a little desaturated, however they all look lovely in strong light and I think the grey is a lovely match. Below are the colours used and the brand from here in the UK:

So it was in having the new scarf made, I decided to collect a few more things. I decided I really wanted a classic sonic screwdriver, and after taking a look at the toys, the Baker version would be almost £30 or $50 approx just to get here in the UK, and given that they aren't all that great, I decided I'd keep an eye out for something better. I did some reading up about 'Russ Replicas' and messaged him through Facebook and this morning secured a Baker sonic (not sure with or without sound) for £70 shipped. So I'll be posting some pictures of that when it eventually, and I can't wait!
Just wanted to say this thread has been a really enjoyable read, hats off in particular to Oblivion who has made so amazing things (not to say everyone else hasn't it's just I'm a classic series fan in particular). I'll be looking into getting a 'Mooncrest' TARDIS key soon assuming there'll be more Fourth Doctor versions available eventually arrives, but I'll also be interested in getting in on any group runs and that sort of thing, so I look forward to seeing more great props on here,

Thanks,
Jamie (my username isn't too imaginative I know...)

My son with our version of Handles, and of course 11. My first attempt at building a prop. He's not the prettiest thing...but he lights up and has a Bluetooth speaker buit into his head for a little music or conversation. I had intended that Handles play clips from the show on a loop, the kids thought it would be more fun for him to blast dance music.

The machine that goes ding....that really went ding. I attached a bike bell on the back that you could activate with your finger. BTW....not a good thing to throw into your carry on bag on an airplane. TSA...did not like it at all.