Hey all; long time no see. For as much as my participation on here has admittedly waned, I just can't keep away. At this point, though, I've become a professional craftsman, thanks in no small part to learning so much here. By day I do interior work on aircraft, and by night I sew and do leatherwork.

With that, here's my journey into Jack Sparrow's baldric. Last year I found a whole leather hide on Ebay with the right paisley (Old World) pattern, but it was 1) the wrong color, and 2) obviously left a lot of leftover leather after I cut out one for myself. The kittens were a bonus. 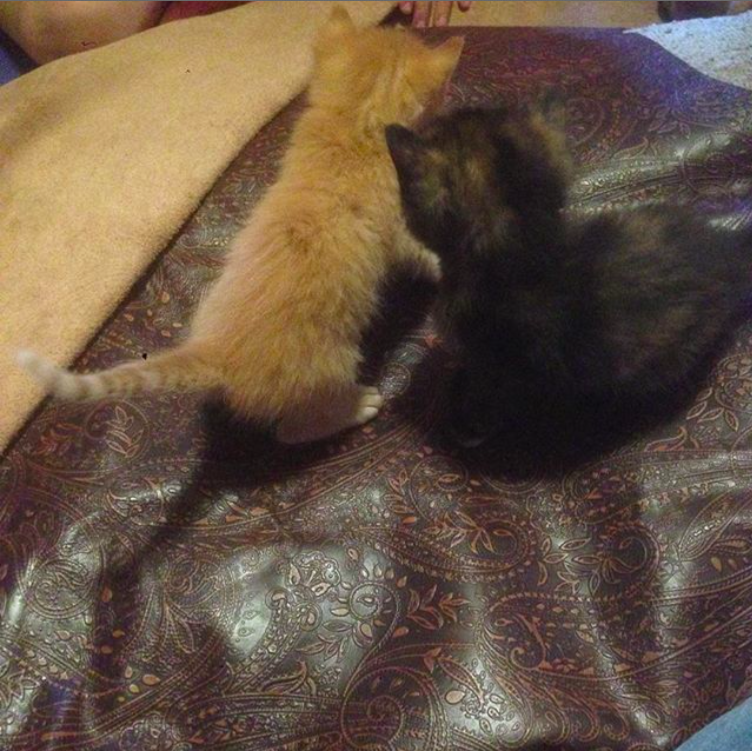 So, after I cut out the pieces for my own baldric and made some very careful pattern placing, I had fifteen (!) baldrics cut out. I wasn't entirely happy with the patterns available from The Brethren Court and JackSparrowCostuming, so I ended up drafting my own.

Cue Eco-Flo Waterstains from Tandy Leather. If ANYONE is at their last resort to re-dye leather, I would wholeheartedly recommend Waterstains (and I'll prove that in later project threads). Wide range of colors for mixing, no need for sealing or finishing, and they don't leave a high gloss (vinyl-esque) appearance. 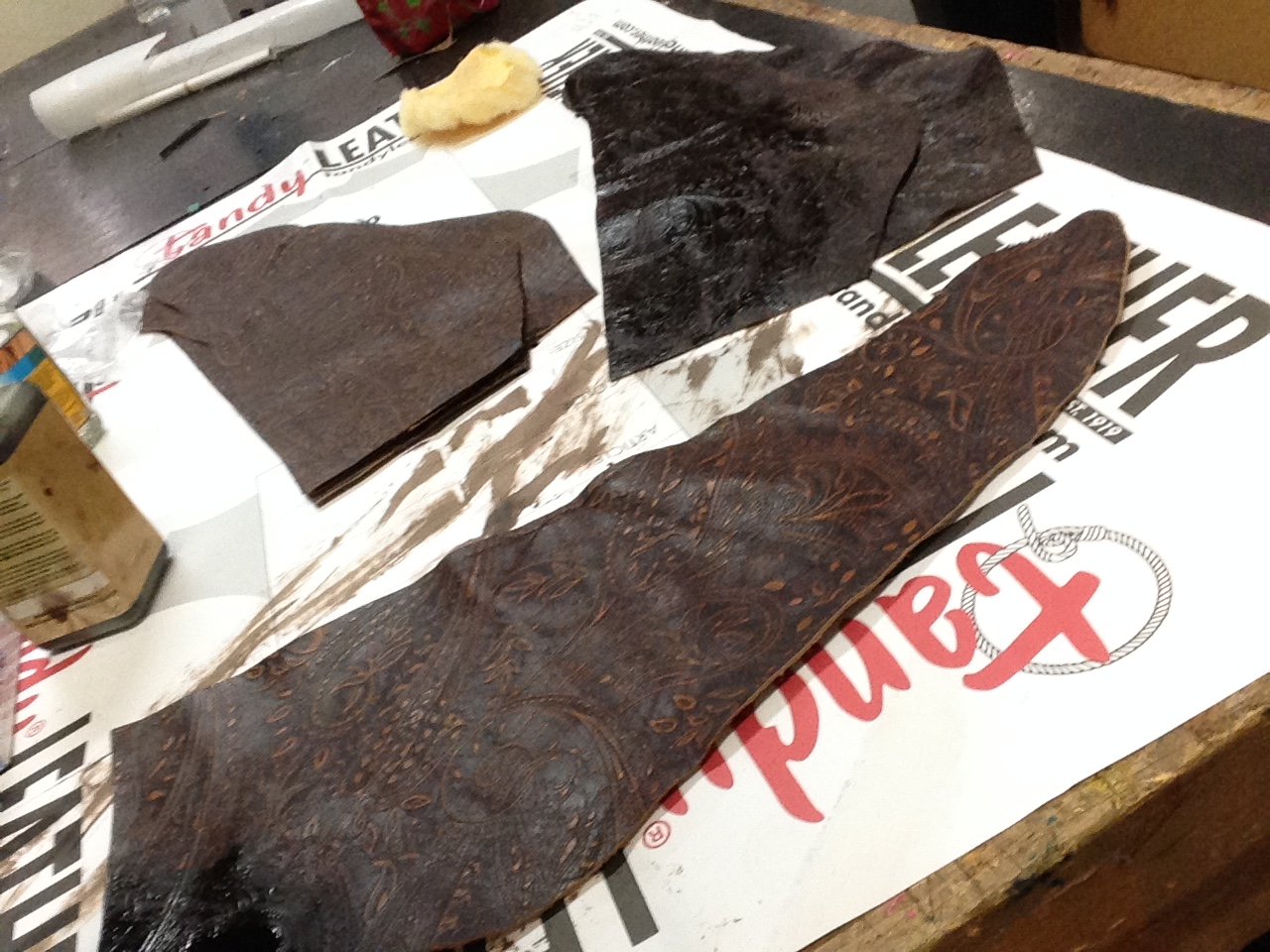 One quick scrub with acetone to take off the original seal, followed by two coats of Dark Brown Waterstain, and the rapidly growing stack of leather was a lovely, weathered brown. For the edging/piping, I bought a few maple chrome-free pigskins (also from Tandy), cut them into 2" strips that were Barged into a 70' long piece (yup, 70 feet) and gave that two coats of Waterstain, no acetone required.

After sewing and binding: 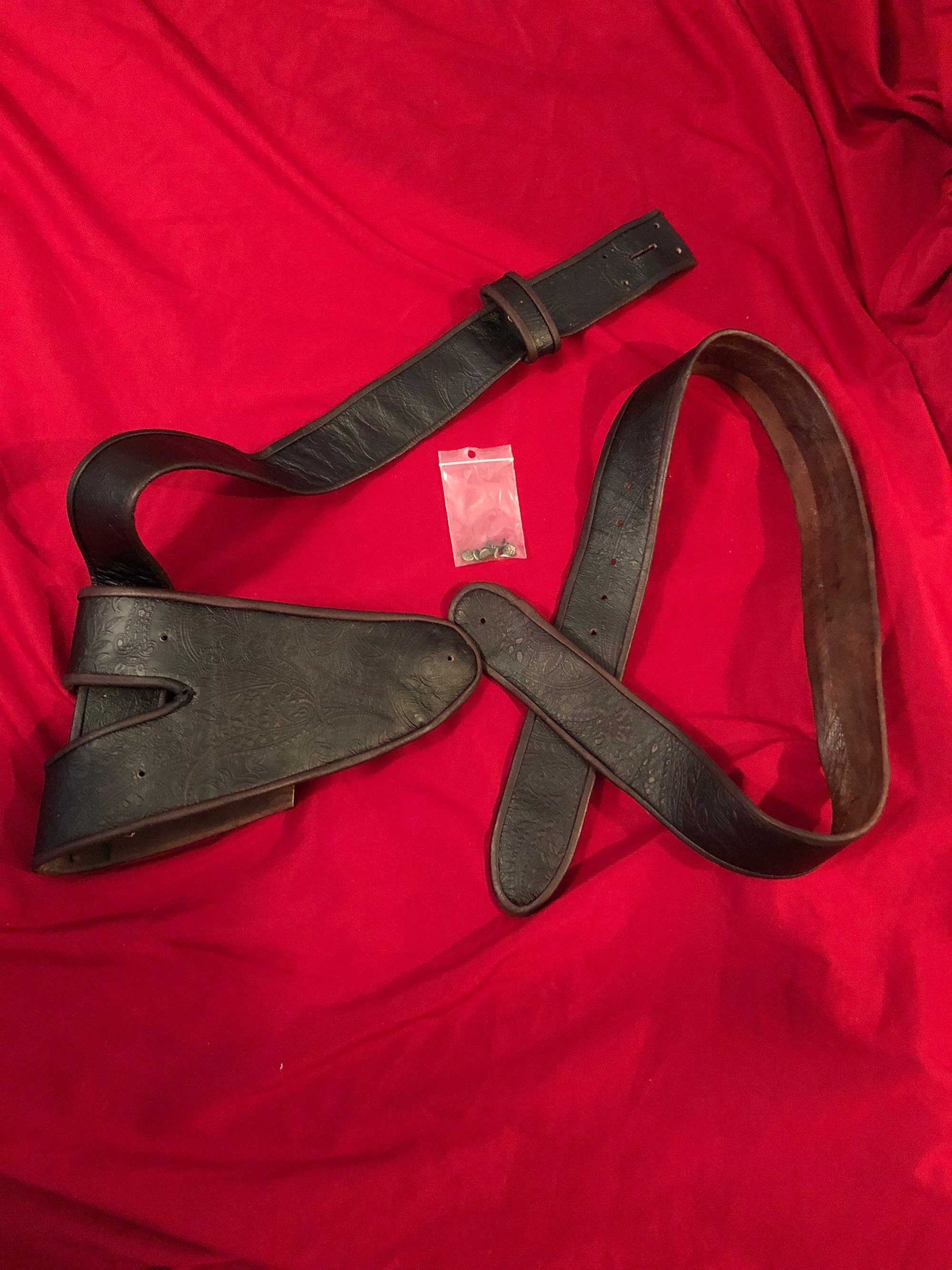 I also cannot recommend enough rolling your edges and seams for a finishing step. The pigskin really adheres to all the corners and round edges without warping the overall shape of the main billet.

The first few baldrics ended up selling pretty quick at Halloween, but I threw a completed one on my mannequin, and the rest of the hardware-less billets on Etsy. 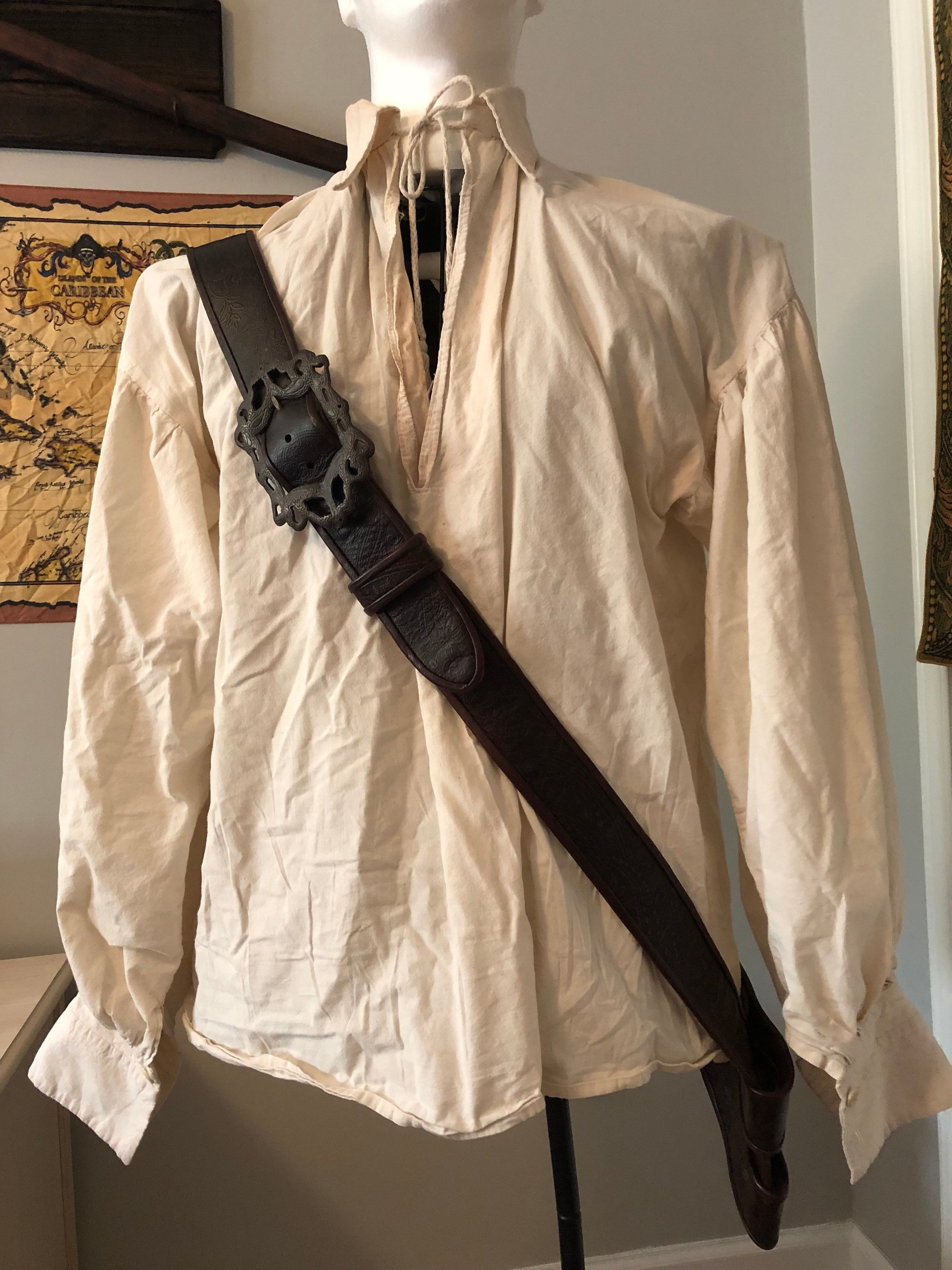 Thanks for reading. Any questions about the process, I'm happy to answer. My next costume also uses a *lot* of Waterstain experiments (hint: it's Aragorn) but that's a story for another thread.

That turned out brilliantly dude! I agree on the pigskin binding, I've made 2 with pigskin edges and it gives such perfect curves around the details.

Varok Saurfang (My hubris finally got the better of me)