Hey guys! Um I have no idea how to start this so I'll just jump right in.

I'm working on a Mera costume!

I love her and Aquaman to bits, and she is severely under-represented so I have vowed to make her mine. I've been writing up posts as I go with the costume planning and stuff over on my costuming blog, but I figured I should probably share it here because you guys are smart n stuff

I decided to do the New 52 incarnation of Mera, even though her suit is basically the same as in Brightest Day, I'm just really digging the M on her crown :3 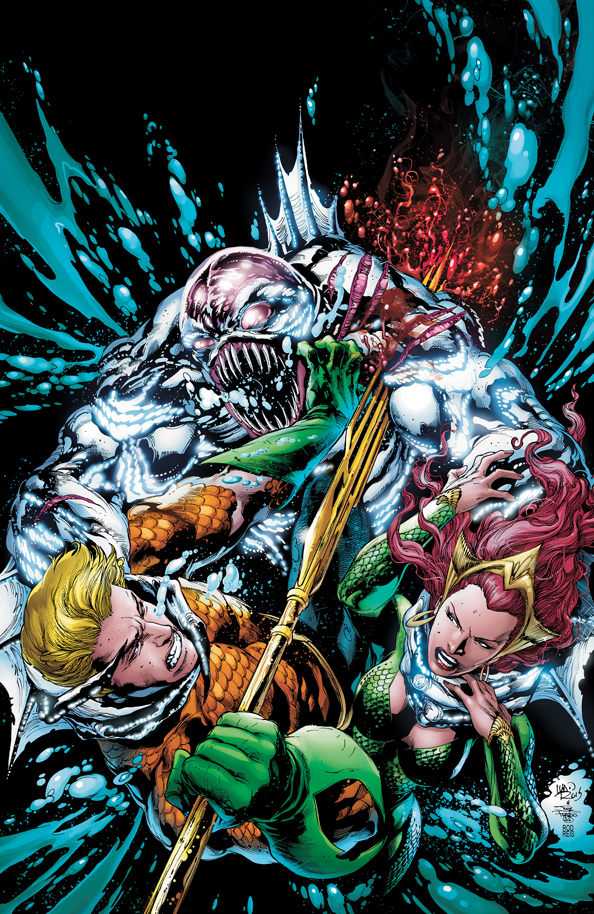 Supanova is in a few weeks, which is what I'm getting this costume ready for. It's not perfect the way I wanted it, but it will do for Supanova and then afterwards I will have more time to make a better suit and work on a proper crown.

First thing I could do was buy a wig. I like it [my real hair is black + turquoise and half my head is shaved, so yeh, needed a wig] 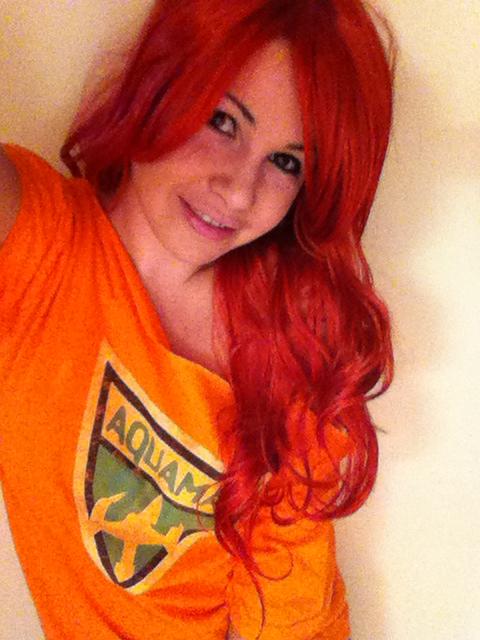 It totally works although the fringe bit is irritating. I may have to style and snip bits. Maybe.

The worst adventure was the fabric. Could not find ANYTHING I wanted anywhere. Nowhere local had it, and online was even worse.

I thought I would get this fabric 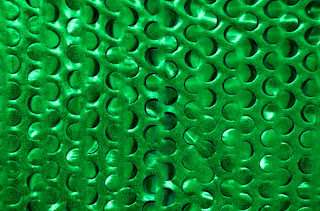 and then line it with this, 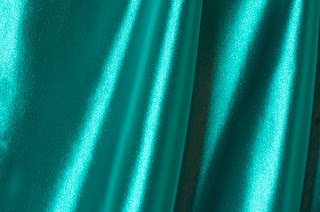 but the cost to ship it to me was more than the fabric. I'm probably still going to buy it, after Supanova, because I think it would work REALLY well.

I found this zentai suit [they seriously weird me out] with scales on it. It's a bit cartoony but I ended up buying it. It cost less than half the price of the fabric alone that I was going to get, and it was free shipping.

It arrived yesterday, so I tried it on. Oh man. So hilarious and terrifying at the same time! I'm not a big person, but I had to order size XL. So good for self-esteem yo!

I didn't have the hood done up properly, it looks even more hilarious when it's on right. I'm going to take the suit in to be a bit more flattering on me, obviously cut off the hood and hands and make it a Mera suit rather than a strange scaly suit.

Today I'm working on the crown. Which is so frustrating. I wanted to get brass sheets and do a nice proper crown but I'm running out of time and the only place that I can get them is on eBay, so I'm settling for ideas that make me less impressed.

I bought some gold card today, it's pretty reflective, it will look okay, but not perfect [which is what I want :/]. I also bought some craft foam things to spray paint with some gold-plated spray paint I bought. We'll see how they go.

I worked on the template today, since Aquaman #2 isn't out I'm relying on Ivan Reis sketches [Thank you Aquaman Shrine!] and whatever previews of the next Aquaman issues I can get [I have a few ] since in the first Aquaman she's only wearing a green dressing gown. lol.

I did a few templates but I finally have something that is a bit better. I've cut it down again since the picture here, where that black line is I drew. So there! That's what I have and what I'm doing! Let me know what you think.


PS. I'll be making my son this 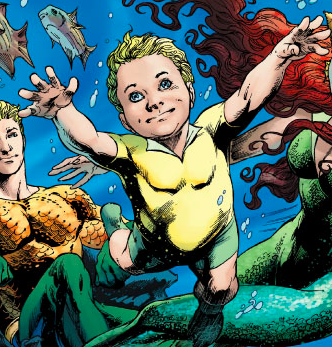 Aquababy ahoy! Just makes me feel anxious to dress my kid up as a character that has been murdered :/
U

Rawr guess who i am, spank spank!

I am stoked to see this. Keep us updated

So, so, SO excited to see this. Aquaman is one of my favorite titles from the New 52. There have been a lot of great Mera costumes done in the past, but this one should be awesome. Looking forward to it.

Hey guys! Well I finished the suit, but the crown really irritated me, so I'm contemplating getting it custom made. I found a really clever person who makes them from resin so that's the kind of thing I wanted. Anyway I was all set to wear the costume I had for Supanova in November last year BUT I got knocked up again ^_^ Hah. Anway this November I'm gearing up to wear it for the first time {because the baby is out now}. Here's some snaps I took before I fell pregnant. I'll have to take it in because I've lost a tonne of weight since before I was pregnant and my chest has... grown. So the alterations should be interesting. I made the crown here out of gold card and then made the little raised bits out of polymer clay and spray painted it gold. It looked okay, but I wanted it to look better, which is why I'm going to get someone who knows what they are doing make it for me ^_^ Also the clay cracked in the centre of the M which made me want to cry.

I'd looked into making it from brass sheeting but I could not find any of that here before Supanova last year. I might look into again but to be honest I threw so many tantrums over the dang crown I don't want to deal with it again aha. My real hair is pretty long now, so I might dye it red and ditch the wig. Although I'm not sure Mera has an undercut haah. The wig is pretty spot on I feel!

I had little cuffs to match the crown as well, from the gold cardboard. But again I want something more real looking. I'm looking into getting some proper jewellery made. I happened to have the perfect pair of earrings already, I just spraypainted them gold but I don't have a pic of them right now.

I adore the suit...after you altered it LOL! Fishy zentai suit...mmmmm..

This already looks fantastic! Mera and Aqua man have been on my list for years...hope to get this done one day! You're knocking it out of the park!

I am putting these smilies thru their paces!

This already looks fantastic! Mera and Aqua man have been on my list for years...hope to get this done one day! You're knocking it out of the park!
Click to expand...

Weee thanks! Yeh the zentai suit really creeped me out. And it was claustrophobic!

Hey I think your crown was very innovative,adnpretty much spot on. I also think the lycra suit is alot easier pick. Good luck and great work, look forwrd to seeing the final finished outfit.

Just curious.... How did you cut off the hood if the zipper was there? That is my current problem.