Well I'm stuck. I want to make my own lenses for a pair of goggles for a
prop display I have been trying to get started for about a year and I have now found the time to
do... and one of the key points is a custom made set of round lense eye goggles
sort of like the ones tom cruise has in MI:III but not leather

Try visiting your local optician/optical shop. I'm sure they can have the lenses mirrored for you.

Not round, but here's a few links for red lenses.. Maybe you could find some round red filters for photography/cameras and mirror those...

the issue with alot of the production glasses are they are still rather opaque, which turns them a more orange hue as well as lets you see your eyes behind them

my hope is to be able to have it uber deep red and that you can't see eyes behind it, from all the comic references of the character you never get to see his eyes

even if the end result is that the lenses cannot be seen thru it would be ok for my static prop, and then if I tried to wear this costume to DC this year I would need to swap them out for less red I guess

local optics shop...... now there is a thought

as for the redglass mirror-ing, I thought about tinting them with a mirror tint for auto's but that would leave them either silvered or pink at best

need to find someone with indepth knowledge on the process

research sofar turns up this basic description of the process

See-Thru Acrylic Mirror
See-Thru mirror, or two-way mirror, is a semi-transparent film of aluminum deposited on an acrylic or polycarbonate substrate, which allows a percentage of incident light to pass through while reflecting the remainder. Used in department stores, retail outlets, correction institutions and casinos where monitoring and surveillance are required.

need to know how to do that~, without million dollar machines :lol 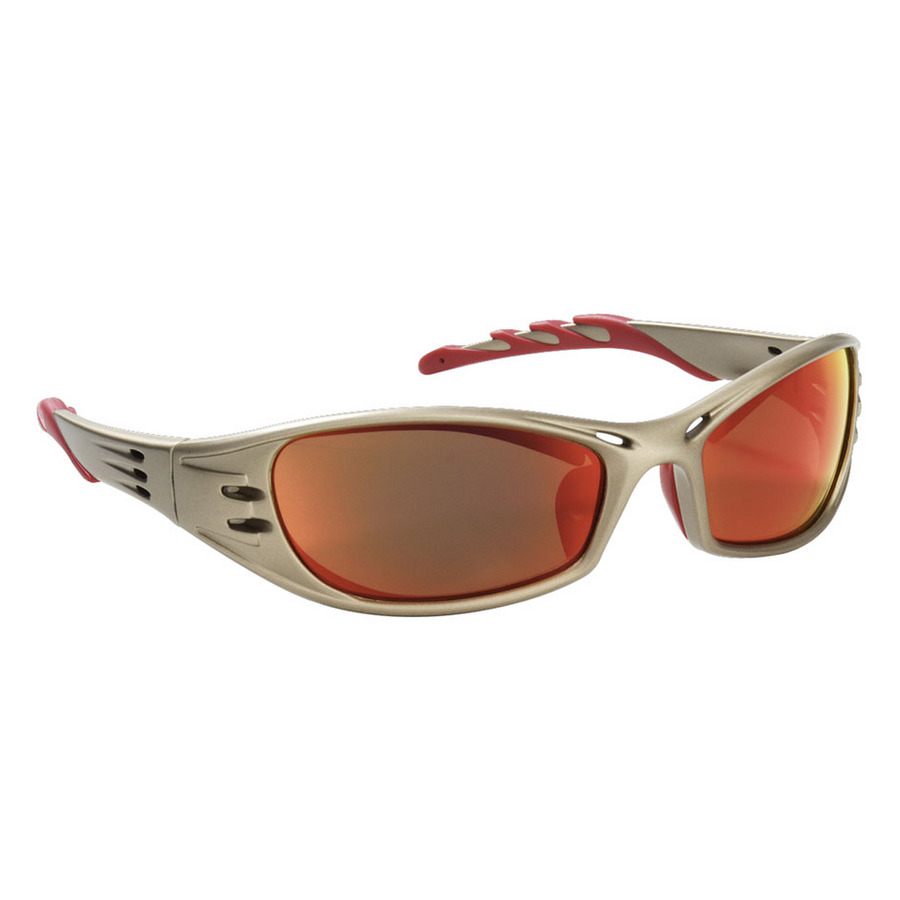 What about finding some silver mirrored lenses and then airbrushing a clear red on them????? might be the only way to get the deepness of the red the way you want it....

the red camera lenses will be to large

but it doesnt get you that deep color

in one of the new released pics of the XMEN Penny oakley lenses you can see they are red on the inside as well
as out, but the inside is regular red not mirror


but after searching the net it seems like red mirror is the hardest to do since it comes up as the rare-est
, lots of red-yellow or red-orange but very few red red lenses


but the opaque red shot over silver sounds interesting

Hehehe which is why my idea sounds pretty reasonable

Just a thought- If you are looking for round lense a dark red color you might want to check an army/navy store. I bought a army flashlight for camping that had several differnt colored filters in the bottom.. there was a red, which was pretty thin, yet dark, could be doubled? Check that out see if you can just buy the filters.


Oh yeah... If you double them- in the middle you could put a layer of mirrored auto tint. that should give a cool red mirrored look.

I used to own a Dullam/Causey Daredevil bust which had an effect similiar to that only it was not doubled, the interior of a red lense have been metalic finished to give it an effect very much similiar to the seen in the bar fight

I have though to do that as well

You can airbrush several layers of transparent red acrylic over the lenses until you get a deep enough color and then seal it with future floor wax. Or mix the color directly into the future floor wax and then spray it on to the lenses. FFW is a non distorting (crystal clear) acrylic wax that modelers have been using for years to protect the windshields of car/plane models. I use it all the time as a final layer before doing washes or before a layer that might mess up the previous layer.

Your best bet may be to mix the color in to the wax itself and then spray it on or dip the lenses (if removable).

thats an interesting add on to the previous red clear suggestion

here is a nice write up on FFW

THANKS, going to have to try this product

i think the process of "metalizing" lenses is way above most of us [see links] I think your best bet would be to find lense material, already the mirrorred red color, cut your round lenses out of that, then use a candy apple [clear] red over them, to boost the color. They will no longer be optically clear to wear, but should look very red and nice as a display piece.

Have you tried somewhere like a car window tinting place? I know they usually do just black, but I'm seeing some funky window tints on cars round my neighbourhood. Could be worth a try?

I have a pair of the ruby pennys...I don't know how they hold up under studio lighting, but in normal daylight conditions they're definitely dark enough to conceal your eyes from anyone who might be looking at you, especially if they had the shades around the side to block out light from behind the glasses.

easy, what you need is clear perspex or acrylic,

you can buy chrome window tinting film, apply that over the plastic then airbrush red glass paint over it.

the kind of paint that they use on stained glass windows.

that will give you mirrored red lenses that you can see through.
B

will practise on some cheap poncherelo glass