I’ve not done it, but I’ve heard of people cutting off the “tape” on the handle. It reveals a hollow space that people offer 3D printed inserts for.

Also a shadowed video of the pack can be seen here:

I've made a few modifications to mine. Repainted it (especially the 'wear'), replaced the Clippard valve with a more accurate resin copy of the real thing, added some detail to the clear emitter with aluminium tape and 'frosting', added real screws and bolts in a few places, made a modification to the interior that I found on YouTube so that the front 'barrel' can be rotated, and opened up the vents on the top of the body. I've kept it as the Afterlife version, so haven't done anything about the wooden grip or the tape wrapping (although I might replace the moulded tape with real tape at some point.

I was literally just scrolling comments to see if anyone had that answer, lol. It seems it would be ripe for modding, but I’m curious to what level.

RPF PREMIUM MEMBER
I added a real clippard valve to mine but it was a pain in the ass. Basically had to cut the old one off.

RPF PREMIUM MEMBER
Yes. I easily popped the Clippard valve on without having to open the wand. You can unscrew the piece. There are lock nuts inside that will rattle around. I used the ball Dremmel to drill into the same screw holes enough to then grab them with pincers. You do have to drill a larger center hole to fit an authentic Clippard Valve. It is much easier to get the lock nut out with that. Keep the oriantation of the drill site down so the lock nuts do not go rattling around elsewhere. If they do get lost inside, the second way of getting them out is to open the bottom wand clip part to get it out. I then used the original Clippard valve screws to attach the valve back on. Less that 20 minutes to do the mod.
I did have to open the bottom section by drilling out the four plastic tabs. It was tight for replacing the large silver knob by the heat sink as the retractable tube slides there. So you need a flush screw to not interfere with the retraction. To get the smaller knob above requires detaching all the electronics and tube section. On the other side, it is possible to use the mack's labs roller cranks and replace those as well. I also had to redril the Anovos pack clip to fit the Hasbro piece.
I found the top knob and smaller silver nob facing front to be accurate (1 mm difference) enough not to have to replace.
You can cut the plastic tape off and replace it with a regular handle, there are parts on Shapeways and on several hobby sites to do this. I left mine as It looks ok.
For the Banjo knobs, I expect the same issue as the Clippard, it has to be done carefully but can be done. Then use a larger screen accurate screw. I have not done that at this time.
The designer of the Hasbro wand did a youtube video where he talked about designing thr wand to be easily modded, something he hoped fans might try. The same philosophy is going into the pack. You can upgrade it with real parts, which makes it a super piece to get. The pack comes without the wand, and I have heard that they are looking to possibly make an original version wand in the future.
Last edited: Oct 27, 2021

RPF PREMIUM MEMBER
Anyone have a link for the livestream happening right now? Limit of 5 per customer. Have there been any recent reports of odd occurrences in your neighborhood? No, not the guy a few houses down that likes to mow his lawn at 4 a.m., wearing a bathrobe and a pair of tube socks pulled up to his knees. That’s just your neighbor, who falls more into the... 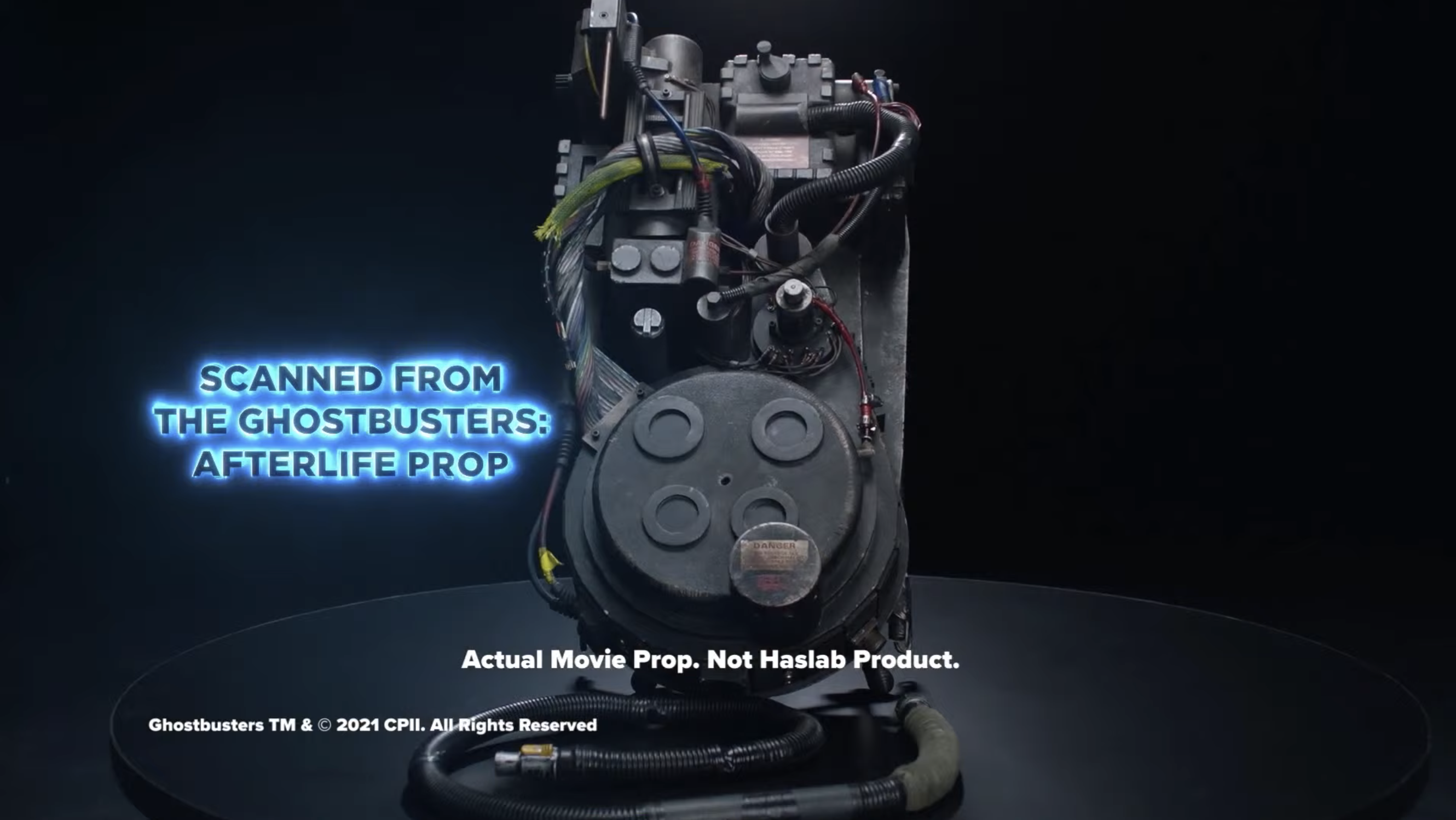 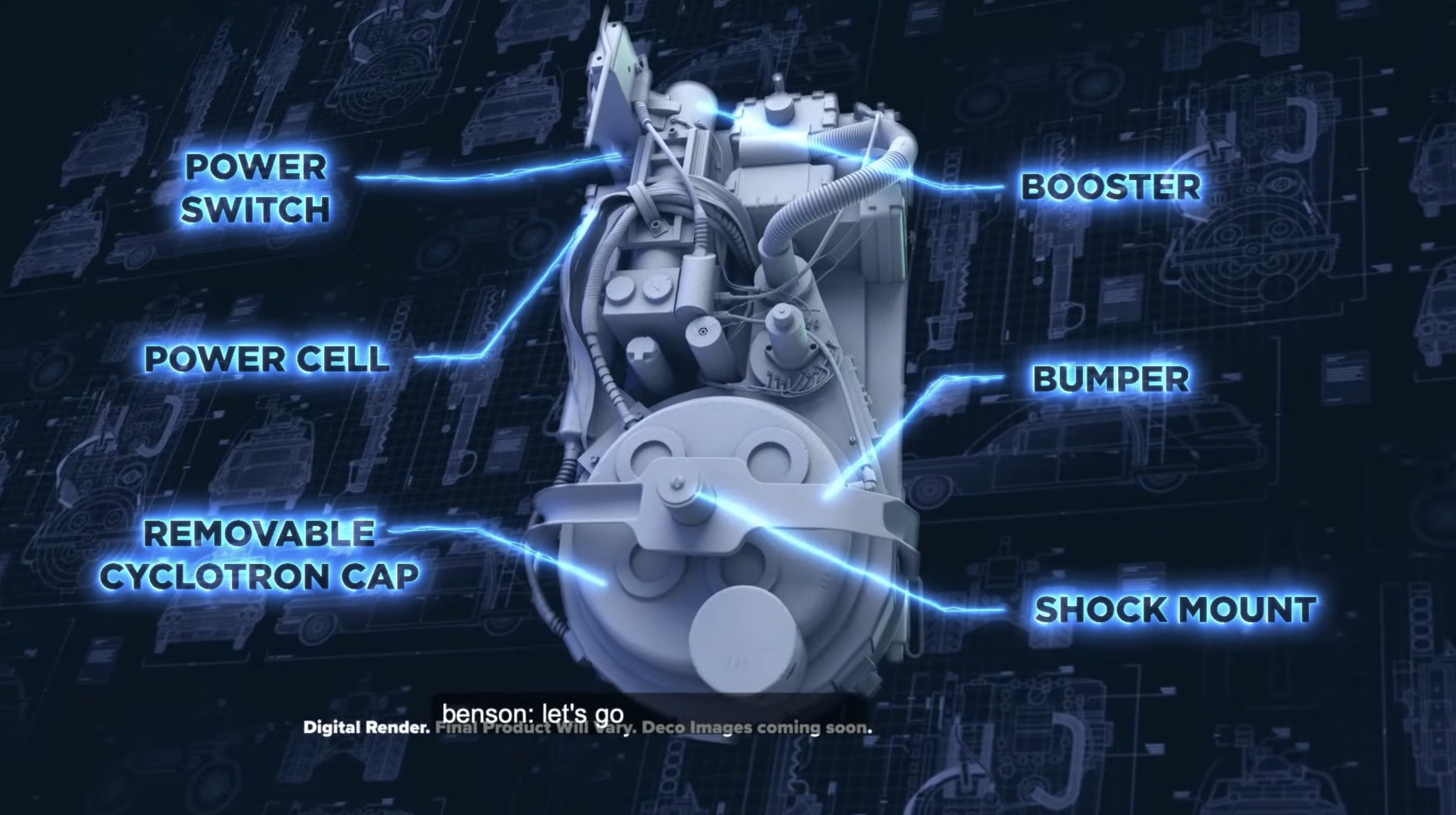 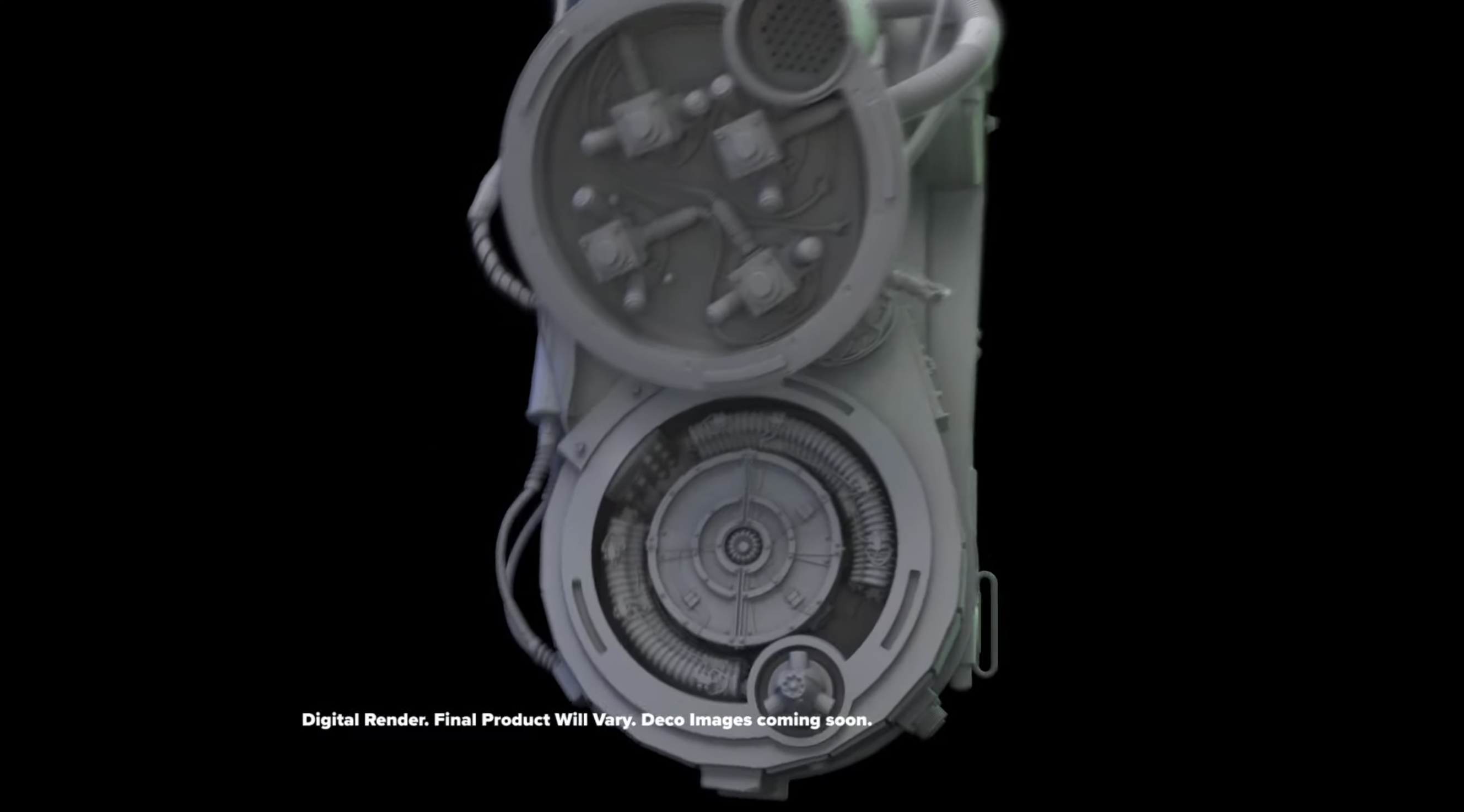 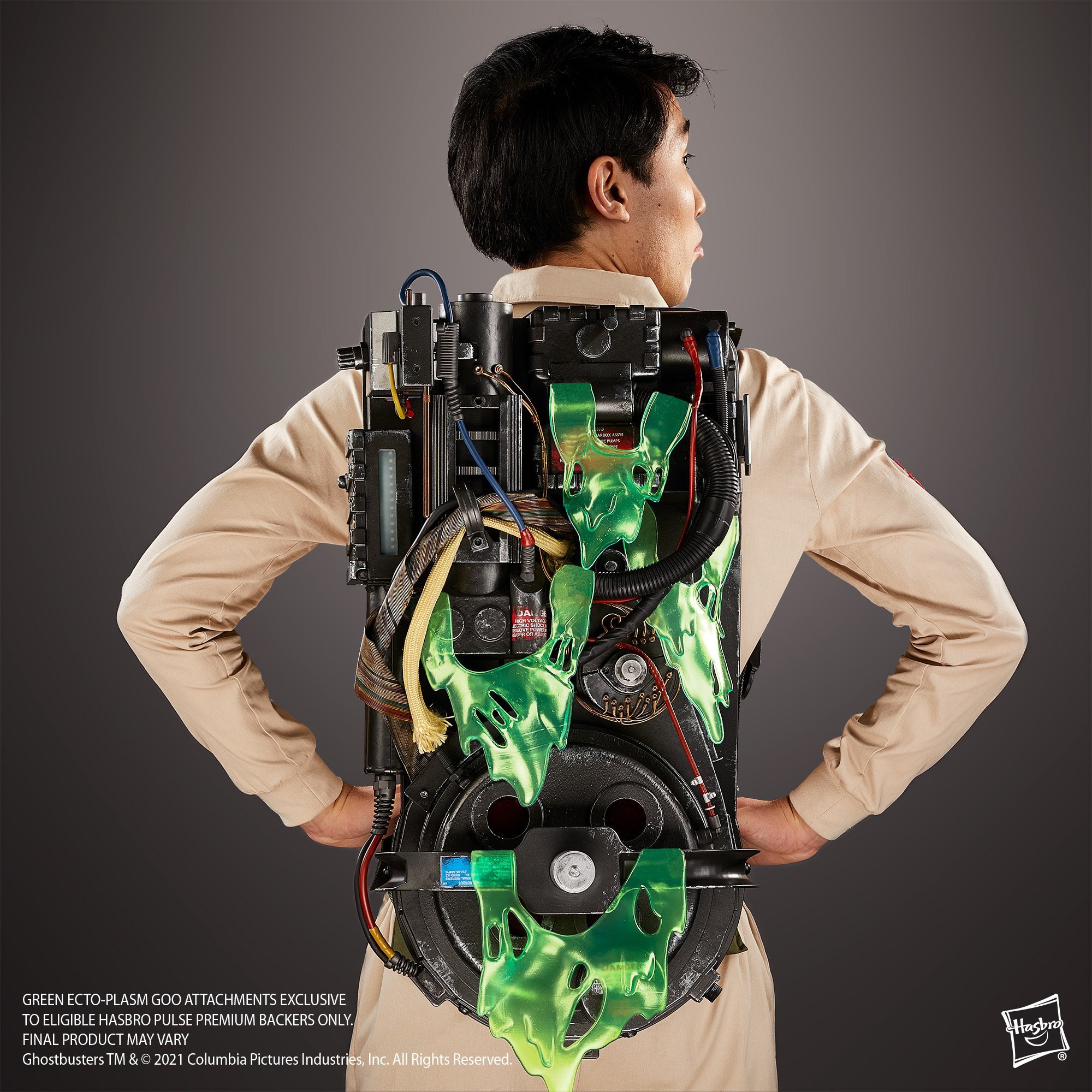 RPF PREMIUM MEMBER
cant tell if an Alice Pack could be attached to this... 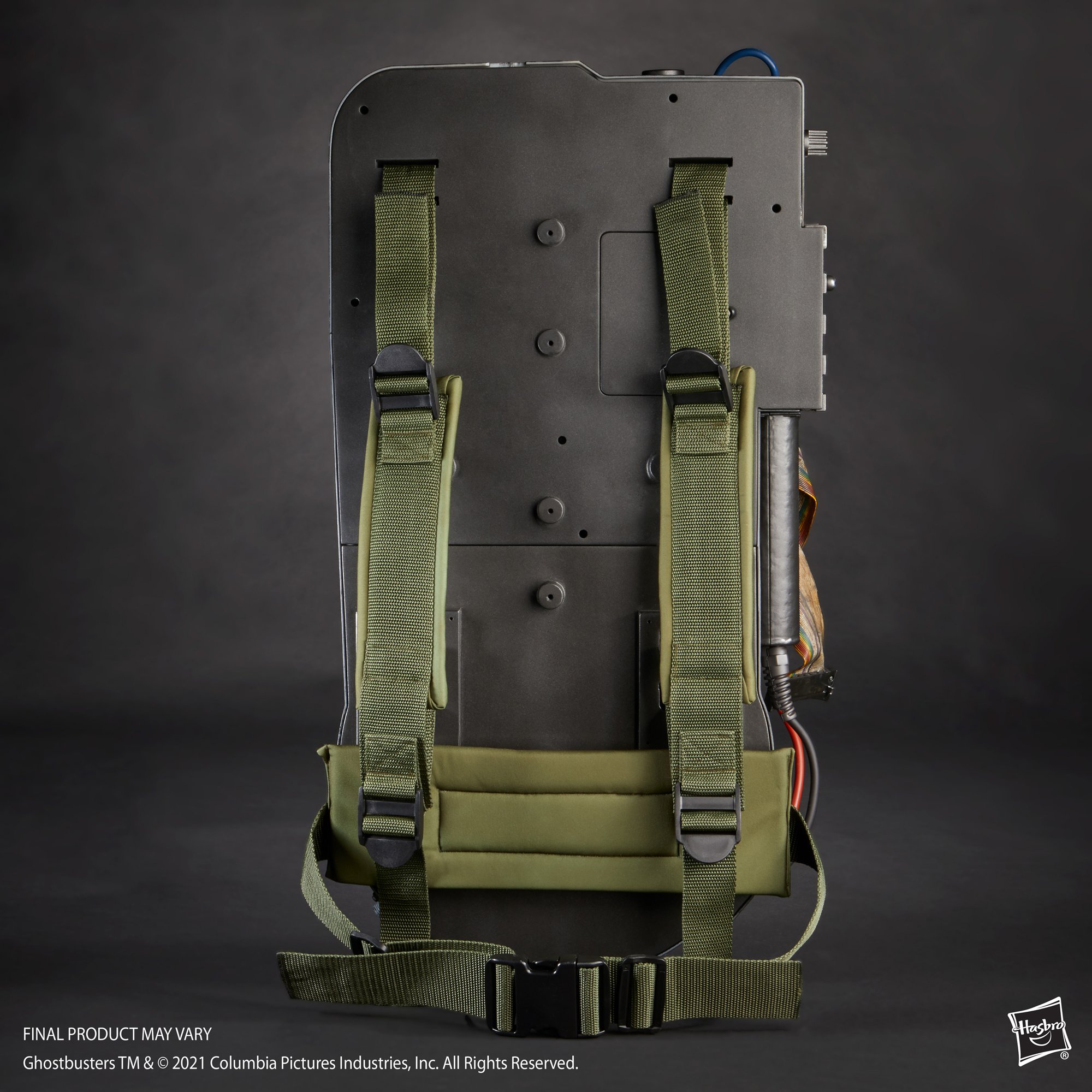 RPF PREMIUM MEMBER
It does look kind of small. Maybe a hair bigger than a Spirit Pack
Last edited: Oct 27, 2021

Sundowner said:
It does look kind of small. Maybe a hair bigger than a Spirit Pack
Click to expand...

It looks more to me like the guy is just wearing it low.

It could be the lack of a real ALICE as well, which could be why it looks like it's hanging a bit low on him.

RPF PREMIUM MEMBER
It looks like they included screw mounts for a frame. Could also be that one of the stretch goals includes a frame.

Not super impressed. A well researched purchase could get you the parts for a much more accurate kit at just a bit more cost and would include a wand.

Looks a bit to small to mod into a original pack, separate components look molded in and difficult to remove, and no attempt at an Alice frame. For $100 - $150. Would be a great thing to toss around but it’s just a bit much I think. Maybe I’ve just been looking at mine to long and the little things are standing out to much…

Did they scale it down after scanning the screen used pack? Or is the Afterlife pack supposed to be smaller seeing as its used by children in the movie?

RPF PREMIUM MEMBER
Looks fantastic for that price, regardless of it being undersized. The price really get's me, given what's included at the basic model range.

Conflicted on backing it, as I love my Anovos pack as it's weathered/built by me/for me. ugh, so tempting.

Synz314 said:
Did they scale it down after scanning the screen used pack? Or is the Afterlife pack supposed to be smaller seeing as its used by children in the movie?
Click to expand...

My wife asked me the exact same thing.