Graflex Variations: Facts and vs. Replica

I don't think I've seen such a long threading on a real one or this kind of a "step" between the threaded and non-threaded parts. But that's an observation based on 10-15 clamps. Here's the folmer clamp on my Obi replica compared to a inc flash: 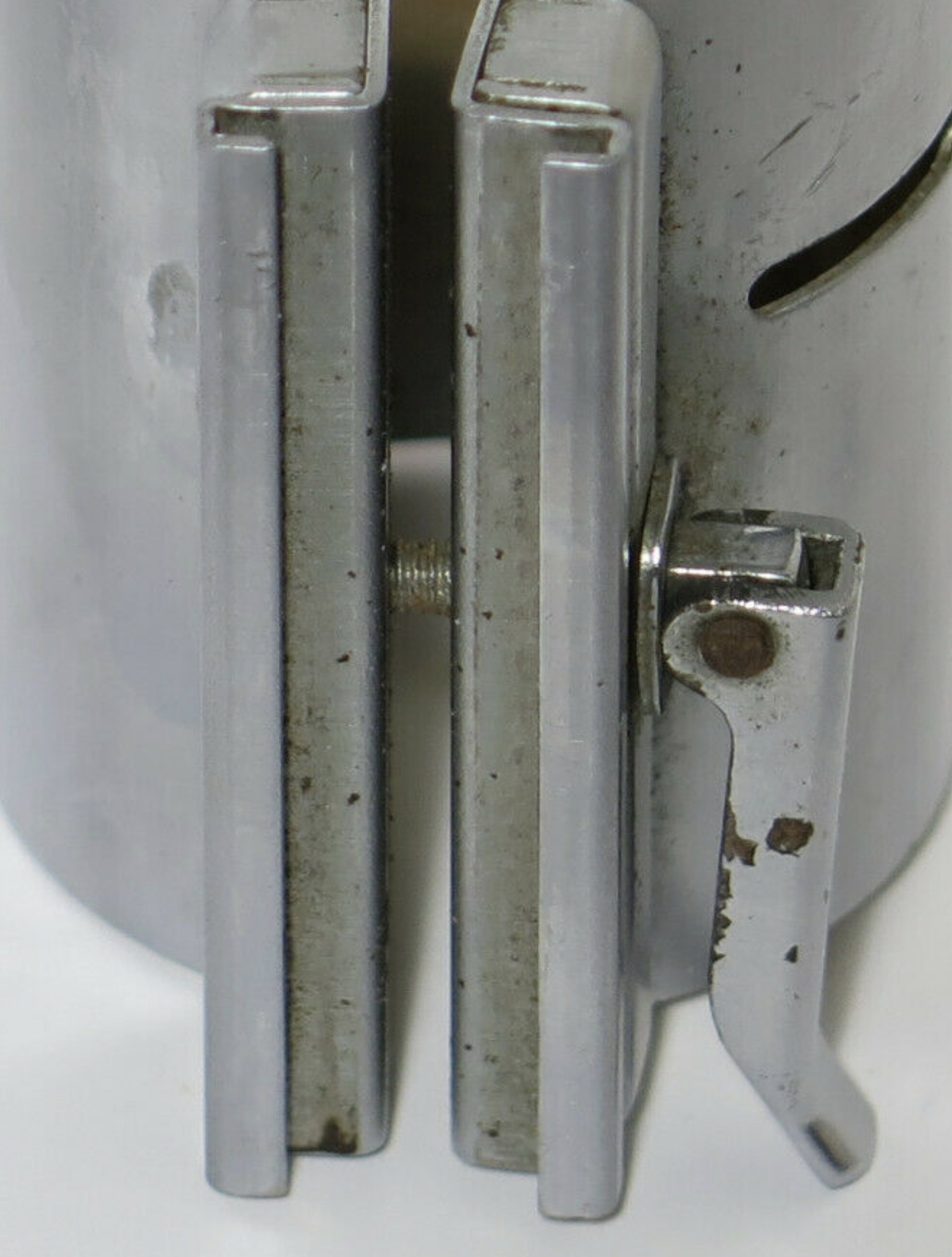 This is a vintage currently on ebay:
The bolt itself seems somewhat short but the threading begins just inside the neg. space of the clamp.... So that does indicate longer threadings are possible

BRRogers said:
View attachment 1433760
This is a vintage currently on ebay:
The bolt itself seems somewhat short but the threading begins just inside the neg. space of the clamp.... So that does indicate longer threadings are possible
Click to expand...

Ok, I'm not arguing that they don't exists, but this clamp is closed and when they are closed you only see the threading on many of them. I guess it depends to some extend on how much it is tightened though.

Edit: I just checked the re-assembled clamps from the picture above, and I have to correct myself - on some I can only see the threading, on some the non-threaded part still shows when closed ... but also some don't have the washer so it also plays a role how the lever is positioned when closed.
Last edited: Mar 6, 2021

BRRogers said:
View attachment 1433743
this is why I ask.
3 different REPLICAS all based on vintage pieces.
The top being the one of the most interest because I also consider it my most accurate replica for an ‘ANH era’ graflex (folmer patent)
Click to expand...

(Edit: I realized after I hit post that this question was about the threading.)

Bottom lever is the closest match in shape to all the vintages I have, Inc and Folmer both. I'm guessing the top is TGS? They have very squared-off levers that, as far as I know, aren't accurate to any real version.

When I decided to replace the peeling lever on my Pat. Folmer, I went through levers from several different suppliers (TGS, Romans, Parks via TCSS) and the Parks was far and away the most accurate, especially the shaping at the end of the lever. TGS and Romans are both too angular in cross-section, and too squared-off and/or flat at the tip. 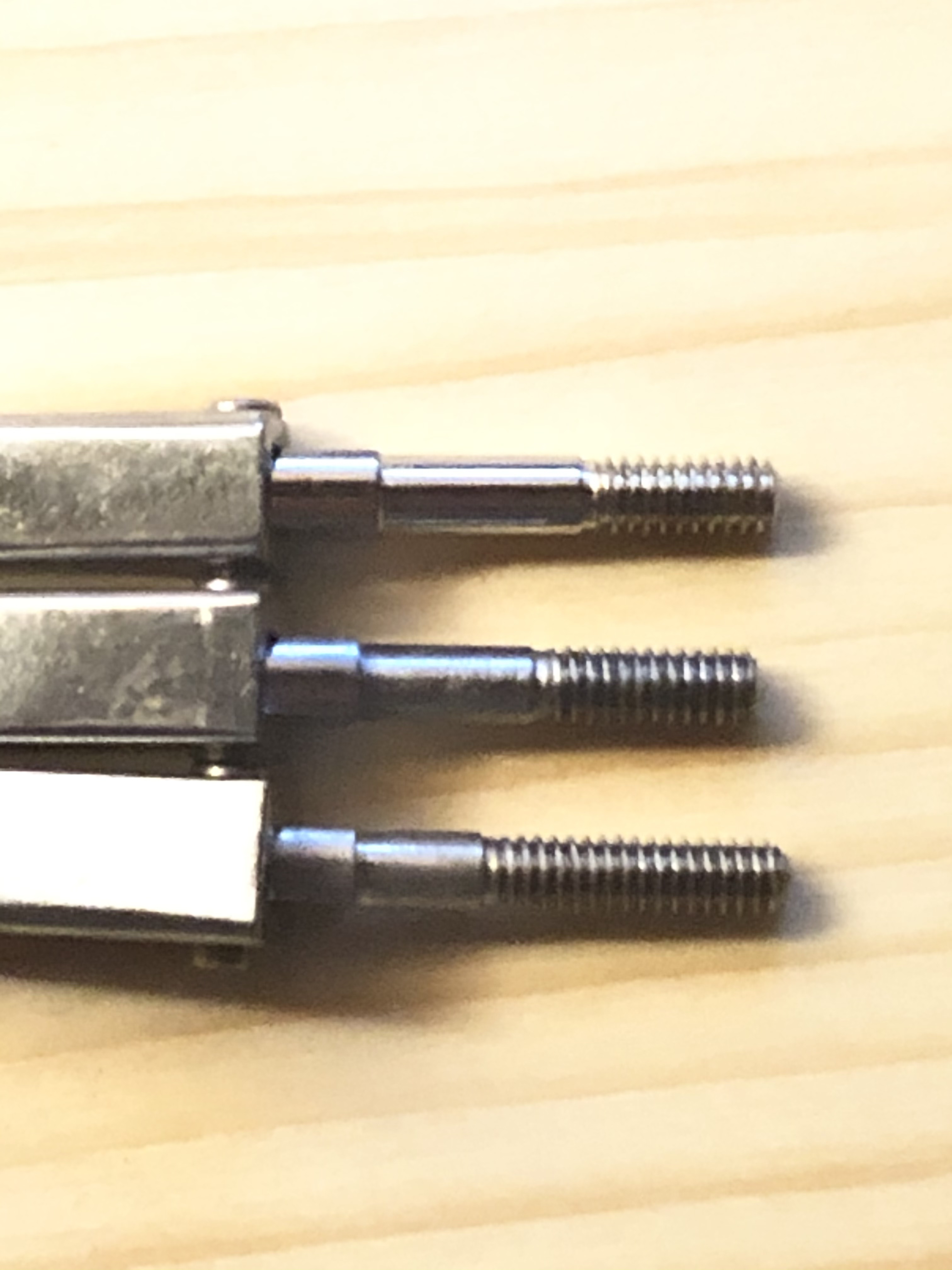 yeah these are three Romans I own. The top two were from different runs of satin clamps.
The bottom is off a Gen 2 graflex assembly which as you mentioned AnubisGuard is very similar to the TGS Gen 2 which you correctly identified.

RPF PREMIUM MEMBER
Be careful posting details of replica flashes and consider that a valid detail of an original.

And I don't think you can say anything about the screw length and thread length while it is installed on a clamp. You can't tell exactly how far it has been screwed in because there's a range of 'tightness' of the clamp that will install neatly. The bayonet fitting allows for a certain amount of difference of how tight the lever is screwed in. So the length sticking out doesn't say anything because it can be rotated one, one and a half, or two twists and it still feels OK.

I will open up a few clamps and measure my vintage lever screws.

roygilsing said:
Be careful posting details of replica flashes and consider that a valid detail of an original.
Click to expand...

roygilsing
Absolutely,
I don’t own any vintage myself to reference;

That’s why I found the variation so head scratching. Unless there is a vintage counterpart for the range of bolts my question won’t really have any validity.
But I realized the part does seem otherwise wholly undocumented relative to the other components in the Graflex research threads (vintage or replica alike).

Here are 2 of the levers that I've posted earlier back on the clamps. Taken out they look about the same length, but mounted they look very differently: 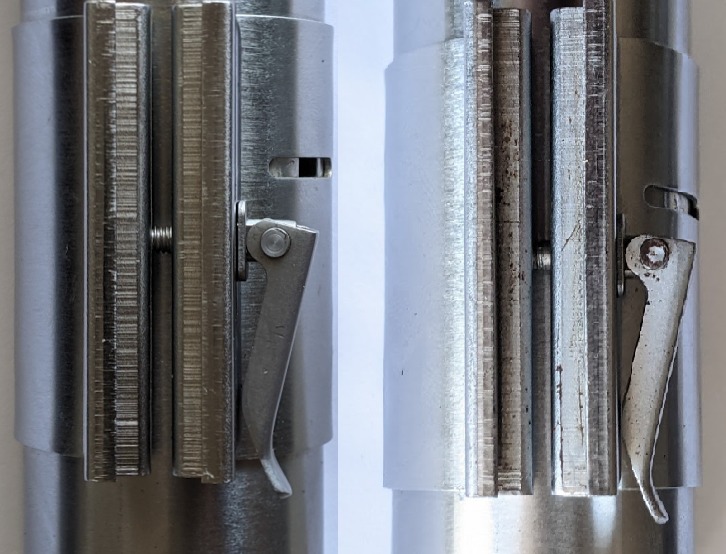 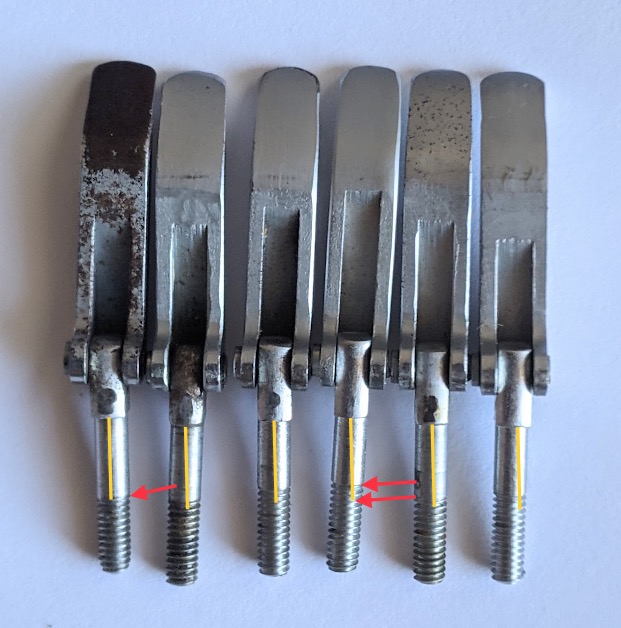 yeah so that’s where I’m seeing the correlation there.

Here are 4 of my vintage levers. I'm not absolutely certain, but the most right one was on a Folmer graflex, the others probably not.
They are all pretty much the same in shape, except the inner slot. The thread length varies between 8 and 10mm.

RPF PREMIUM MEMBER
A quick question about New York Folmer stamp alignment. Is the alignment considered. good when it's in the locked position? I would assume soo as it seems easy enough to rotate the base to a proper alignment tomatch the Wampa Cave build, correct? Thanks!

Tuesday at 11:17 AM
Metaphysics