Frank Eddy (My creation) and Chucky!

Well when I was over at a friends this weekend (almost every weekend) I saw this doll, I have saw it many times in the garage,in the rain, on the porch,ran over(his head is busted in the back from it but he is plastic so its just a crack) in the house,etc. I was thinking over the months I am going to get that darn doll. Well My friend has a cousin thats four years old and I saw the doll again this weekend, no one likes it. It was hanging up on some blinds where the 4 year old and a six year old hung it up,they hate it. I knew the grandmother was about to throw it away, I asked my friend if I could have it. He said "sure take the ugly thing, I might throw it away before you leave hahaha" fortunately I hid it in my bag and When I go t home I was like your creepy and weird just like me, He was made in 1974 not worth much though, So I took my child level skills and "creepified" him up even more. This was the end result.

I took some pics of him and one with him and Chucky (I love chucky too) I called Chucky his uncle.

I sent a picture of Frank Eddy (the dolls name) to my friend, He said "It looks like it crawled out of hell, It creeps me out, throw it away"

The "mods" I guess you could say I did was do the dark lips and nails,did some dark eyes to brighten the stare,Risen and slanted the eye brows for the evil pissed off look. Colored the cheeks (and mixed the colors for the perfect look for the skin completion) for the clown effect,the pentagram for a satanic feel along with the 666 thing. Some blood splatter and colored the hair for another clown doll like hint.

Well I really didn't know where to post but I thought some of my hunter friends might enjoy it, I named him Frank Eddy just for the fun of it. 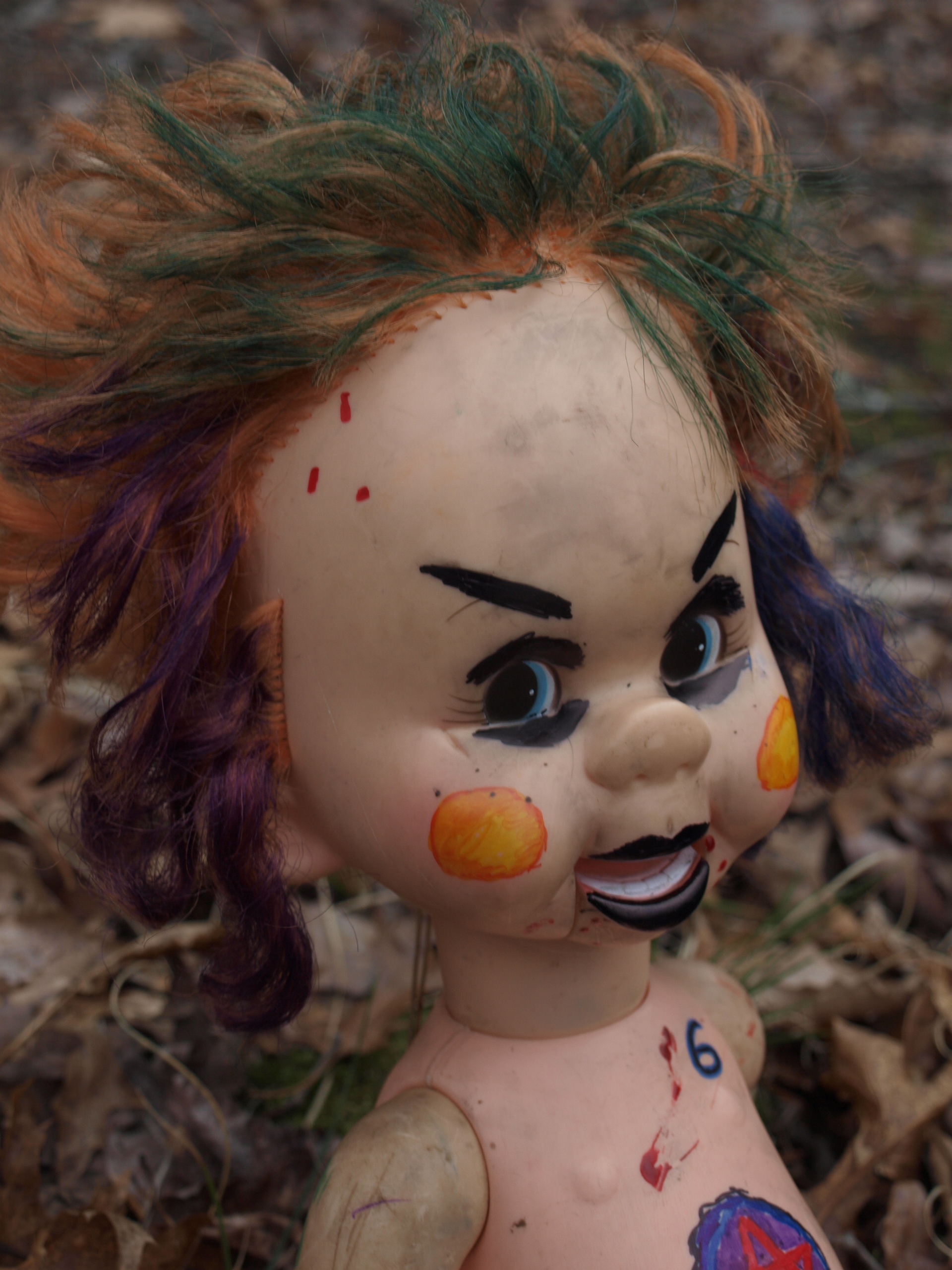 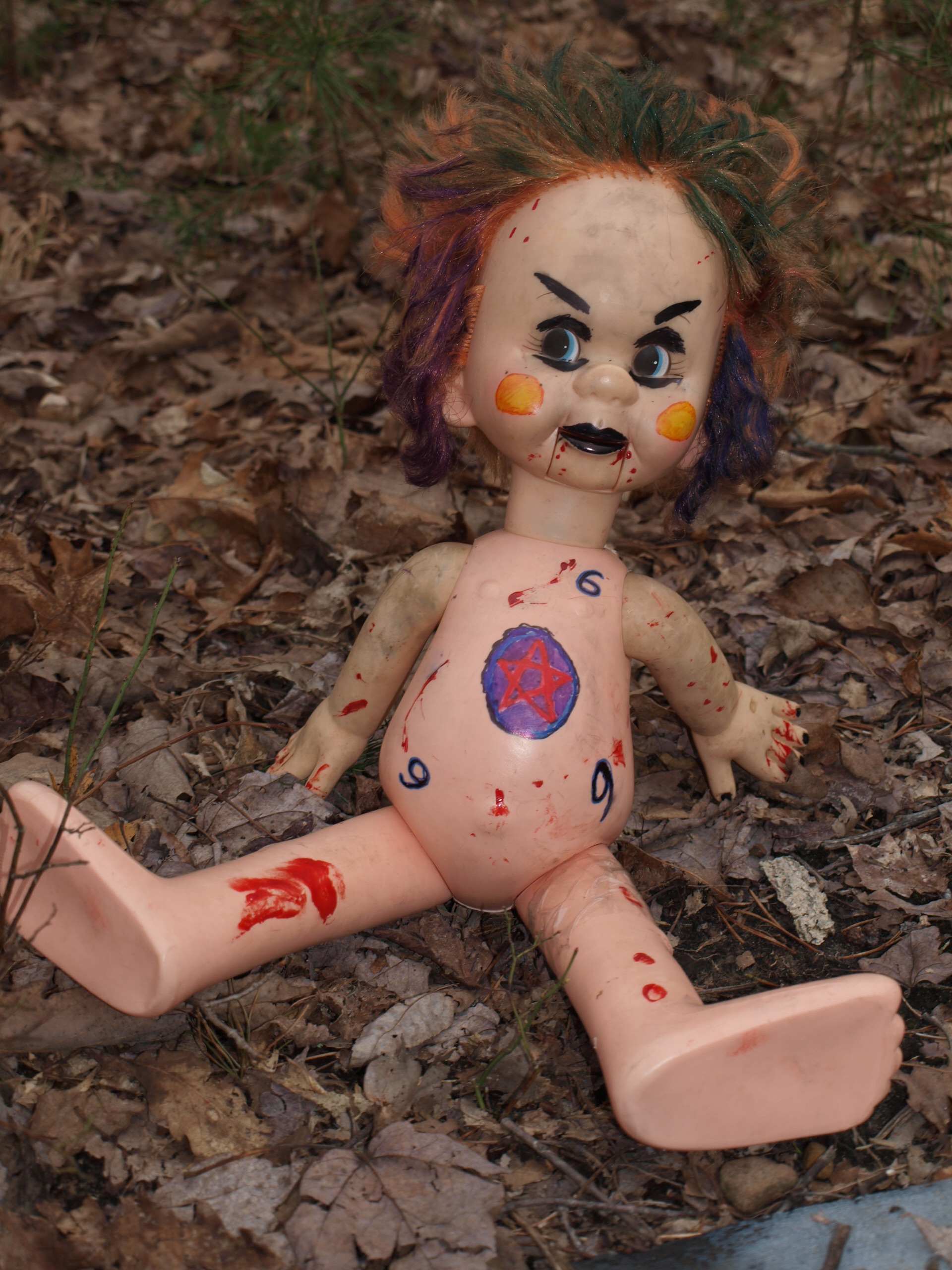 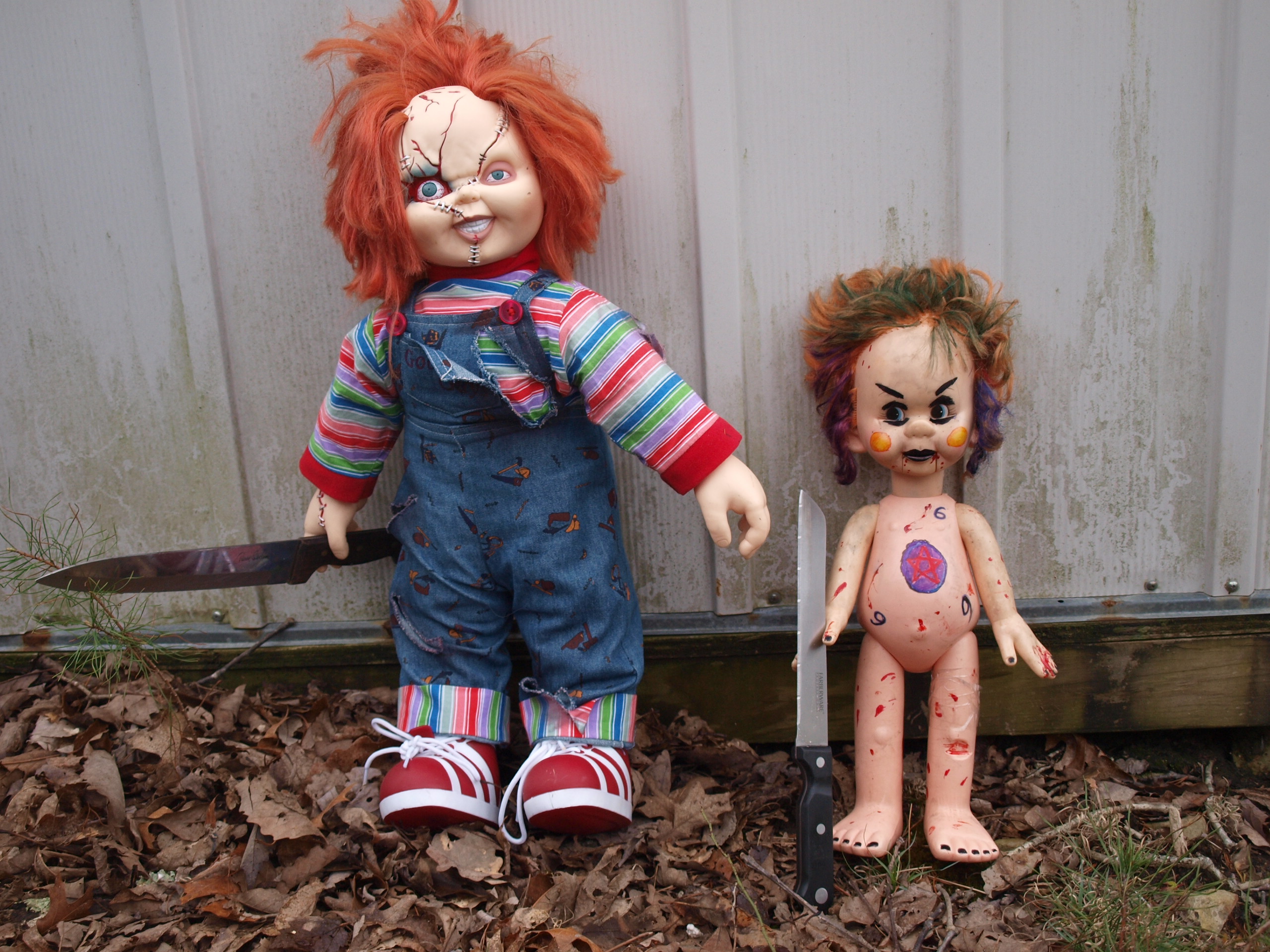